Bartow County is named for Francis Bartow, who was a Colonel during the First Battle of Manassas ( Bull Run ).

Description:  The building faces southeast and is a two story red colored brick, stone and concrete structure. The building is located on landscaped grounds in the center of Cartersville. The southeast front has a large portico with six columns rising to a wide pediment at the roof line. There is a balcony on the second story. On the center of the roof is a large octagonal dome with clock and gold colored roof at the top. The courtroom is located on the second story. 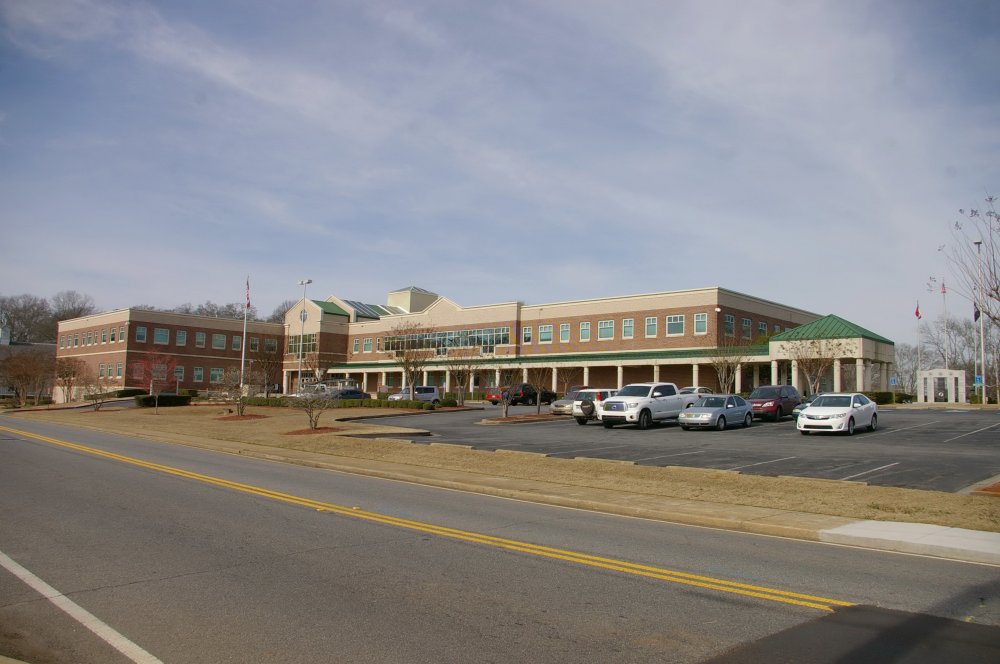 Description:  The building faces southeast and is a two story brown colored brick and concrete structure. The building is located on landscaped grounds in the center of Cartersville  to the west of the old courthouse. The building forms an “L” shape with the east section having a long porch on the first story supported by pillars. The roof line is flat. At the west end of this section is the main entrance which projects from the main building rises to a peak above the roof line. Adjoining on the west side is a rectangular section which extends south and has a flat roof line.

Description:  The building faces west and is a two story red colored brick and wood structure. The building was constructed as the second courthouse and is now the Bartow History Museum. 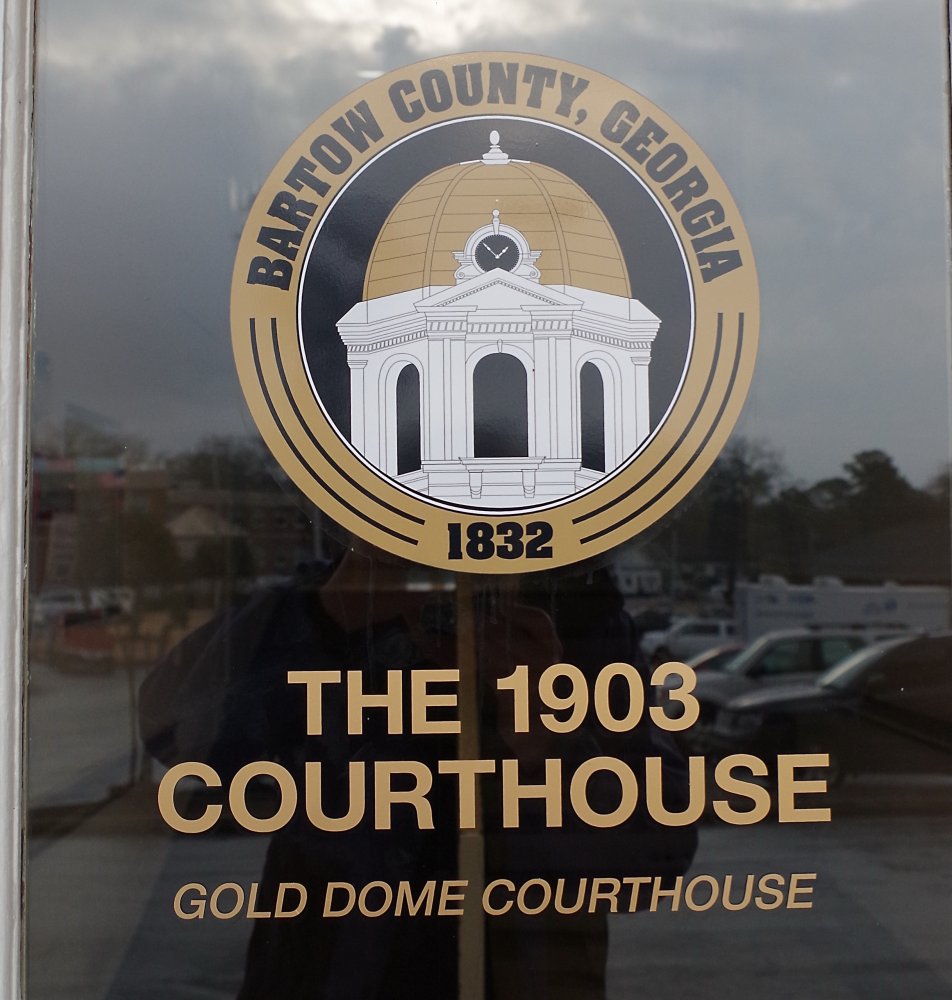 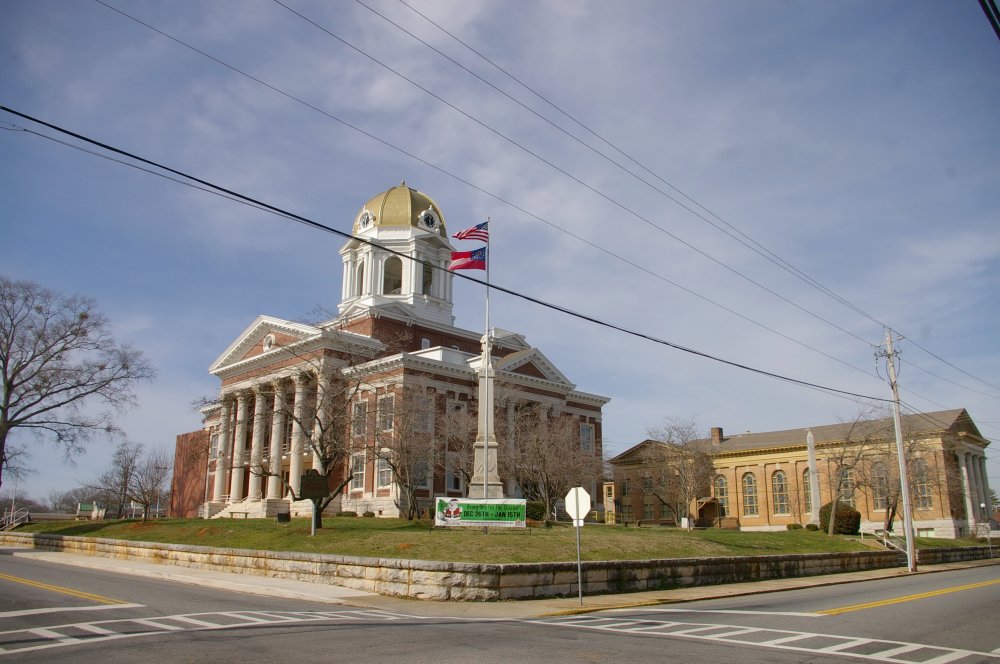 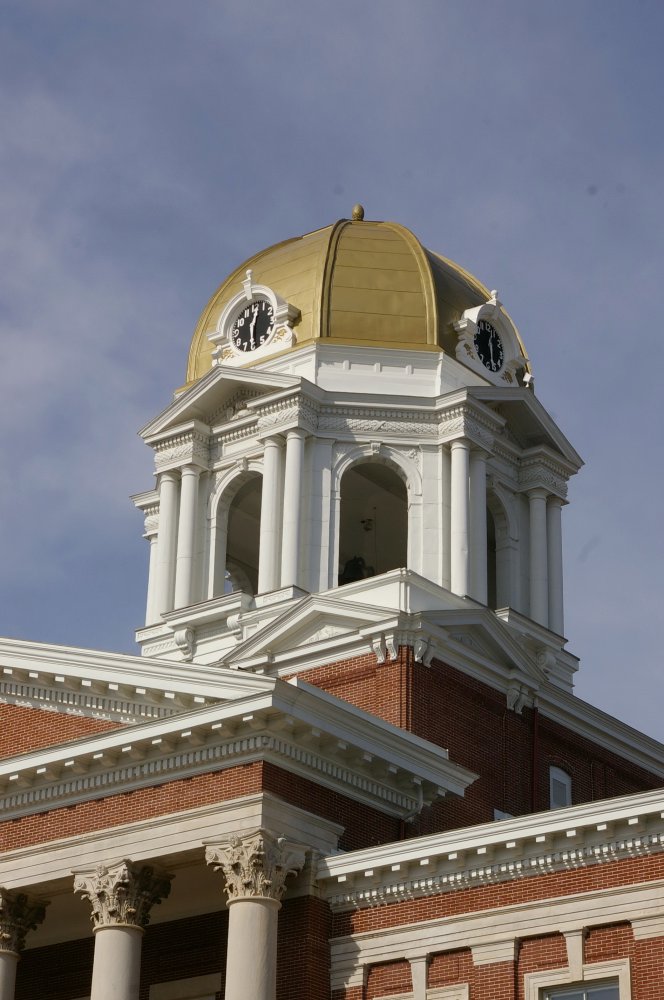 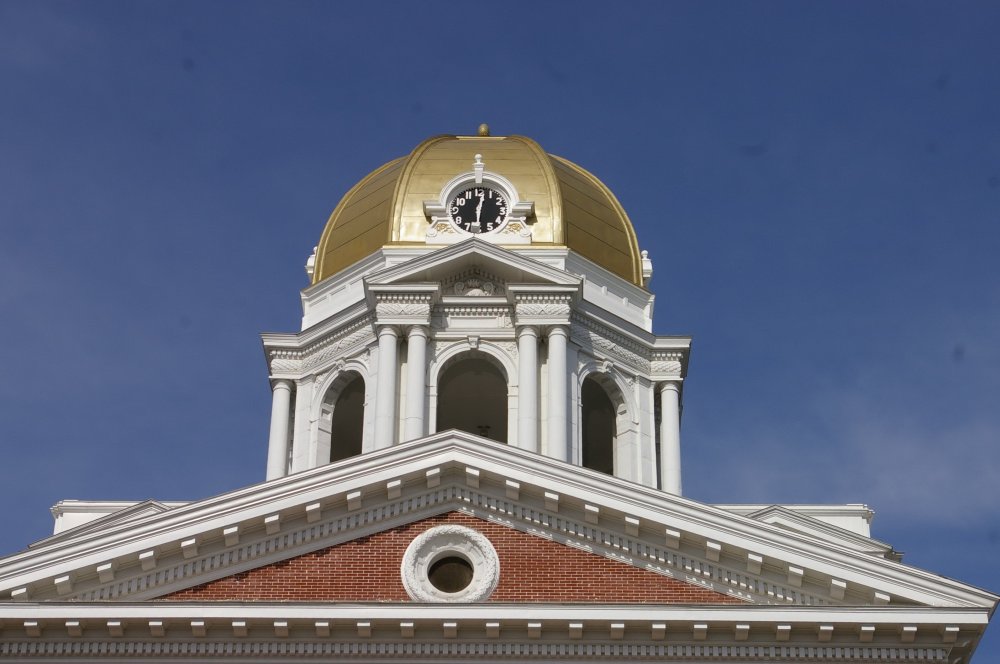 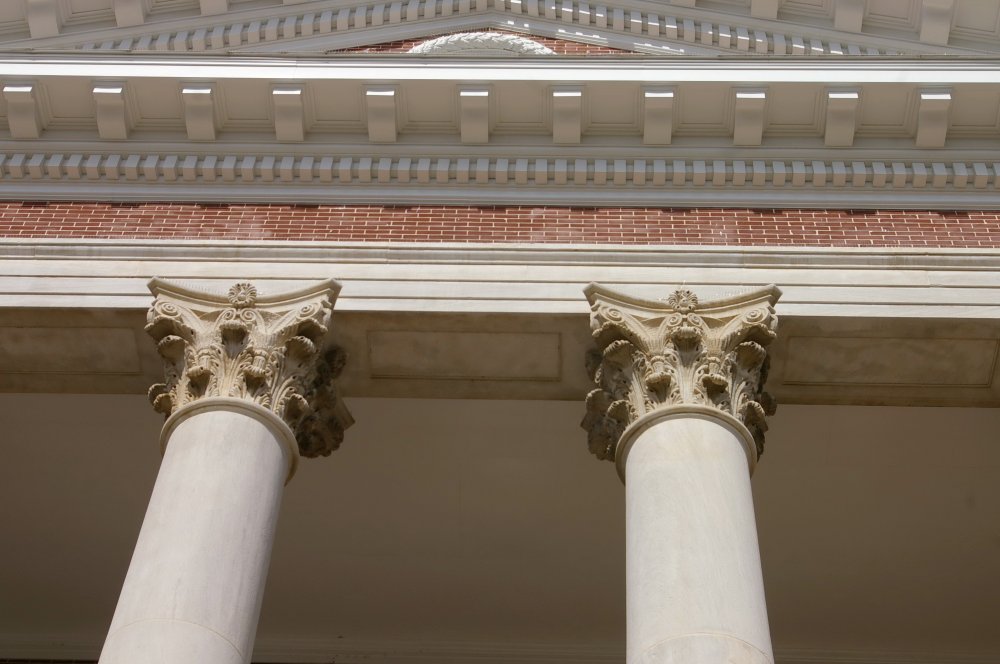 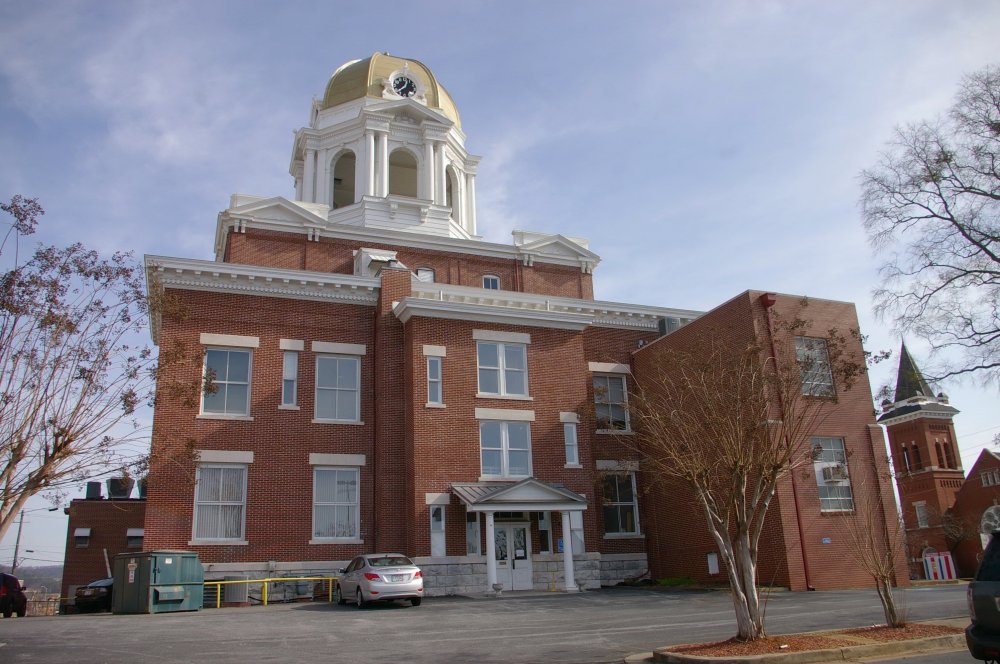 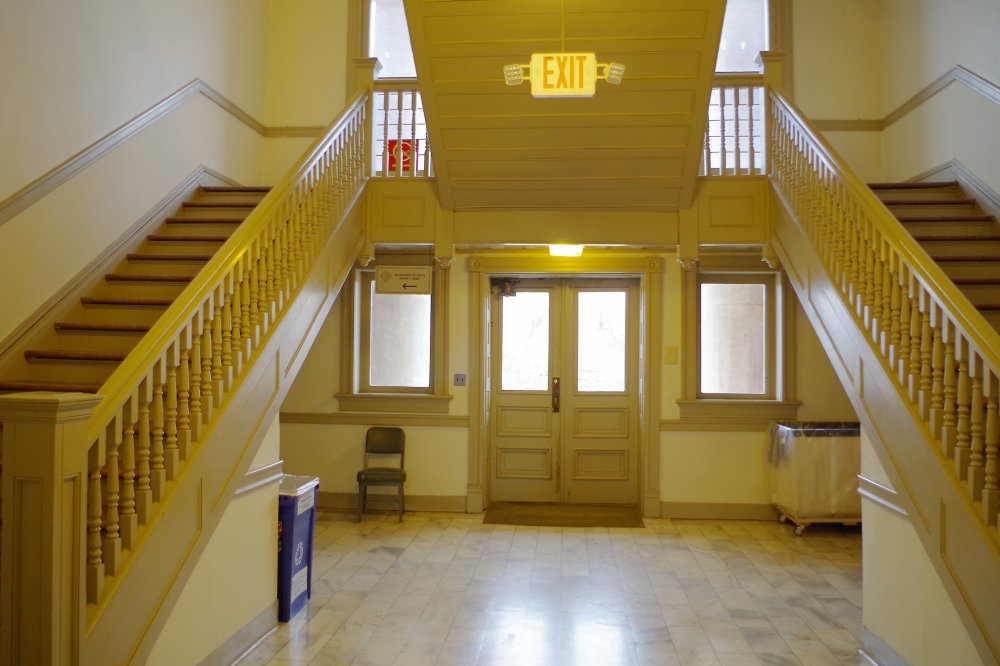 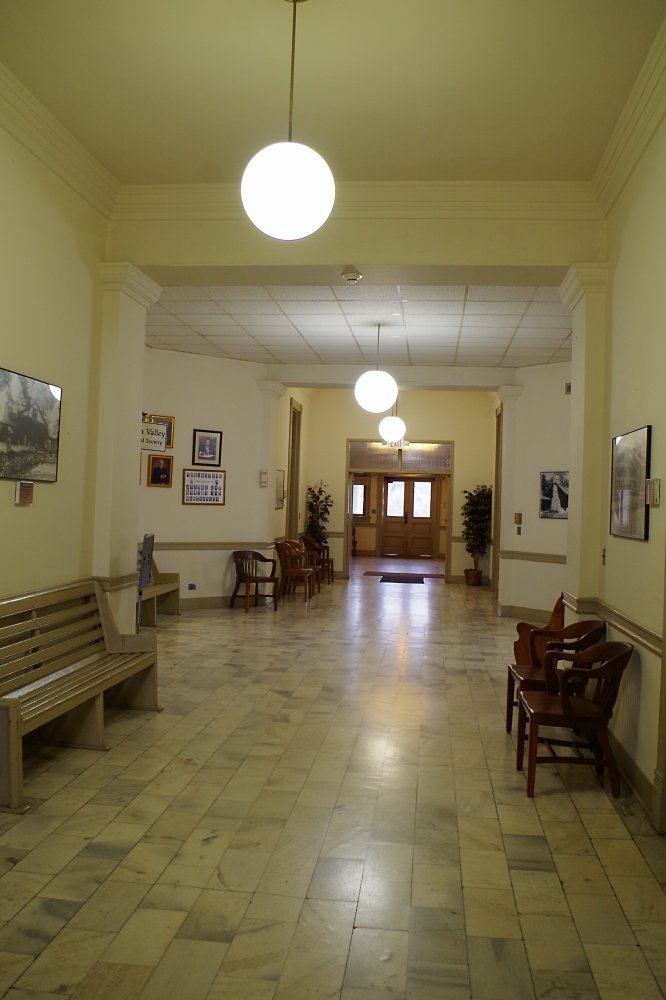 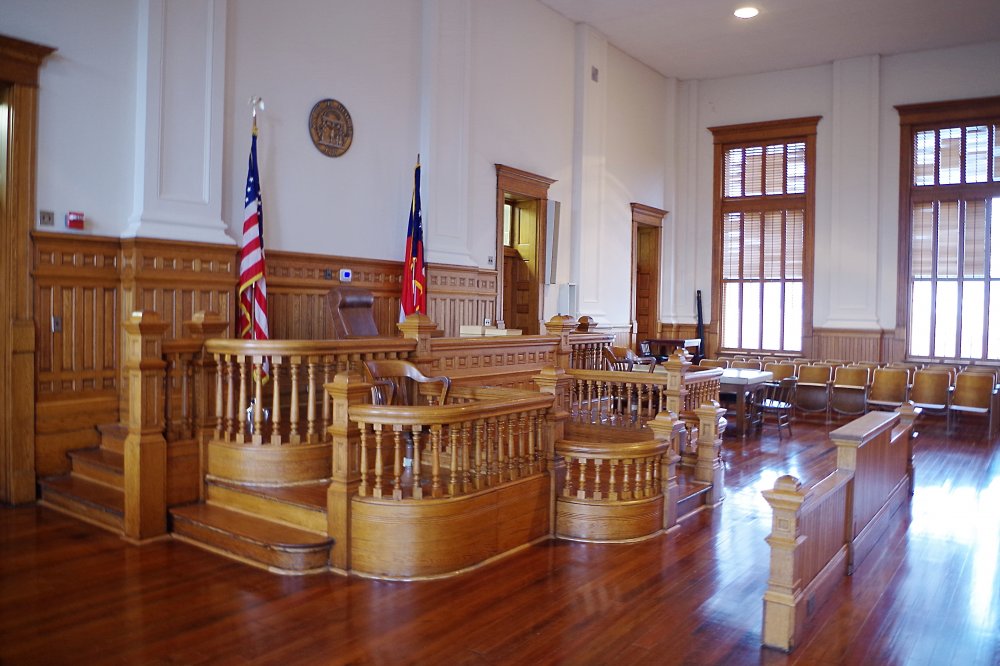 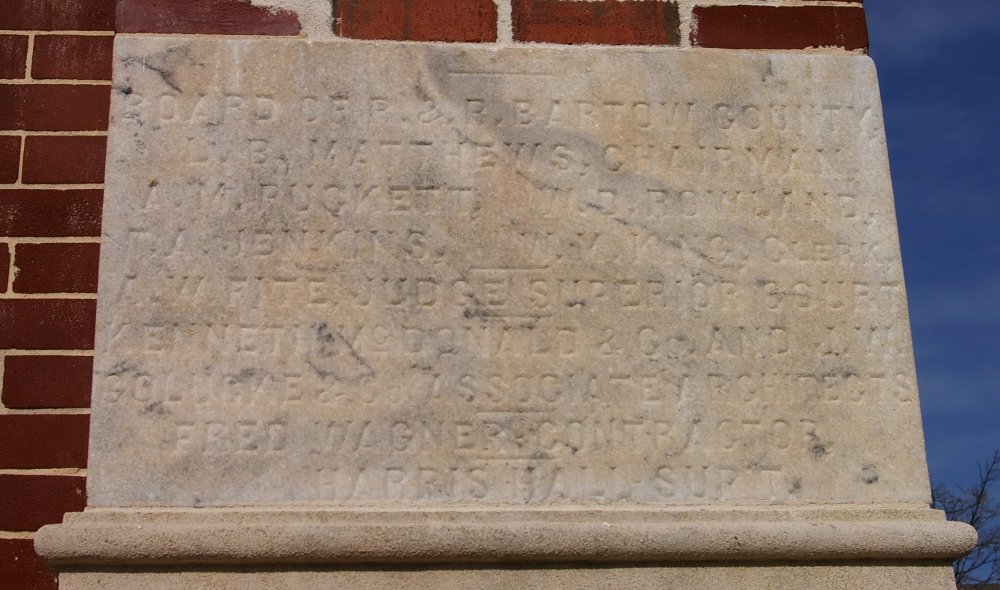 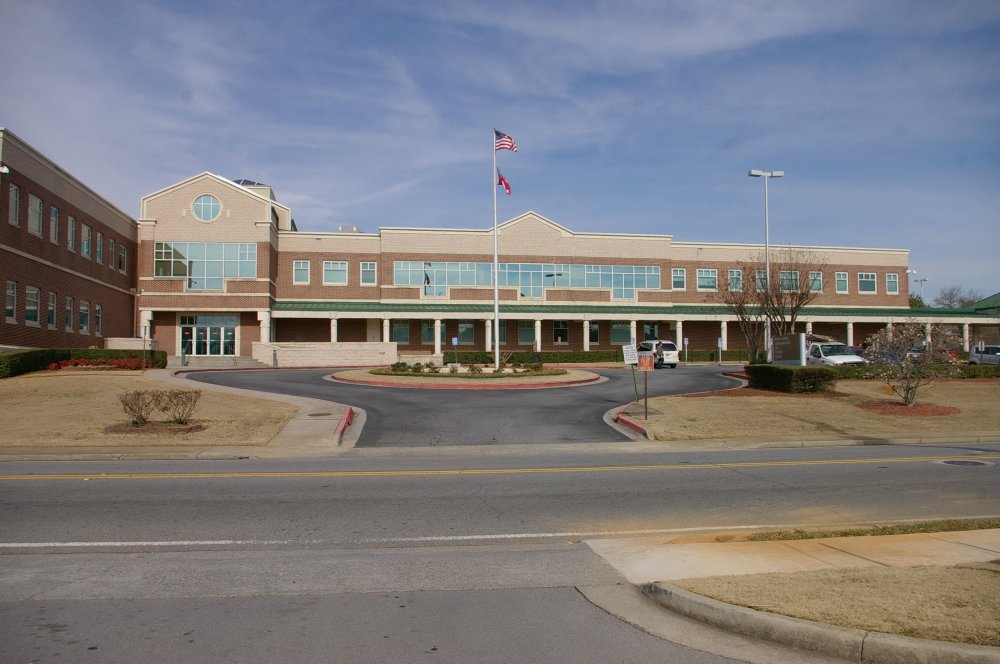