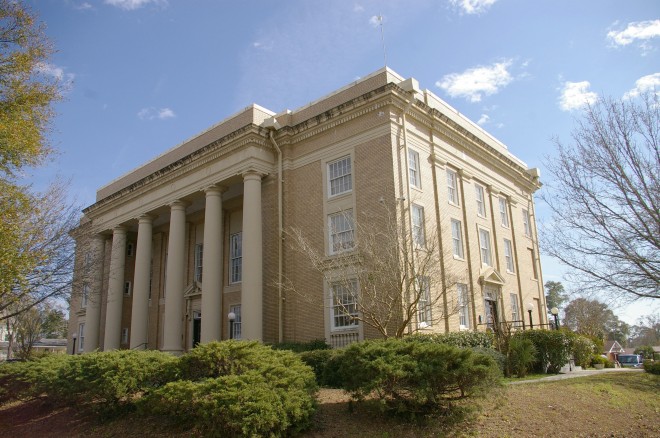 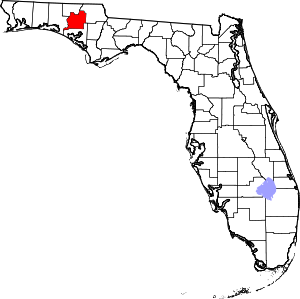 Description: The building faced north and was a three story buff colored brick, stone and concrete structure. The building was located on landscaped grounds in the center of Chipley. The north front had a large porch with six large columns rising to a header at the top of the third story. The entrance was trimmed with stone. A wide cornice run below the flat roof line. The cornerstone from the 1896 courthouse in Vernon was located in the building. The courthouse was demolisged in 2014 when the present courthouse was constructed on the same site. 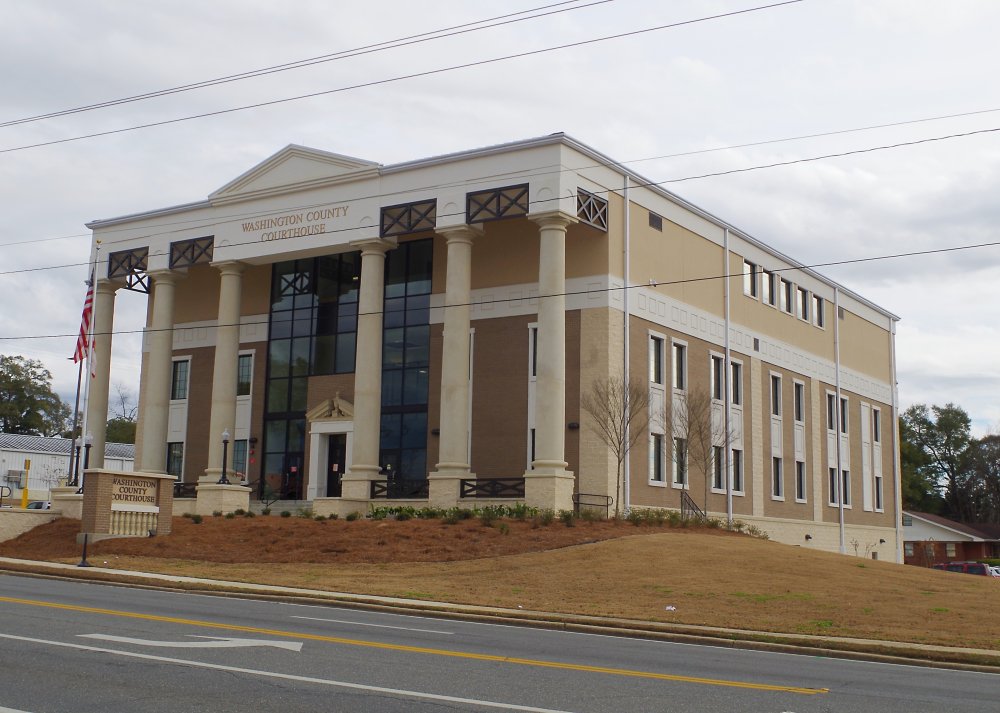 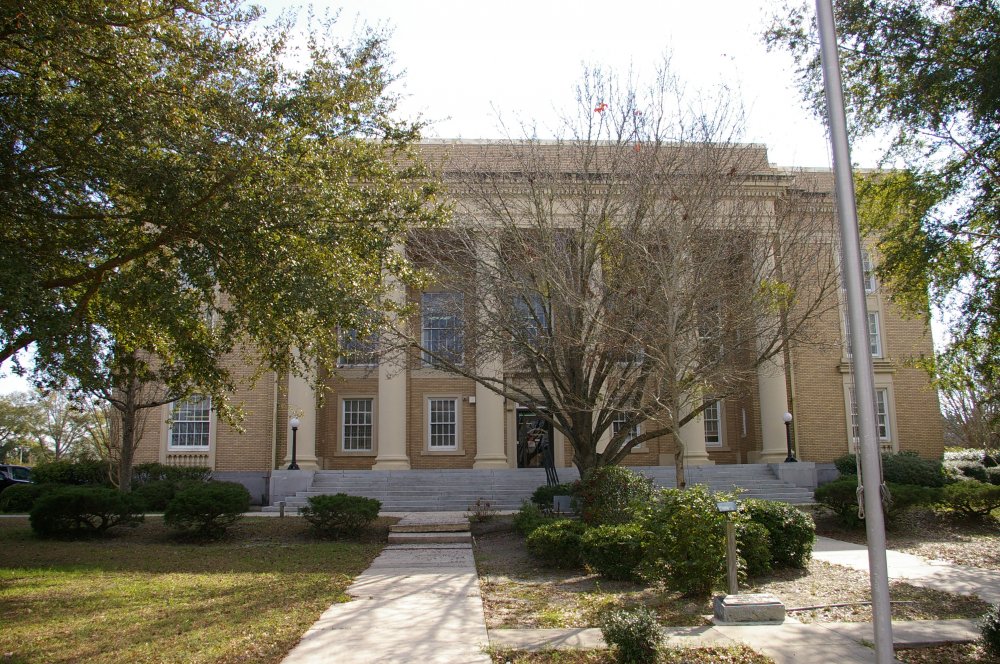 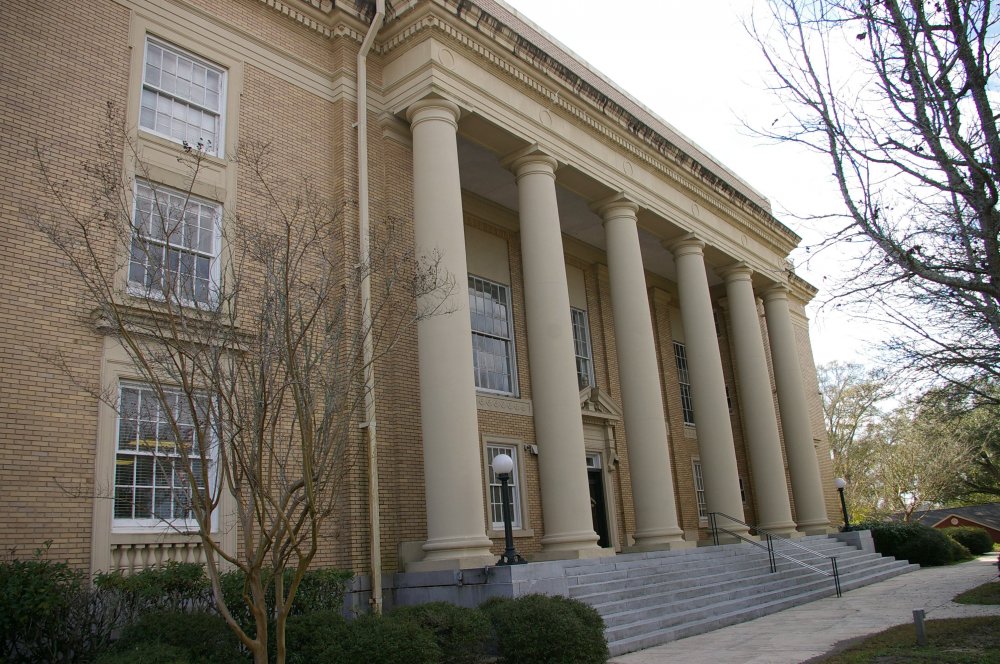 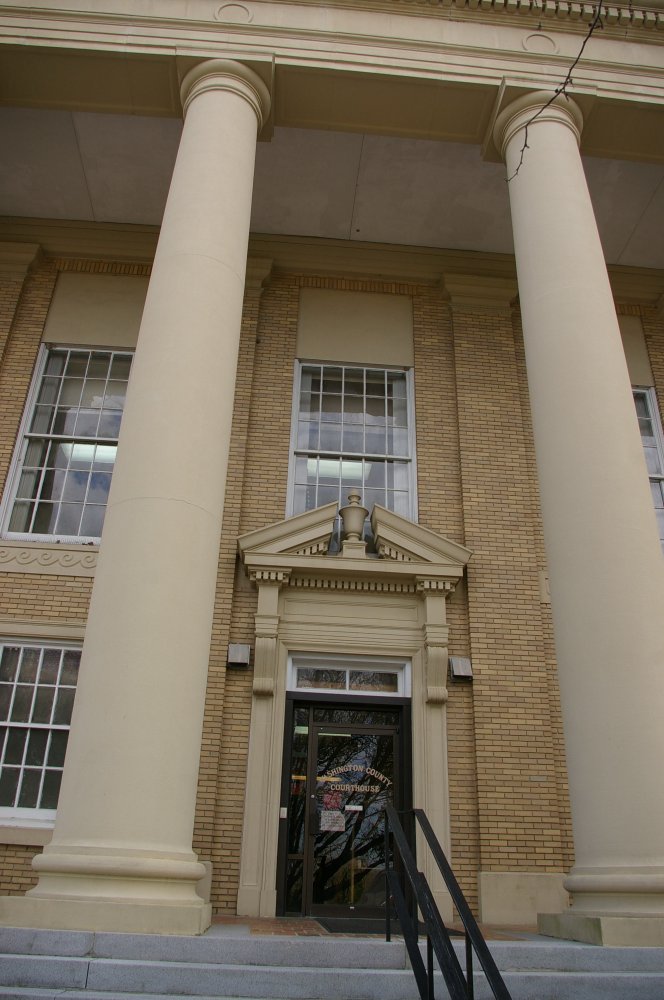 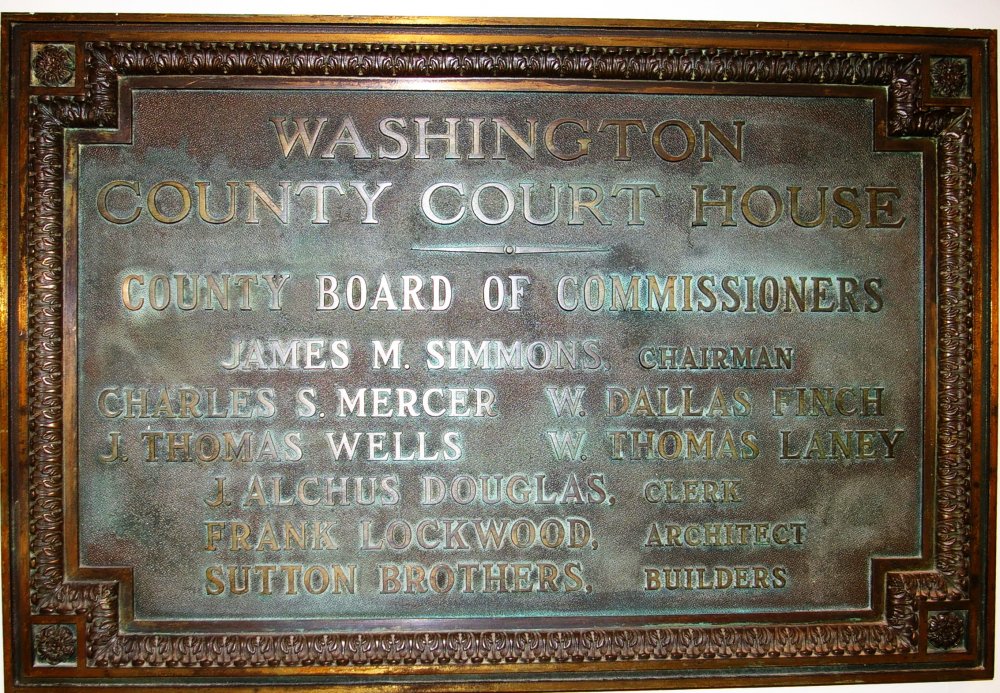 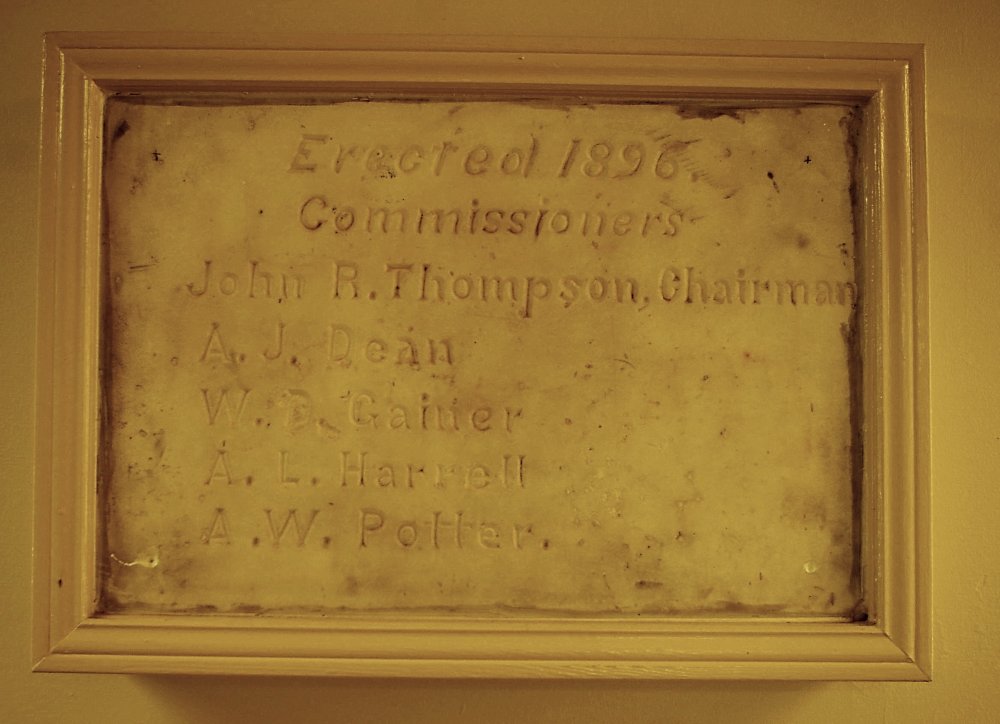 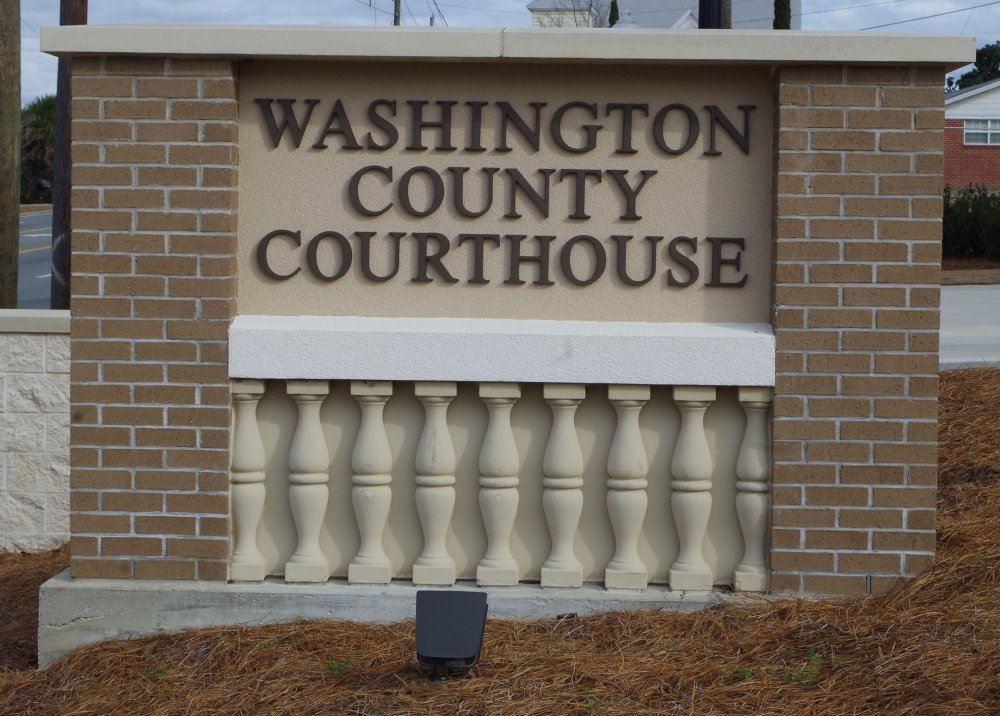 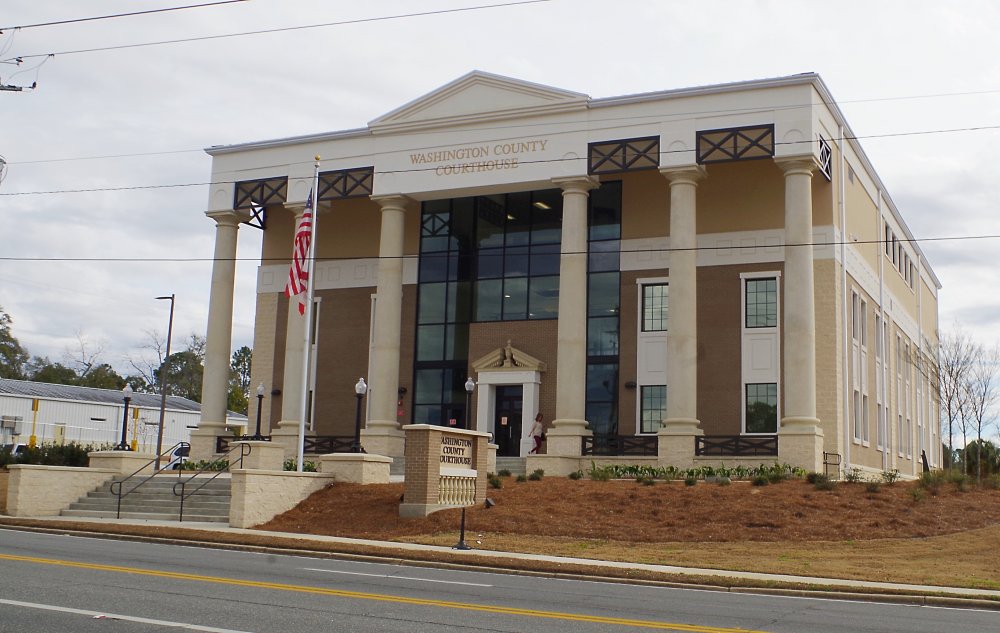 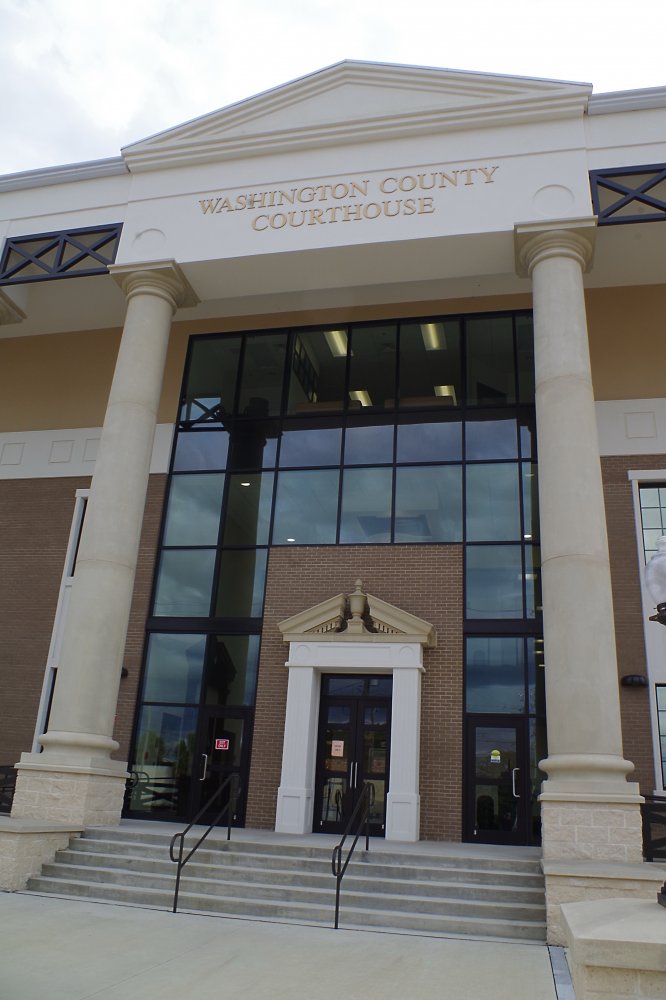 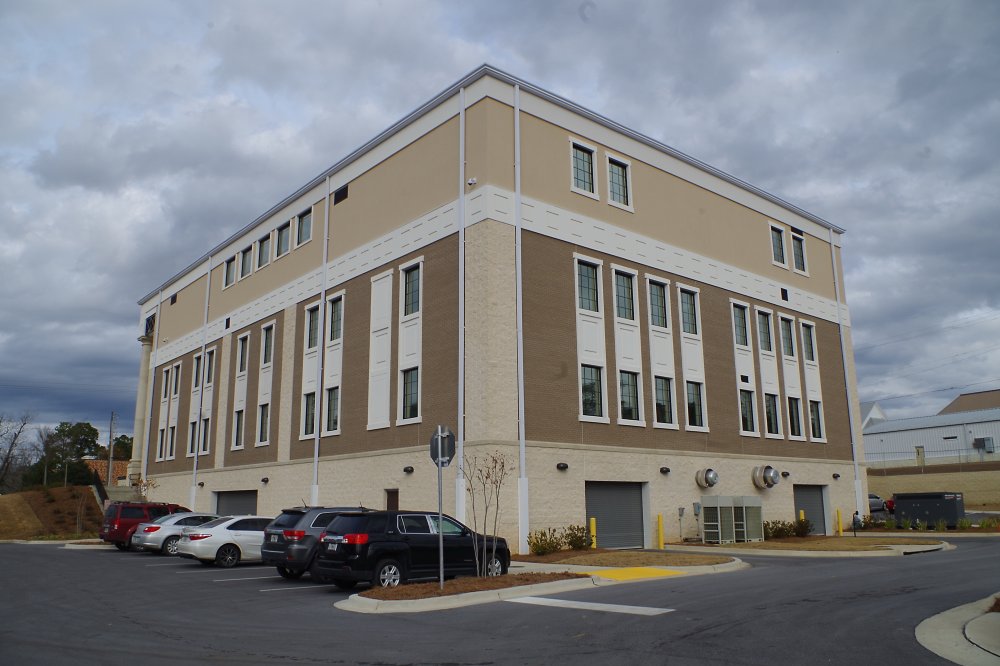 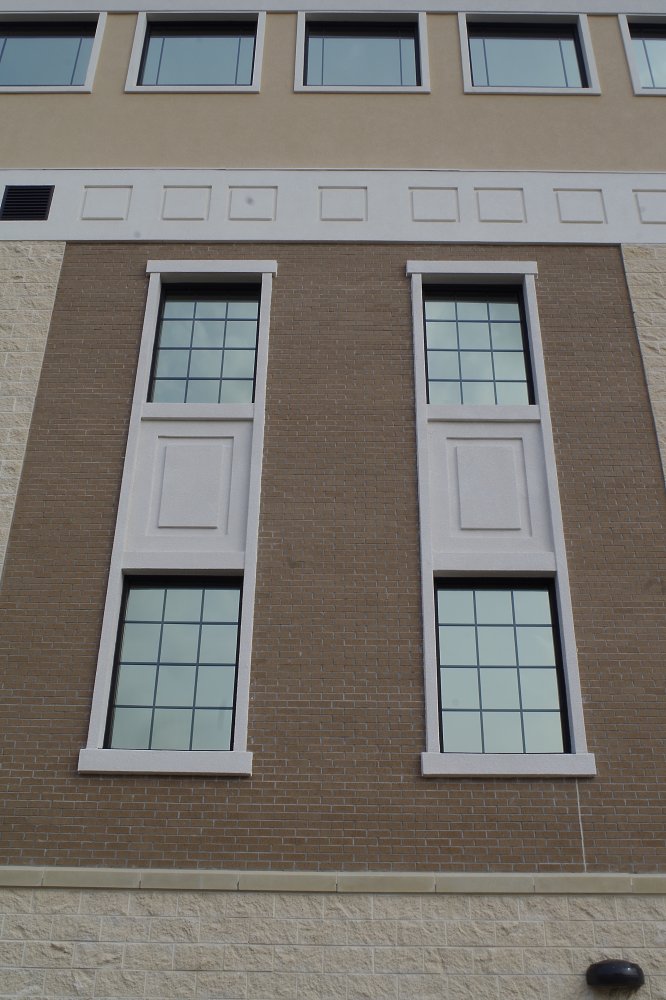 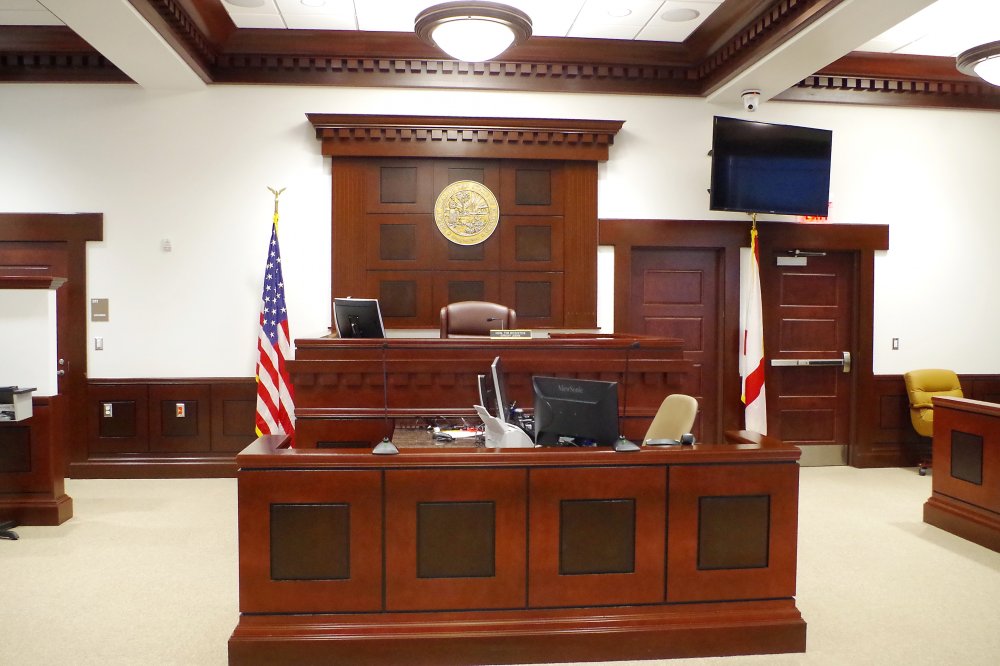 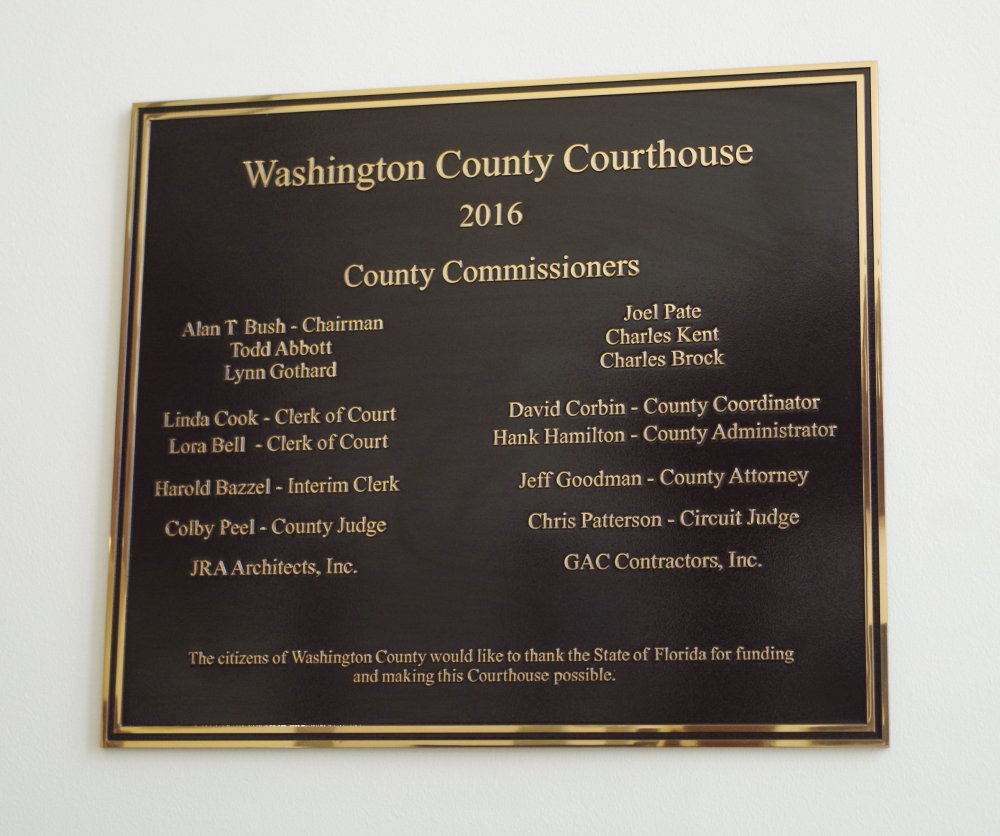