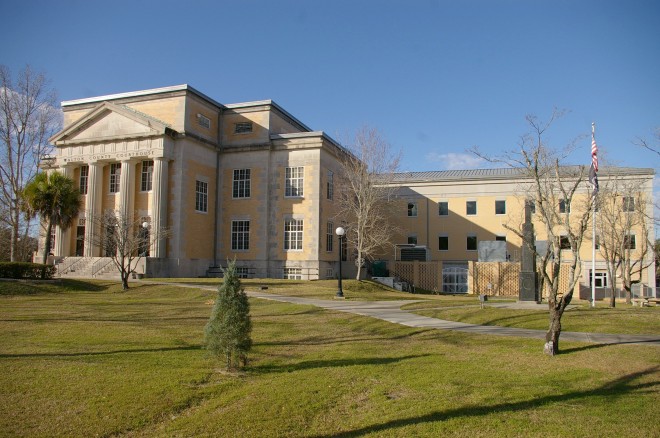 Walton County is named for George Walton, who was Secretary of the Florida Territory from 1821 to 1826. 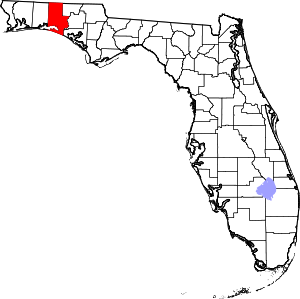 Description: The building faces south and is a three story buff colored brick, stone and concrete structure. The building is located on spacious landscaped grounds in the center of De Funiak Springs. The south front projects from the main building and has a portico supported by four large columns rising to a pediment at the third story. The east and west wings are lower in height. The roof line is flat. In the interior, the County Circuit Court courtroom is located on the second story. On the north side the new section extends east from the main building and the east front has a curved entrance with columns.  The roof is sloped. The building houses the County Circuit Court of the 1st Judicial Circuit and County Court. The County Courthouse Addition was added in 2007. The architect was Hatch, Mott, MacDonald Florida, LLC and the contractor was Speagle Construction, Inc.

See: The architect, Warren, Knight & Davis of Birmingham, Alabama, designed courthouses in Franklin County and Gulf County, and in Alabama in Elmore County and Lawrence County.

Note:  The highest point in Florida is Britton Hill at 345 feet ( 105 meters ) which is located in the county. 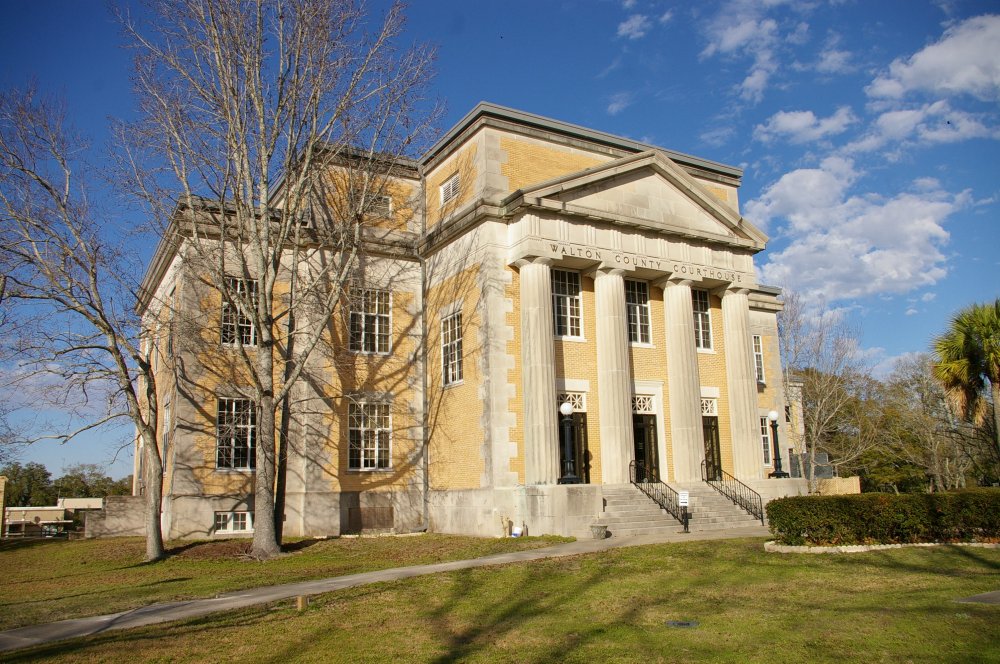 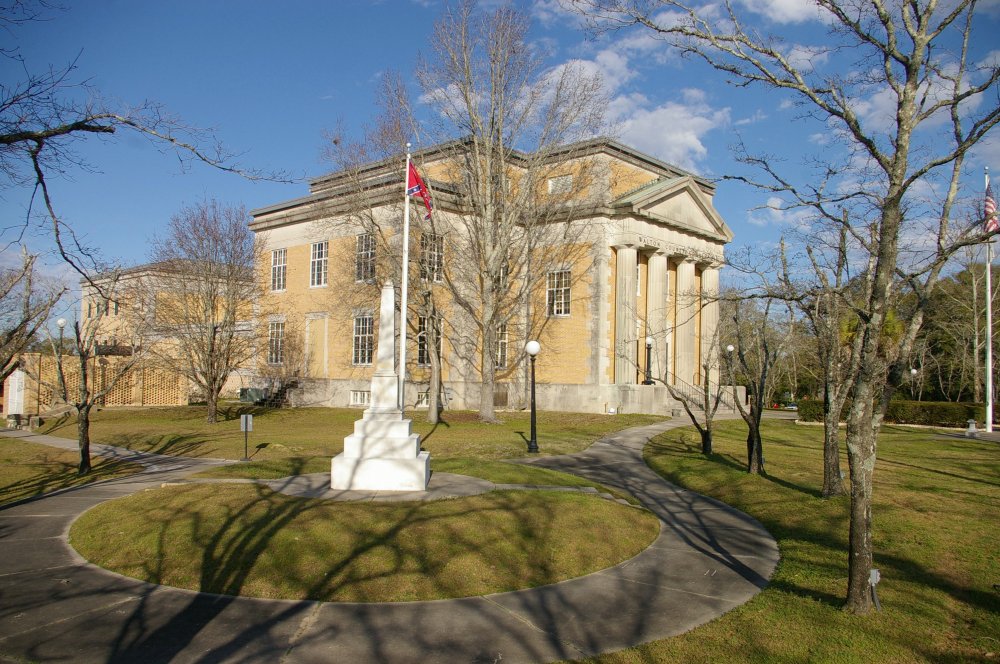 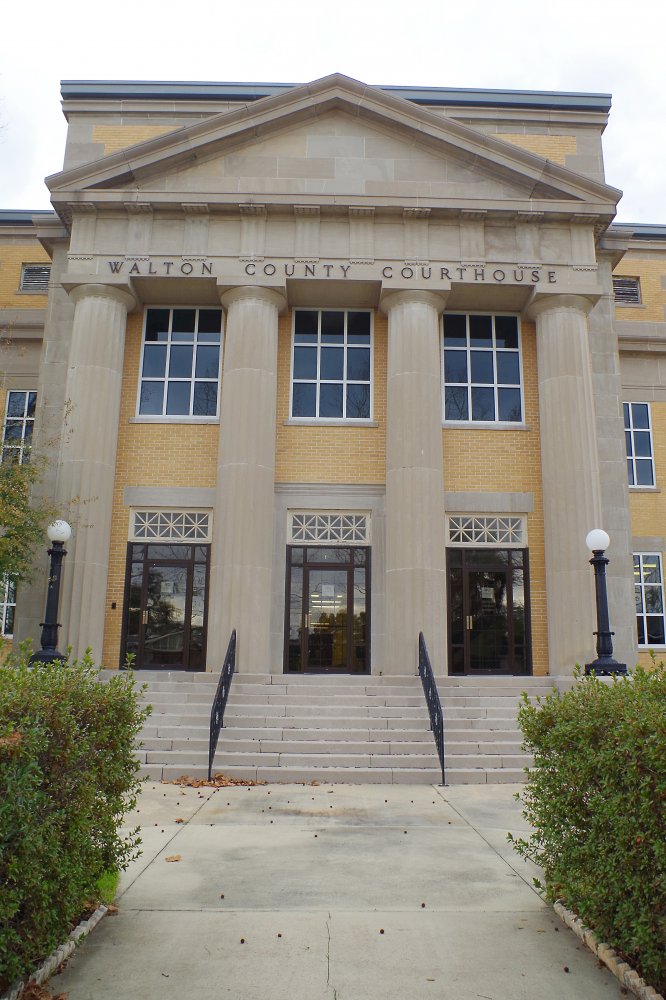