Sumter County is named for Sumter, South Carolina, from whence a number of settlers originated. 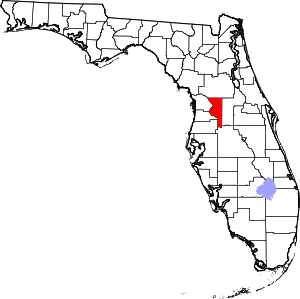 Description: The building faces west and is a two story brown colored brick, stone and concrete structure. The building is located on landscaped grounds in the center of Bushnell and has a large church-like portico on the west front with four high white colored columns forming high arches. At each end of the portico are brick towers with octagonal cupolas at the top with red colored roofs. The courtroom is located on the third story. An addition was constructed in 1974. The architect was Louis C George and the contractor was P & C Thompson Brothers and Walton T Locke. The building is connected to the County Judicial Building on the east side. The building was renovated in 2013. The architect was Rowe Architects. 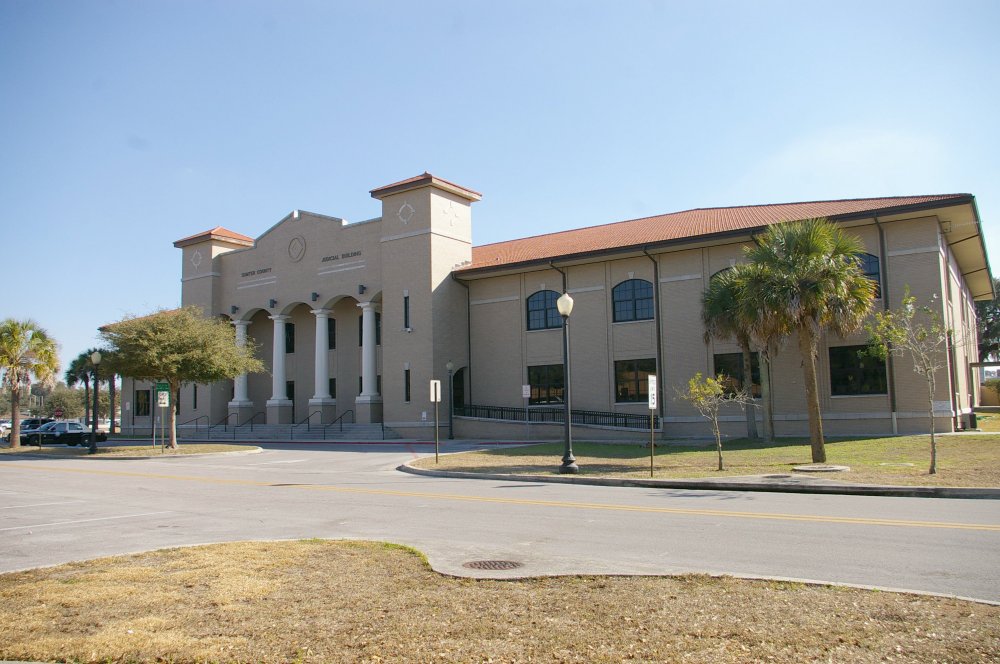 Description: The building faces north and is a two story brown colored brick, concrete and glass structure. The building is located on landscaped grounds in the center of Bushnell and is connected to the courthouse on the west side. The north front of the building has a portico similar to the courthouse with four white colored columns and recessed entrance. 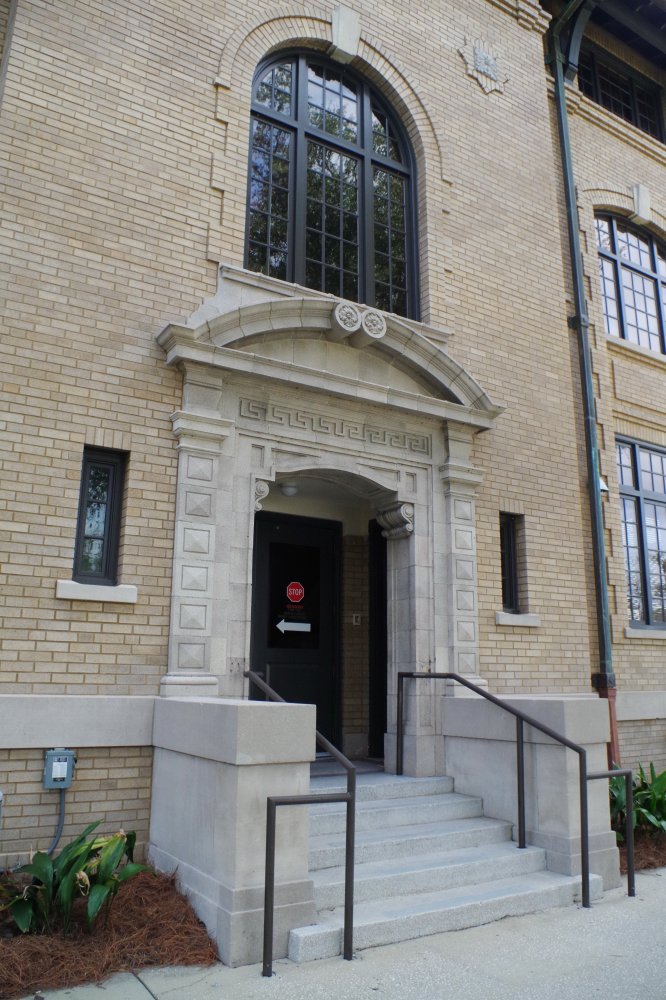 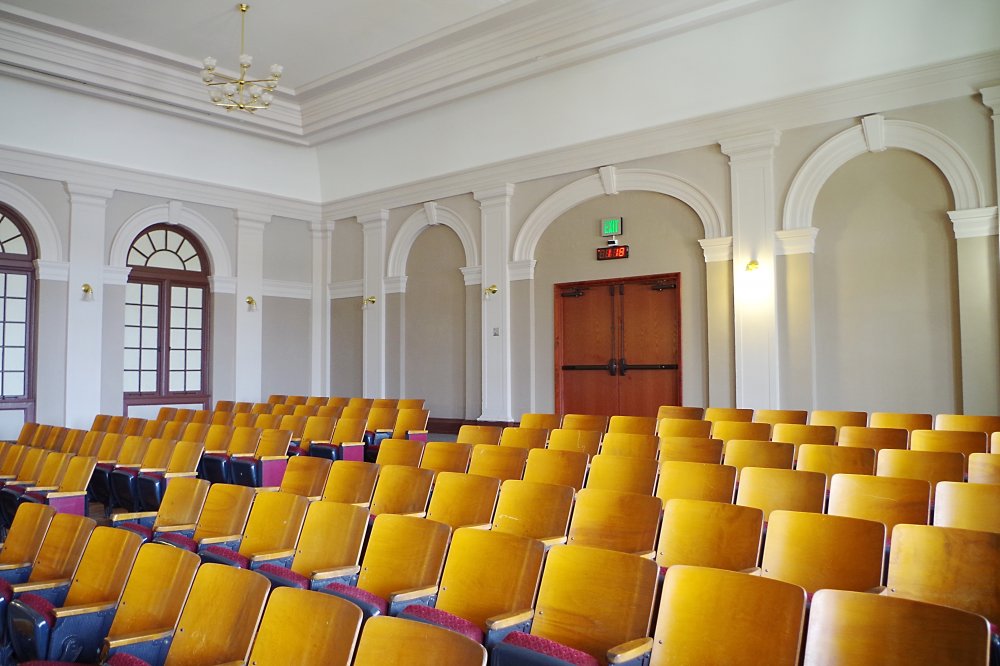 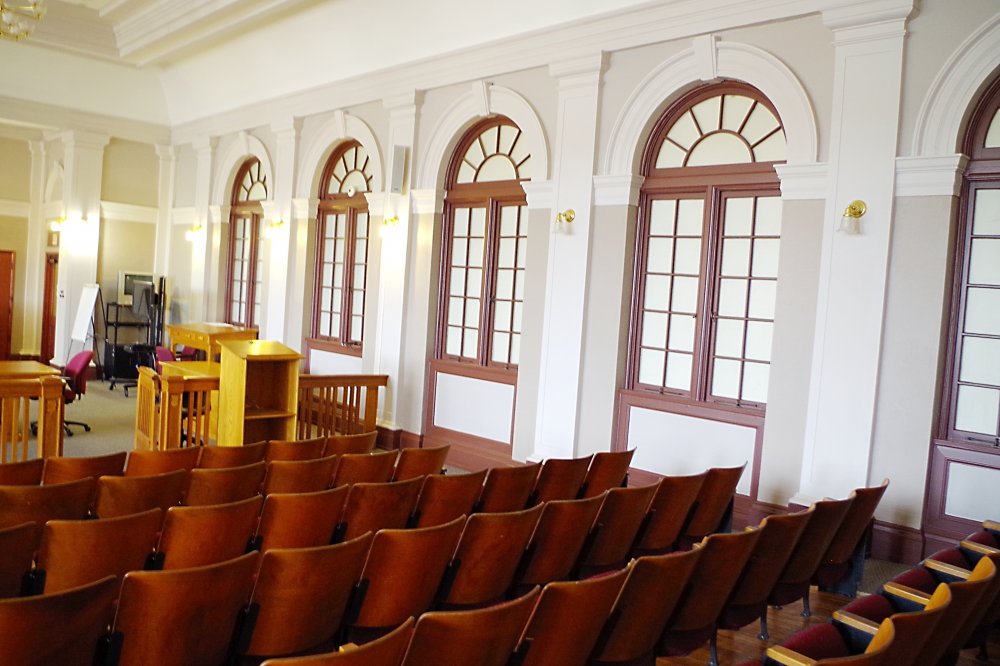 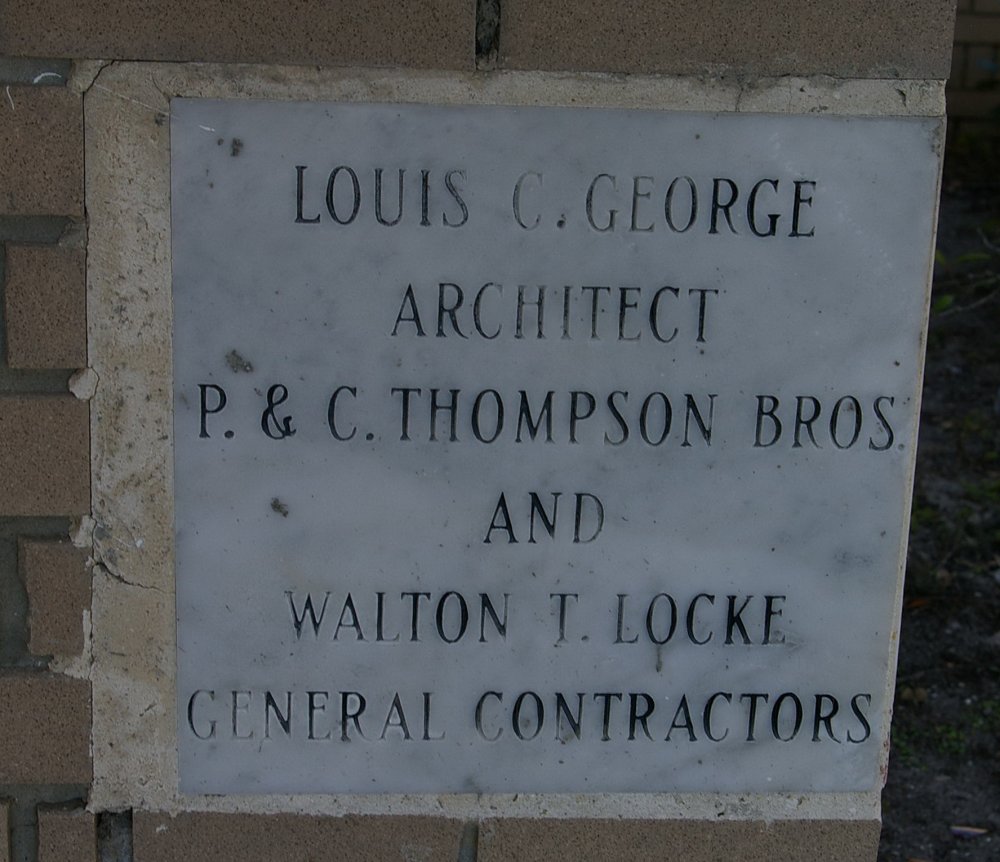