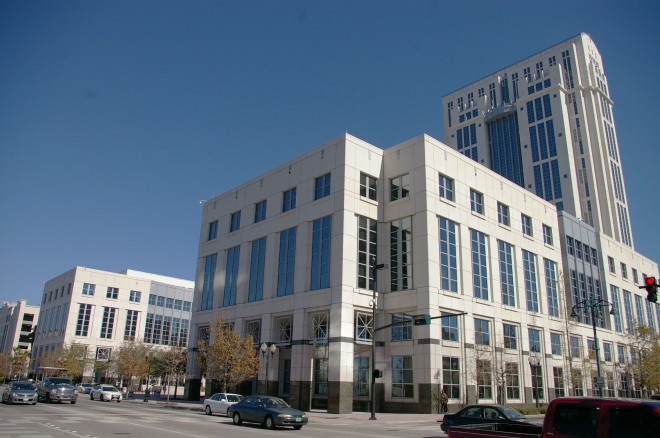 Orange County is named for the orange orchards which are located in the county. 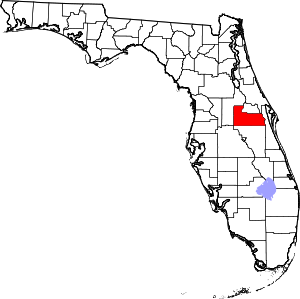 Description: The building faces west and is a twenty three story glass and concrete structure. The building is located on landscaped grounds in the center of Orlando. The north and south wings are five story. The central tower is on the east side with a plaza on the west side. The central entrance is a high semicircular. 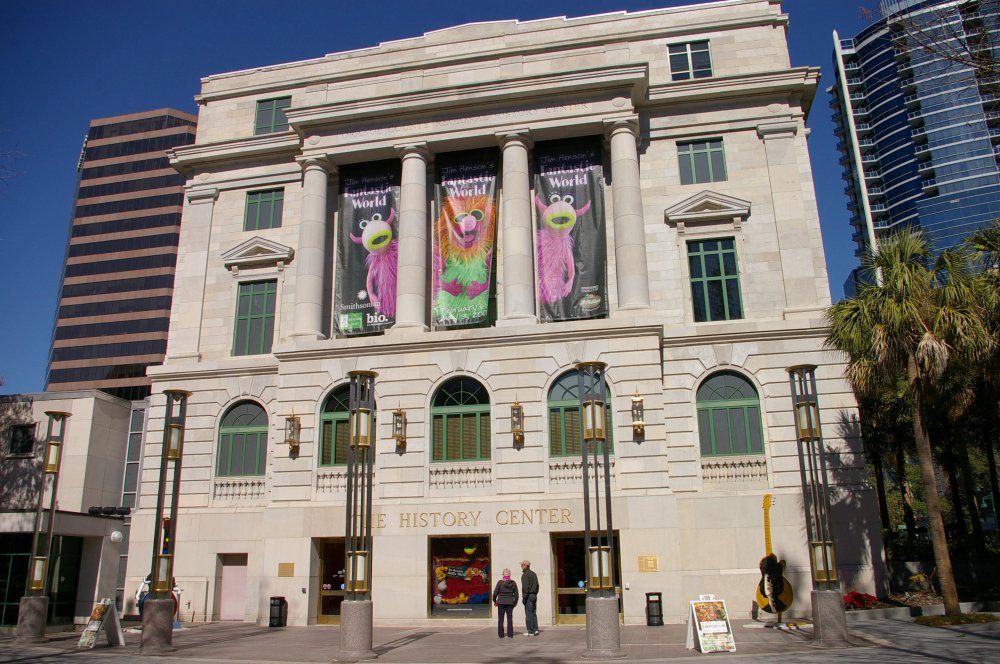 Contractor:  A Bentley and Sons Company

Description: The building faces south and Built in 1926, the building is a five story Indians limestone, steel and concrete structure. The building is located on landscaped grounds in the center of Orlando. The south front has three central arches at the entrances. On the second story are high vertical windows. A cornice runs above the second story. The fifth story has small windows. The roof line is flat. The architect was Murray S King and James King and the contractor was[j1]  A Bentley and Sons Company. An annex was constructed in 1960. The building houses the Orange County Regional History Center. 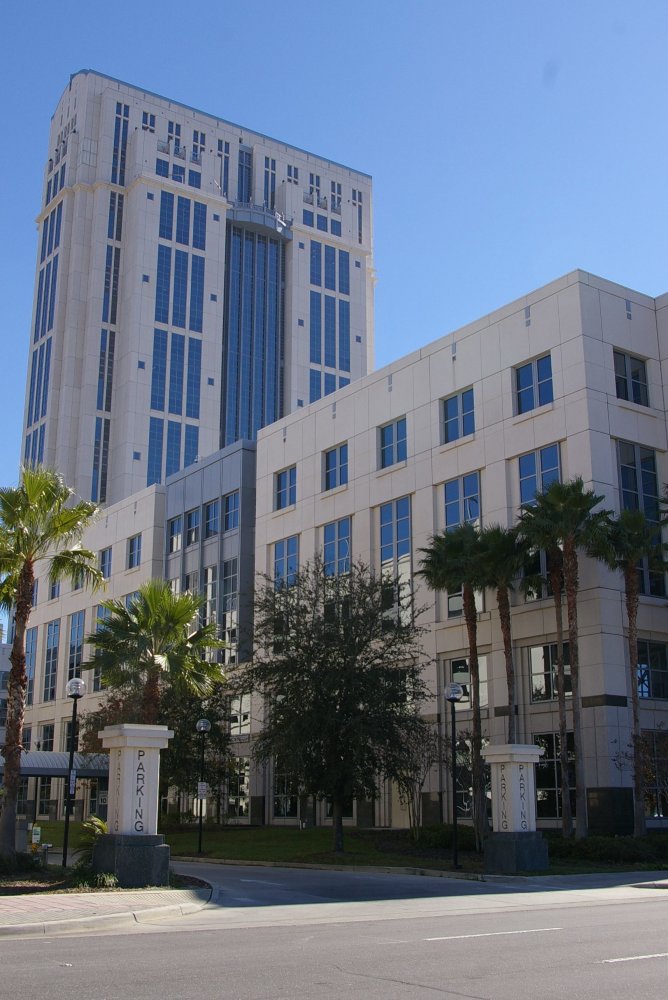 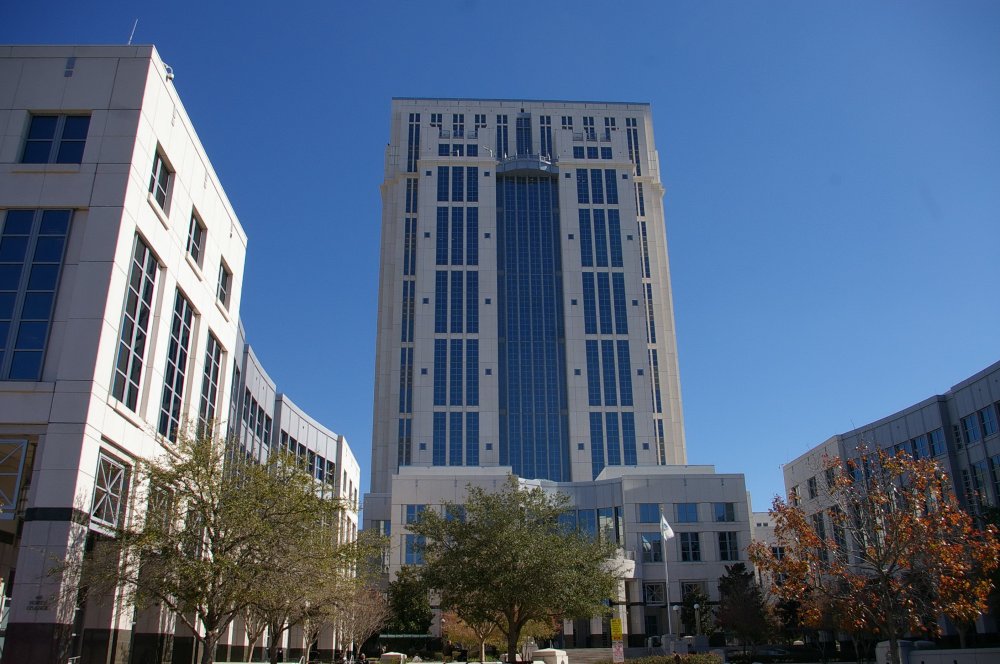 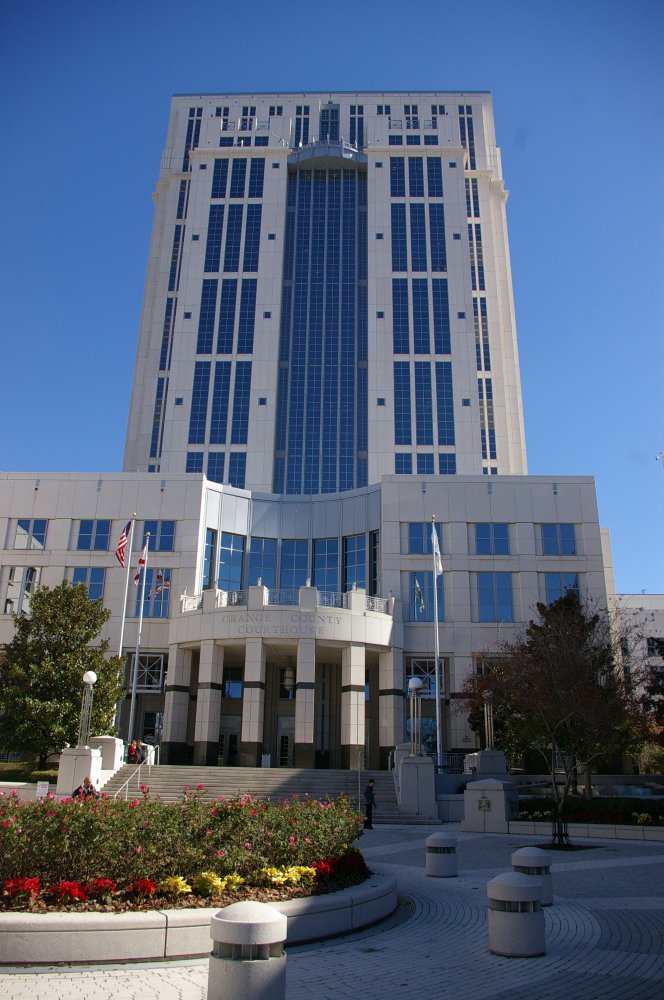 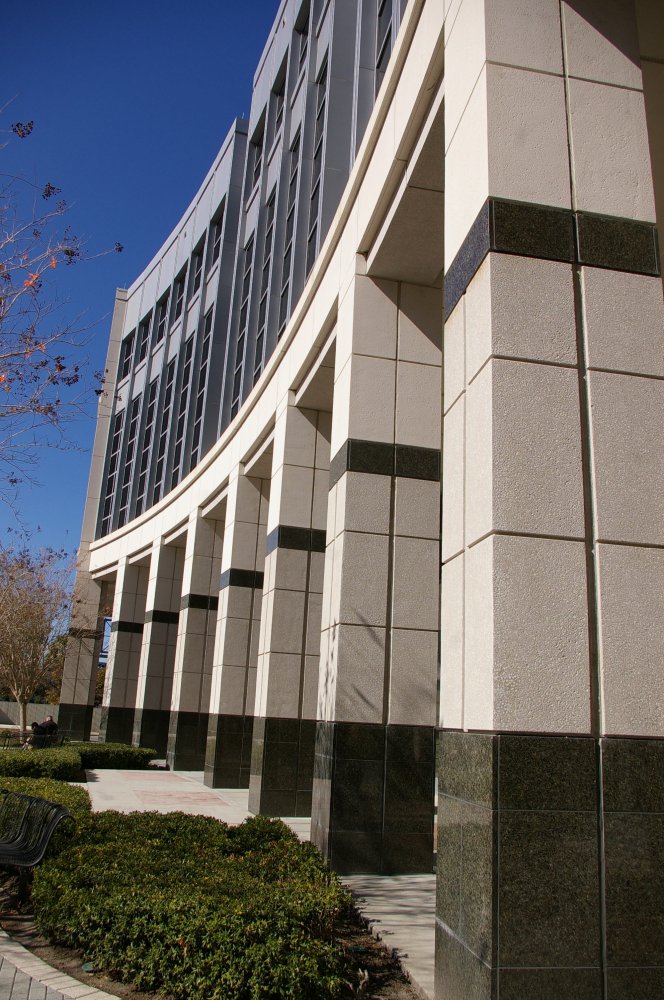 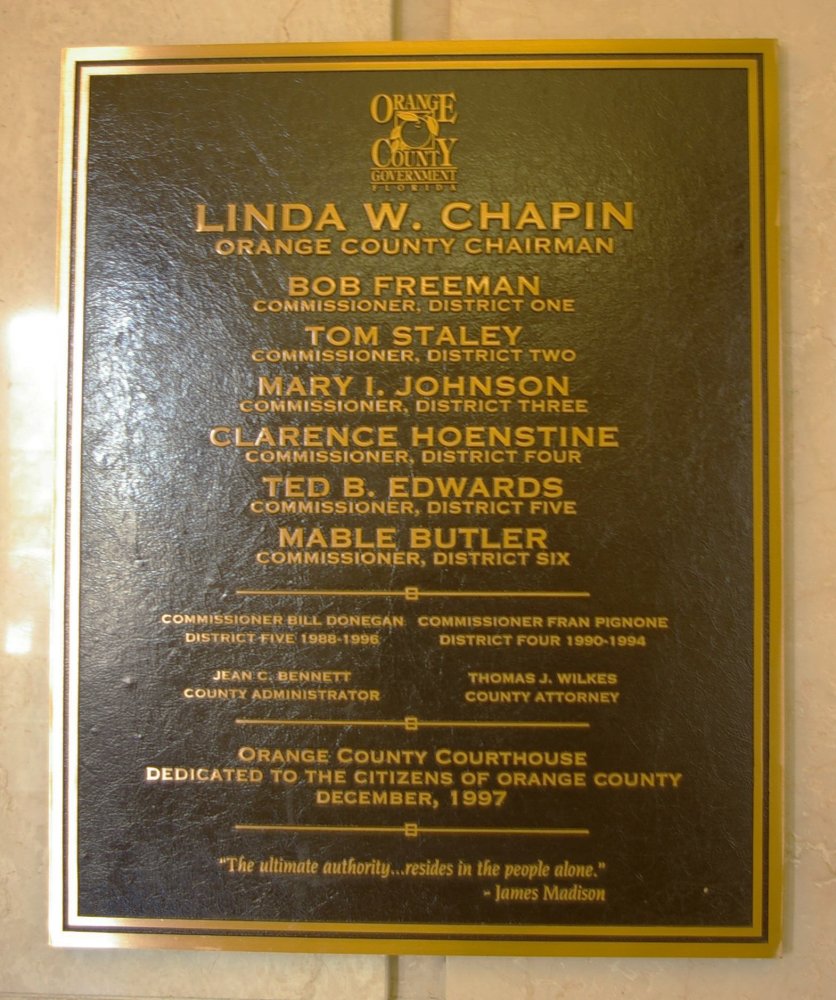 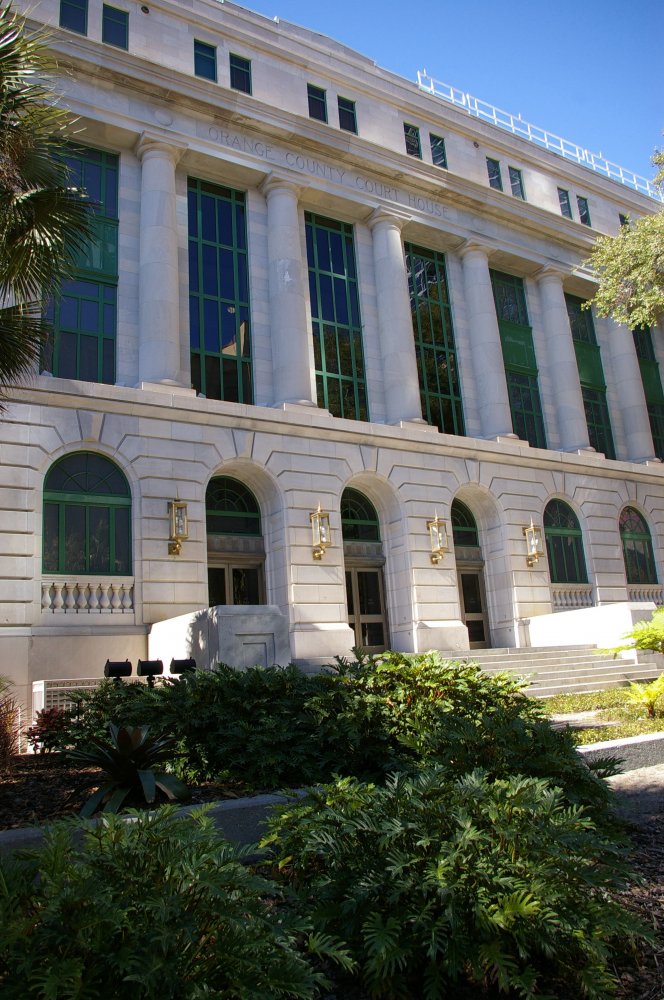 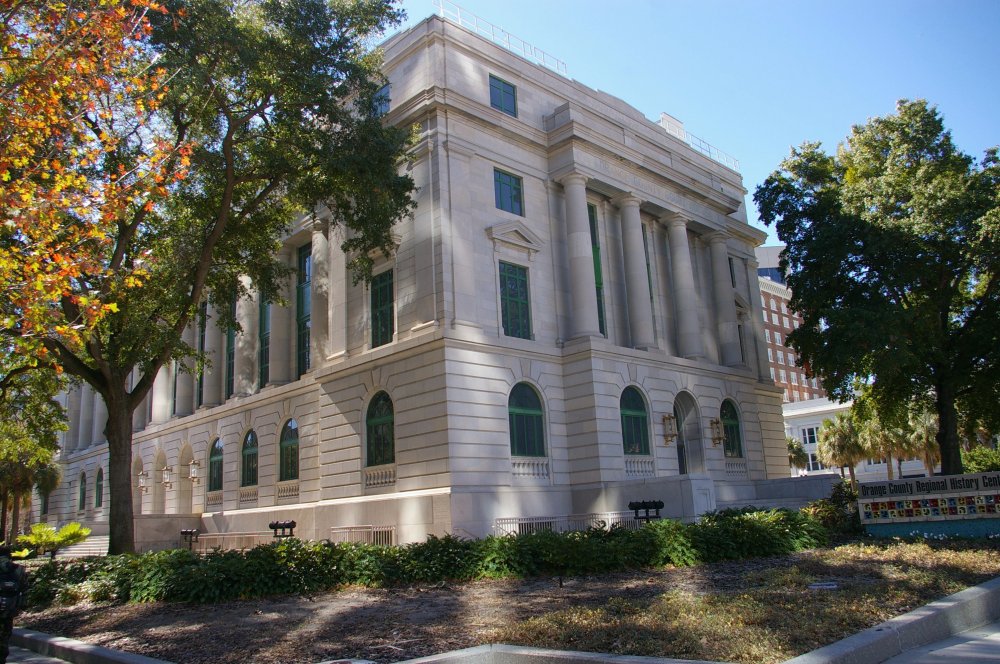 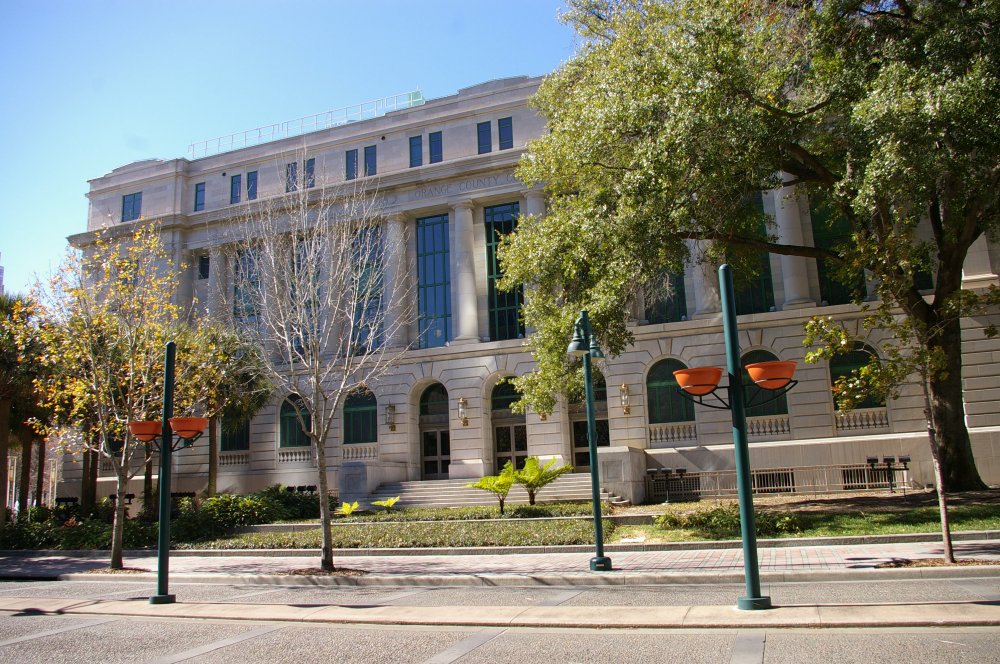