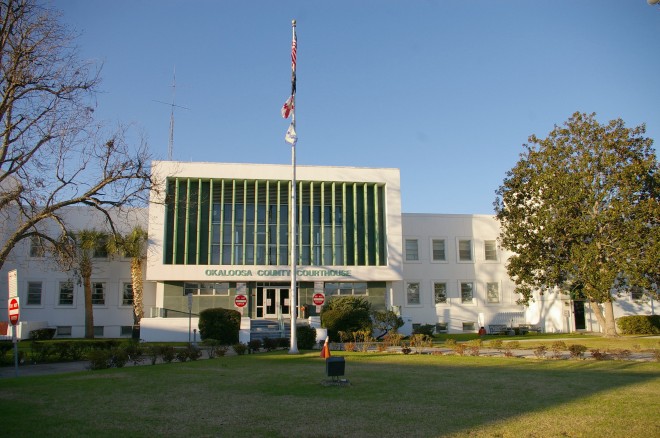 Okaloosa County is named for the Choctaw Native America word meaning “black water” as the county has black water streams and the Blackwater River. 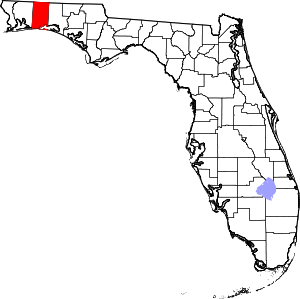 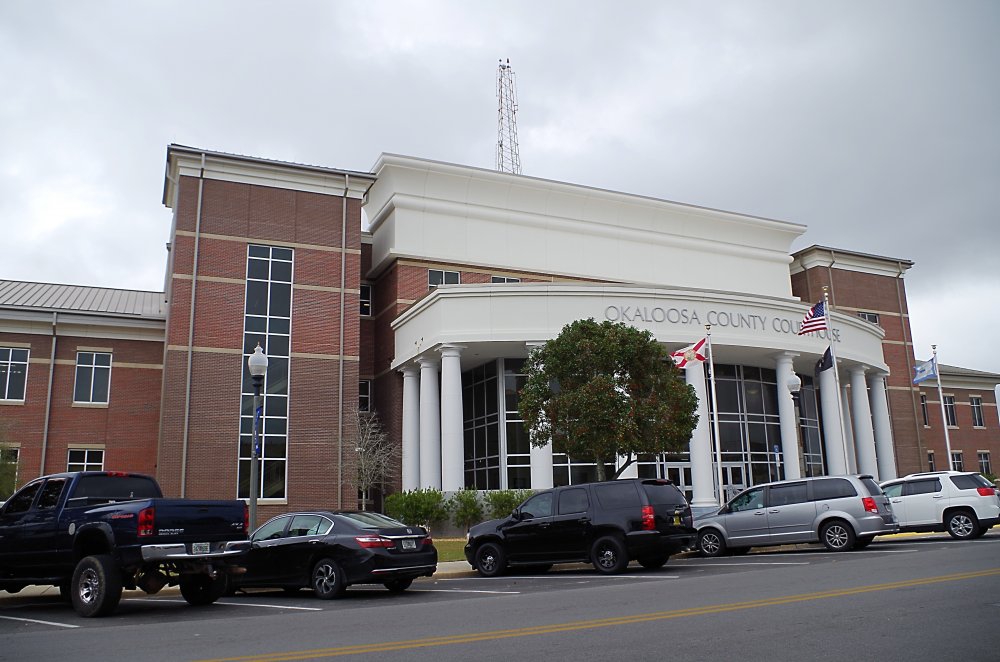 Description: The building faces south and is a three story red colored brick, glass and concrete structure. The building is located on landscaped grounds in the center of Crestview.  The south front has a two story curved section with white colored columns and recessed glass walls. Above is a white colored section along the roof line. On either side are square red colored brick towers rising to the roof line. On the east and west sides are two story wings. The courtrooms are located on the second story. The building houses the Circuit Court of the 1st Judicial Circuit and County Court. 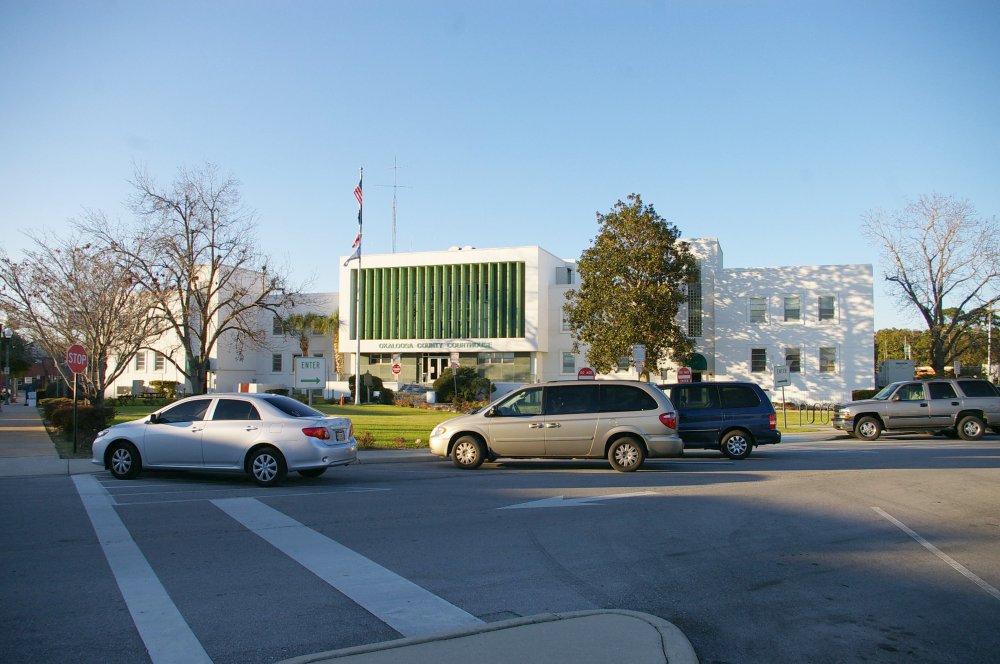 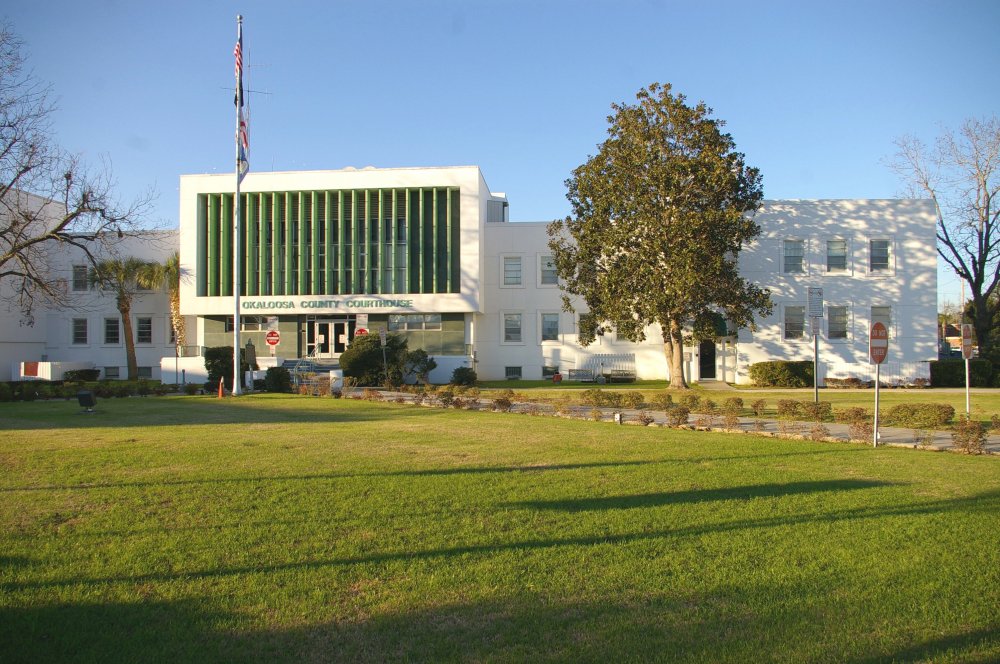 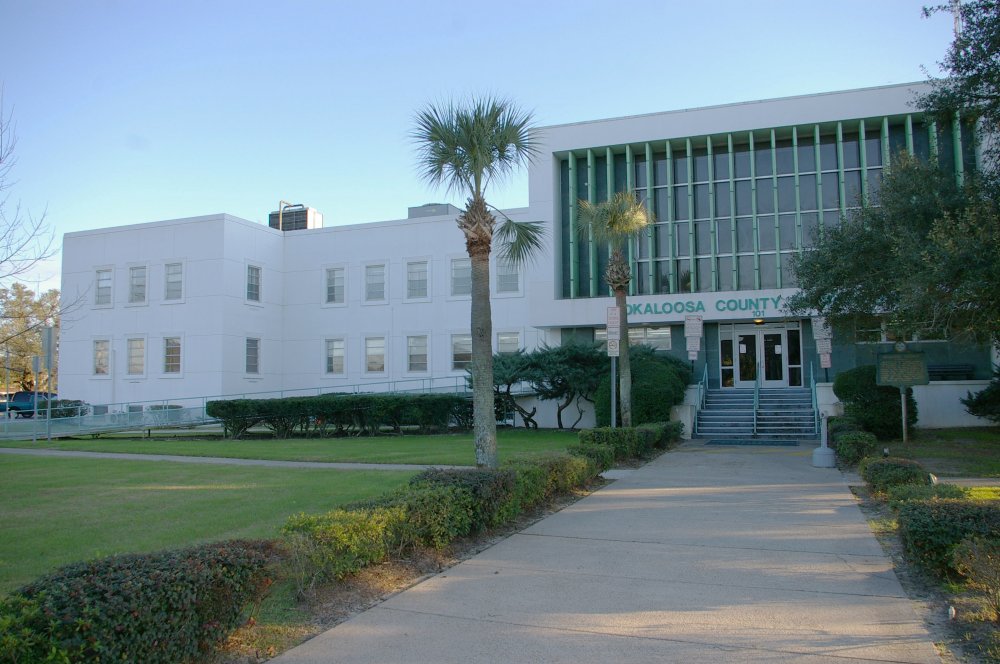 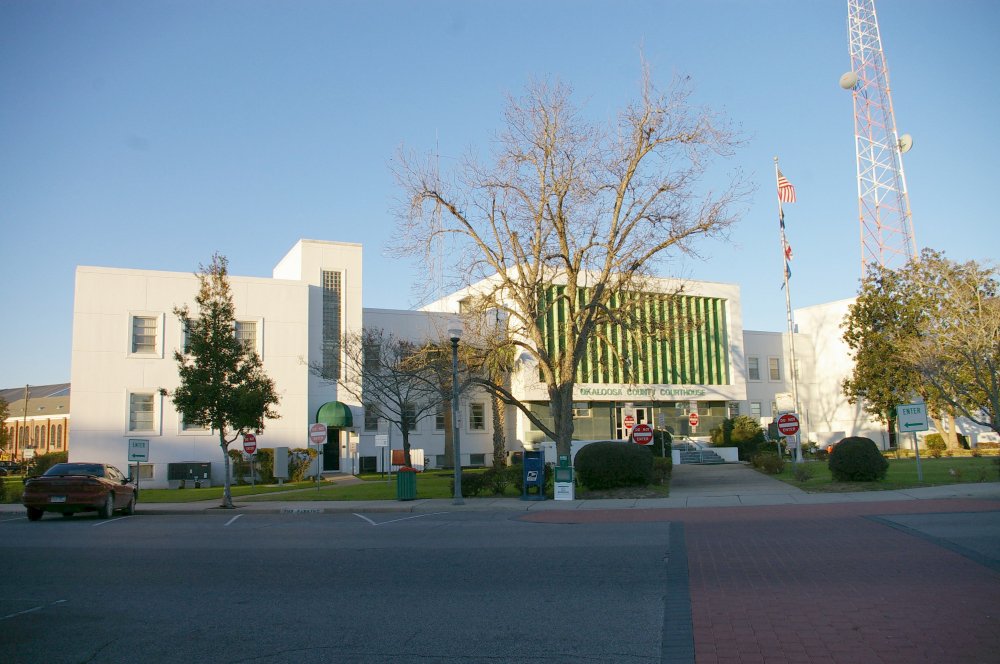 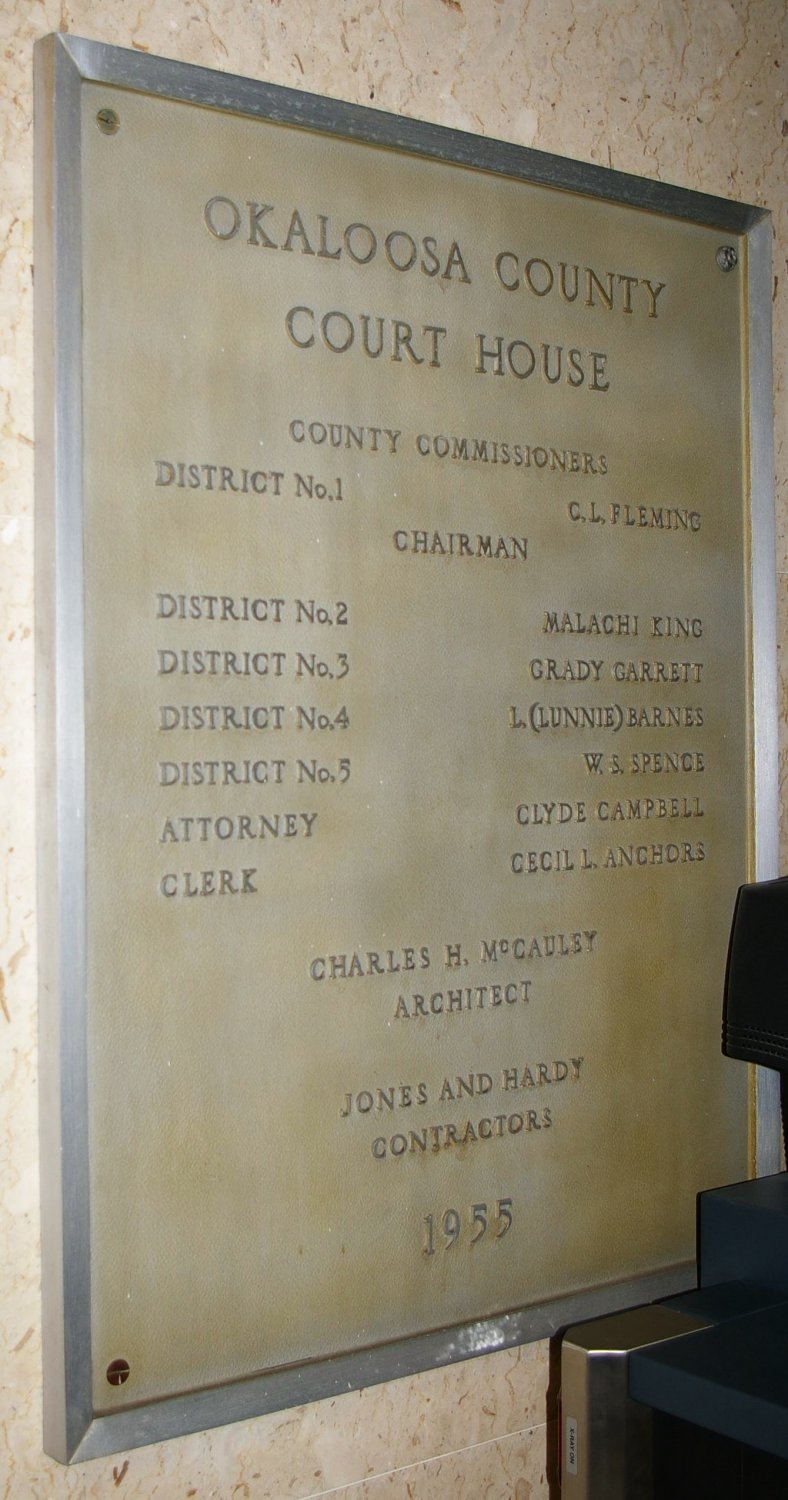 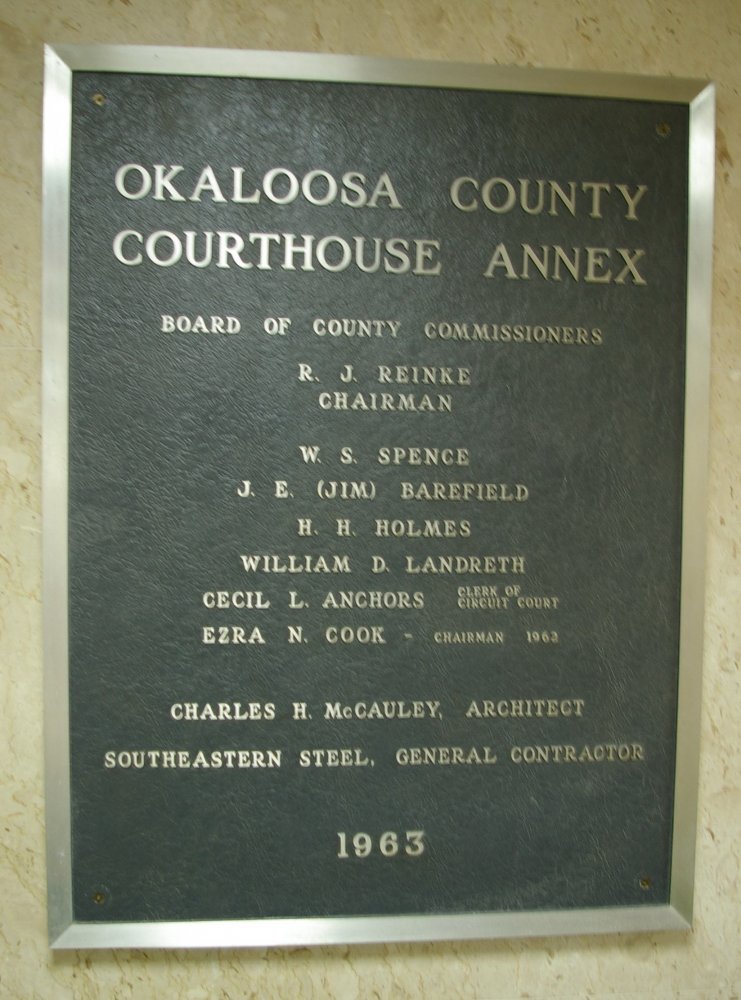 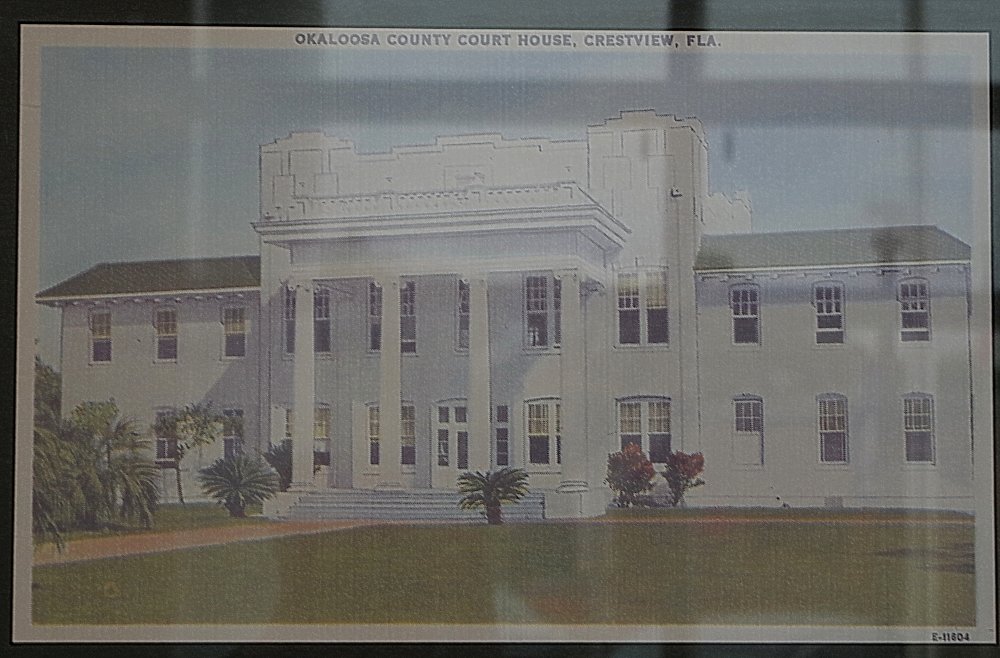 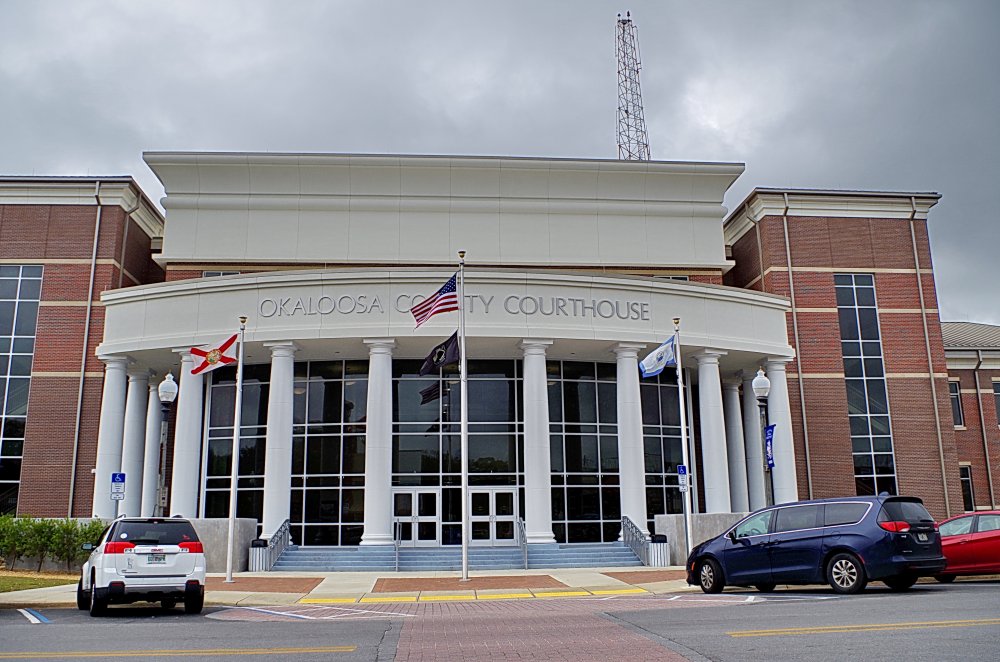 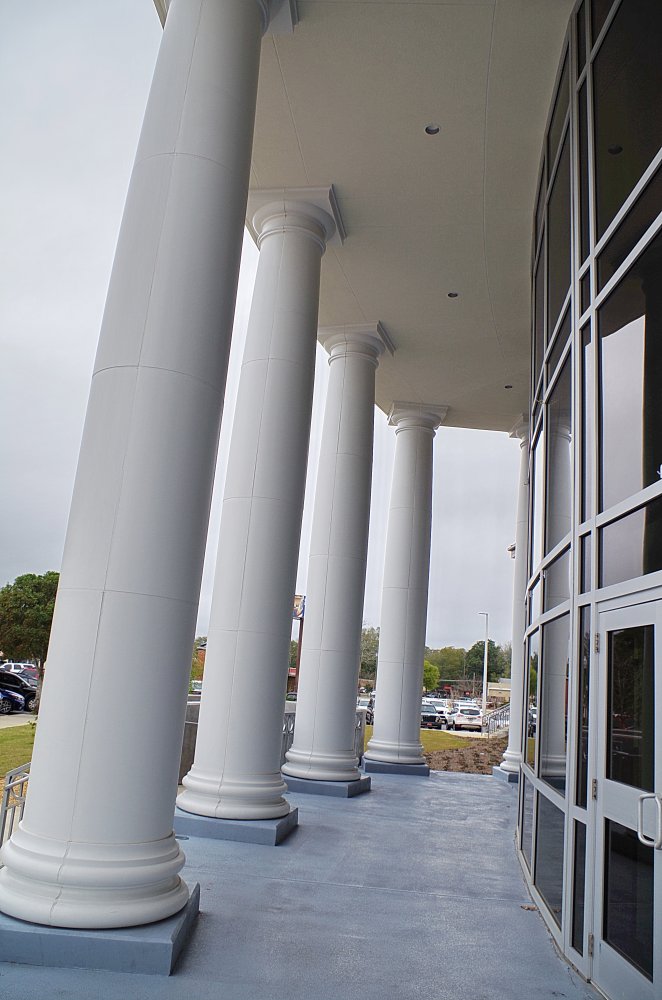