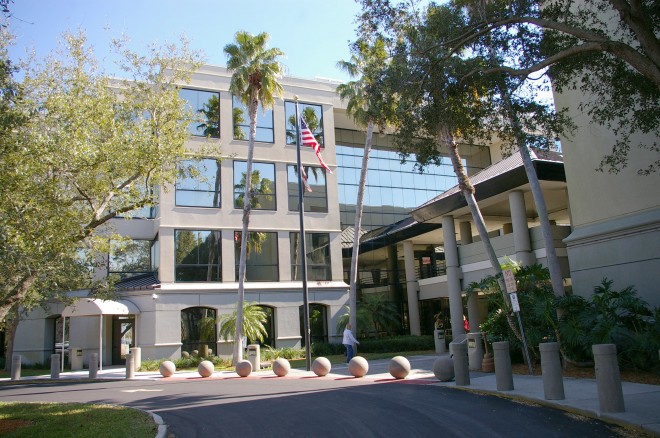 Martin County is named for John W Martin, who was the Governor of Florida from 1925 to 1929. 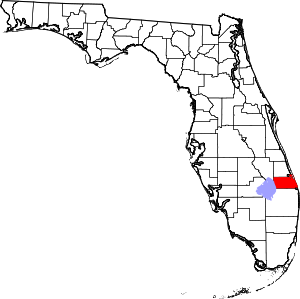 Description: The buildings faces north and are four story concrete and glass structures. There is an east wing with large glass windows and a southwest wing. The buildings are located on landscaped grounds of the Peter L Cheney Courts Complex in the center of Stuart. Both buildings are joined by a covered porch supported by columns. The southwest building houses the Circuit Court of the 19th Judicial Circuit and County Court. The building on the east side houses the county offices. The building was reconstructed in 1996. The architect was CH2M Hill and the contractor was Kelsey Construction Inc. 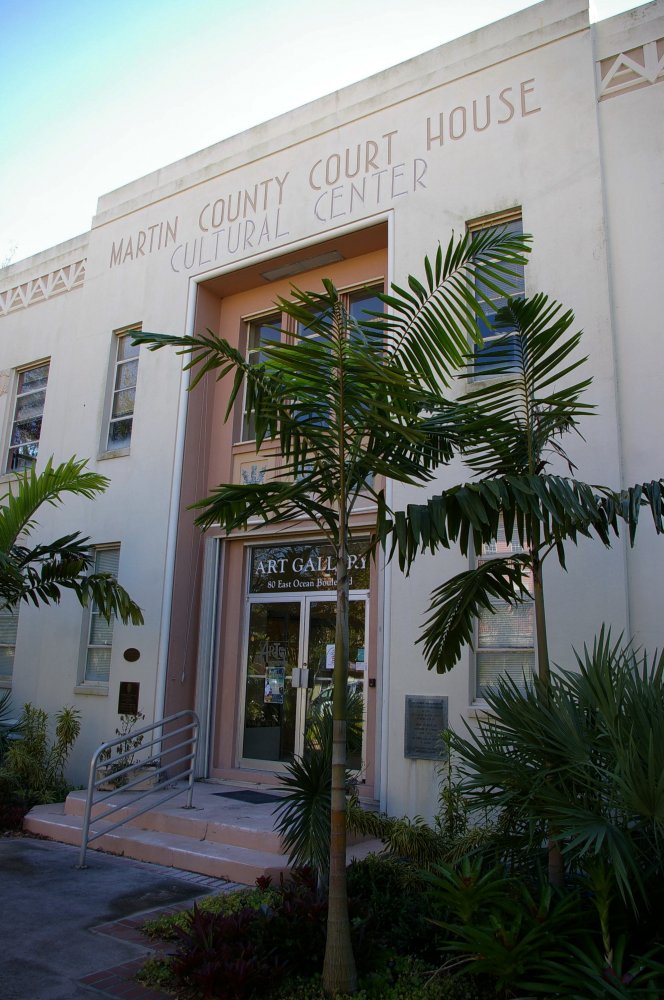 Description: The building faces north and is a two story poured concrete structure. The building was completed in 1908 using hand made bricks by Frank Fraizer and was rebuilt in 1937 as a northern addition. The 1908 section was later dismantled. The rectangular shaped building is located on landscaped grounds of the Peter L Cheney Courts Complex in the center of Stuart on the west side of the courthouse. The building was originally a public school and was occupied as the courthouse in 1925. The building was rebuilt in 1937. The building has terrazzo floors with the front entrance having an inlay of tan terrazzo in the shape of a pointed star. The halls have six-inch high brown colored marble baseboards. At the west rear, there is a wide brown colored marble staircase ascending to the second story where the former courtroom was located. The architect was L Phillip Clarke of West Palm Beach and the contractor was Chalker & Lund. The first addition was the western addition designed by Donald E Armstrong and constructed in 1950. The eastern addition was constructed in 1960. The building was converted into a museum in 1990. The architects were Peter Jefferson. Dmiter Stoyanoff and David Wojciesak and the contractor was Mosley & Son Construction Inc..

Note: The 1937 rebuilding was a Works Progress Administration project and W R Vincent of Jensen Beach did the stucco and plaster, Fred Michael od West Palm Beach did the painting, Hal’s Electric of Stuart did the electric work, Woods Lumber Company of Gomez supplied the lumber, Anderson Roofing Company did the roof, W D Burns Plumbing did the plumbing and French Mirror and Glass, Rice Marble and Tile Company and Palm Beach Woodworking all of West Palm Beach supplied material. 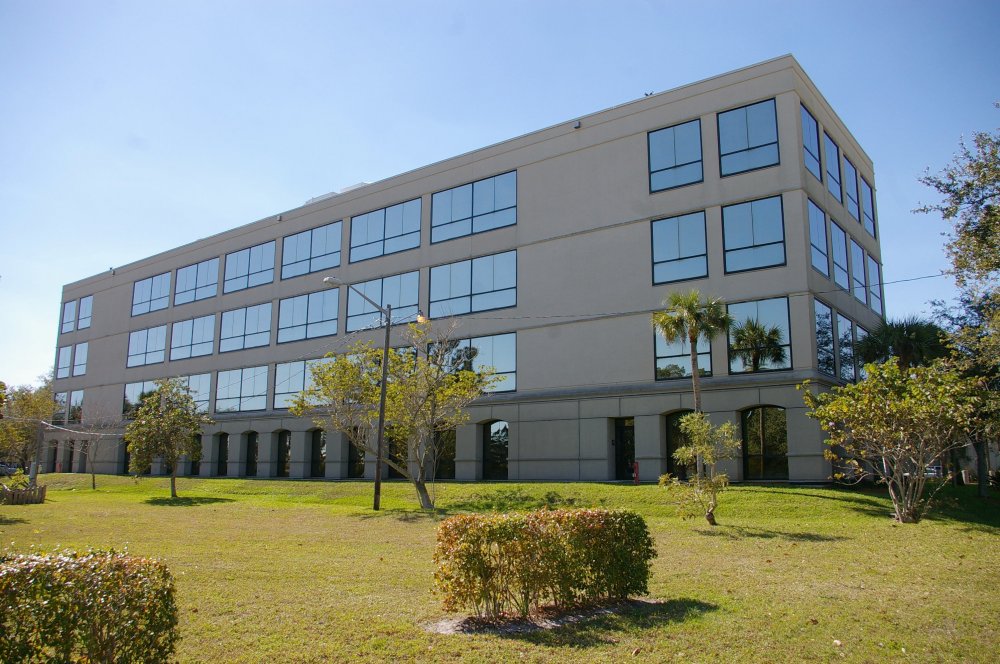 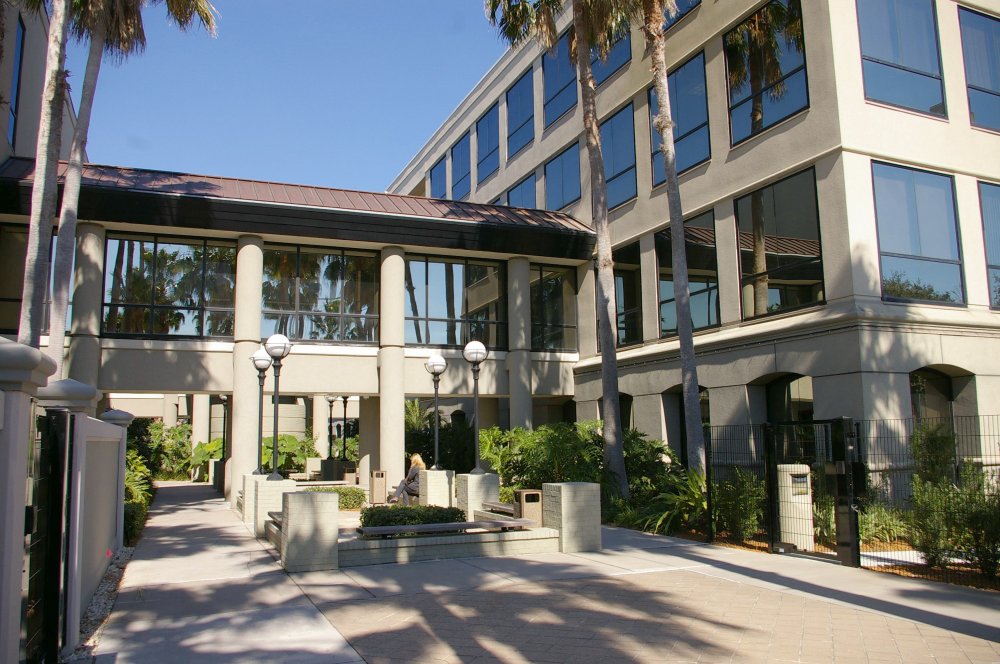 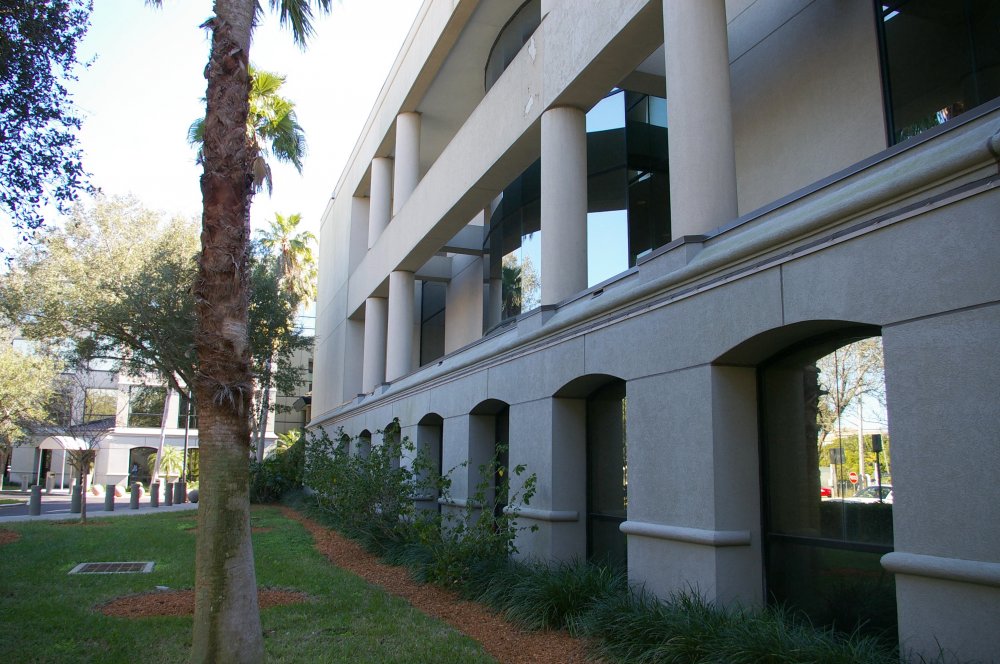 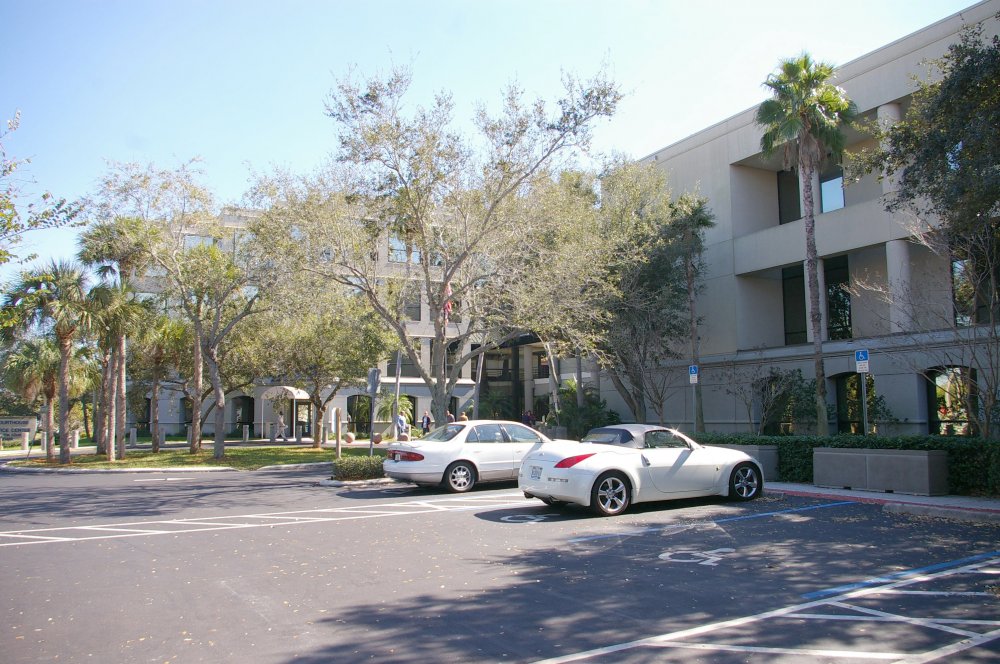 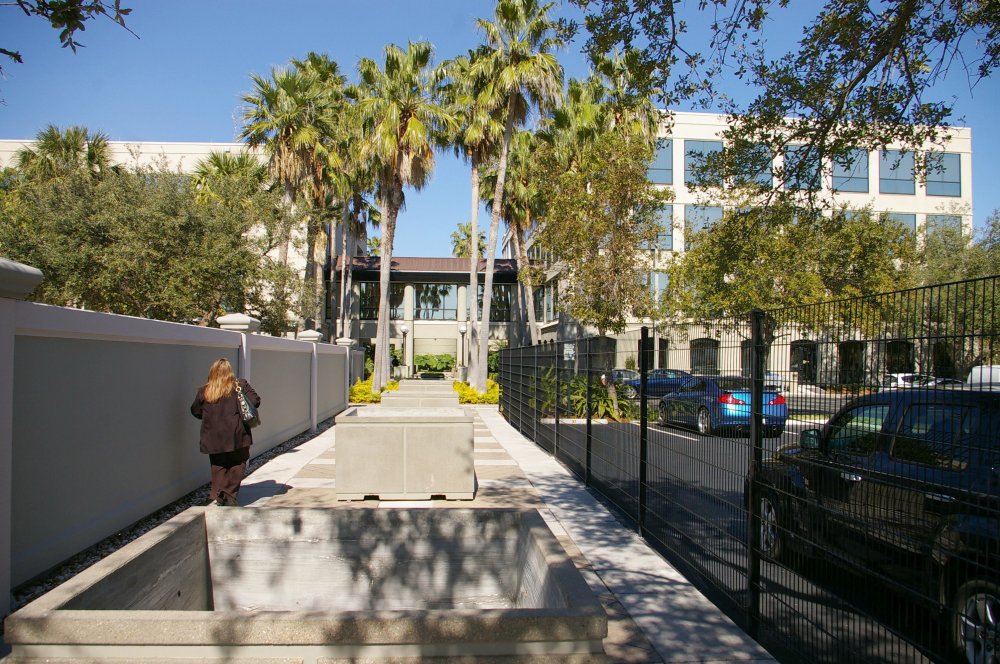 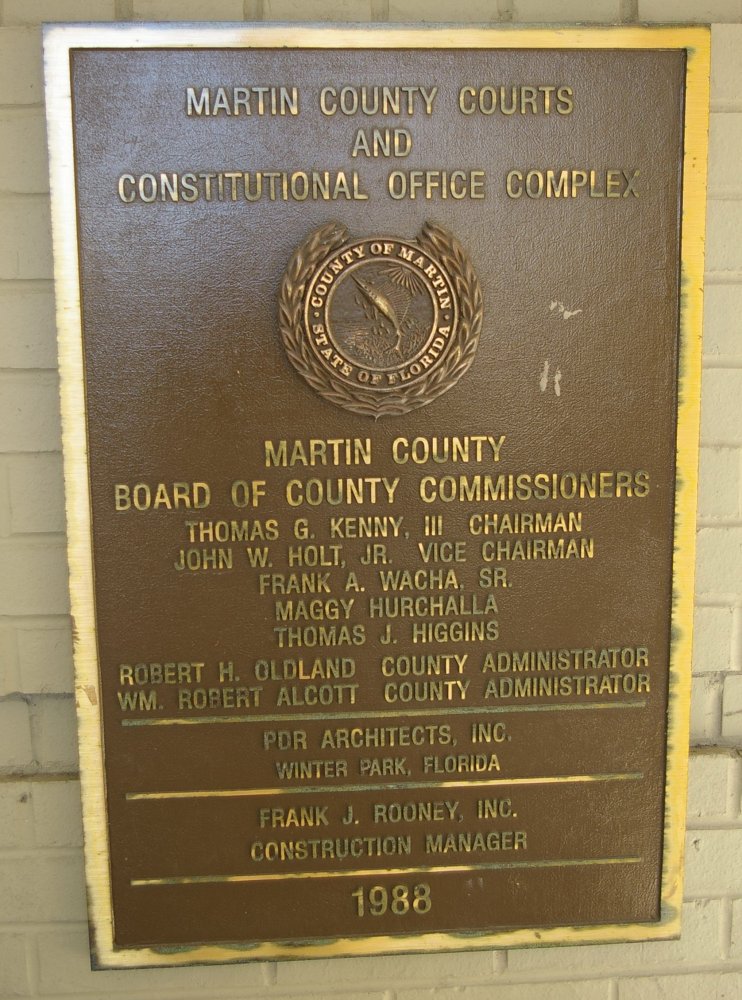 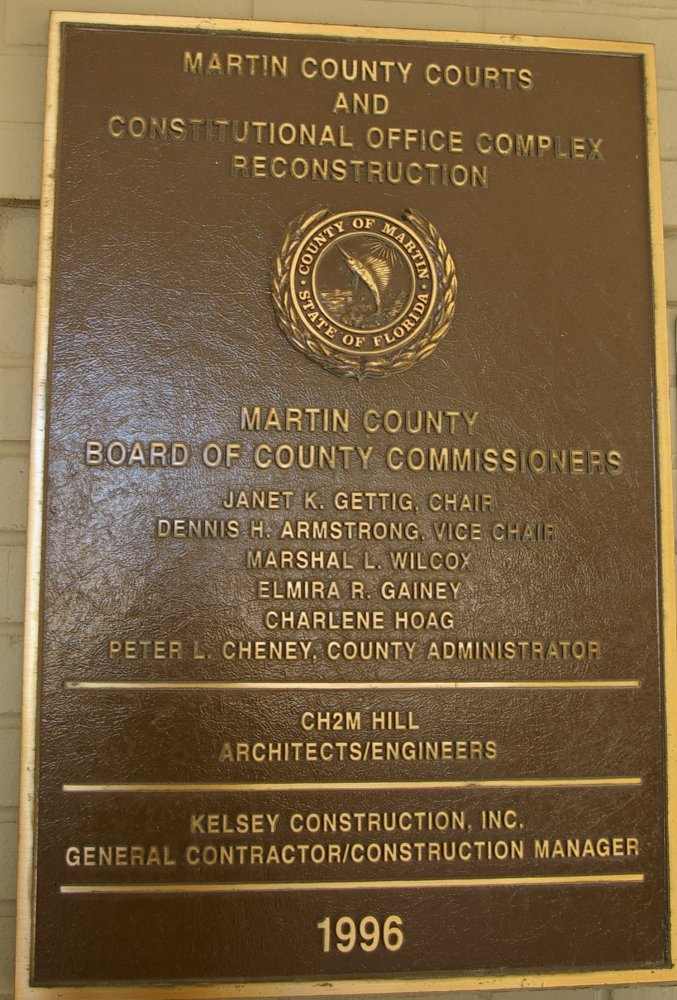 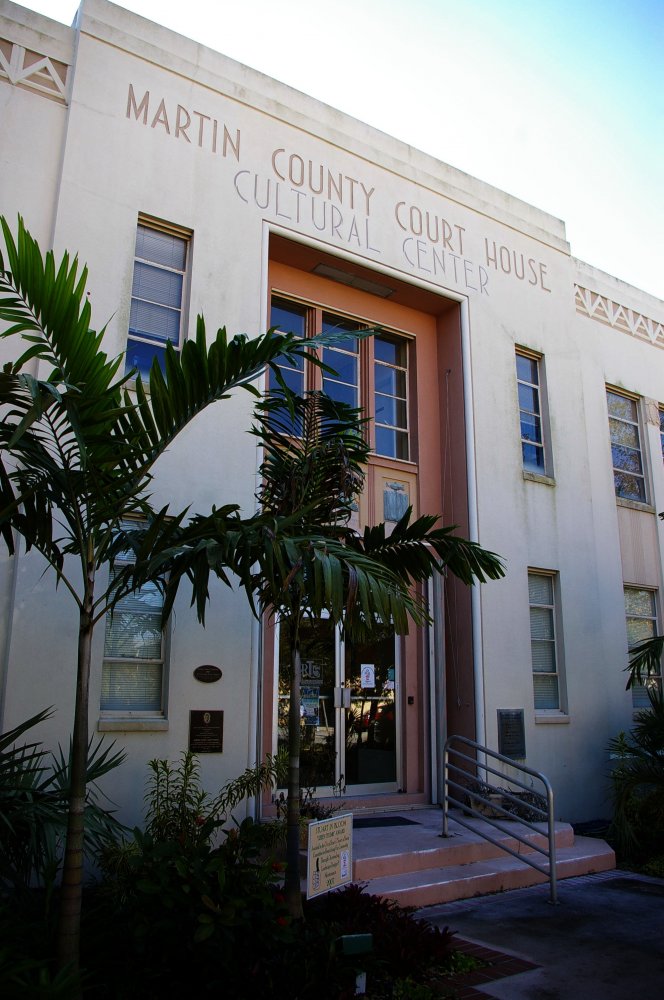 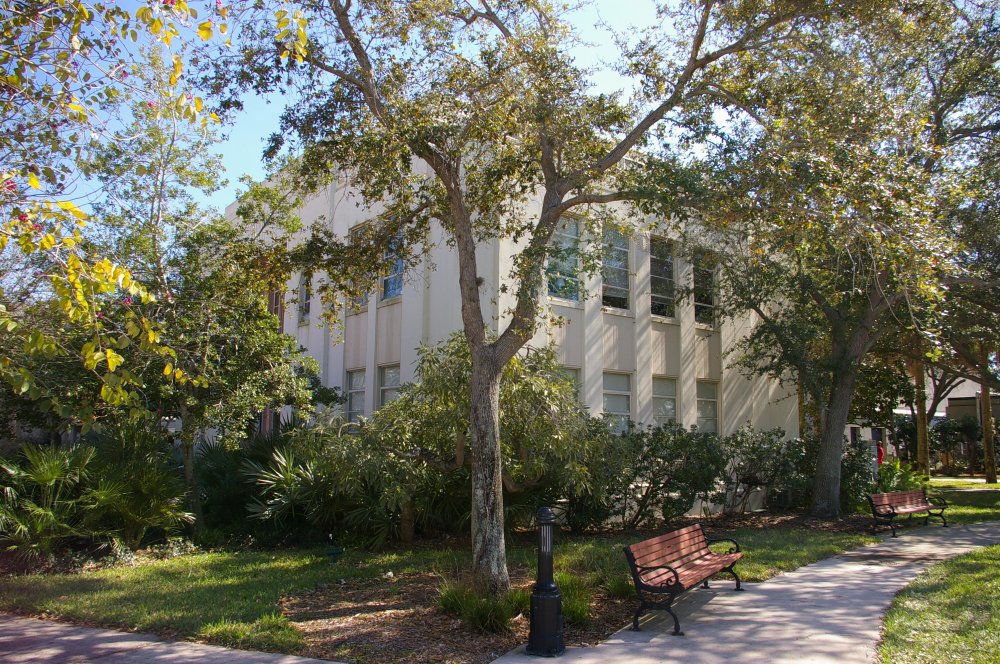