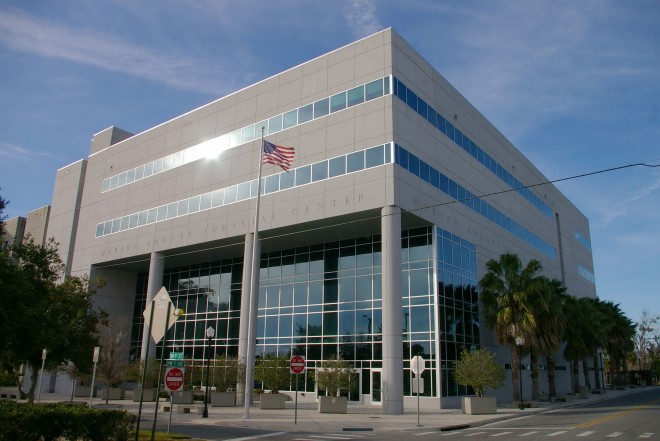 Description: The building faces west and is a three story concrete and glass structure. The building is a rectangular shape with few windows. The roof line is flat. On the east side is a new five story gray colored concrete addition. The building was expanded in 1991. At the eastern end the new five story addition was constructed in 2007 and completed in 2010. The architect was Architecture Studio Inc. and Hellmuth, Obata & Kassabaum and the contractor was Moss Construction and Elbridge Construction. The building is named as the Marion County Judicial Center.

Note:  The courthouse project, undertaken by Moss Construction and Elbridge Construction, began in October 2007 with a budgeted cost of $42 million and was completed at more than $1 million under budget. Supported by 70 steel shafts that are anchored 105 feet below ground, the new five-story complex took three years to build and is the largest capital project in the history of Marion County.

Note:  The previous courthouse was designed by W Chamberlain & Company and constructed by M T Lewman & Company in 1907. The building was demolished. 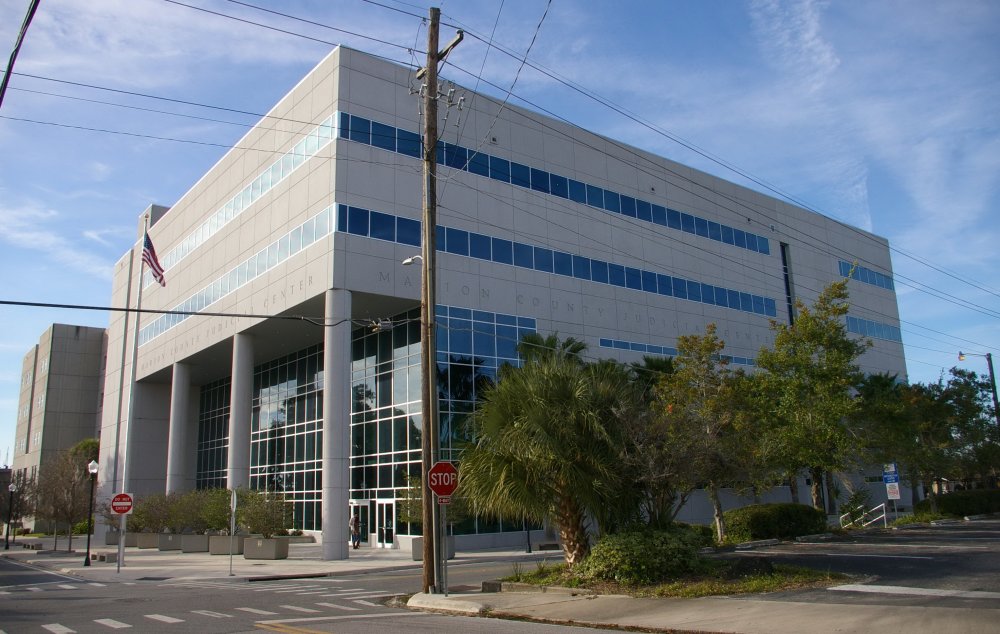 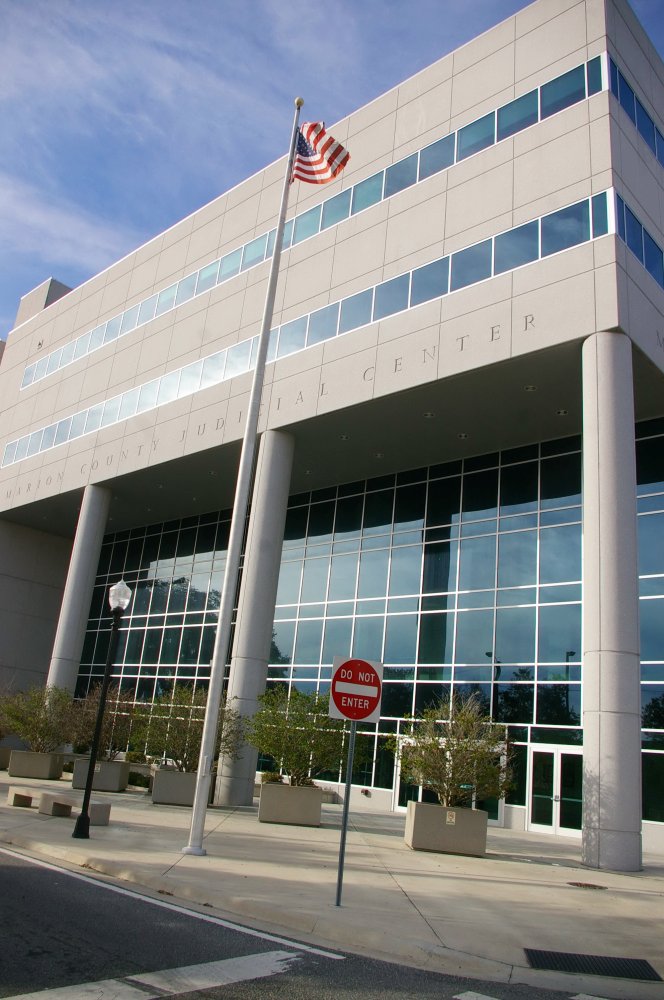 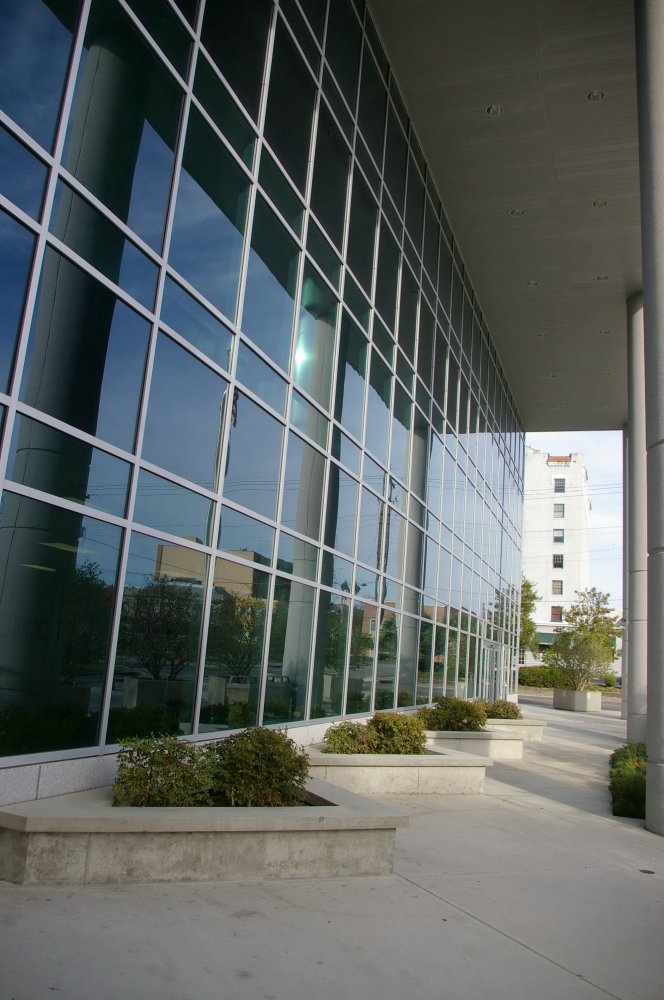 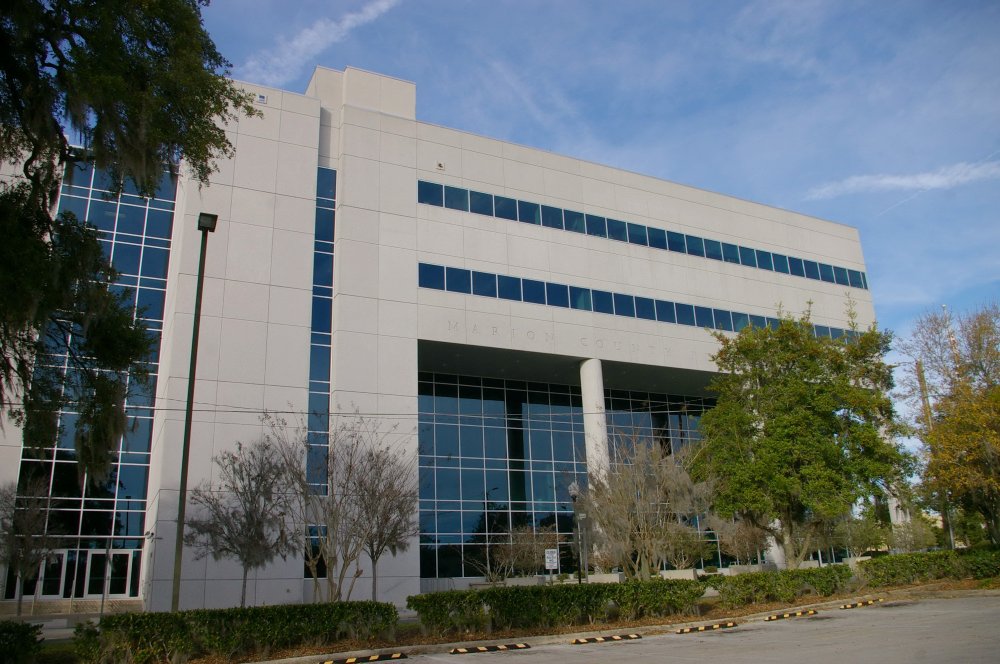 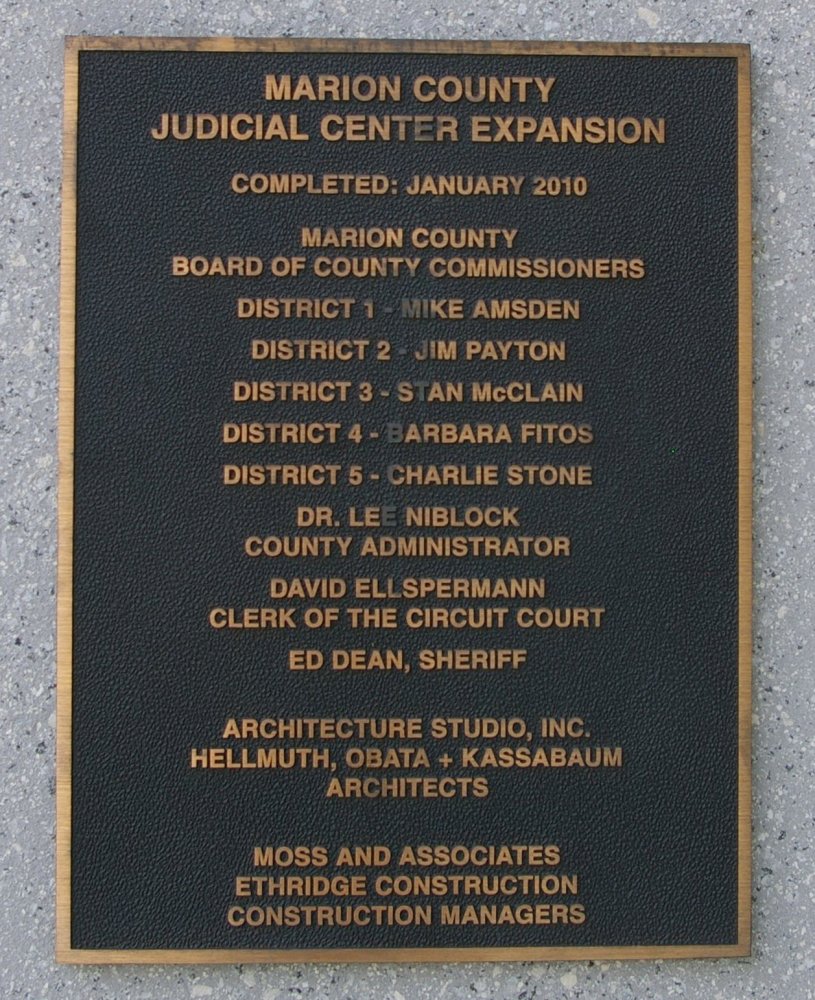 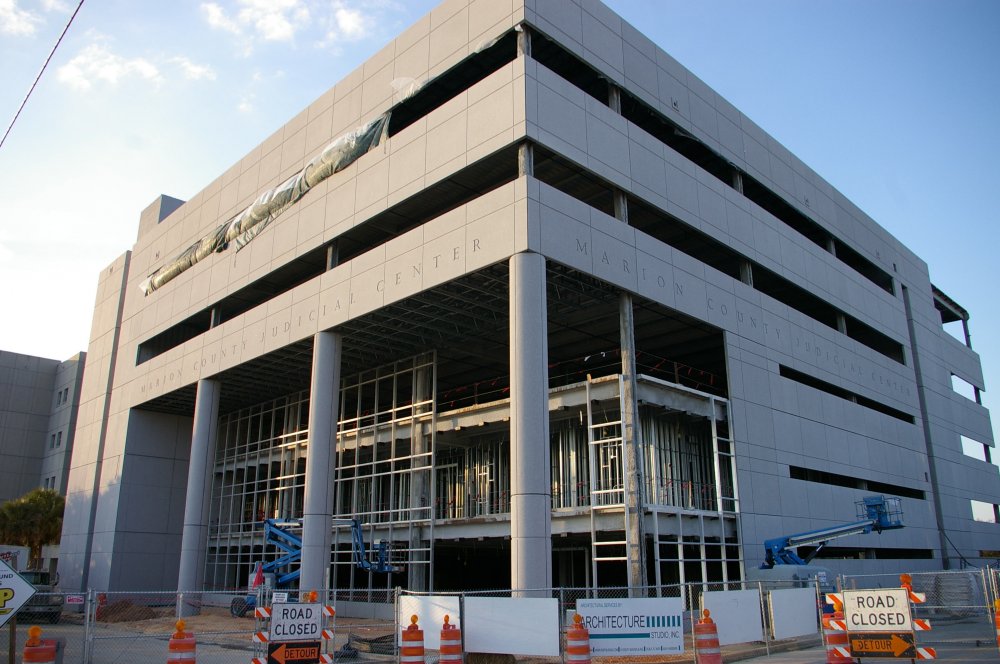 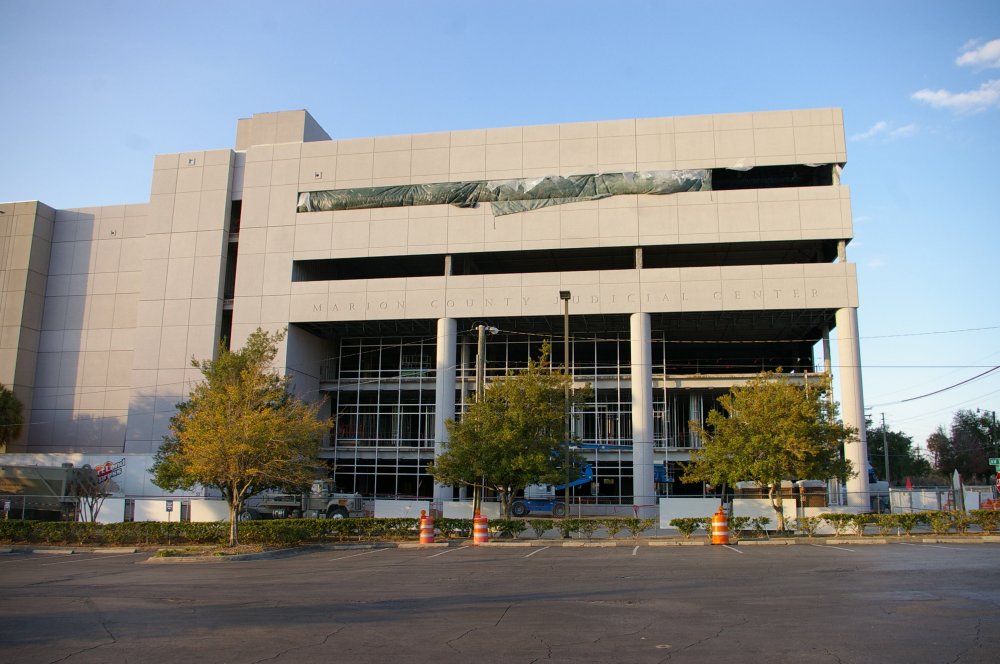 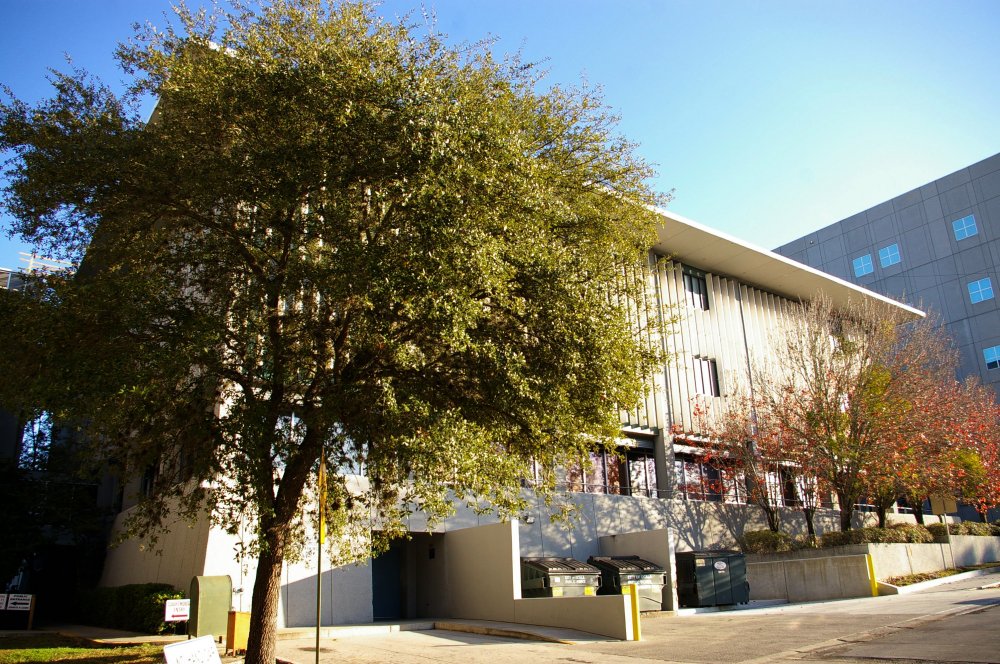 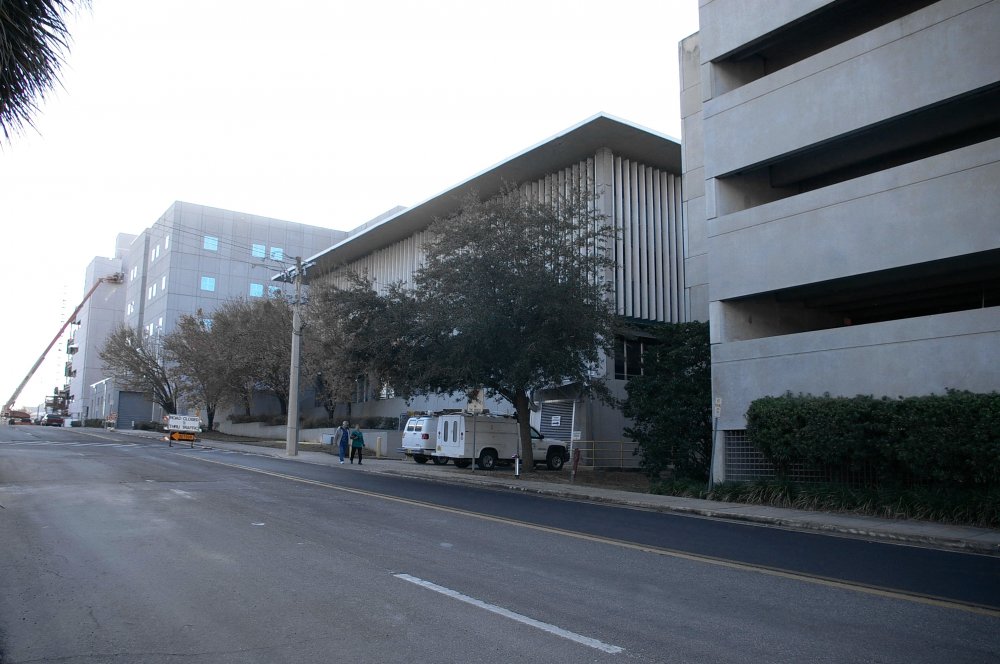