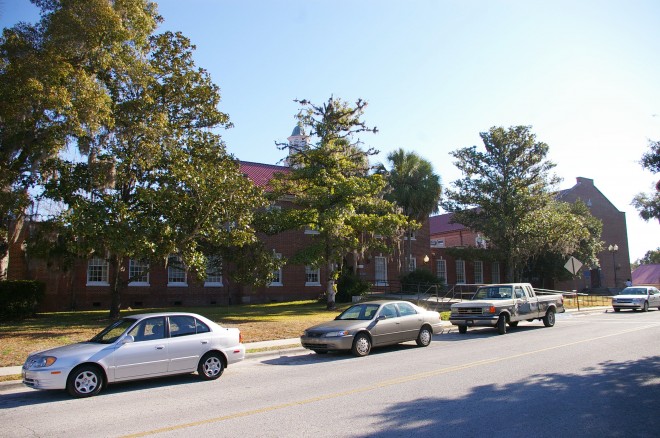 Levy County is named for David Levy Yulee, who was a United States Senator from Florida. 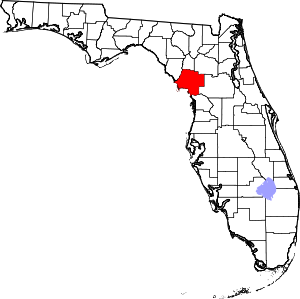 Description: The building faces southwest and is a two story red colored brick and concrete structure. The building is located on landscaped grounds in the center of Bronson. The west section of the building has a small white colored cupola with weather vane on the roof. The building contains material from the 1906 courthouse. In the center is a one story section which joins the new addition constructed in 1963 on the east side.

Note:  The second courthouse was moved to Chiefland in 1870 and is the Masonic Lodge #51. 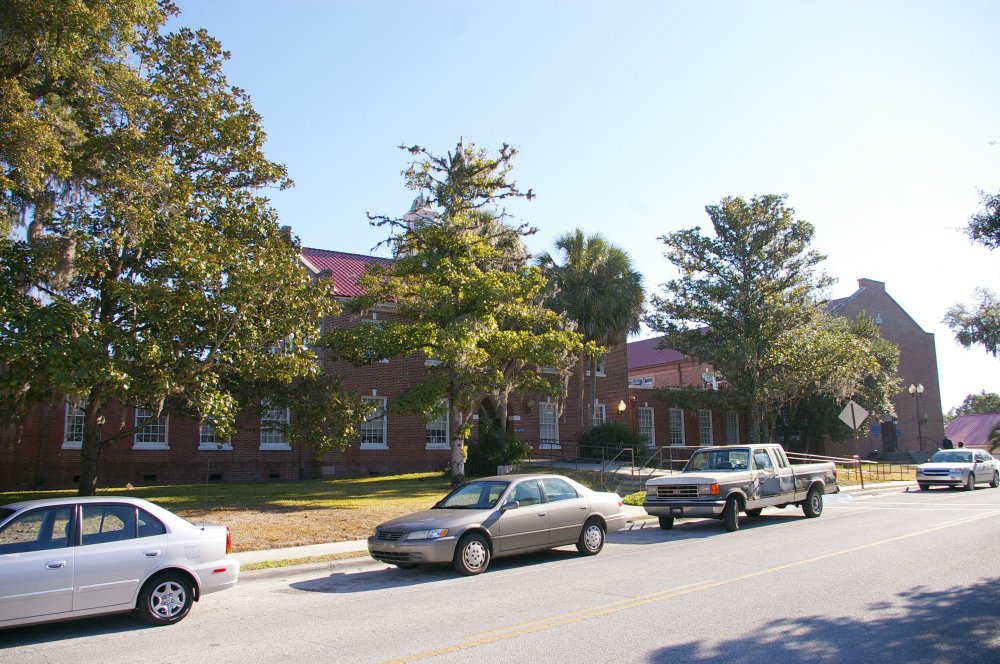 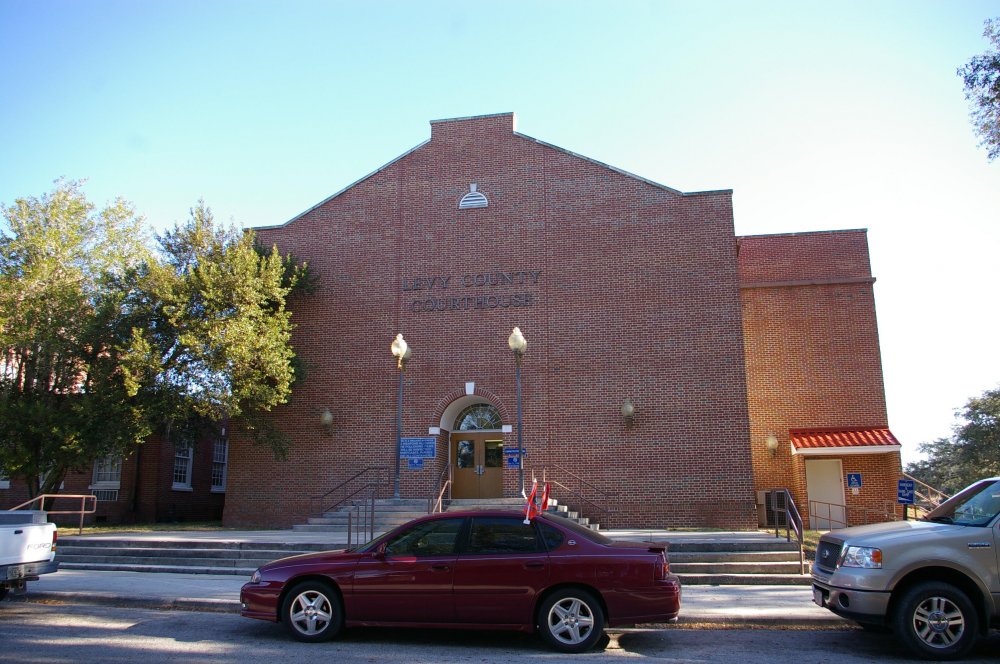 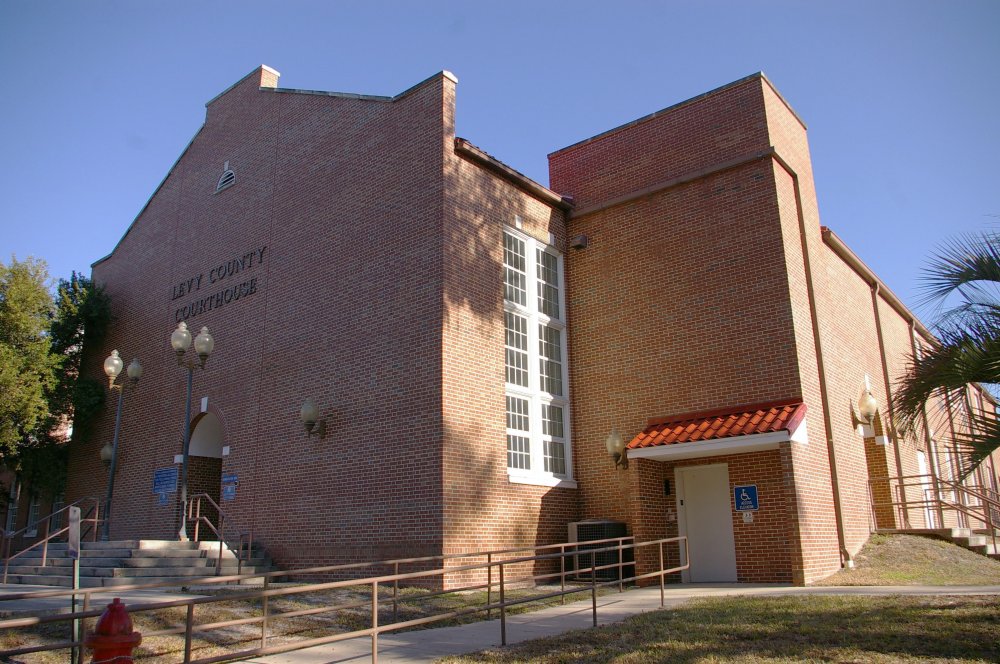 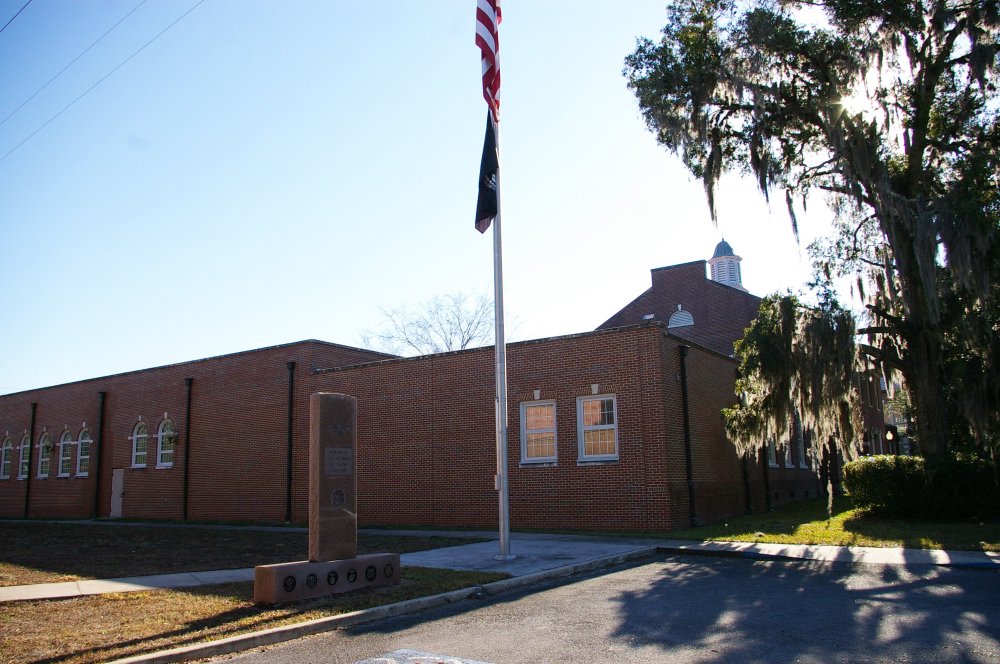 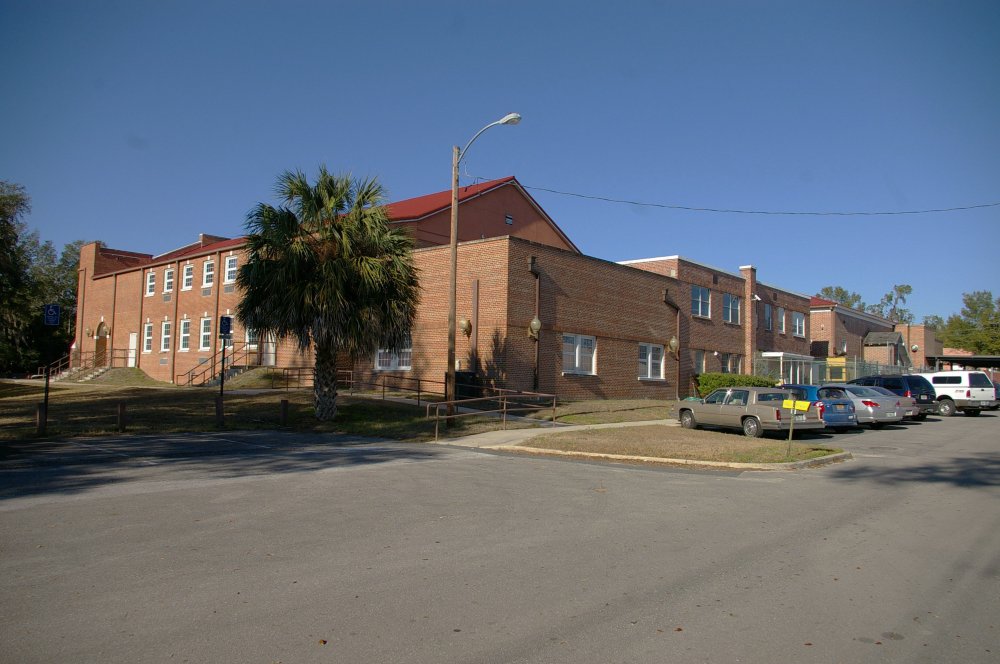 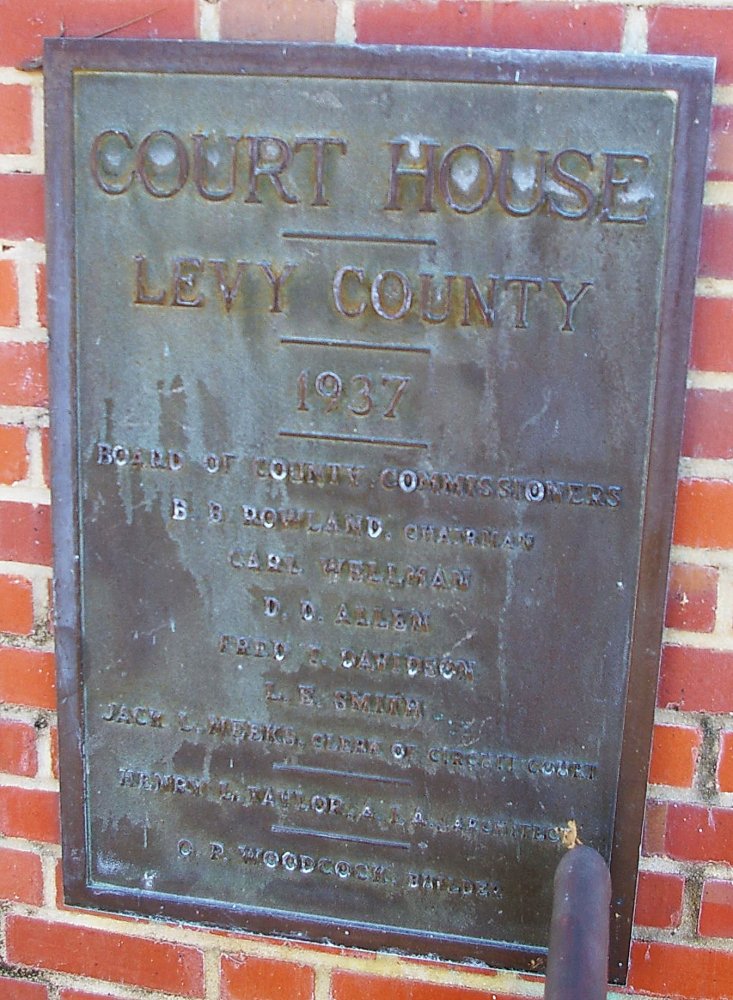