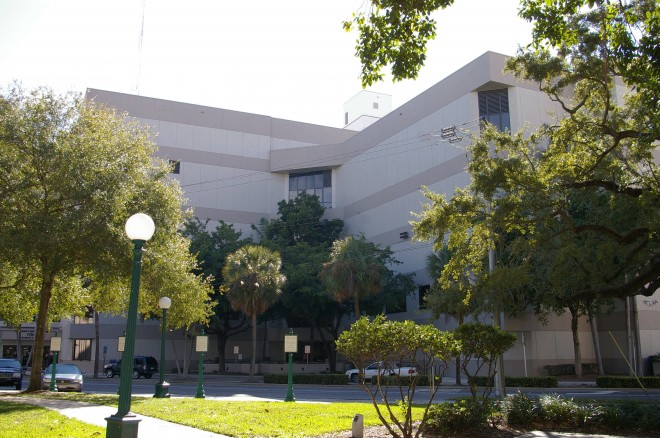 Lee County is named for Robert E Lee, who was a Confederate general in the American Civil War, and who lived from 1807 to 1870. 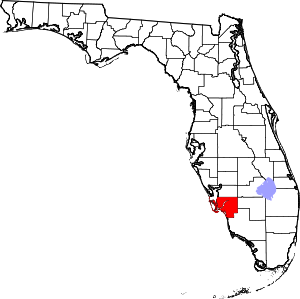 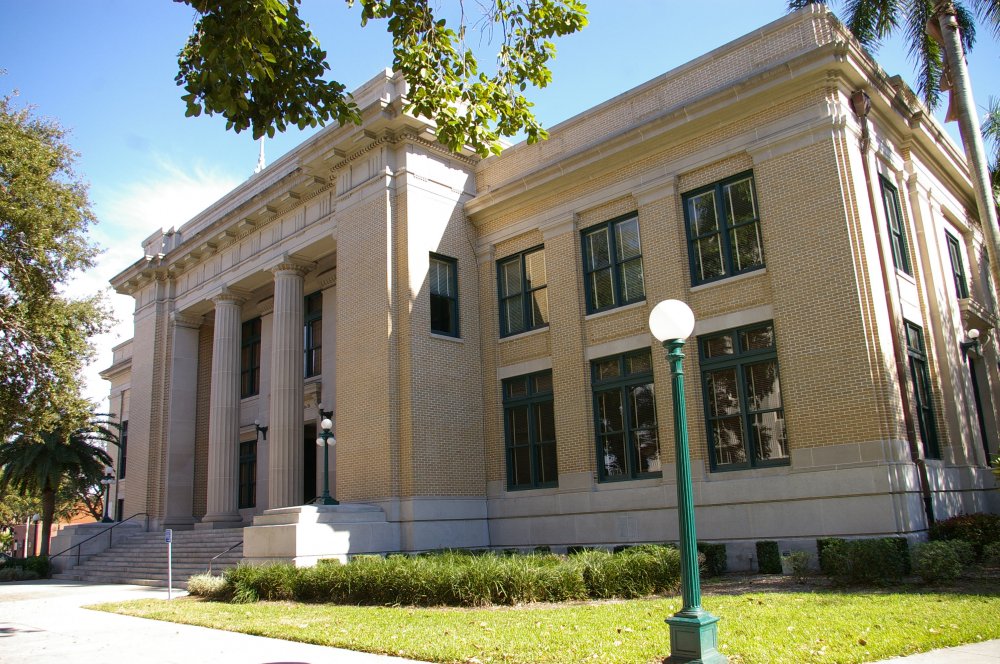 Description:  The building faces northwest and is a two story buff brick, stone  and concrete structure. The rectangular shaped building is located on landscaped grounds in the center of Fort Myers. With the 1926 addition, the building forms a “T” extending southeast to connect with the County Administration Building. The north front projects from the main building and has a recessed porch with two large Doric columns rising to a header. Stone work runs along the roof line. In the interior, the first story has a vestibule and lobby which adjoin the main east-west corridor. A monumental mantle stair hall at the east end provides access to the second story.  The floors have one-inch ceramic tile in a geometric design.  The walls of the main corridor are faced with a gray colored marble wainscot. The County Circuit Court courtroom occupied the center of the second story. The 1926 addition has a courtroom on the first story. The architect for the 1926 addition was Francis J Kennard and the contractor was M T Reed Construction Company. 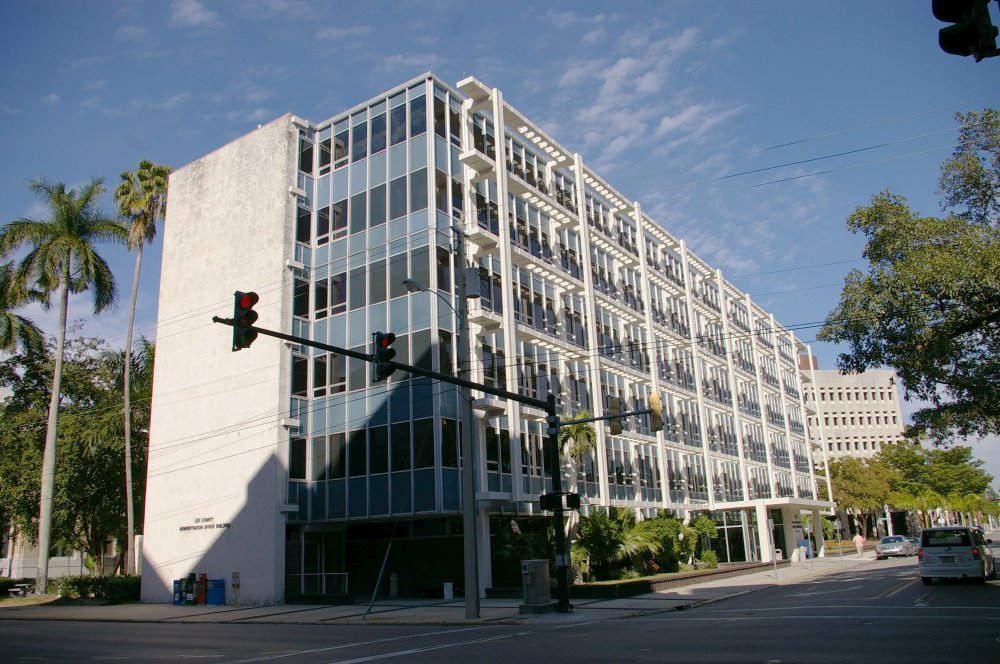 Description:  The building faces southeast and is a six story glass and concrete structure. The building is located on landscaped grounds in the center of Fort Myers on the southeast side of the courthouse. The walls are glass and colored panels with narrow vertical dividers. The southeast front has a central one story canopy. The roof line is flat. 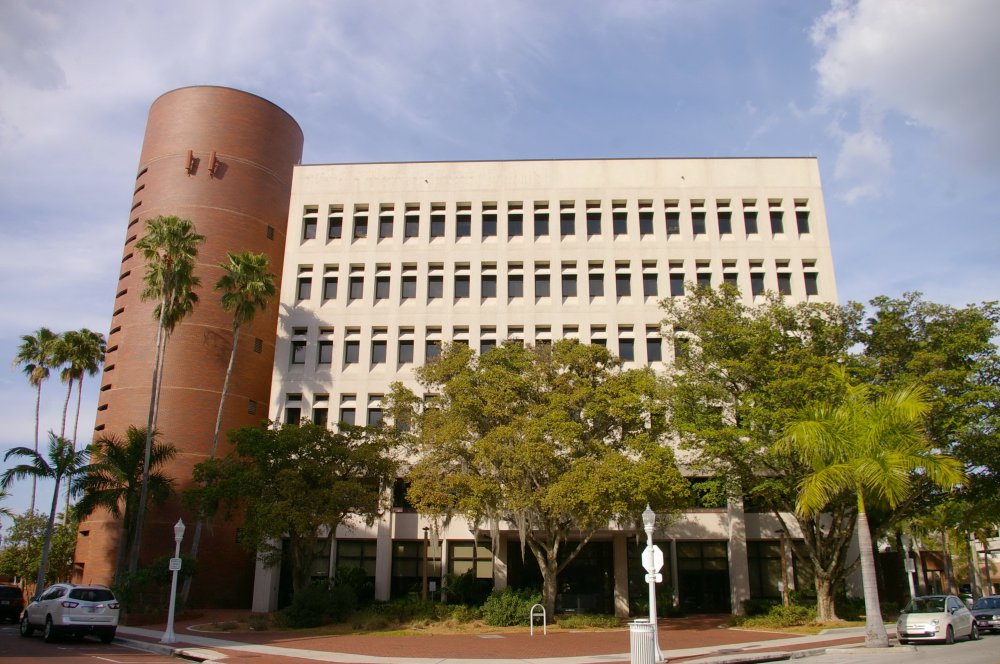 Description:  The building faces southeast and is a six story glass, brick and concrete structure. The building is located on landscaped grounds in the center of Fort Myers. The southwest corner has a high round red colored brick tower. The main entrance at the center of the southeast front has a concrete canopy.  The roof line is flat.  The building was constructed as the First Federal Savings and Loan Association and was acquired by the County. 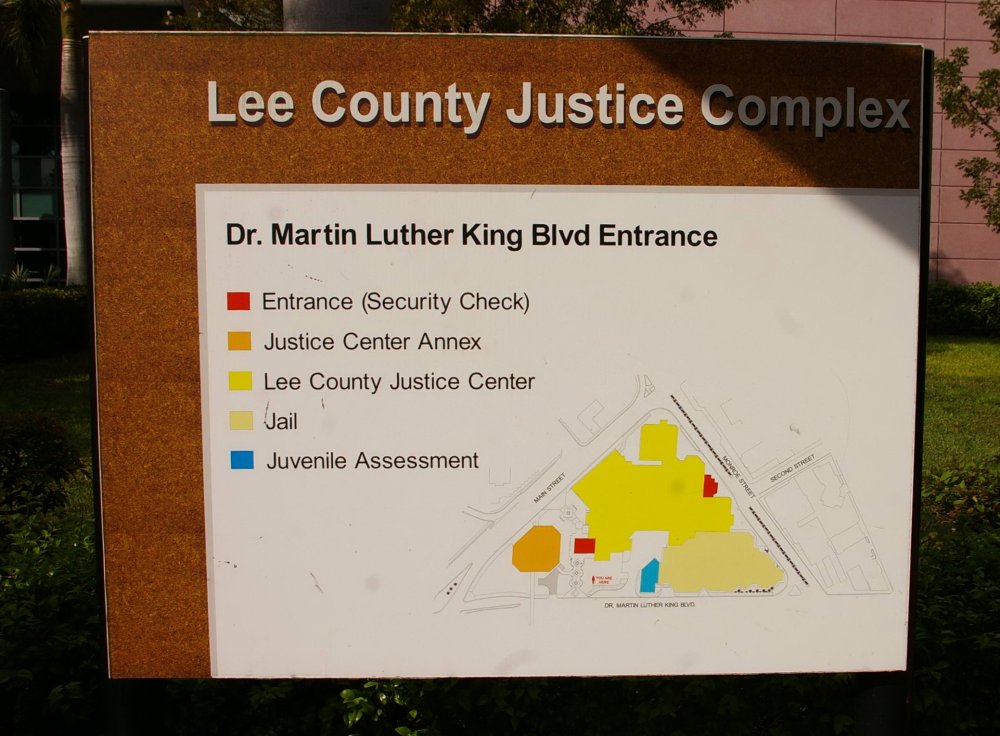 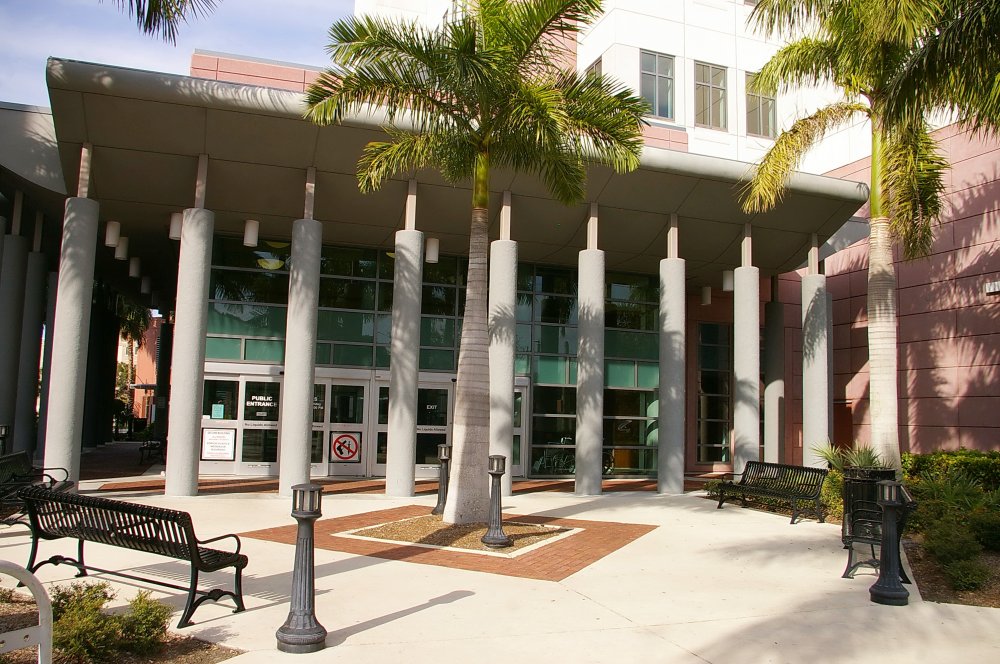 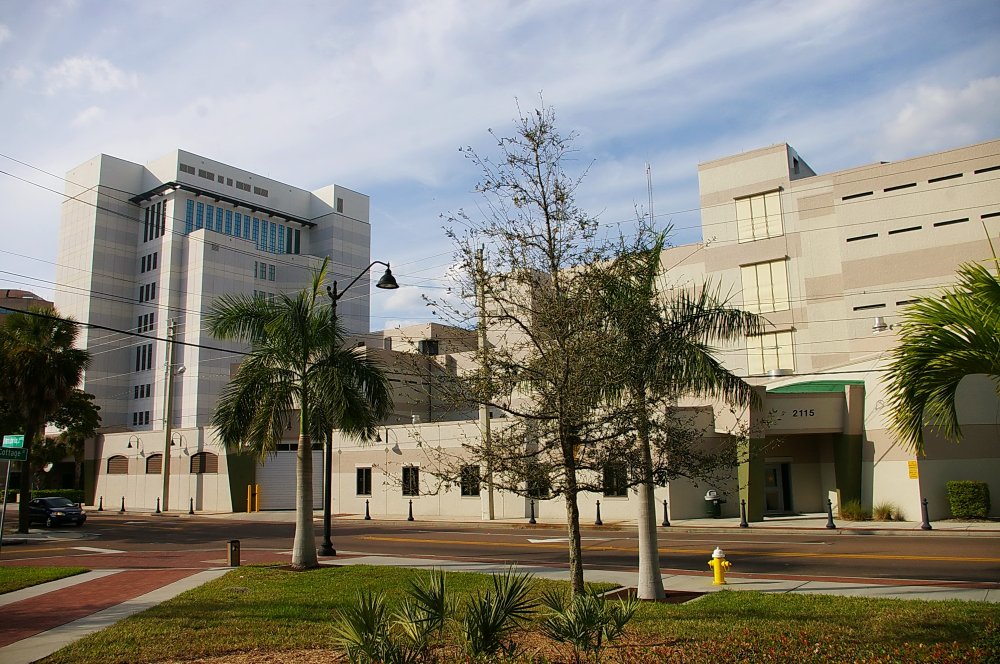 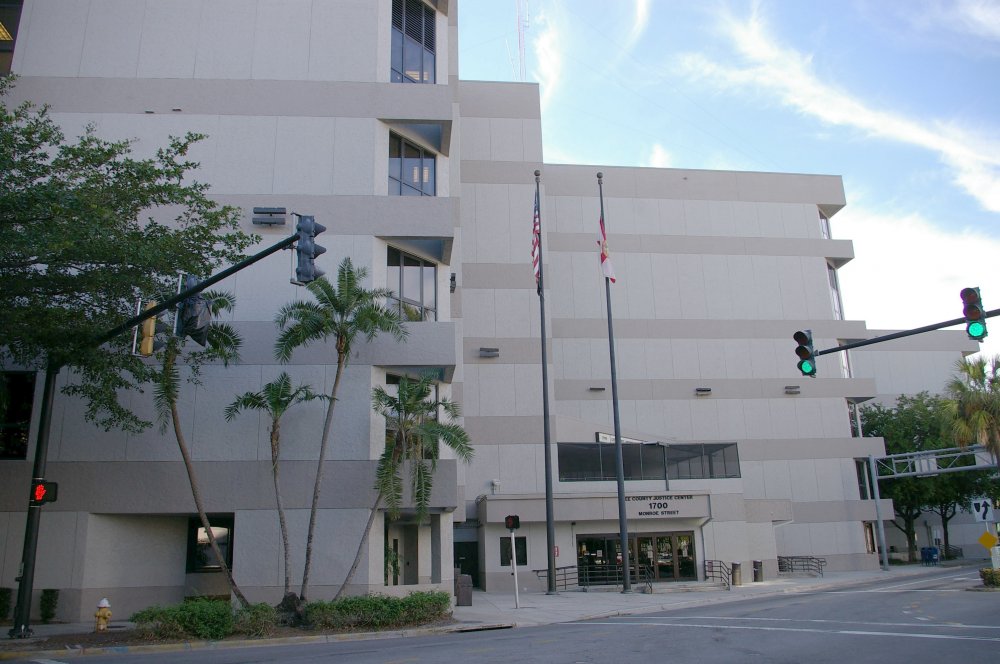 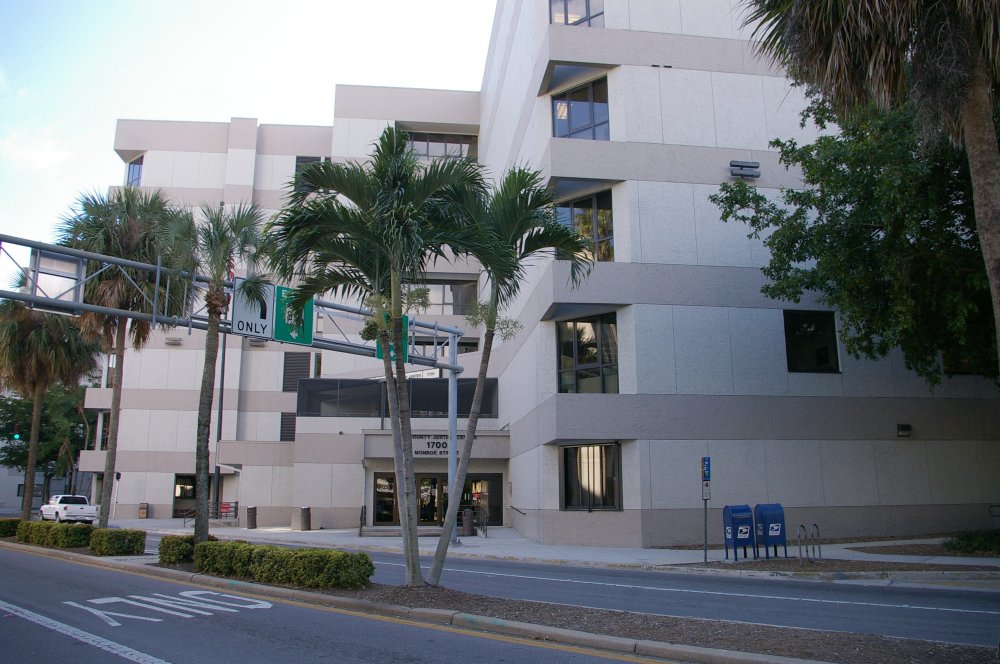 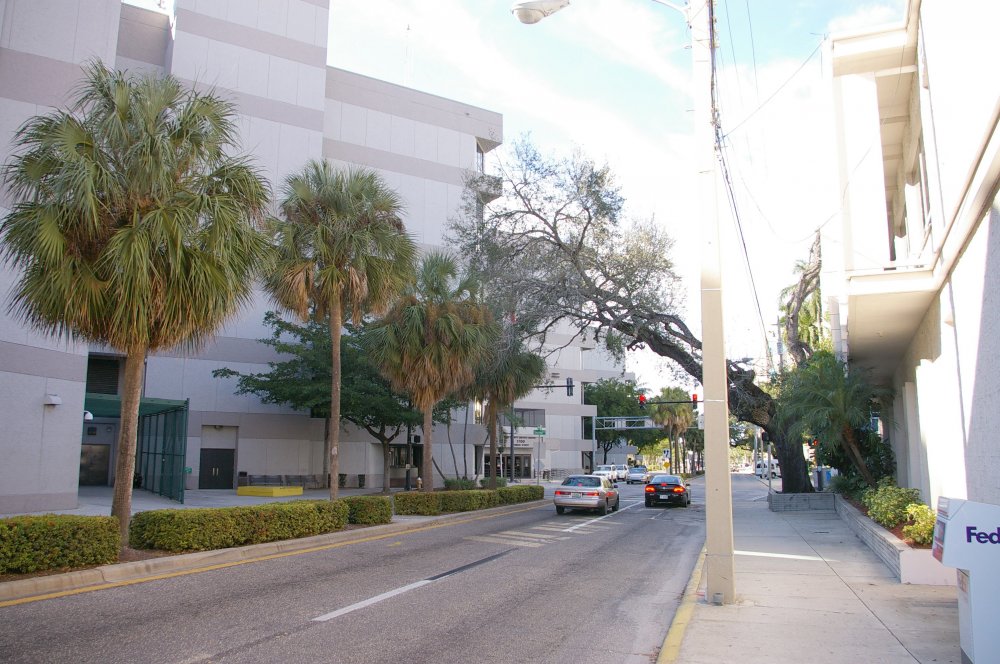 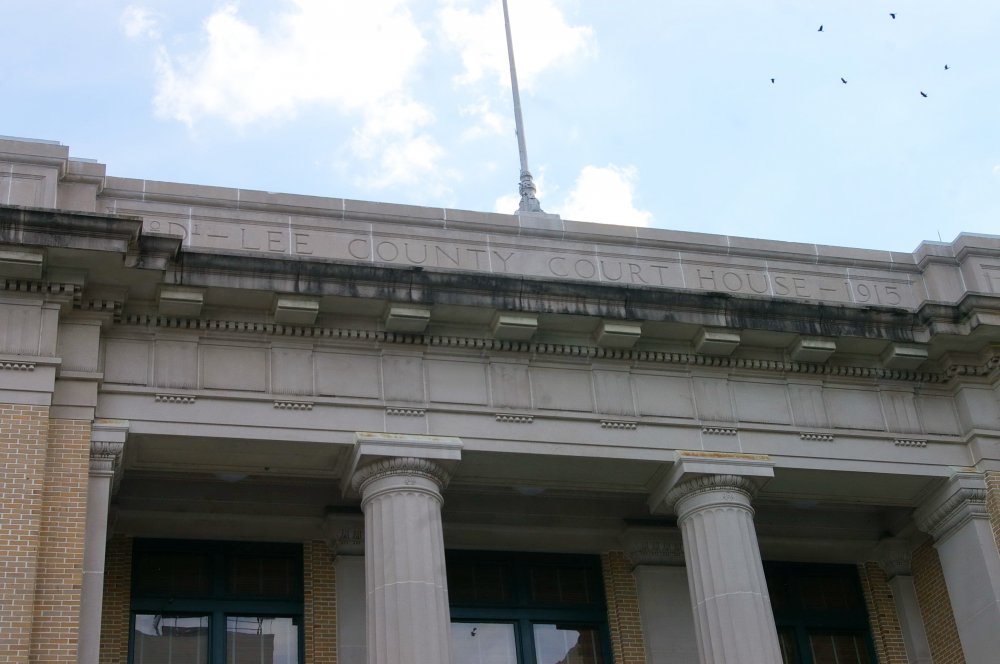 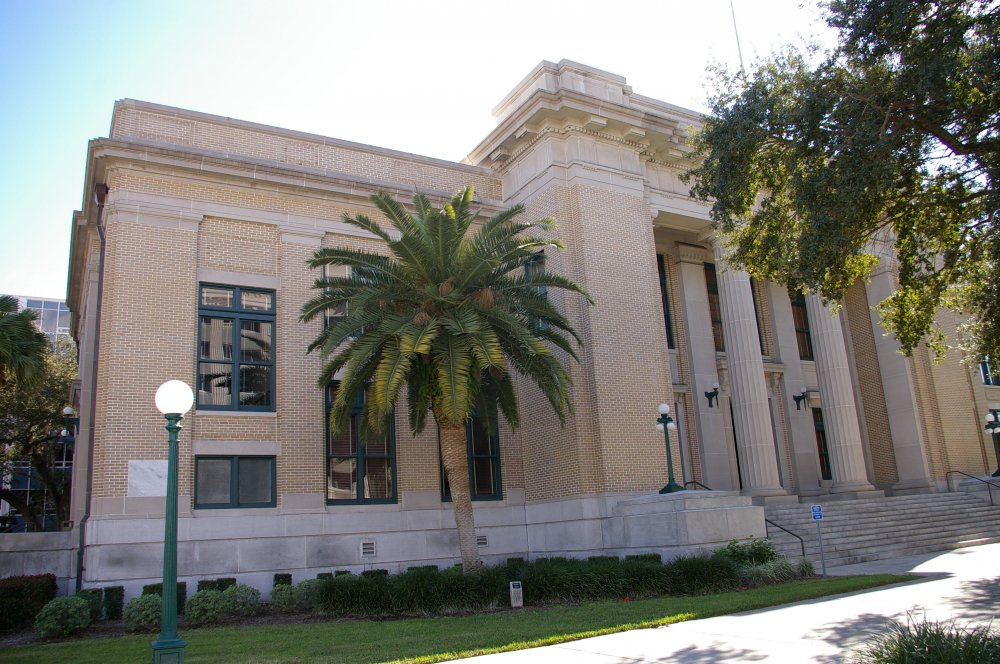