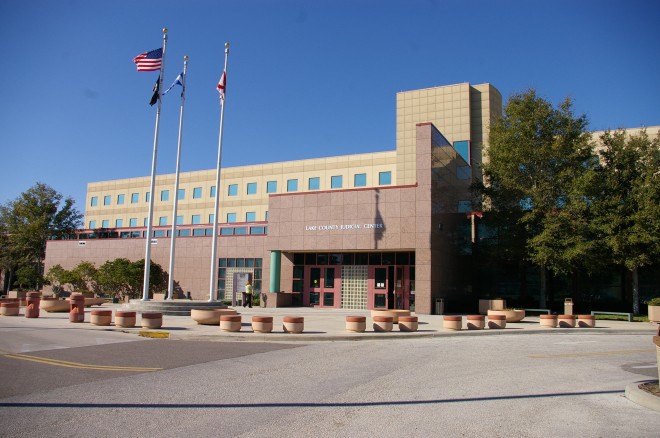 Lake County is named for the numerous lakes found in the county which number over five hundred lakes. 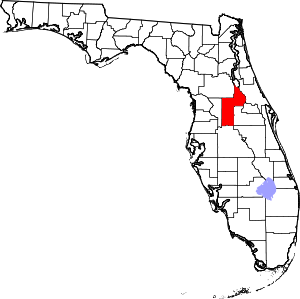 Description:  The building faces east and is a three story glass and concrete structure. The building is located on landscaped grounds in the center of Tavares. The east section is a low building faced with pink colored stone. On the west side is a four story buff brick section with square windows. In the center is a higher square buff colored tower. The roof line is flat. The building is named as the Judicial Center. 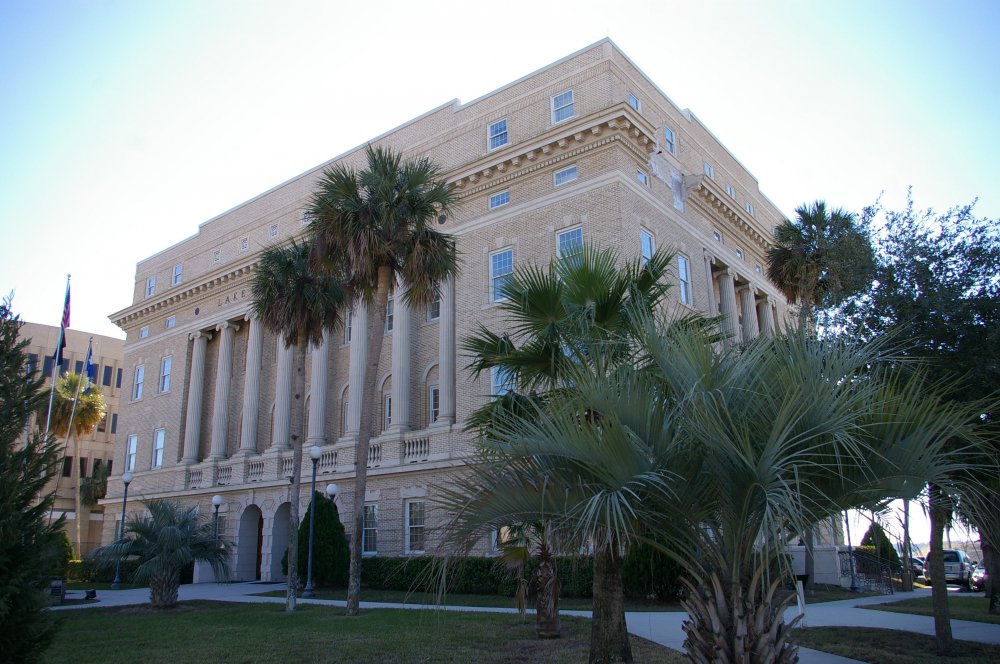 Description:  The building faces north and is a four story buff colored brick structure. The building is located on landscaped grounds in the center of Tavares to the south of the courthouse. The north front has three central arches with recessed doorways. On the second story is a balustrade balcony and eight columns rising to the top of the third story. The center section is recessed. Below the fourth story is a wide cornice. The roof line is flat. The first floor of the courthouse contains a central lobby area surrounded by small offices, and the grand stairway that leads to the upper floors. The open lobby area of the first floor, displays restored original plaster ceilings, cornices, and trim. The second floor is the mezzanine surrounded by offices. Originally, the third floor contained the offices of the County Court and now it accommodates the offices of the Planning Department. The staircase leading to the third floor reflects the tile work and detail similar to the grand staircase. The fourth floor originally contained the court room and holding cells, and now has temporary offices. The building was remodeled in 1964 and restored in 1997. 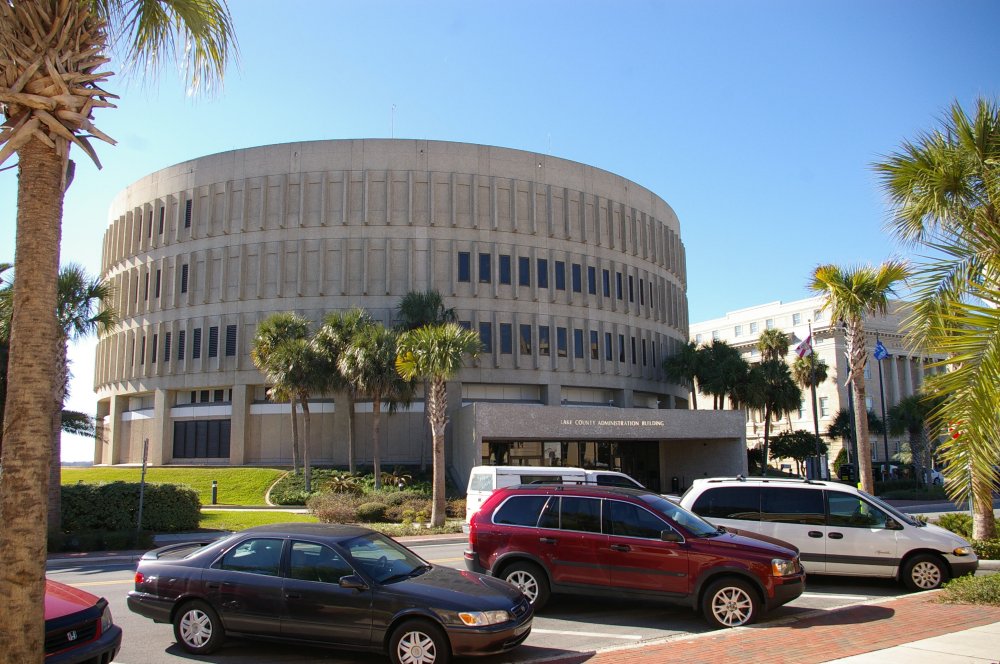 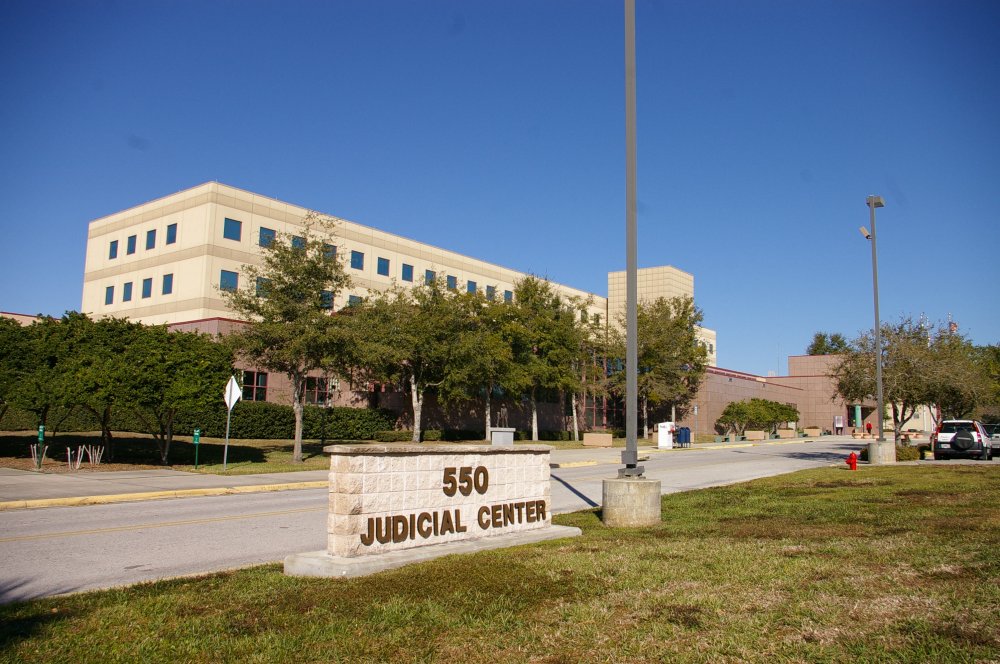 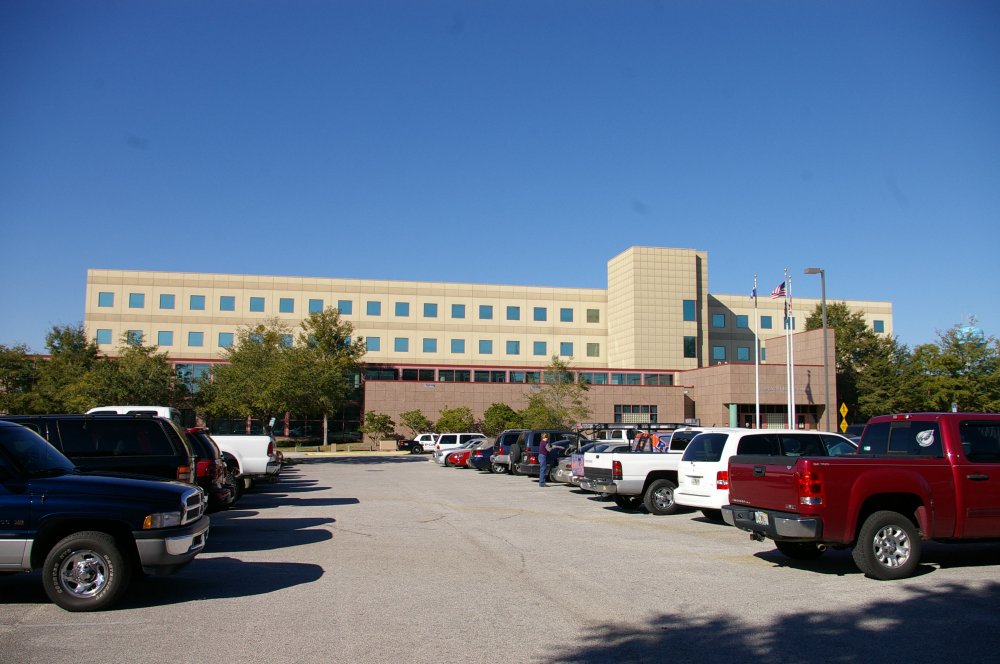 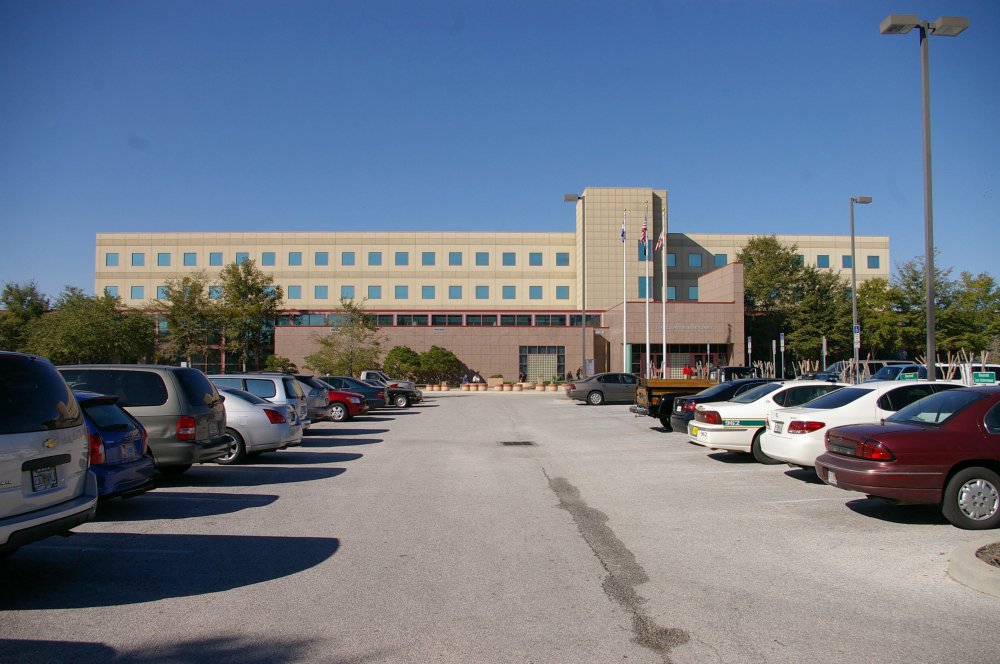 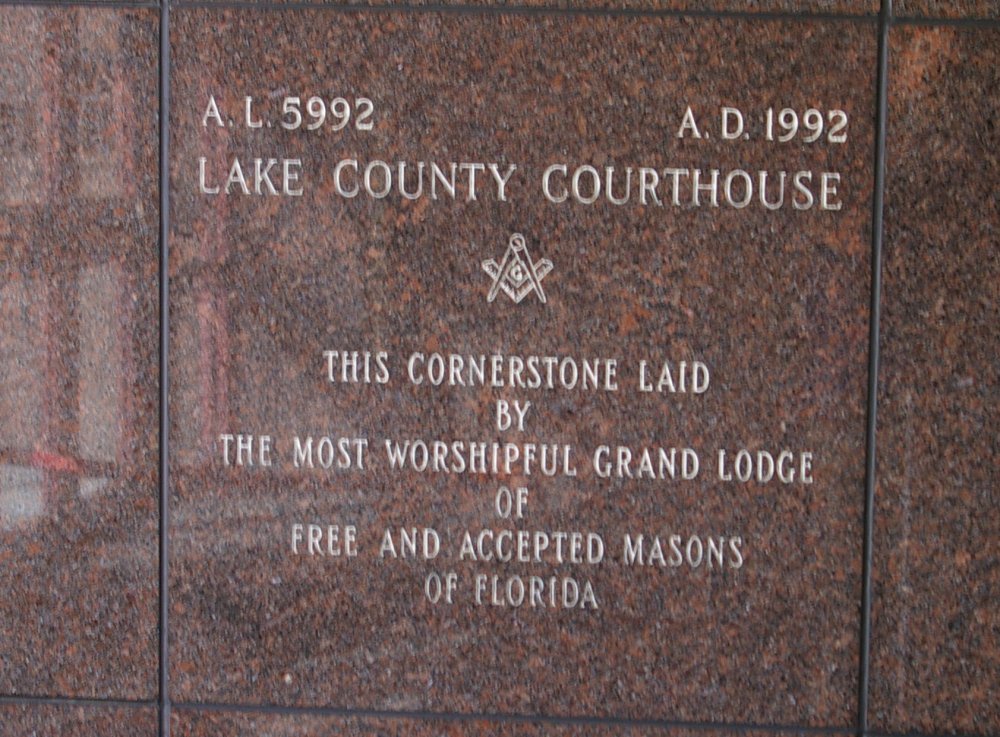 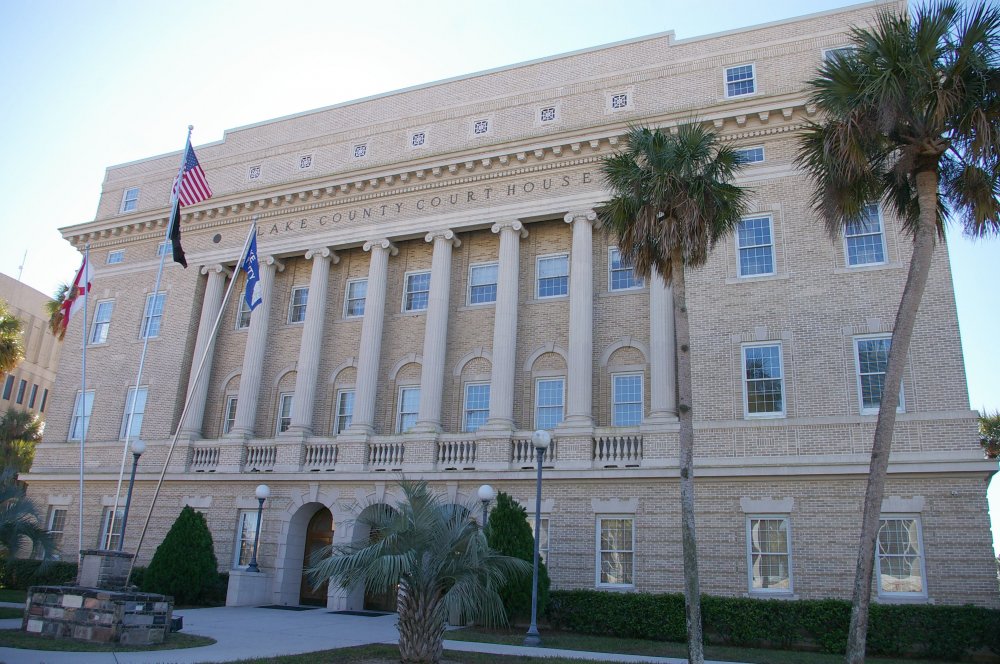 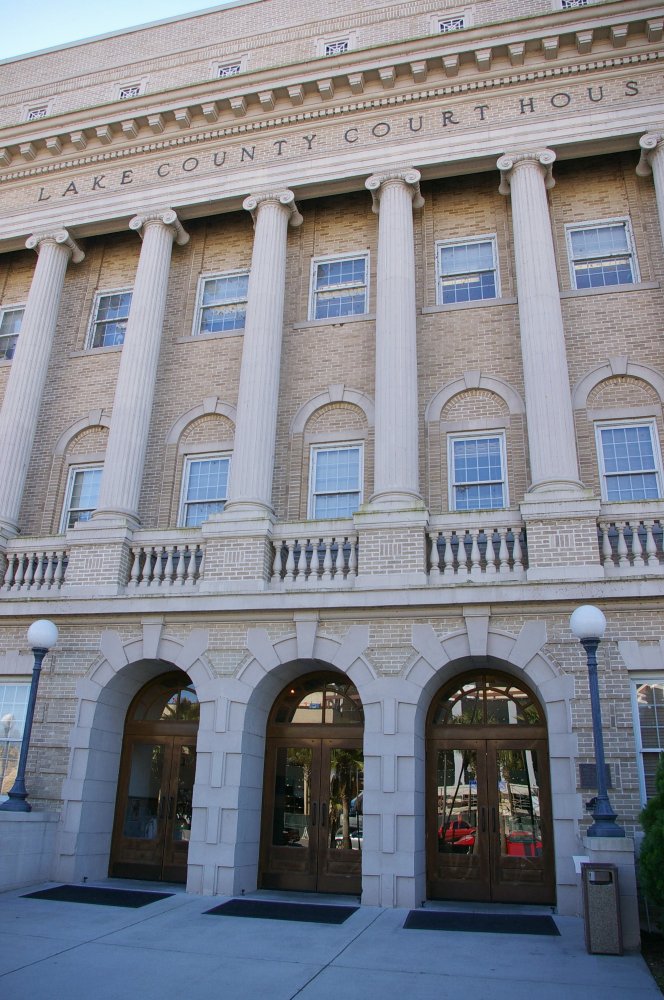 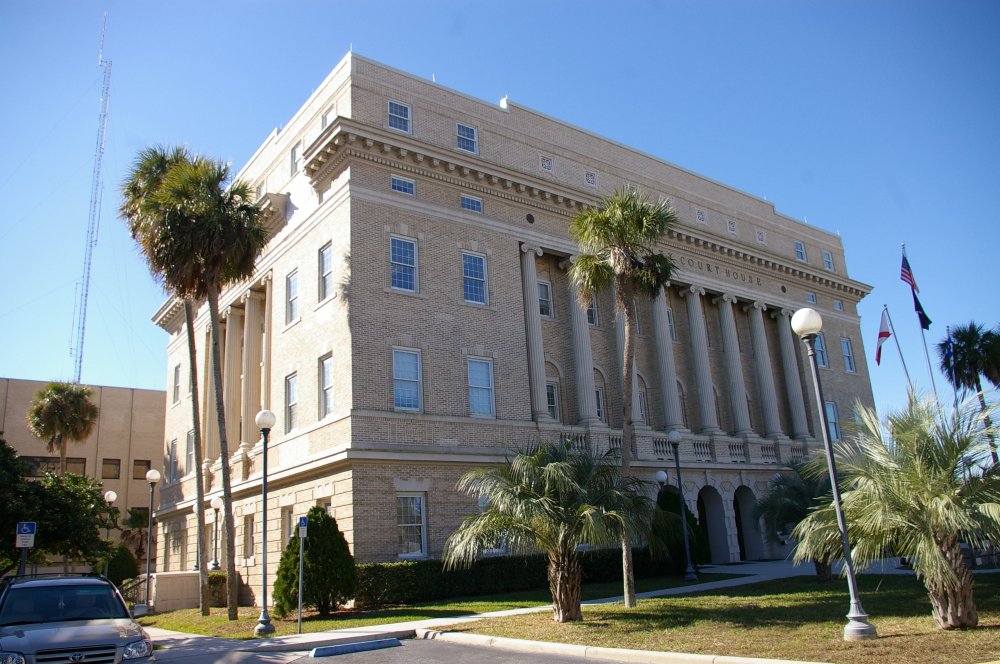 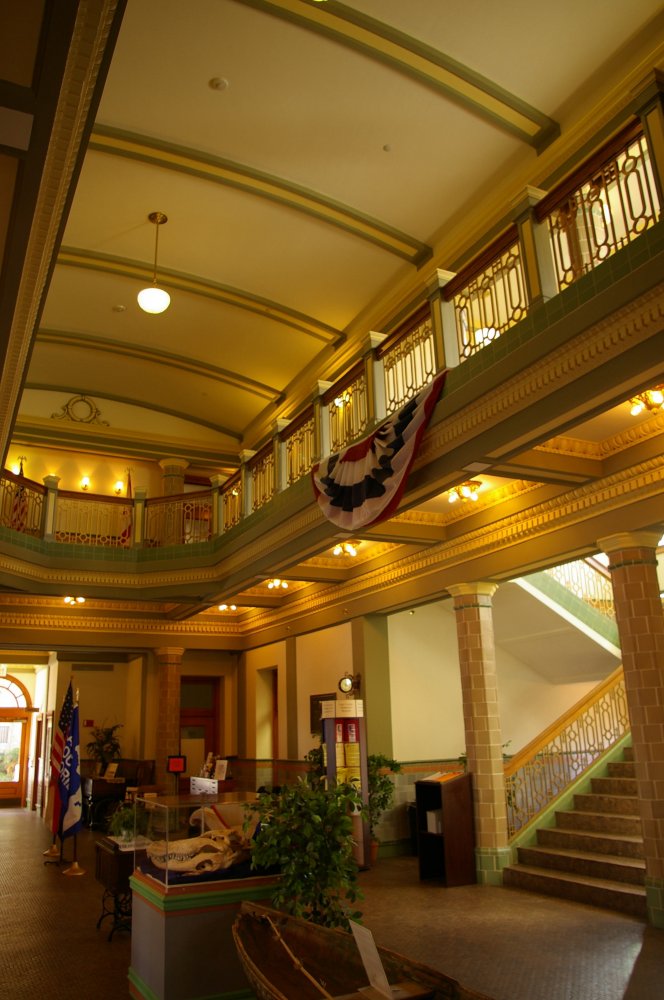 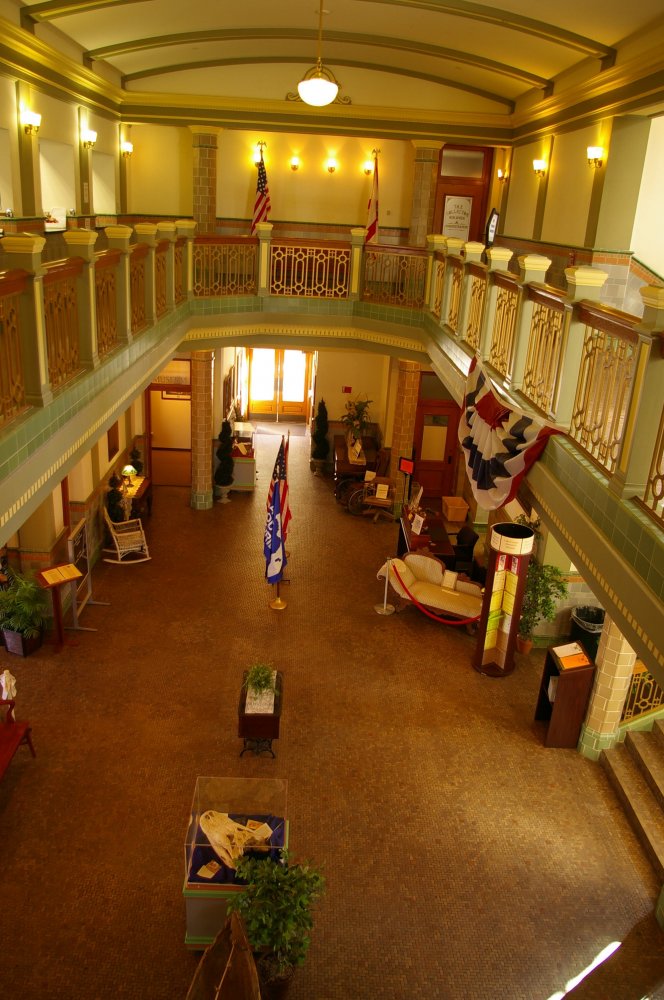 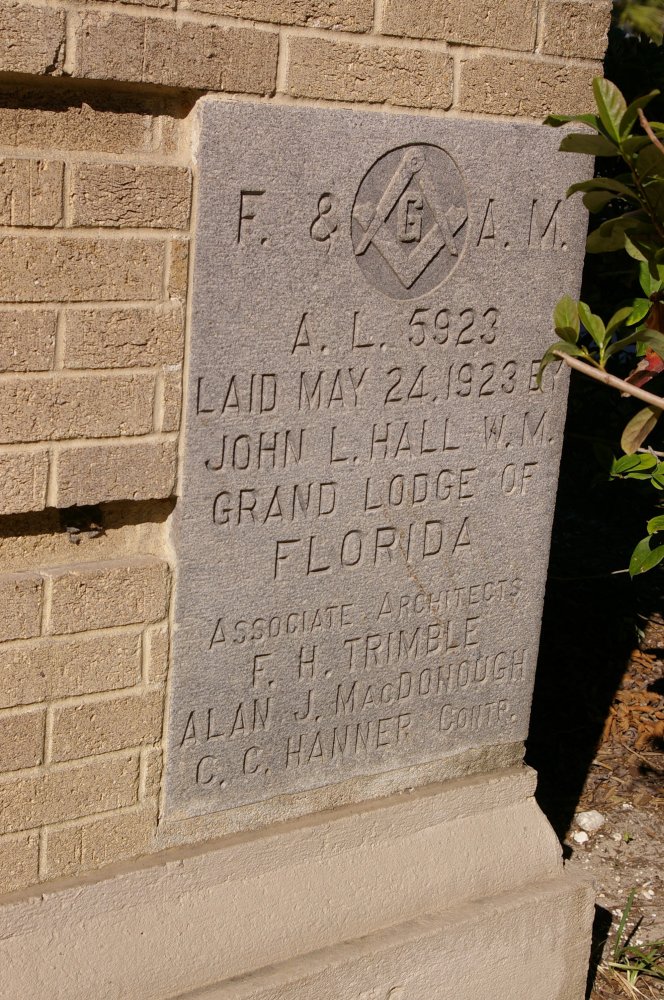 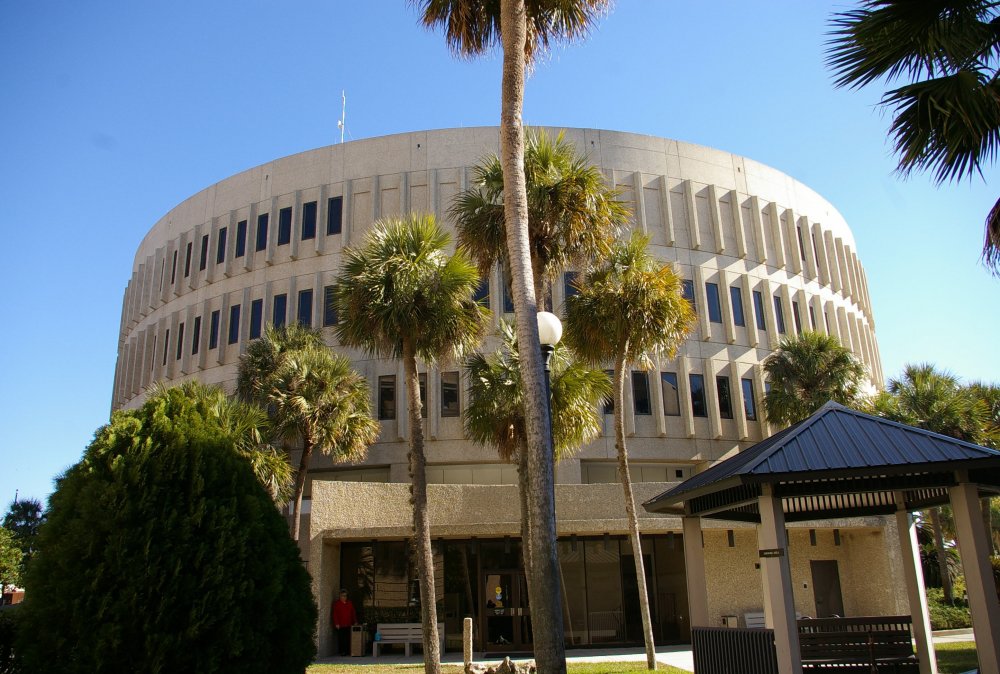 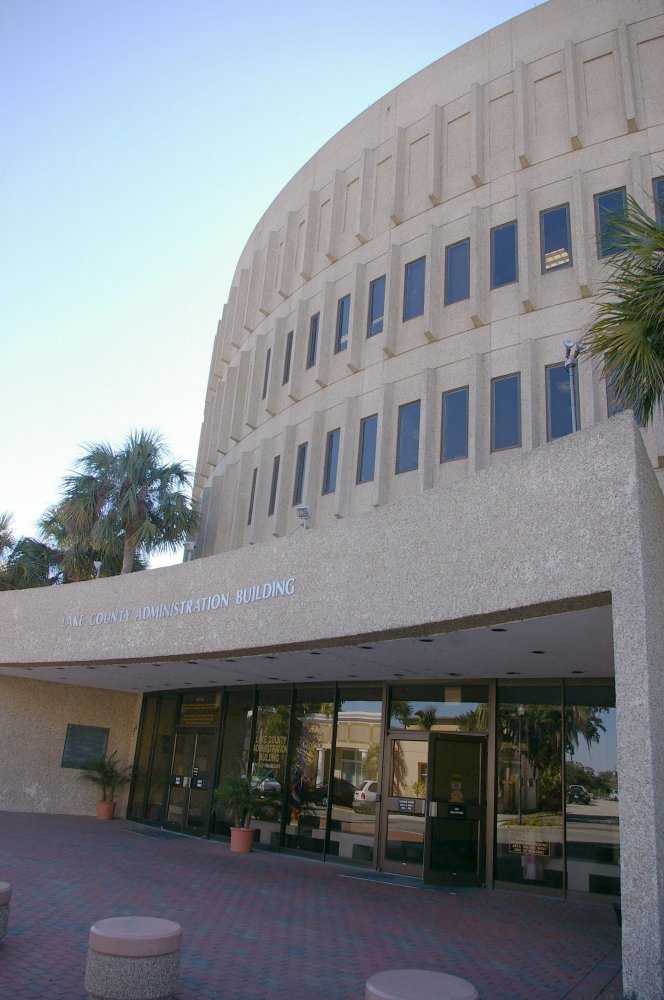 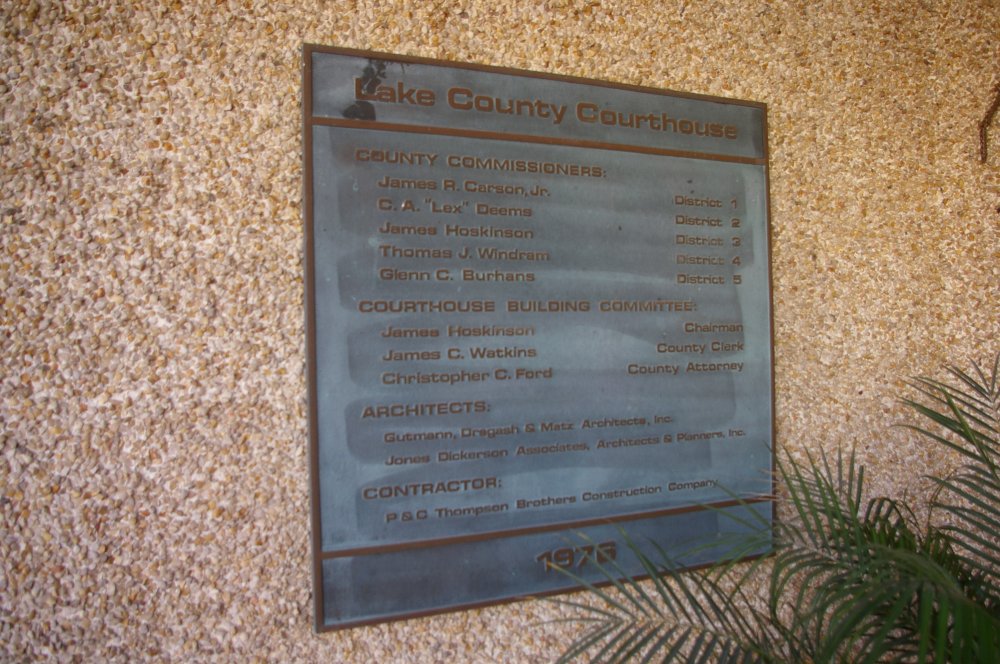