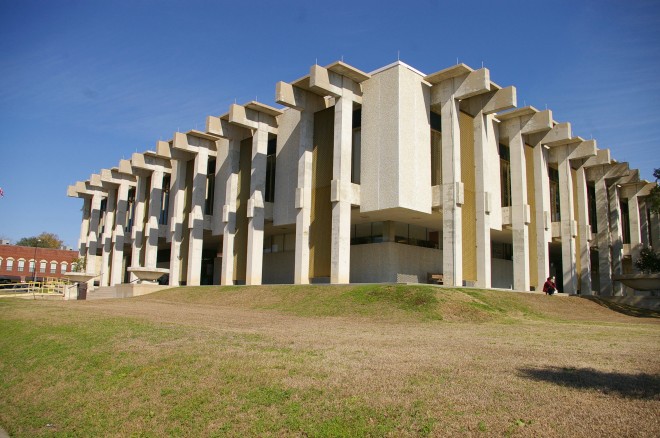 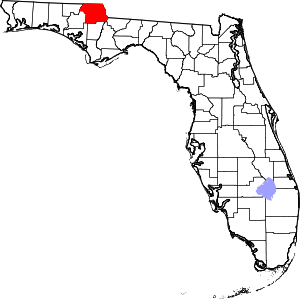 Description: The building faces north and is a two story concrete and glass structure. The building is located on landscaped grounds in the center of Marianna. Around the outside of the building are concrete pillars which extend outwards at the top. There is recessed walkway around the first story and the roof line is flat. The entrances are recessed. The building houses the Circuit Court of the 14th Judicial Circuit and County Court. In 2012, alterations were completed. The architect was Paul Donofro & Associates of Marianna and the contractor was Ajax Building Corporation of Midway. Description: The building faces west and is a two story cream colored stucco and concrete structure. The building is located on the east side of the courthouse in the center of Marianna. The west front has horizontal windows. The upper part has brown colored siding and the roof line is flat. 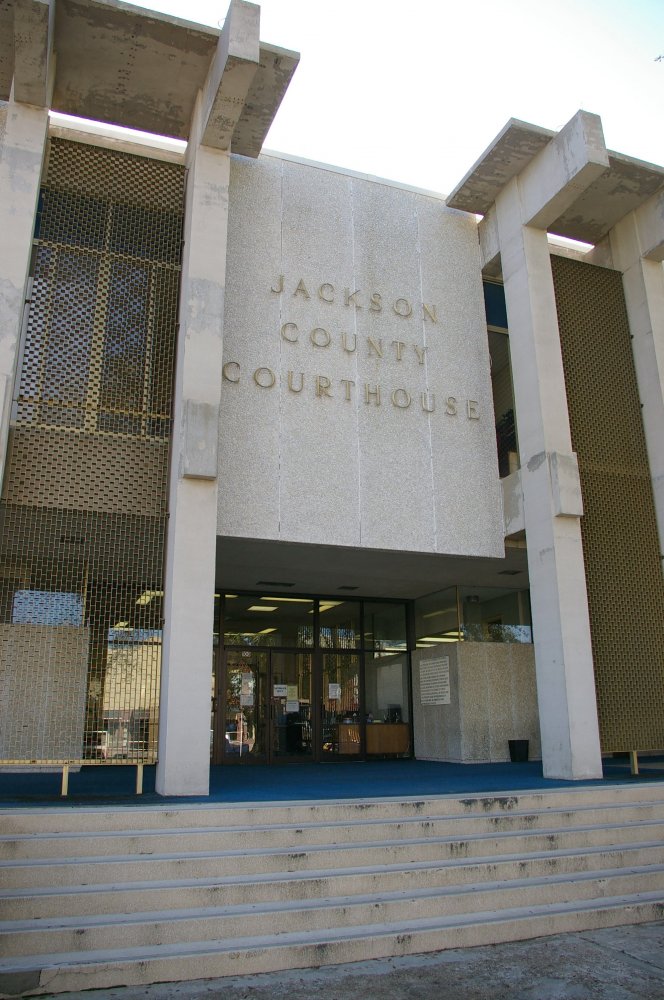