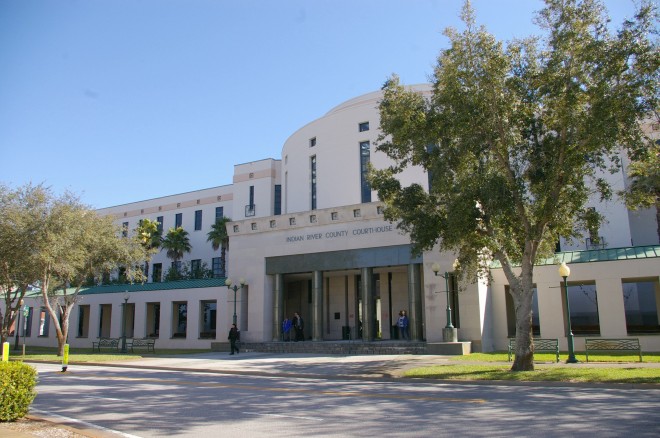 Indian River County is named for the Indian River which is a long, narrow saltwater lagoon between the mainland and the barrier islands. 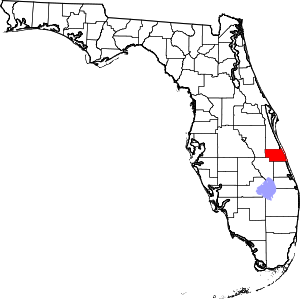 Description:  The building faces west and is a three story limestone, concrete and glass structure. The building is located on landscaped grounds in the center of Vero Beach. The west entrance has a square portico supported by four black colored columns supporting a black colored stone header. Above the portico is a rounded section with green colored dome. The first story extends from the west front of the building. In the interior is a rotunds with black colored columns. The building houses the Circuit Court of the 19th Judicial Circuit and County Court. 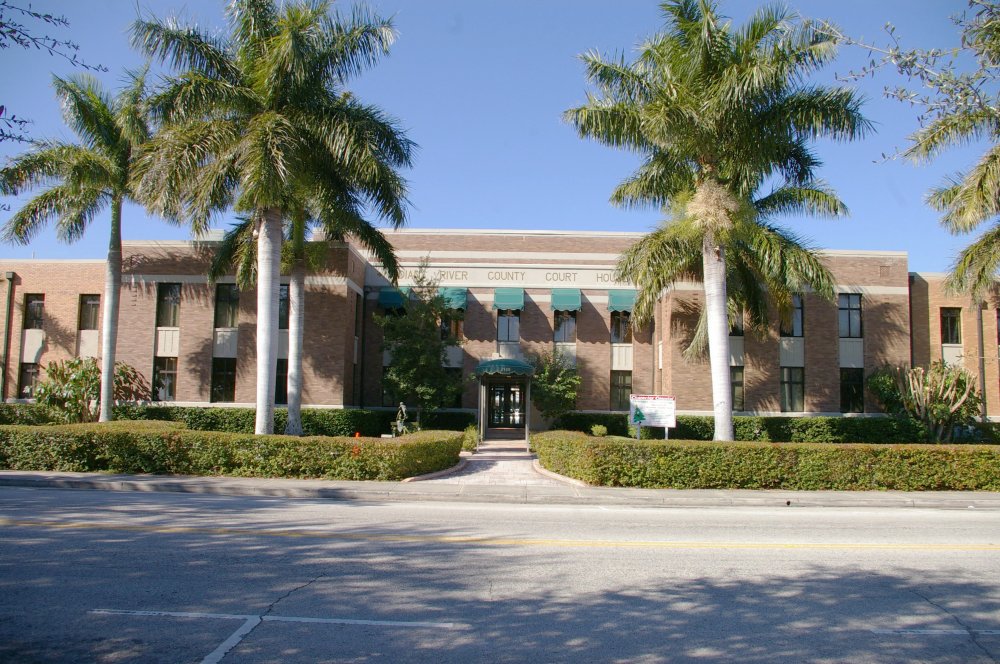 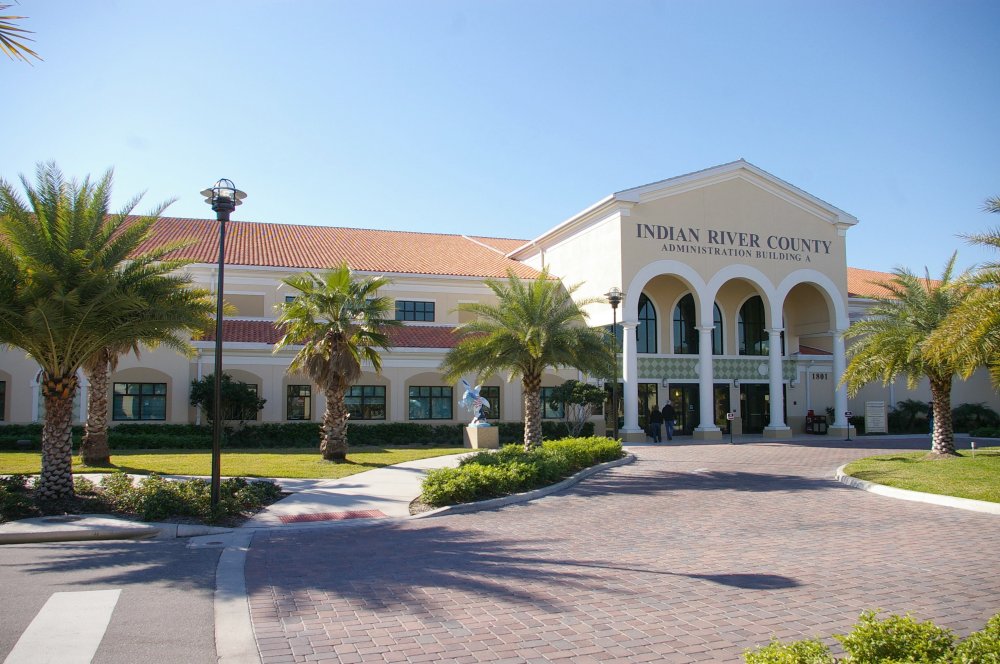 Description:  The building faces north and is a two story stucco and concrete structure. The building is located on spacious landscaped grounds to the north of the center of Vero Beach. The north front has a projecting center section with three large arches, recessed doorway, balcony on the second story and large arched windows on the second story. The roof is hipped. 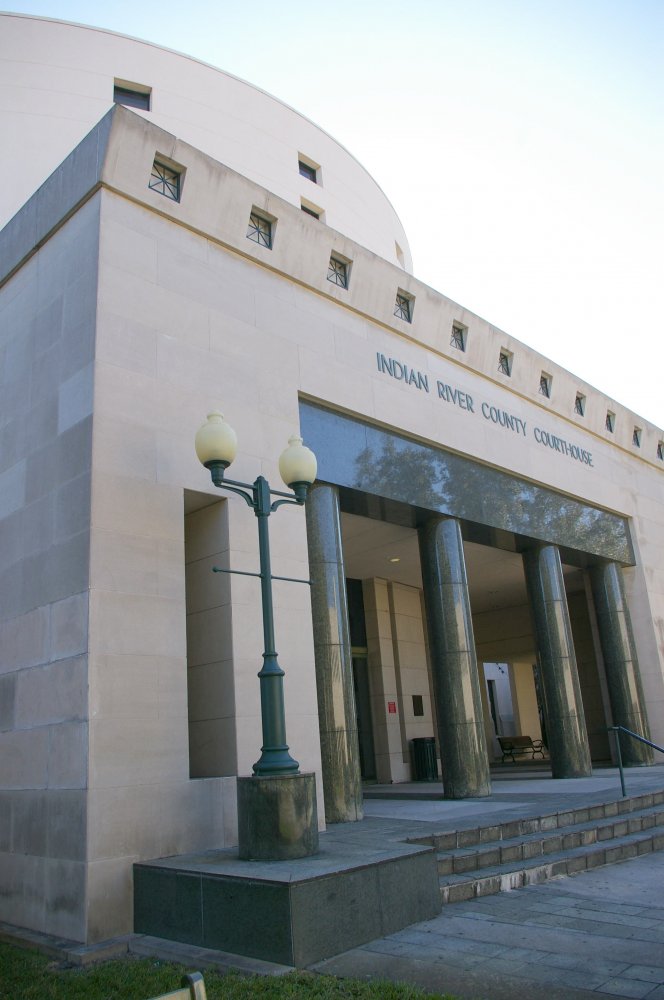 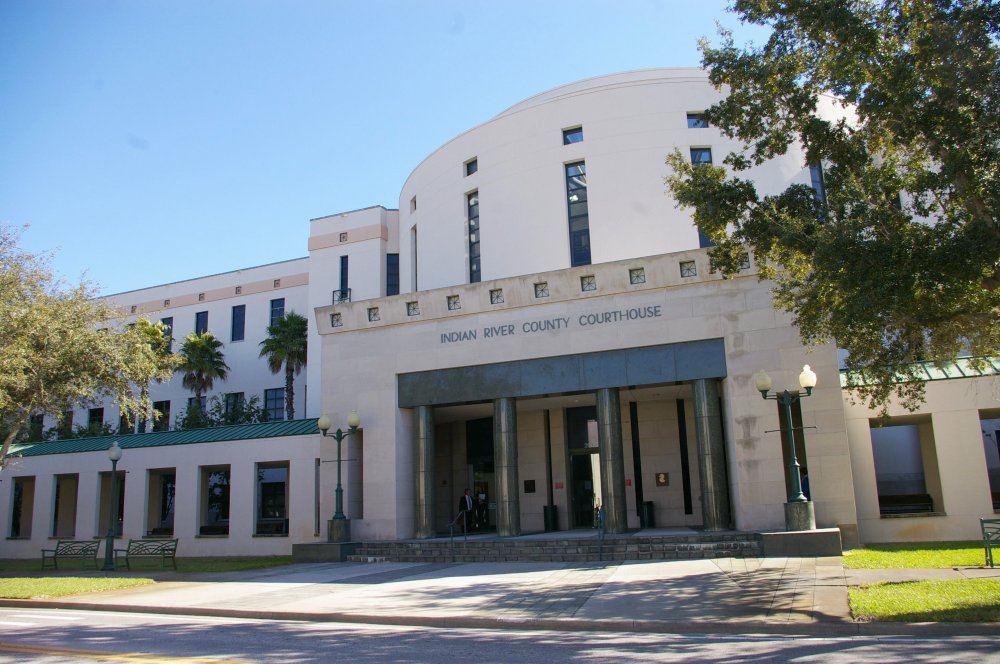 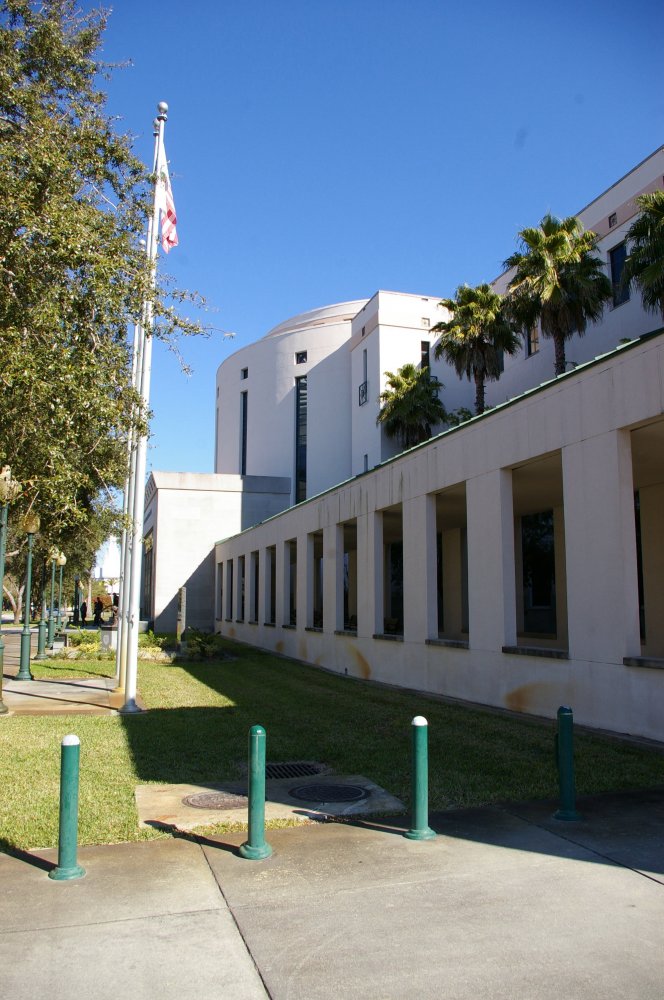 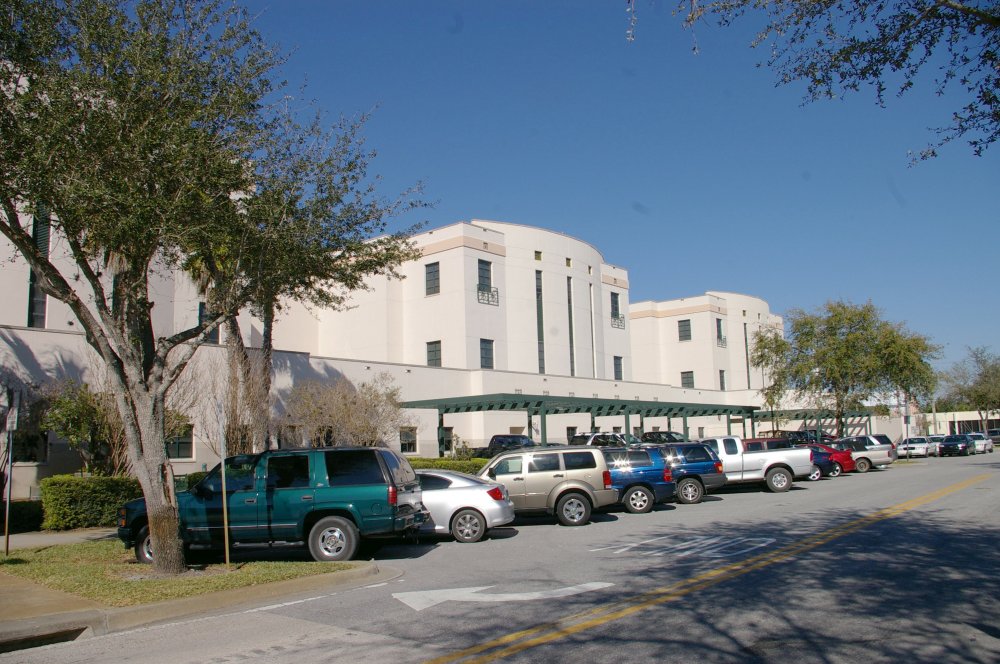 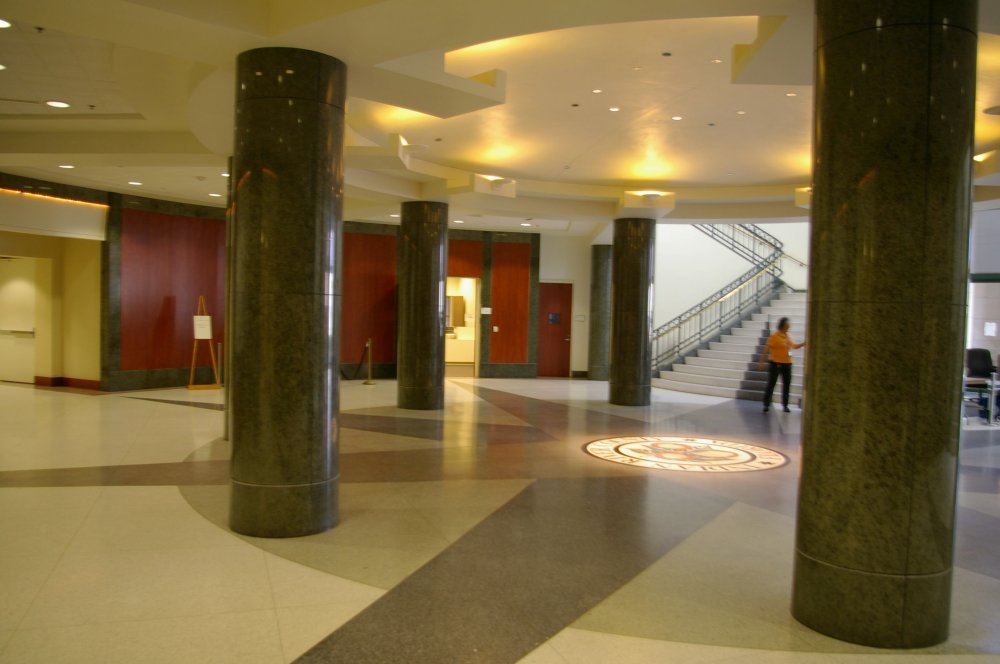 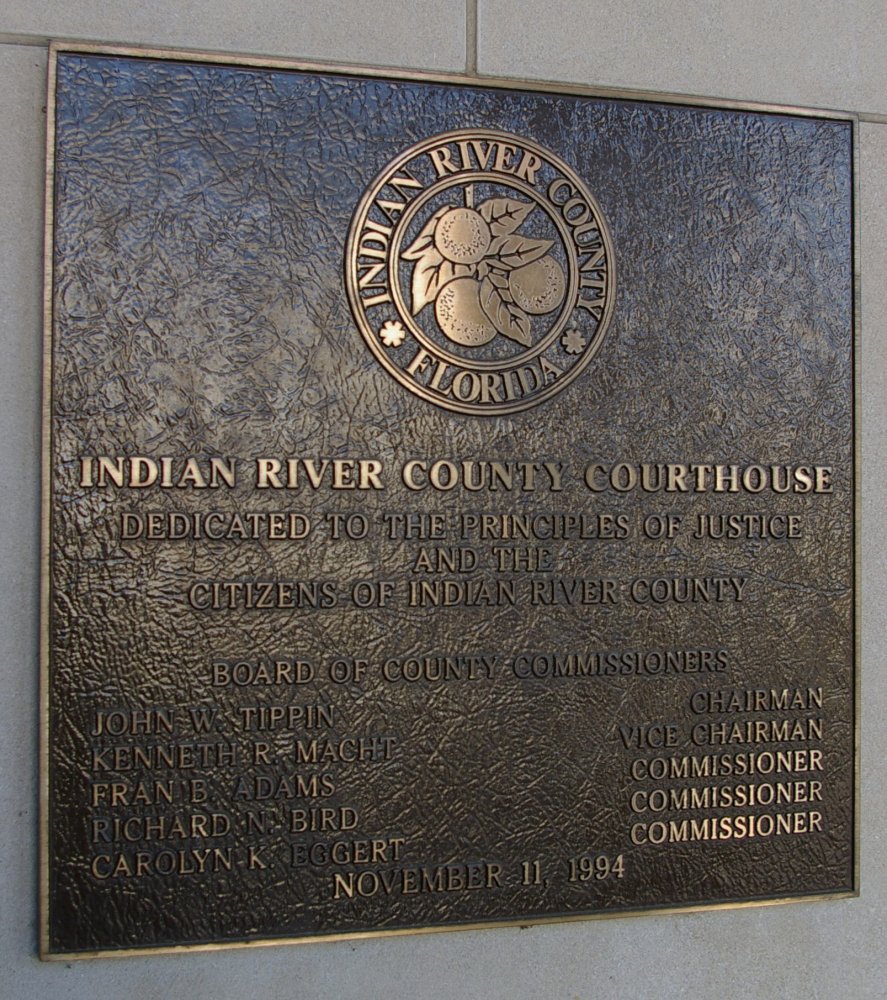 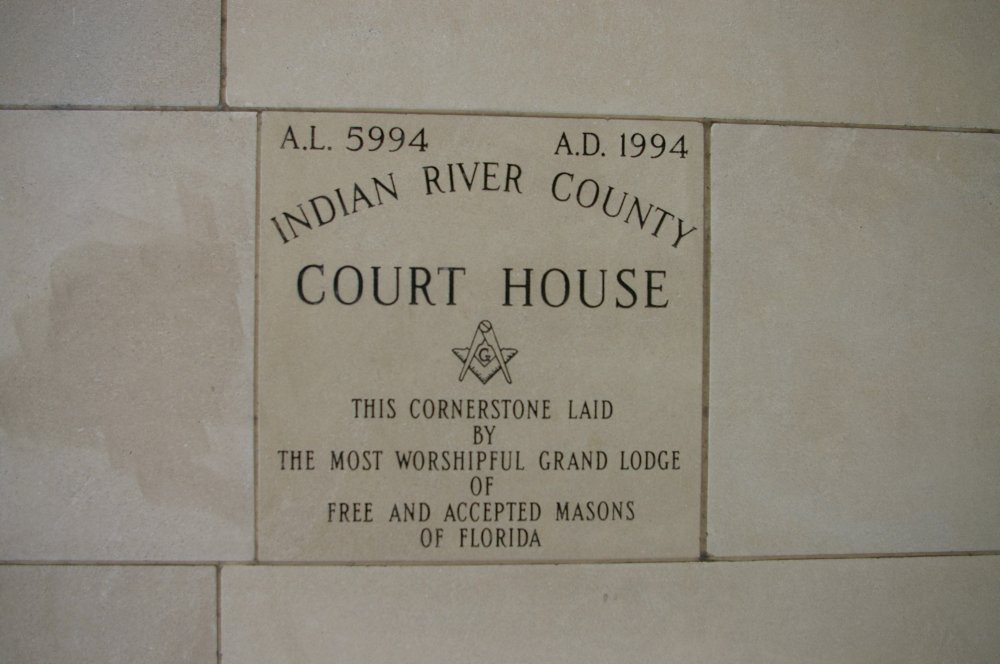 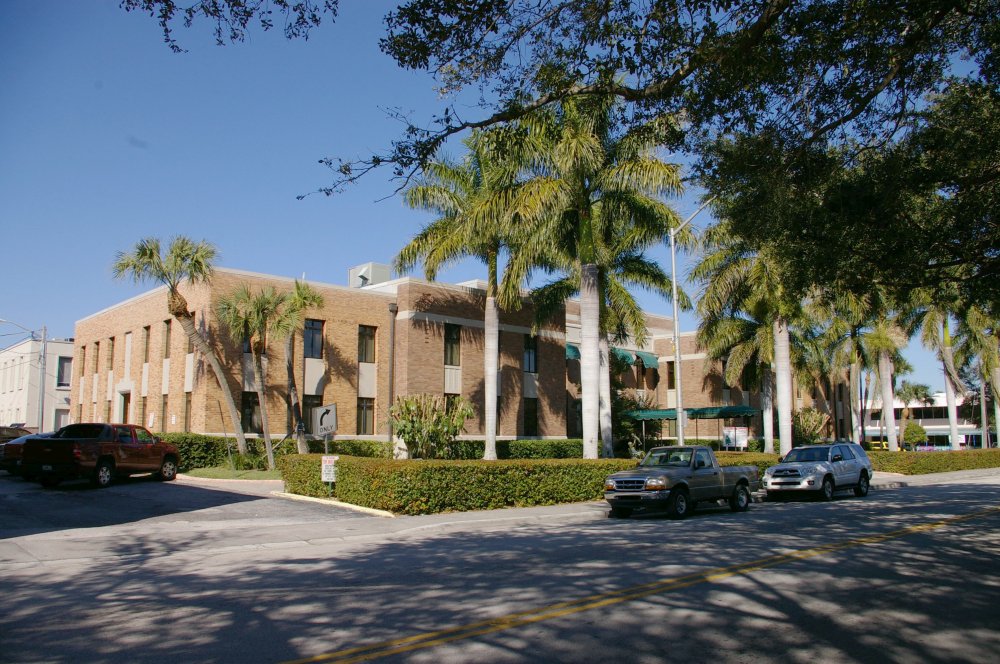 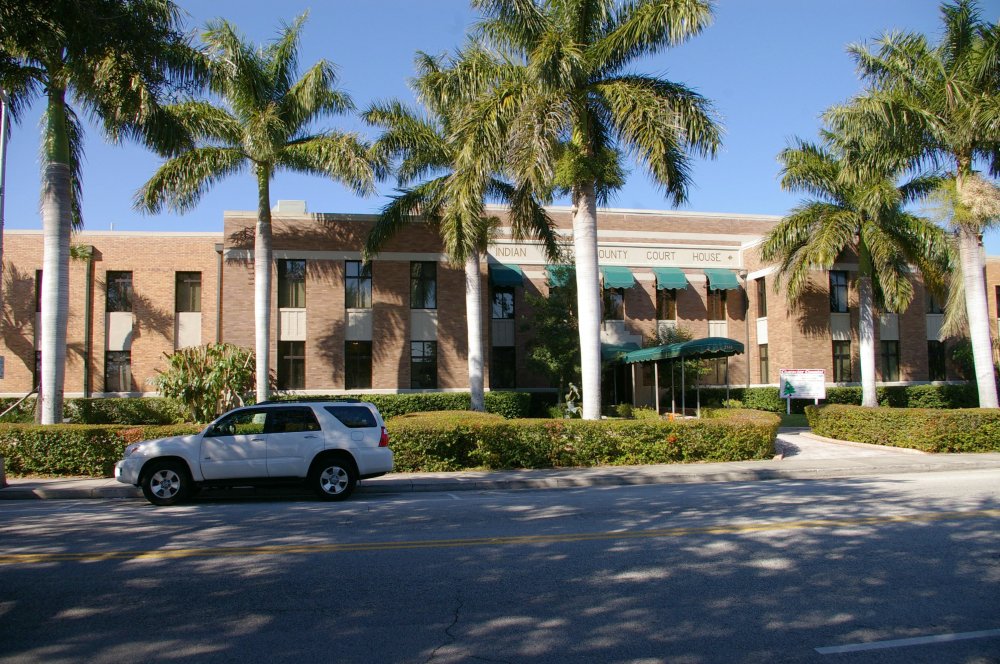 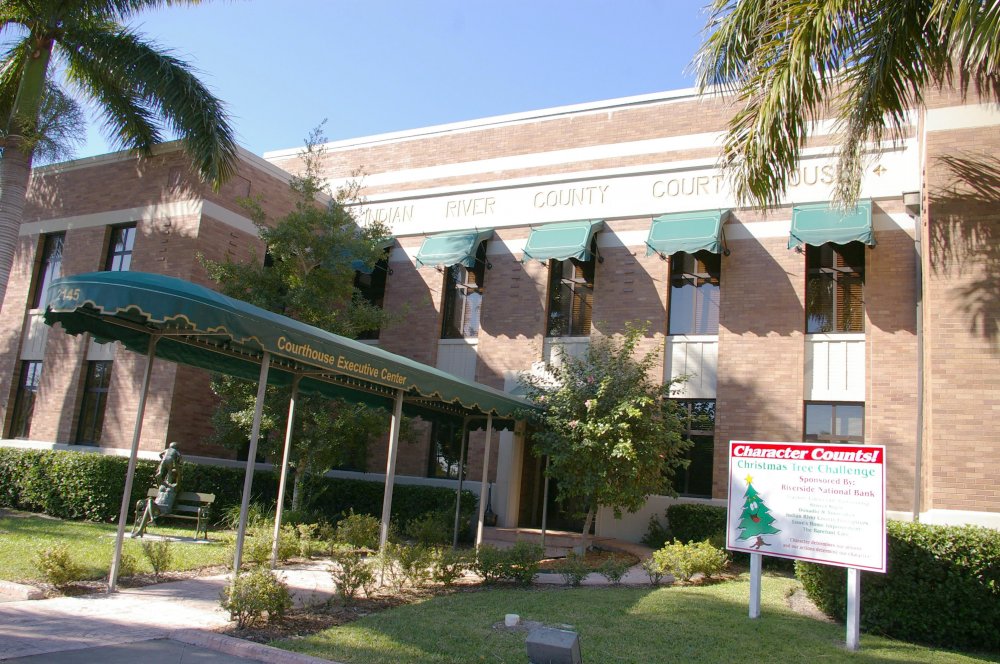 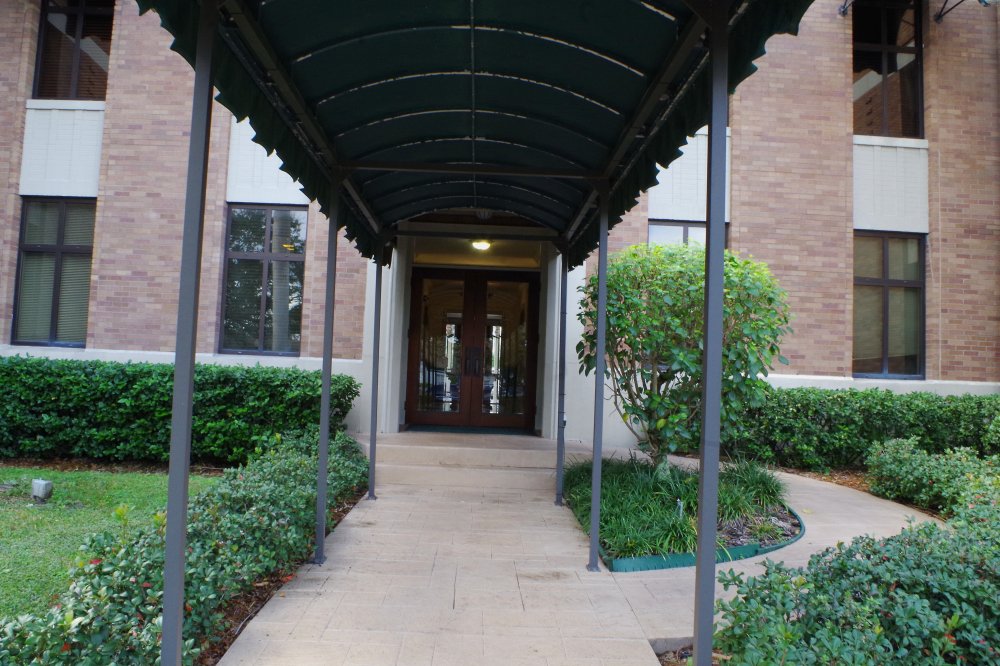