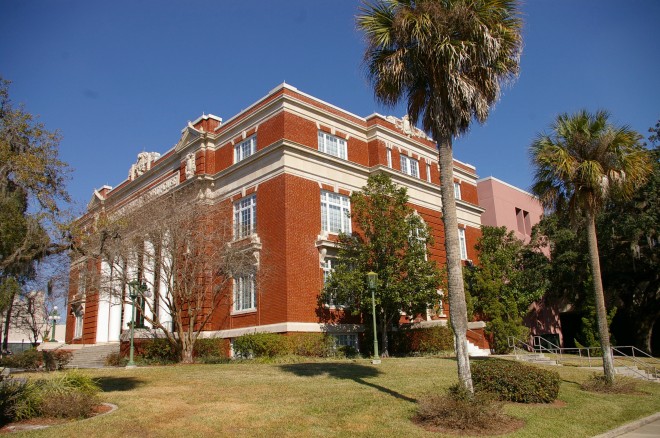 Hernando County is named for Hernando De Soto, who was a Spanish explorer who travelled through Florida.

Description: The building faces north and is a three story red colored brick, stone and concrete structure. The building is located on landscaped grounds with the County Government Center on the north side.. The portico at the west side has four large white colored columns rising to a header with ornamental crest at the roof line. A wide projecting cornice runs below the third story. A smaller cornice runs below the roof line. The courtroom is located on the thirdr story. In 1994, the building was renovated. The architect was Sanford M Goldman and the contractor was Laseter Engineering & Construction Inc. 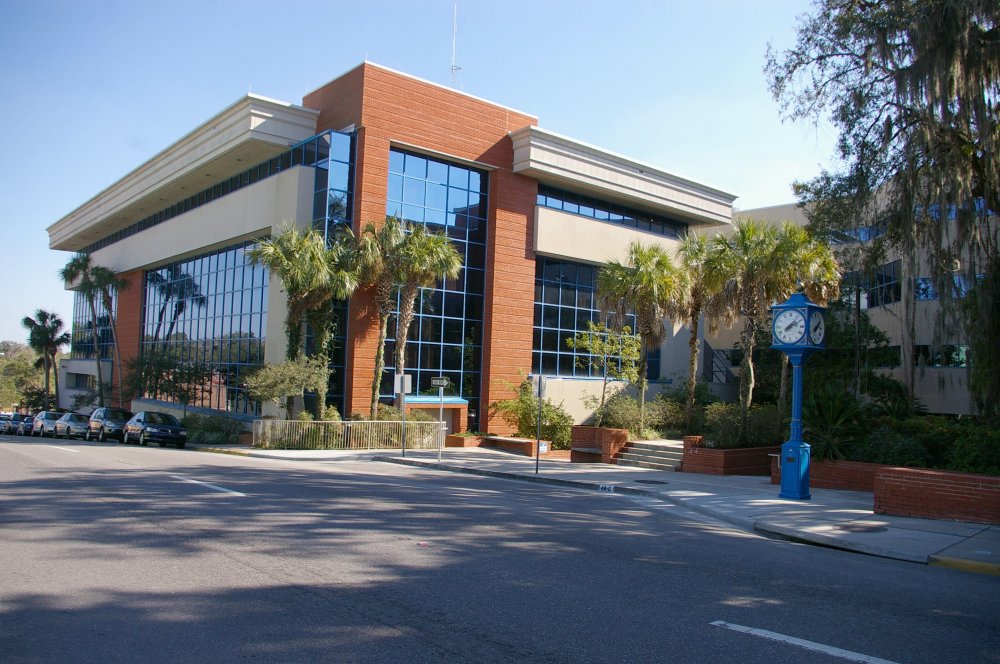 Description: The building faces west and is a two story red colored brick, concrete and glass structure. The sides of the building have large glass panels divided by brick and concrete dividers. On the west side is a courtyard which joins with the old courthouse on the west side. 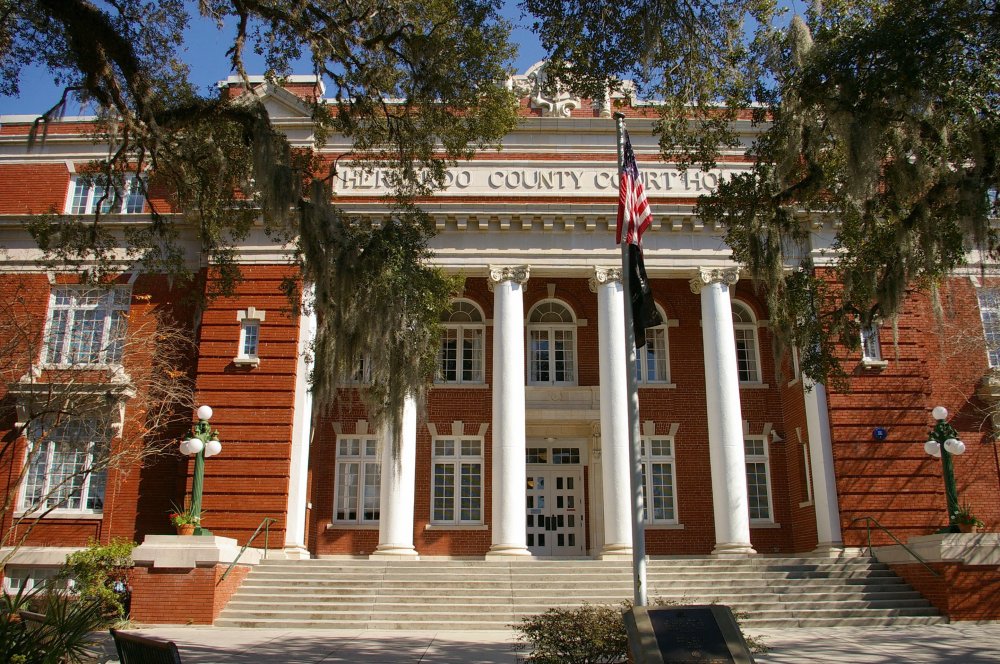 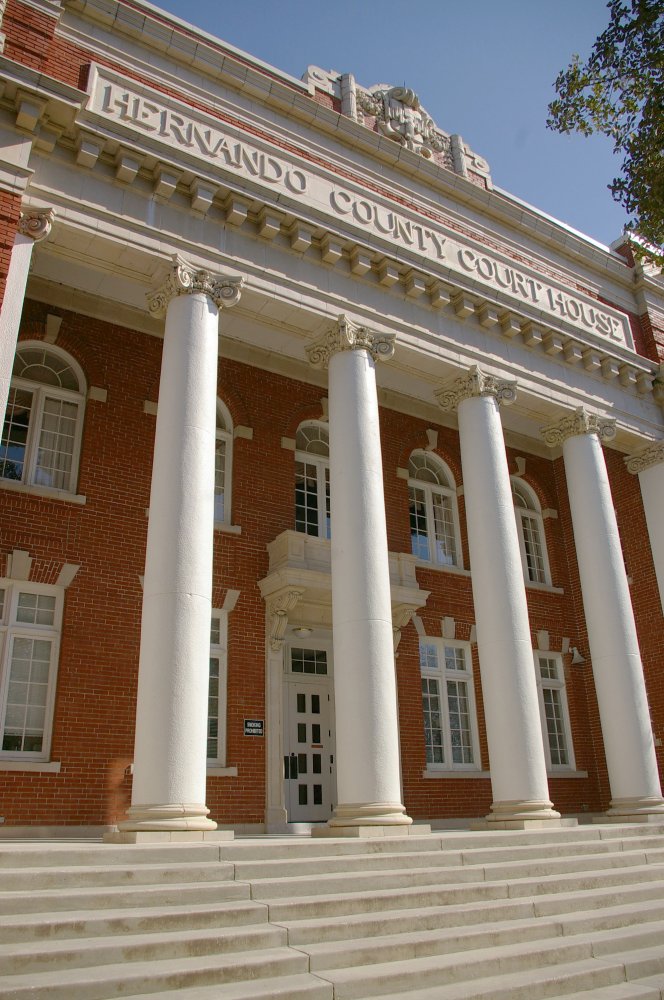 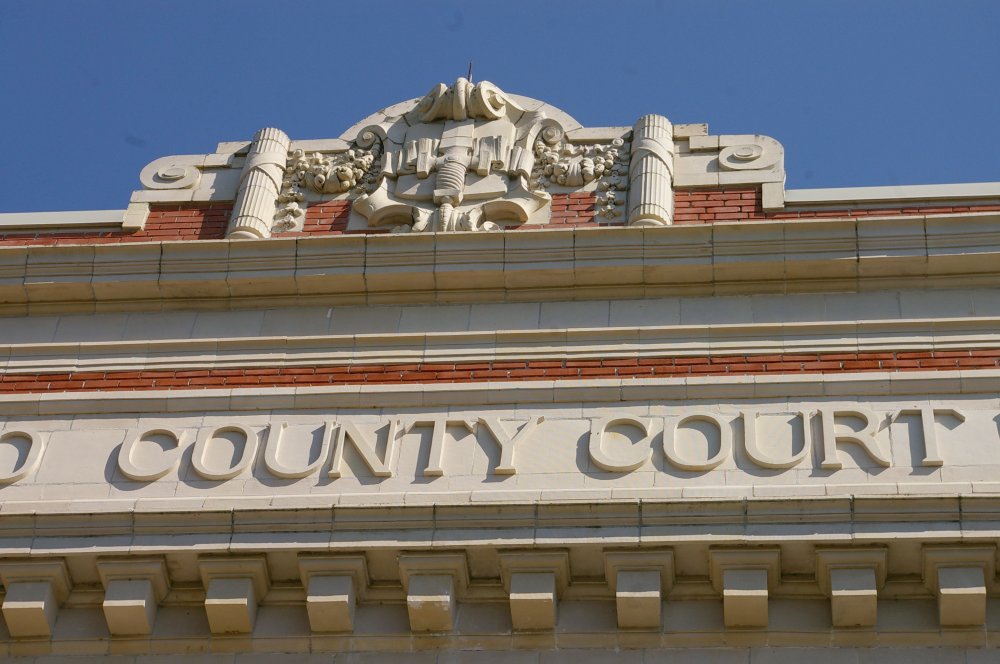 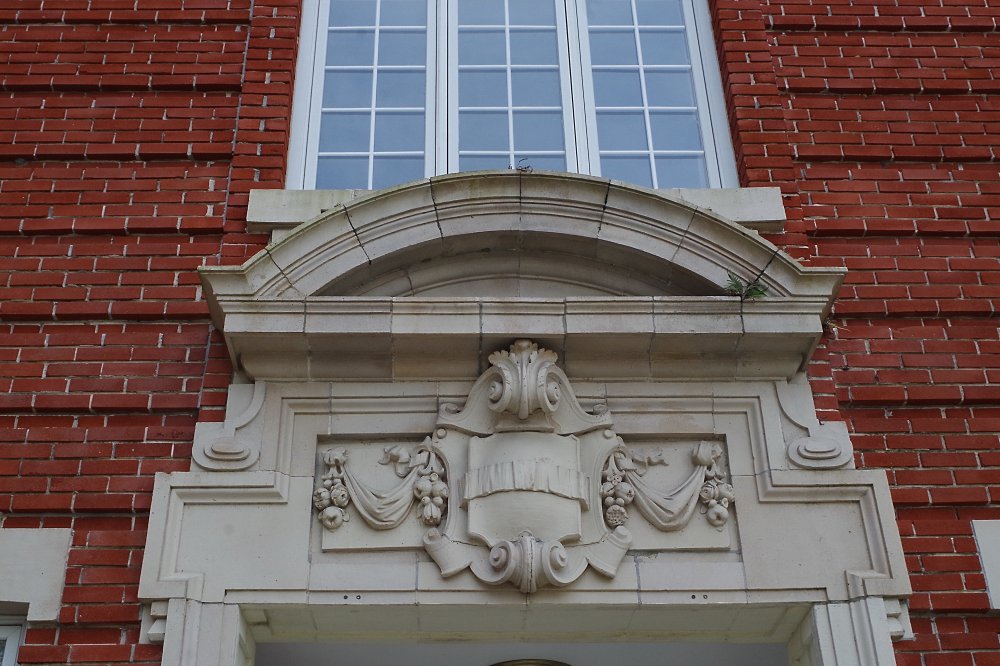 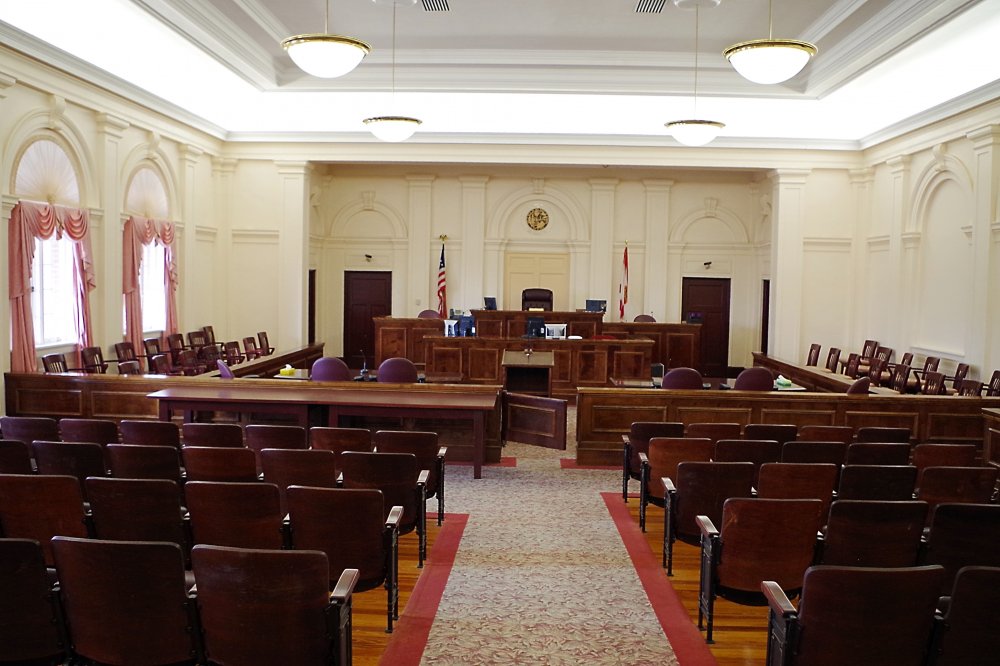 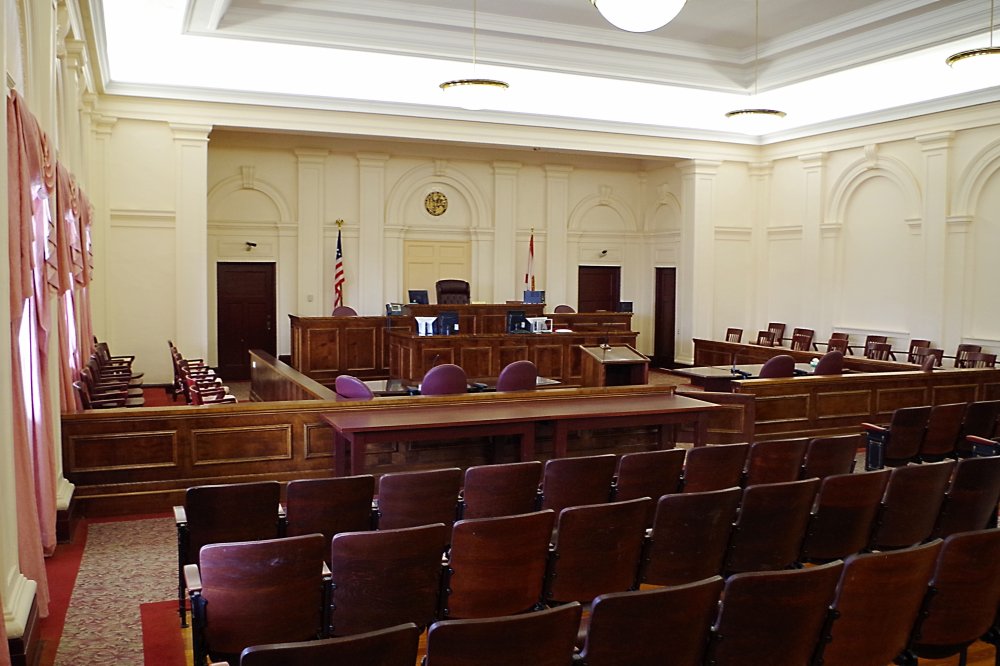 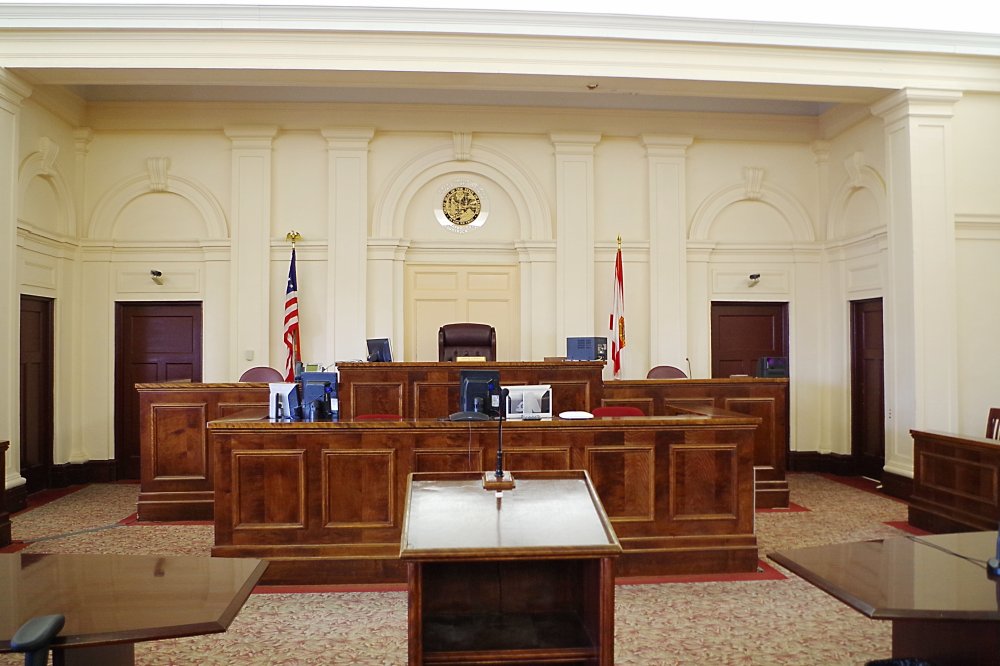 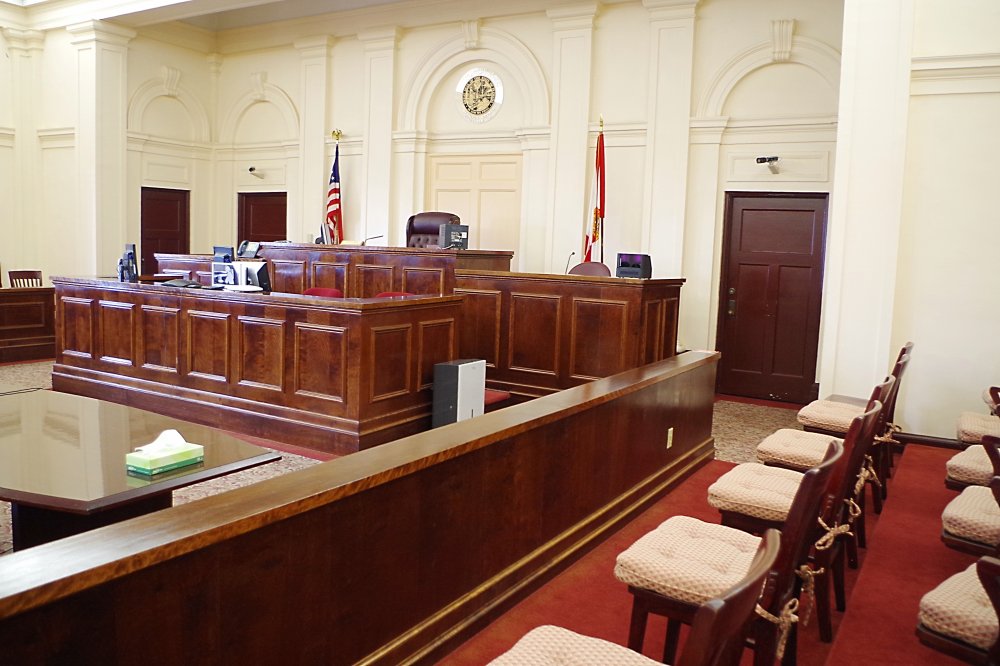 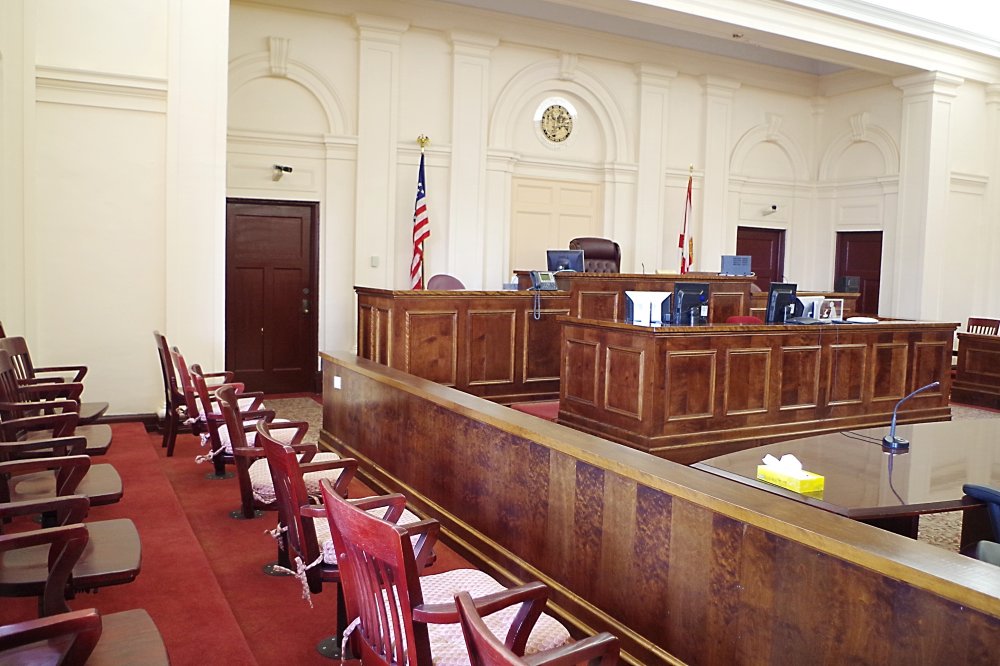 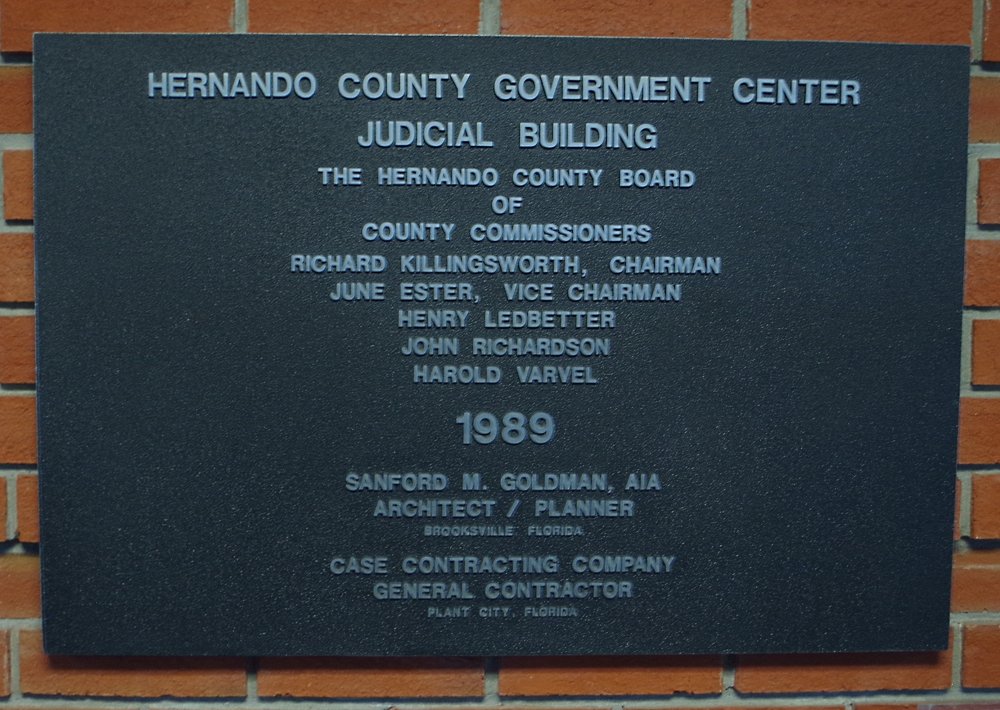