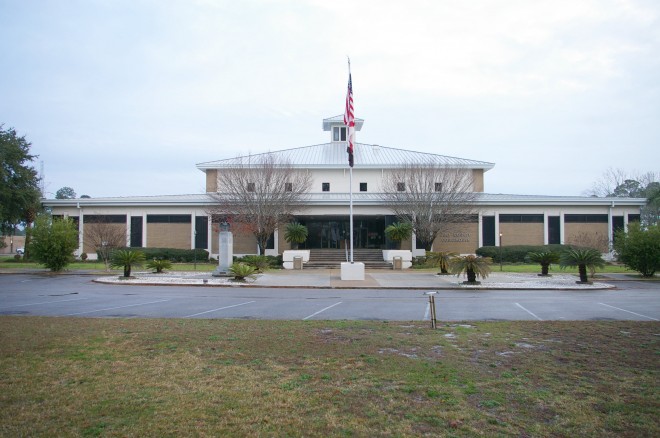 Gulf County is named for the Gulf of Mexico which lies along the southern boundary of the county. 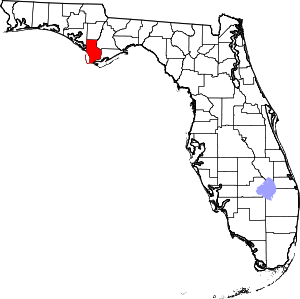 Description: The building faces north and is a two story buff colored brick and concrete structure. The building is located on spacious landscaped grounds to the north of the center of Port St Joe. The north front has a recessed entrance in the center with narrow vertical windows on either side. The second story is small and has small windows. At the top of the roof is a small cupola. The building houses the Circuit Court of the 14th Judicial Circuit and County Court. 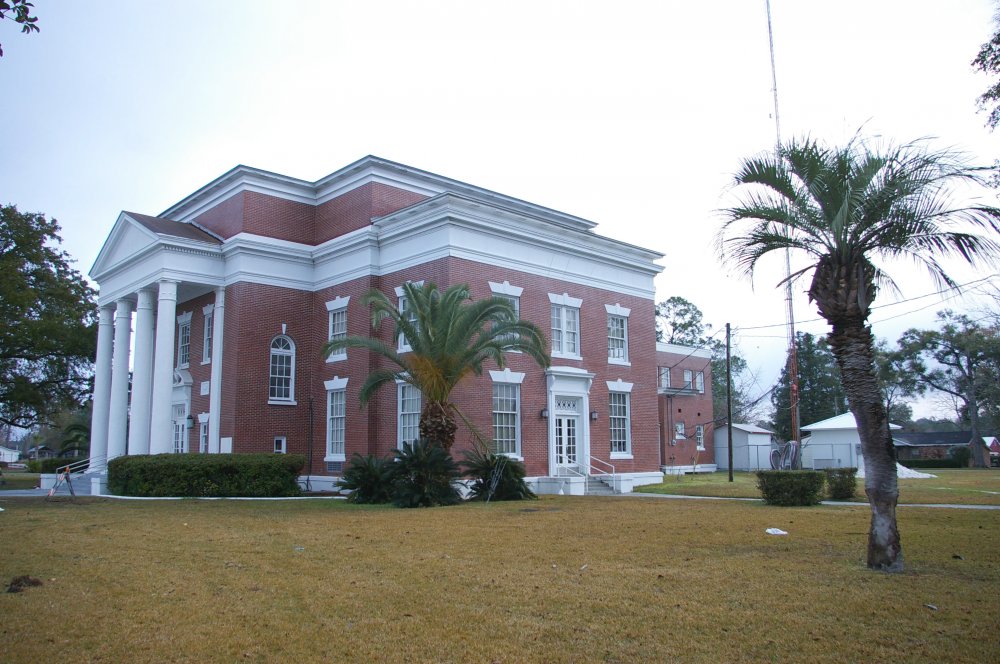 Description: The building faces west and is a three story red colored brick and concrete structure. The building is located on landscaped grounds in the center of Wewahitchka. The west front has a large portico with four columns rising to a pediment at the third  story. The center section of the building projects from the main building which has north and south two story wings. A wide white colored belt runs along the roof line of the wings and above the second story. The roof line is flat.

See: The architect,  Warren, Knight & Davis of Birmingham, Alabama, designed courthouses in Franklin County and Walton County and in Alabama in Elmore County and Lawrence County. 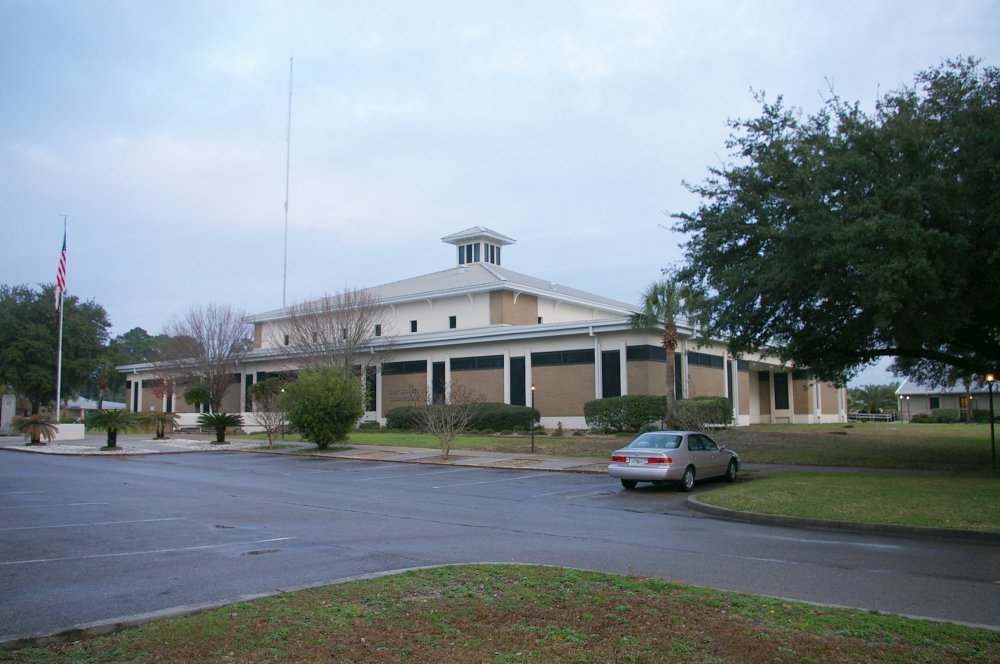 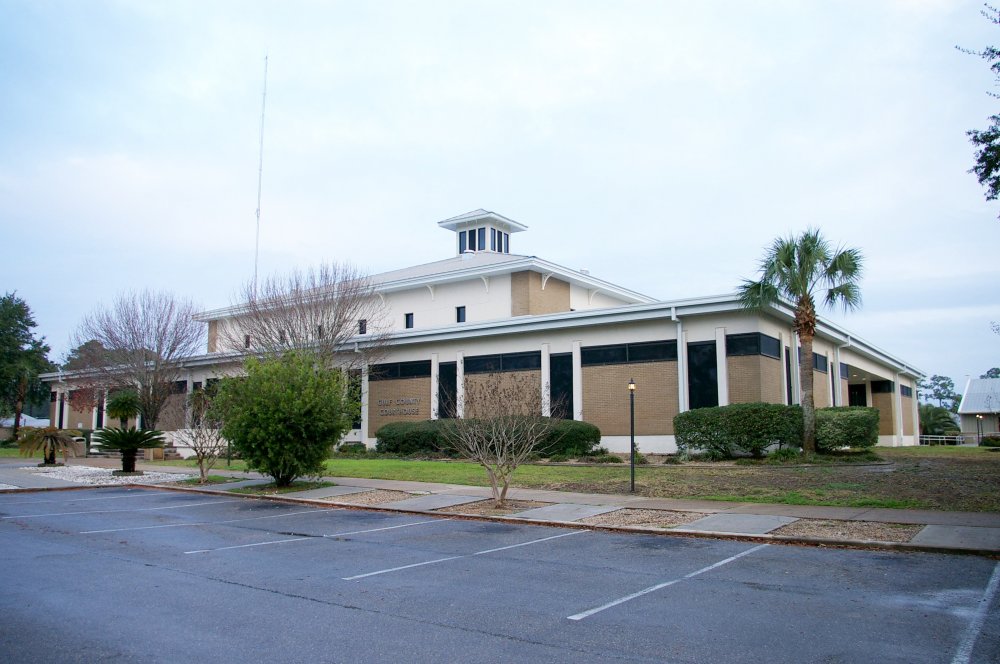 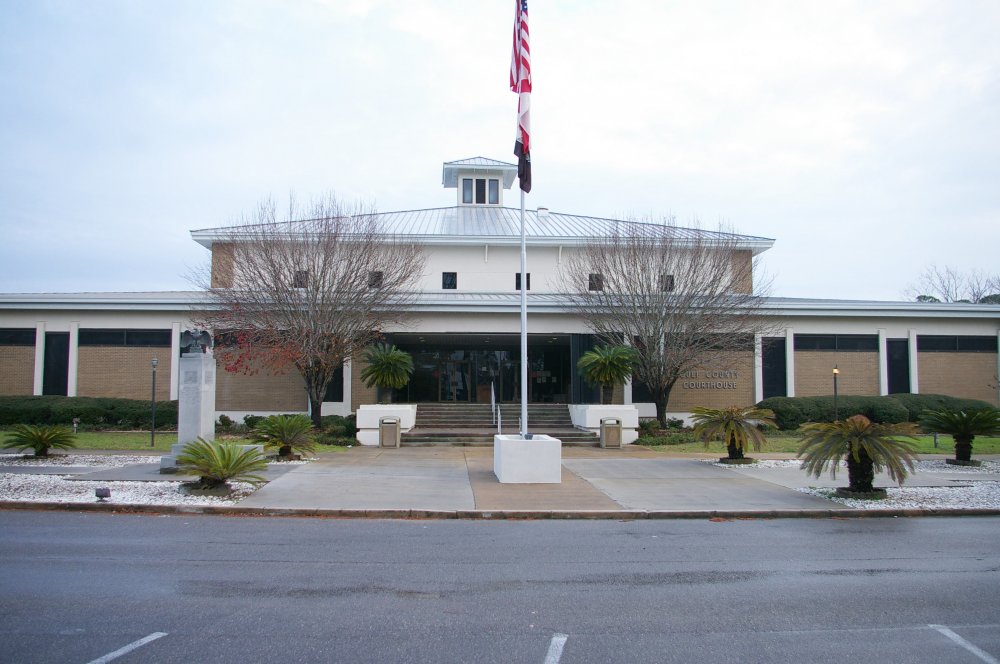 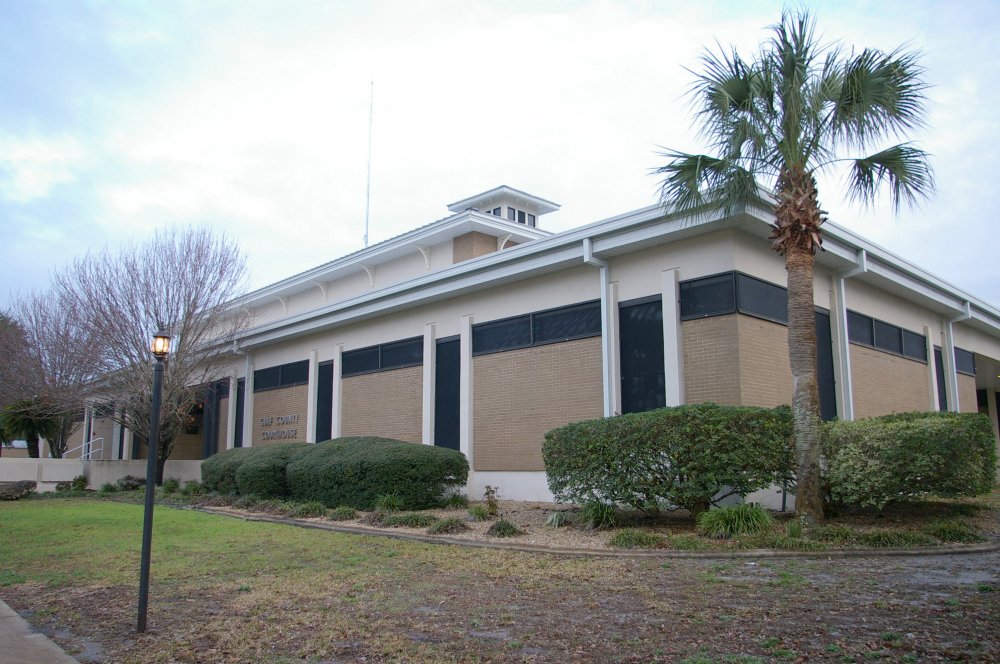 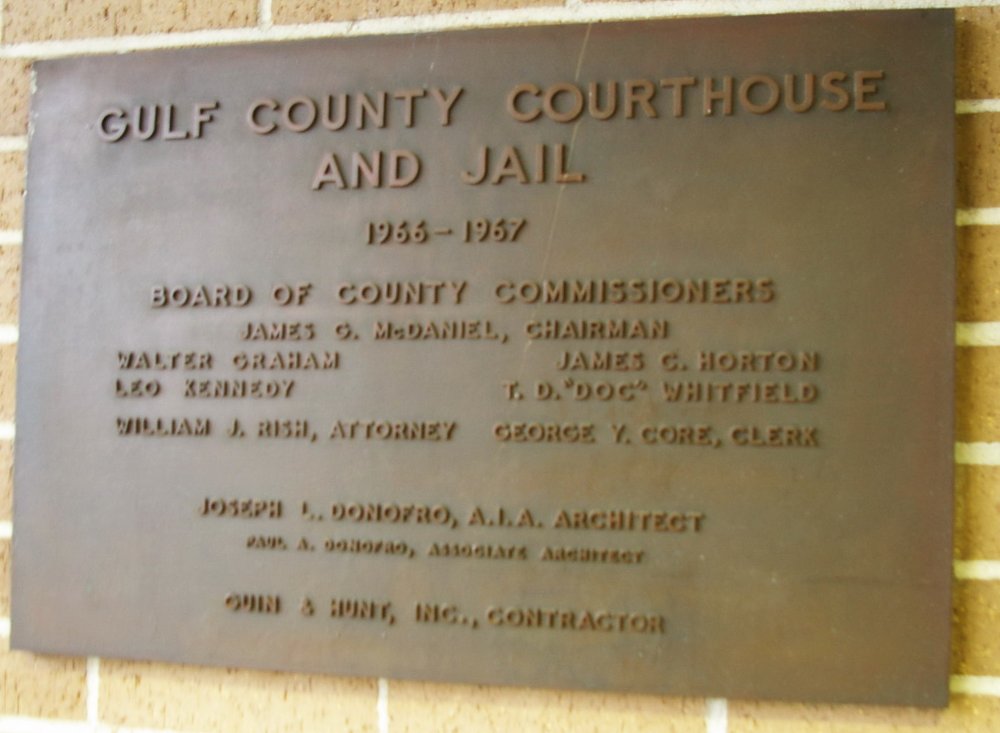 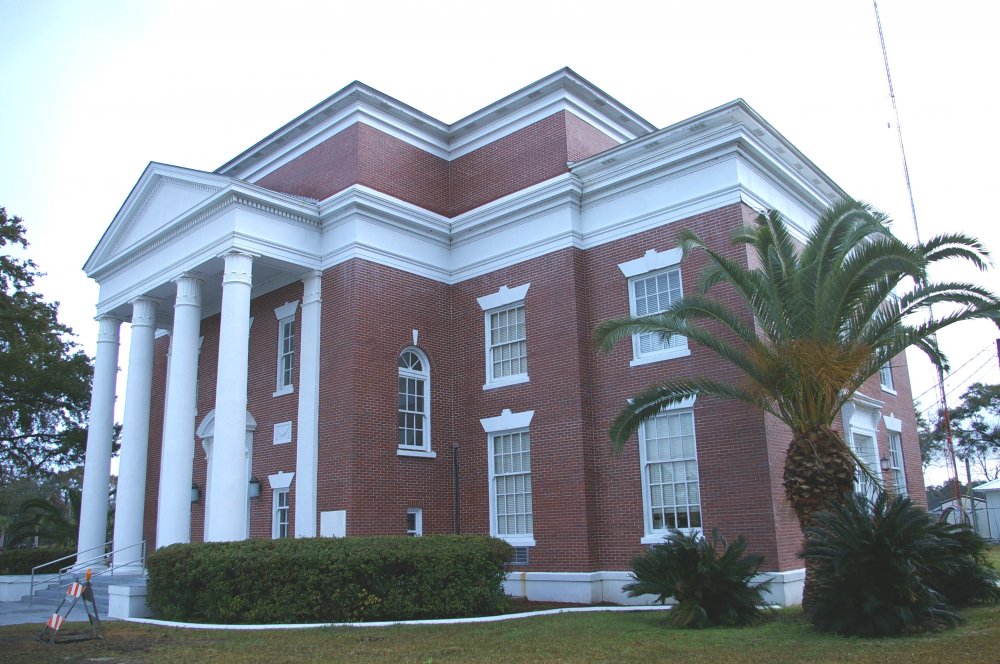 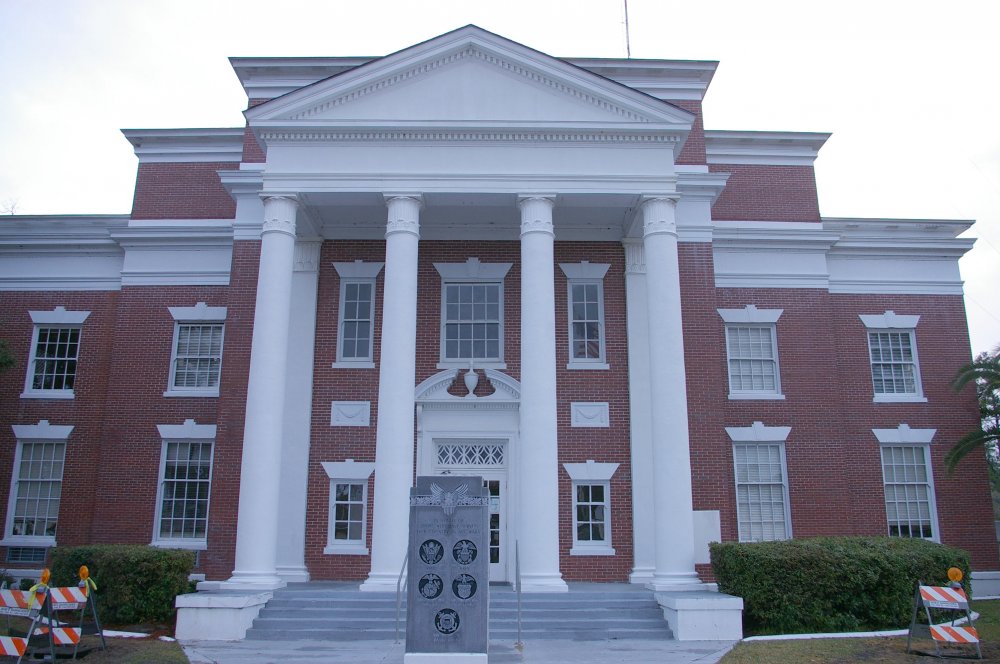 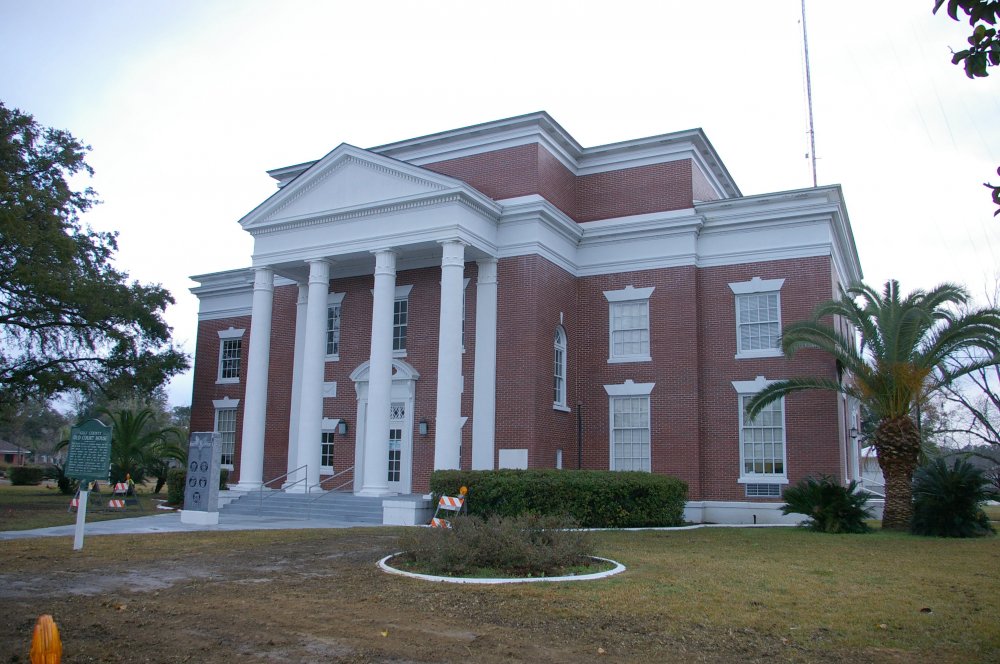 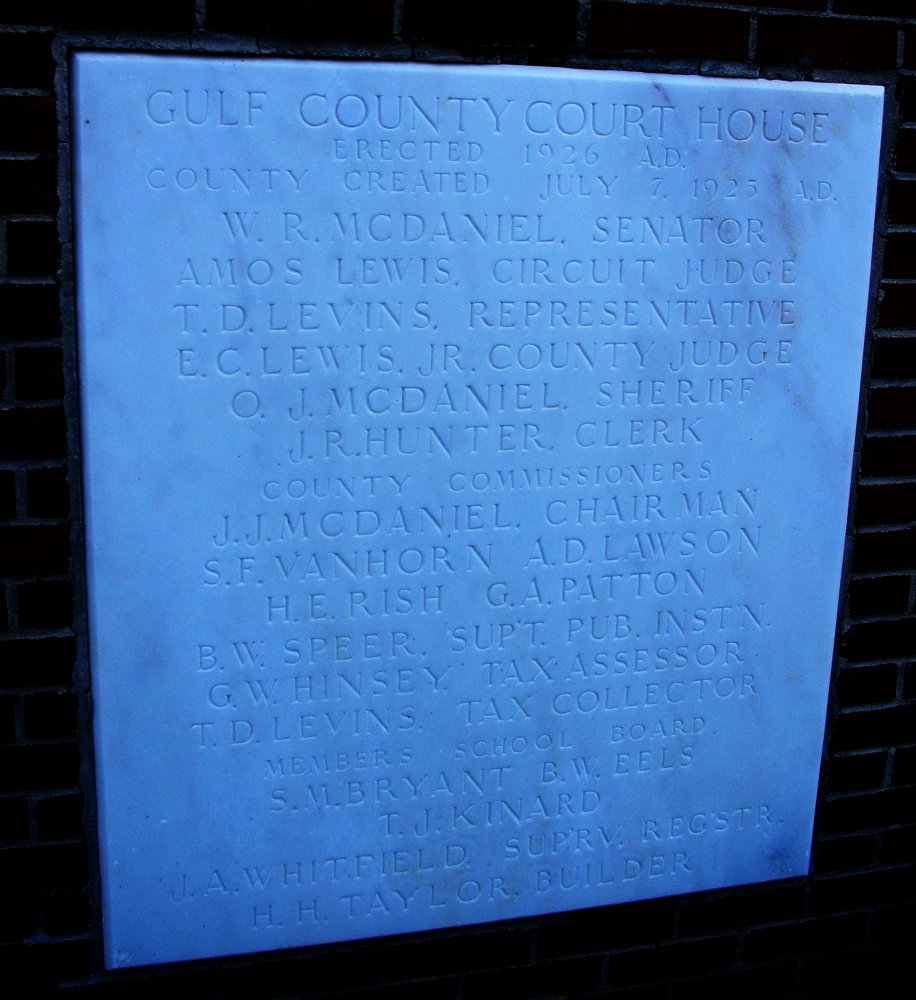 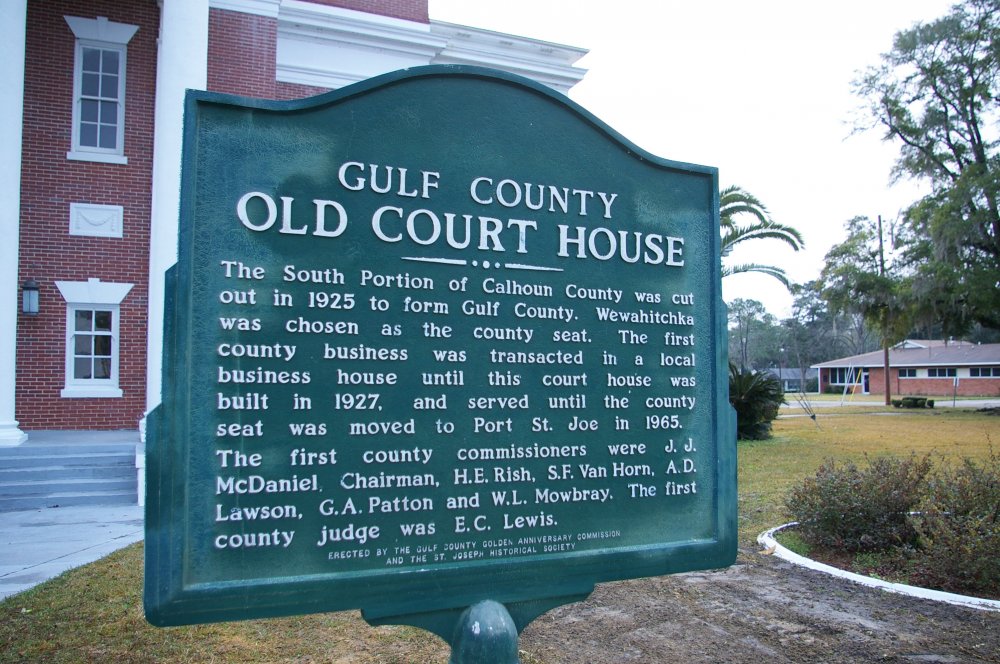