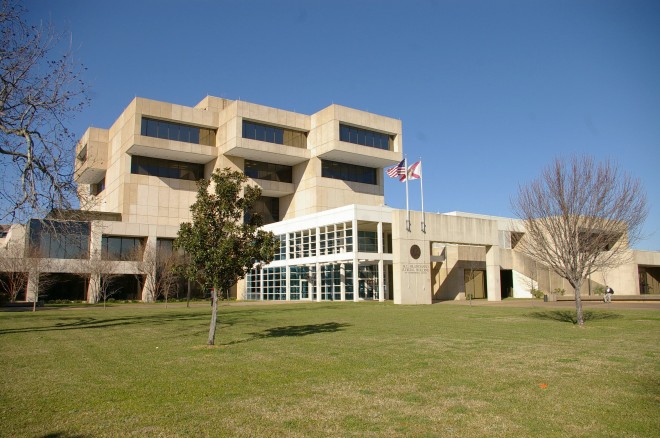 Escambia County is named for the Escambia River which name comes from a Spanish word for “barter” or “exchange”, or from the Creek Native American word “Shambia” meaning “clear water”. 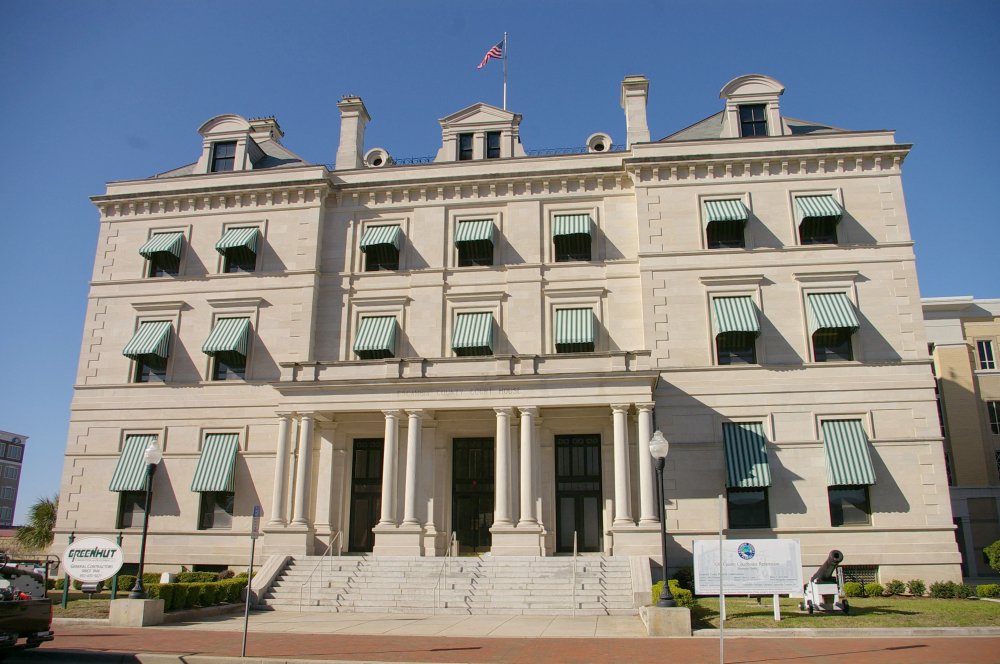 Description: The building faces east and is a three story gray colored limestone and concrete structure. The building is located in the center of Pensacola. The east front has a wide portico supported by four sets of double columns rising to a balcony on the second story. There are three recessed doorways. The center section of the building is recessed. Along the edge of the hipped room are dormers. The building served as the United States Customs and Post Office until 1938 when the County took possession. The architect for the remodeling in 1938 to 1939 was Fulghum & McMurrian. The building was renovated in 2006 and connected to the new Administration Building on the northeast corner. 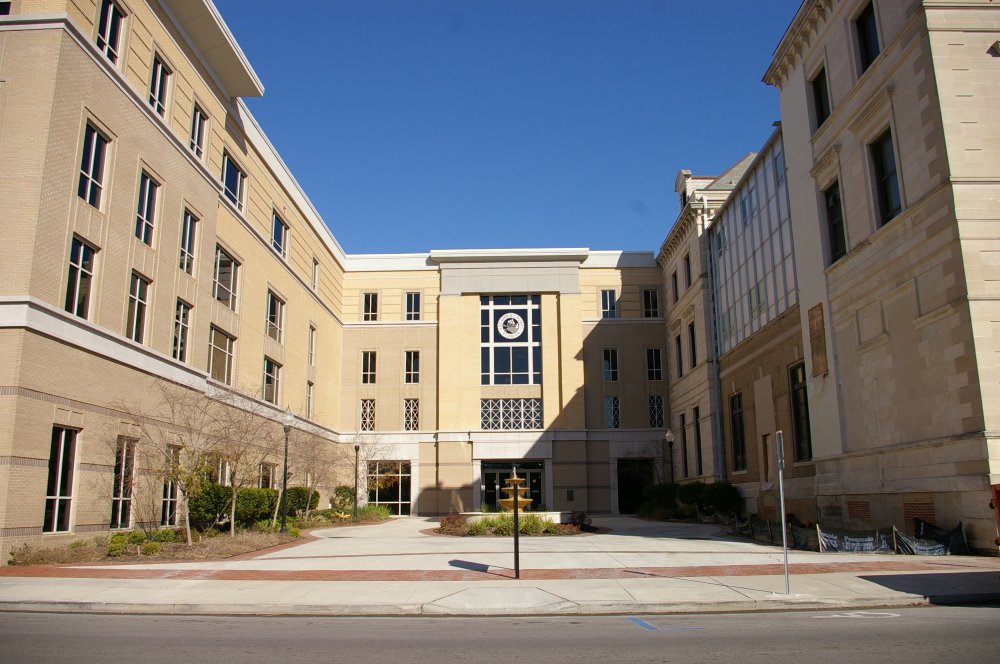 Description: The building faces south and is a four story buff colored brick and concrete  structure. The building is located in the center of Pensacola. The main entrance is recessed with the old courthouse on the east side and a west wing on the west side.  The entrance has a recessed glass doorway with grill work on the second story and large glass windows on the third and fourth stories. The east entrance is along the north side of the old courthouse. The roof line is flat. 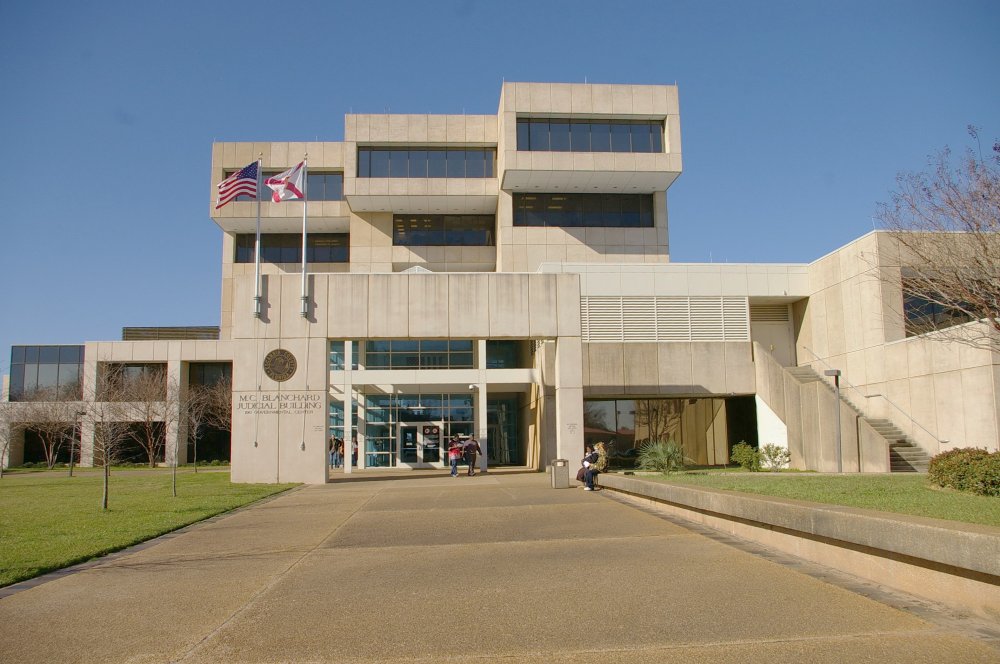 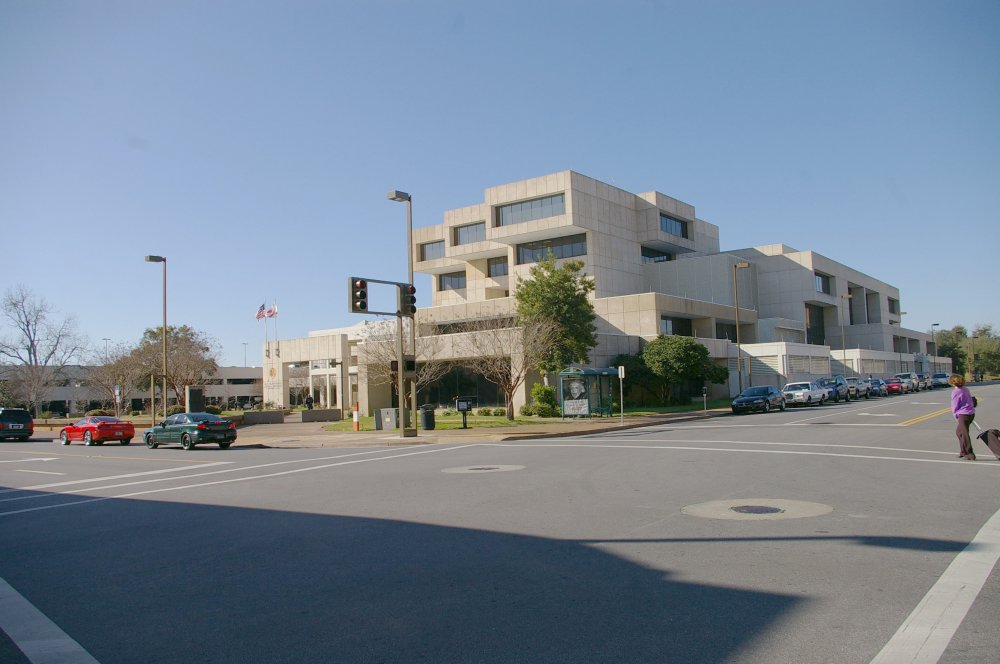 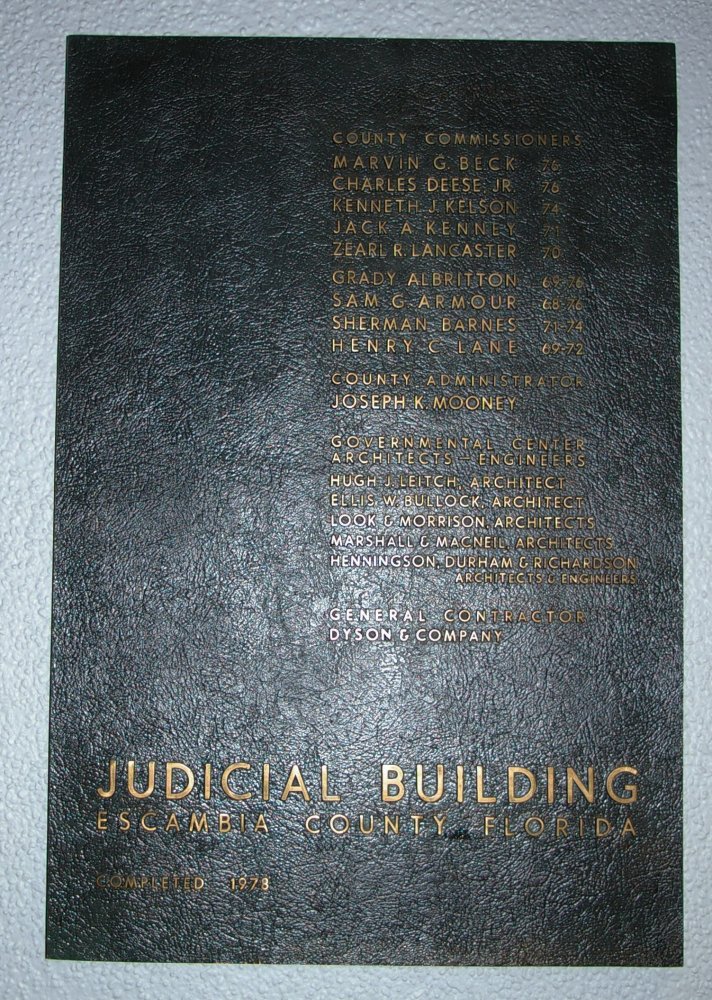 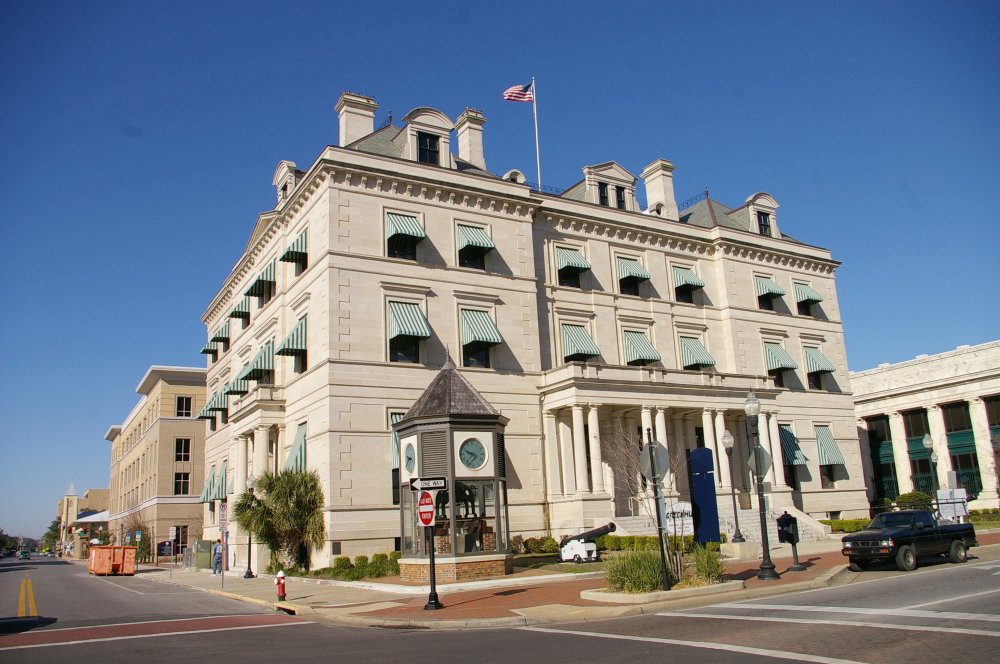 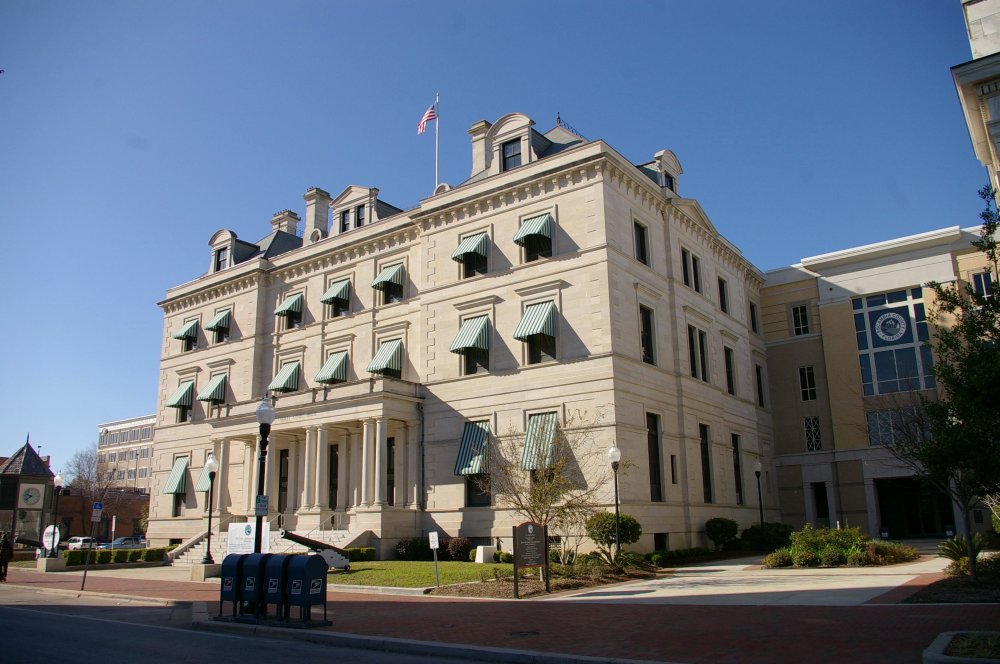 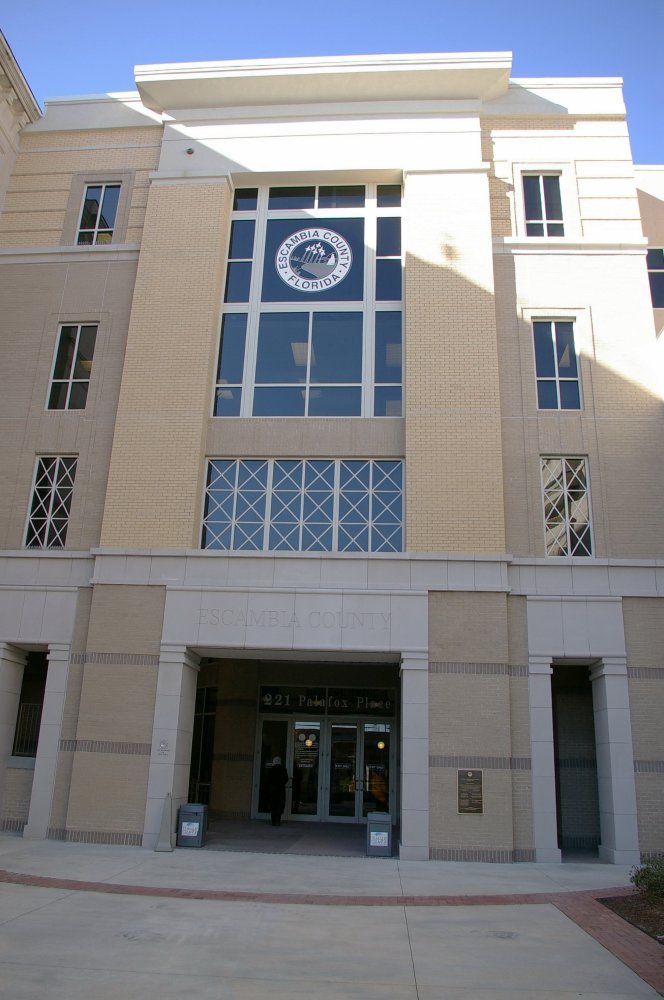 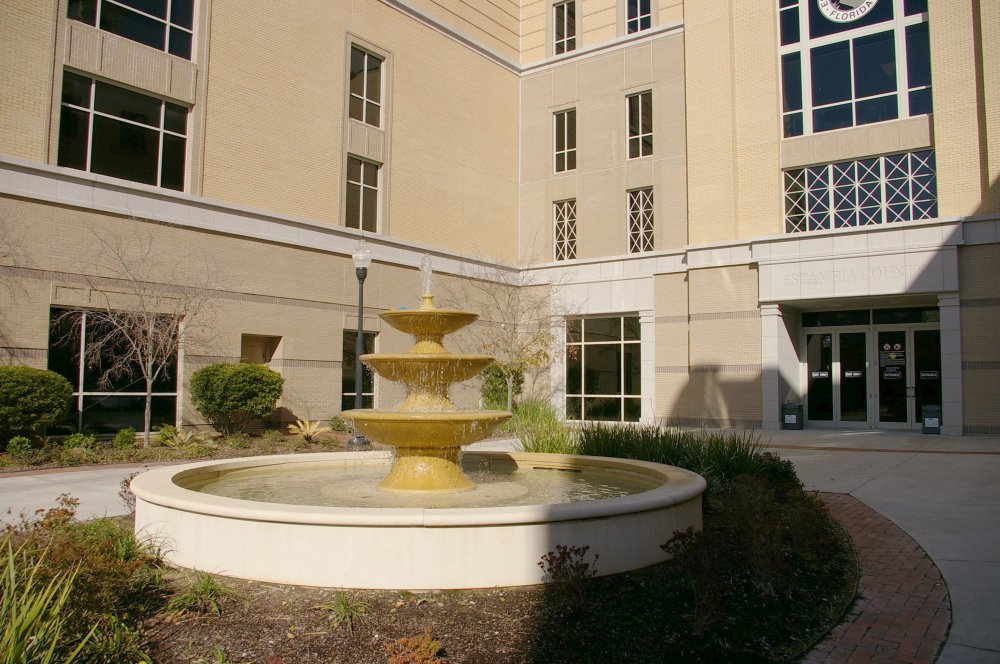 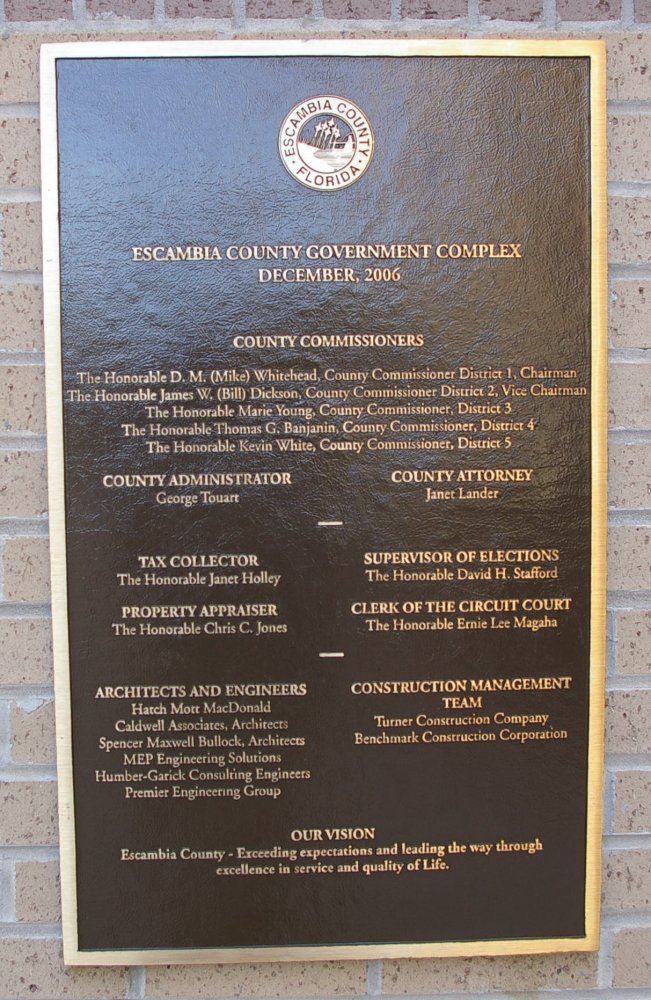