Description:  The building faces west and is a two white colored concrete structure. The building is located on spacious landscaped grounds in Tamiami Park on the west side of Miami. The west front has a large rectangular opening with open courtyard and recessed entrance. The building extends north and south. The roof line is flat. The building is named as the Thomas H Barkdull Jr. Courthouse. The building is currently being renovated.

Note:  The Third District first met in 1957 at the University of Miami School of Law. From 1960 to 1976, the court was located in the State Office Building on Northwest 12th Street. In 1972, Dade County deeded to the State of Florida three acres in Tamiami Park, along Southwest 117th Avenue, adjacent to the Florida International University campus, for the purpose of constructing a building to house the Third District Court of Appeal. Construction began in 1974 and Governor Reubin Askew dedicated the current building in the fall of 1976.

See:  The buildings are located in Miami-Dade County. 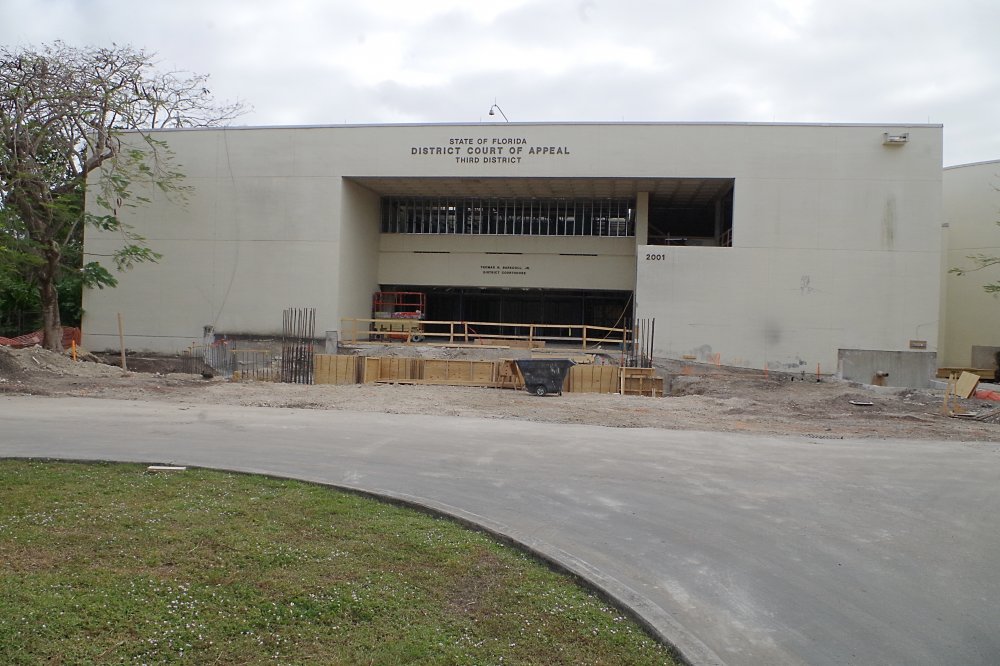 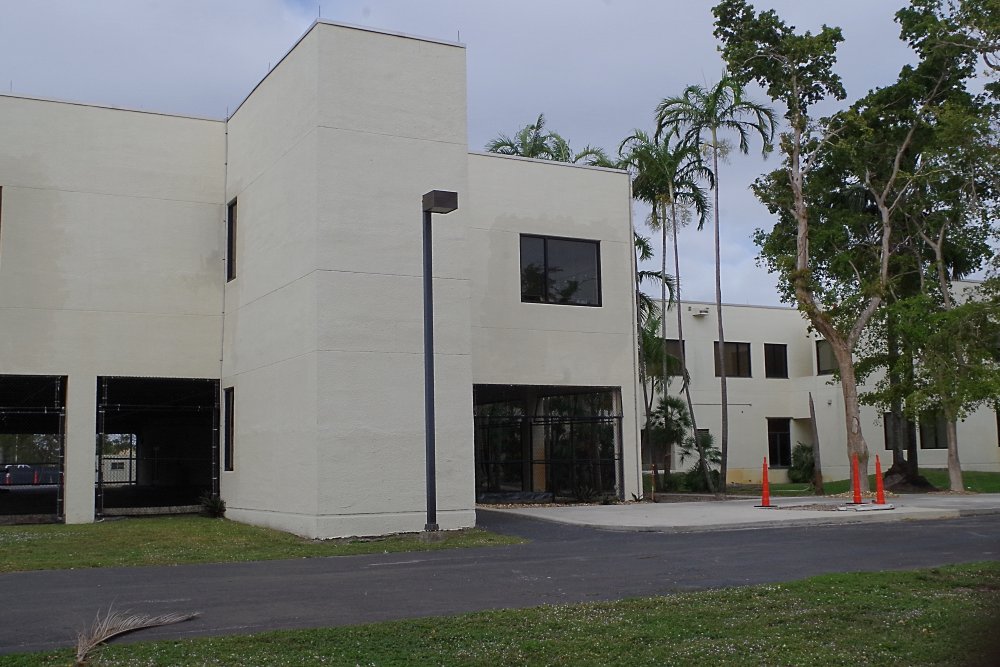