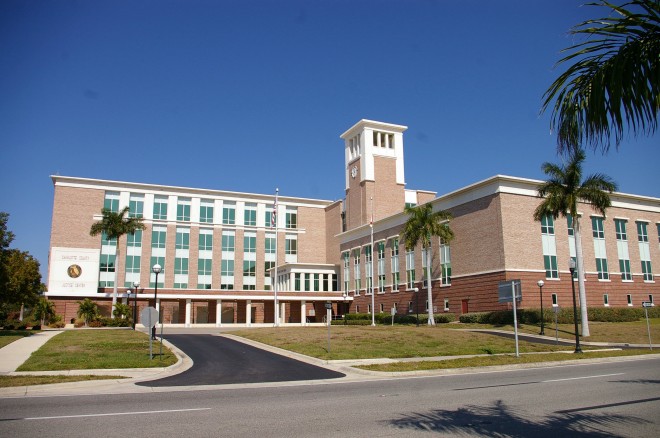 Charlotte County is named for Charlotte Harbor, a large estuary, and which was named for the English Queen Charlotte Sophia. 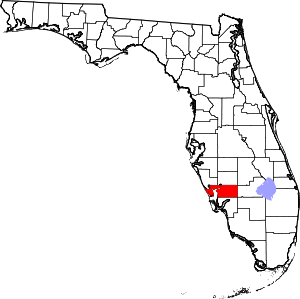 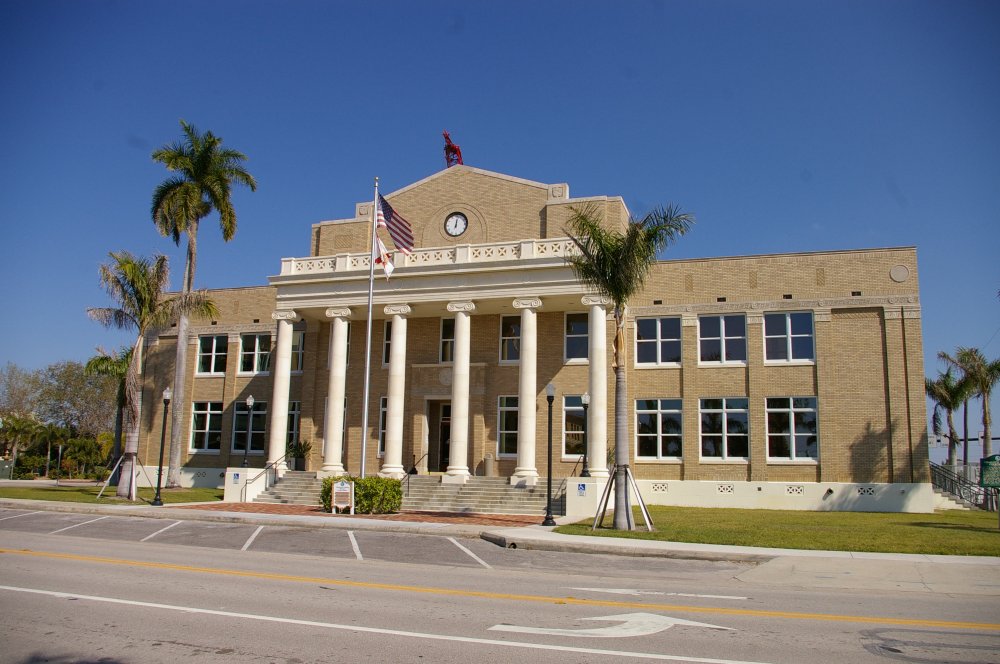 Description: The building faces southwest and is a two story buff colored brick and cvoncrete structure. The building is located on landscaped grounds in the center of Punta Gorda. The southwest front has a large portico supported by six large columns rising to a header with balcony above. Additions were made in 1960 and 1980. 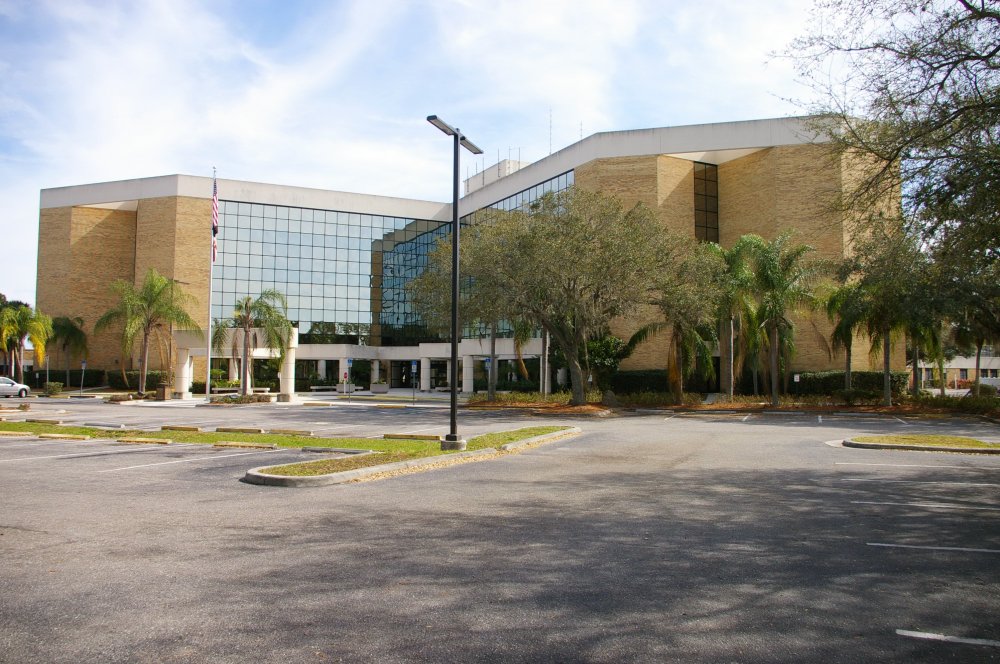 Description: The building faces west and is a four story buff colored brick, glass and concrete structure. The building is located on spacious landscaped grounds in the center of Port Charlotte. The west front forms a “V” with glass paneled walls. The recessed central entrance is located at the junction of the north and south wings with large white colored cement columns on the front plaza. A wide white colored band runs along the flat roof line. The building houses the Circuit Court of the 20th Judicial Circuit and County Court. 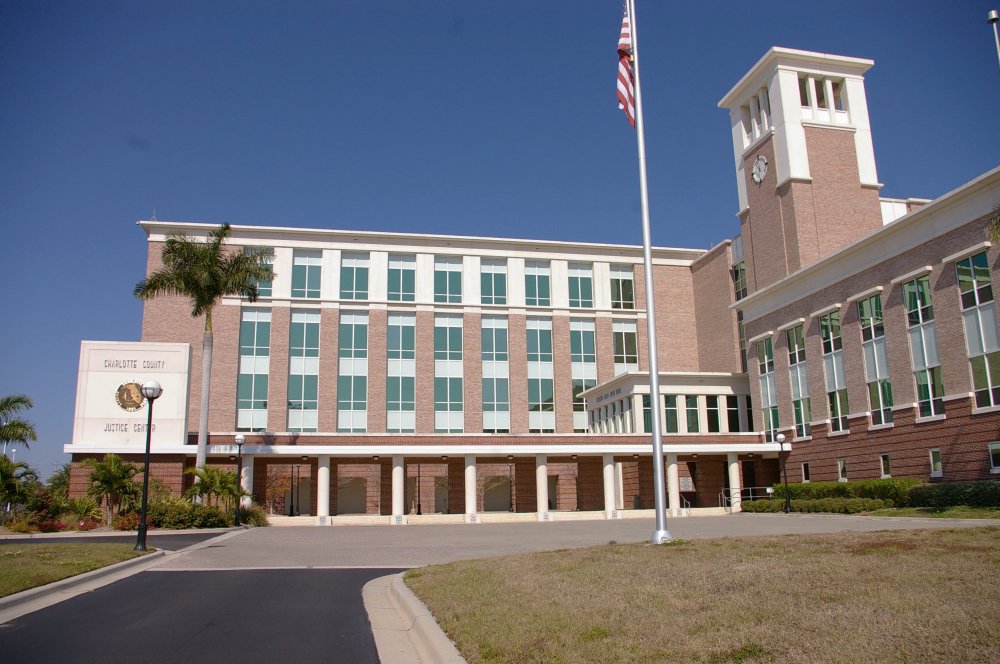 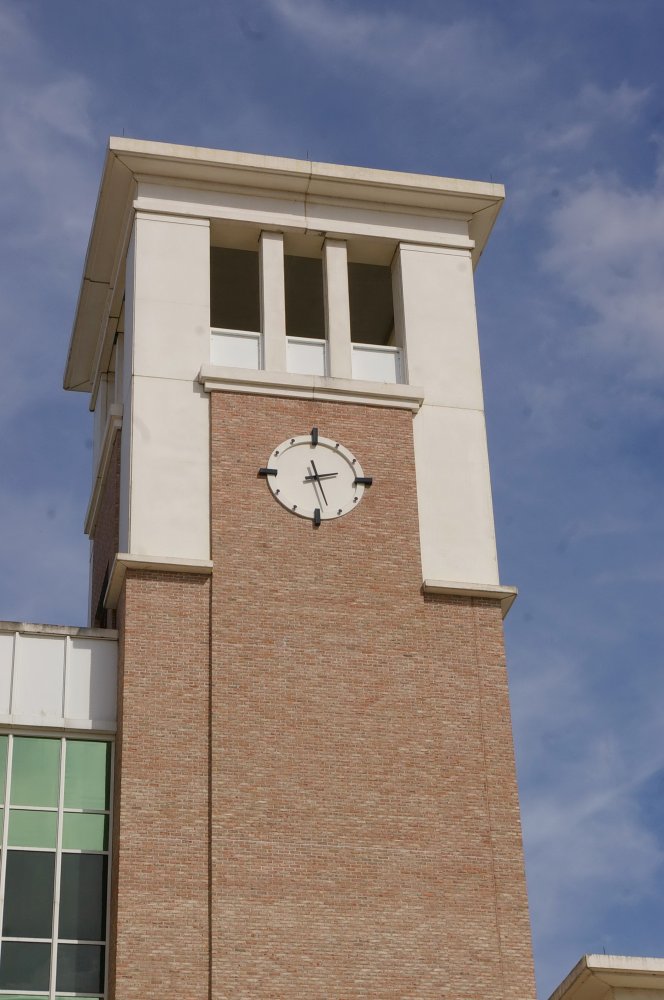 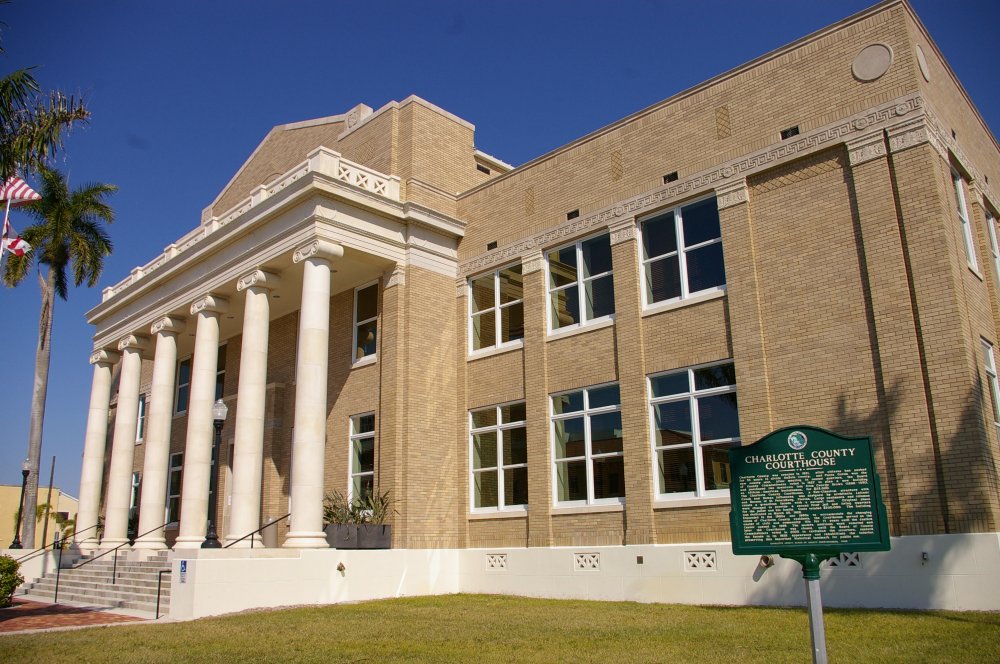 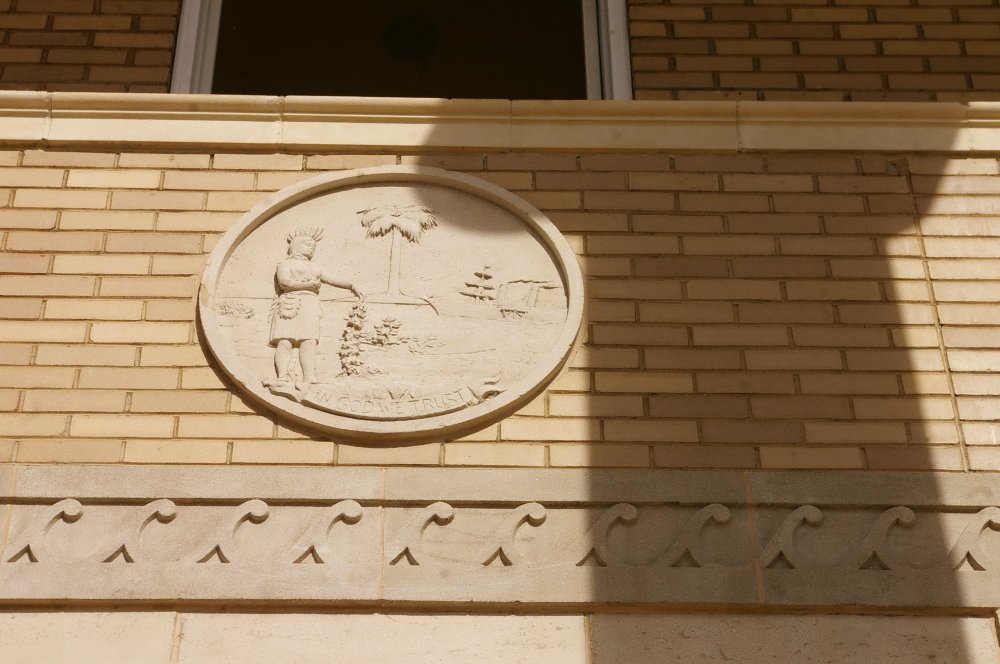 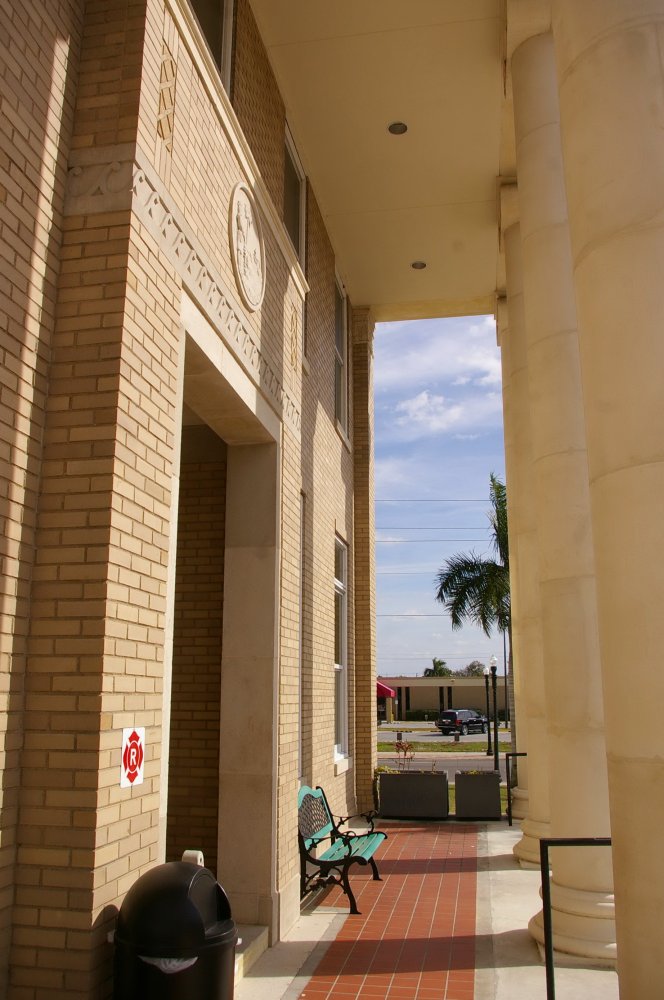