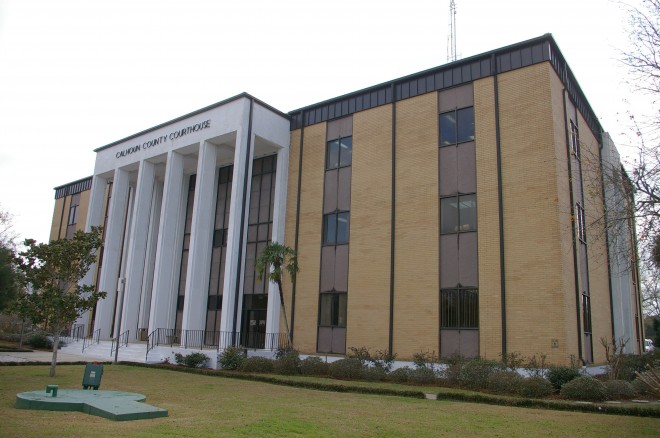 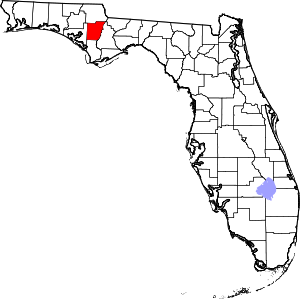 Description: The building faces north and is a three story buff colored brick and concrete structure. The rectangular shaped building is located on landscaped grounds in the center of Blountstown. The north front has a projecting porch supported by six high pillars rising to a wide header at the roof line. The entrance and windows above form a glass wall within the porch area. A wide brown colored horizontal band runs along the flat roof line. The courtroom is located on the south side of the second story. 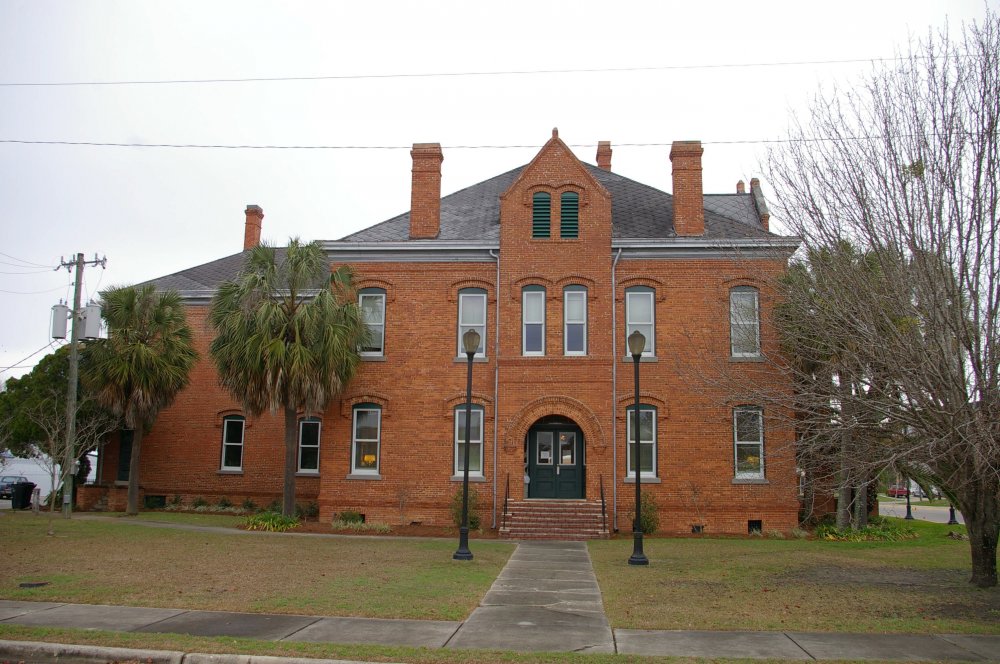 Description: The building faces south and is a two story red colored brick structure. The building is located on landscaped grounds in the center of Blountstown to the west of the courthouse. The south front has a projecting center section with arched entrance and recessed doorway on the first story. The center section rises to a peal above the roof line. The building has a west wing. The roof is hipped. The former courtroom was located on the second story. 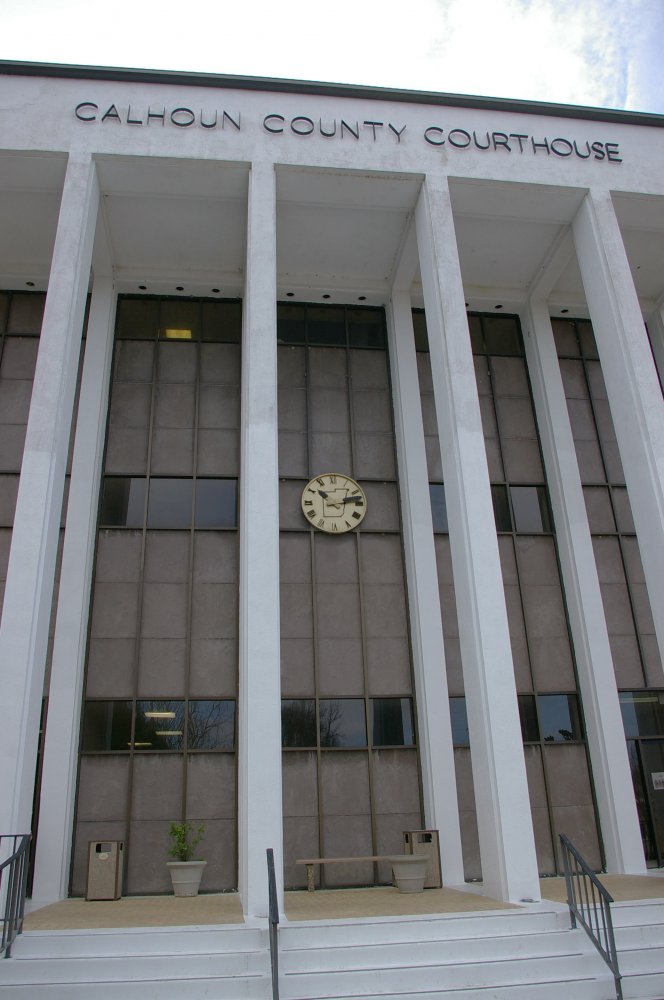 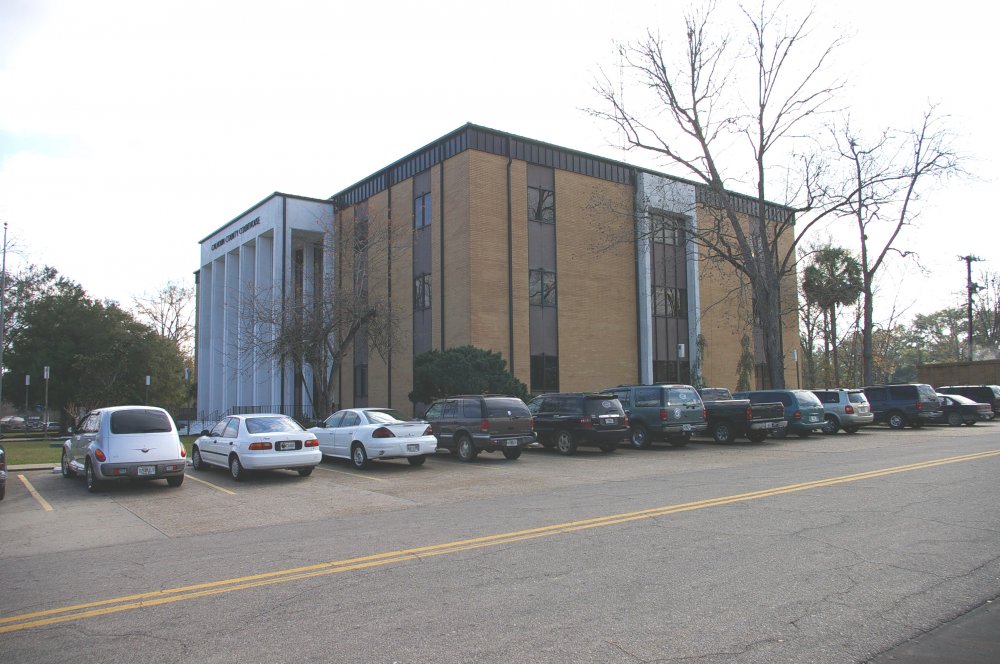 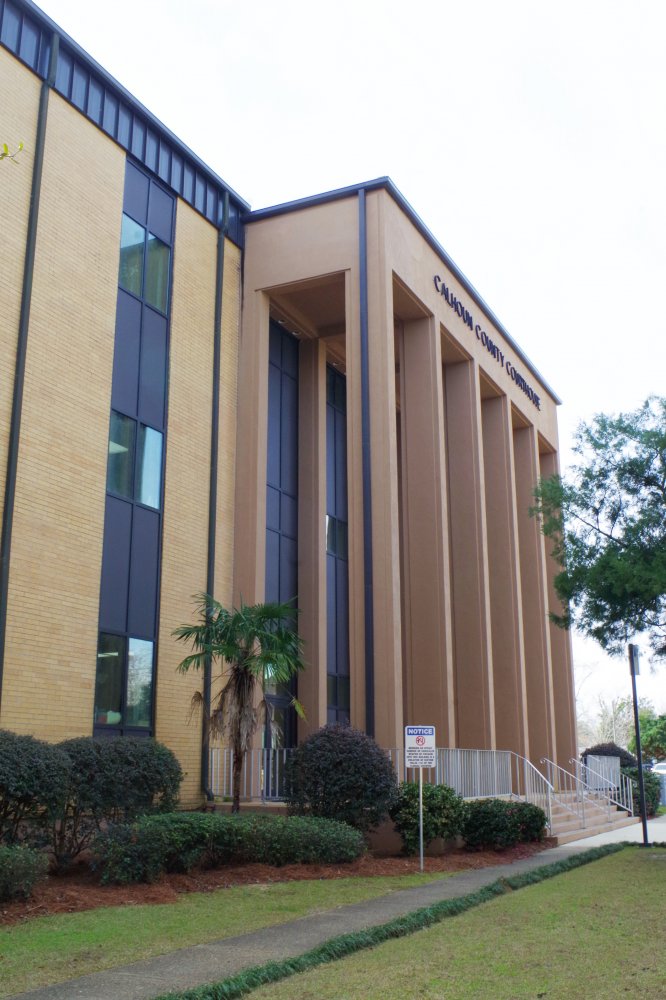 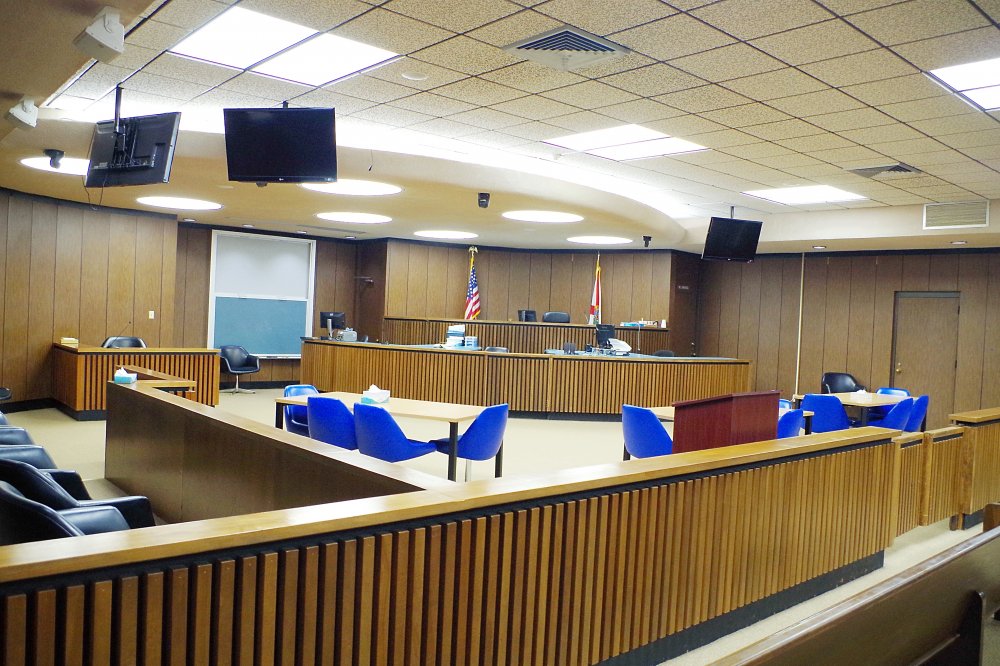 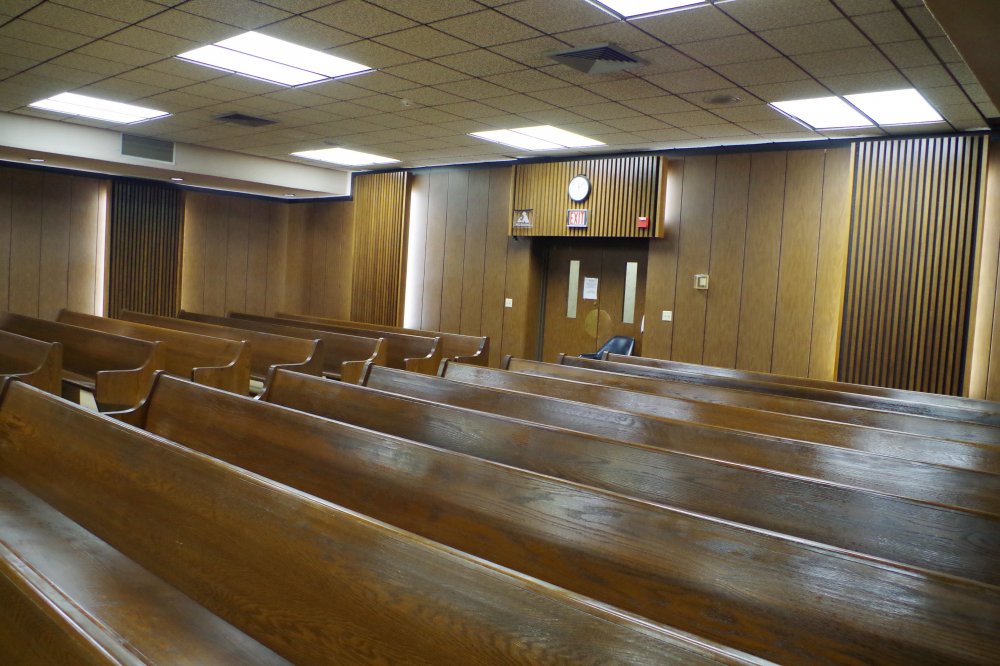 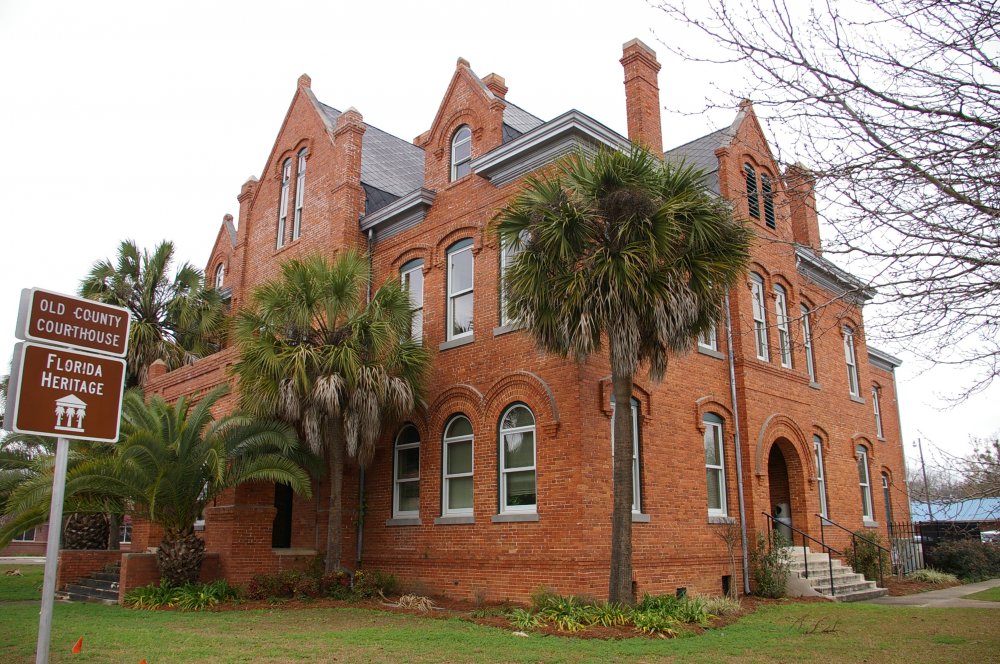 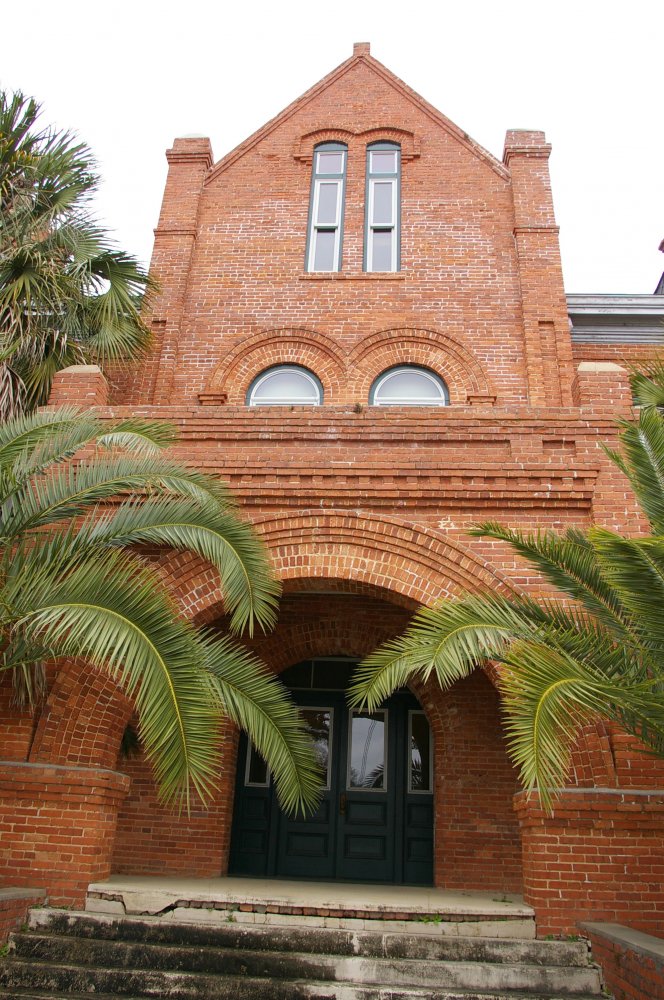 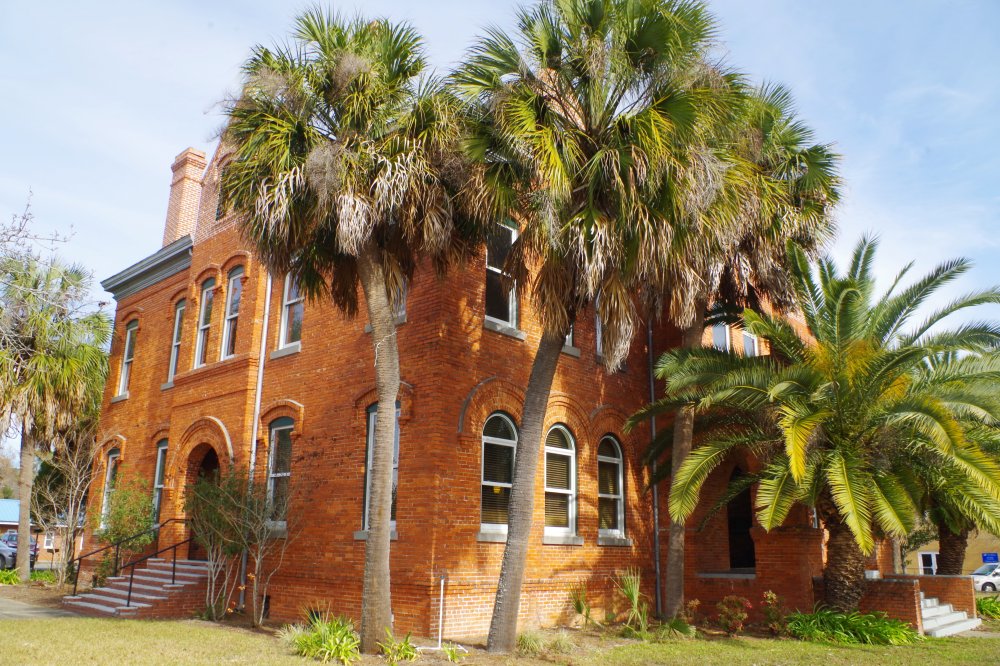 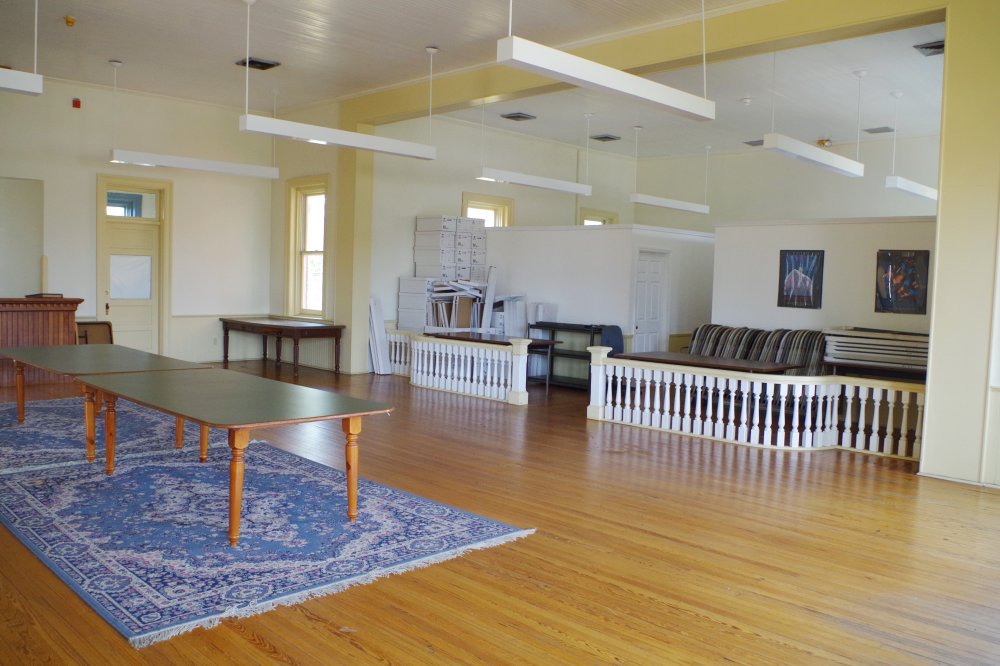 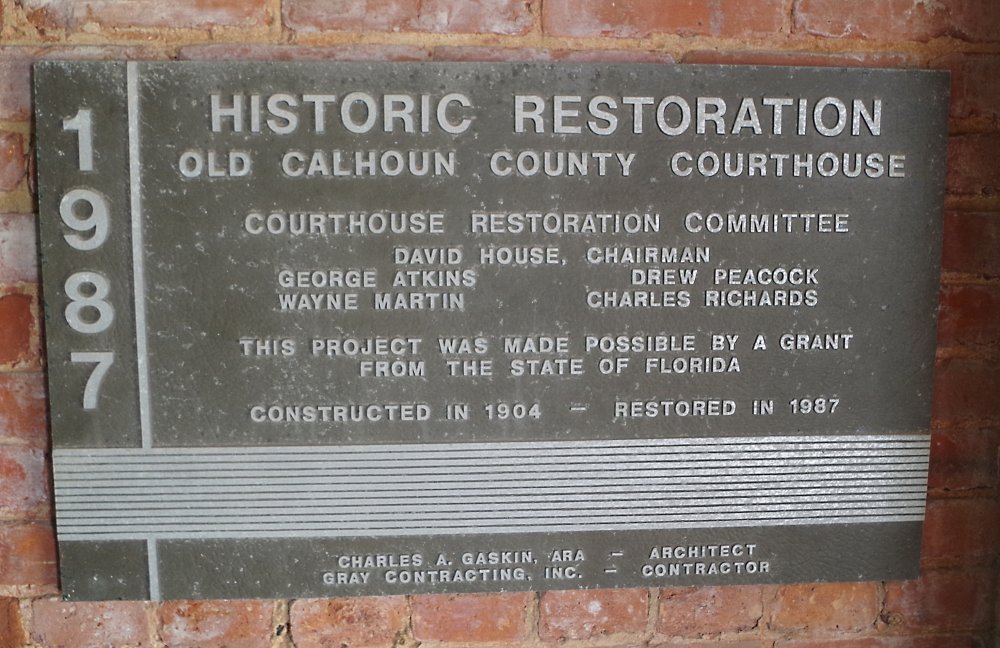