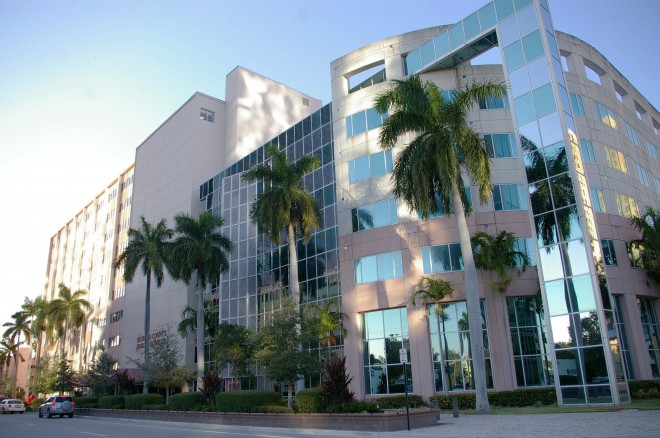 Broward County is named for Napoleon Bonaparte Broward, who was a Governor of Florida. 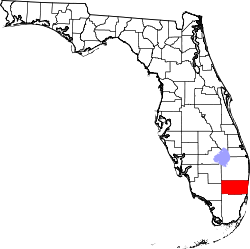 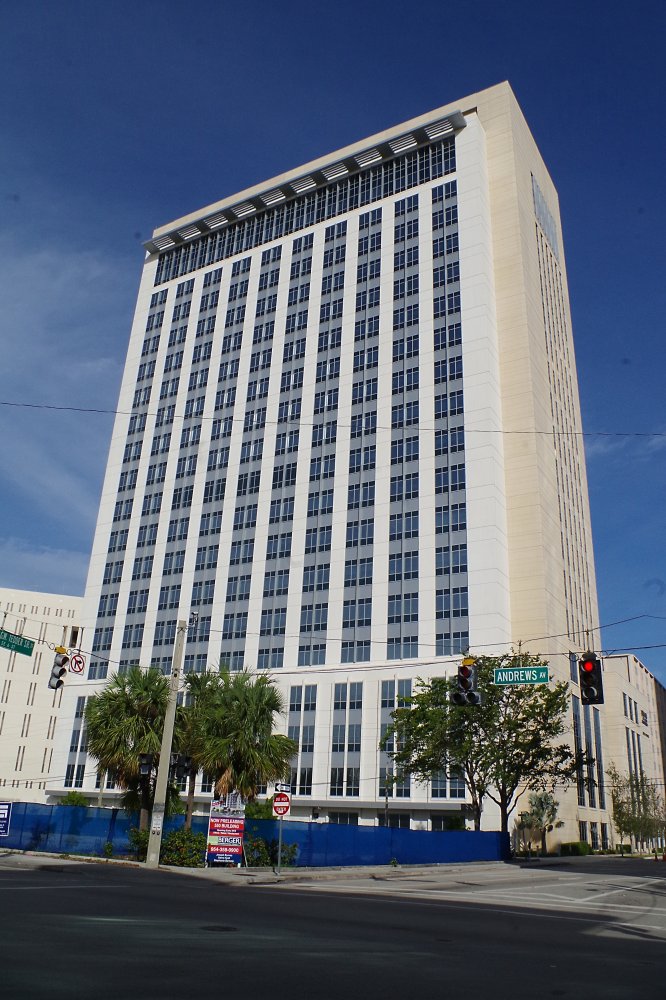 Description:  The building faces south and is a twenty story concrete and glass structure. The building is located in the center of Fort Lauderfdale on the west side of the former courthouse. On the east side is a five story section with vertical steel columns on the east side with recessed glass walls. The first story has a porch along on the south side supported by steel columns. On the west and north sides is the twenty story tower with dark blue colored glass walls. The roof line is flat. In the interior is a six story atrium. There are 74 courtrooms and hearing rooms. The bell from the old 1928 courthouse is located in the lobby. The building houses the Circuit Court of the 17th Judicial Circuit and County Court. 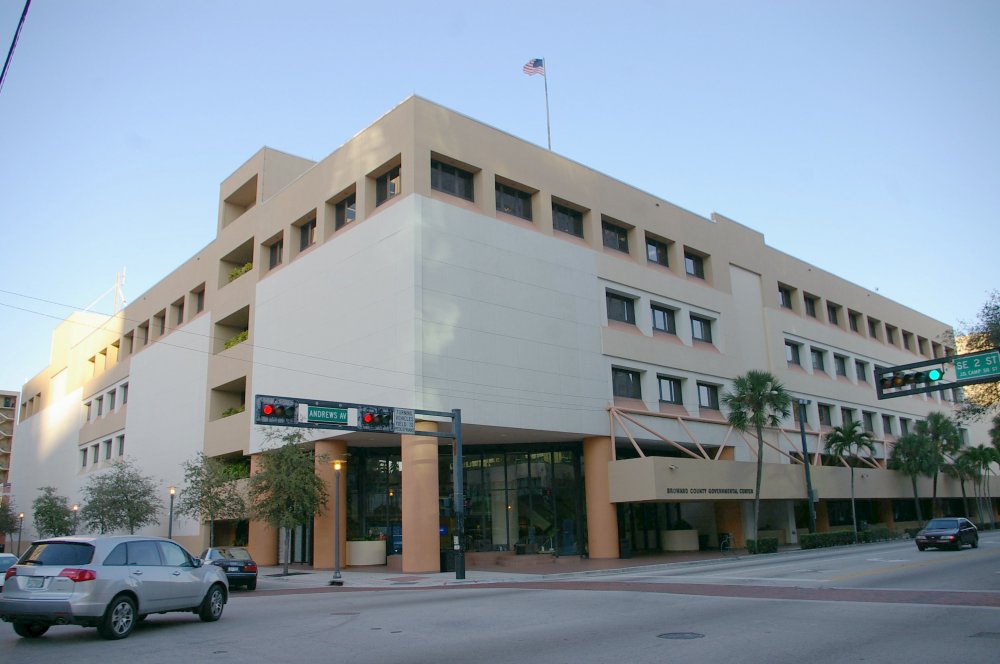 Description:  The building faces southeast and is a four story concrete structure. 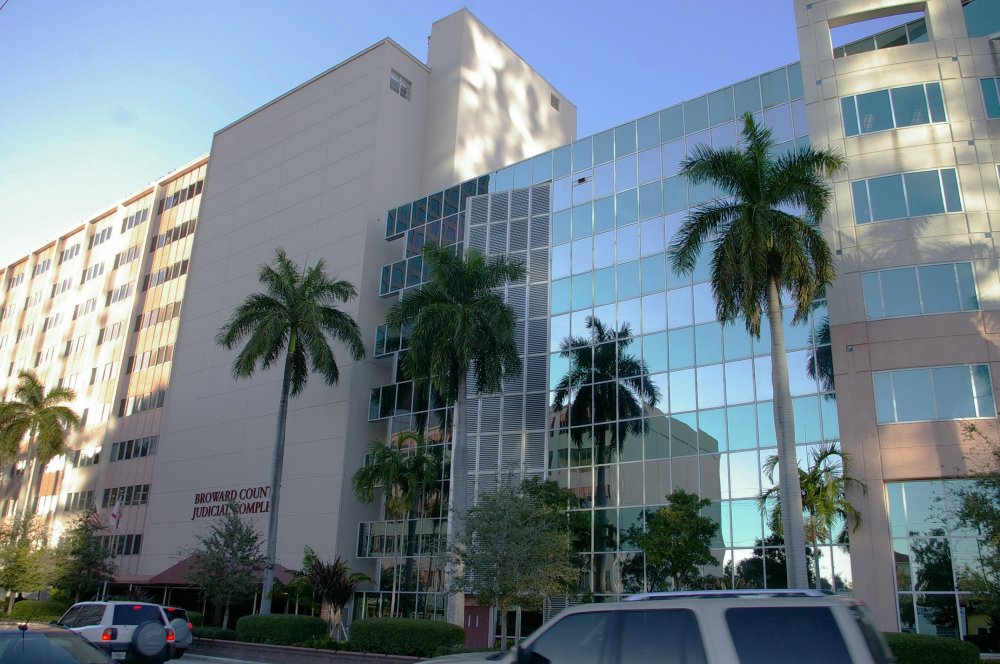 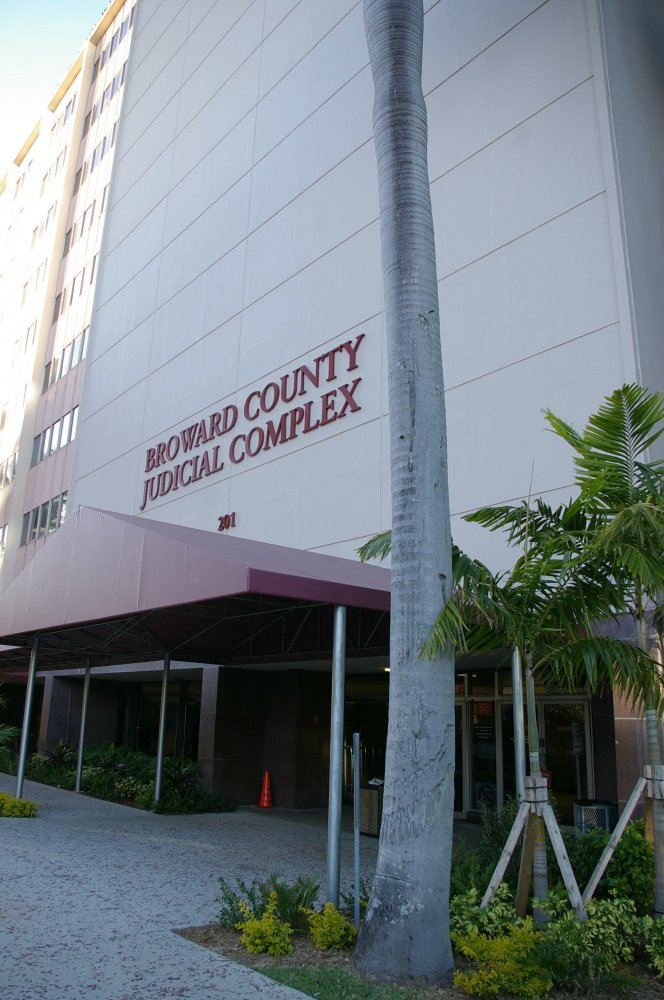 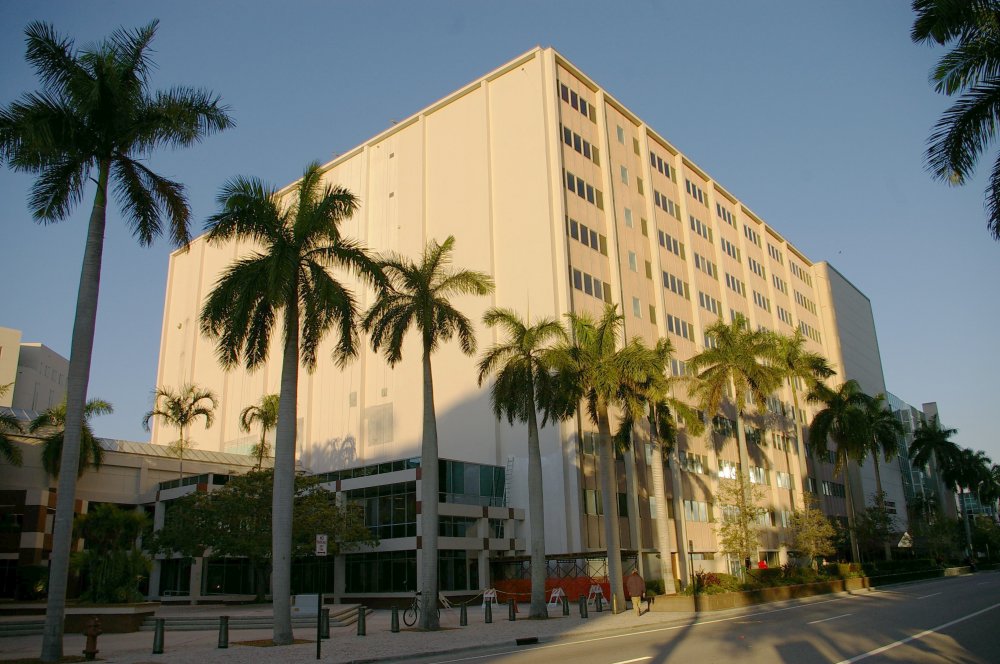 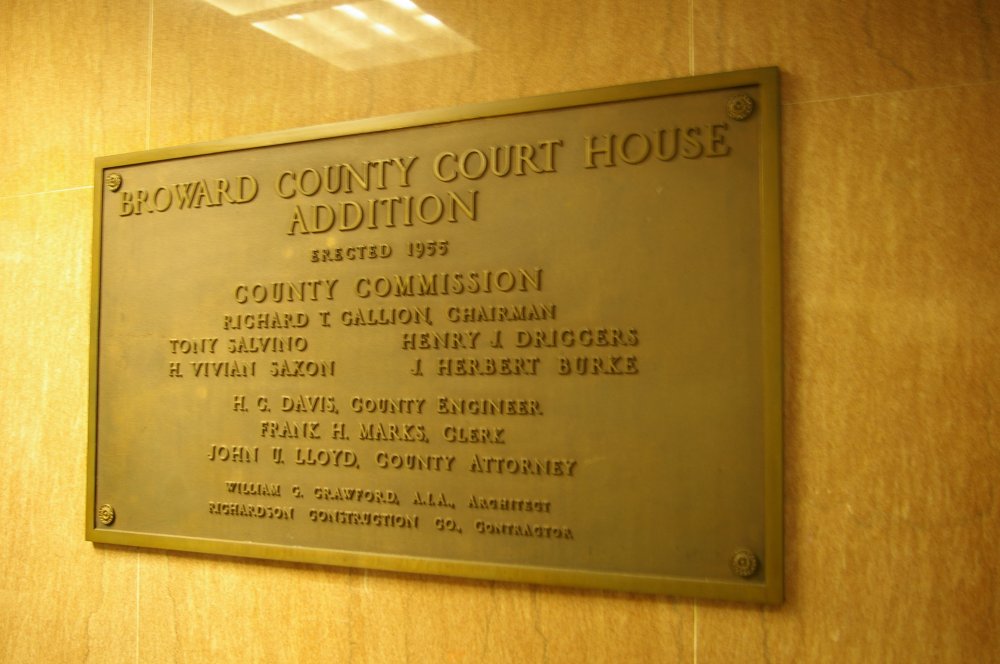 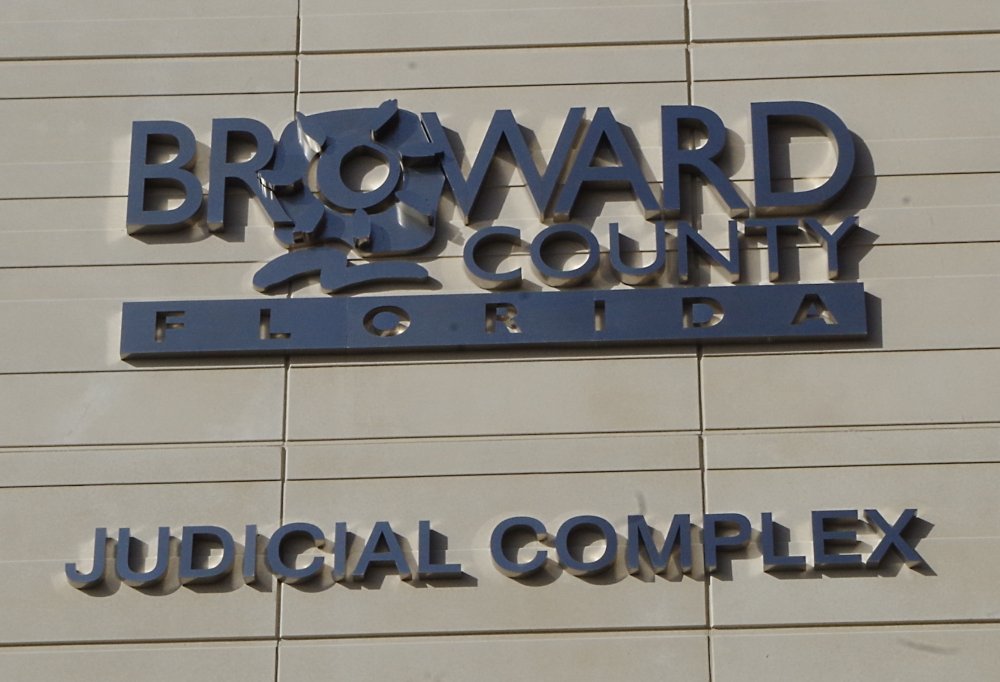 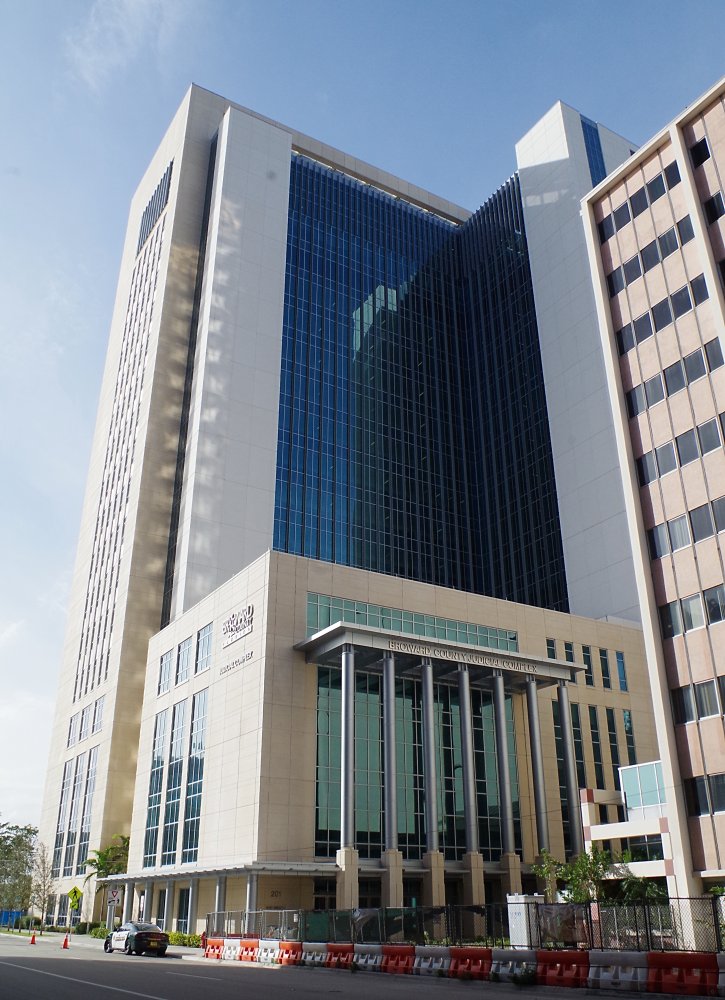 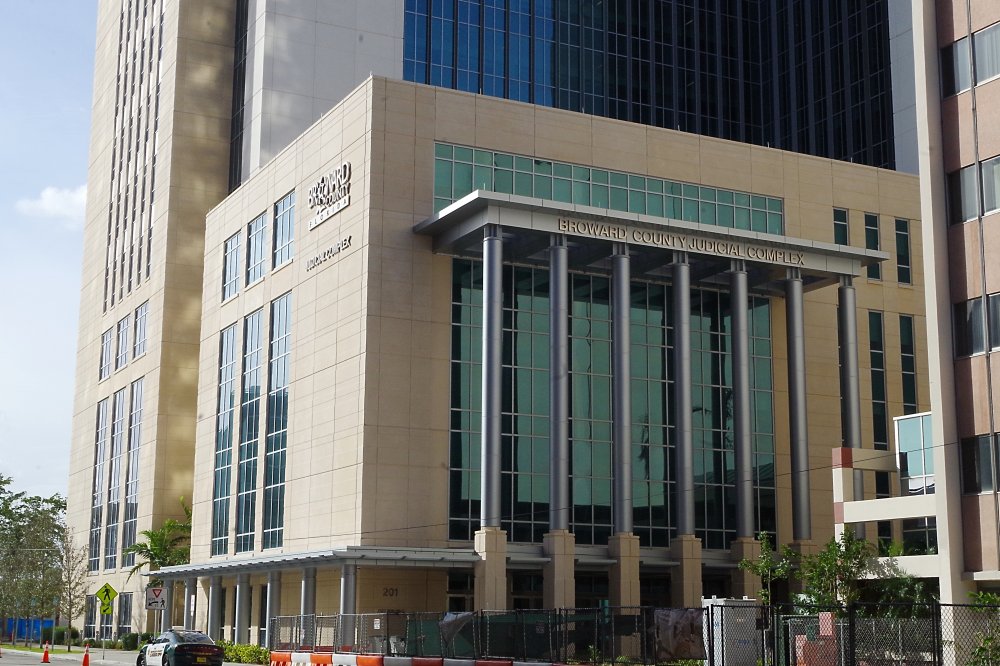 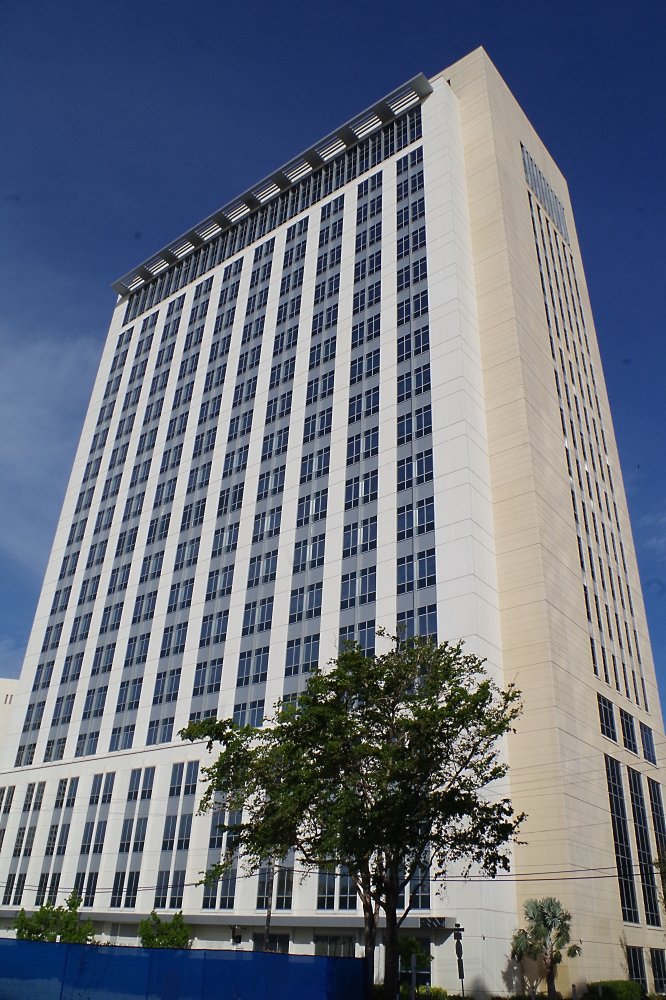 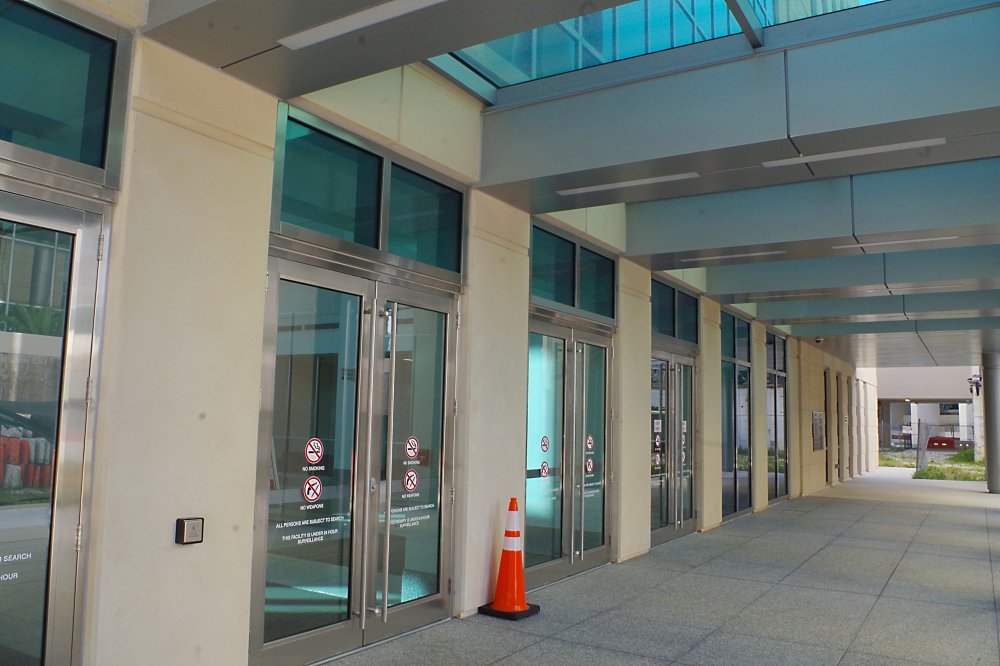