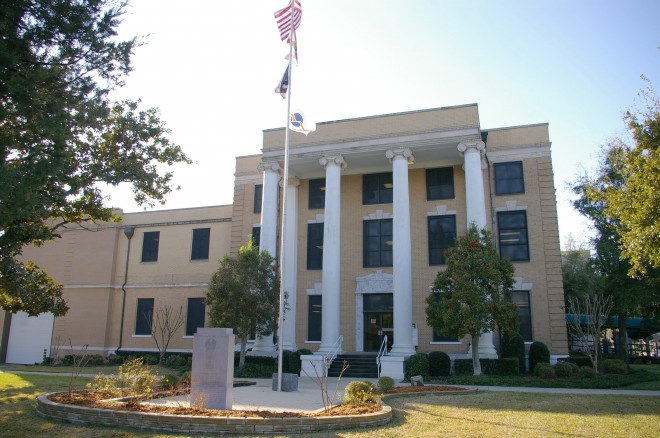 Bay County is named for the St. Andrews Bay which lies along the southern boundary of the county. 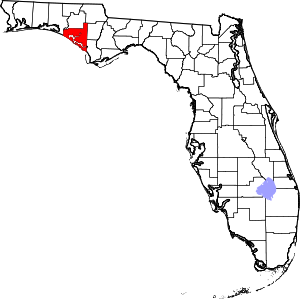 Description: The building faces north and is a three story yellow colored brick, stone  and concrete structure. The building is located on landscaped grounds in the center of Panama City. The north front has a large portico supported by four large white colored columns which rise to a header at the top of the third story. There is stone trim around the entrance. Along the west side are large arched windows on the second story with a peaked roof above. The large courtroom has pale green colored walls and seats for about one hundred and fifty people. The building houses the Circuit Court of the 14th Judicial Circuit and County Court. The building burned in 1920 and was repaired. In 1978 the building was remodeled. The architect was Bayne Collins AIA and the Contractor was Hobbs Construction & Development Inc.

History:  The county was created in 1913 and Panama City was selected as the county seat. The first and present courthouse was constructed in 1914 to 1915. The courthouse was damage by fire in 1920 and was repaired. 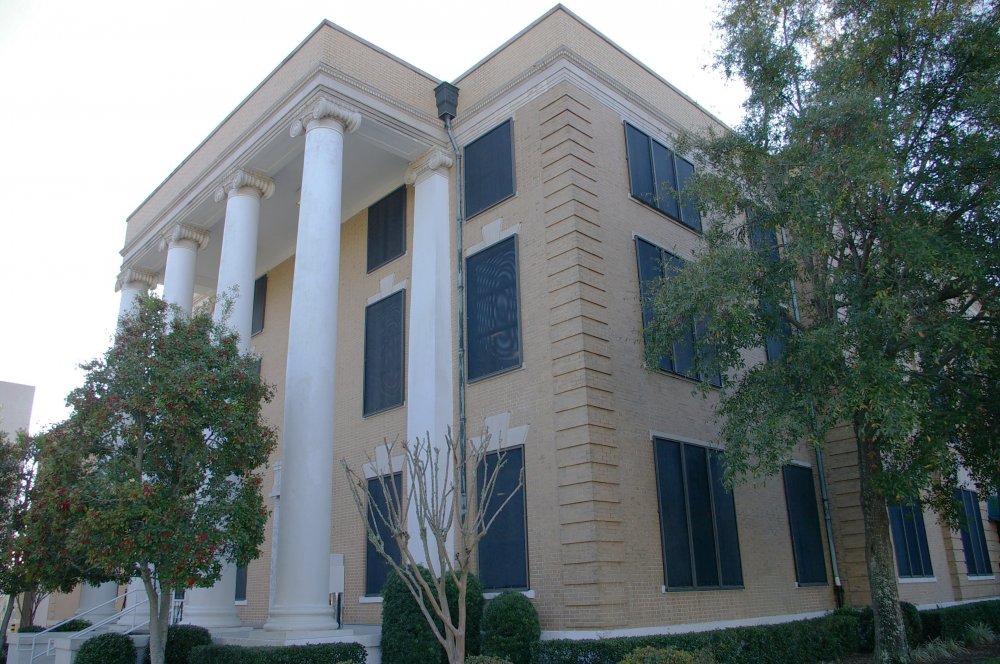 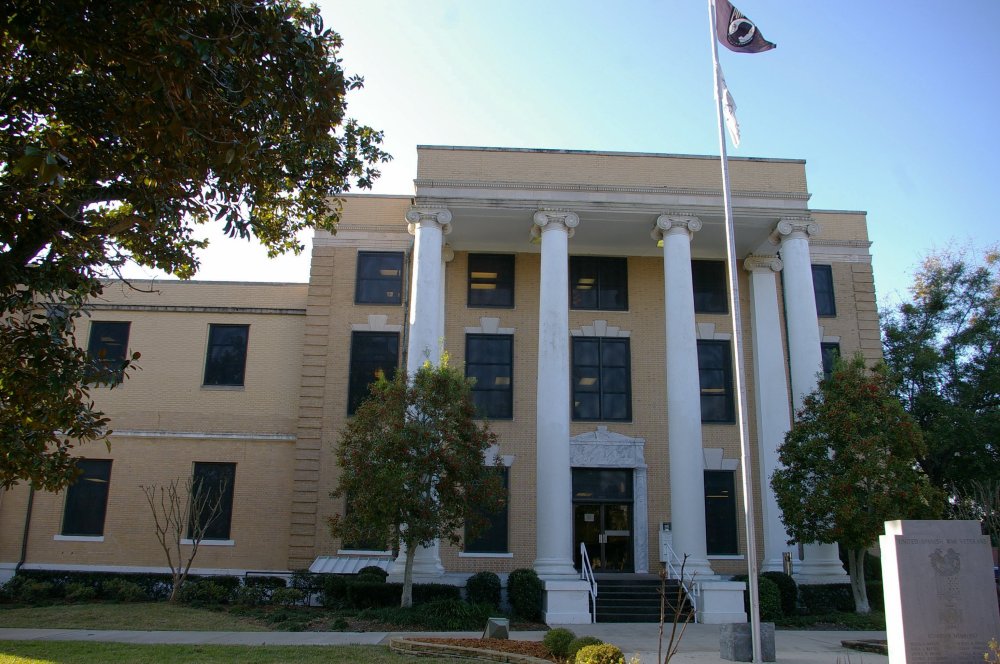 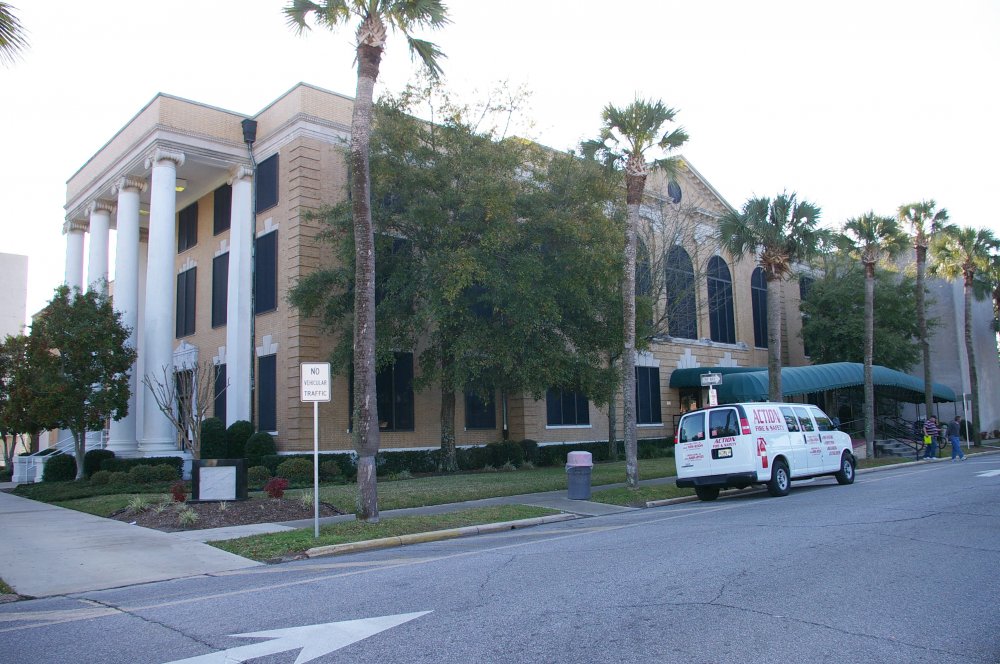 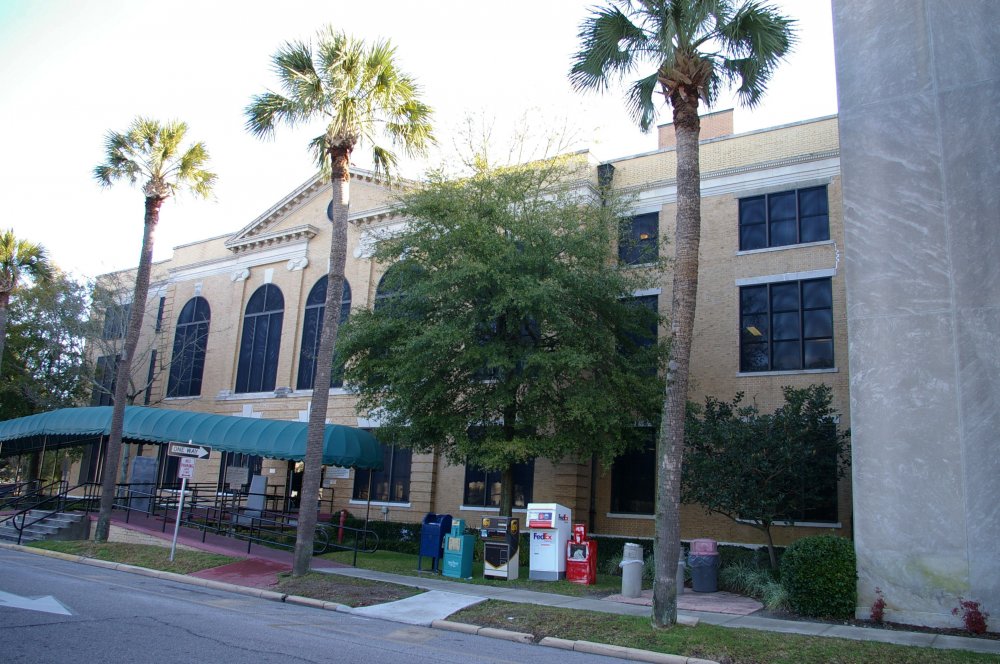 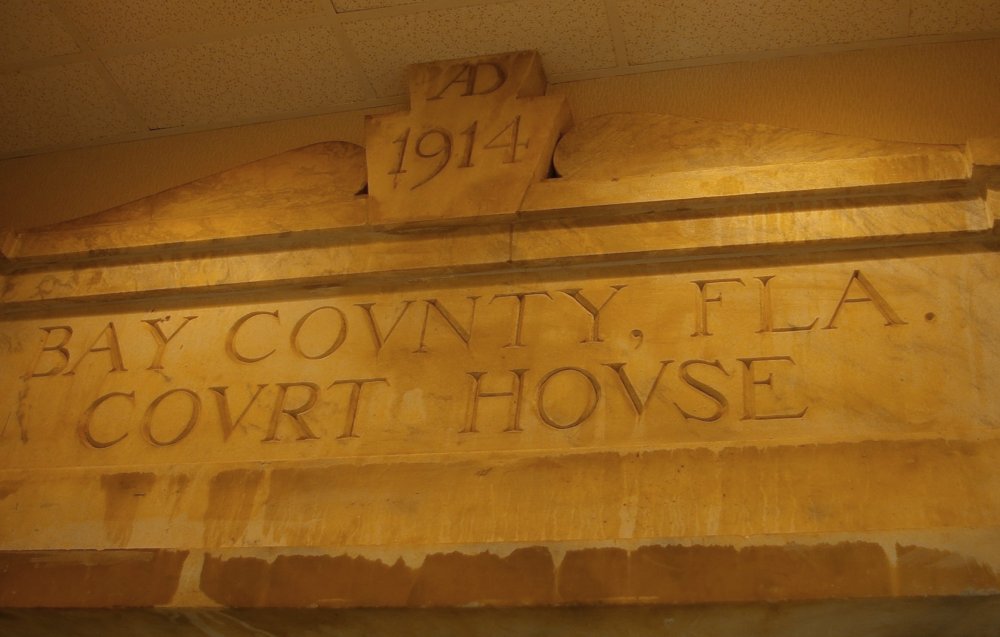 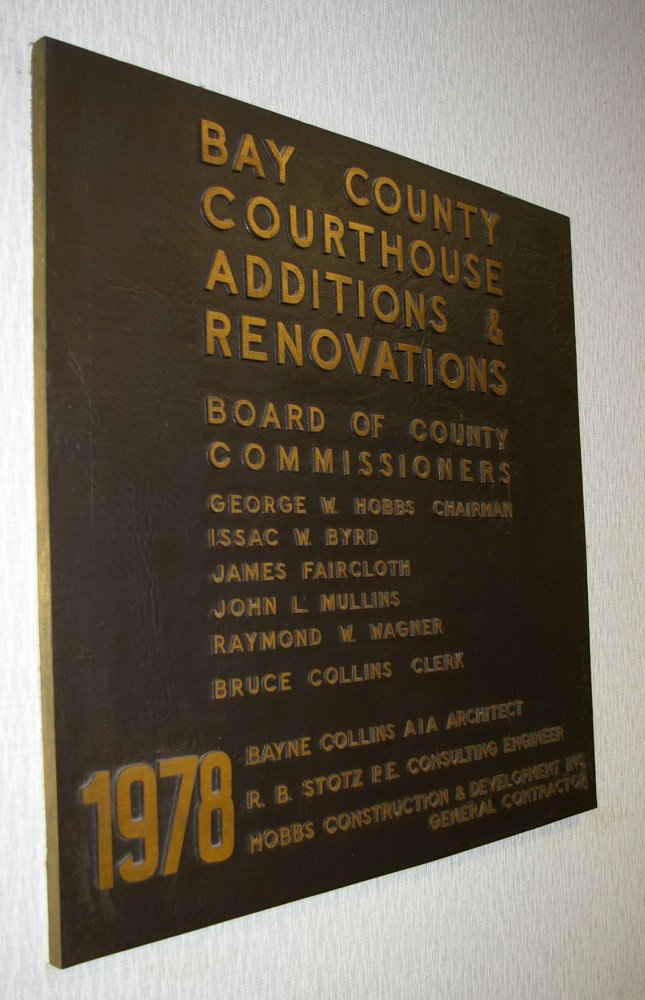 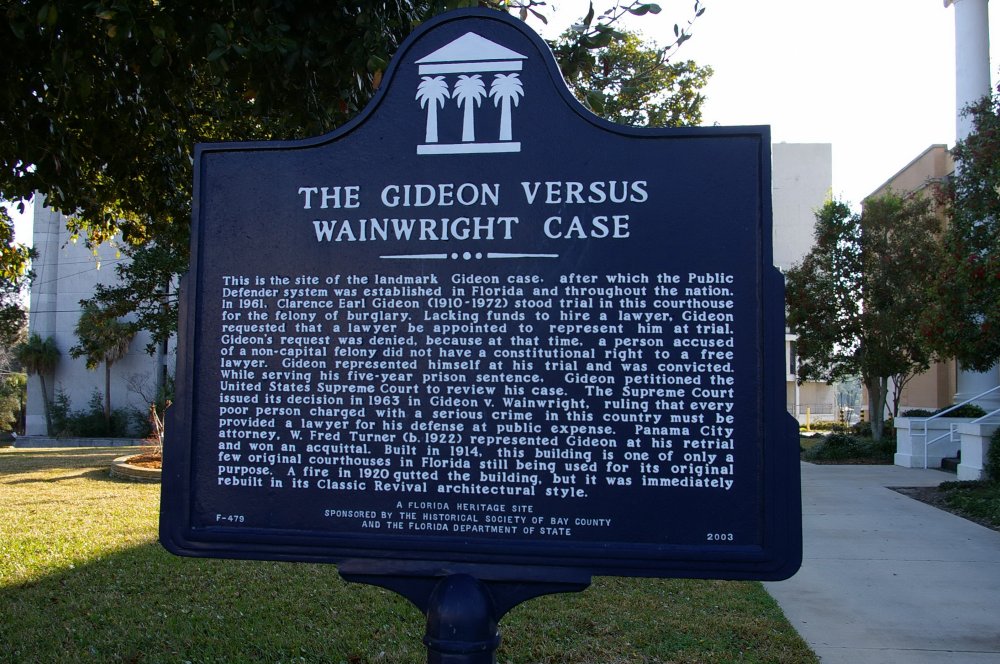