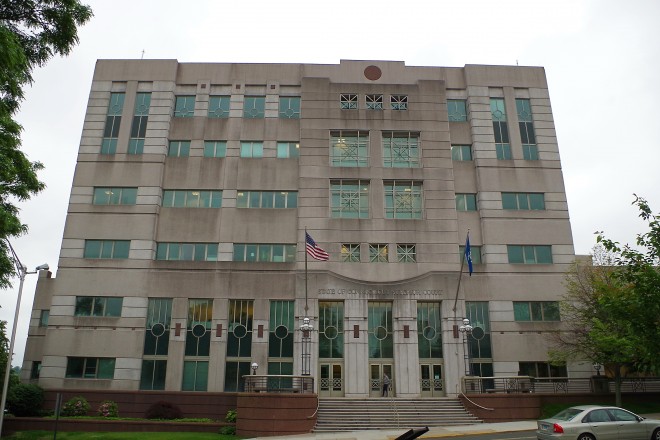 Middlesex County is named for the County of Middlesex in England.

Description:  The building faces north and is a six story concrete and glass structure. The building is located on landscaped grounds. The north front has a central entrance on the first story and vertical windows on the first and second stories. The roof line is flat. The building is named as the Raymond E Baldwin Courthouse. The construction manager was One Court Street Inc. and Northland Development Corporation. 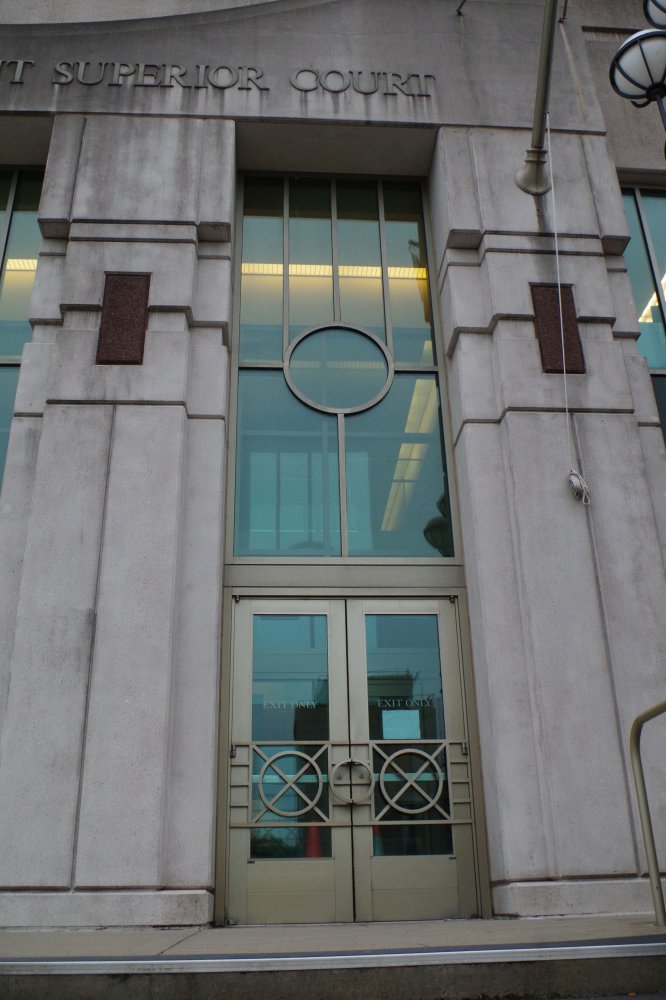