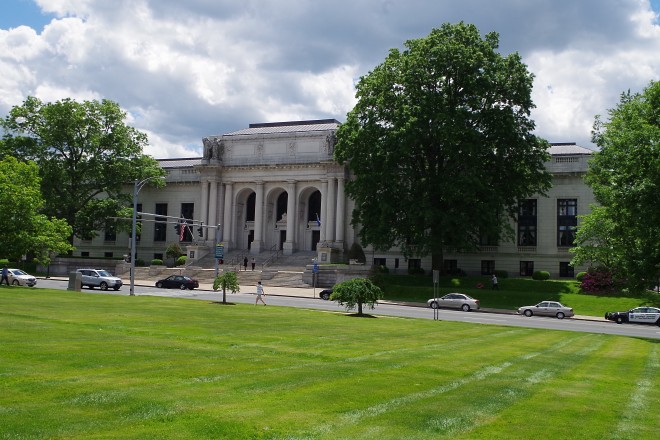 Description:  The building faces north and is a two story gray colored granite, brick and concrete structure. The building is located on landscaped grounds opposite the State House and is the State Library and Supreme Court Building. The building is “T” shaped with the Library in the east wing, the Supreme Court in the west wing and the Memorial Hall in the center. The exterior walls are granite quarried at the Bethel Quarry, Vermont.  At the center of the front is a high square portico with three high stone arches with recessed entrances. On the pillars are four 10 foot statues by Francis M L Tonetti representing art, history, justice and science. The west wing contains the Supreme Court Chamber which is a large two story room with ornate furnishings.

See:  The Supreme Court is located in Hartford County. 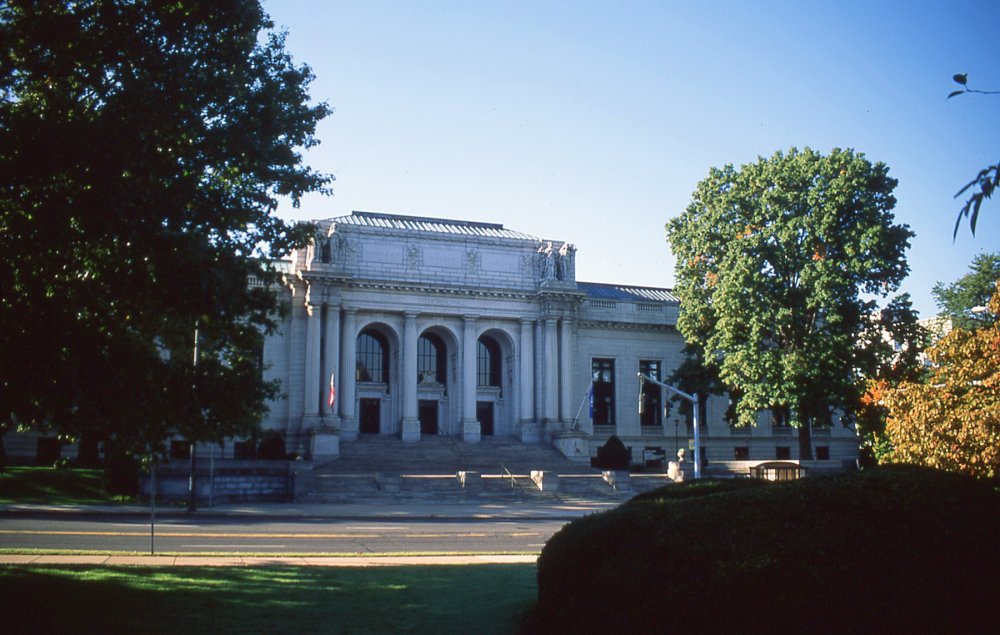 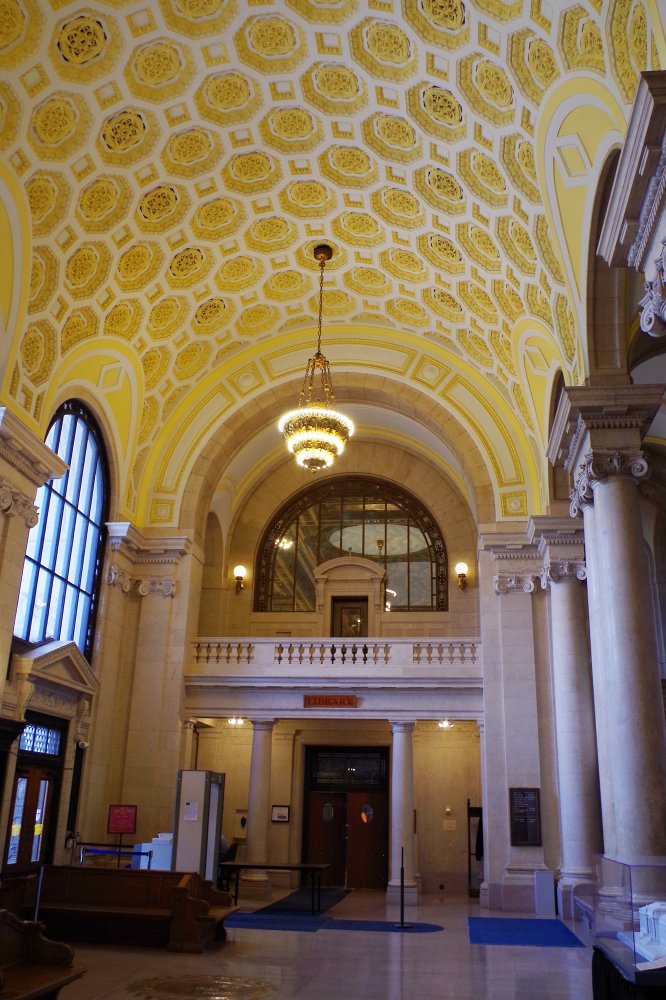