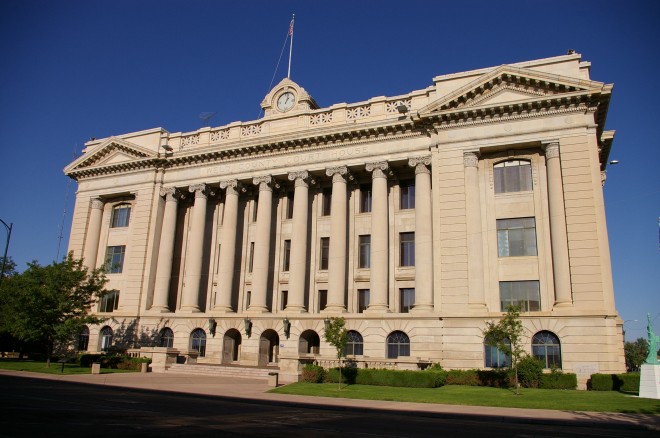 Weld County is named for Lewis Ledyard Weld, the first secretary of the Territory of Colorado. 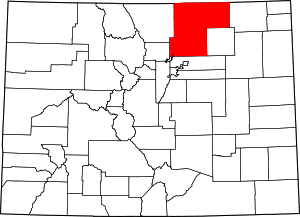 Description: The building faces east and is a four story gray colored stone and concrete structure. The building is located on landscaped grounds in the center of Greeley. The building is constructed of Indiana limestone and terra cotta. On the east front are eight large stone columns with recessed windows on the second to fourth stories. On the roof is a stone balustrade and a clock. On the first story are arched entrances and windows. The interior lobby is dominated by a staircase, notable for its elaborate ironwork which is carried to all stories. White colored marble from the quarry near Marble, Colorado, comprises not only the main staircase but interior columns, floors on the first three stories, and, in one courtroom, wainscoting, floor, and judge’s bench. Each landing of the main white colored marble staircase features three large and skillfully wrought stained glass windows. The colors range from subtle to vivid, and the designs incorporate such subjects as flowers, color patterns and the Colorado seal. There is a circular opening surrounded by an intricately wrought bronze balustrade in the center of the corridors of the third and fourth stories. No wood was used except the handrails on the main marble stairway and circular balustrades. The lamps throughout the building are of solid bronze and feature intricate designs. Highlighting the interior are figures and designs molded in plaster or carved in marble that symbolize many of the activities that engage the government. The building houses the County District Court and County Court of the 19th Judicial District. The building was rstored in 1964 to 1965. On the south side are the modern brick county buildings.

Note:  All clocks in the courthouse are operated by a master pneumatic large grandfather clock. Above the door in one courtroom, is a replica of a woman representing the law. A jewel in the center of her forehead represents knowledge, and below the head are carved scales representing balanced law. Fruits on each side of this represent the fruits of justice.  At the top of the judge’s bench is a ball which depicts universal law; being above the judge, it signifies universal law above man-made law represented by the judge. The clock is ringed by a green colored wreath which represents justice; and on each side of the clock and its surrounding wreath are two white, winged dragon-like beasts with open, sinister, red mouths symbolizing the evil genie of Babylonian times who incited evil and criminal instincts in man. The clock represents time, and since the judge sits at the opposite end of the room, his eyes often fall upon the clock; the judge “spends his time bringing evil to justice.”

See:  The first courthouse, the Andrew Lumry cabin is located in the Centennial Village Museum in Greeley at 1475 A Street and North 14th Avenue. 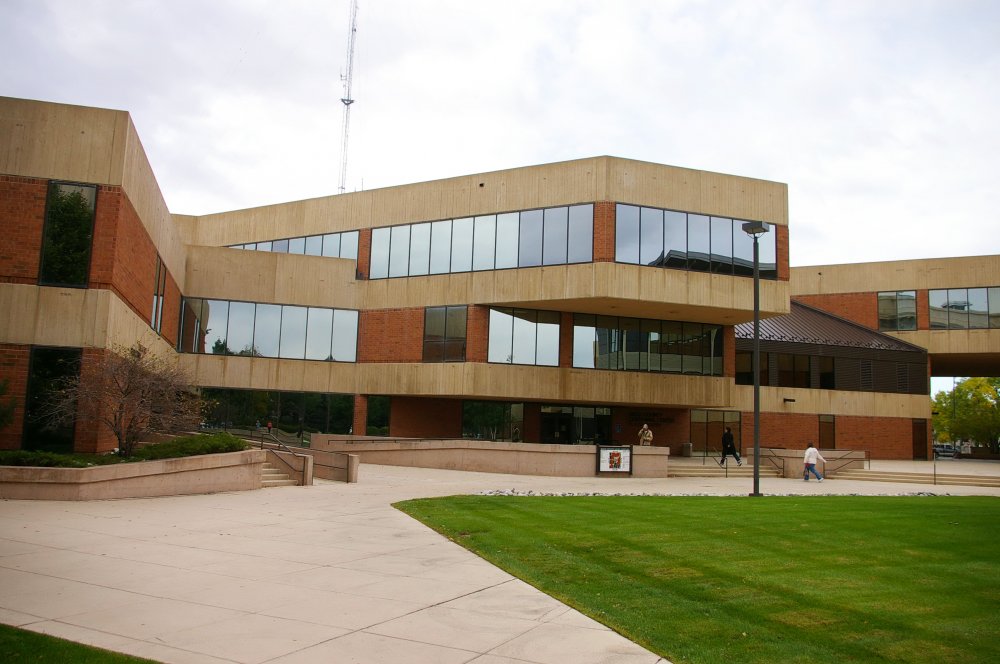 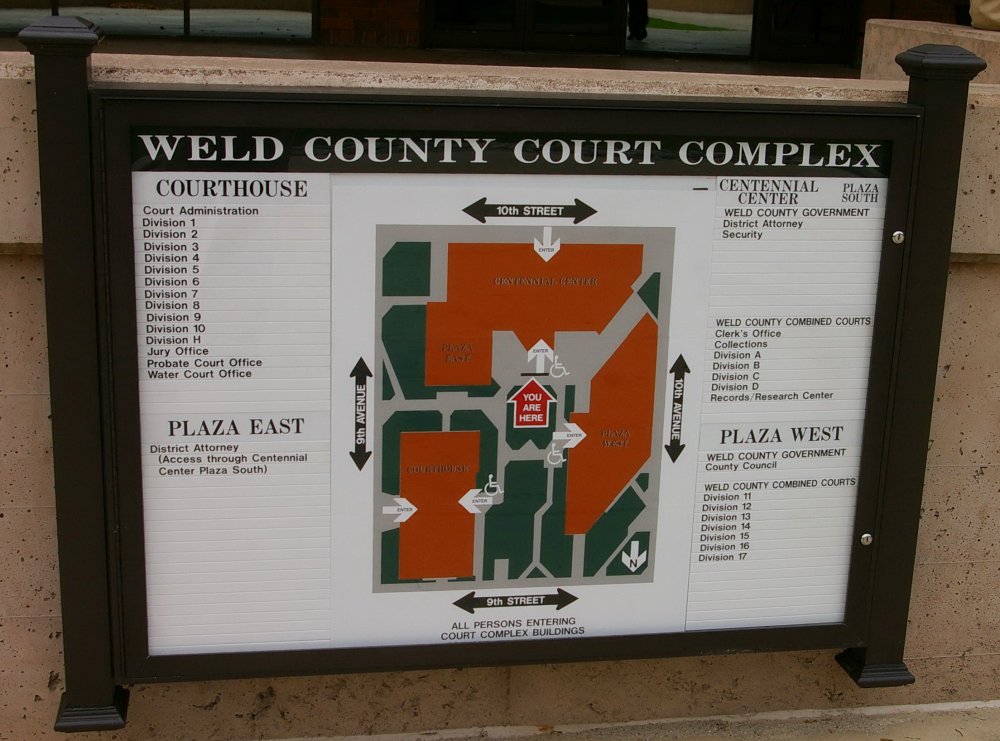 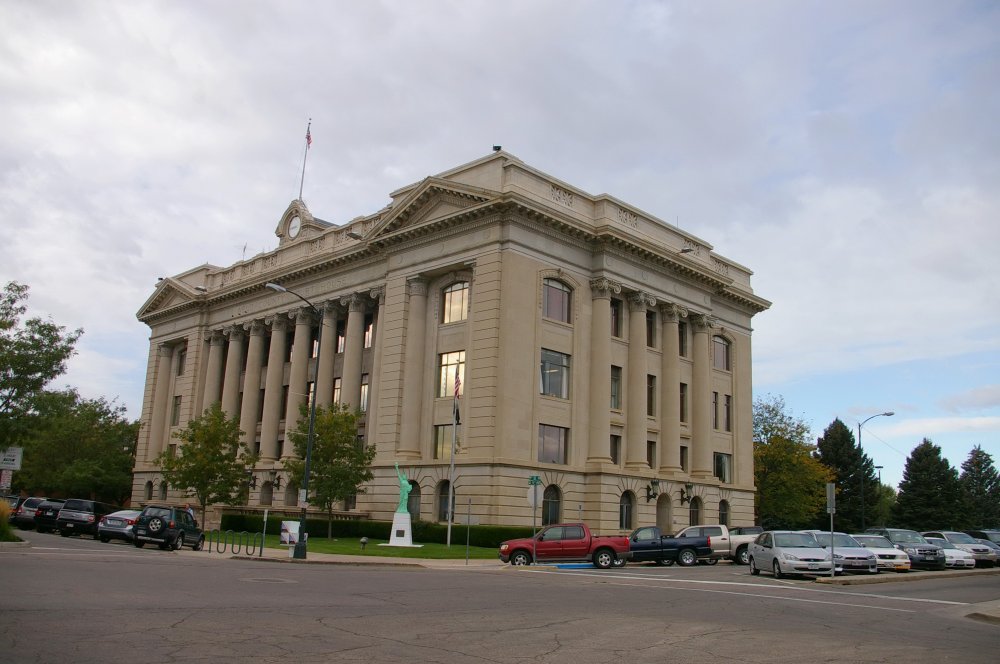 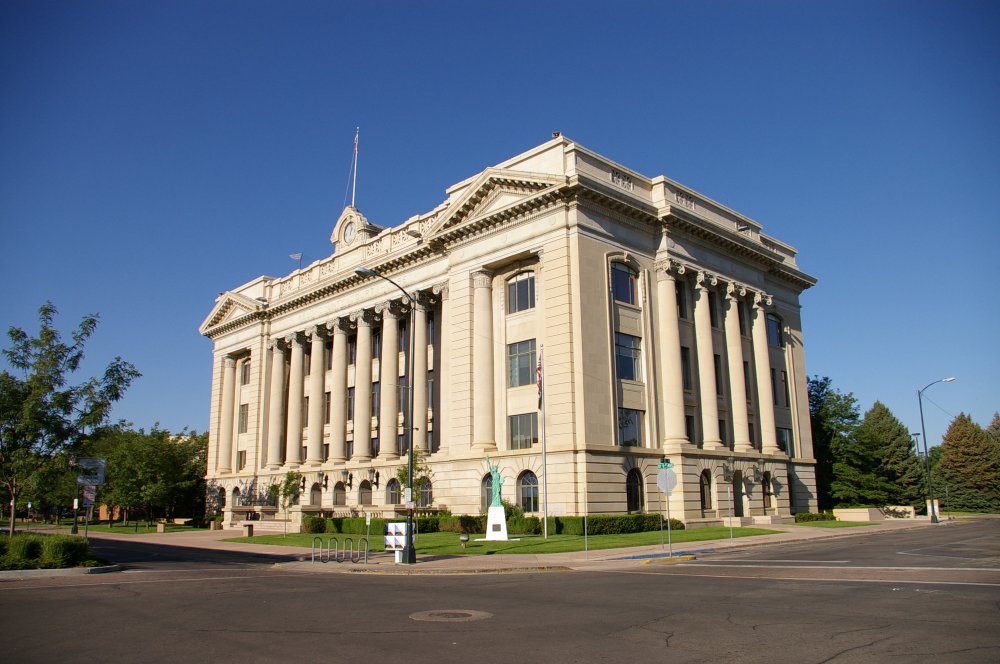 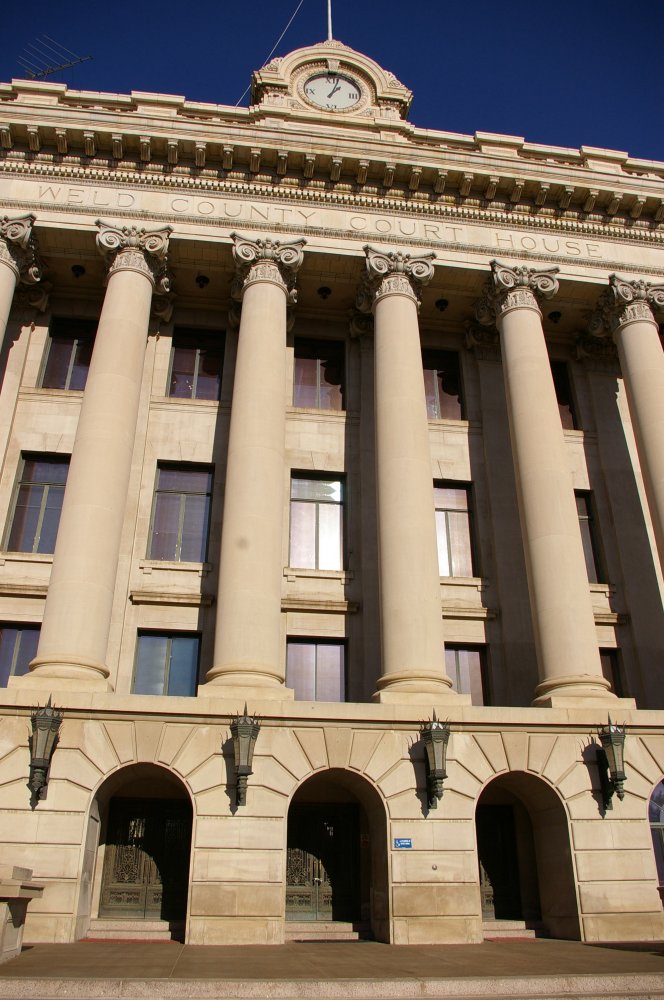 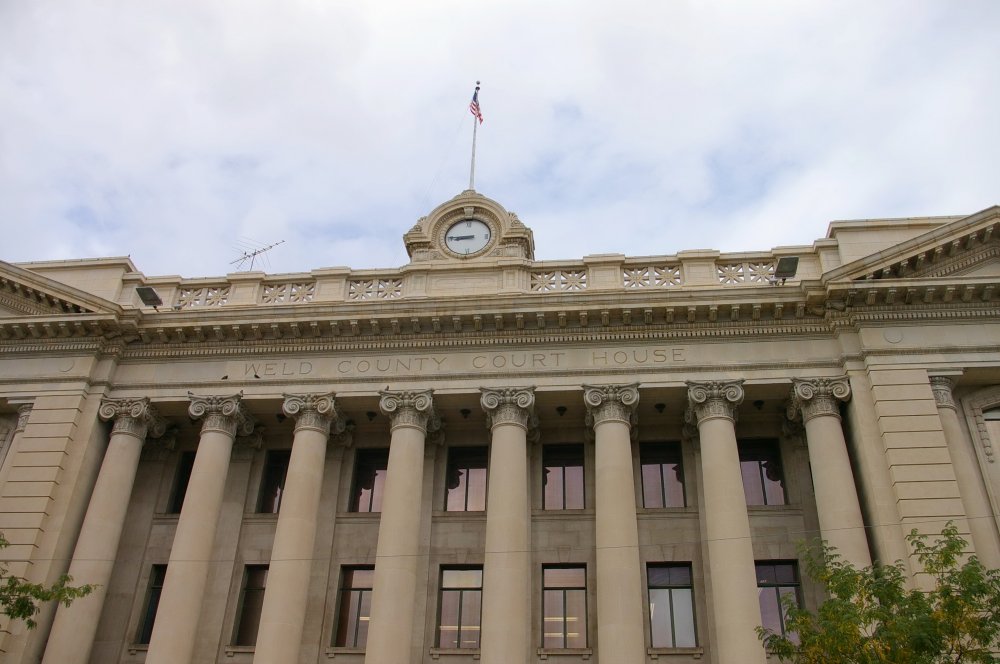 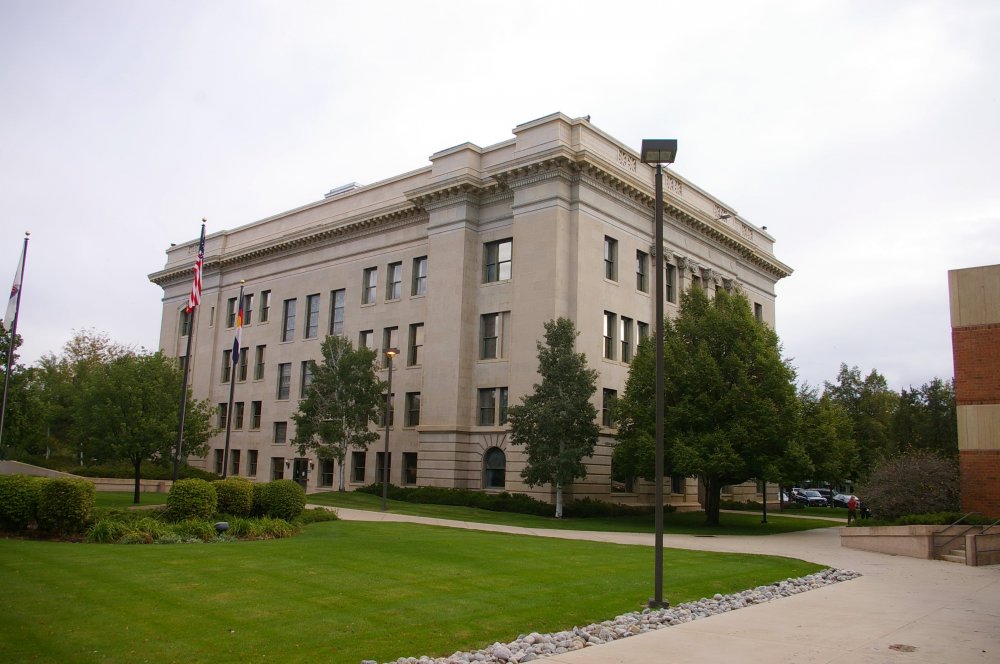 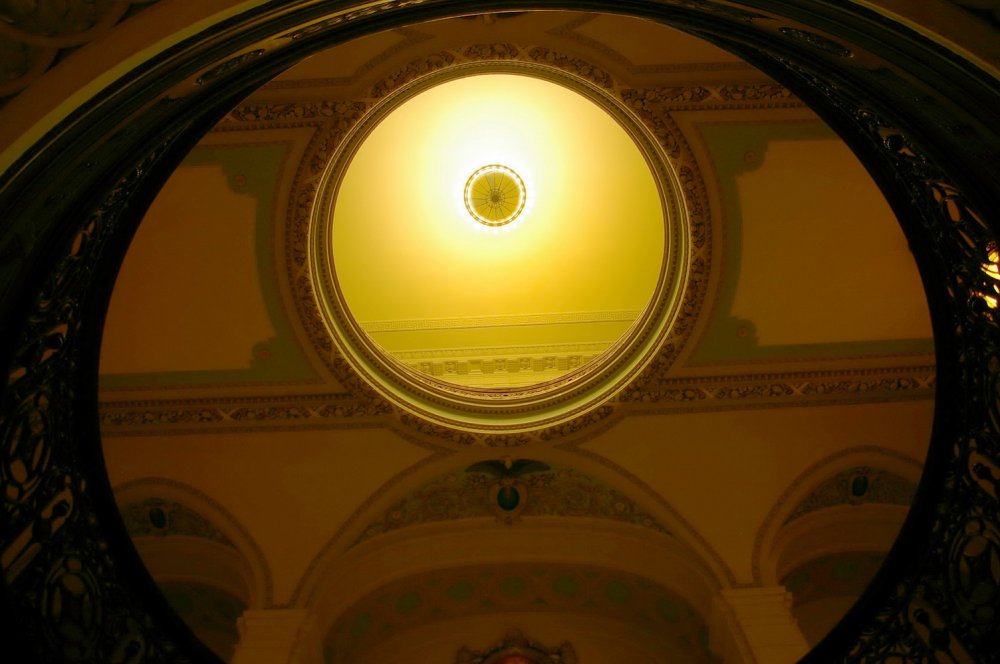 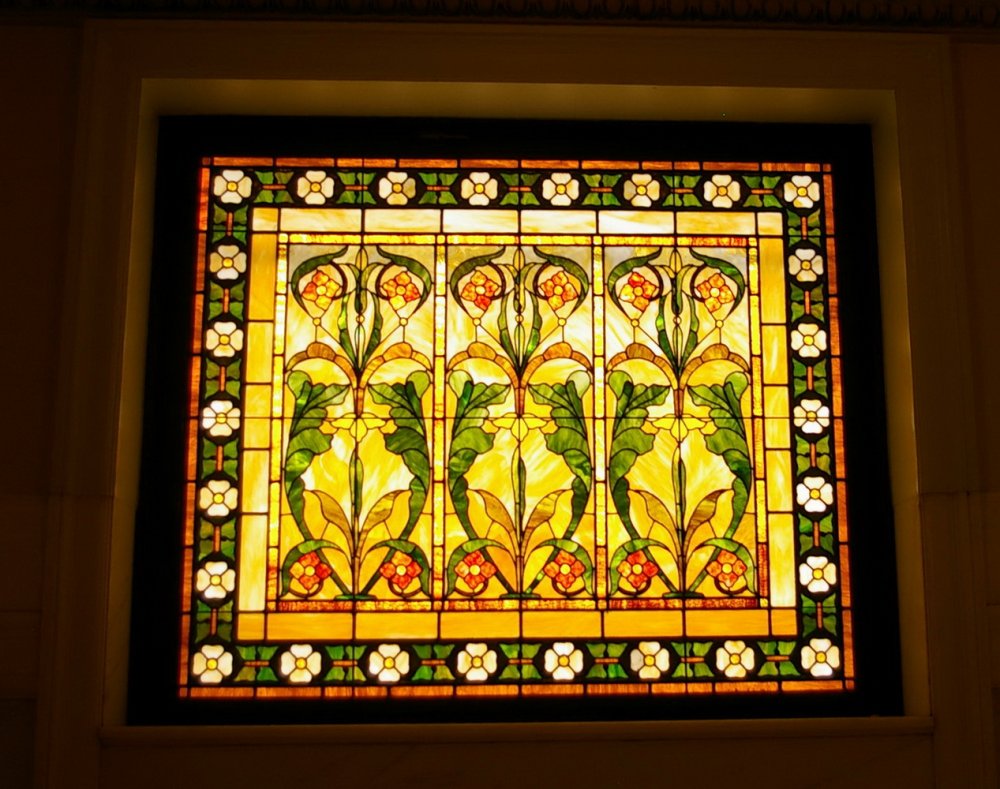 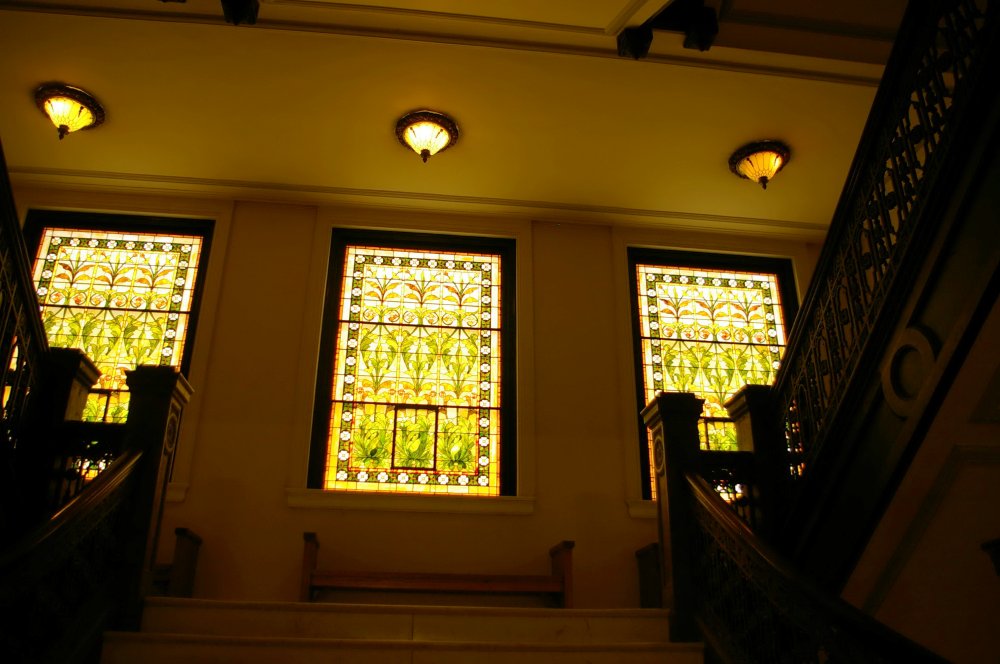 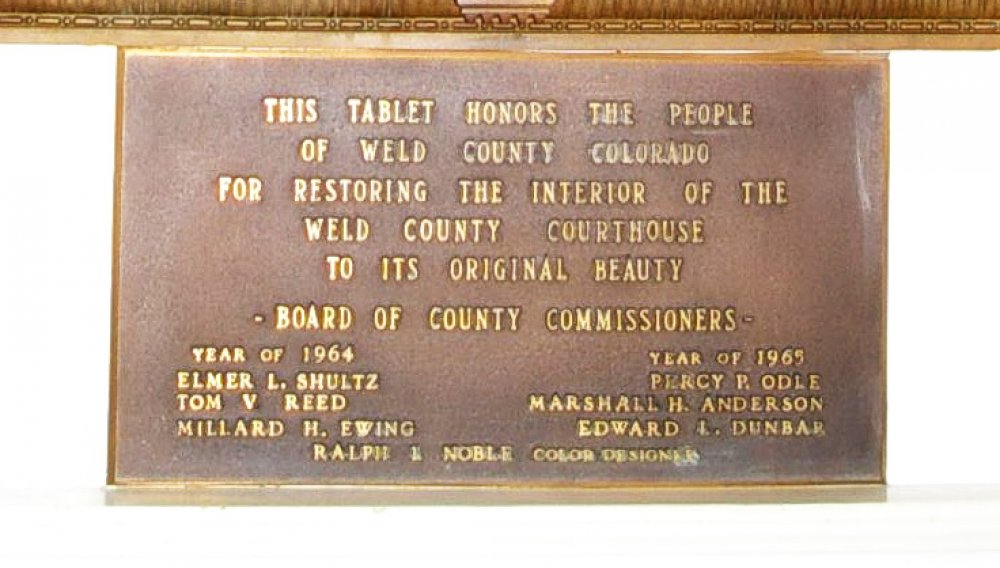 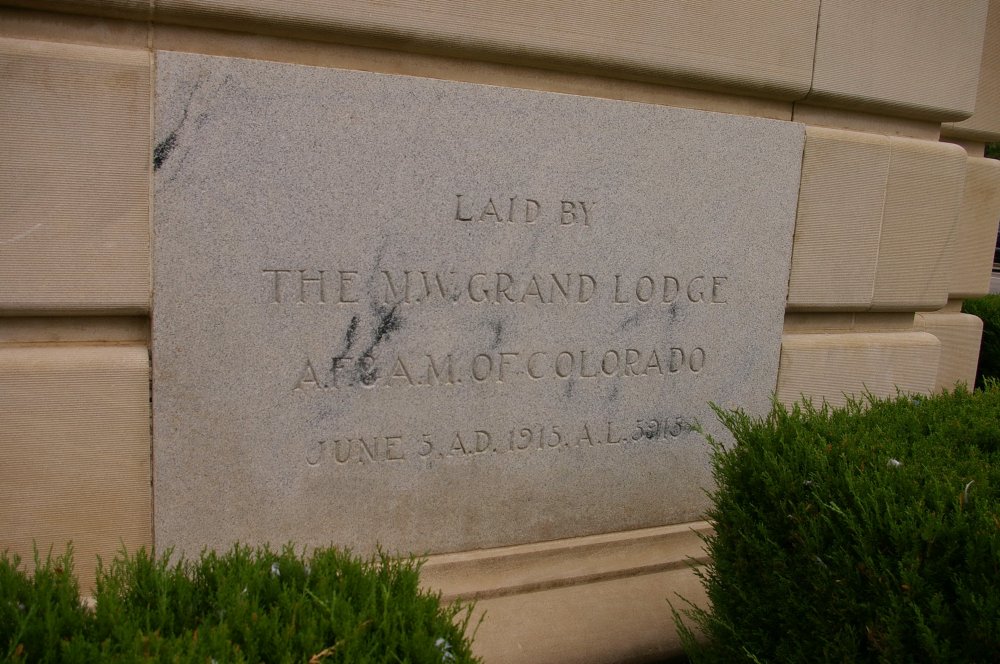