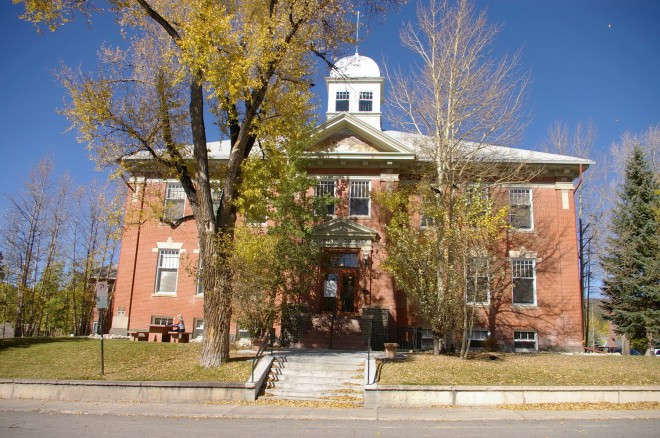 Summit County is named for the mountain summits in the area. 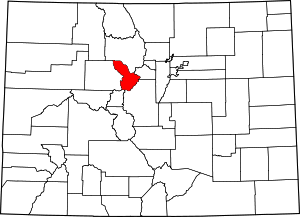 Description: The building faces south and is a two story red colored brick and concrete structure. The building is located on landscaped grounds in the center of Breckenridge. The building is constructed with stretcher bond brick. Gray colored sandstone and gray colored brick trim lend the red colored brick. The south front has a projecting center section with entrance on the first story with stone pediment above. The north and south entry pediments feature painted mining and railroad scenes in bas-relief on pressed zinc. On the center of the roof is a square white colored four sided observation tower with white colored dome. The roof is hipped. In the interior is an octagonal main-floor hall and golden oak stairwell. There are pressed metal ceilings, chandeliers, and other wood furnishings. The courtroom is located on the second story. The building was renovated in 1987. The architect was by Baker + Hogan Associates. 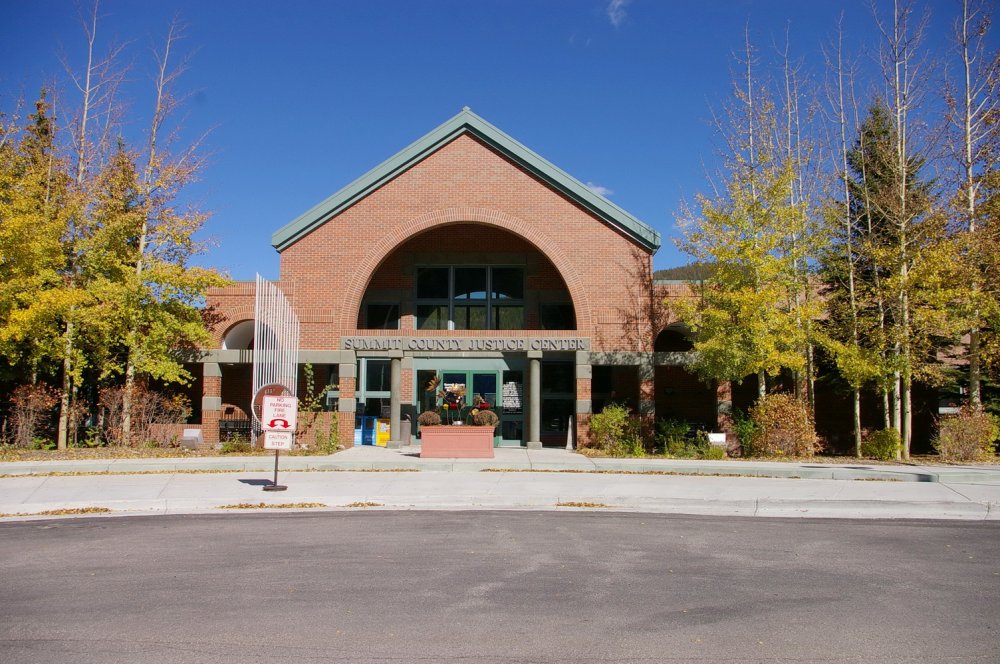 Description: The building faces west and is a one story red colored brick and concrete structure. The building is located on landscaped grounds to the north of the center of Breckenridge. The west front has a projecting center section with large arch with recessed entrance. The roof line is flat. The building houses the District Court and County Court of the 5th Judicial District.

History:  The county was created in 1861 and Parkville was sekected as the county seat . In 1862 the county seat was moved to Breckenridge but the issue of the county seat was not settled until Breckenridge was selected as the county seat in 1882. The first county office was a log cabin on Main Street used by the clerk and recorder in 1882. By 1889 the County owned a hodgepodge of commercial buildings on South Main Street near Lincoln Avenue in Breckenridge and appropriated $2,000 to outfit the “New York Store” to act as the County’s first courthouse. The building burned down later in 1936. The county struggled to maintain the old and inadequate buildings over the next nineteen years. The second and present courthouse was constructed in 1908 to 1910 at a cost of $75,000. The County Justice Center was constructed in 1985 to 1986. 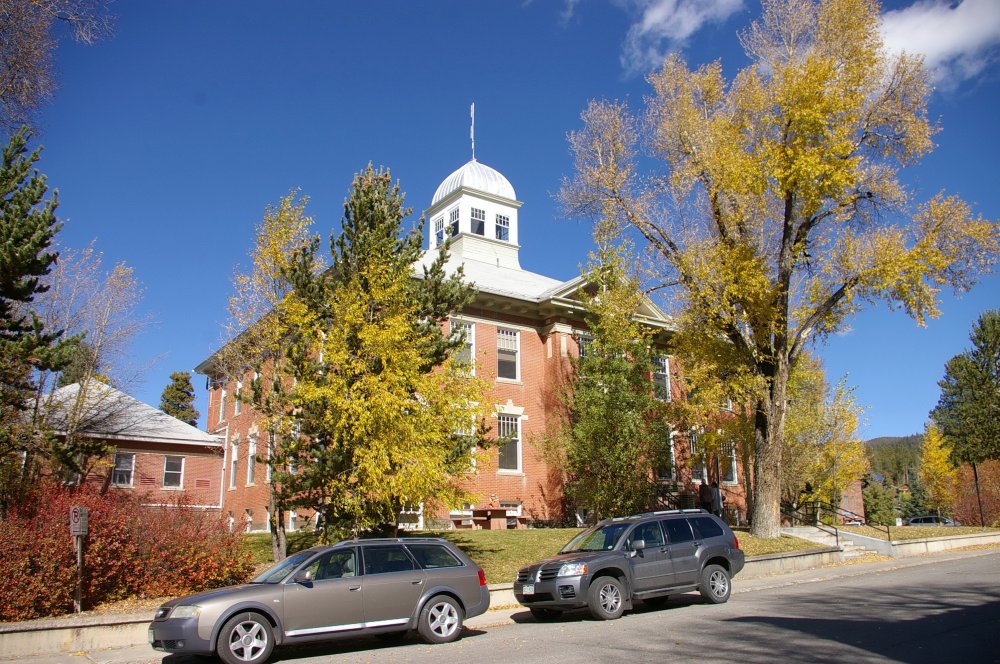 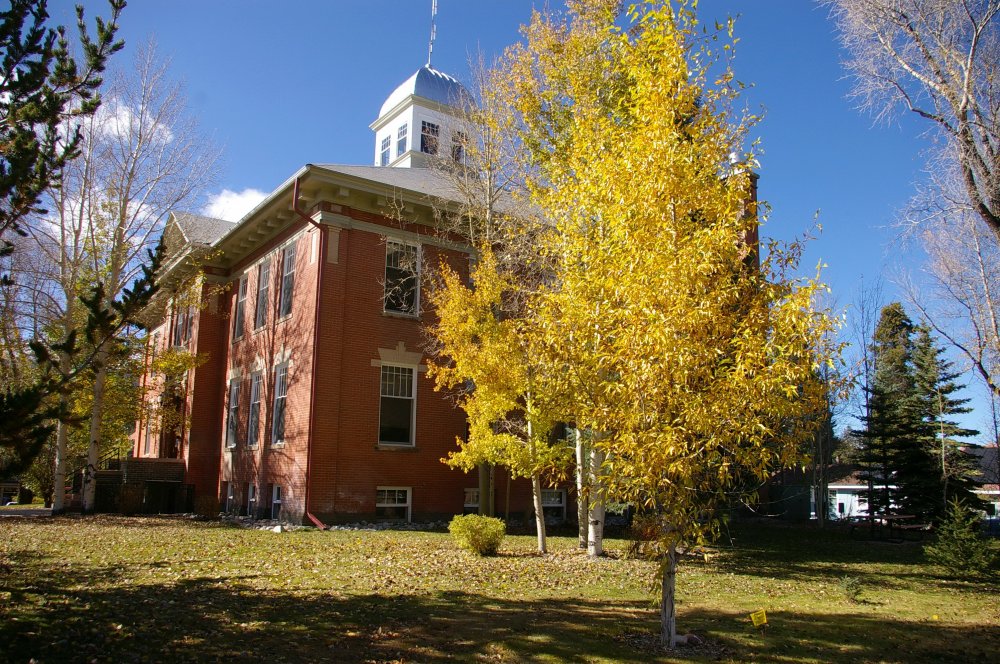