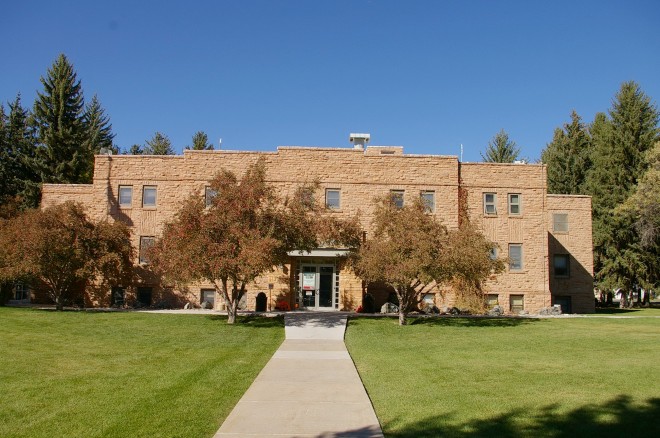 Rio Blanco County is named for the Rio Blanco which flows through the county and is the Spanish for “white river”. 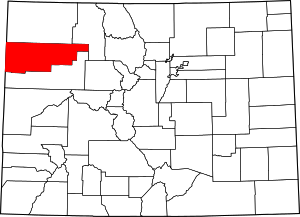 Description: The building faces south and is a two story red colored flagstone structure. The rectangular shaped building is located on landscaped grounds in the center of Meeker. The south front has a central entrance with canopy above. The building recesses in tiers and the windows are small in size. A slightly projecting sandstone belt encircles the building. The roof line is flat. This was a Works Progress Administration project under the Federal Emergency Relief Administration. An addition was added in 1956 on the east and north sides. The architect was J Lewis Ford of Grand Junction. In 2015 to 2016, the building was remodeled. The architect was Reilly Johnson of Denver and the contractor was FCI Constructors, Inc. of Grand Junction.

Note:  During construction of the courthouse, the general contractor was N G Petry of Denver; stonework was Tom Ekrem; plumbing and heating was George Wilson and George Unfred of Grand Junction; and jail equipment was Southern Prison Company of San Antonio, Texas. In reporting the winning bids, the Meeker Herald took pains to justify awarding the jail equipment contract to an out of state company. The newspaper explained that only two bids were received, both from out of state, and that the steel for the jail equipment would be made in Pueblo (presumably by Colorado Fuel & Iron), which the newspaper explained “makes it really a Colorado job.”

Description: The building faces south and is a one story red colored stone and concrete structure. The building is located on landscaped grounds in the center of Meeker on the east side of the courthouse. The south front has a projecting central section which rises above the roof line and has a recessed entrance. . On the east and west of the south front are projecting sections which rise above the roof line.  The roof line is flat. The building was formerly the Meeker Elementary School. The building houses the District Court and County Court of the 9th Judicial District. The building was remodeled in 2015 to 2106. The architect was Reilly Johnson Architects of Denver and the contractor was FCI Constructors, Inc. of Grand Junction.

Note:  The red colored building stone was donated by Mr. Carstens from his quarry in Upper White River.

Description: The building faces north and is a two story red colored brick structure. The rectangular shaped building is located in the center of Meeker on the southeast side of the courthouse. Along the north front are six arches containing four windows and two doorways. The windows on the second story are vertical. The roof line is flat. The building served as the courthouse from 1898 to 1906. 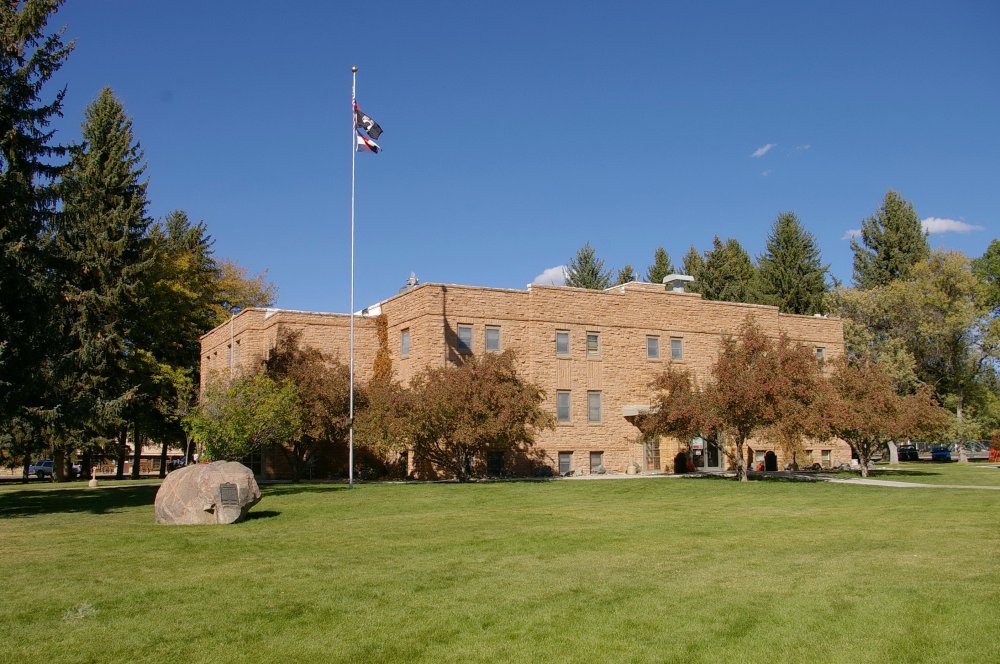 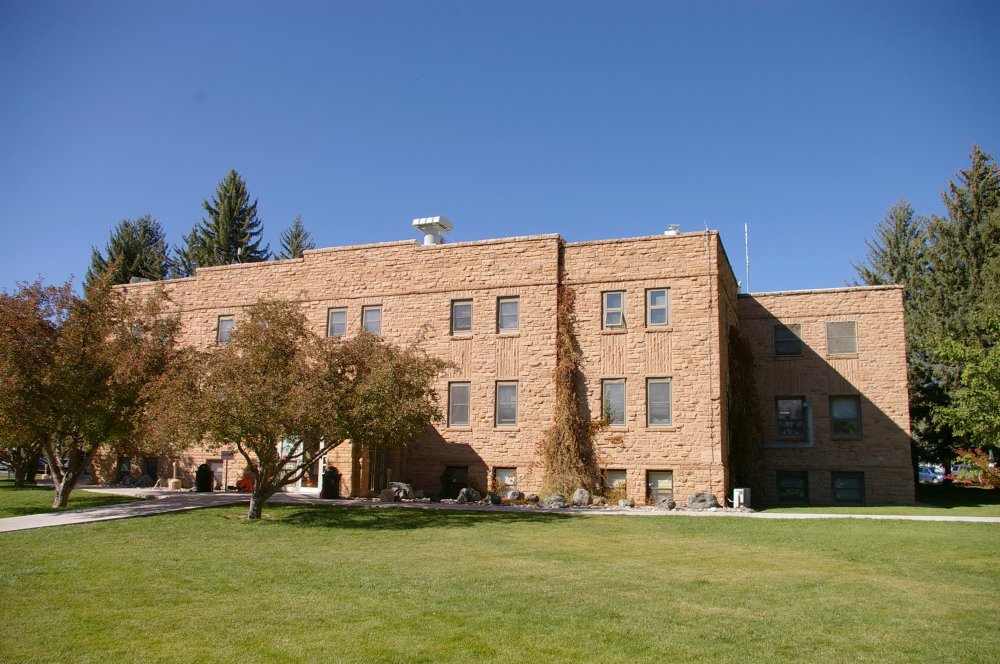 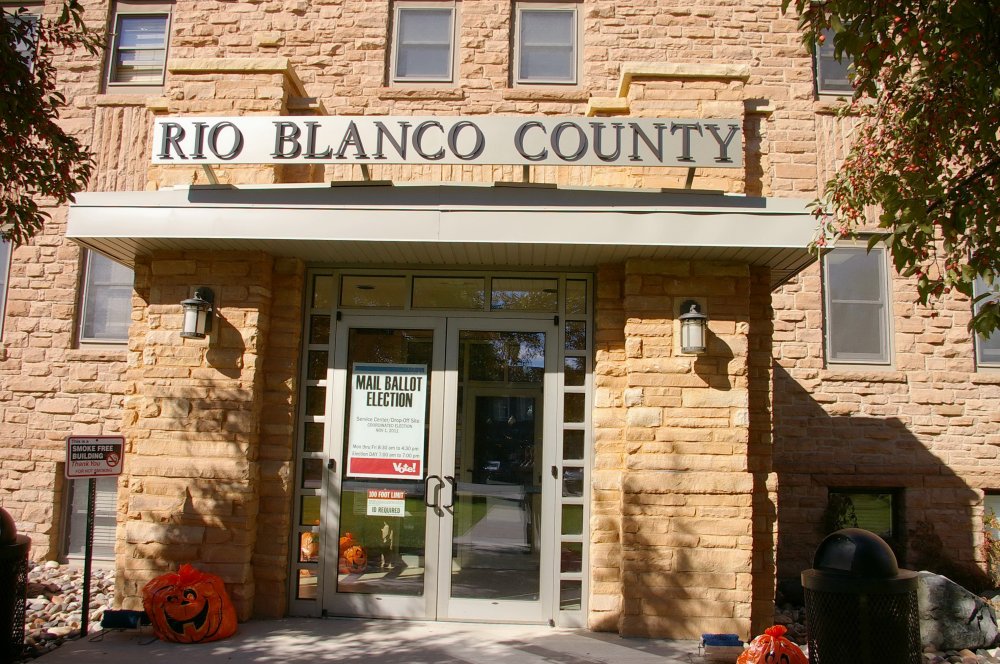 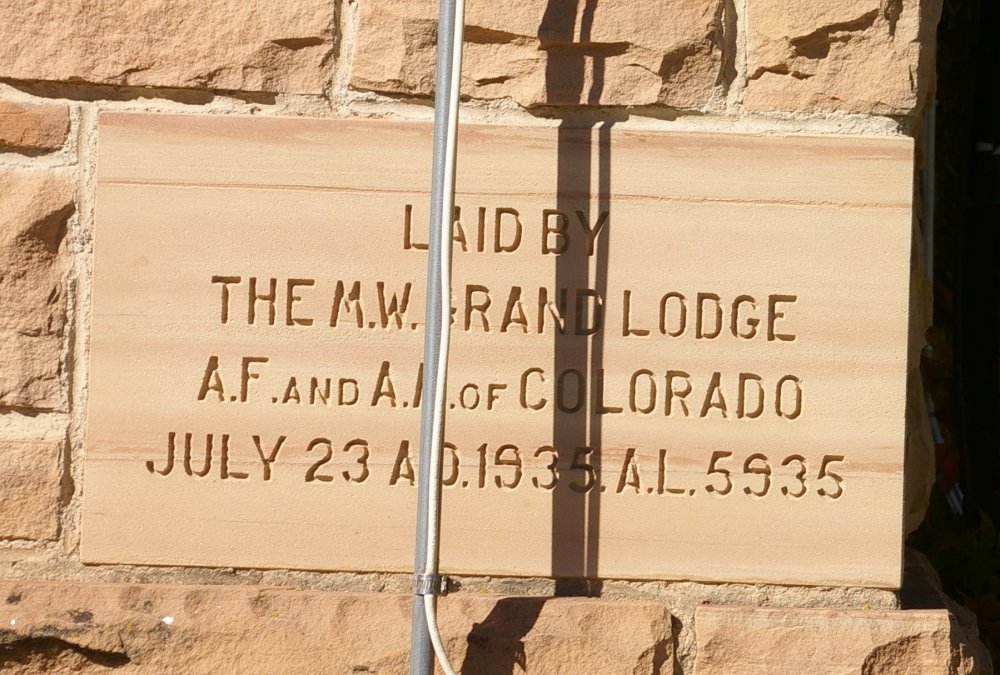 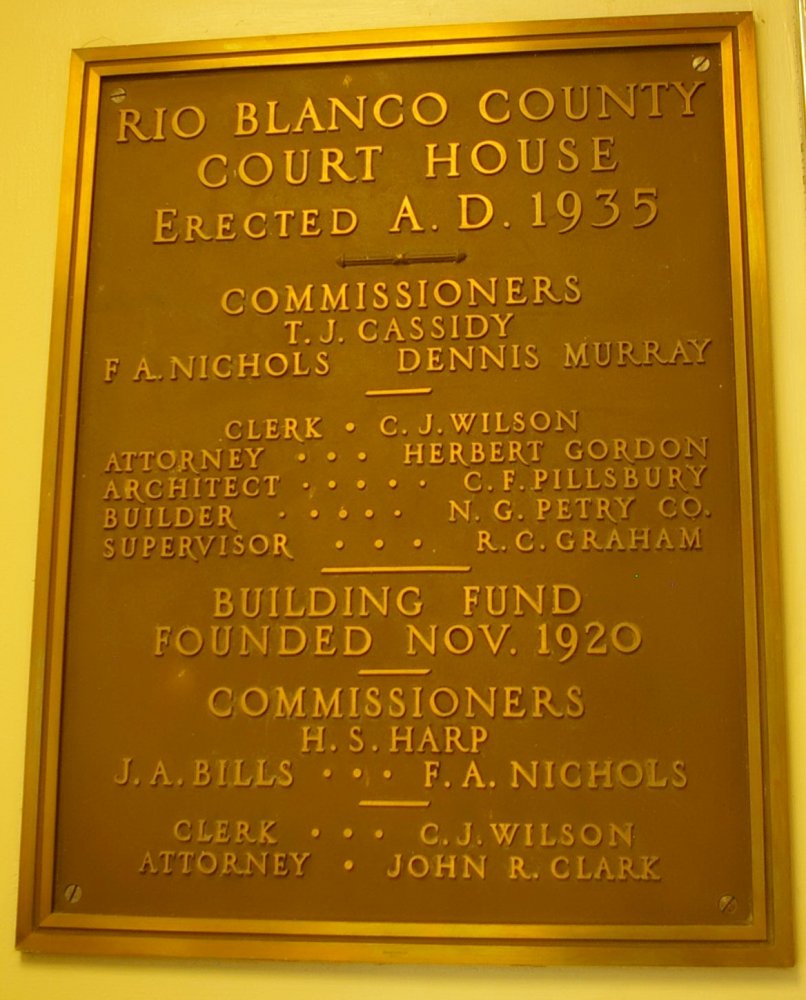