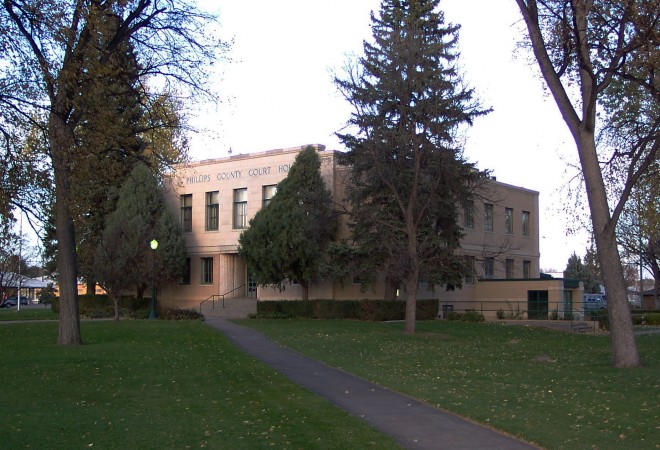 Phillips County is named for R O Phillips, who was secretary of the Lincoln Land Company which organized the towns in Colorado. 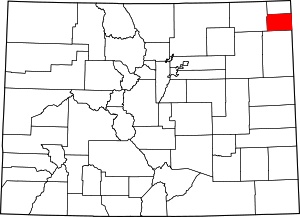 Note:  The courthouse is a two-and-half-story plus basement building. It measures 61 feet by 83 feet. The building is composed of a center section with flanking wings. The center section projects slightly beyond the wings on the west and east sides. The center section is also taller than the wings, creating a partial third story. The building rests on a brick foundation and is clad in buff brick laid in a common bond pattern with terra cotta detailing. Terra cotta quoins decorate the corners of the building. Stringcourses at the foundation, water table, and between the first and second floors are also composed of terra cotta blocks. The building’s original paired, single-light, metal-framed casement windows are intact. The county has installed multi-light storm windows behind the original windows to reduce drafts.

The west facade has seven bays. The center five bays project slightly forward from the main building. On the first floor, quoins distinguish the center section from the rest of the facade. There are six windows and a doorway on the first floor. Five windows with transoms are located on the center section on the second story. Blank openings filled with brick are located on either side of the center section; these brick-filled openings are an original feature. On the second story, smooth terra cotta blocks framed by terra cotta pilasters cover the center section. The name, “Phillips County Court House,” is prominently etched into the facade and painted blue; foliated round sections of terra cotta frame the text. The entrance is centered on the facade. The entrance is composed of grooved, curvilinear piers topped by a terra cotta band that curves out over the entrance doors. Seven concrete steps lead up to the entrance. The double entry doors and transom have square lights with chamfered corners. A band of plain terra cotta interspersed with terra cotta tiles with a blue, foliated pattern forms the cornice. A row of dentils is located beneath the band of terra cotta. The cornice is taller above center section and steps down to the end bays. The building facade mixes elements of several styles. The angular lines, stepped facade, terra cotta decoration, and metal casement windows are all common elements of Art Deco buildings. The quoins, dentils, pilasters, and foliation are all reminiscent of the Beaux Arts style. The building’s distinctive entry is Moderne in style. The interior features terrazzo floors and stairs. The main lobby area has an arched plaster ceiling and the offices have decorated celotex ceilings. Much of the original dark-stained woodwork is intact.

History:  The first courthouse was a frame building constructed as a hotel by  early pioneers for a total cost of $16,000. In 1904, Phillips County bought the old Burlington Eating House from the railroad company for $3,000 to serve as its new home. The county moved the building which had been was designed by Cowe & Harvey, from an area east of the train depot to the current courthouse block. The second and current courthouse was constructed in 1935 to 1936 at a cost of $61,800. 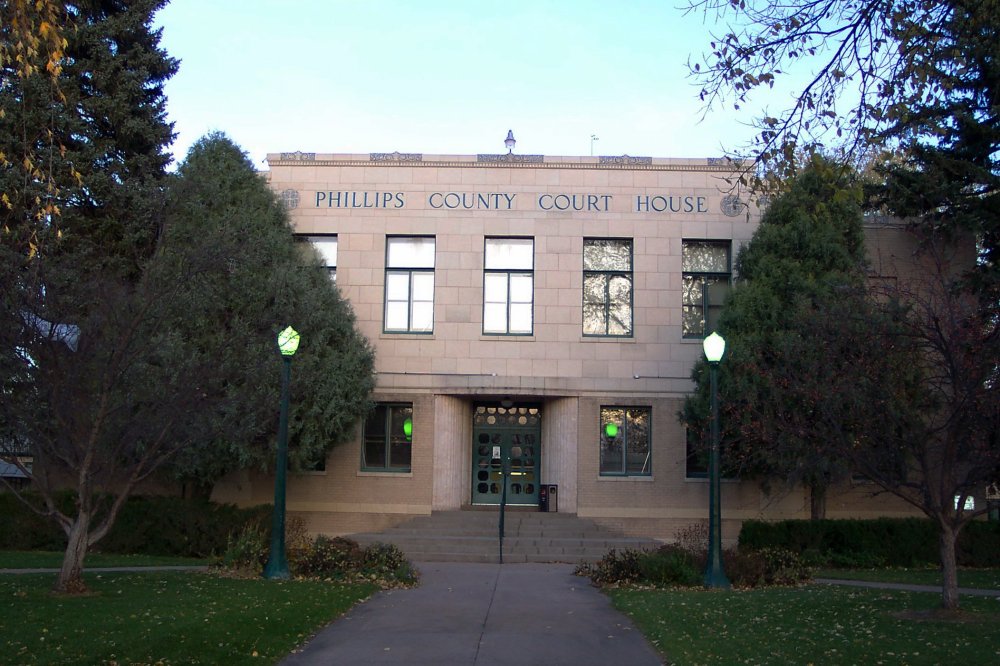 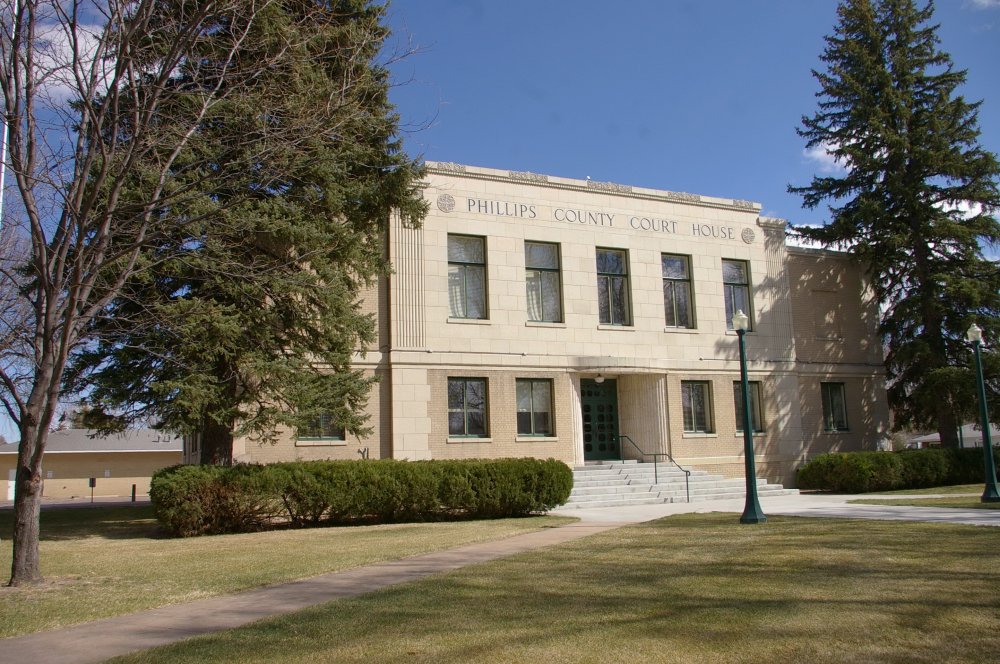 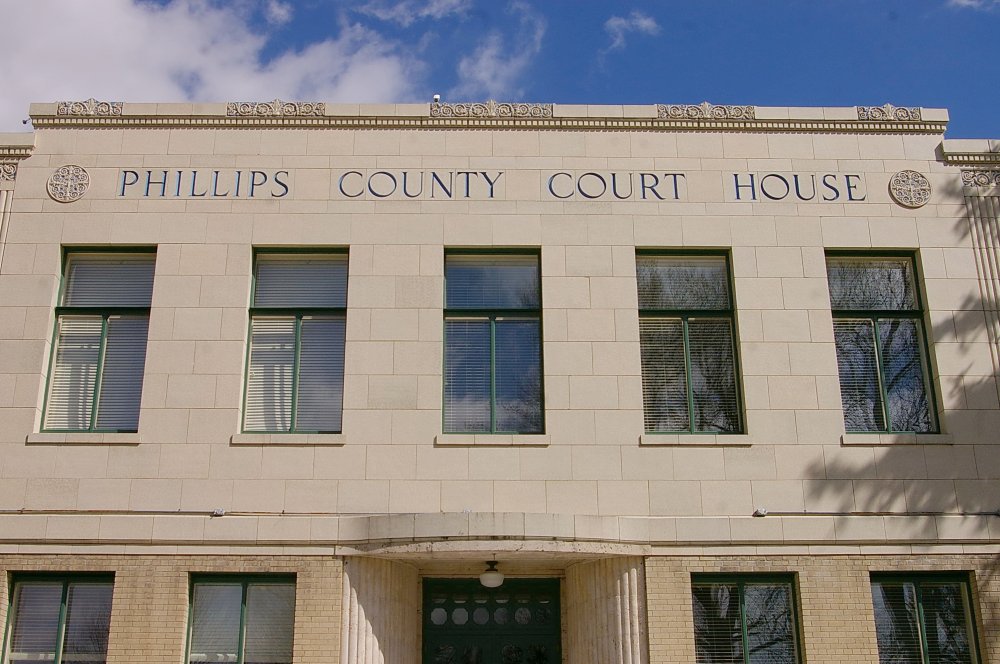 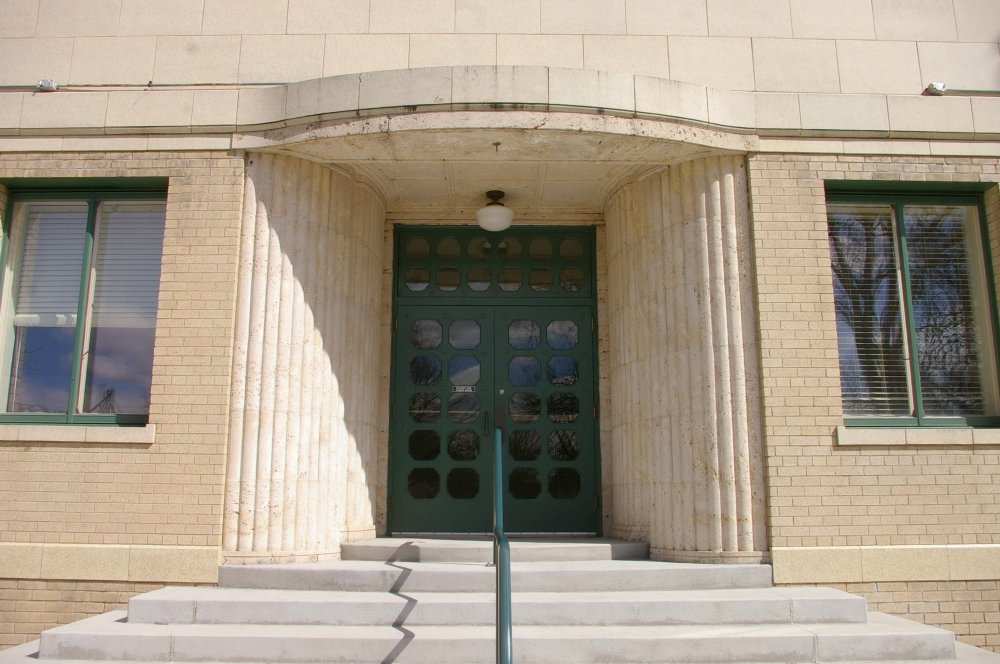 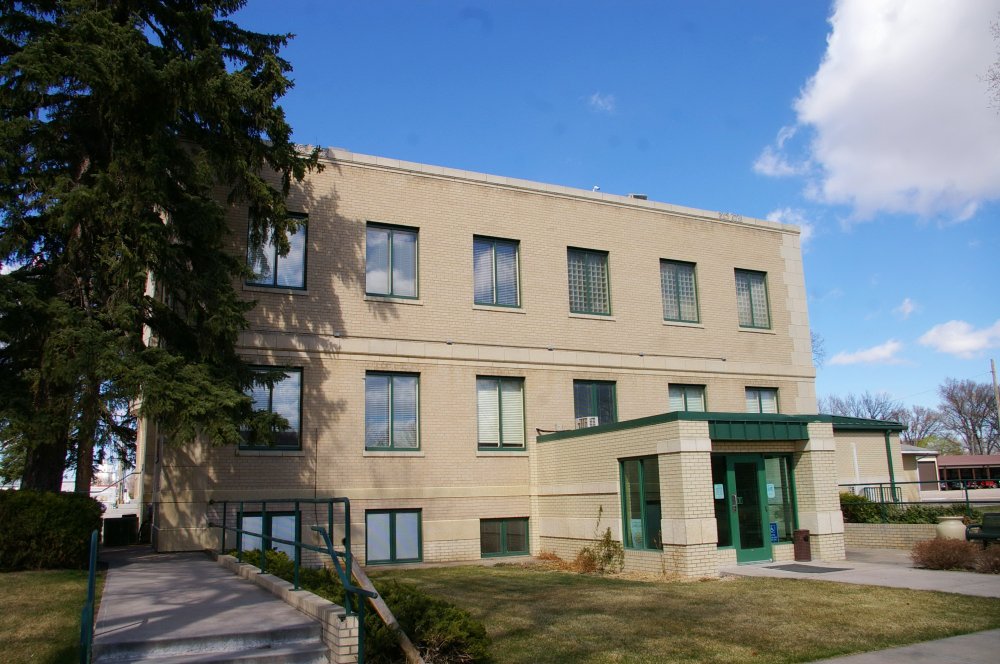 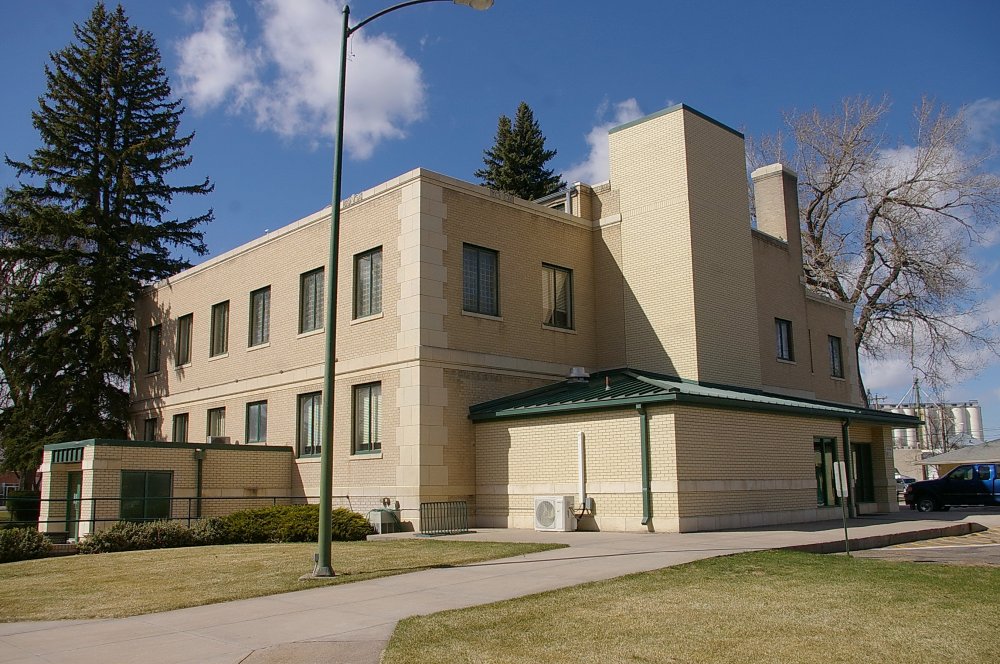 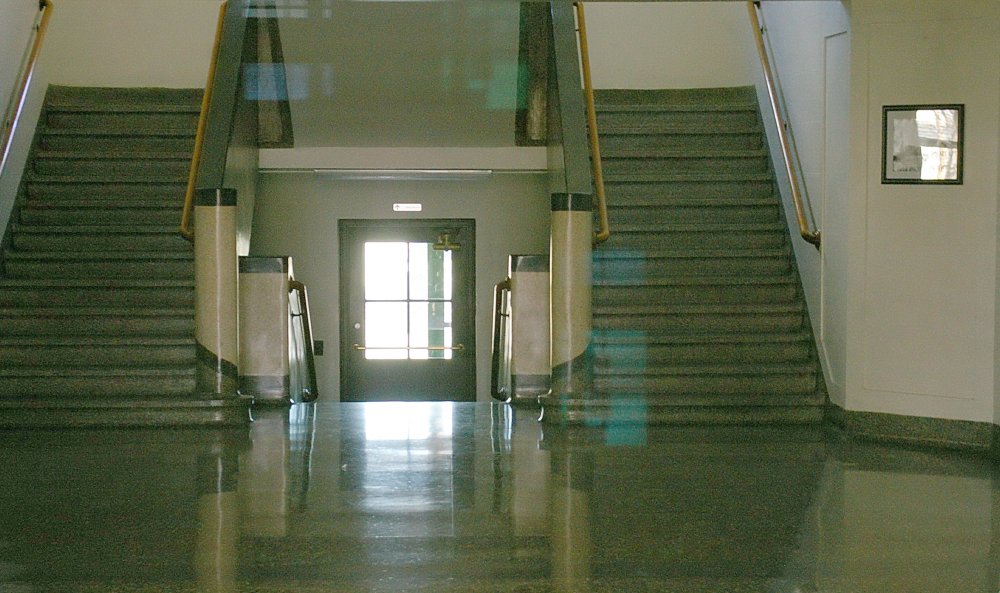 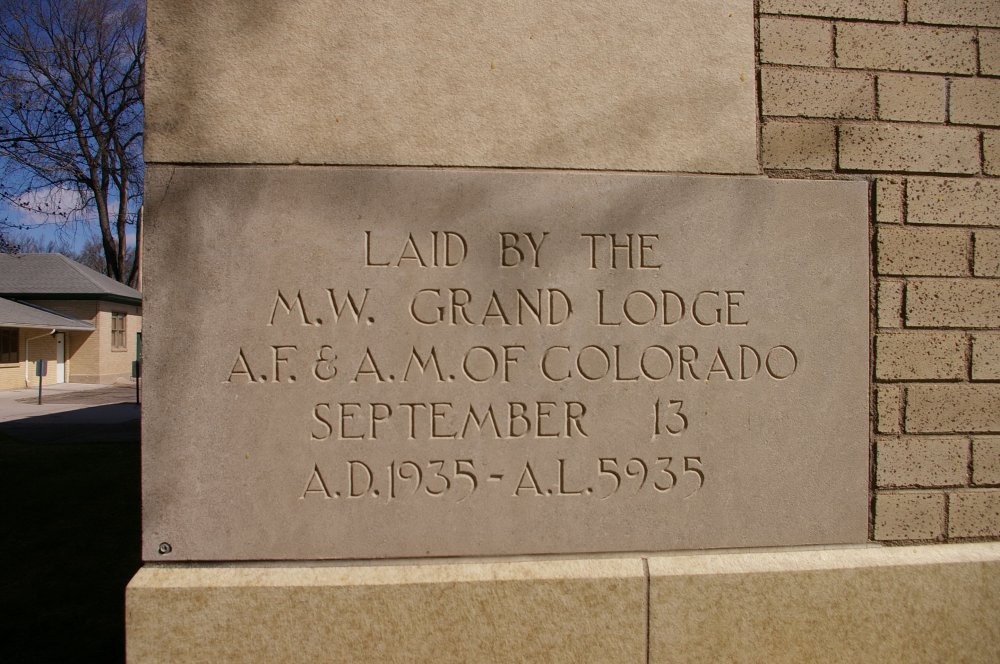 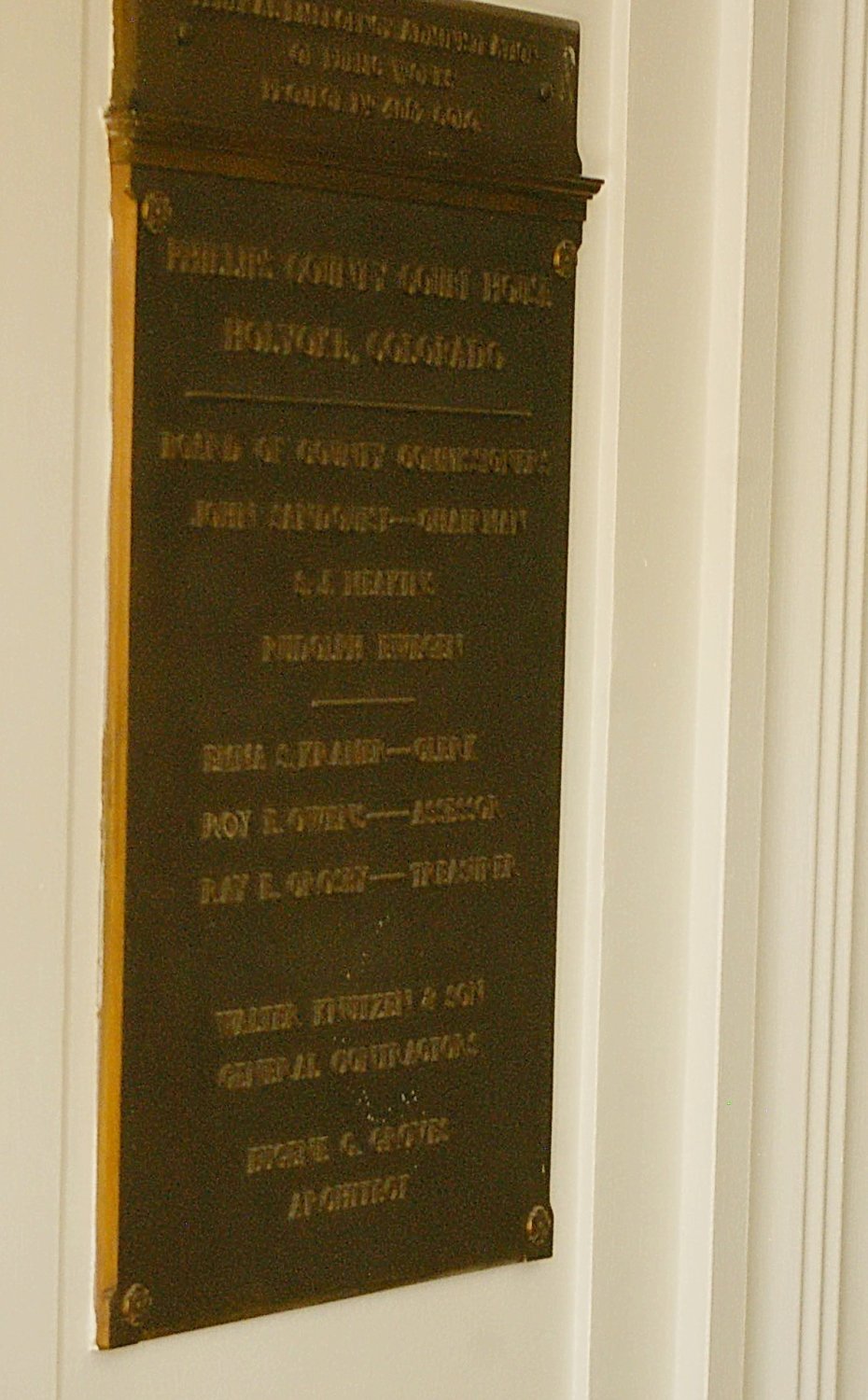