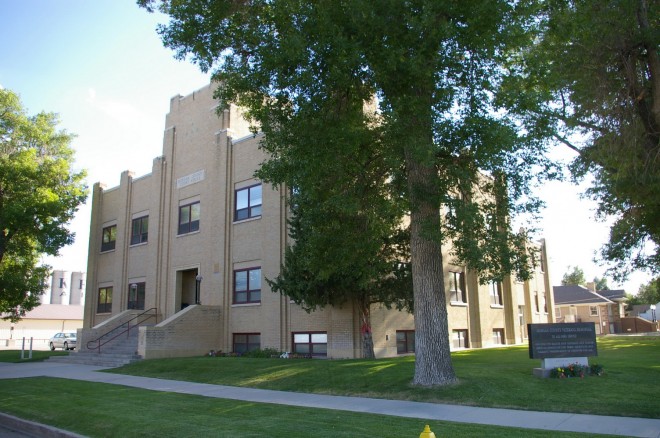 Morgan County is named for Fort Morgan which was located in the area and after which the city is named.

Description: The building faces east and is a two story buff colored brick and concrete structure. At the east front there is a large square extension above the roof line. The roof line is flat. 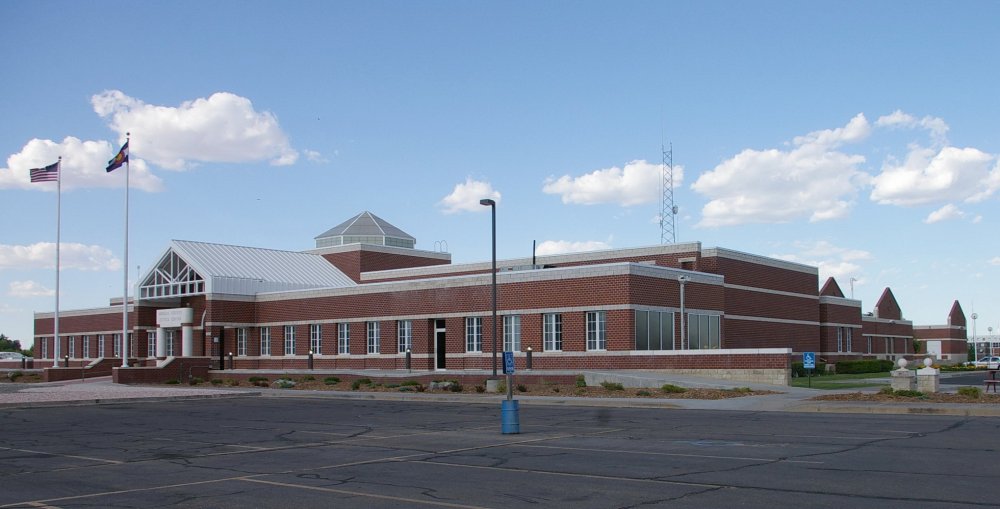 Description: The building faces west and  is a one story dark red colored brick, concrete and glass structure. The west front has a projecting central entrance which rises to a peaked roof which is above the roof line. On the center of the roof is an octagonal dome. A horizontal white colored band runs along the flat roof line. During construction, the project manager was Hamlin Building Consultants of Fort Morgan. 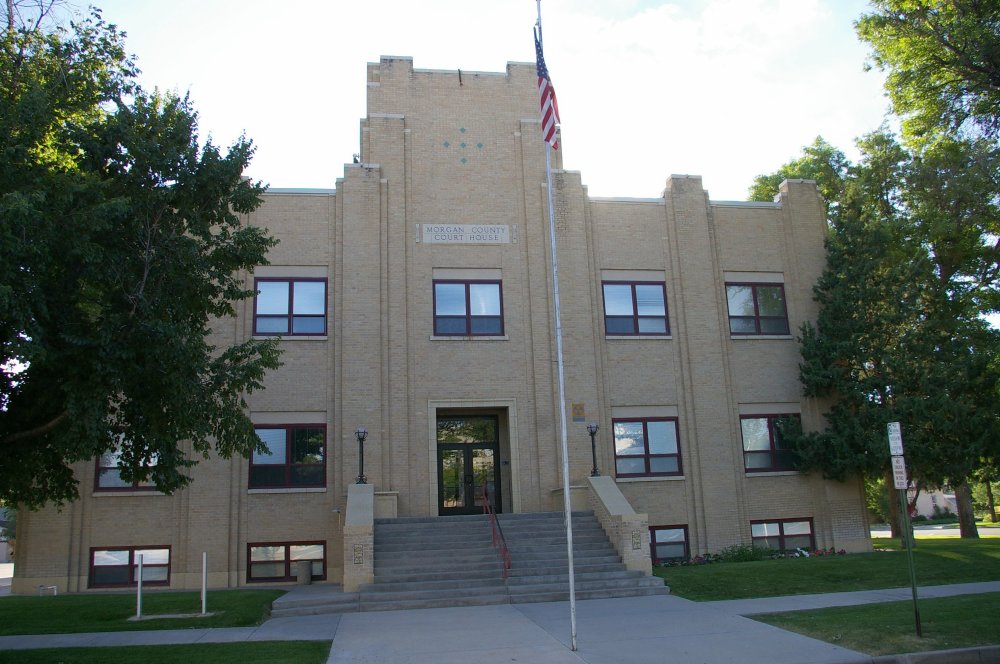 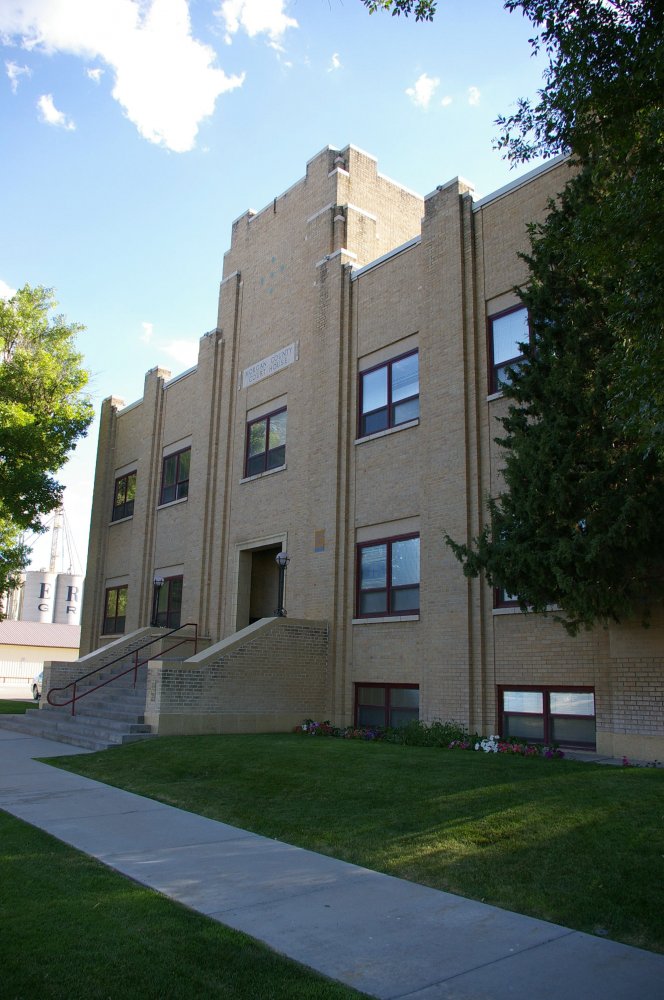 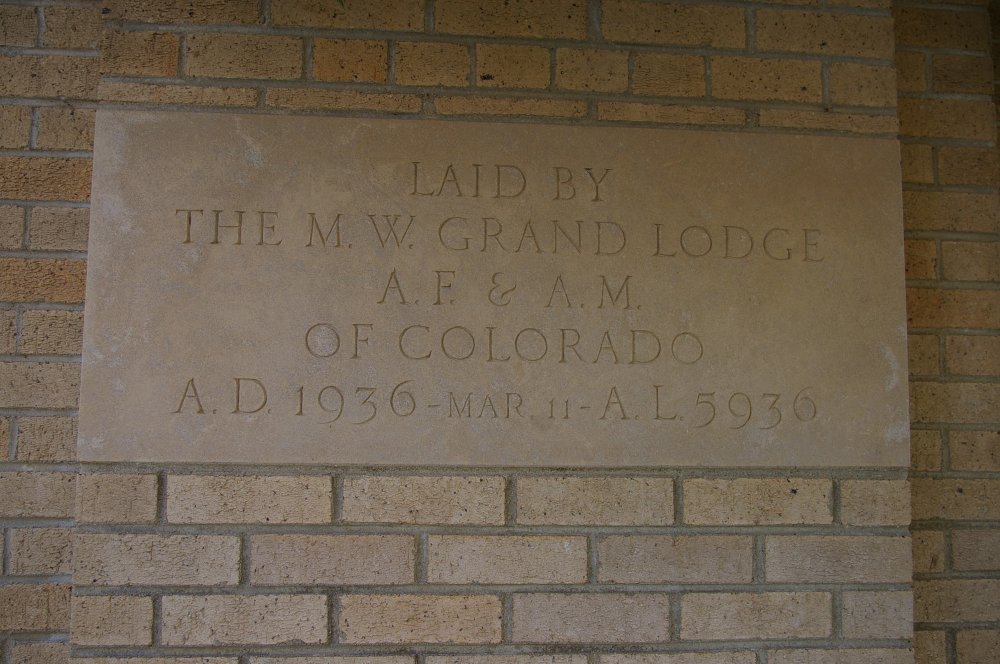 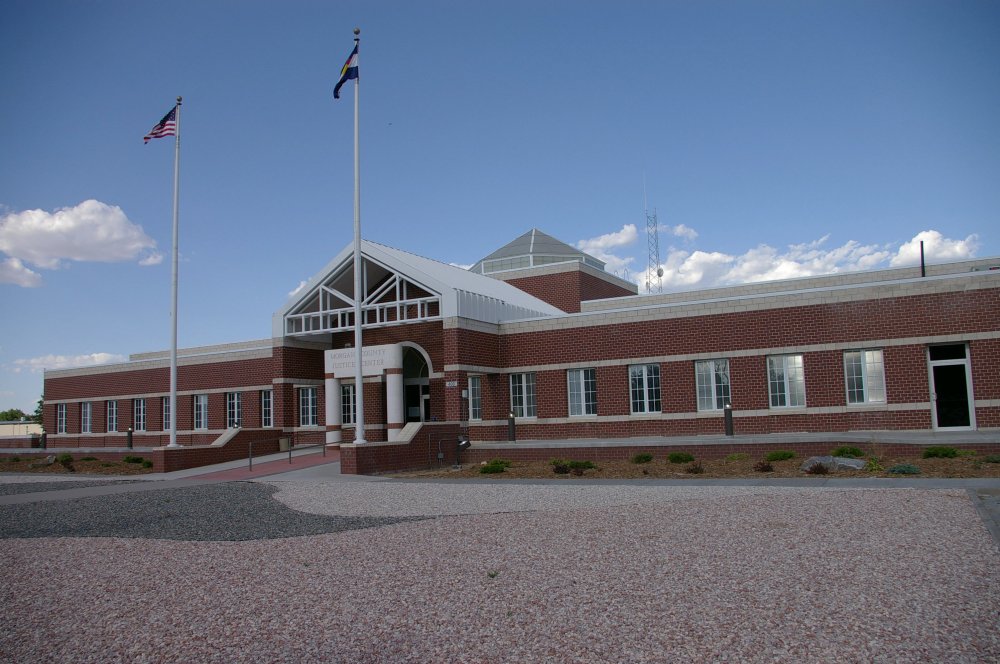 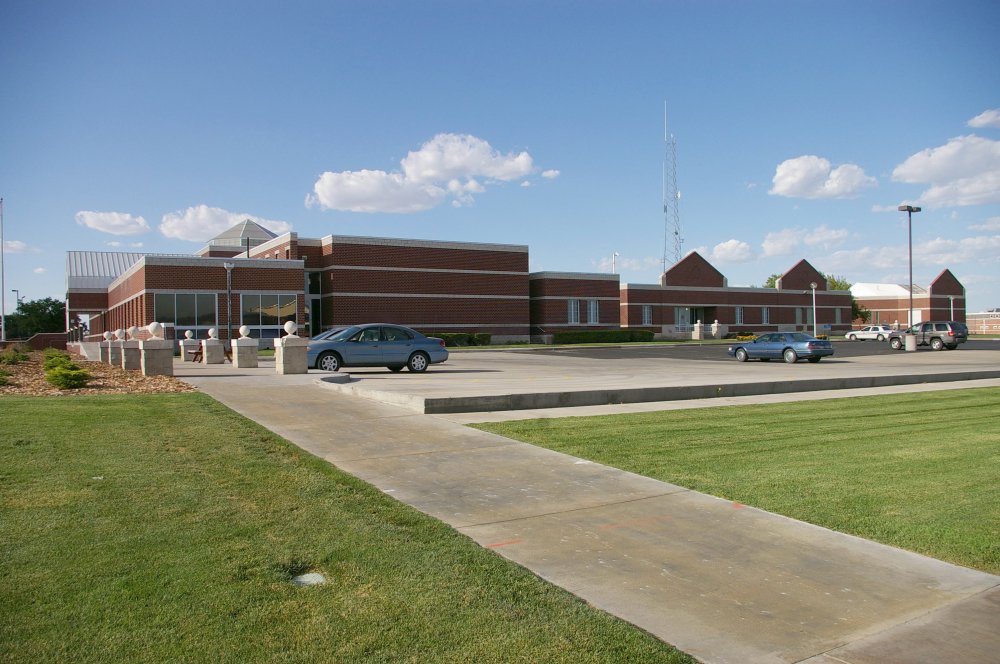 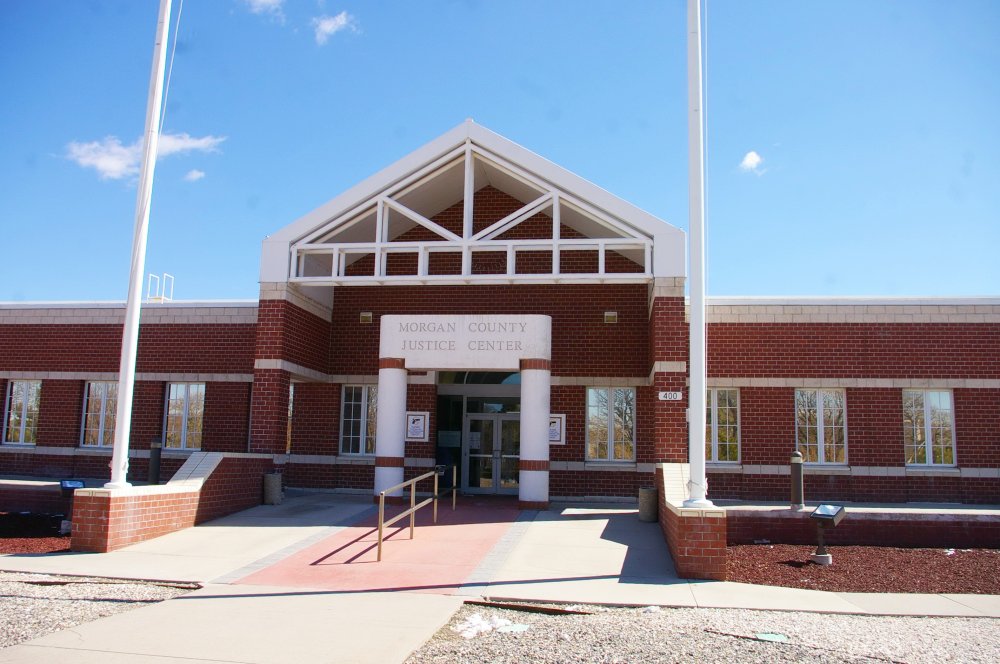 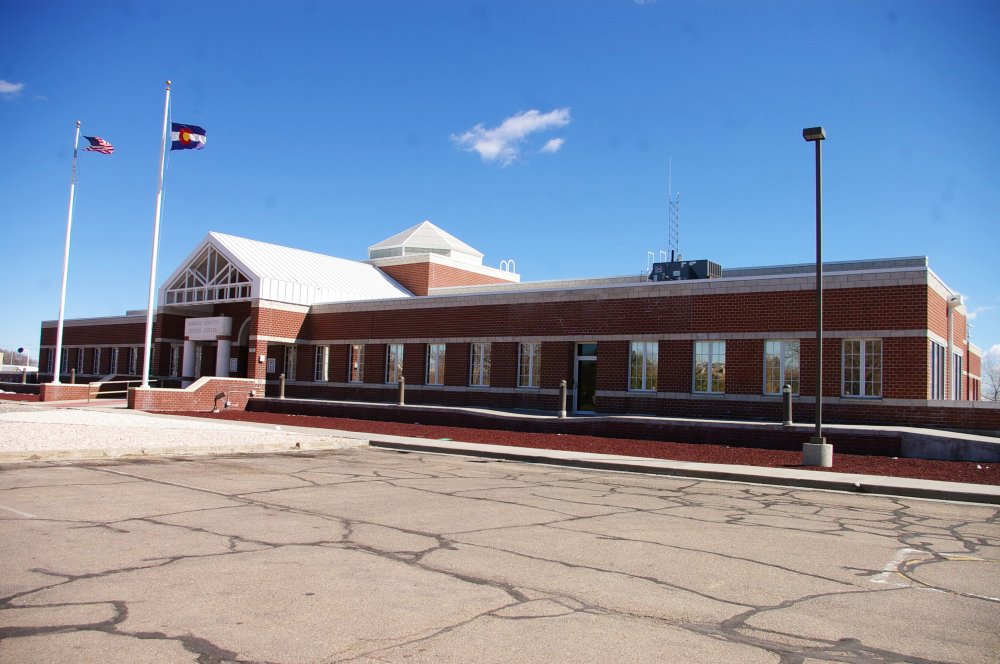 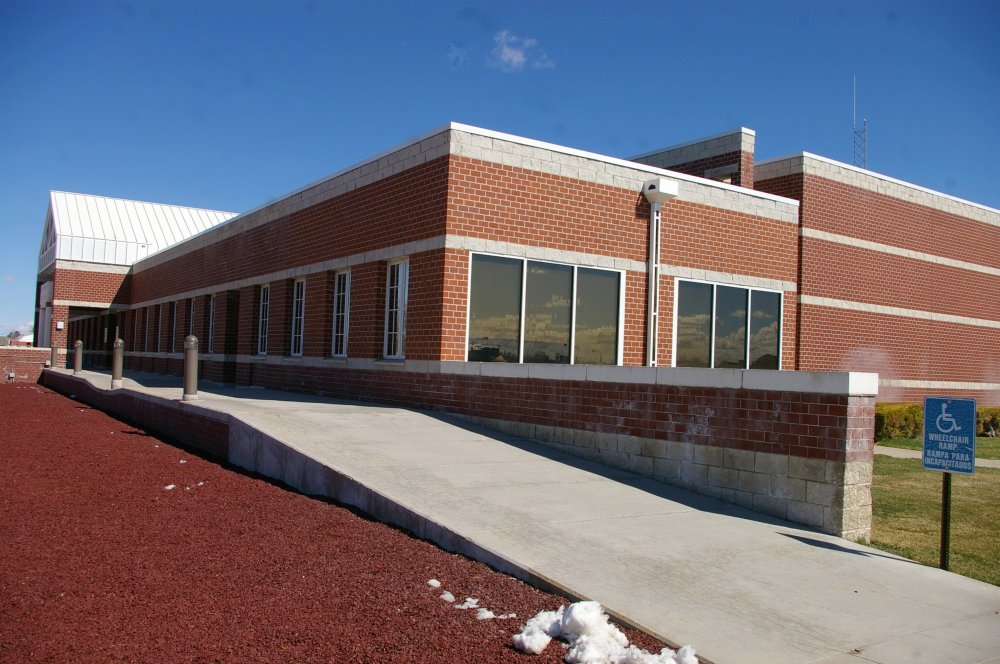