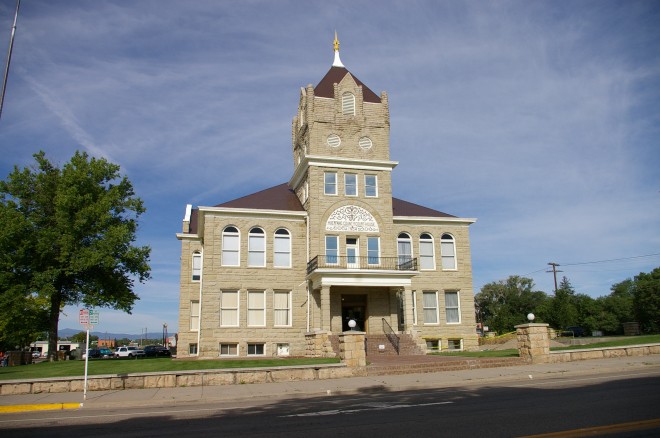 Huerfano County is named for the Huerfano River and the Spanish name means “orphan”. 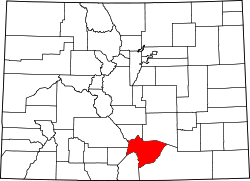 Contractor:  Friedhoff and Hoeffel of Pueblo

Description: The building faces east and  is a two story gray colored stone and concrete structure. The building is located on landscaped grounds in the center of Walsenburg. The building is a “T” shape with a raised basement. There is a large square tower on the east front with a steep black colored pyramidal roof. On the east front is a portico supported by two stone columns and on top of the portico is a balcony. Above is an ornamented semi-circle On the second story there are arched windows. The building houses the District Court and County Court of the 3rd Judicial District. On the west side is the two story stone County Jail.

Note:  In 1861, Huerfano County was one of the 17 original counties 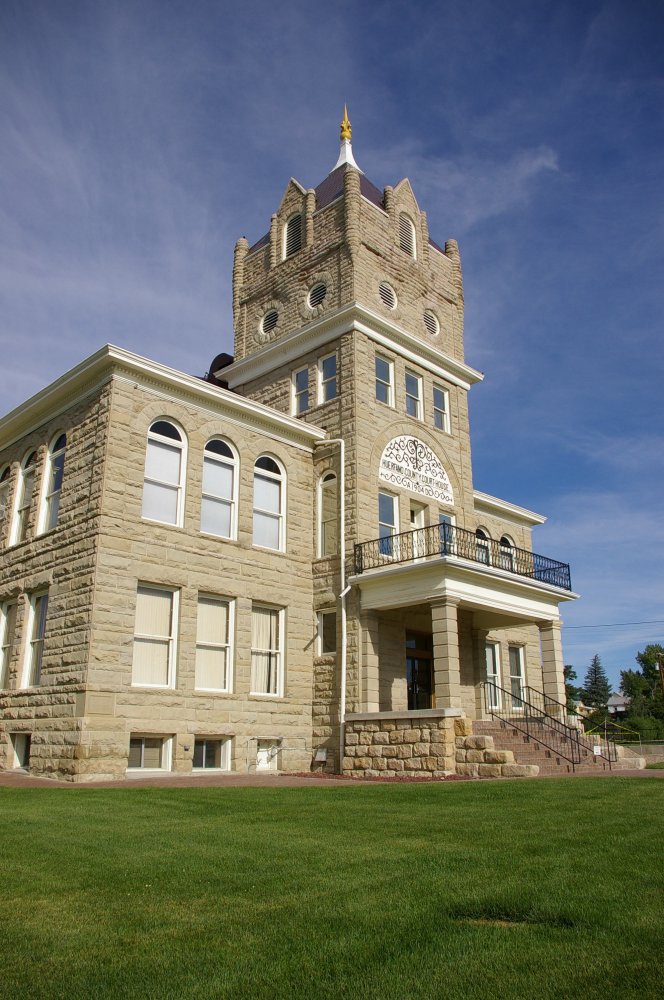 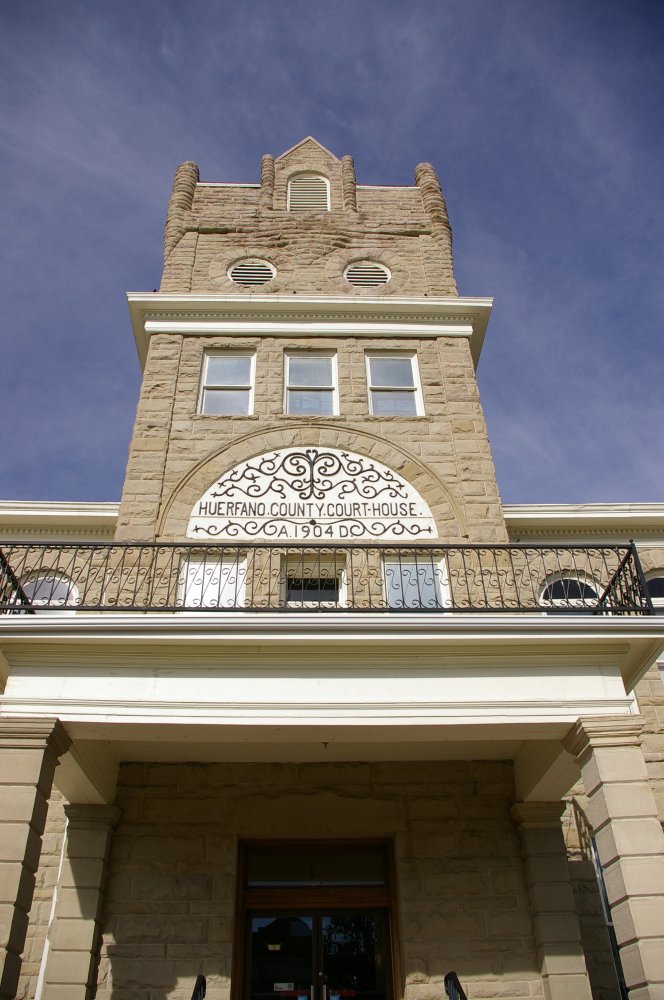 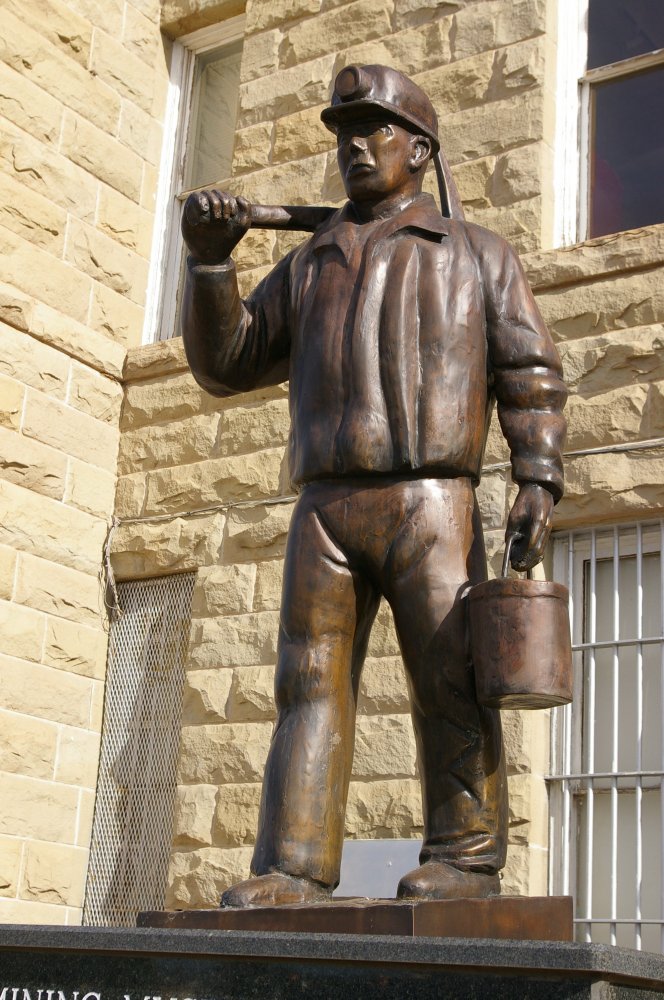 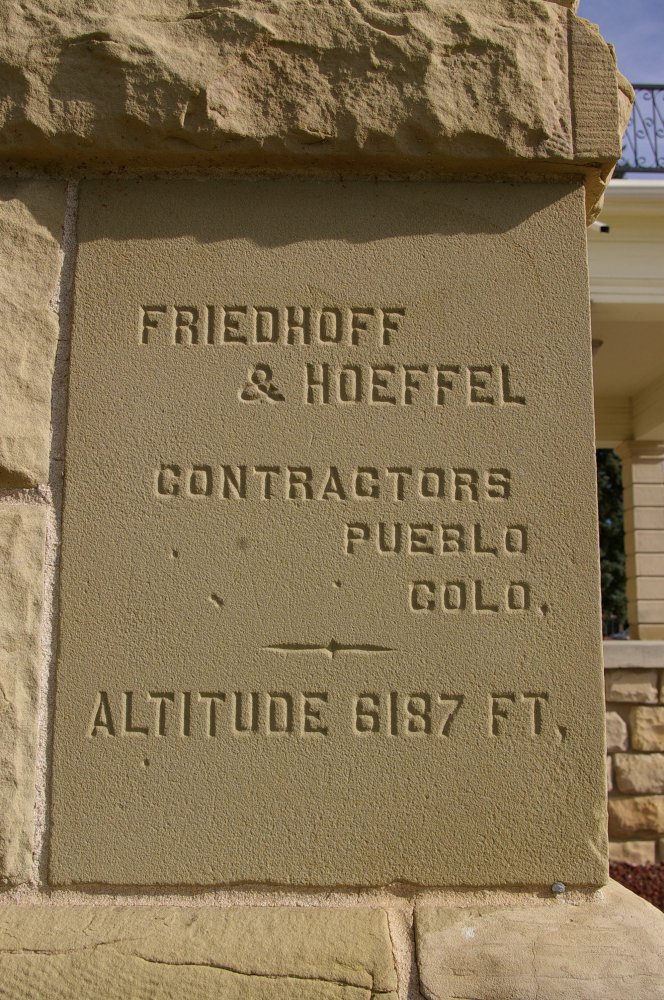