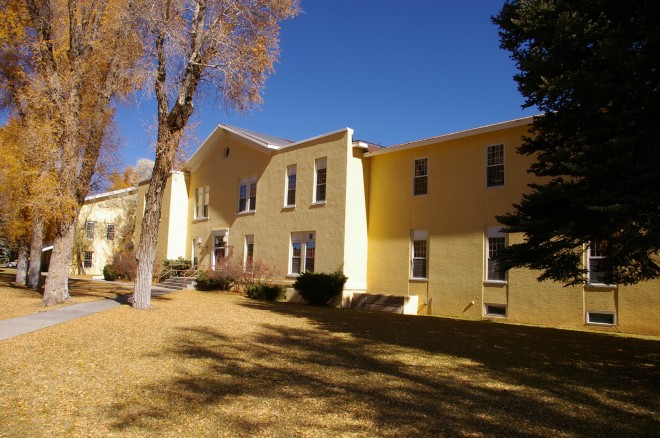 Gunnison County is named for John W Gunnison, who was a United States Army officer and Captain of the Army Topographical Engineers who surveyed for the    transcontinental railroad in 1853. 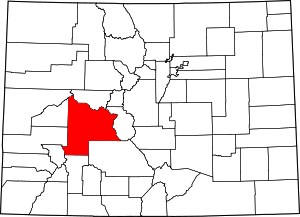 Description:  The building faced west and was a two story yellow colored stuccoed brick structure. The building was located on landscaped grounds in the center of Gunnison. The center section with hipped roof was built first. The bricks came from the Harland Brothers brick yard that was located south of the city. The brick has since been covered with stucco. North and south wings were added and the original structure formed the central nucleus of the courthouse complex. Several added wings and a series of remodeling efforts significantly altered the appearance of the structure.The building was demolished in 2014 except for the center section.

Note:  The masonry was awarded to James Greer and the carpentry awarded to Schuler & Shea.and when they defaulted the contract was relet on September 12, 1881 to N J Fine for $4,000.

Description:  The building faces west and is a two story brick, glass and concrete structure. The building is located on landscaped grounds in the center of Gunnison. The center section is the remaining original red colored brick building built in 1881. The rectangular shaped building has a framed stone entrance on the west side. Curved glass walls connect the north and south sections. The roofs are hipped. The building houses the District Court and County Court of the 7th Judicial District. 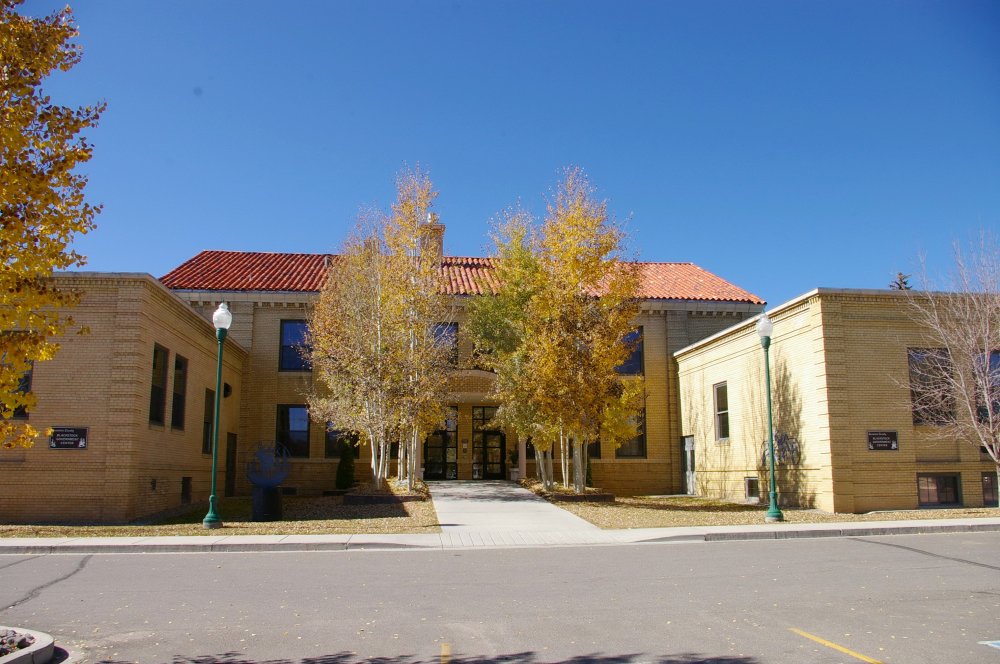 Description:  The building faces east and is a two story buff colored brick and concrete structure. The building was constructed as the Blackstock Elementary School and converted in 1997 for use as county offices. The main building has a central entrance on the east side with low north and south wings with flat roof lines and which extend to the street line. The roof is red colored tile. 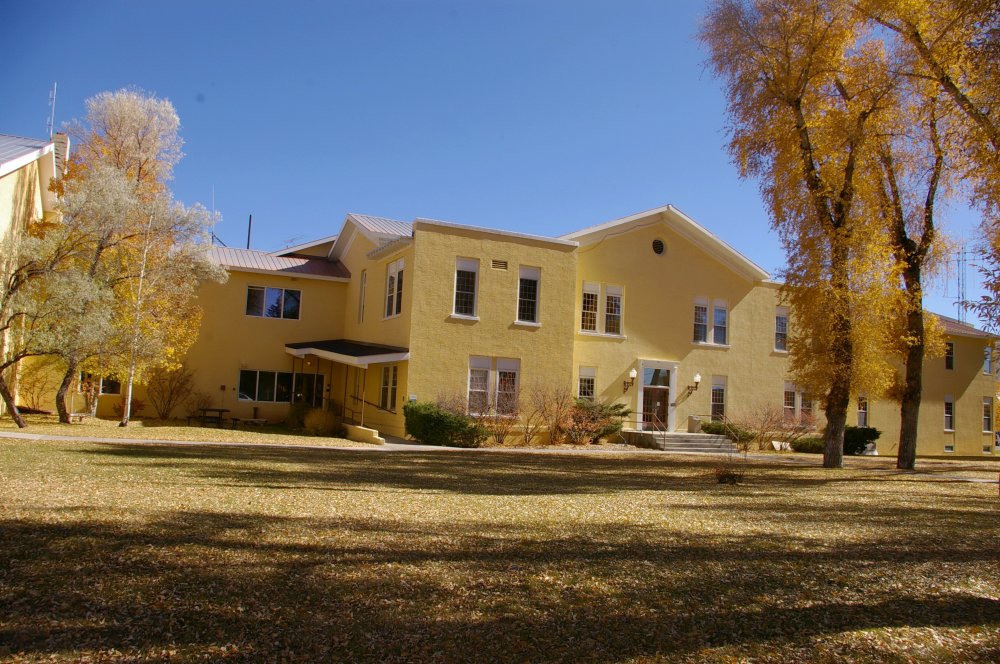 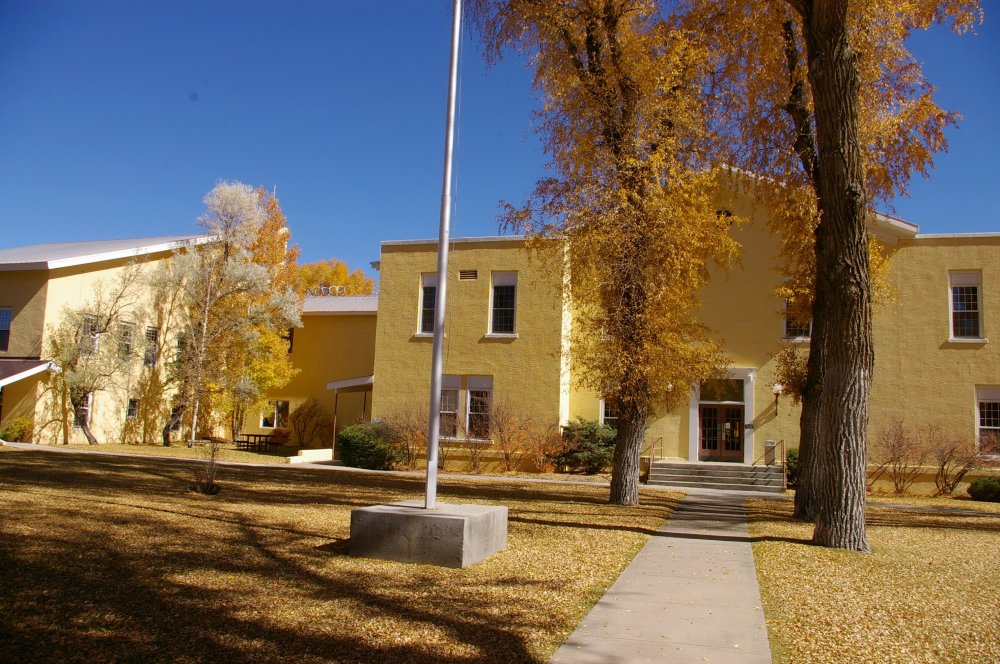 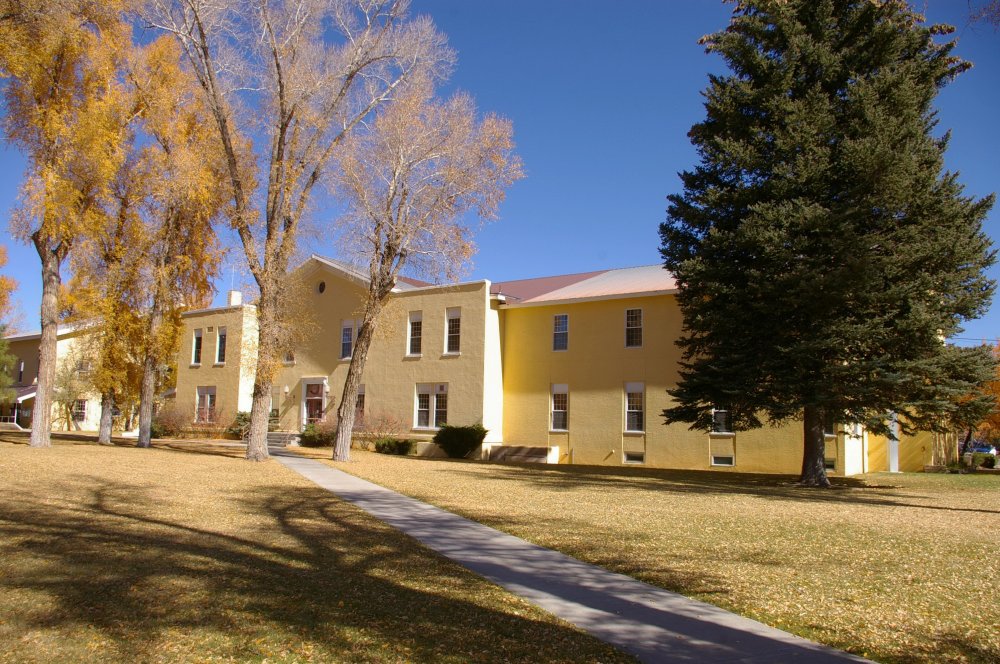 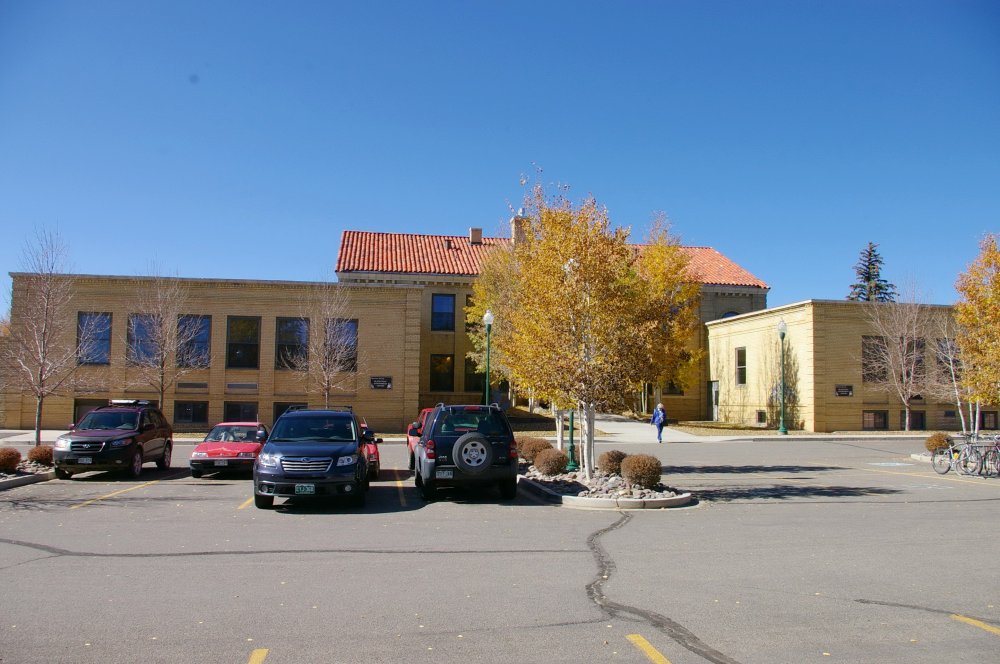 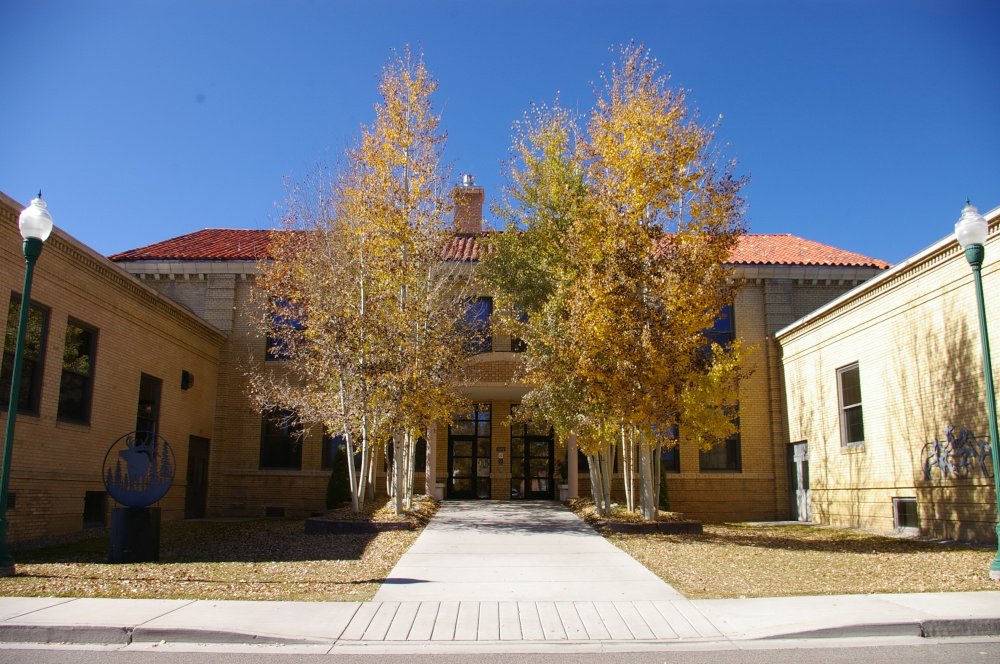 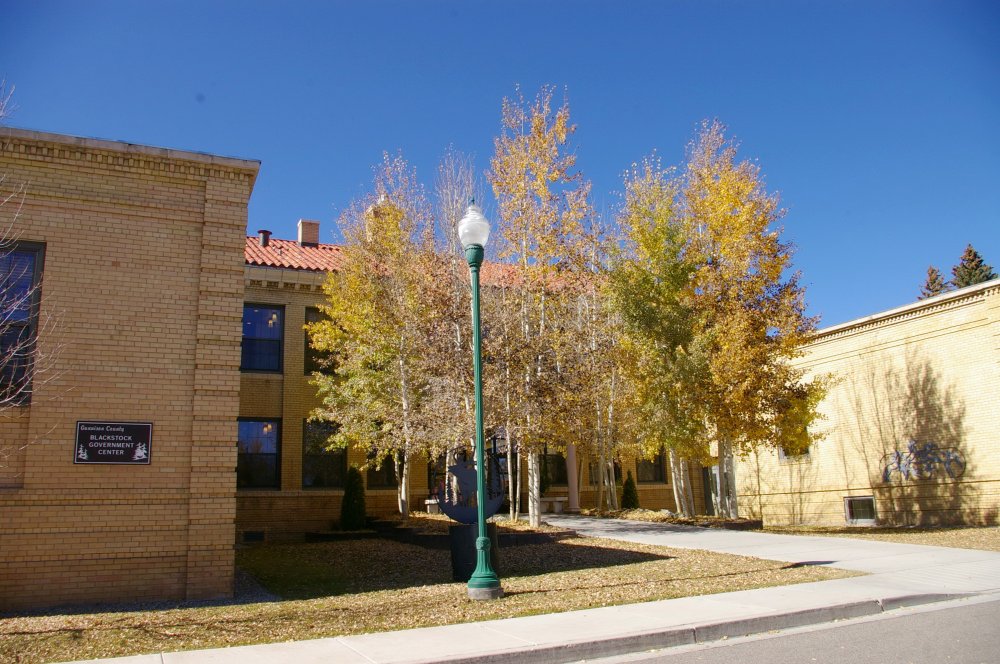 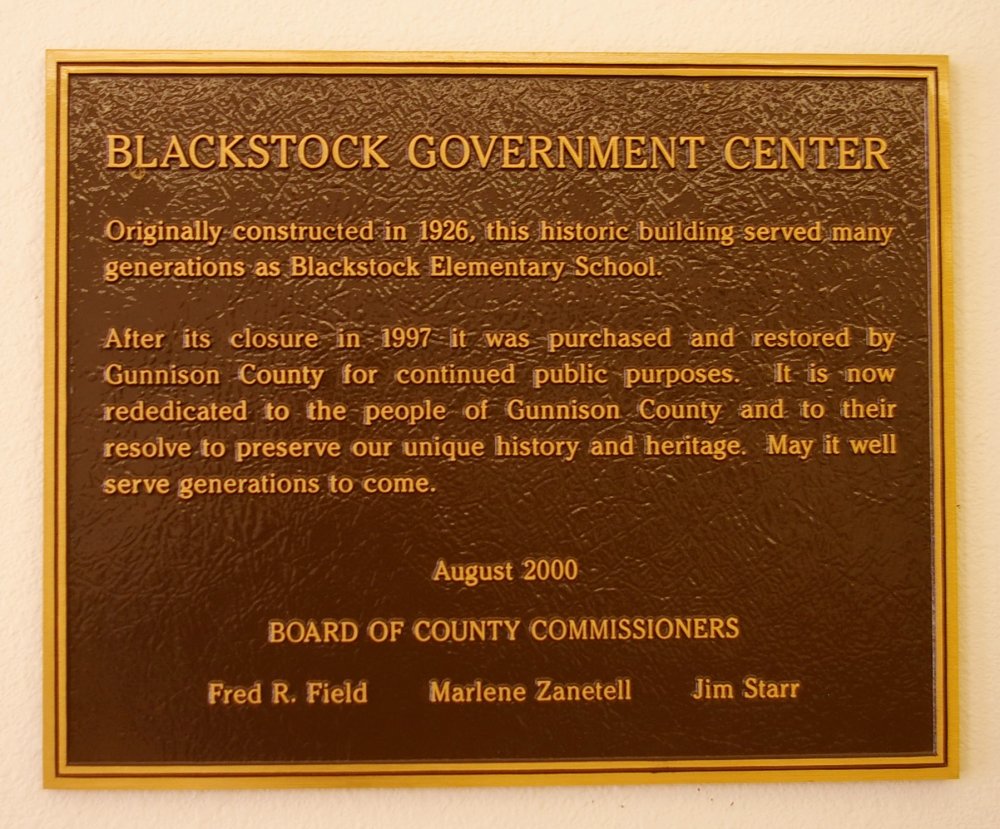