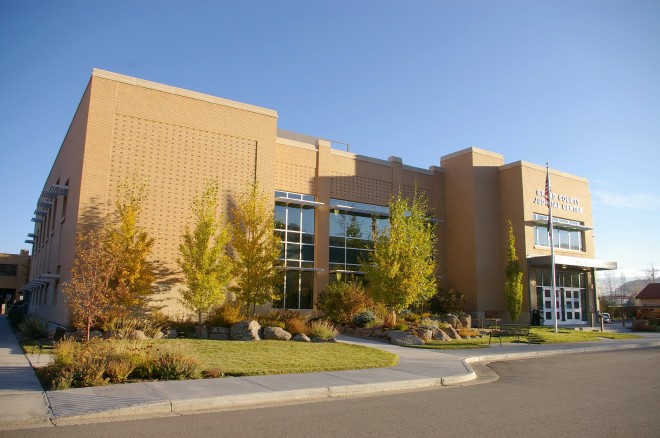 Grand County is named for the Grand River which originates in the county and the river was renamed as the Colorado River in 1921. 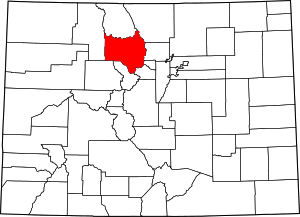 Description: The building faces south and  is a two story buff colored brick and glass structure. The building is located on landscaped grounds in the center of Hot Sulphur Springs. The entrance is at the southeast corner with canopy. The recessed center section has large glass windows. The roof line is flat. The building houses the District Court and County Court of the 14th Judicial District. 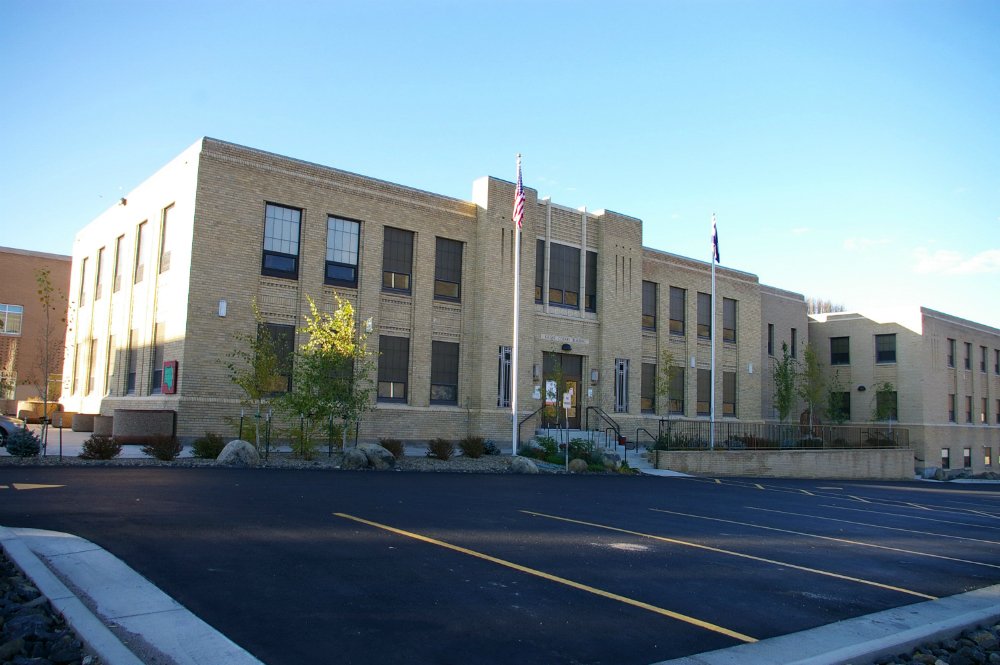 Description: The building faces north and is a two story buff colored brick and concrete structure. The central entrance on the north front has a square brick projection on either side. An addition was built on the west side in 1969 to 1970. The architect was Robert K Fuller and the contractor was Beckel Construction Company. The buildings were remodeled in 2008 to 2009. The architect was Alan Carter and the contractor was Big Valley Construction.

Note:  The first courthouse was built in 1891. The one story log structure is located at the Pioneer Village at Buyers Avenue and 1st Street. 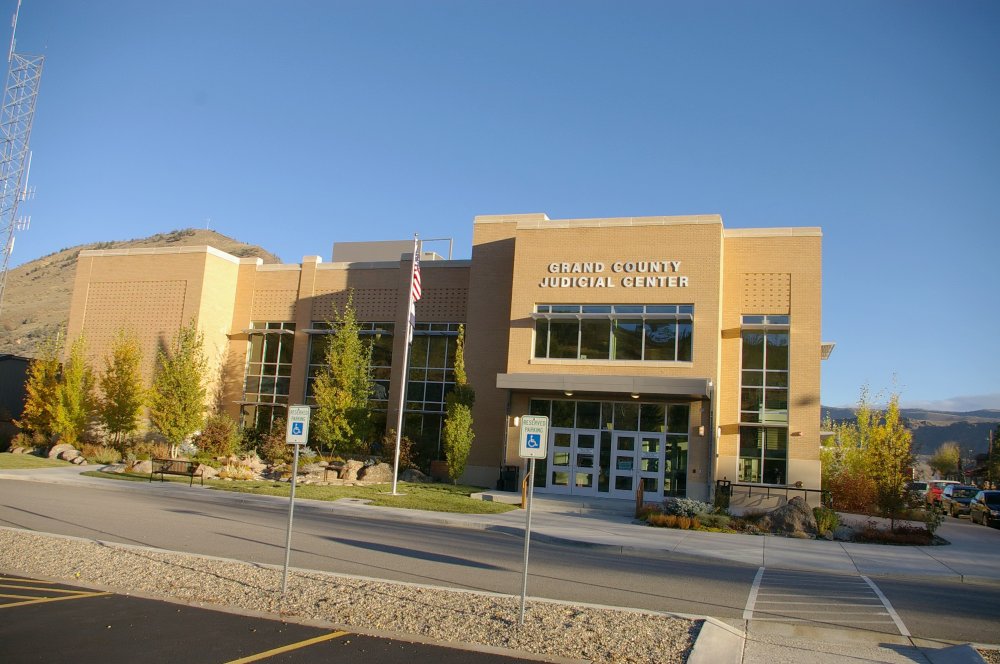 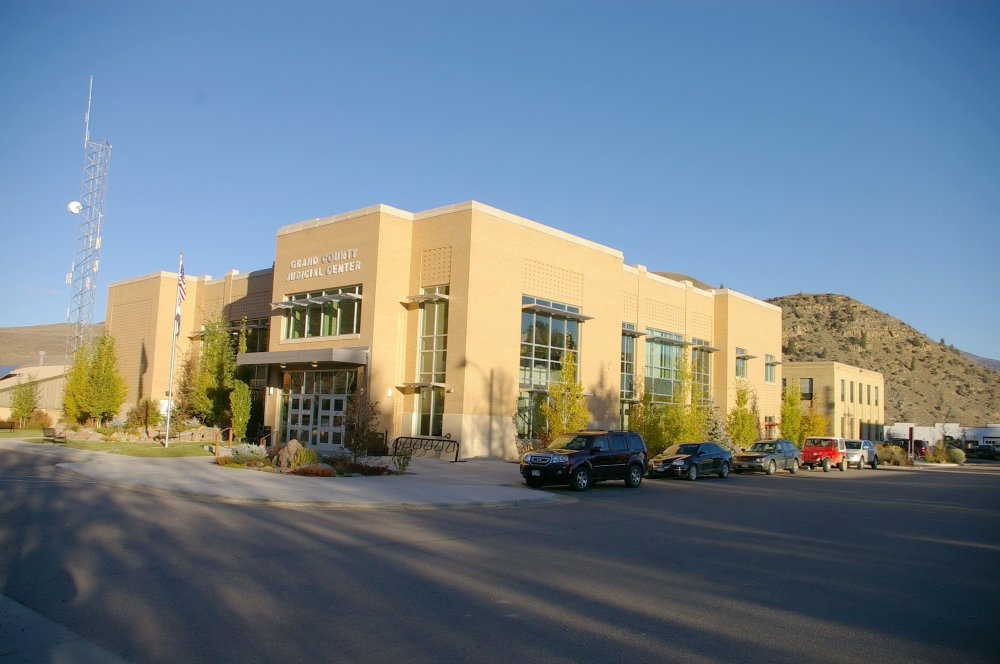 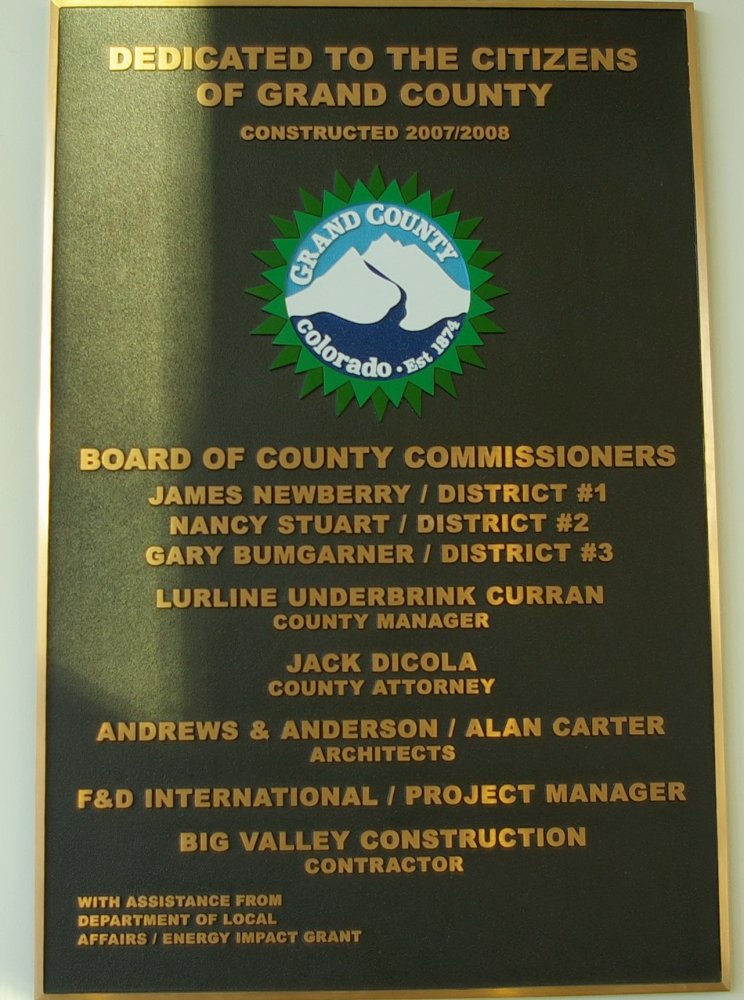 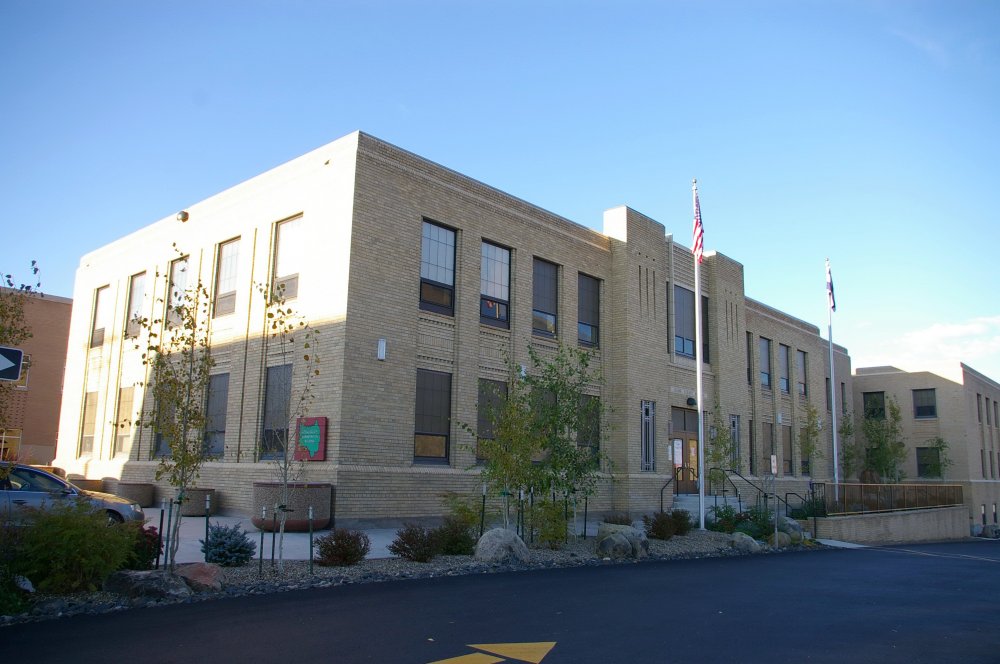 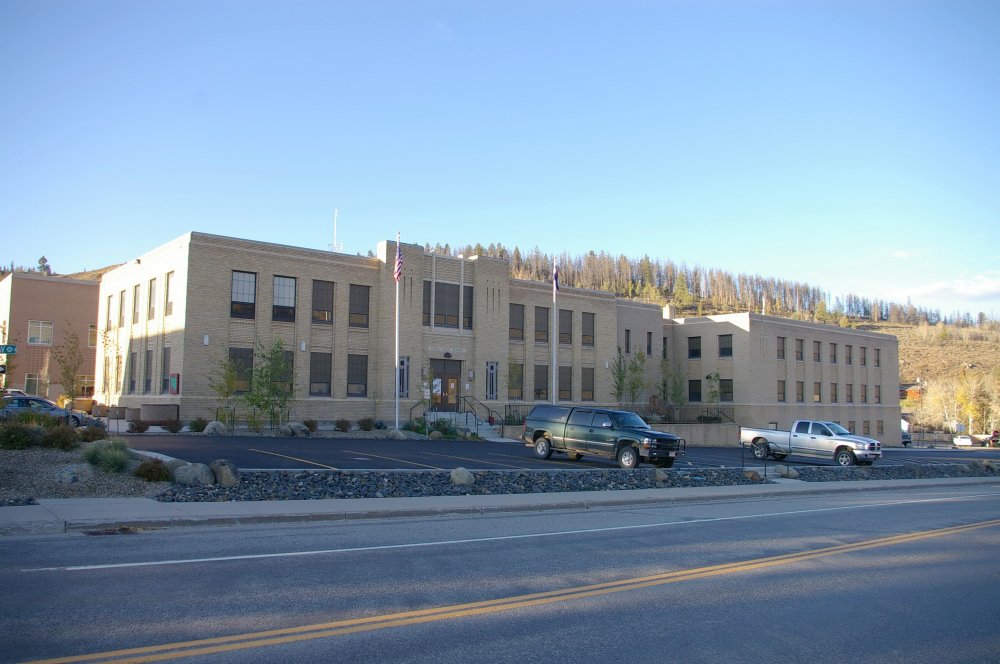 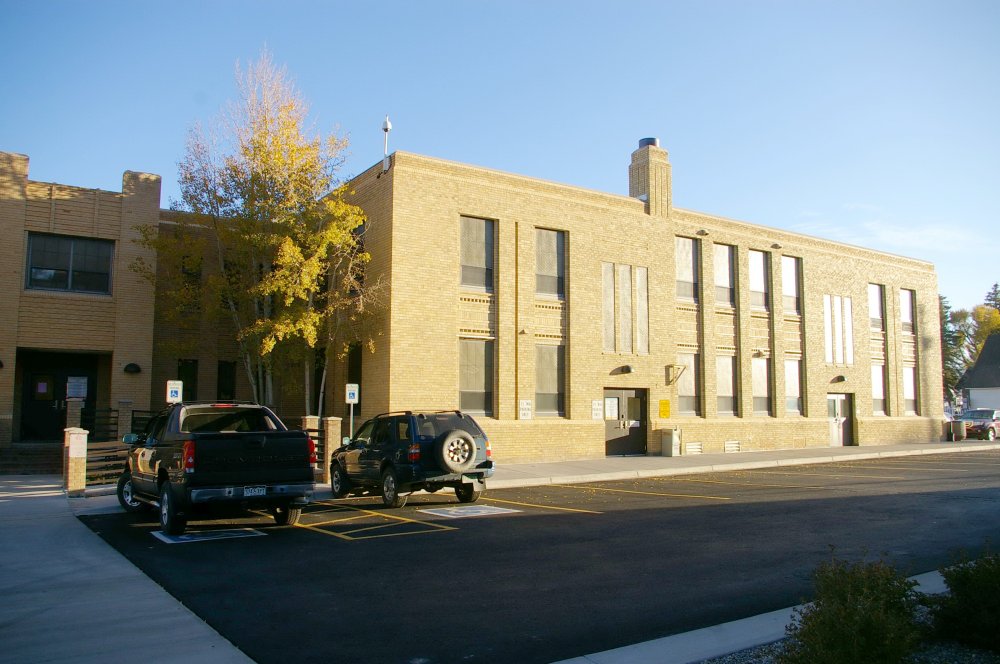 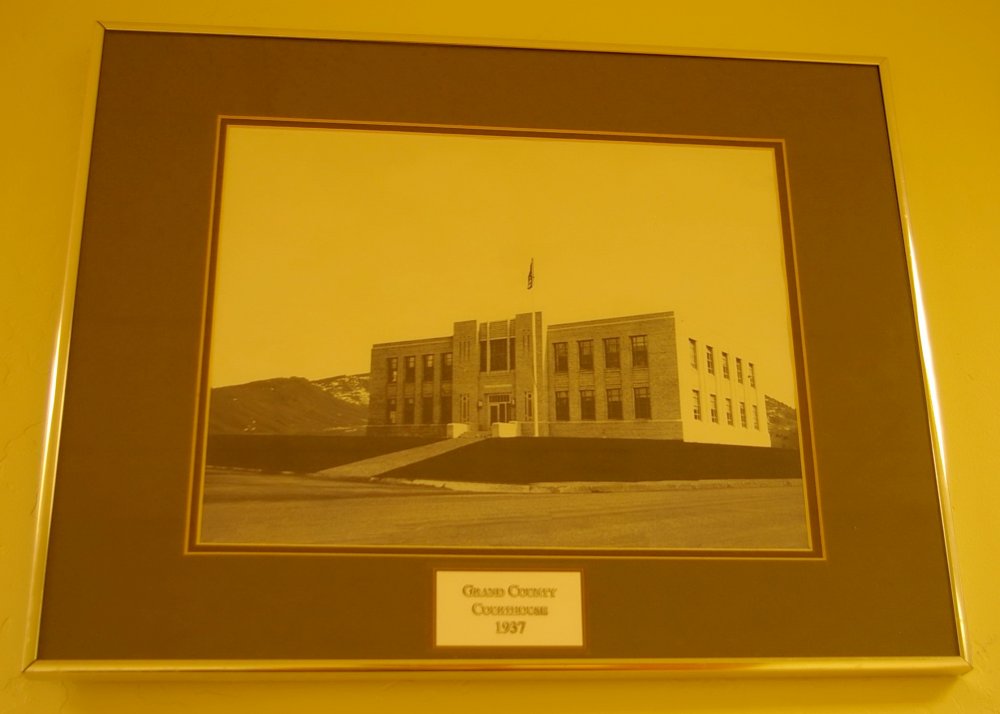 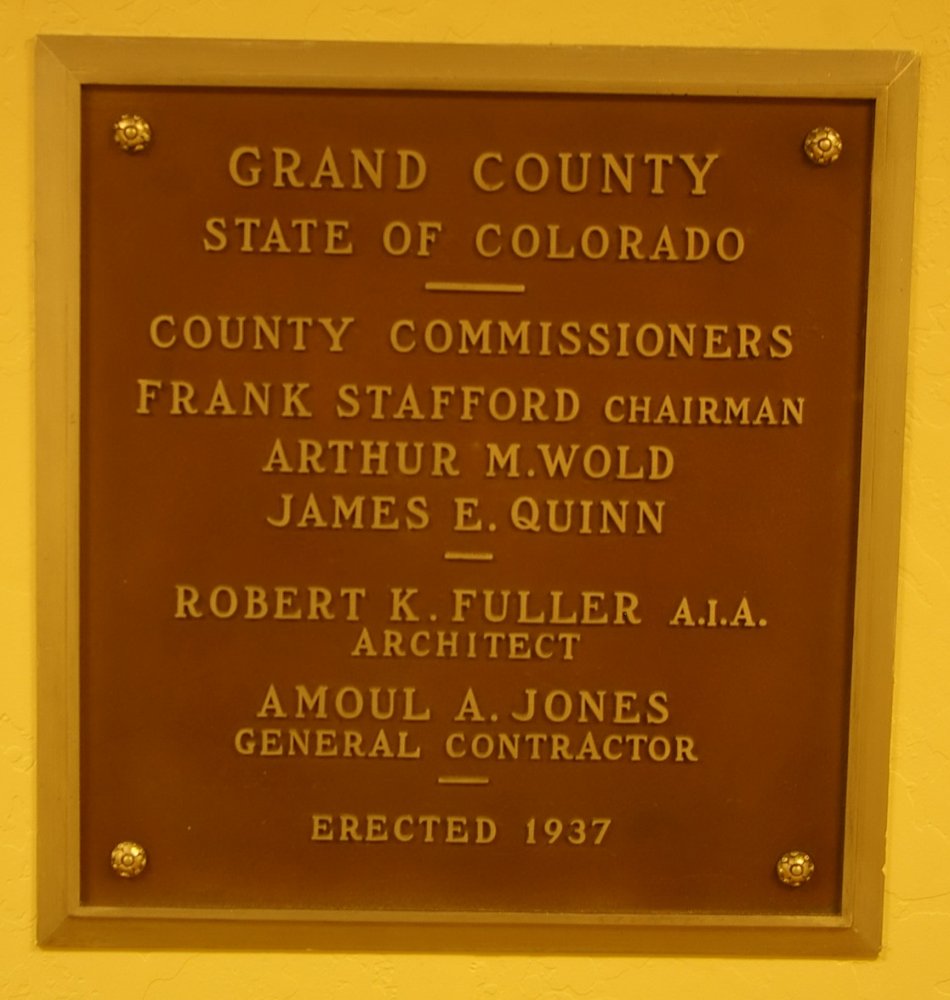