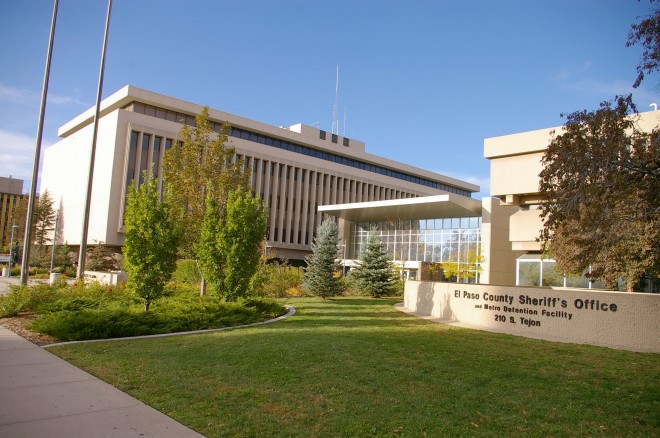 El Paso County is named for the Ute Pass which is “el paso” in Spanish meaning “the pass”. 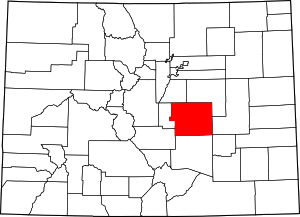 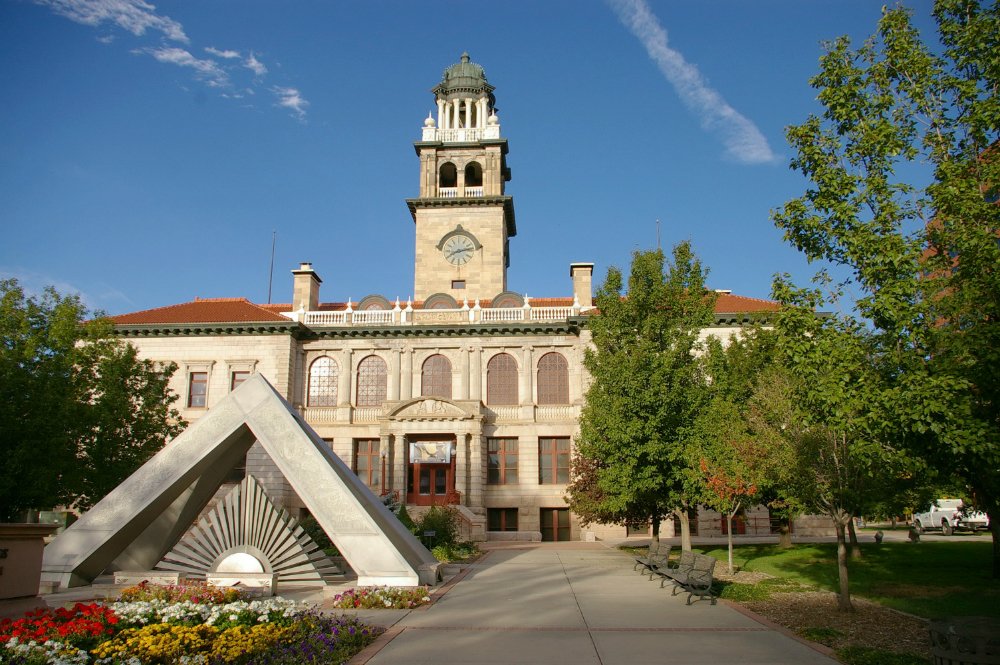 Description: The building faces east and is a three story stone and concrete structure. The rectangular shaped building is located on the landscaped grounds of the Courthouse Square in the center of Colorado Springs. The building has a raised basement of gray colored granite blocks. The north and south entrances are of Doric design. The second story windows are arched with the keystone of each window having a carving of an Indian head representing one of the Indian tribes of the region. In the center of the building is a high square clock tower with four-faced clock and a white colored cupola at the top. In the interior, the building contains marble and bronze. The roof has red colored Spanish titles. In the interior are ornate staircases. The building now houses the Pioneer Museum. 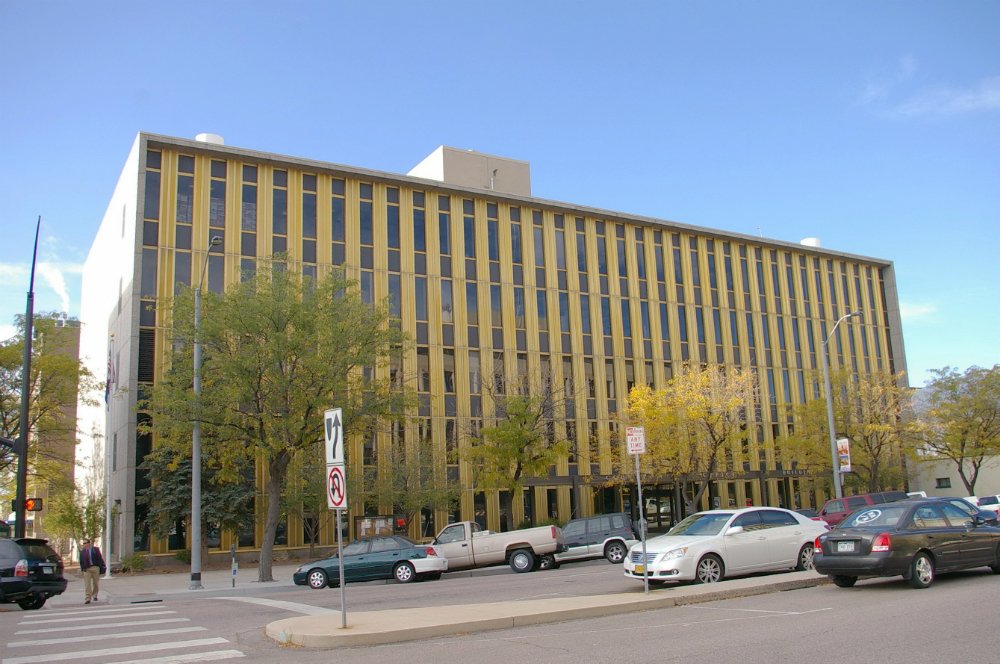 Description: The building faces north and is a five story concrete and aluminum structure. The building was the courthouse until the new courthouse to the north was constructed in 2002 to 2006..The rectangular shaped building is located in the center of Colorado Springs. The main entrance is located at the center of the north front. Vertical dividers separate the windows on the north and south sides. The east and west sides have few windows. The roof line is flat. 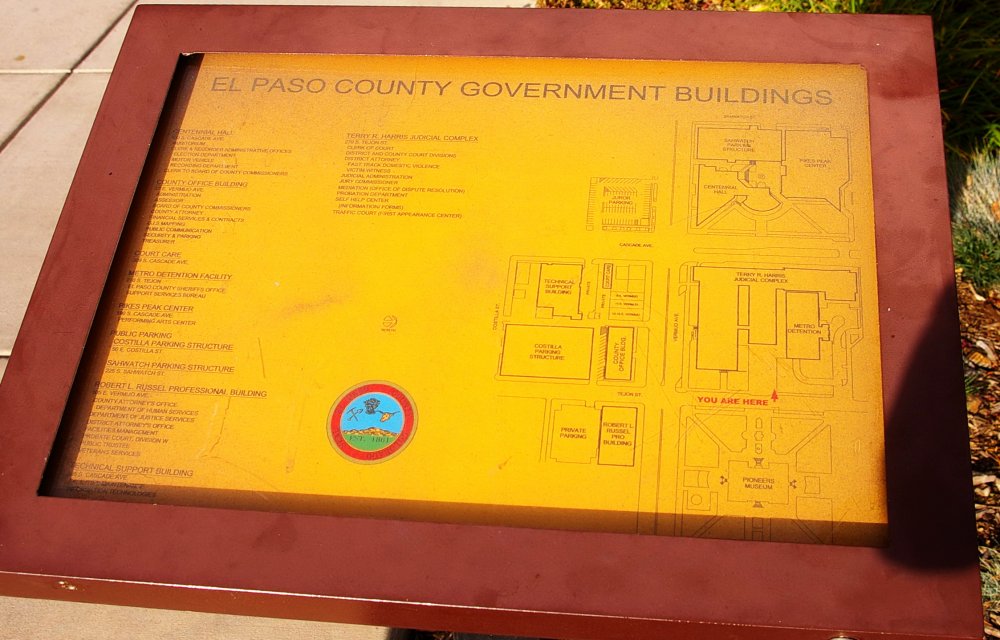 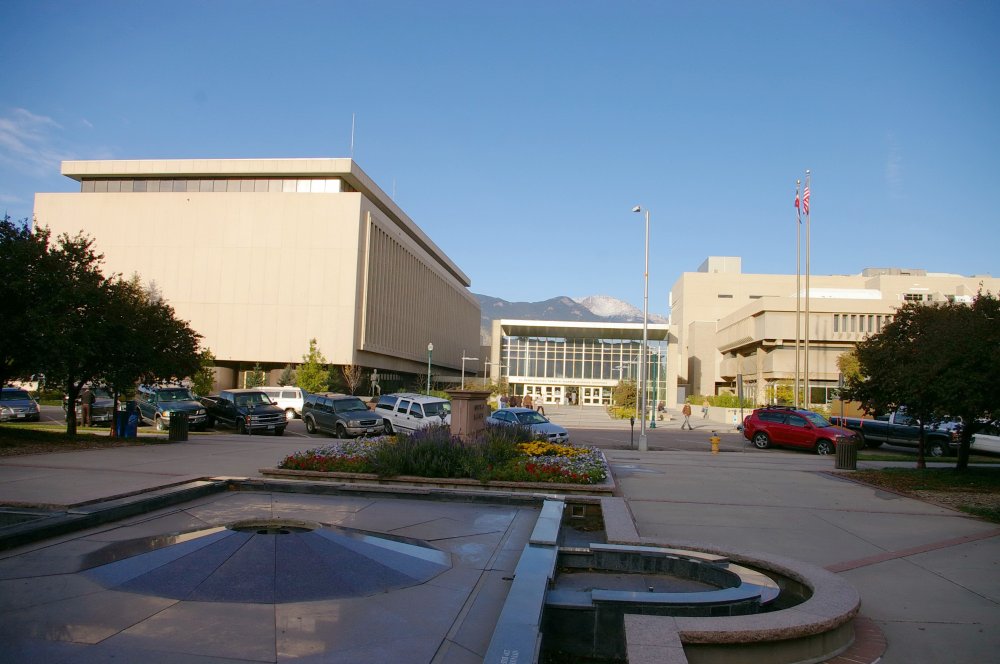 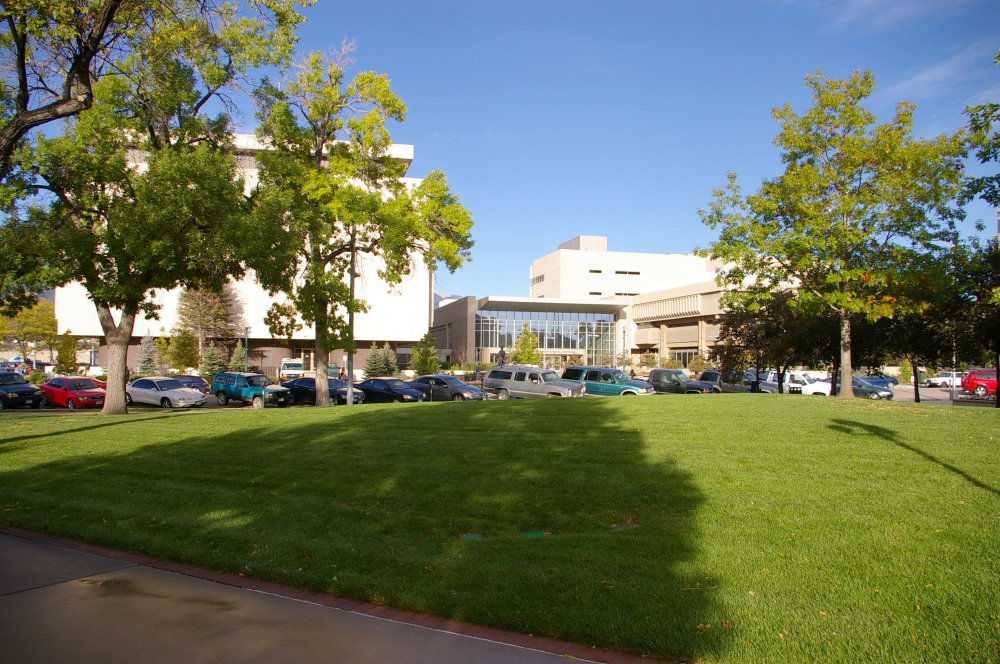 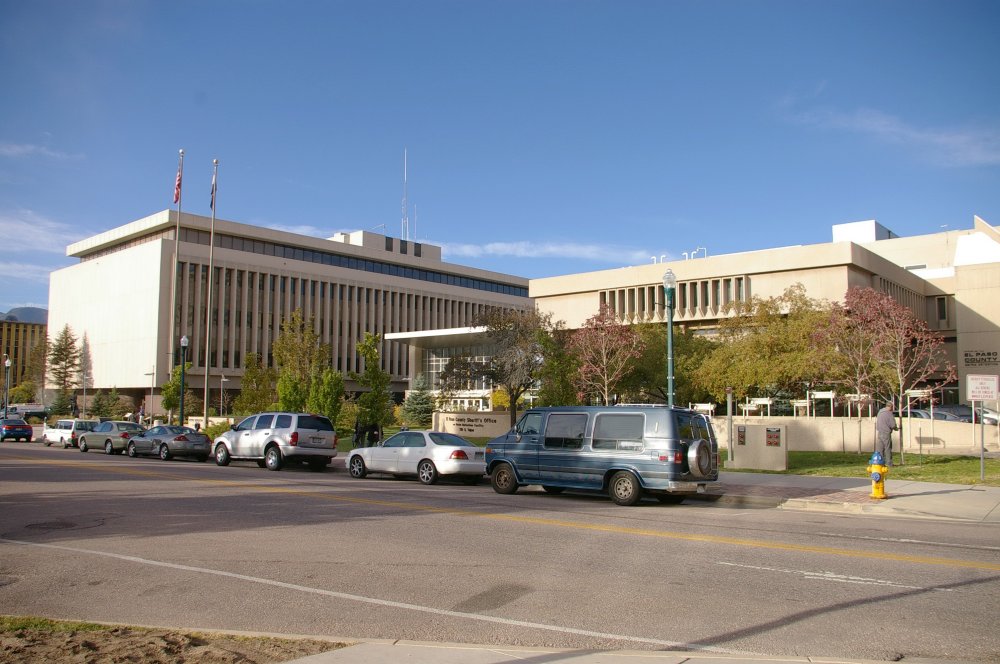