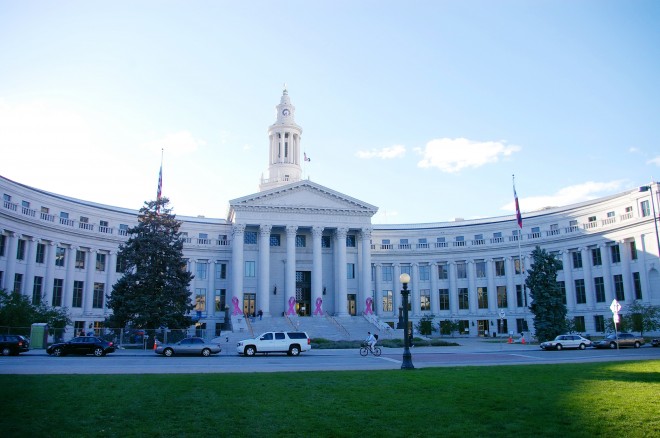 Denver County is named for General James W Denver, who was a Territorial Governor of Kansas Territory.

Description: The building faces east and is a four story stone and concrete structure. The east front has six high columns rising to a pediment at the roof line. The building forms a crescent shape. On the center of the roof is a bell tower. The building was remodeled in 1965.

Note:  The previous courthouse was designed by Frederick Carl Eberly and constructed by Lester Filler and Peter Gumry in 1883. The building was enlarged in 1893. The architect was Frank Anderson. 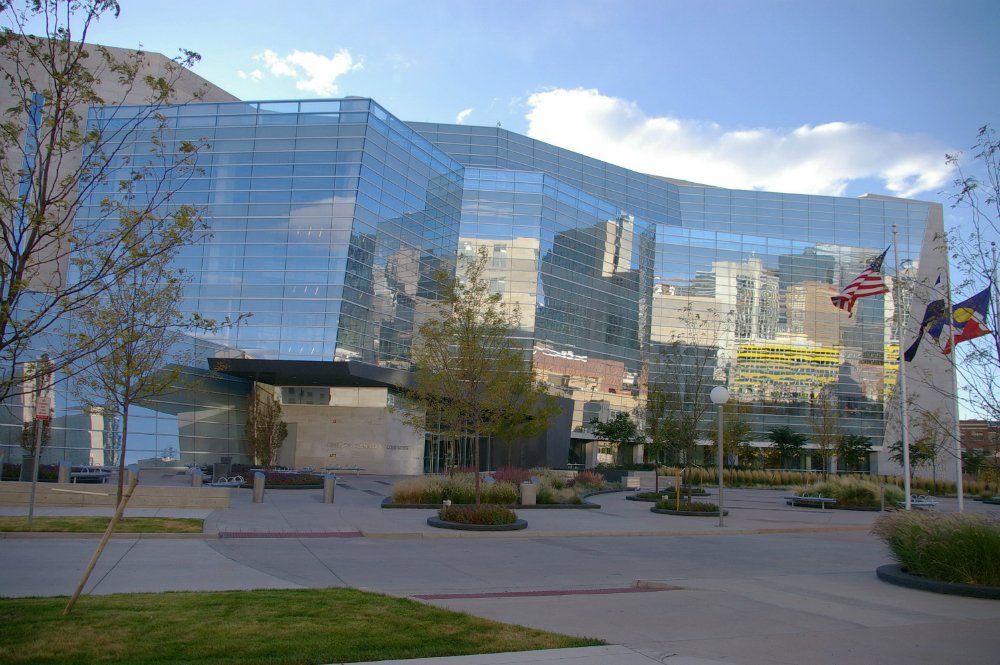 Description: The building faces east and is a five story glass and concrete  structure. The building has glass walls and is constructed with projecting angles. The roof line is flat. The building is named as the Lindsey-Flanigan Courthouse.

See:  The Colorado Supreme Court is located in the county. 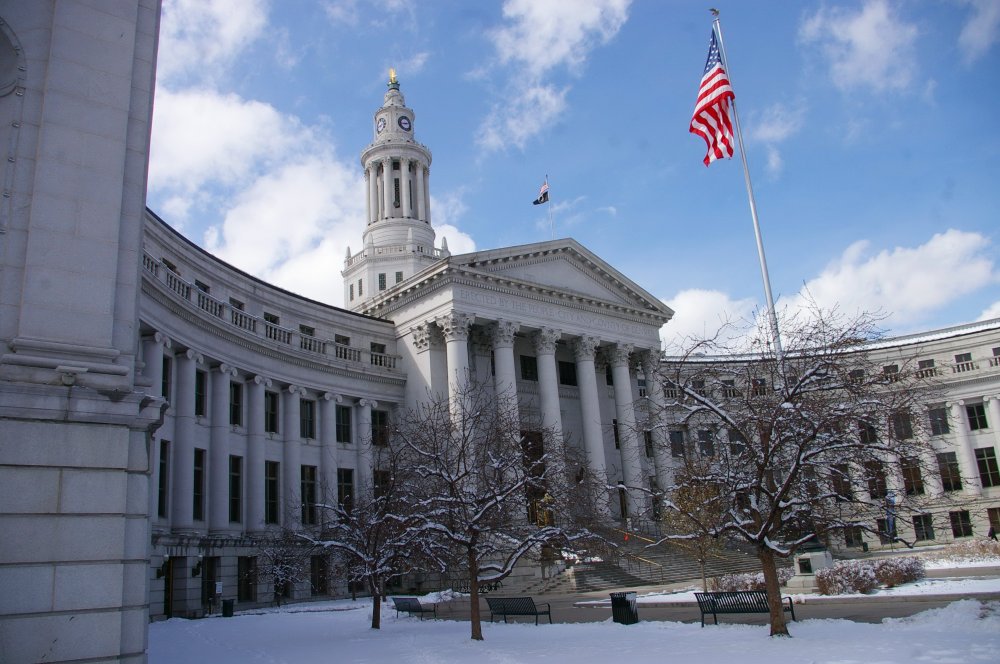 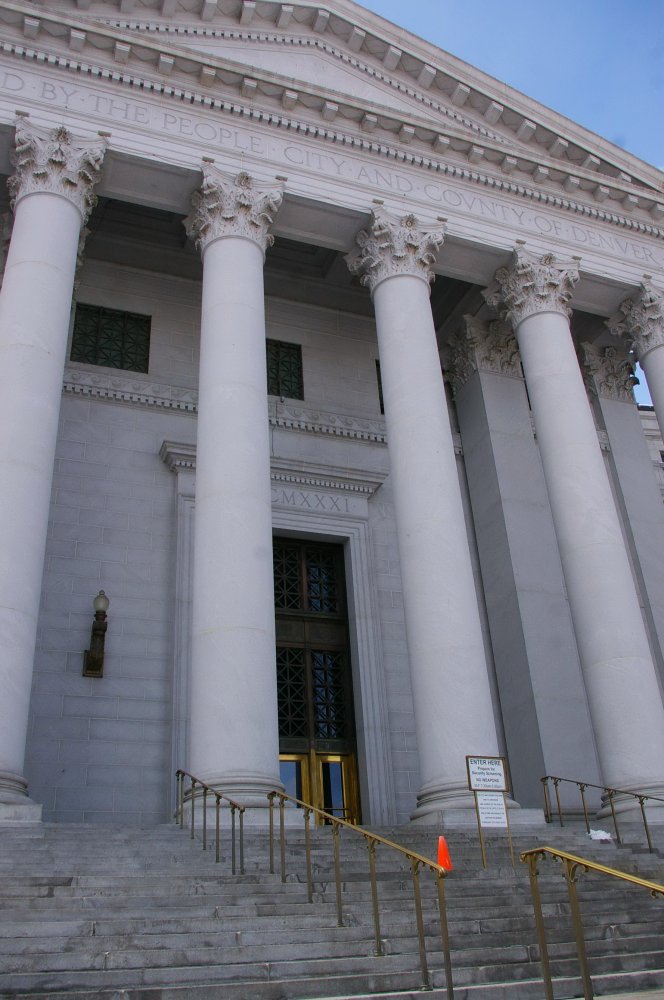 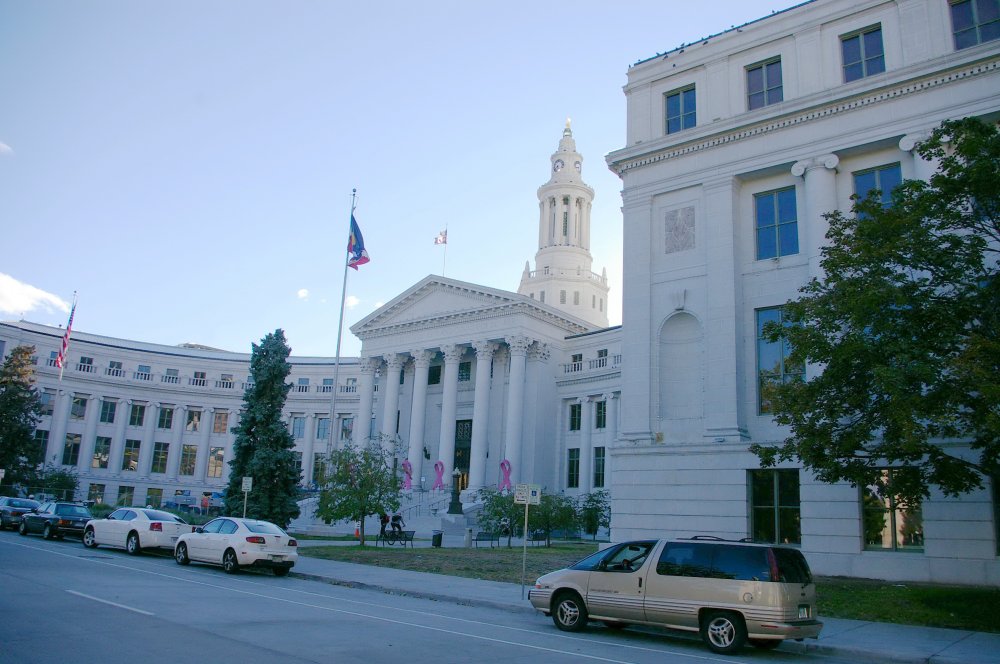 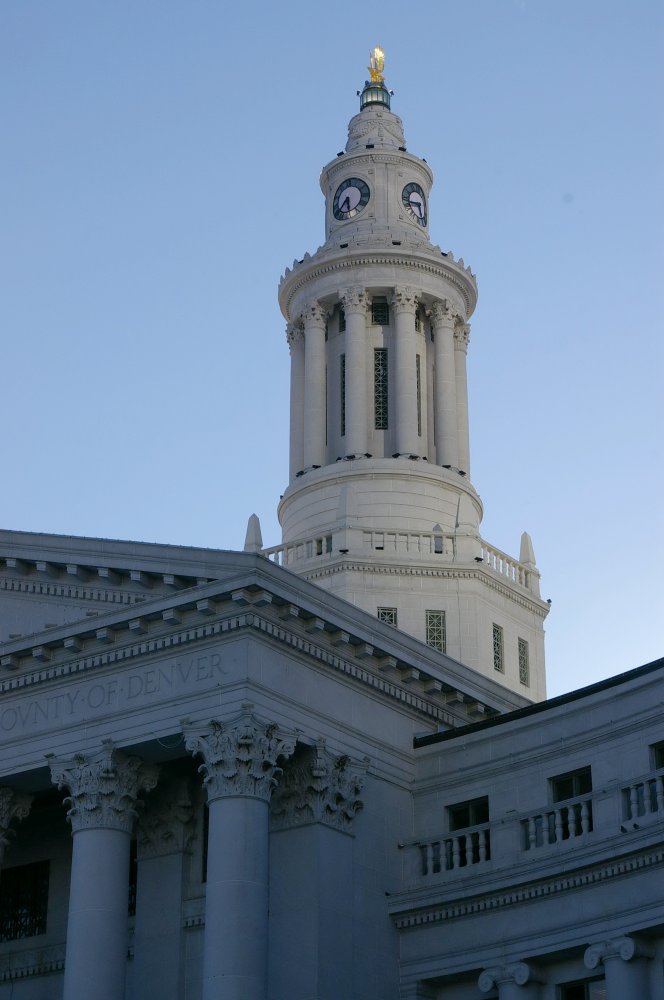 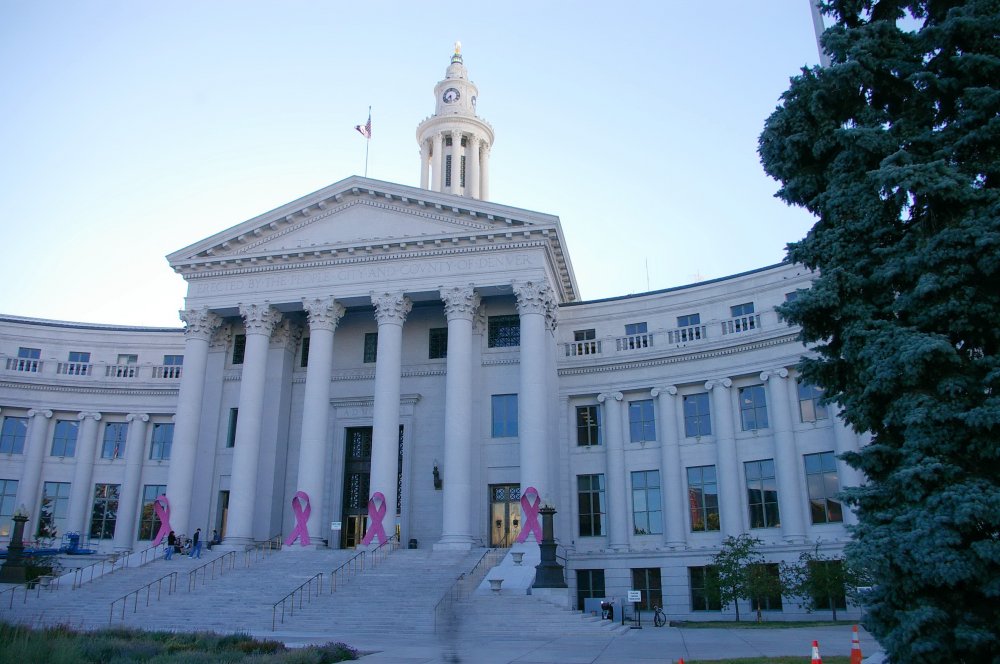 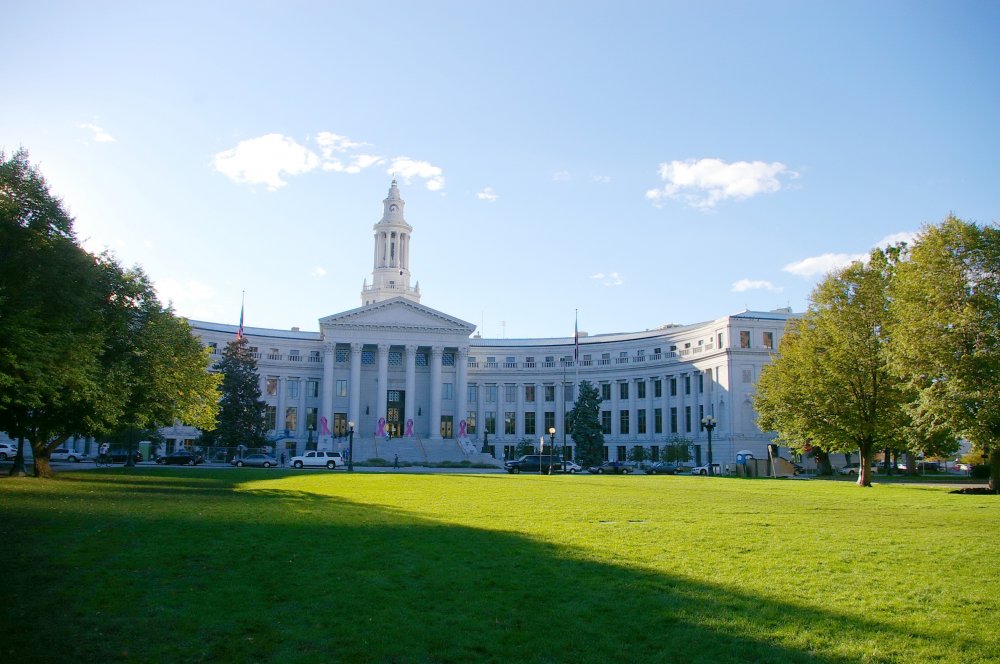 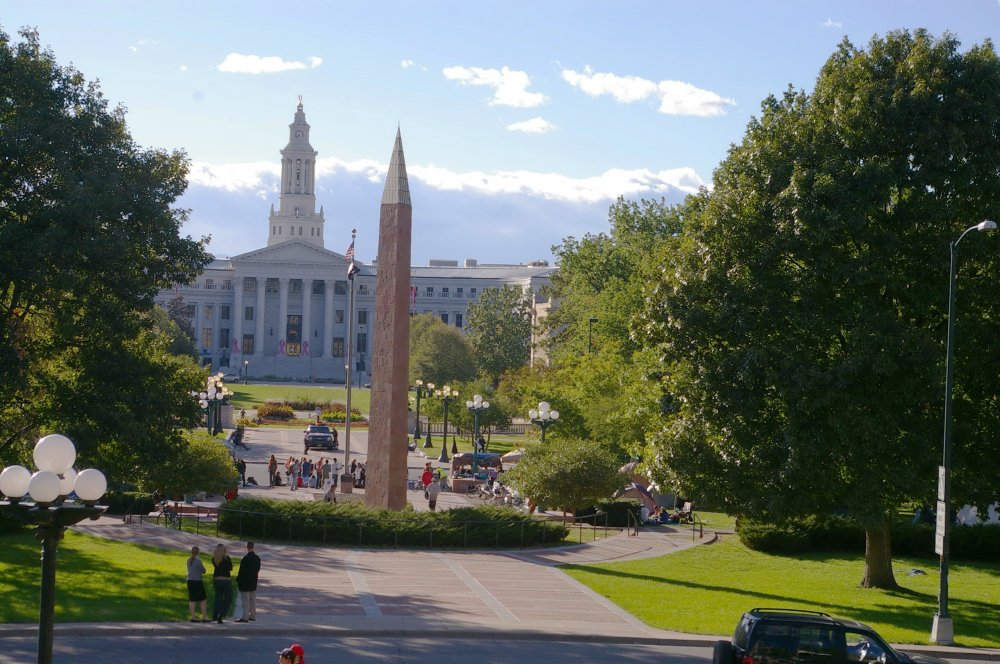 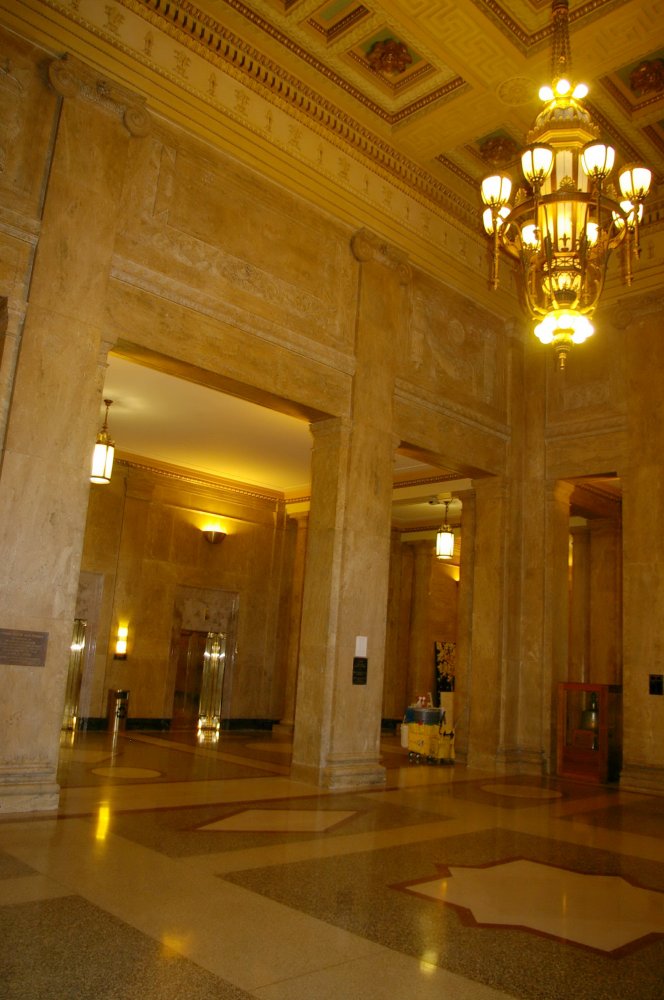 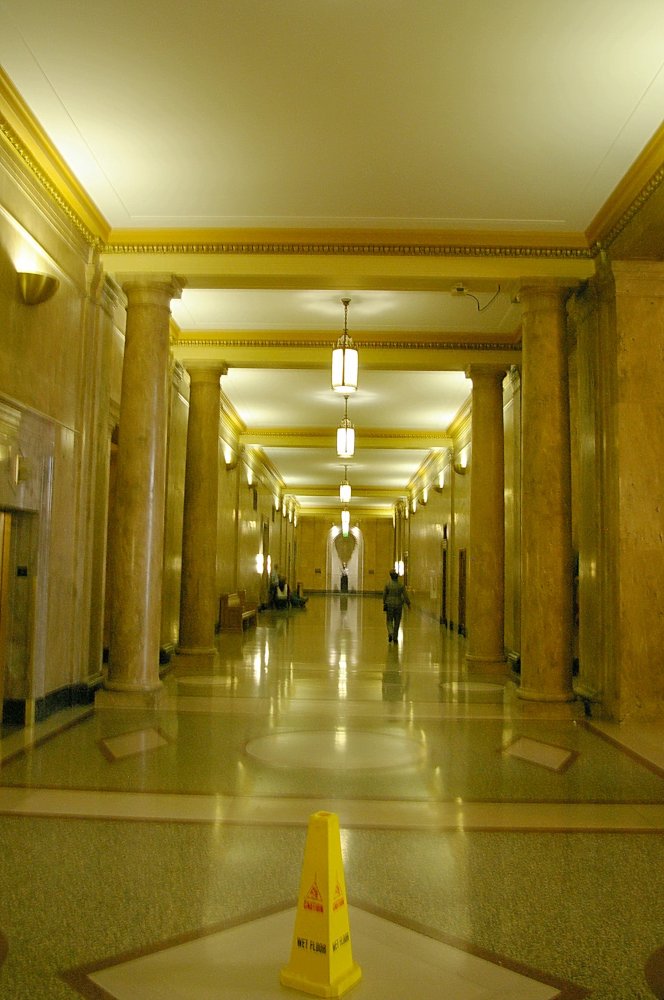 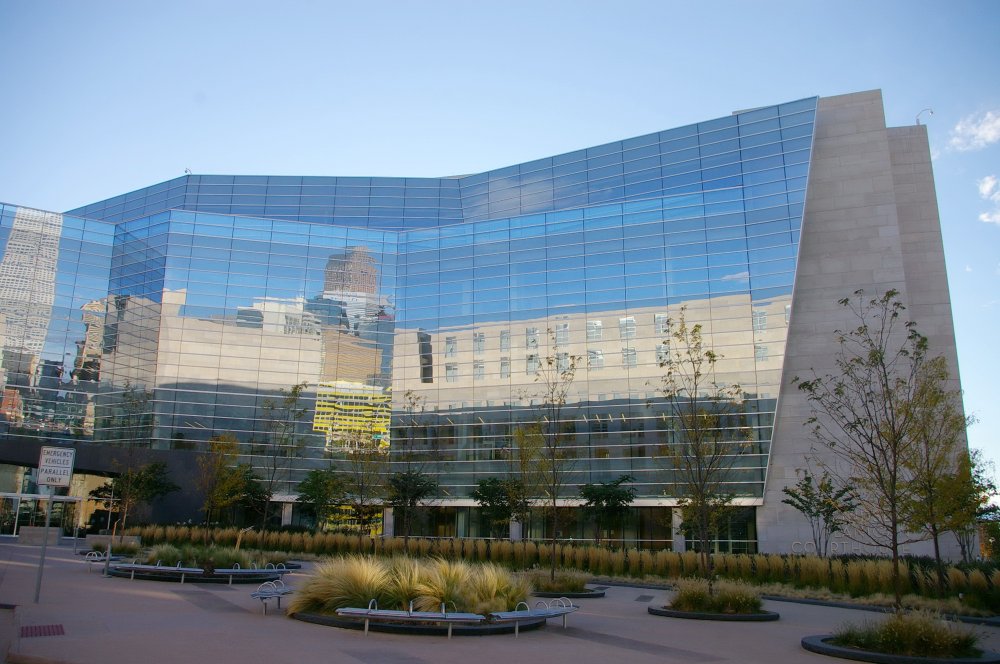