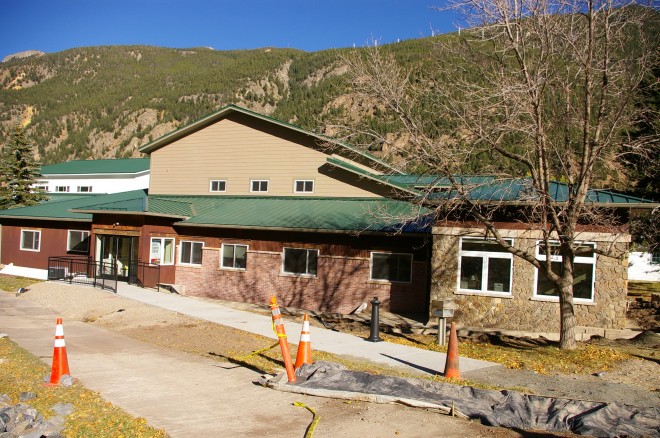 Clear Creek County is named for Clear Creek which runs down the continental divide through the county. 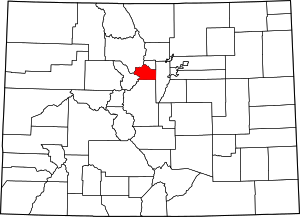 Description: The building  faces west and is a two story wood frame structure. The building is located in the center of Georgetown. The building is low with a series of sloped roofs and a sunken main floor. The west section has a tan colored siding and projecting enclosed entrance. On the north side is a high two story white colored clapboard section with hipped roof. The building houses the District Court and County Court of the 5th Judicial District. The 2011 exterior modifications were designed by CCTS. Exterior work and interior modifications have been completed by several companies. The exterior rehab was done by MR Construction, Mark Reynolds owner. On the east side is the old stone Town Jail (1883) and the old white colored wood Sheriff Residence, now used as the Treasurer’s Office. 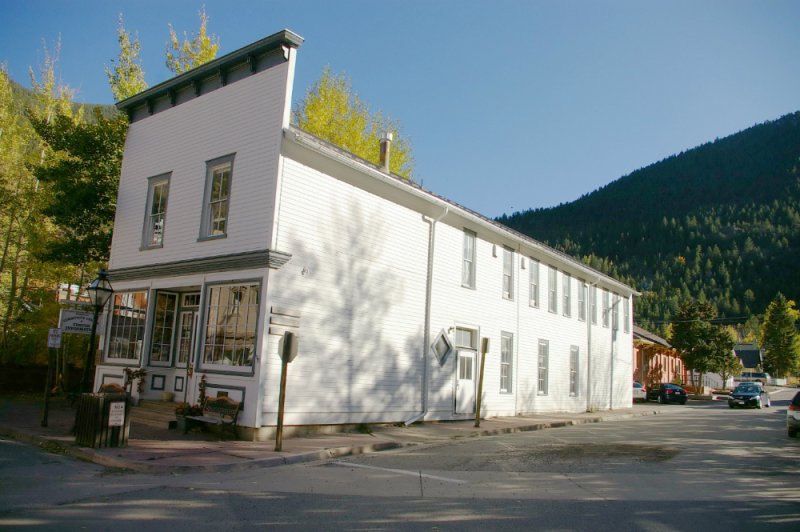 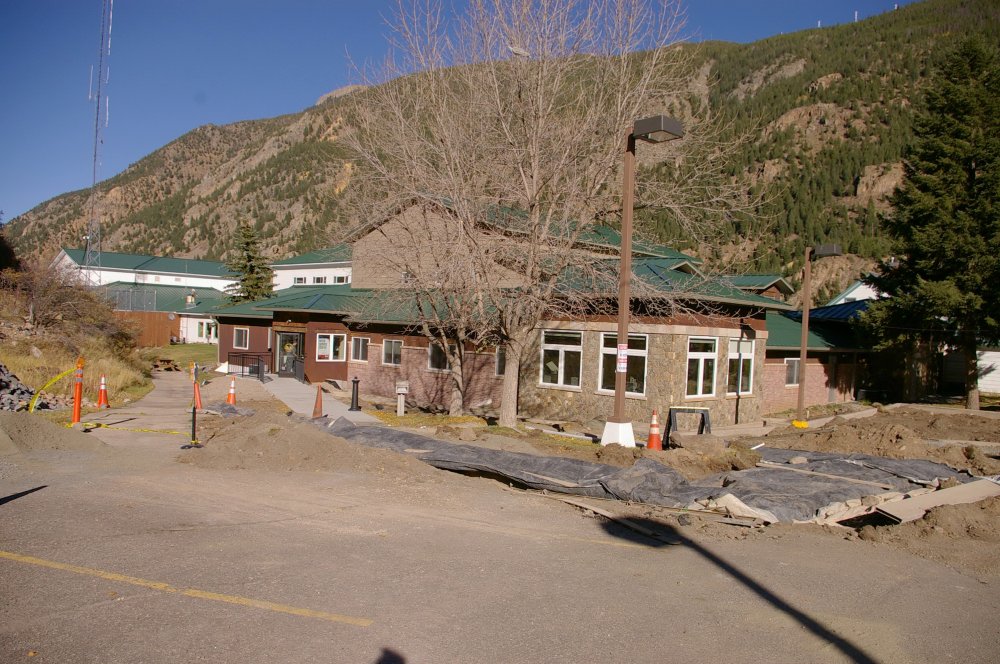 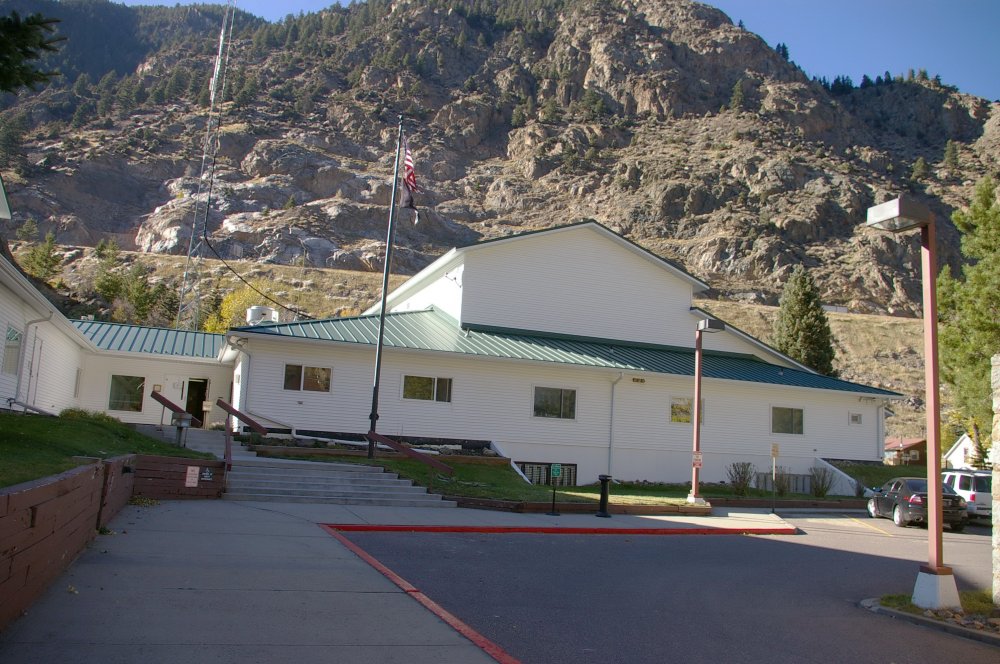 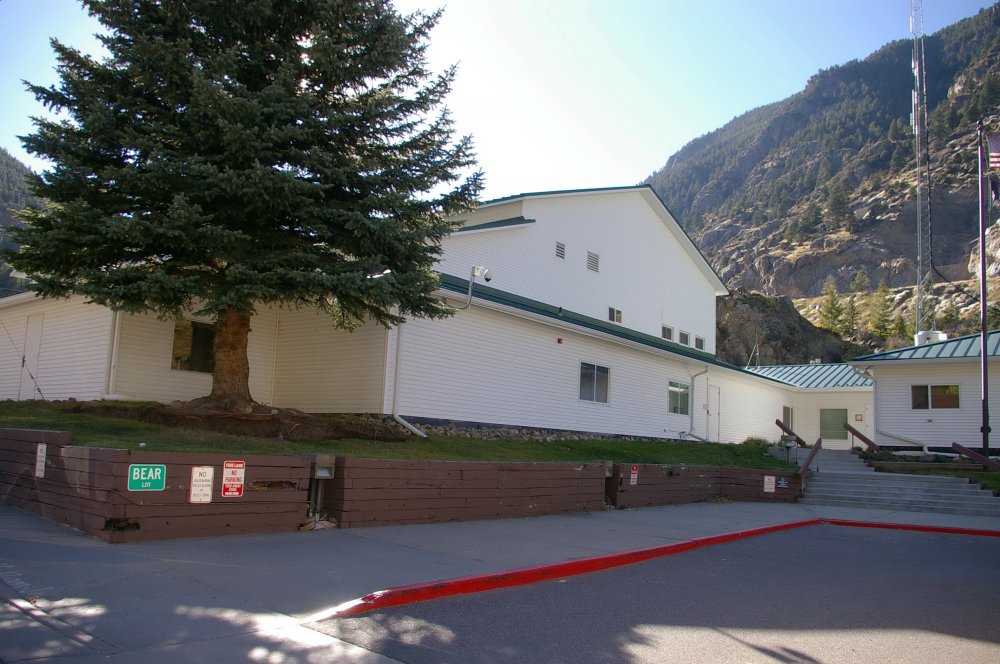 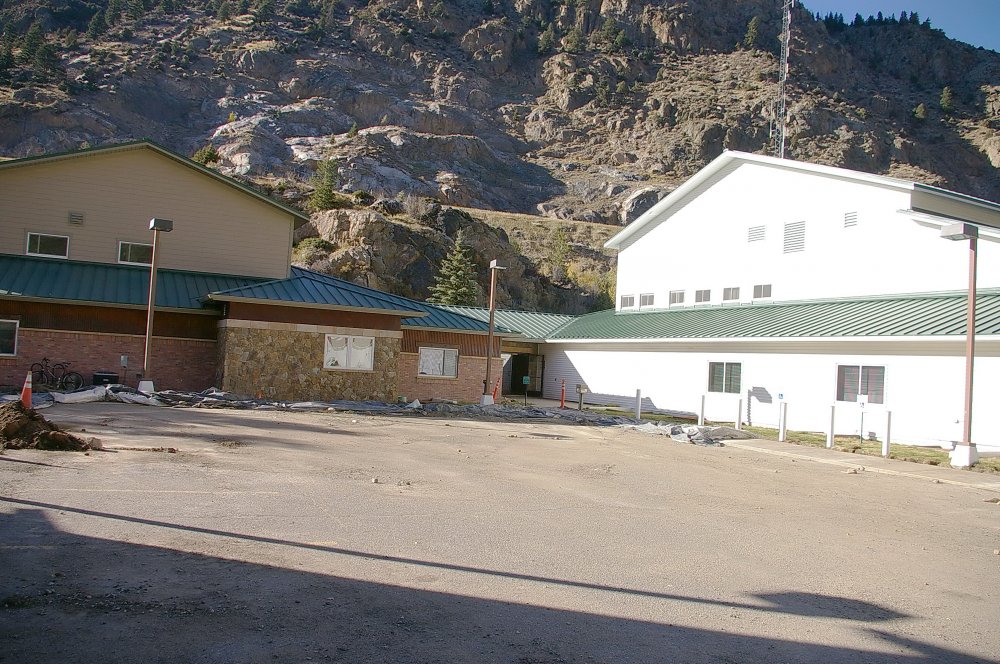 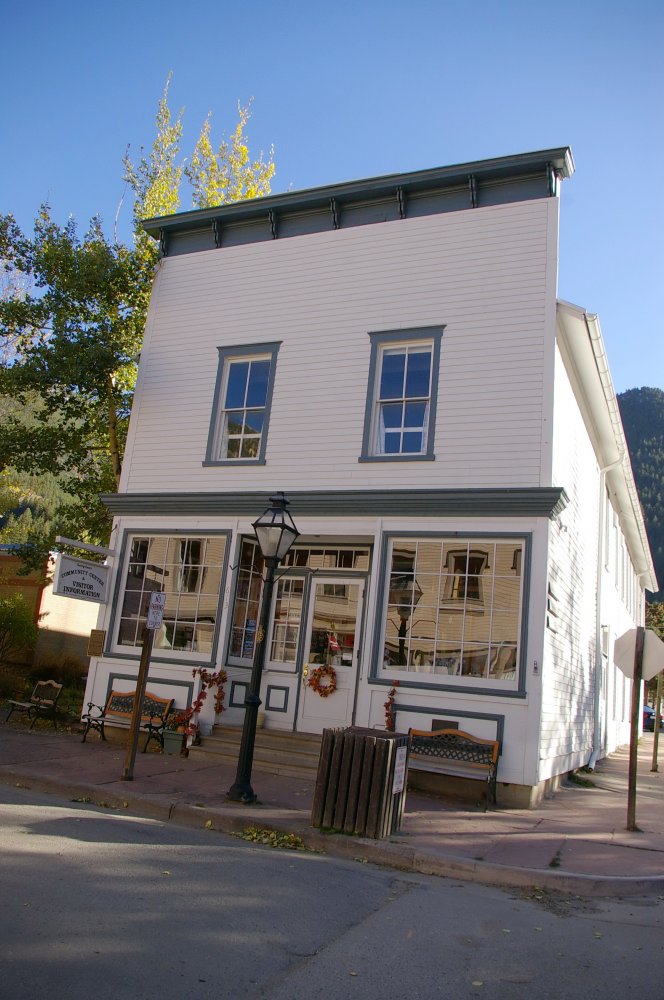 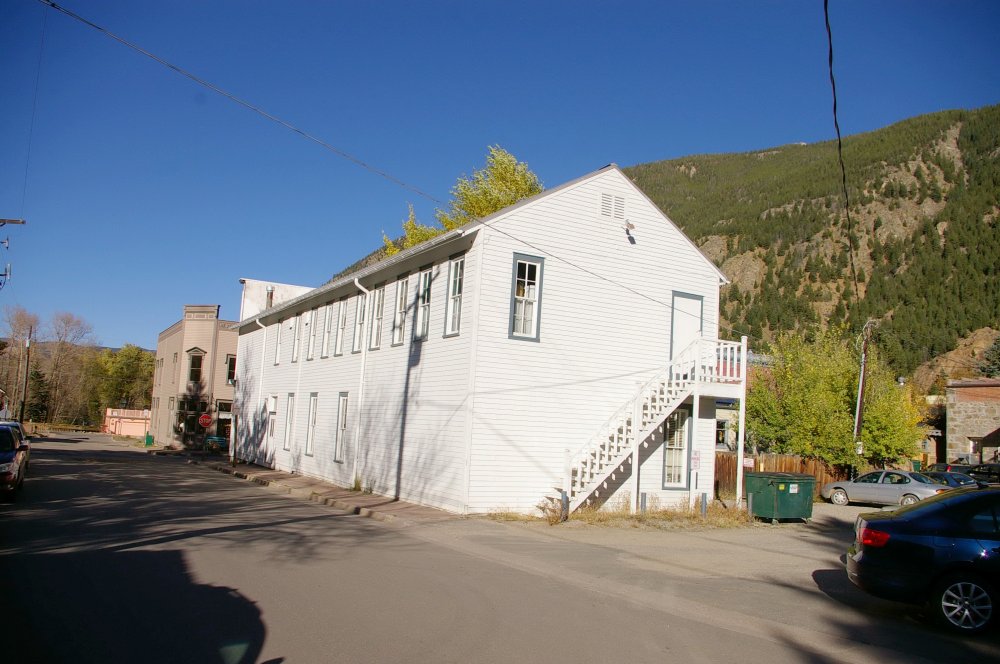 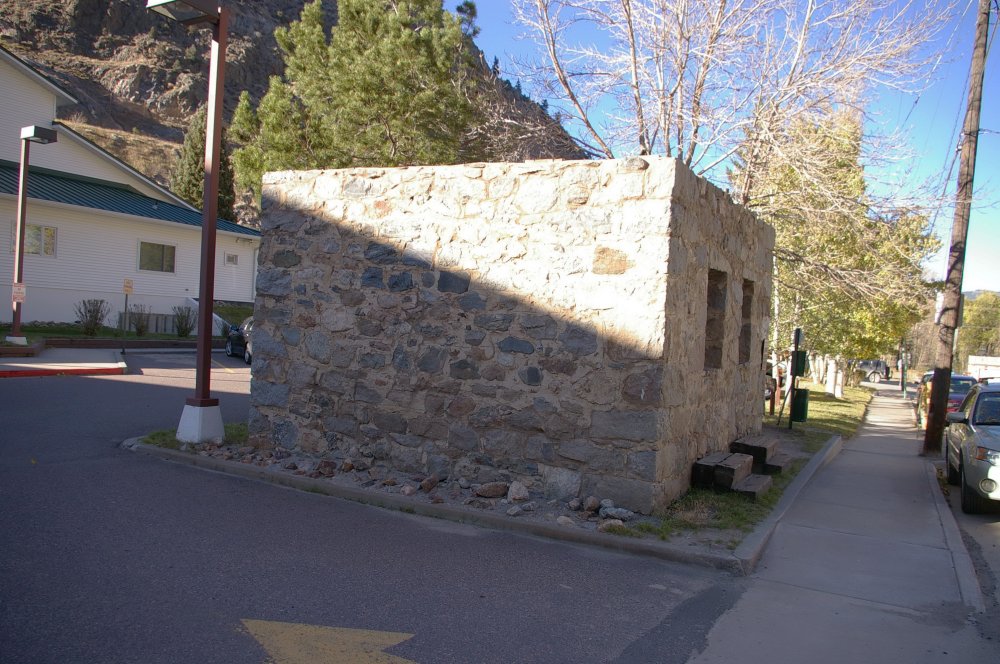 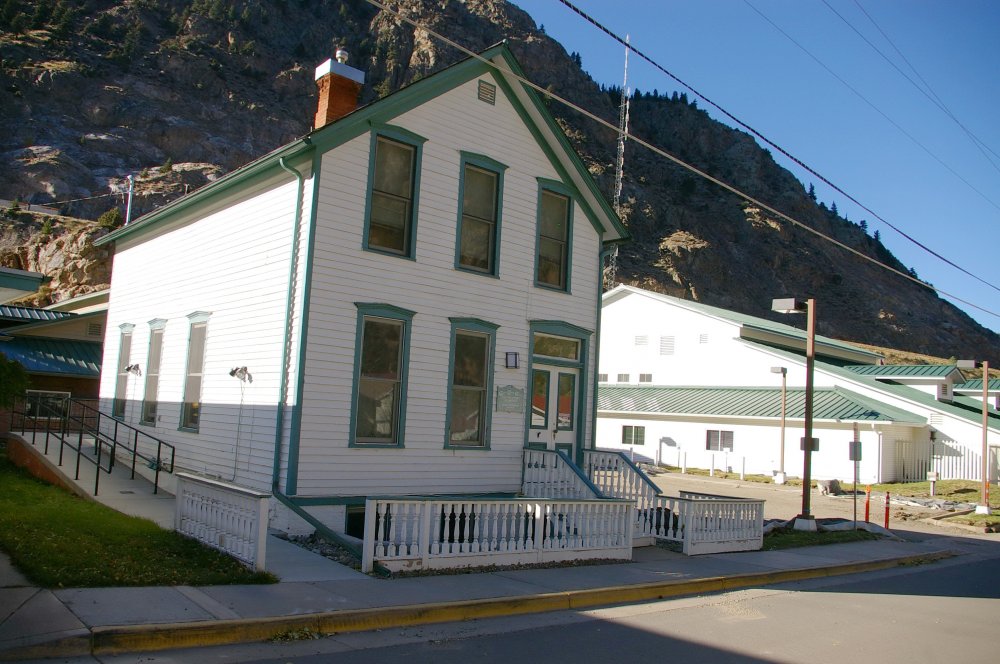 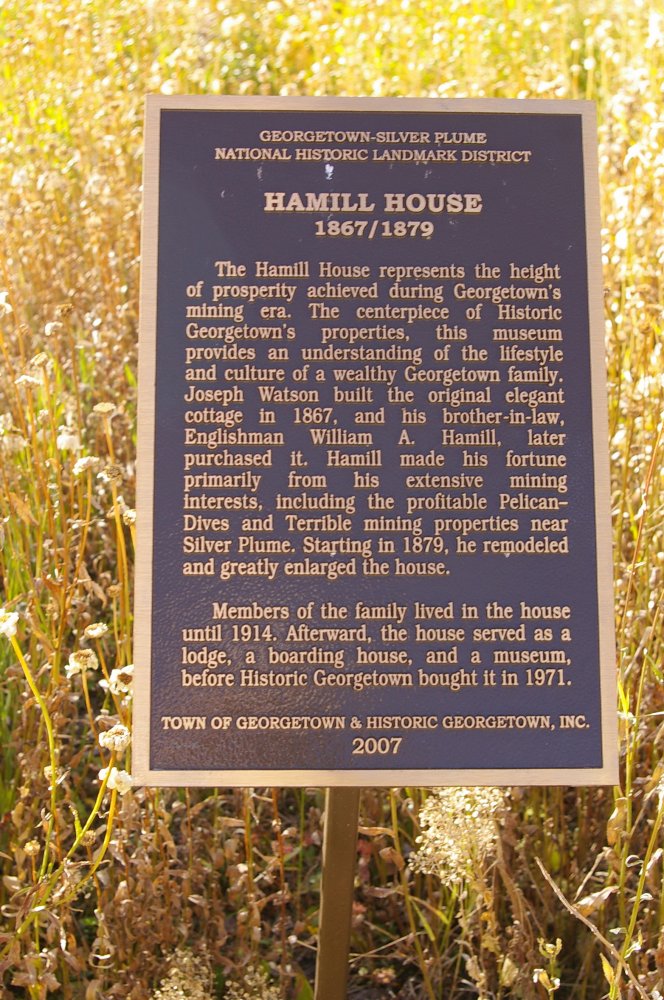