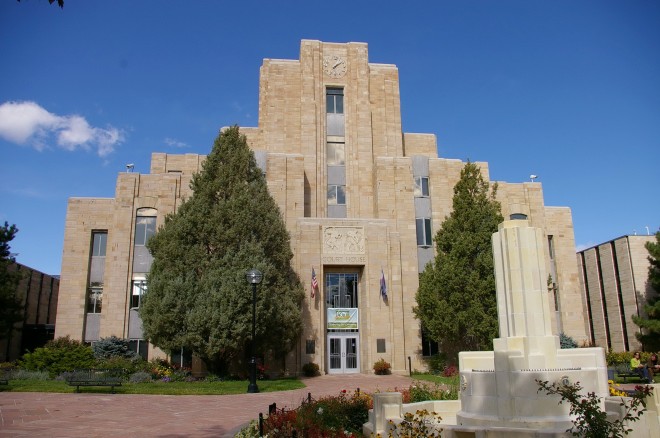 Boulder County is named for the abundance of granite boulders along Boulder Creek. 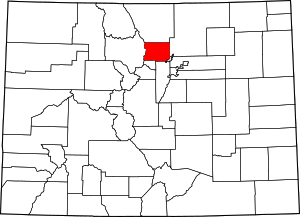 Description: The building faces south and is a four story yellow colored flagstone and concrete structure. The building is located on the landscaped grounds of the Courthouse Square in the center of Boulder. The central entrance on the south side of the first story is recessed with a glass panel above. The building is tiered with a central tower rising to a clock at the top. The windows are vertical with panels between. The architect was Glen H Huntington and the contractor was Frank B Anderson. On the east side is a three story rectangular shaped annex and on the west side is the three story Hall of Justice. 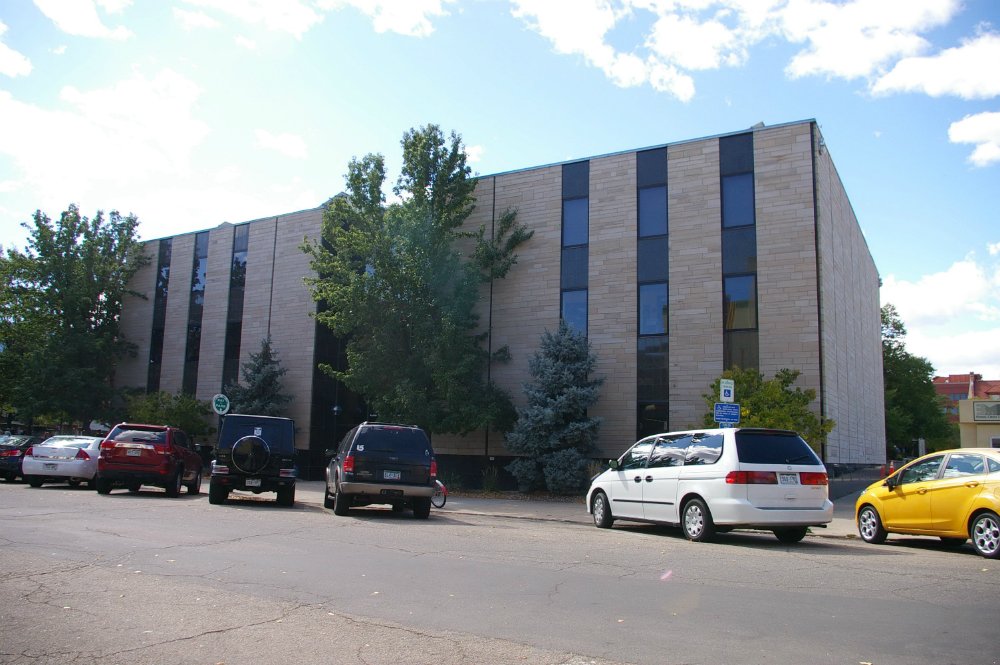 Description: The building faces east and is a three story stone, concrete and glass structure. The rectangular building is located on landscaped grounds in the center of Boulder on the east side of the courthouse. The windows are vertical with black panels between. The roof line is flat. 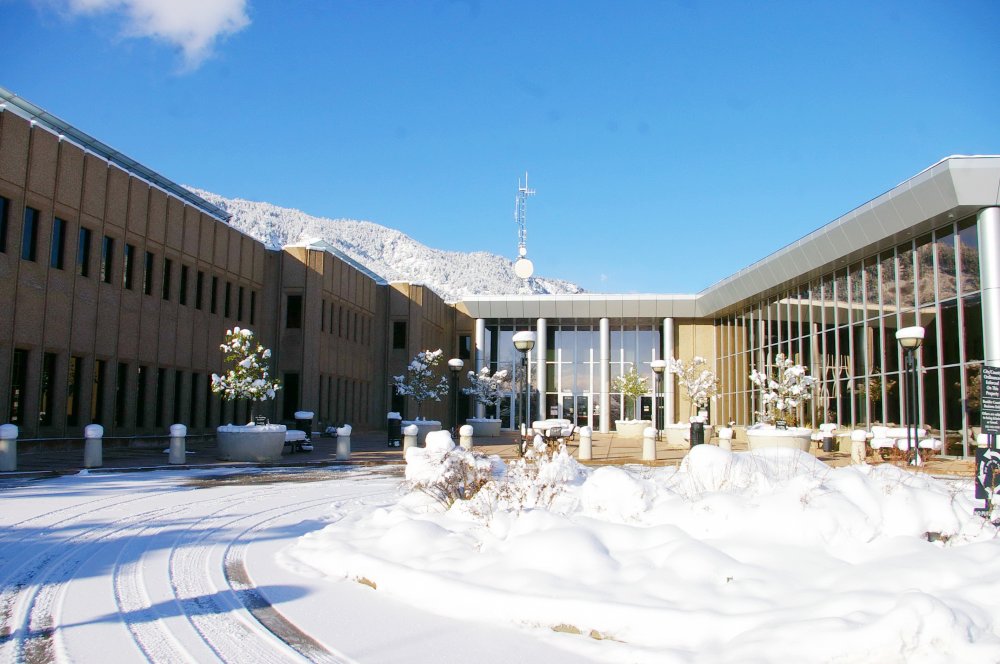 Description: The building faces east and is a two story glass and concrete structure. The building is located on landscaped grounds to the west of the center of the city. The east front has a plaza with a north wing and south wing. The west side has a recessed entrance with four high columns rising to the roof line. The south wing is gray colored concrete with vertical windows. The west section and north wing have glass paneled walls. The roof line is flat. The building houses the County District Court and County Court of the 20th Judicial District. 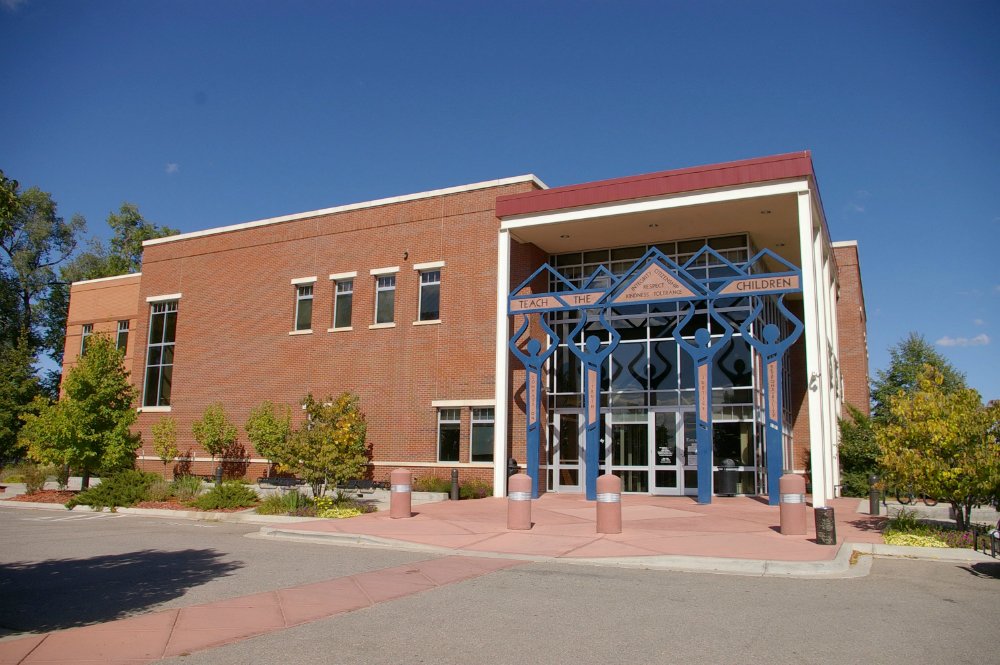 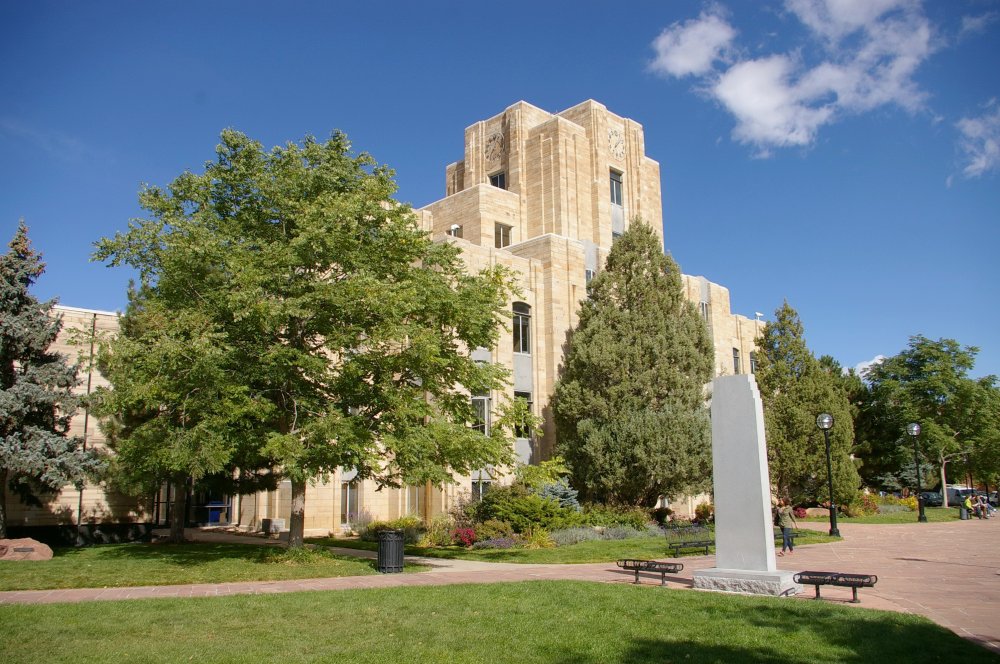 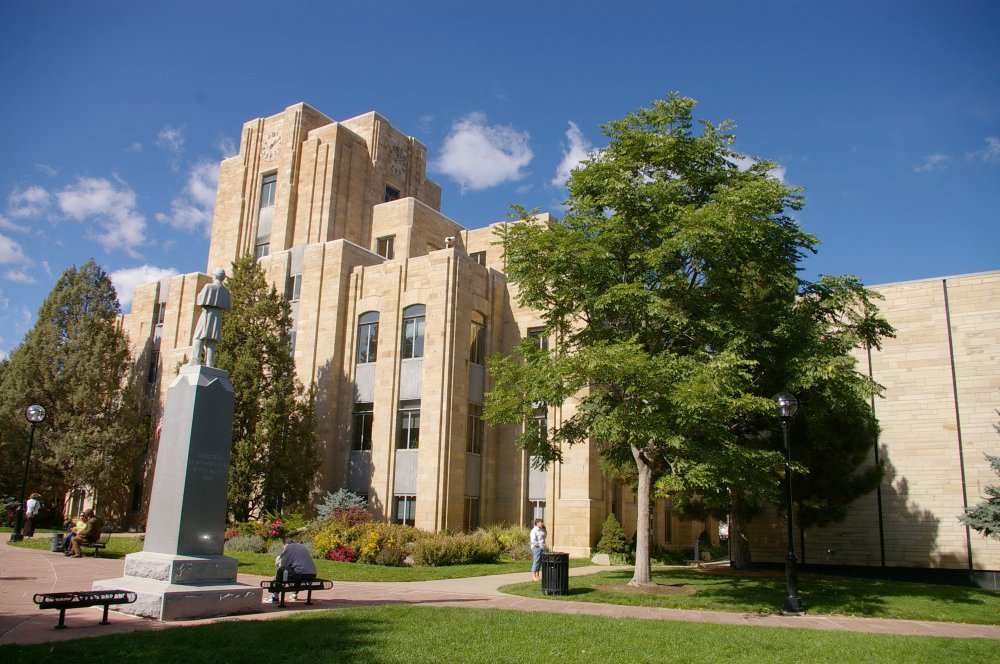 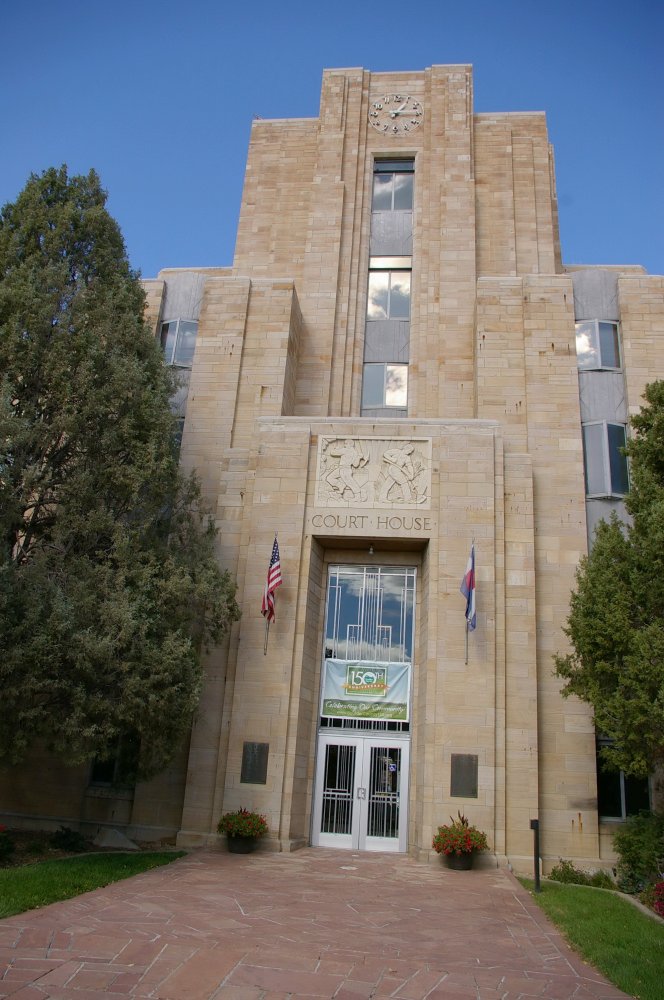 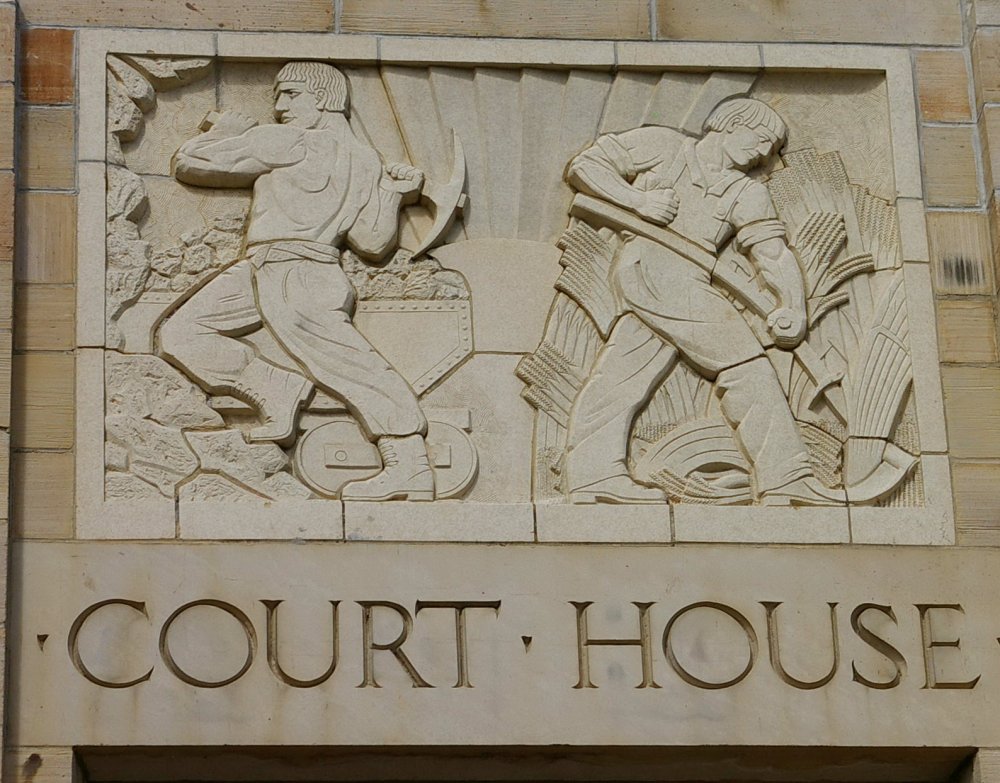 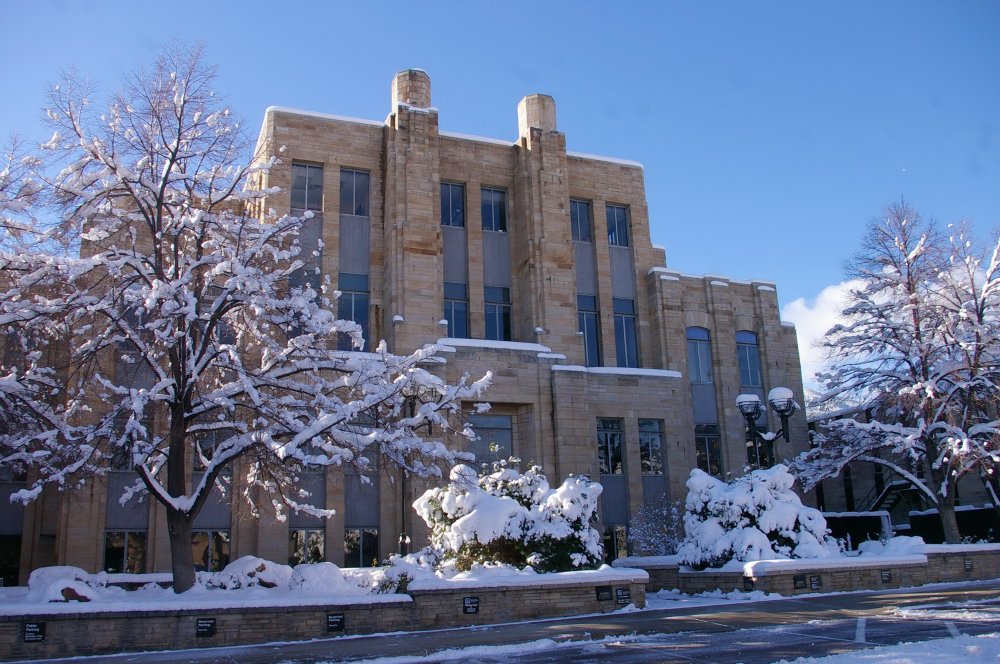