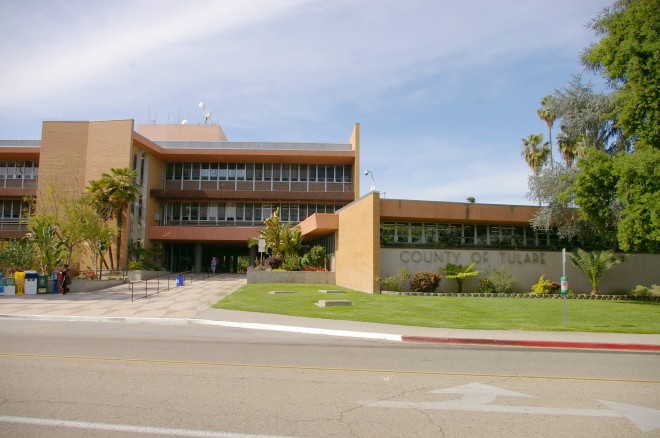 Tulare County is named for Tulare Lake, which is named for the tule rush plant a species of bulrush that line the marshes and sloughs of the lake.

Description:  The building faces southeast and is a three story buff colored brick, concrete and glass structure. The building forms a “T” shape with north and south wings at the southwest end of the building. The main entrance is along the southeast side where the east section has an open passage way on the first story. A one story section of the building extends south from the passage way on the east side and a three story section with glass panel walls also extends south, on the west side. The west part of the building has horizontal concrete bands between the stories with horizontal windows. The roof line is flat. 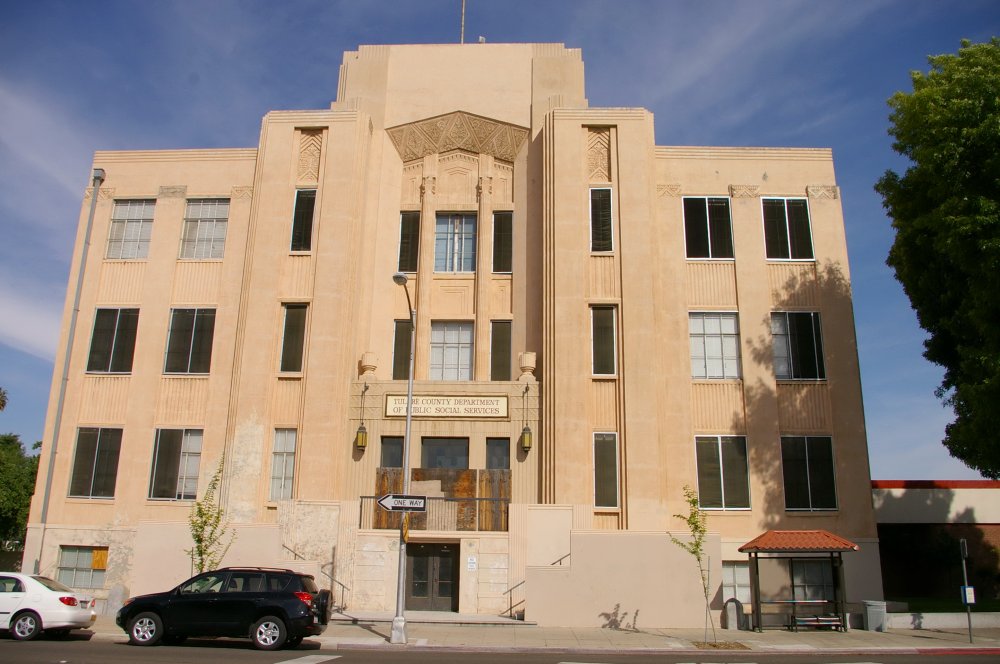 Description:  The building faces west and is a three story buff colored brick and concrete structure. The west front has dual steps leading to the first story entrance. The center section projects in tiers from the main building with a recessed entrance and recessed windows on the second and third stories. The roof line is flat. The building now houses the Tulare County Department of Social Services. On the south side is the one story brick and concrete Tulare County Welfare Building constructed in 1975. The architect was Harry G Krikorian and the contractor was Lewis C Nelson & Sons. 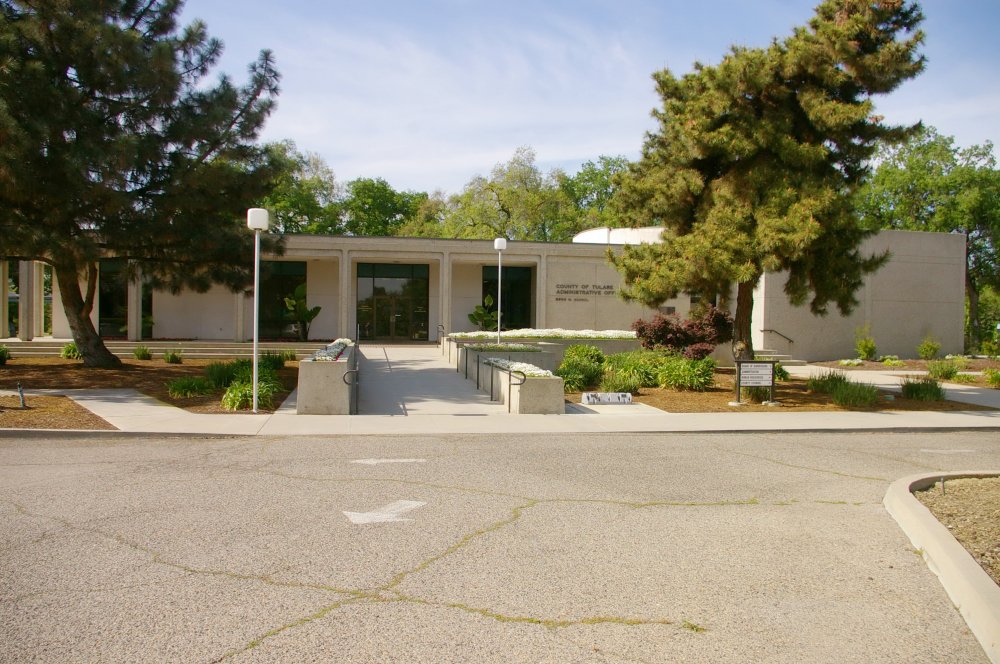 Description:  The building faces east and is a one story cream colored brick and concrete structure. The east front has a central recessed entrance. The north side of the building projects and is higher. A porch runs along the east and south sides.  The roof line is flat. 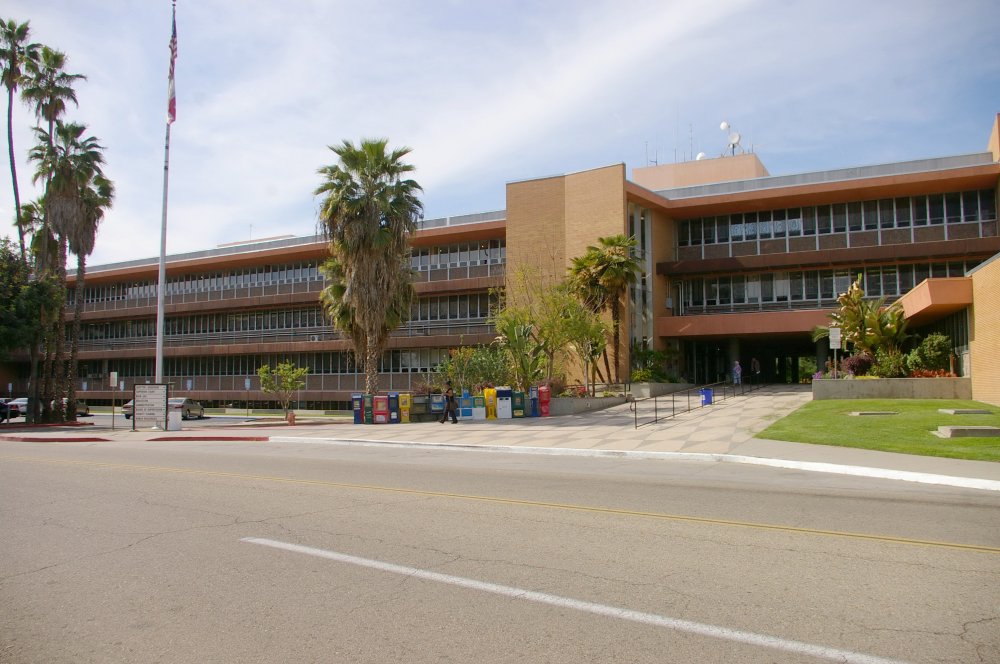 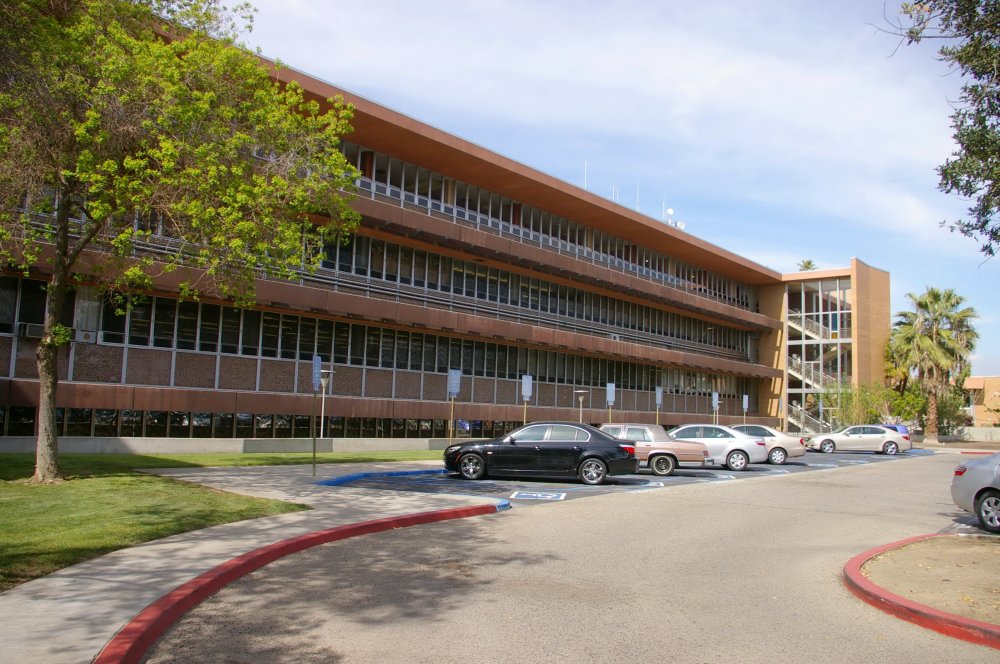 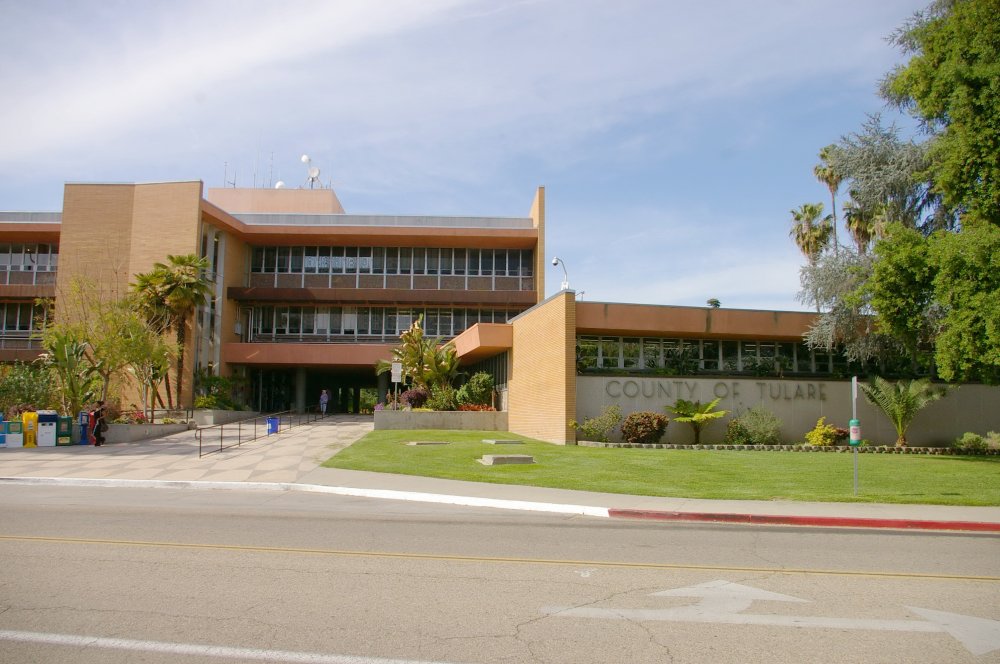 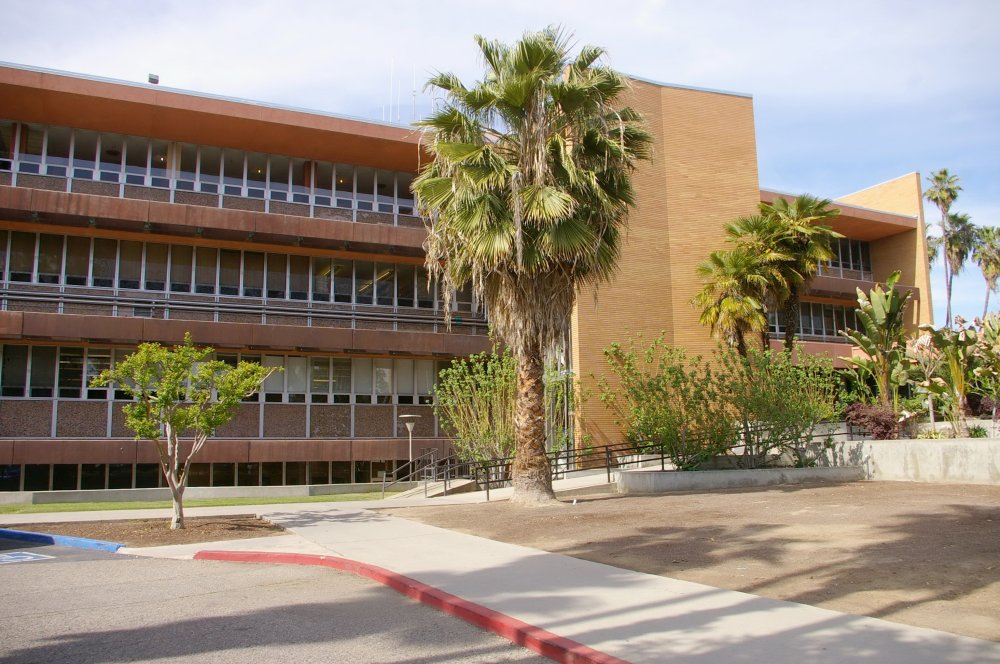 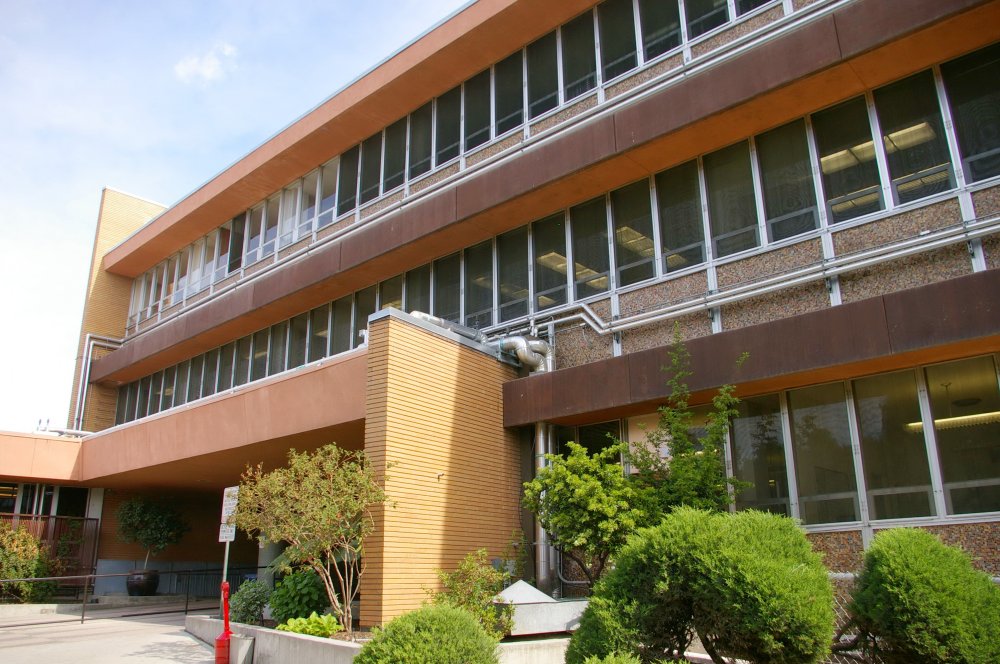 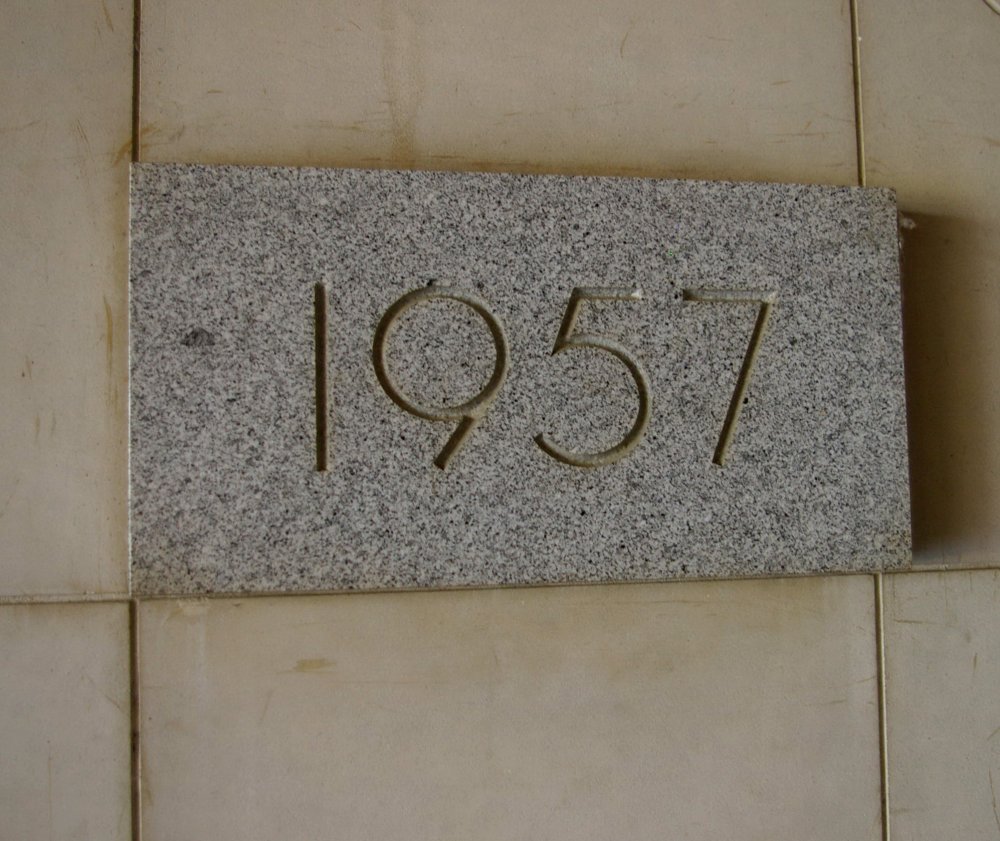 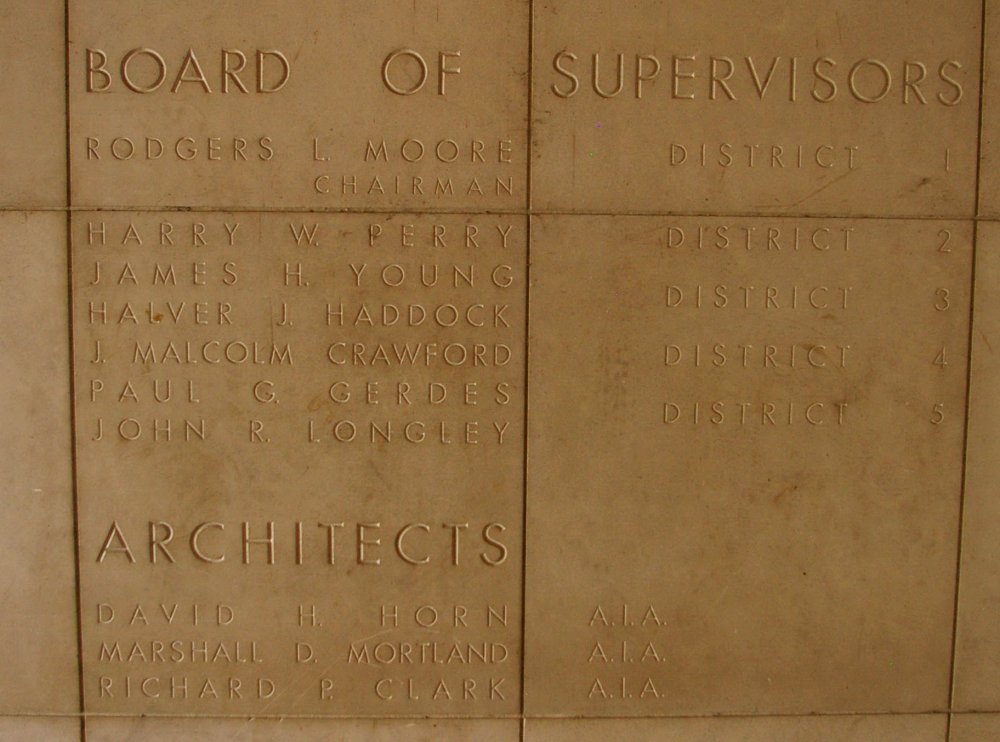 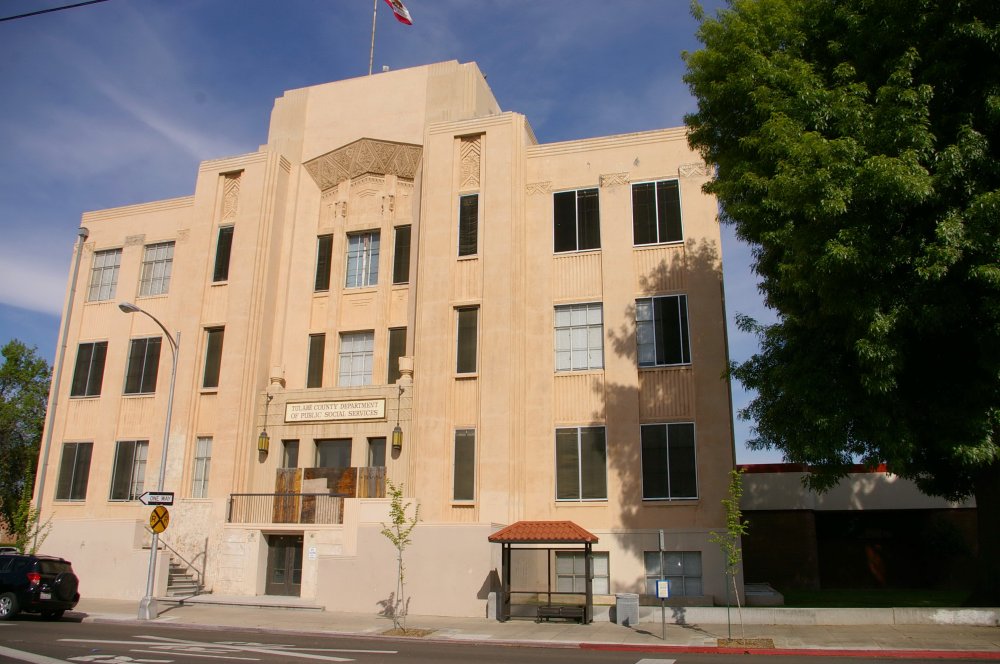 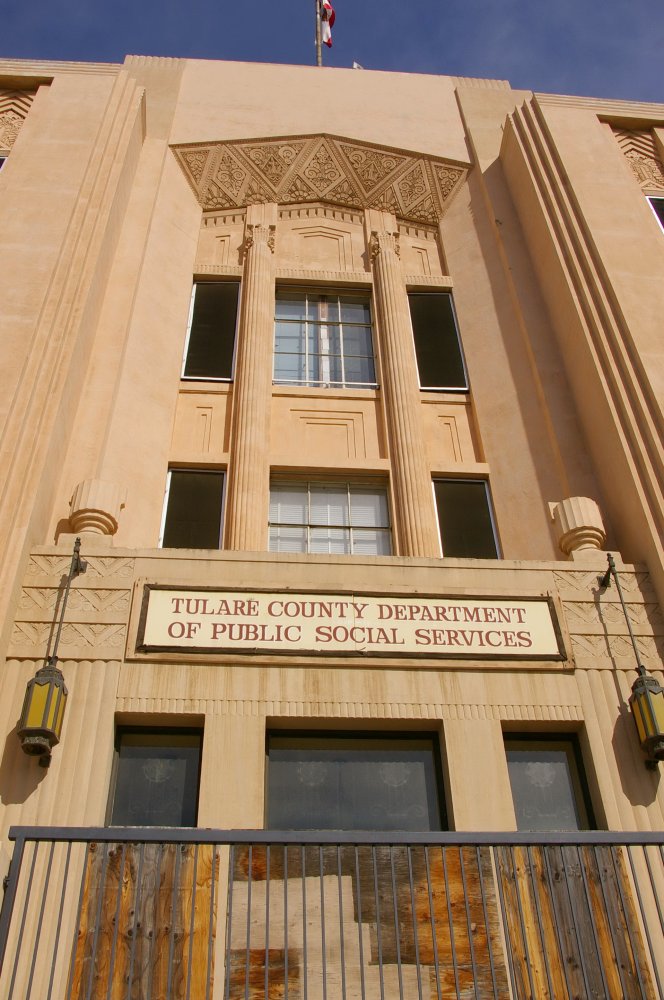 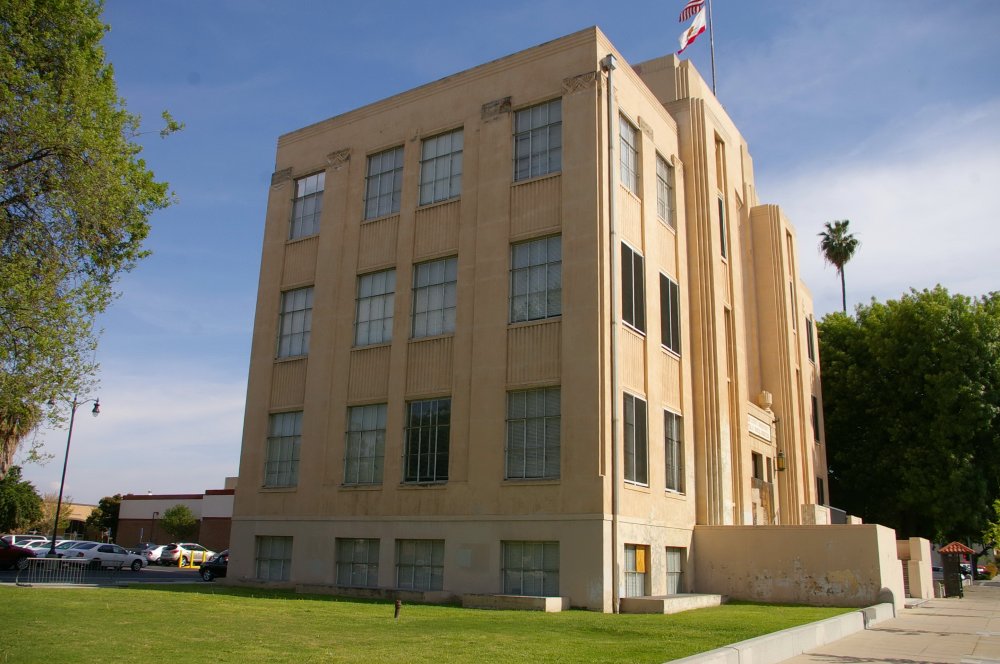 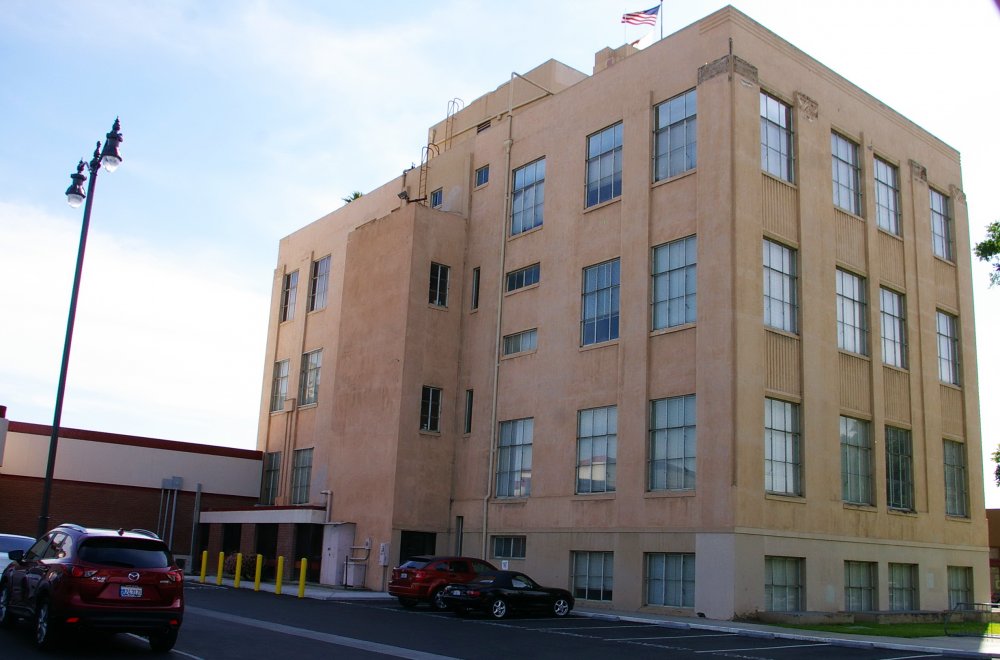 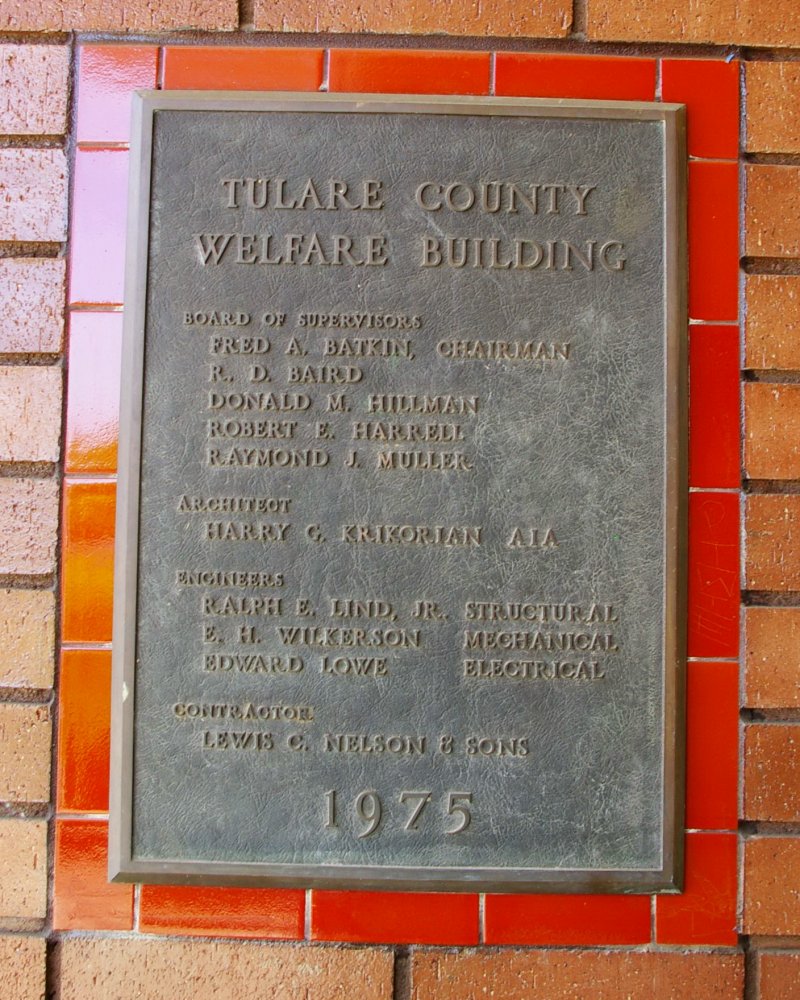