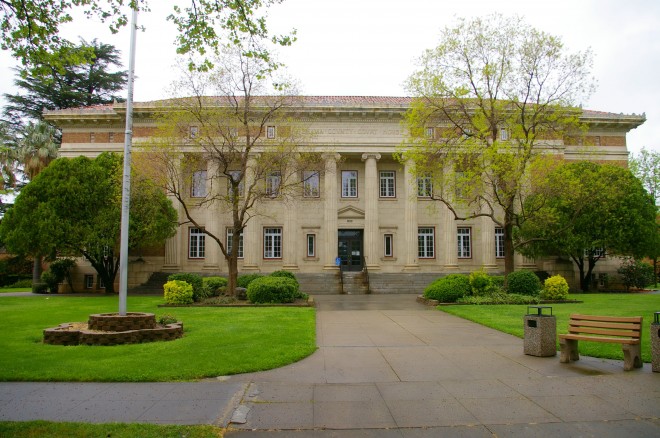 Tehama County is named for Tehama, who were a local Native American tribe.

Note:  The first courthouse was a two story structure designed by B C Nusbaum and built by Virgil Baker in 1860. An addition was built in 1880.

Description:  The building faces southwest and is a two story red colored brick and glass structure. The building is located on landscaped grounds to the southwest of the center of the city. The southwest front Has vertical dividers with recessed glass walls.  The roof line is flat. 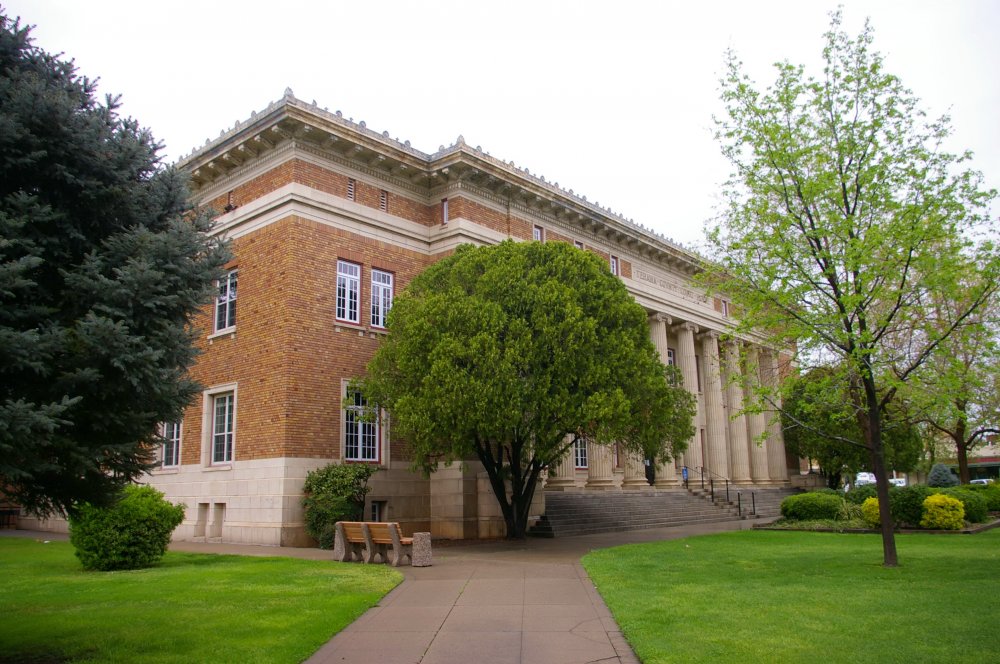 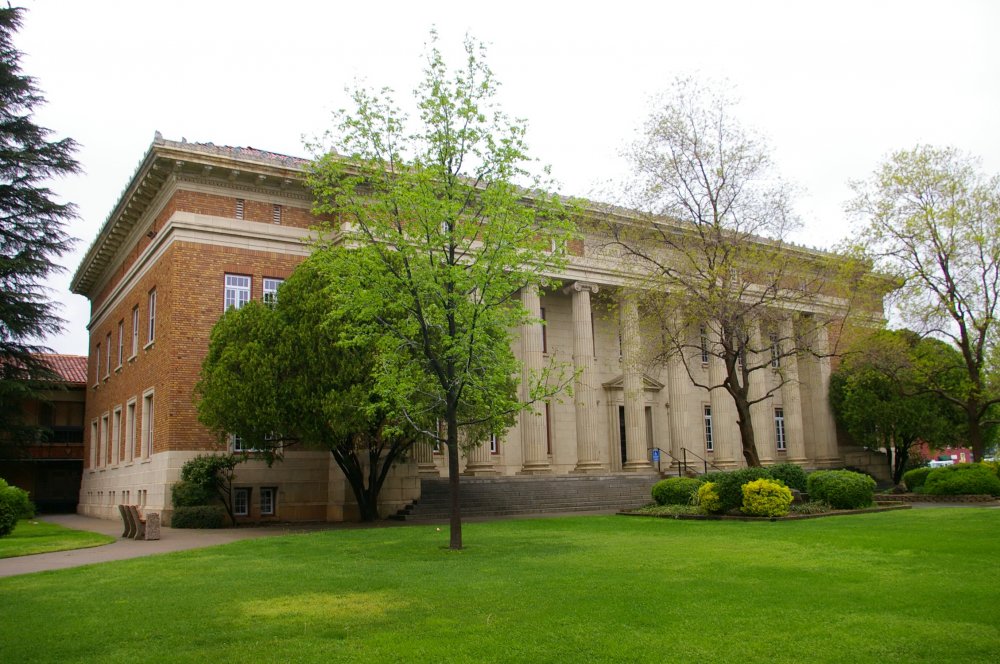 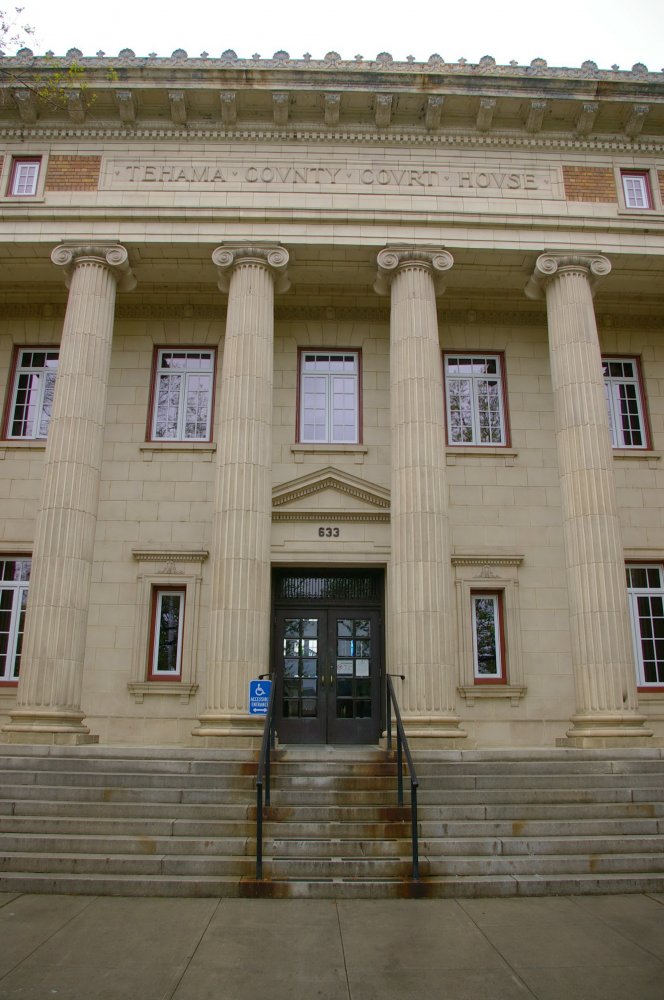 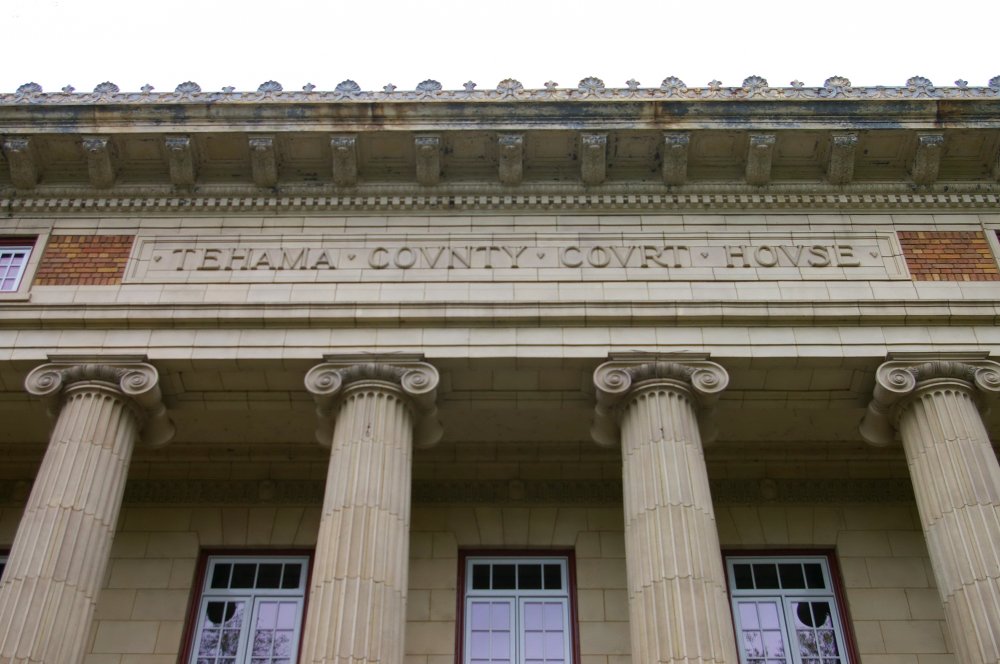 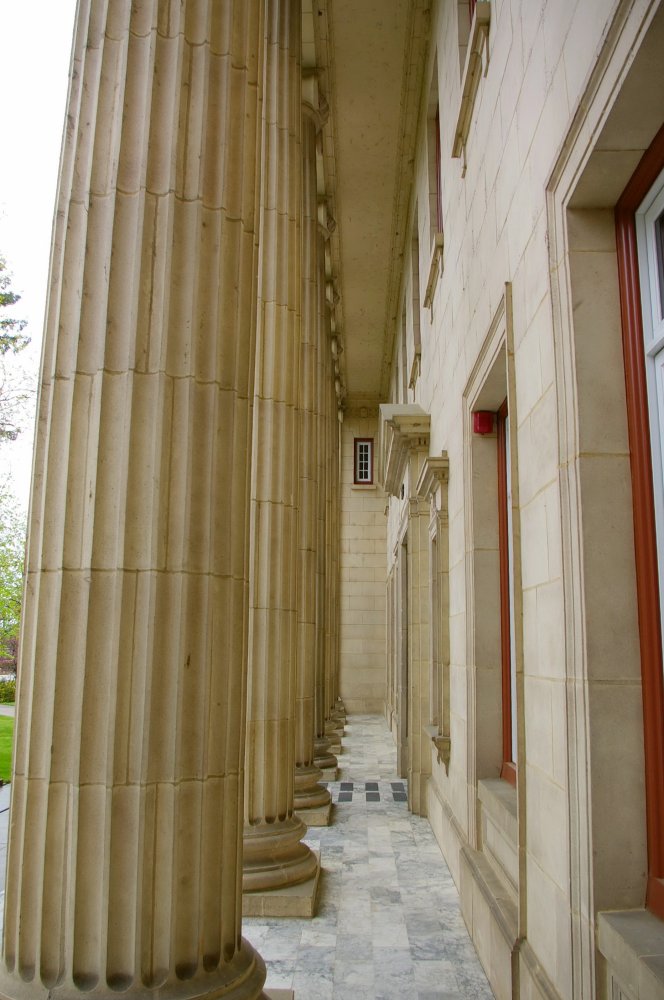 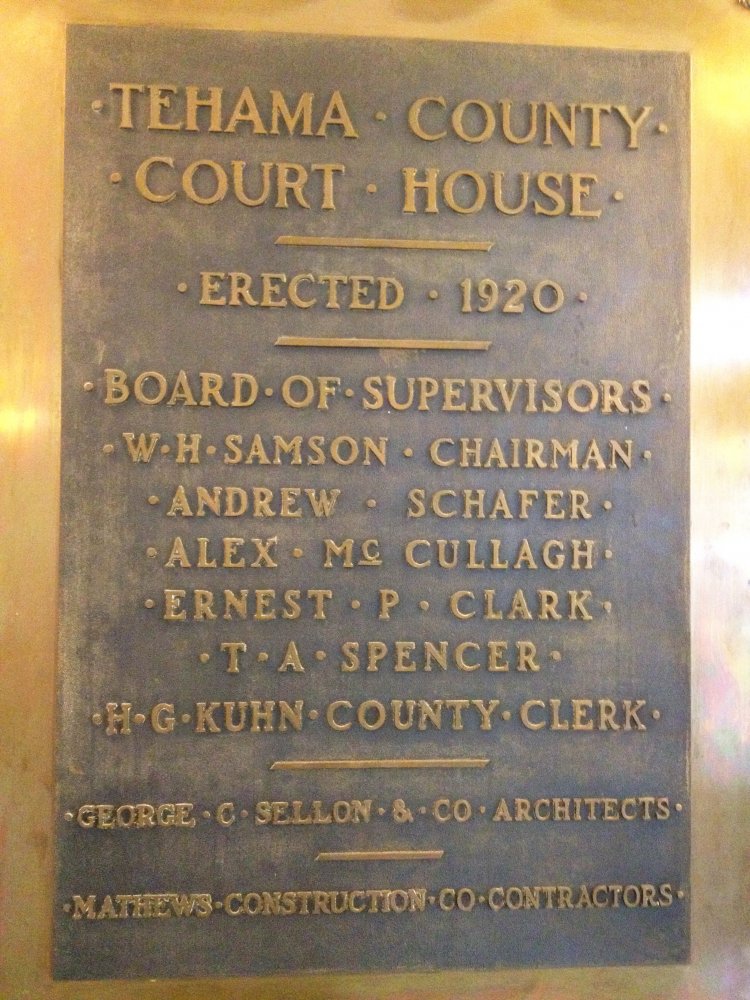 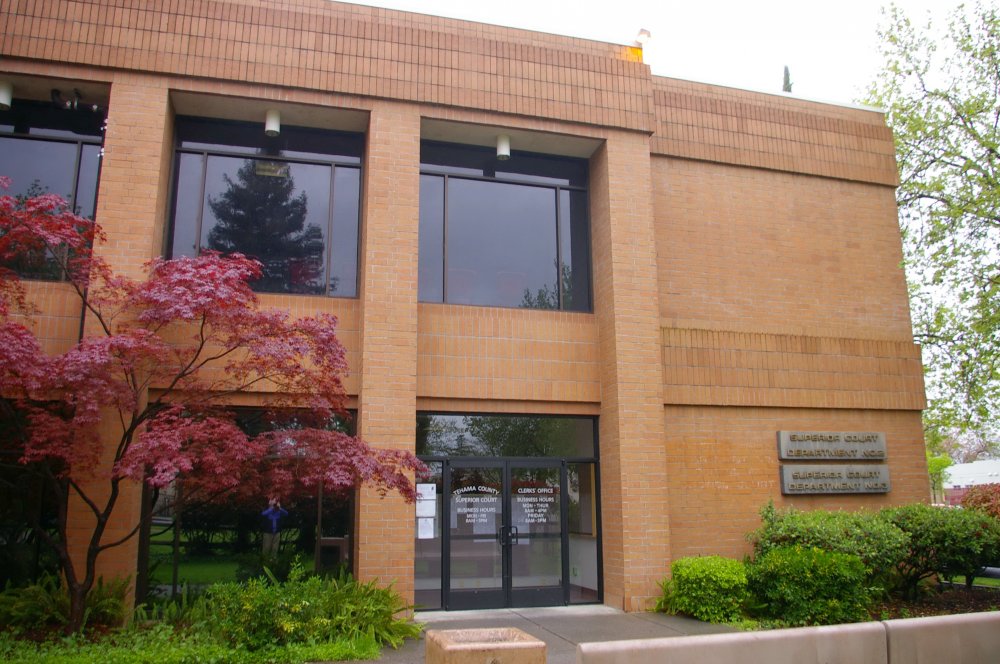