San Mateo County is named for the Spanish for “Saint Matthew”.

Note:  The previous courthouse was constructed in 1858 and remodeled in 1871. Description:  The building faces north and is a three story concrete structure with an eight story concrete tower on the west side. The north front has vertical pillars supporting a projecting roof. Behind the pillars is grillwork concrete. The first story is recessed with glass panels. Along the east side the windows are horizontal. With vertical dividers between. The roof line is flat.  The building is named as the Hall of Justice. 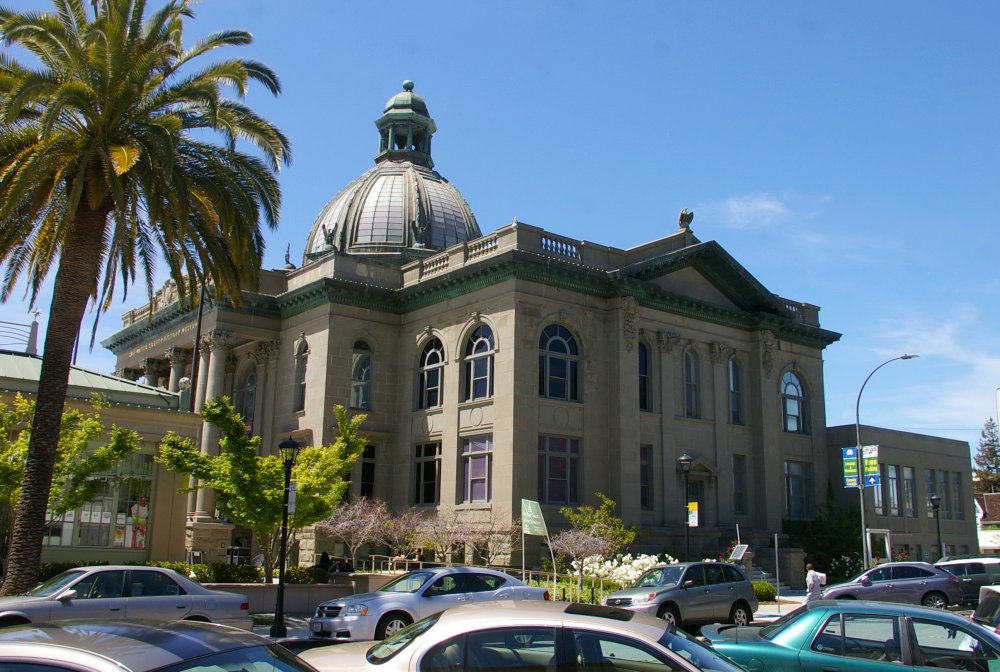 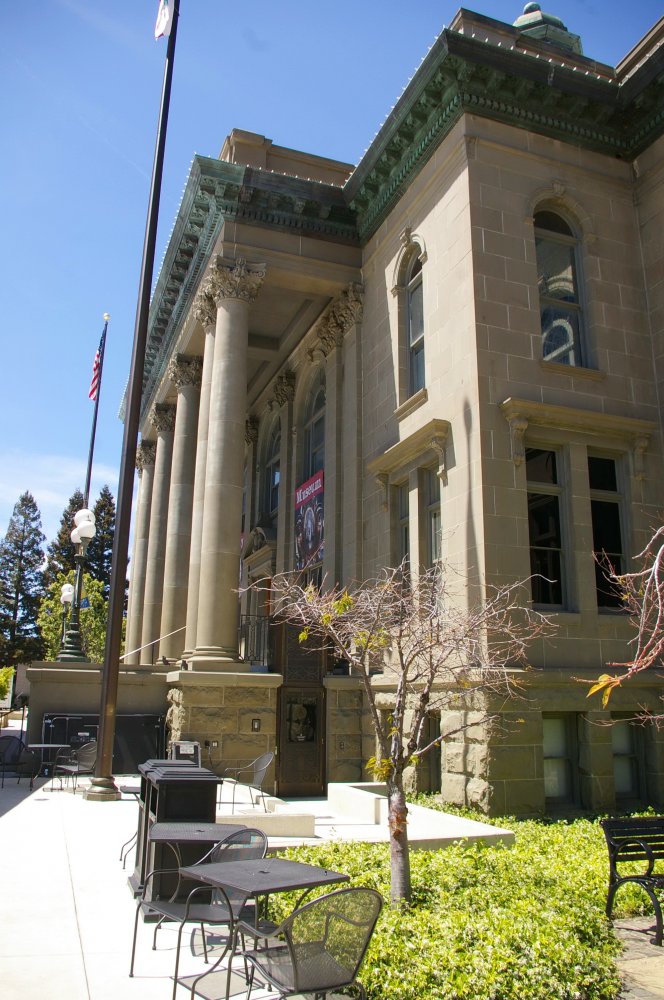 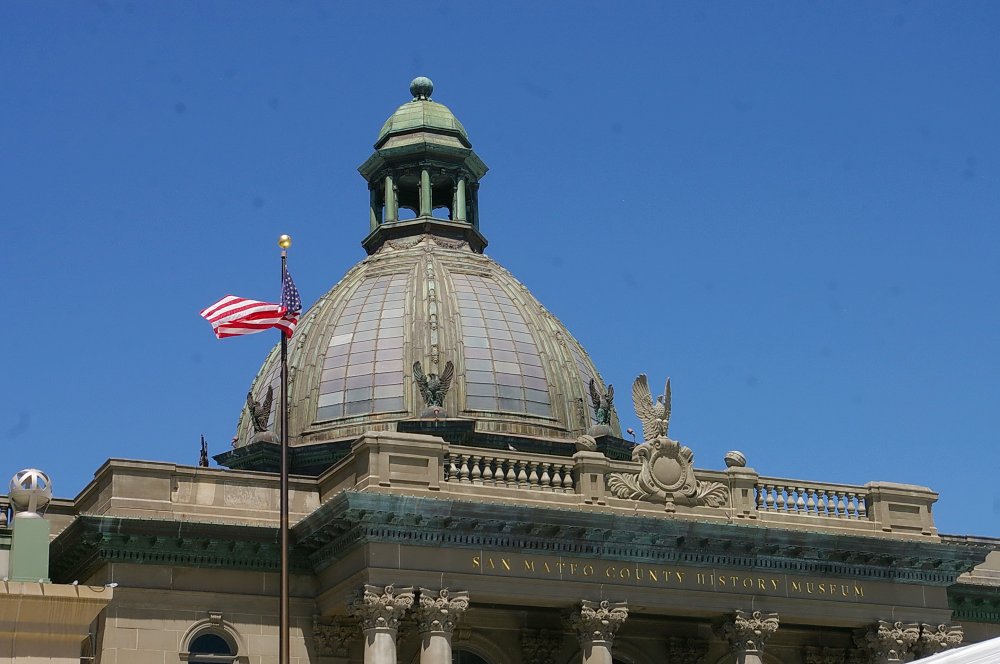 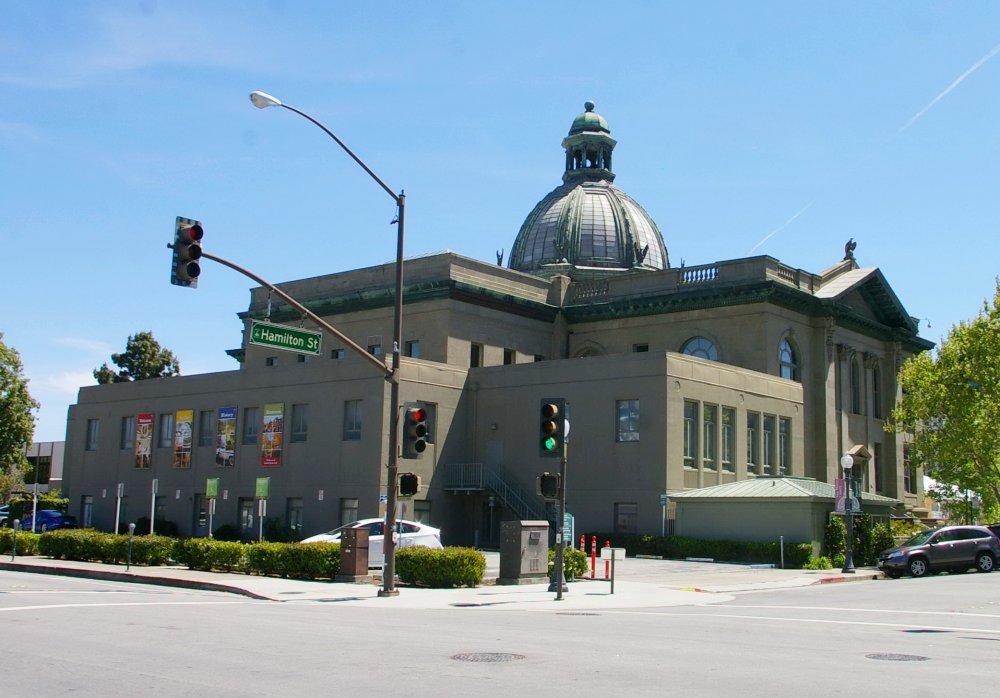 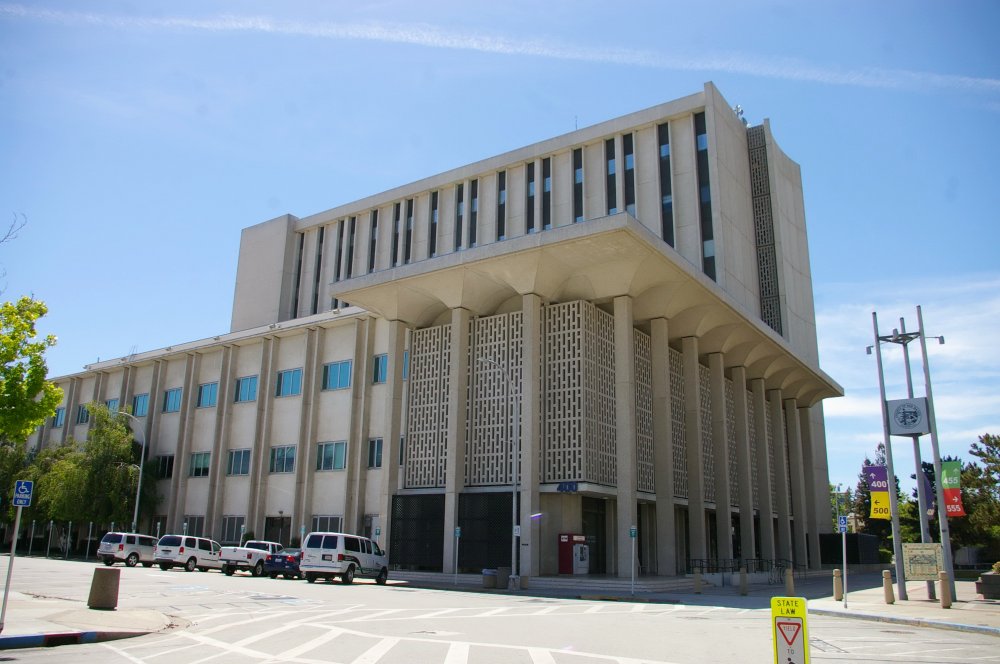 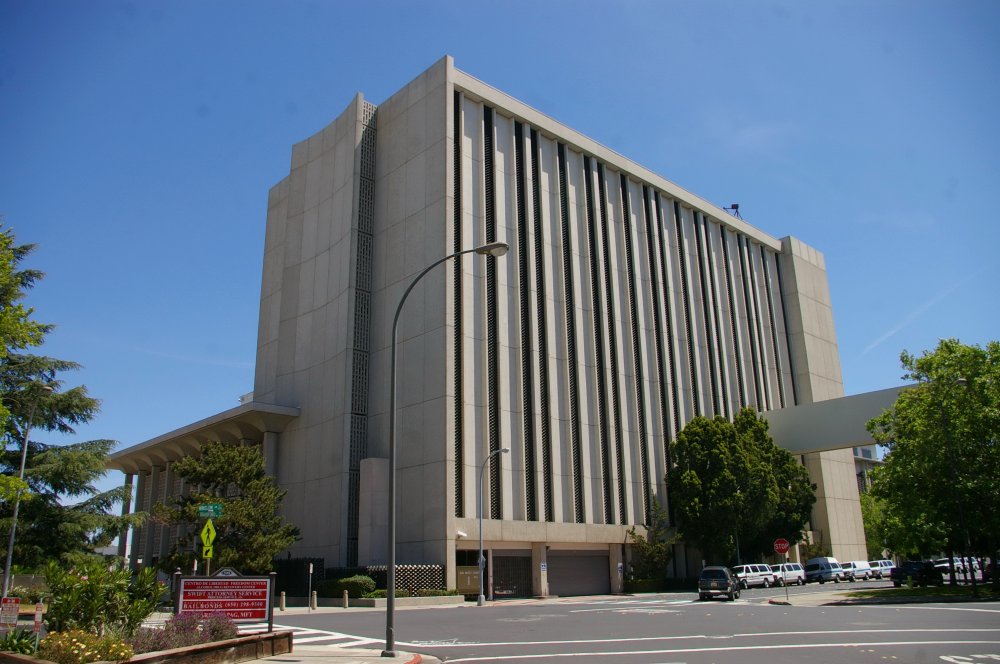