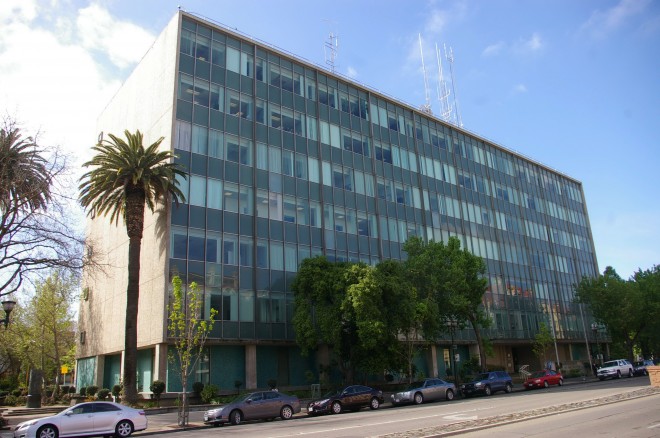 San Joaquin County is named for Saint Joachim which in Spanish is “Joaquin”.

Description:  The building faces north and is a seven story buff colored brick, concrete and glass structure. The north and south sides have horizontal windows with horizontal green colored panels between. The east and west ends are buff colored brick, The north side has a central entrance and there are vertical pillars with green colored tiles behind. The main entrance is along the west side with a glass panel section adjoining the lower building on the south side. The Goddess of Justice from the second courthouse constructed in 1890, stands on a pedestal at the west side entrance.

Note:  The old courthouse constructed in 1890 and designed by Elijah E Myers was demolished in 1961 to make way for the present courthouse. Description:  The building faces north and is a thirteen story glass and concrete  structure. The building is located on Hunter Square in the city center. The transparent entry lobby is positioned adjacent to the tower and expressed as a grand public room framed by a tall colonnade and broad entry steps. The courtrooms with windows allowing filtered natural light to their interior and the chambers are clad in a precast concrete reflecting the colors and character of the surrounding farmland. The courtroom waiting galleries, emphasizing transparency in justice, are expressed as a large bay window attached to a polished white colored precast frame. The flat roof over hangs the building. 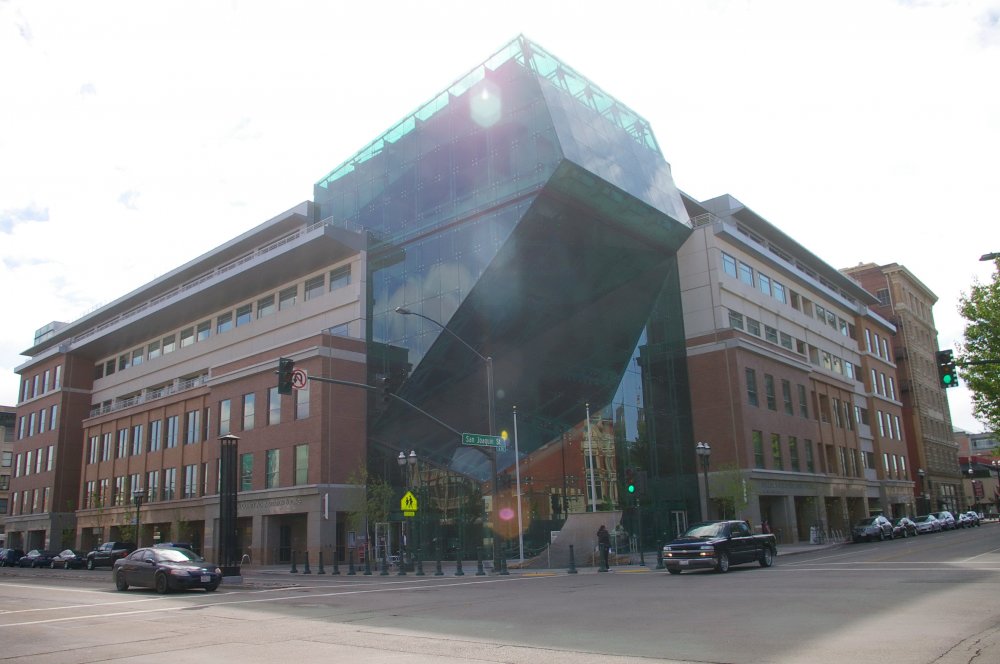 Description:  The building faces northwest and is a five story red colored brick, concrete and glass structure. The northwest corner has a large blue colored glass front which slopes upwards over the plaza. The first story has vertical concrete pillars. The entrance lobby rises to the top of the glass section. The roof line is flat. 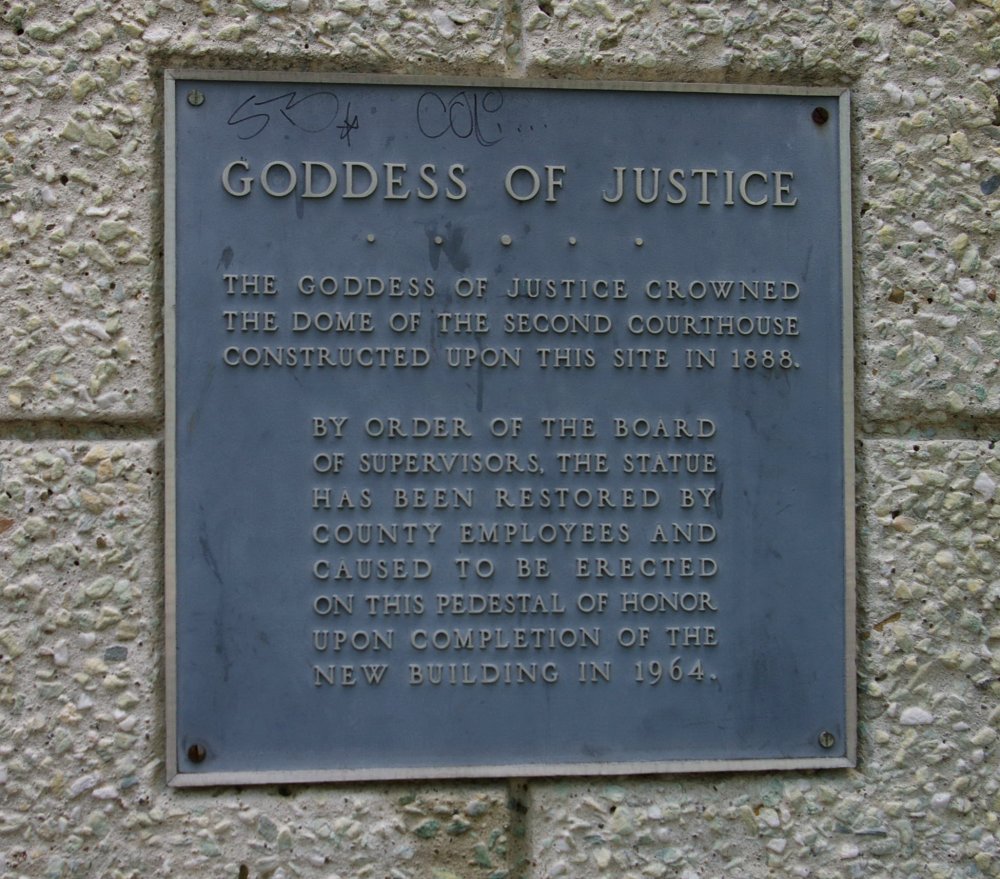