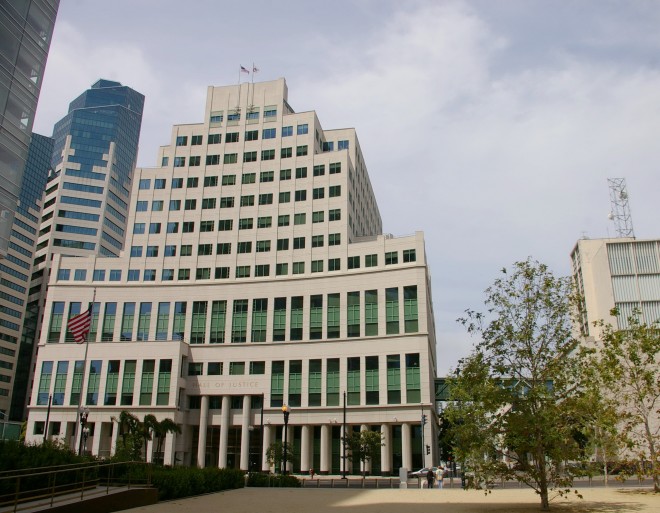 Description:  The building faces south and is a fourteen story steel, concrete and glass structure. The building is tiered with smaller sections on the upper stories. The south front has three columns at the main entrance. The windows are vertical with panels between the floors. The roof line is flat. The building was developed by Langford & Associates and Hensel Phelps Construction Company. 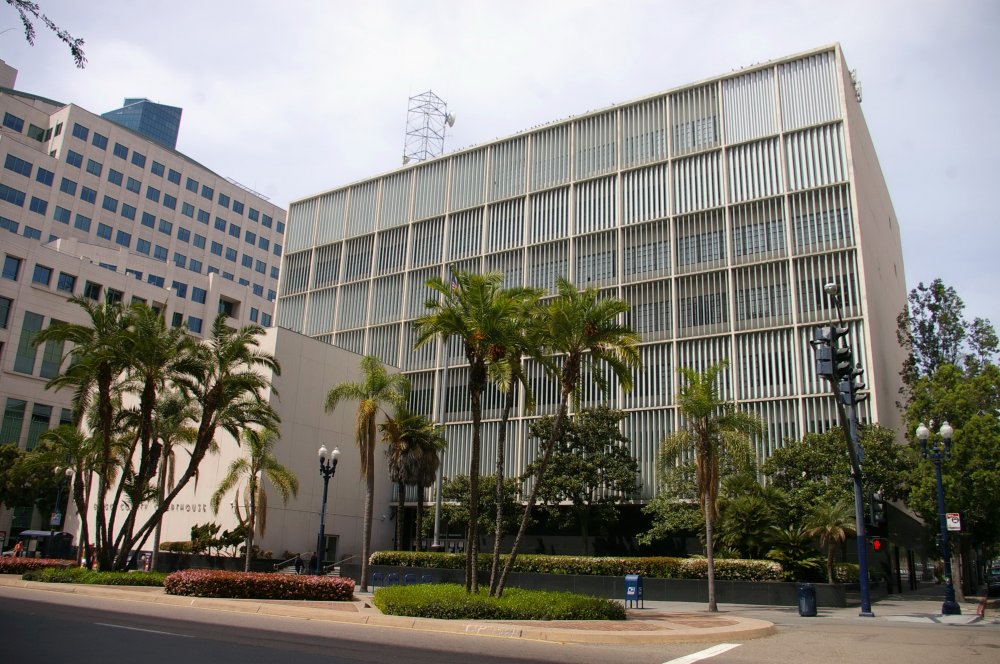 Description:  The building faces south and is a seven story steel, concrete and glass structure. The building is located on the east side of the Hall of Justice. The rectangular building has vertical and horizontal concrete dividers with large glass panel walls. The east and west sides of the building have a few small windows. The roof line is flat. On the southwest corner is a three story concrete addition. A three story addition extends north for two blocks.

Note:  The previous courthouse was designed by Comstock & Trotsche and constructed by P J McCormick in 1889. 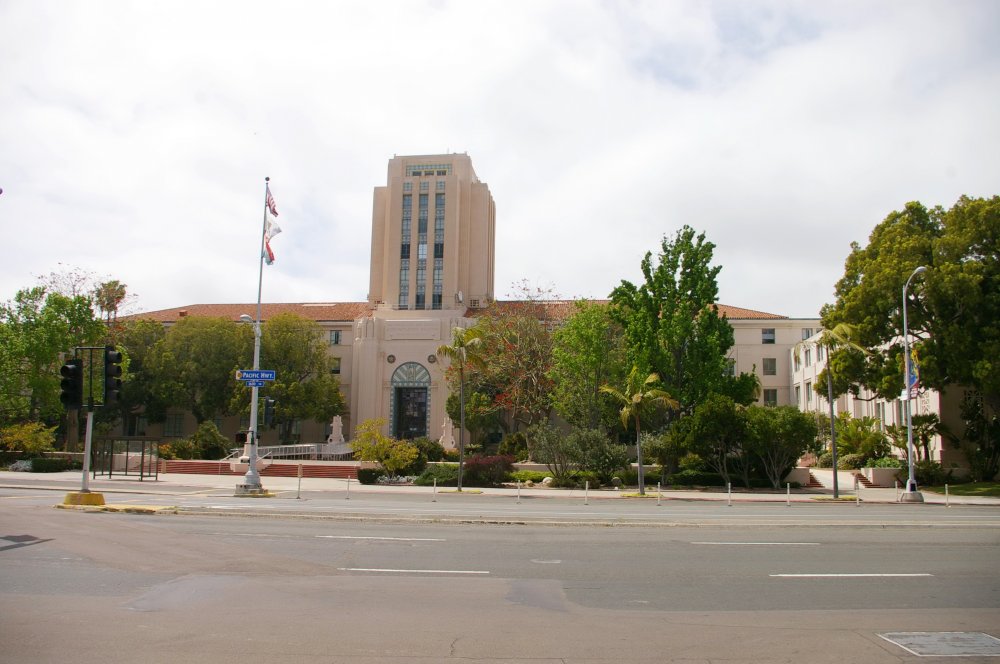 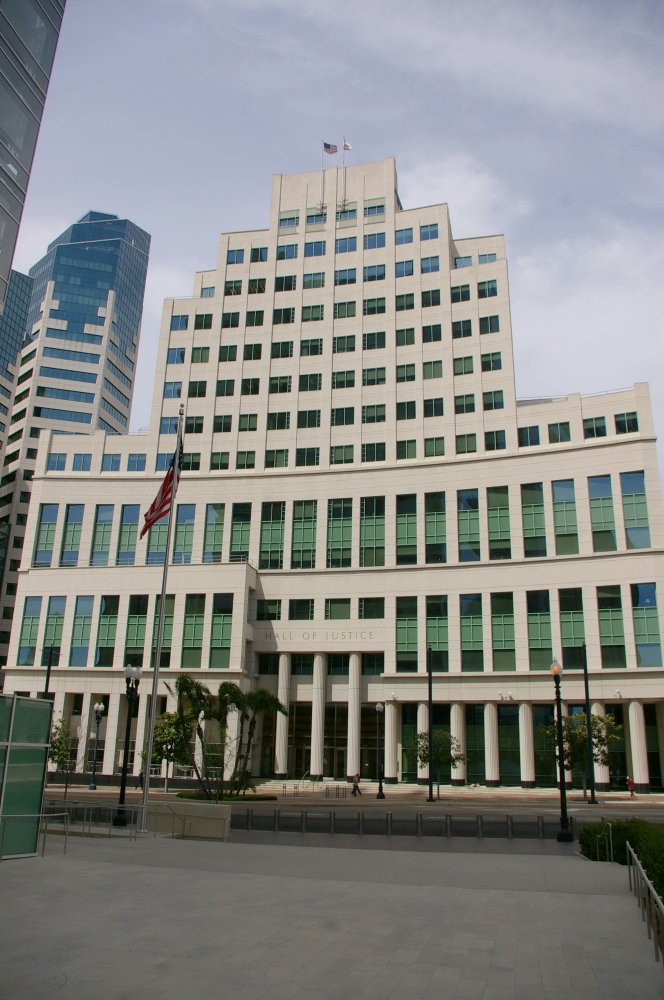 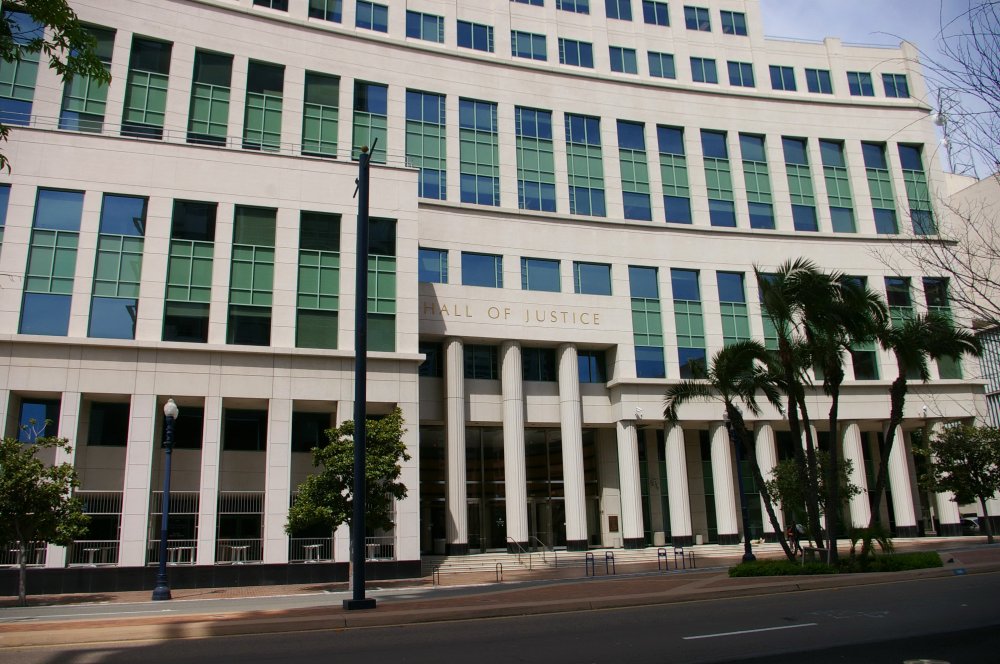 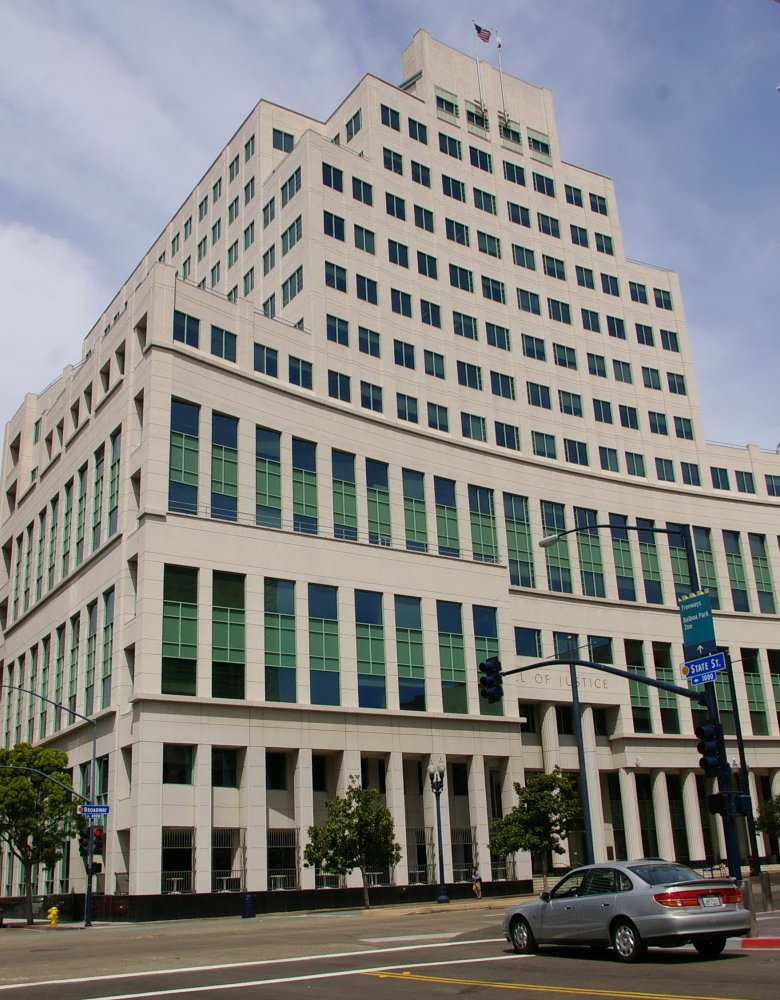 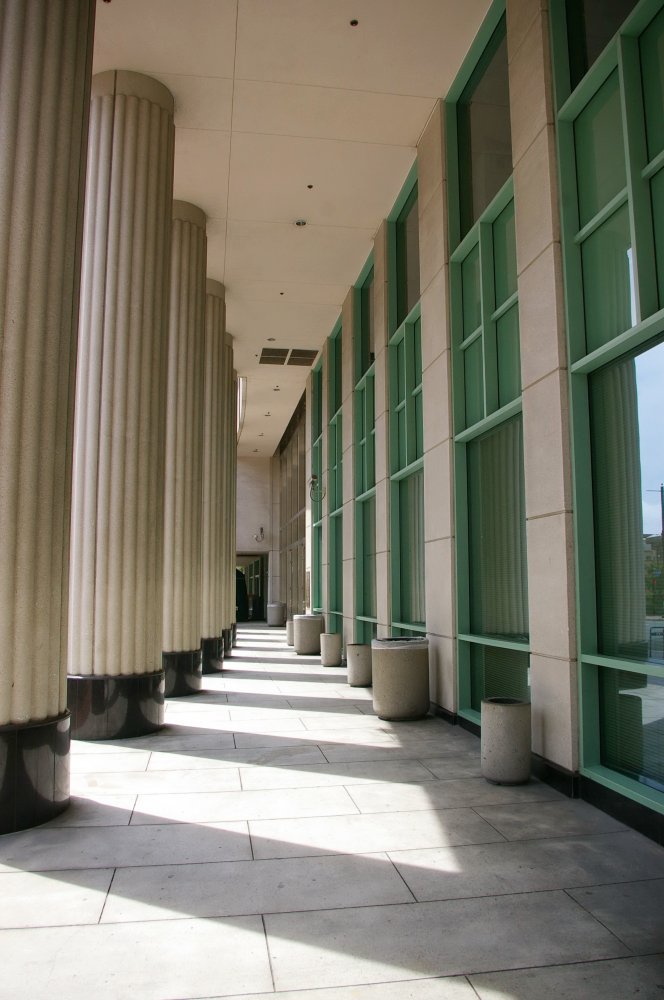 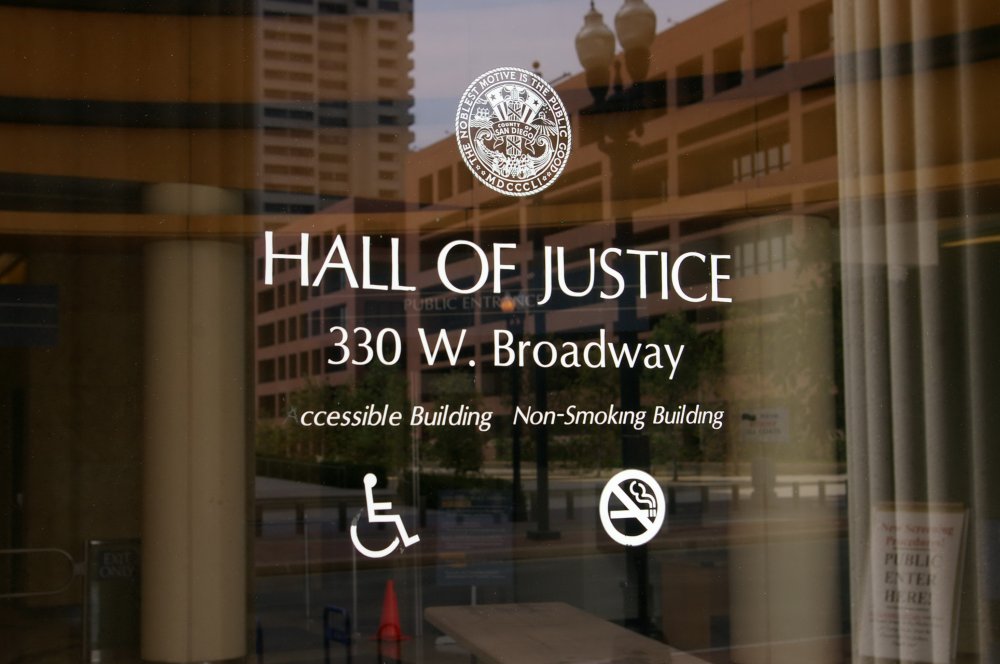 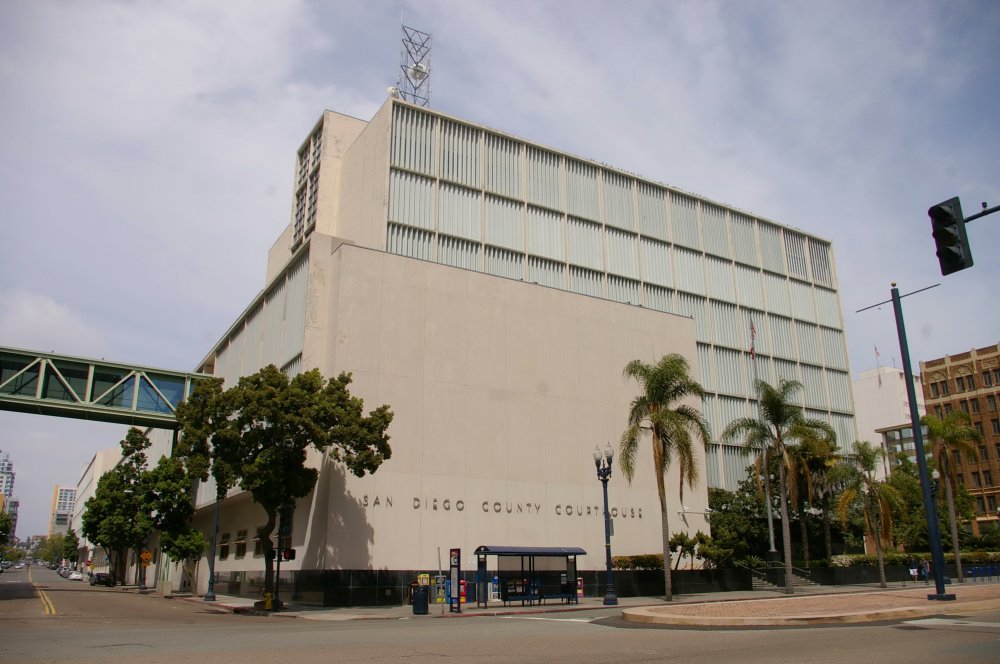