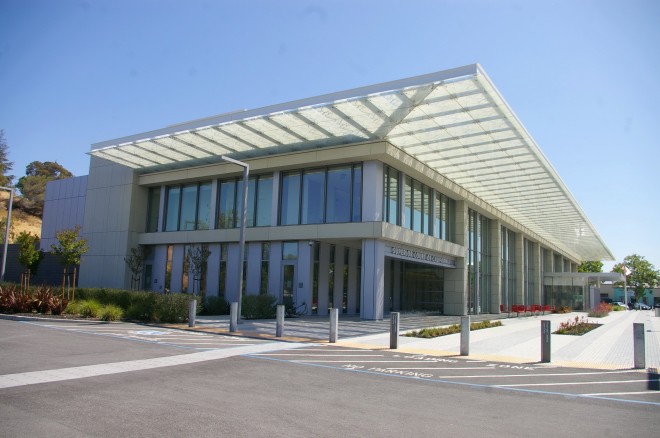 San Benito County is named for Saint Benedict which in Spanish is “San Benedicto”.

Description:  The building faces south and is a two story concrete and glass structure. The building is located on spacious landscaped grounds with a large open plaza at the front to the north of the old courthouse.. Vertical concrete pillars run along the south front with large glass windows between. The central entrance has a projecting canopy. The roof extends out from the building and has transparent material. The roof line is flat. 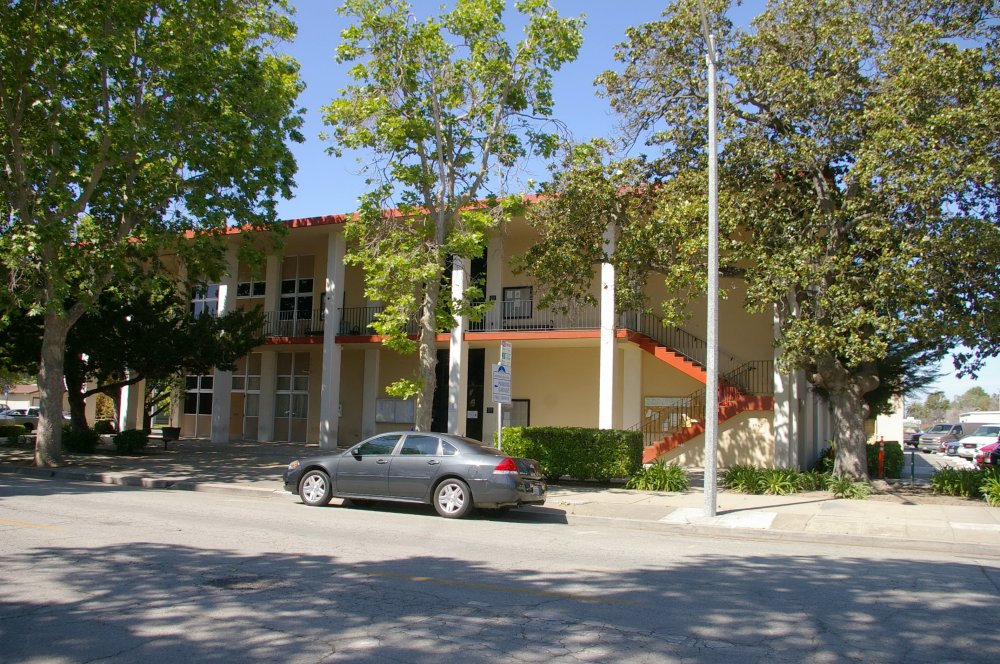 Description:  The building faces east and is a two story yellow colored stucco and concrete structure. The building is located on landscaped grounds in the center of the city. The building has a porch on the east and south sides with outside stairs on the east side. Vertical concrete pillars rise to the flat roof line. The courtroom was located on the second story. On the west side are the old jail which was attached to the 1888 courthouse. The building now serves as county offices.

Note: A courthouse was designed by John Gash and constructed in 1888. In 1961, an earthquake damaged the building and it was replaced with the 1962 building. The cost of construction of the 1962 courthouse was $569,171. 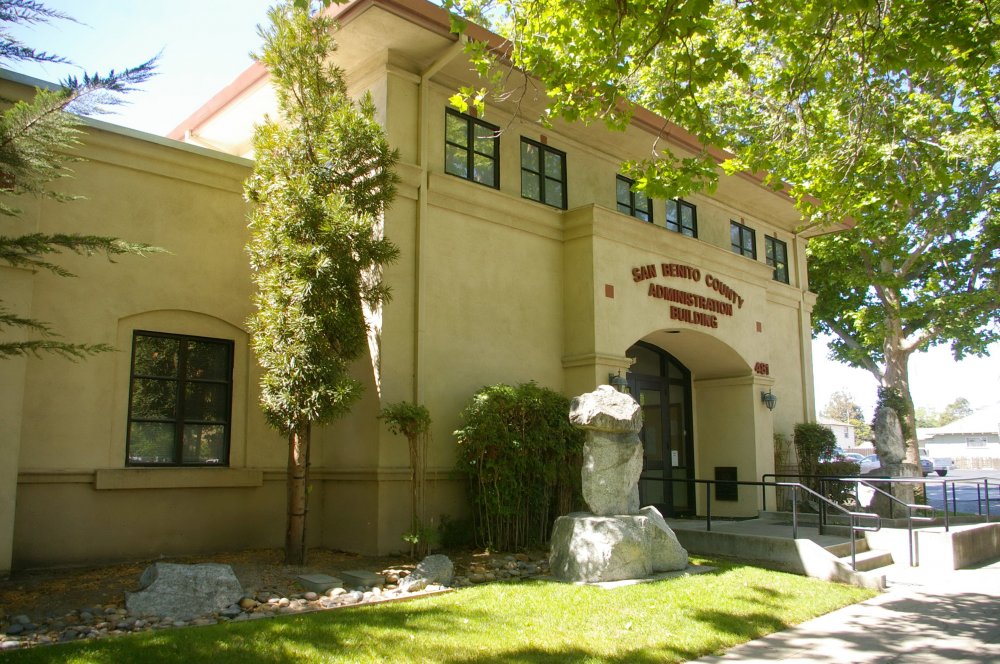 Description:  The building faces north and is a two story yellow colored concrete  structure. The building is located on landscaped grounds in the center of the city to the north of the old courthouse. The building has a two story rectangular section on the west side with large arched entrance on the first story. On the east side is a lower one story section. The project manager was Vanir Construction Management Company. 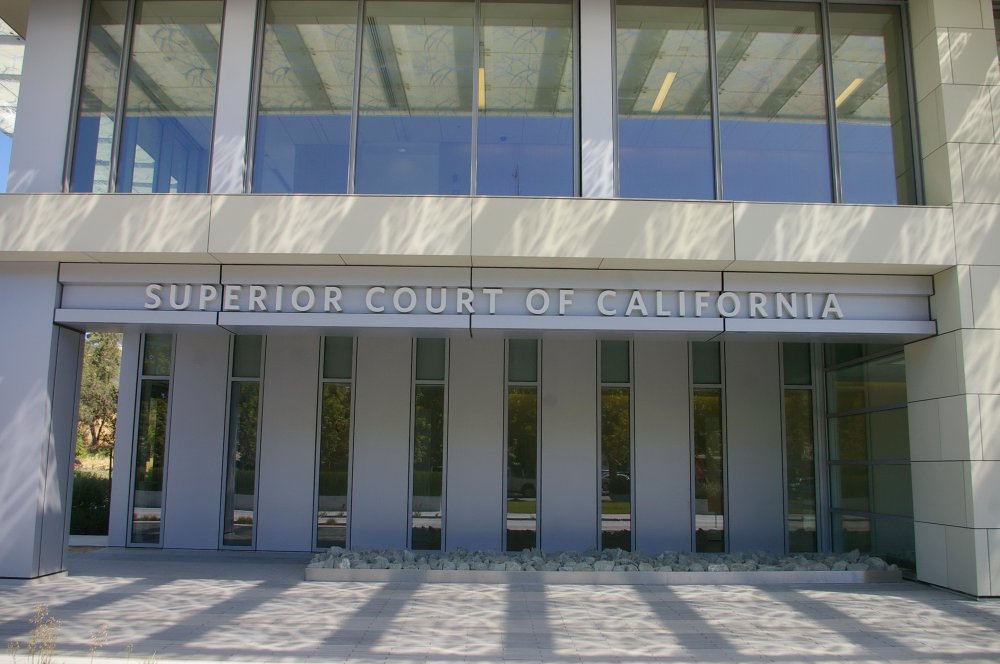 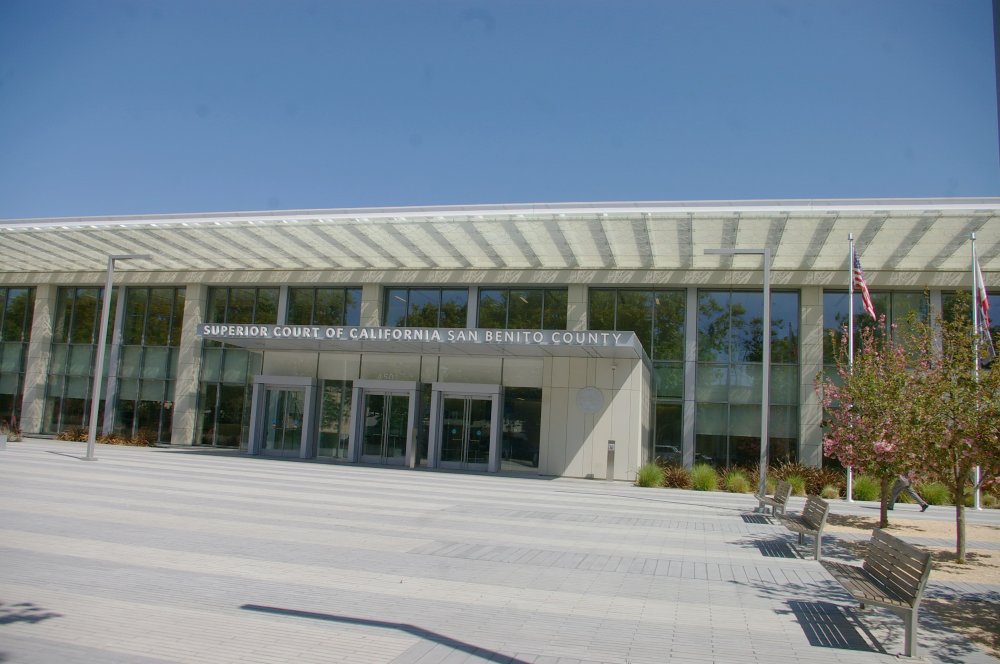 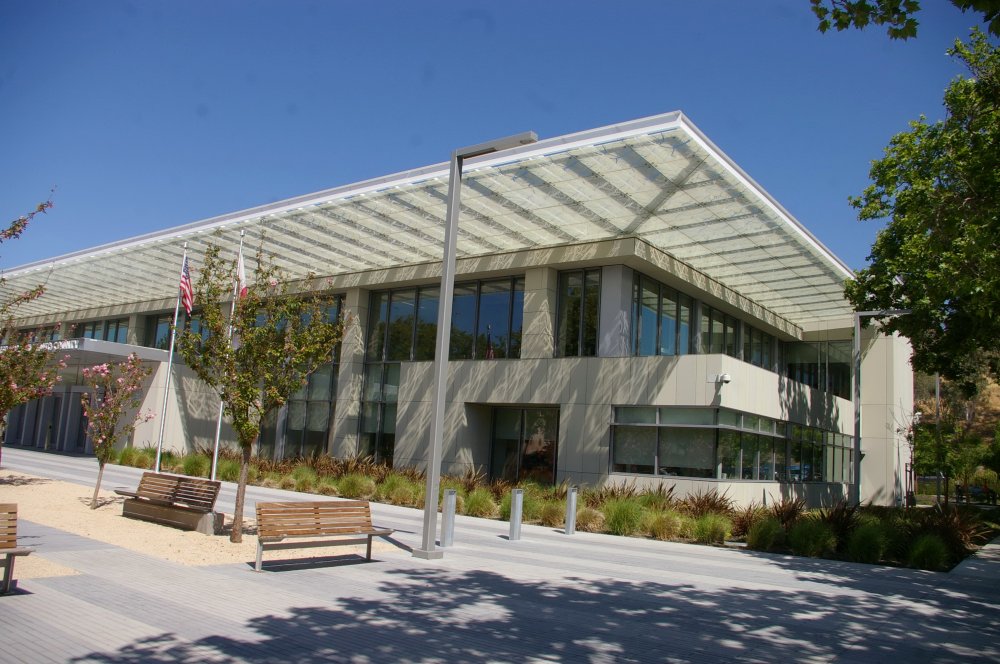 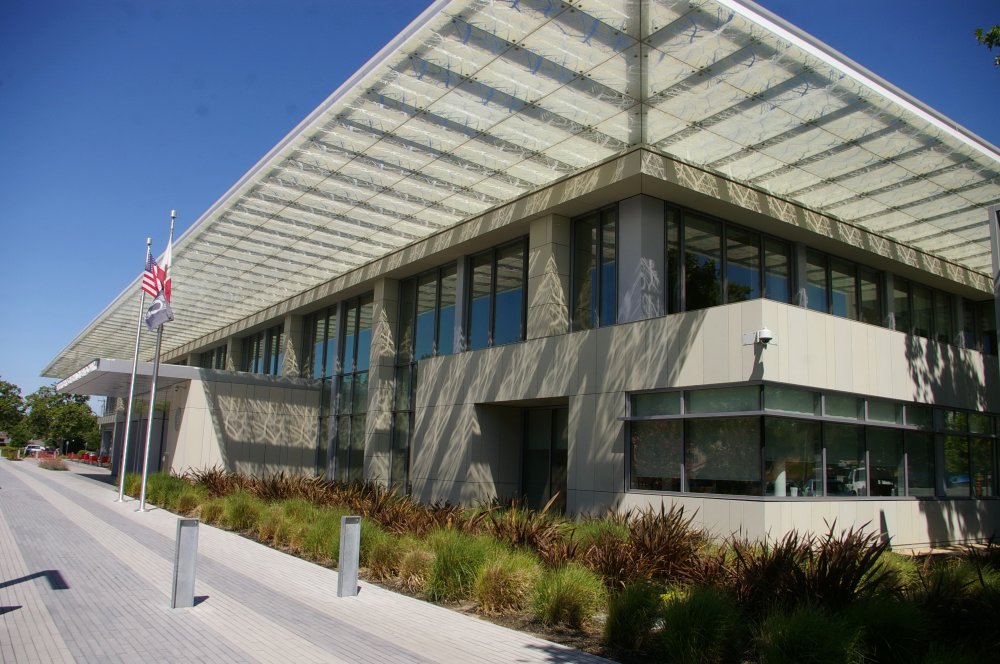 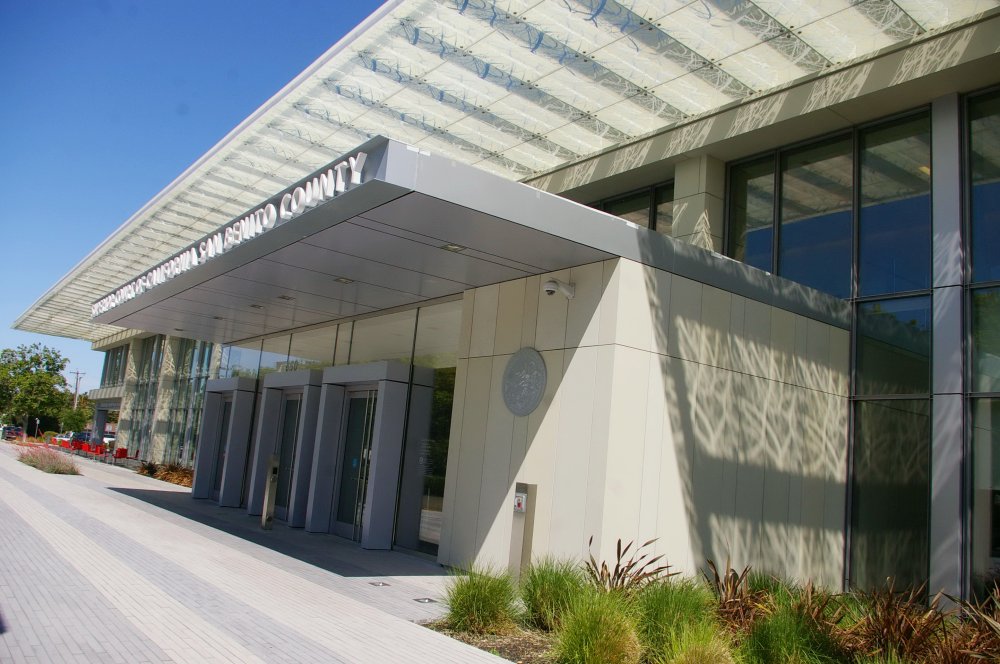 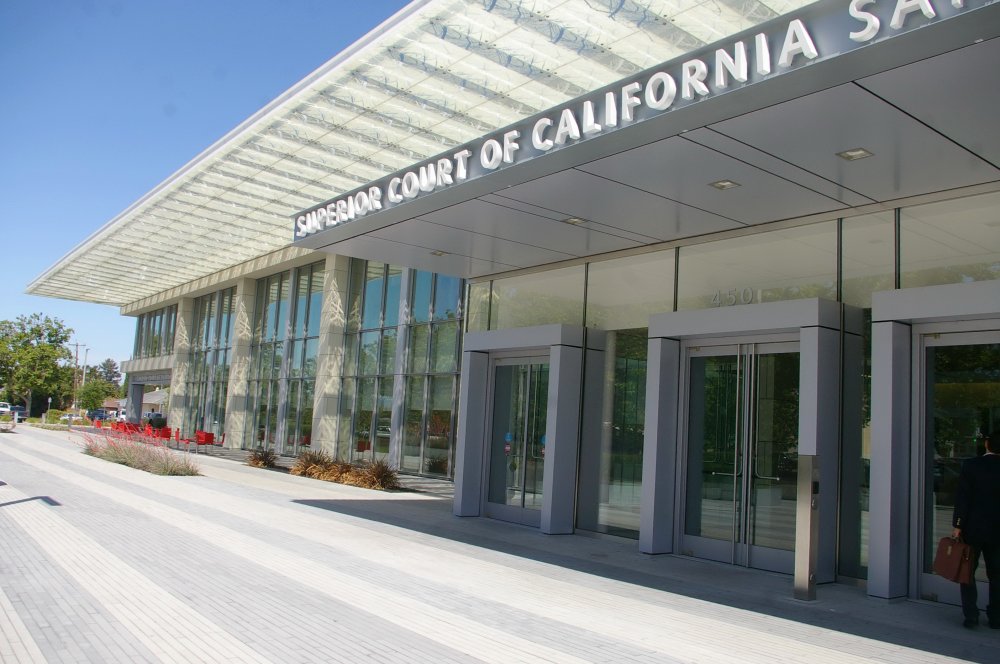 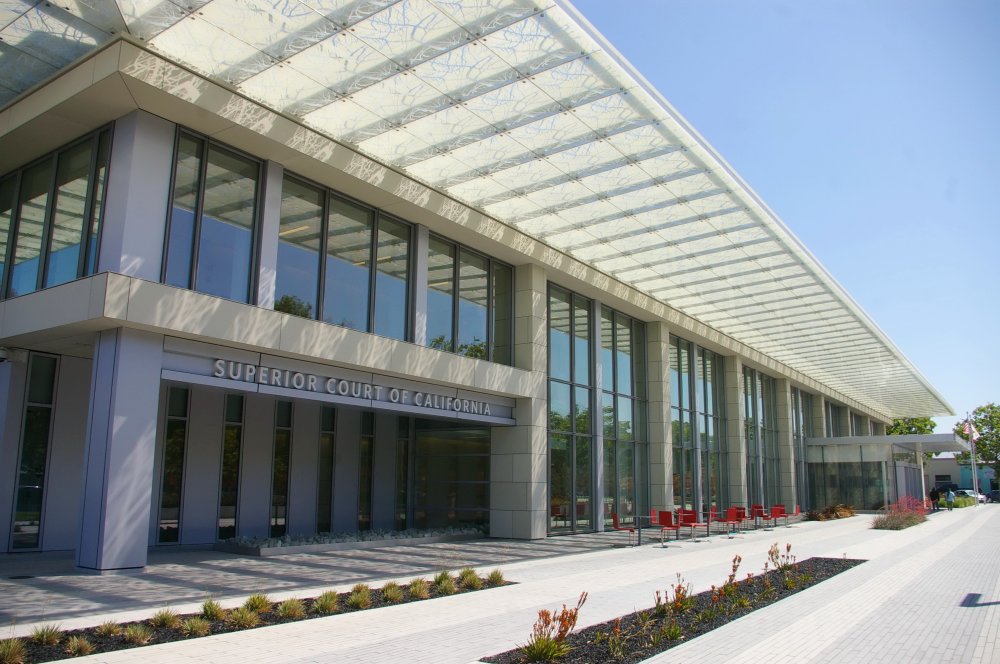 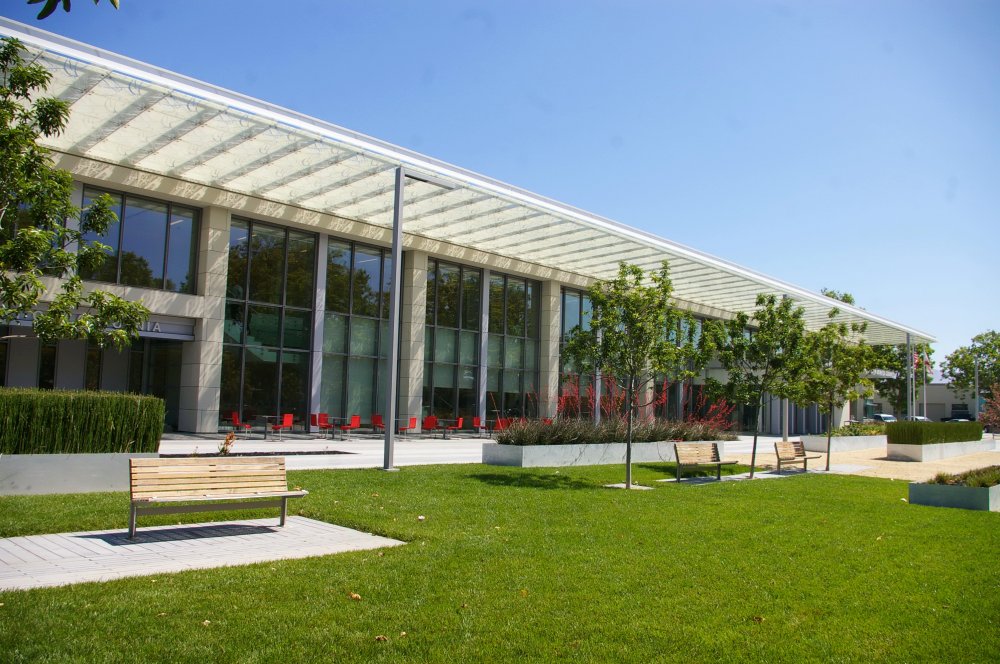 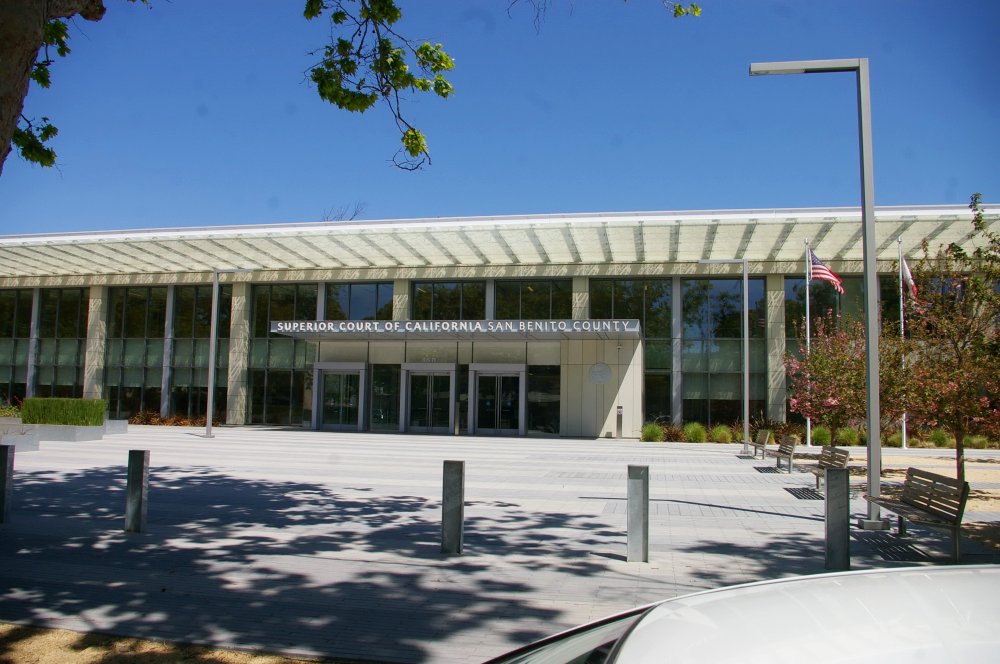 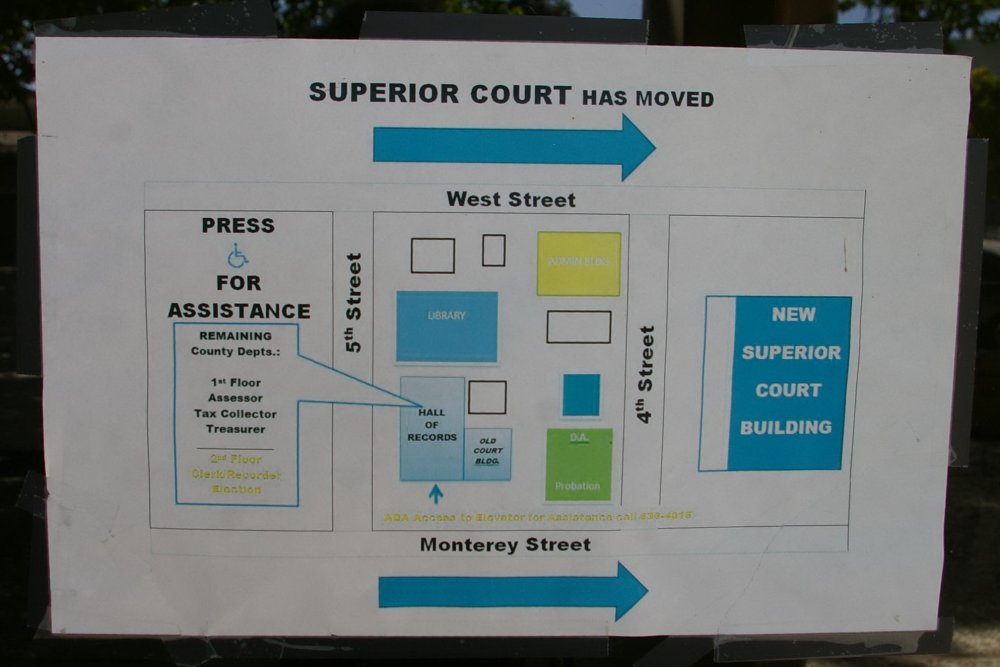 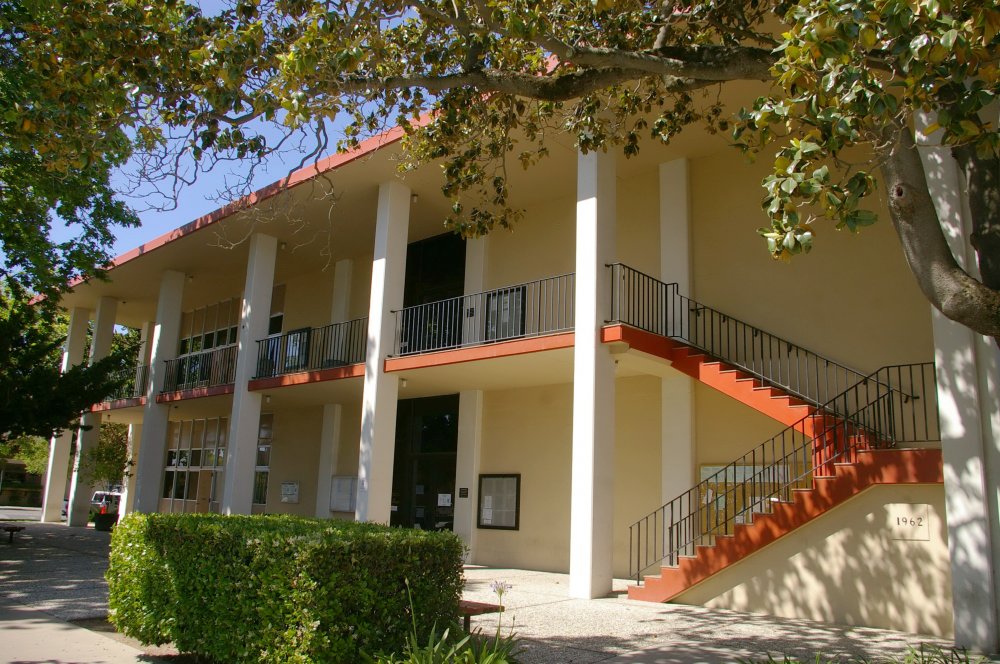