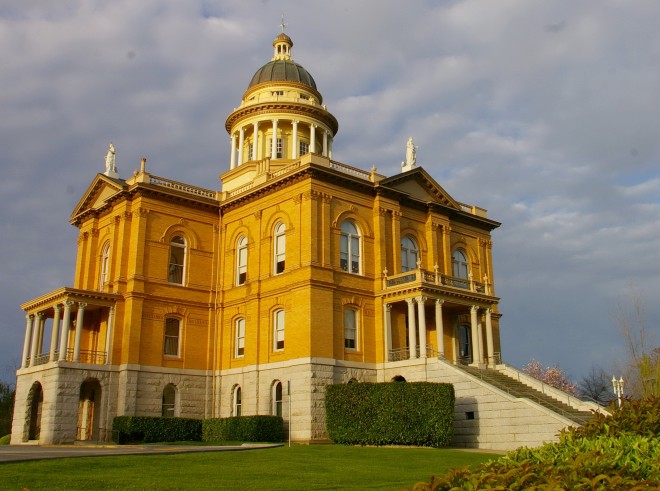 Placer County is named for the small flakes of gold found in the area during the California Gold Rush. 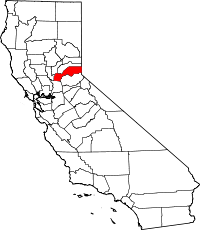 Description:  The building faces north and is a three story yellow colored brick and stone structure. The building is located on landscaped grounds in the center of Auburn. The north front has a projecting wing with wide steps leading up to the porch on the second story which has four columns rising to a balcony at the third story. Above the balcony are four vertical pilasters rising to a pediment at the roof line. There is a larch portico on the east side. A balustrade runs along the roof line. On the center of the roof is a large dome with columns and a lantern at the top. The building houses the County Superior Court. The building was restored in 1986 to 1990.

Note:  The building is one of the four surviving 19th century courthouses in northern and central California which retain most of their architectural ornamentation and magnificent domes. Most of the building materials come from the local area: granite from Rocklin, and bricks and terra-cotta trim from Gladding McBean in Lincoln. The lime and lumber came from various other areas in Placer County, and the slate for the roof is from El Dorado County. The Courthouse bell came around Cape Horn and was originally used to summon officials to court.

Description:  The building faces north and is a two story glass, brick and concrete structure. The building is located on landscaped grounds in the DeWit Government Center Complex to the north of the center of Auburn. The building is “U” shaped with a circular entrance section at the north corner with open porch on the first story. The building is named as the Ciunty Justice Center. The building houses the County Superior Court – Criminal. 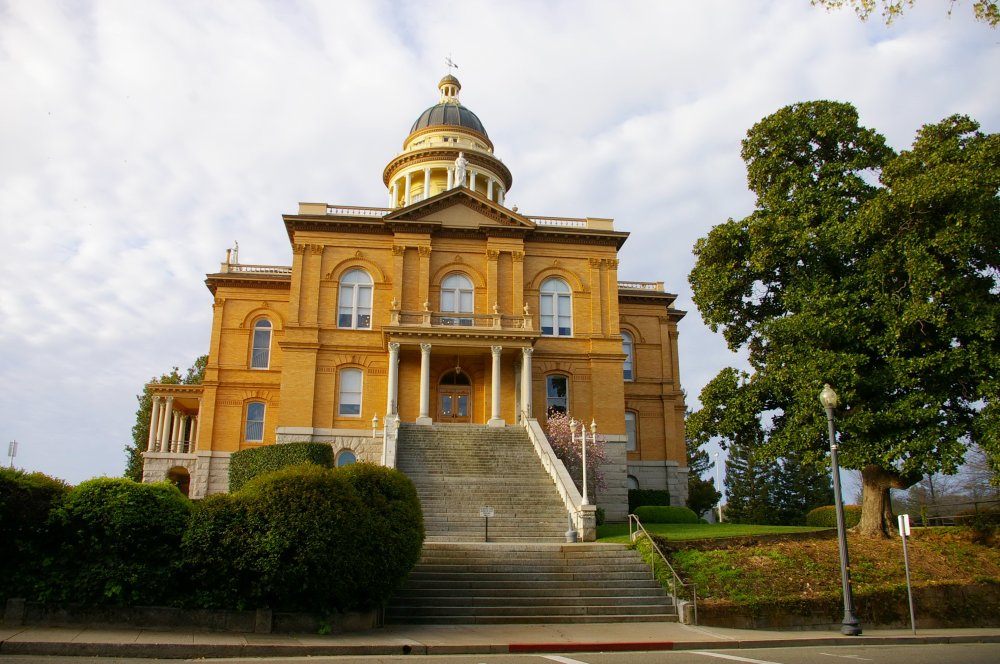 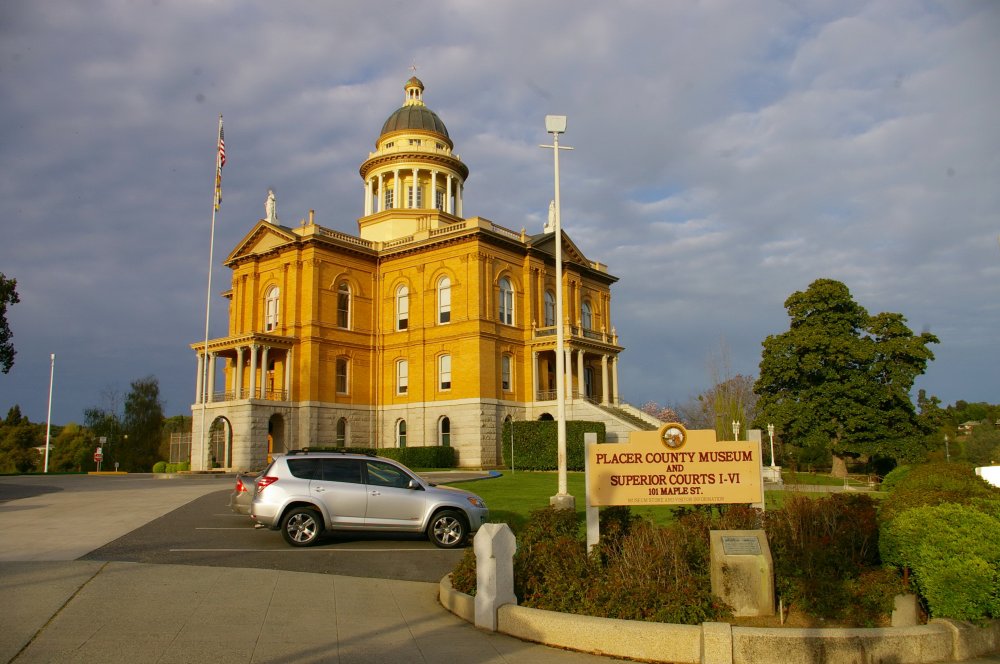 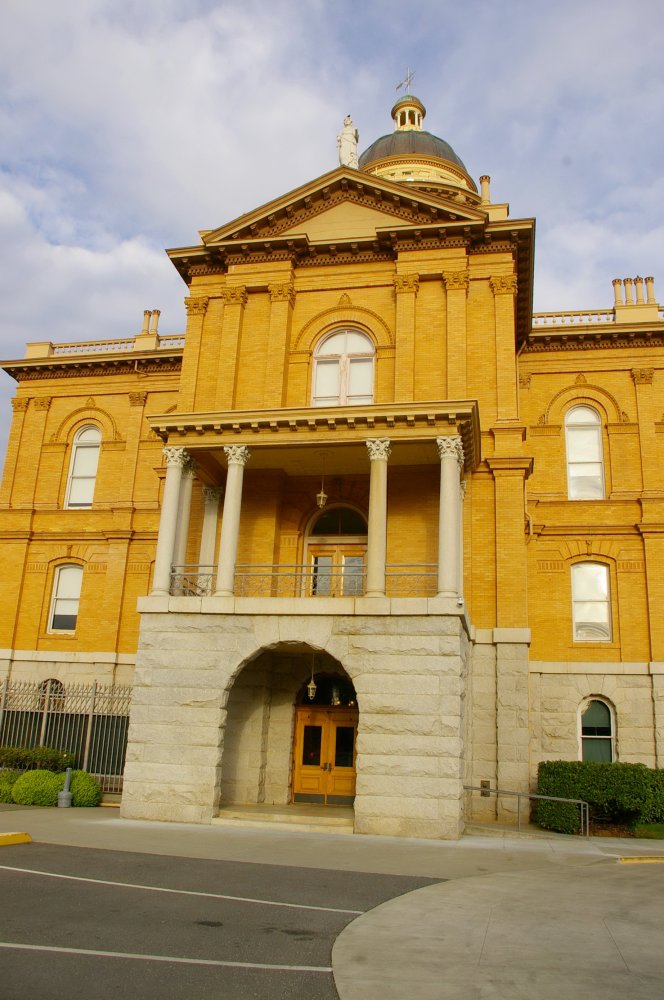 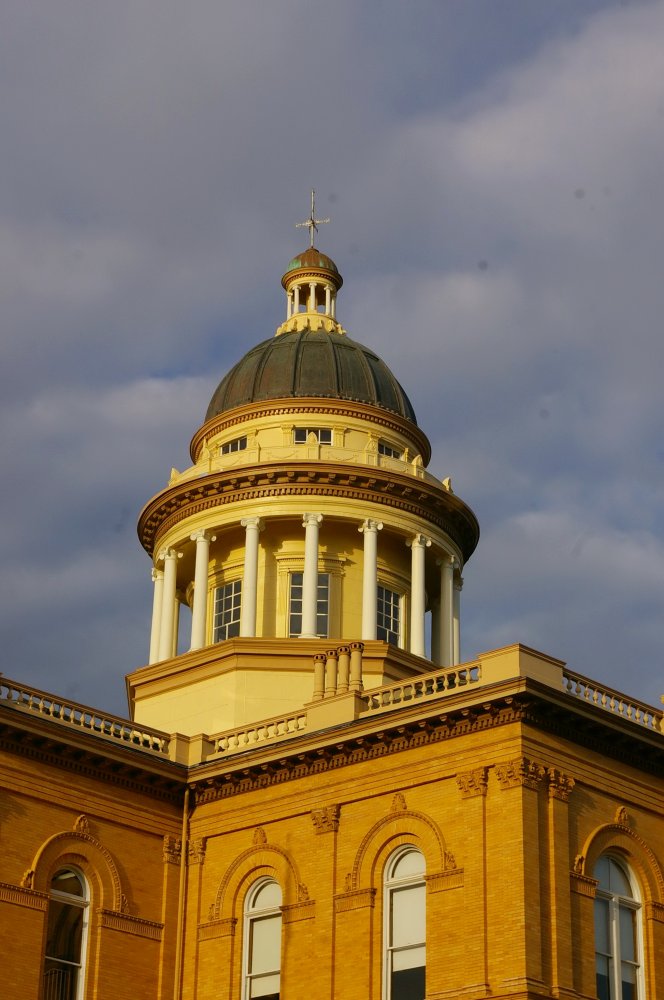 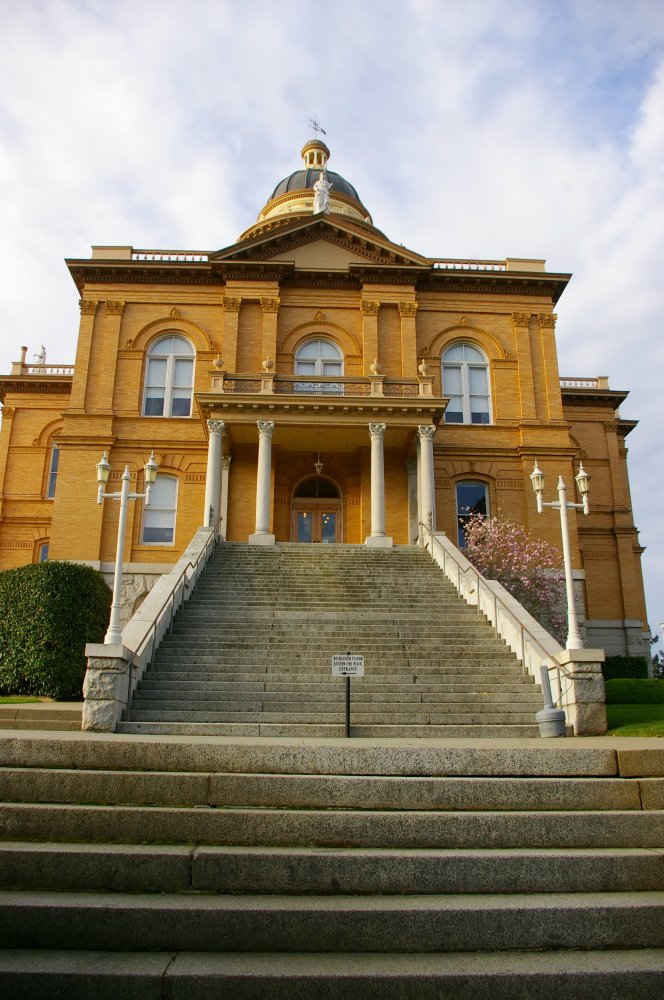 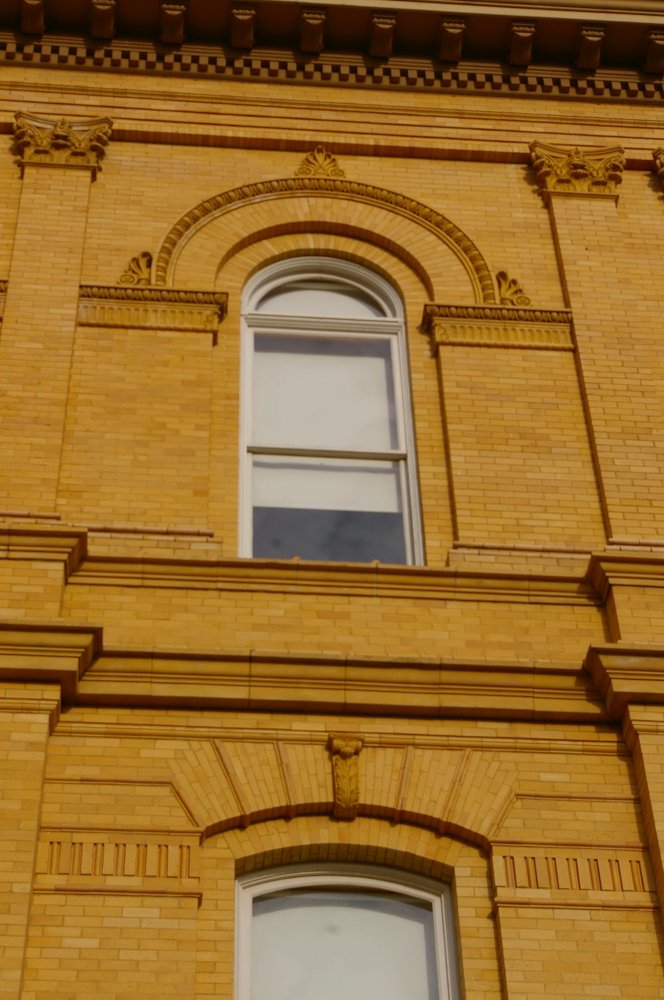 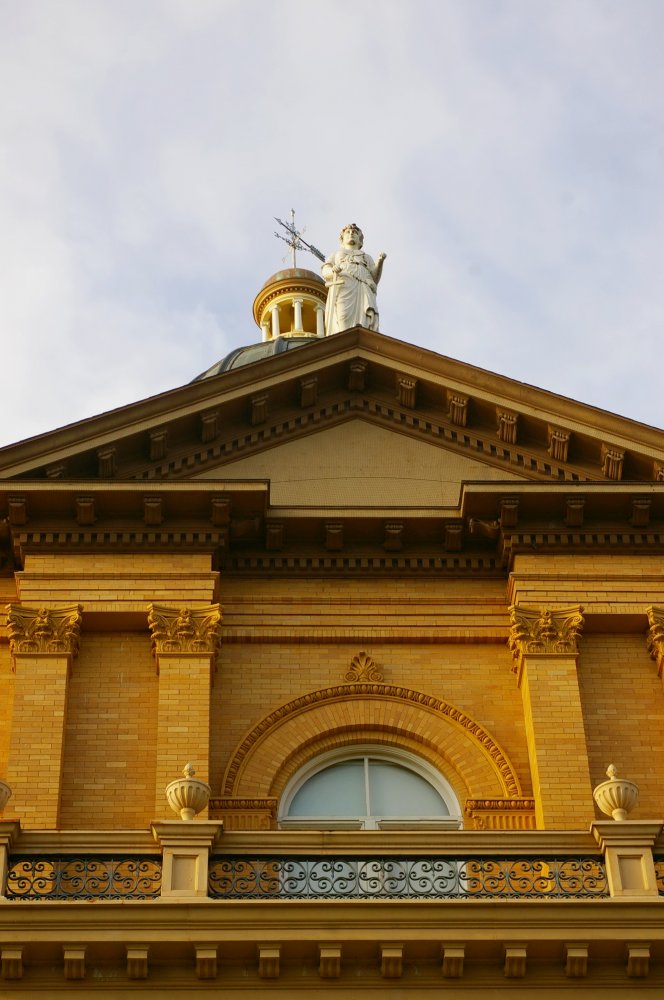 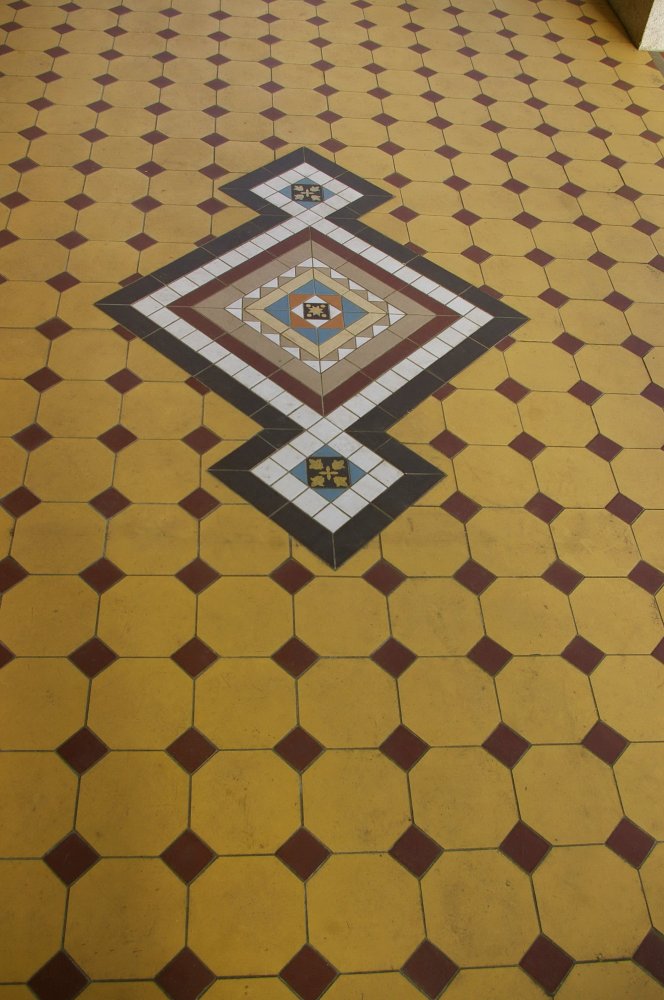 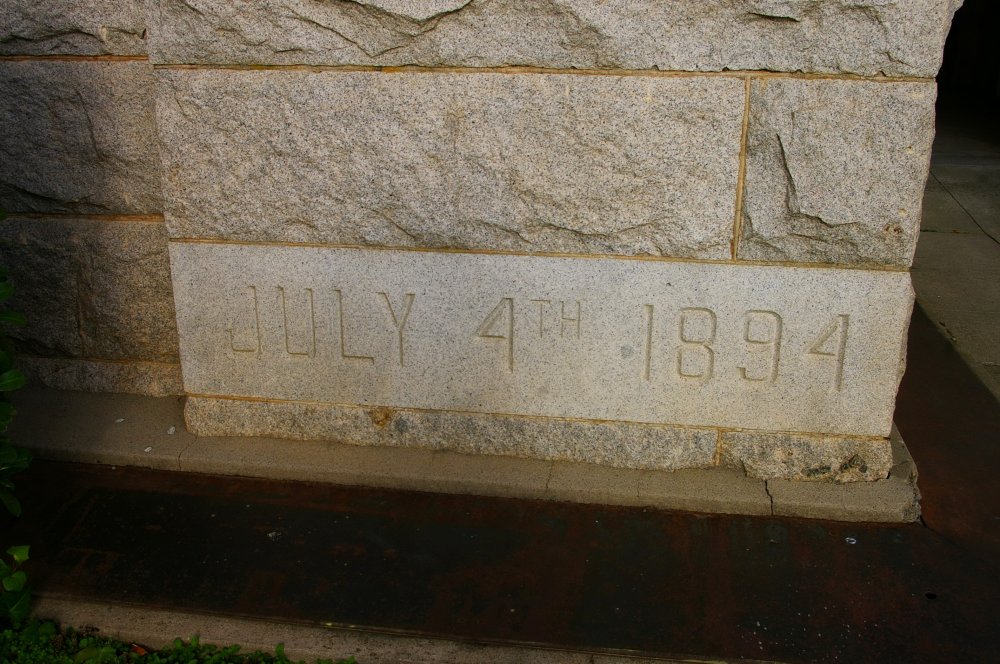