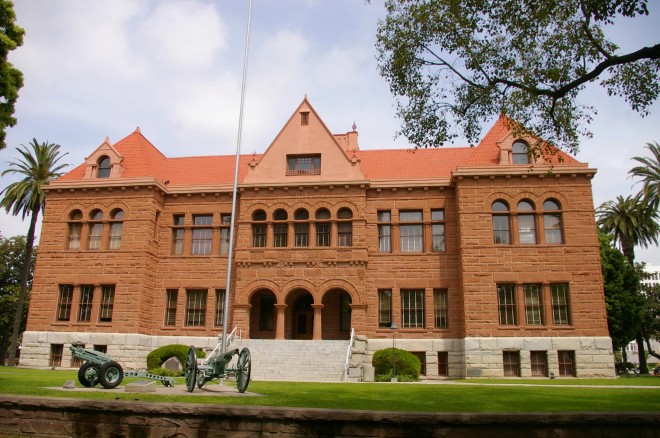 Orange County is named for the citrus fruit widely grown in the region.

Description:  The building faces south and is a two story red colored sandstone structure. The south front has a projecting center section with three arches on the first story with recessed entrance. The second story has five smaller arches and above the wall comes to a peak. Each corner has a large square towers with steep roof, The foundation is course white colored stone. The cupola was removed in 1933 after the Long Beach Earthquake. The building served as the courthouse until 1969. Description:  The building faces south and north and is a twelve story steel, concrete and glass structure. At the northeast is the high rectangular building with vertical siding on the south side and glass windows on the north side. On the west is a lower three story wing with a polished concrete facing and a projecting dark colored facing along the south side. The glass paneled entrance is at the central junction of the two wings and has a covered walkway. The roof line is flat. The building is part of the Orange County Civic Plaza. 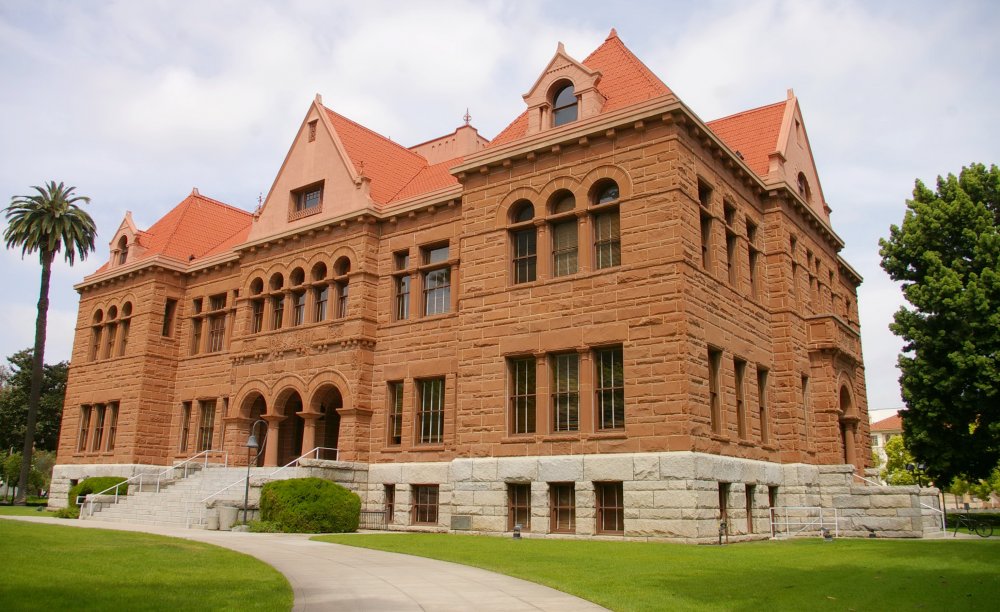 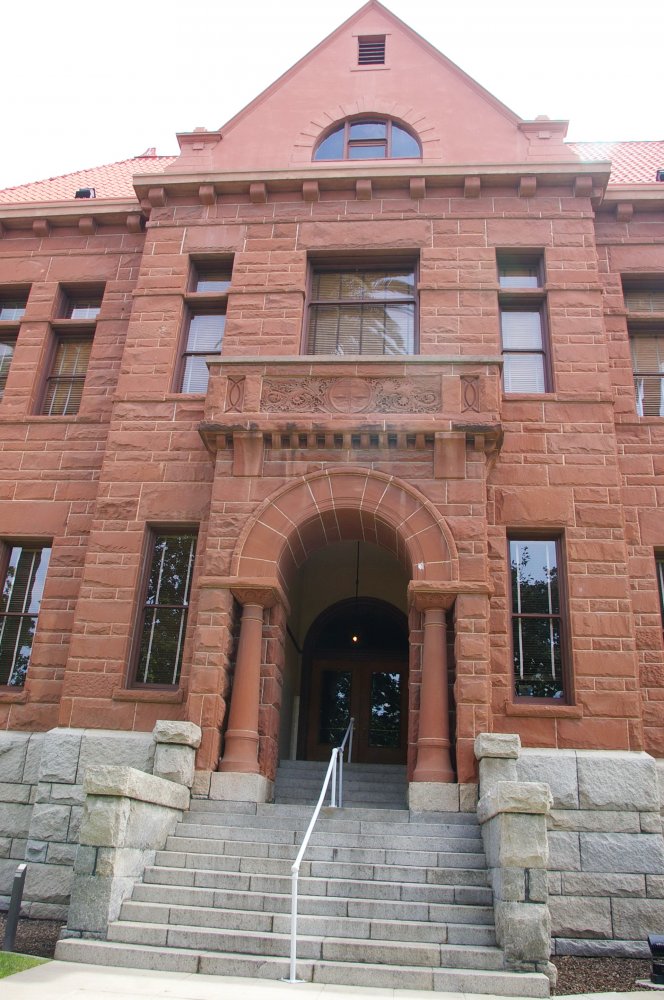 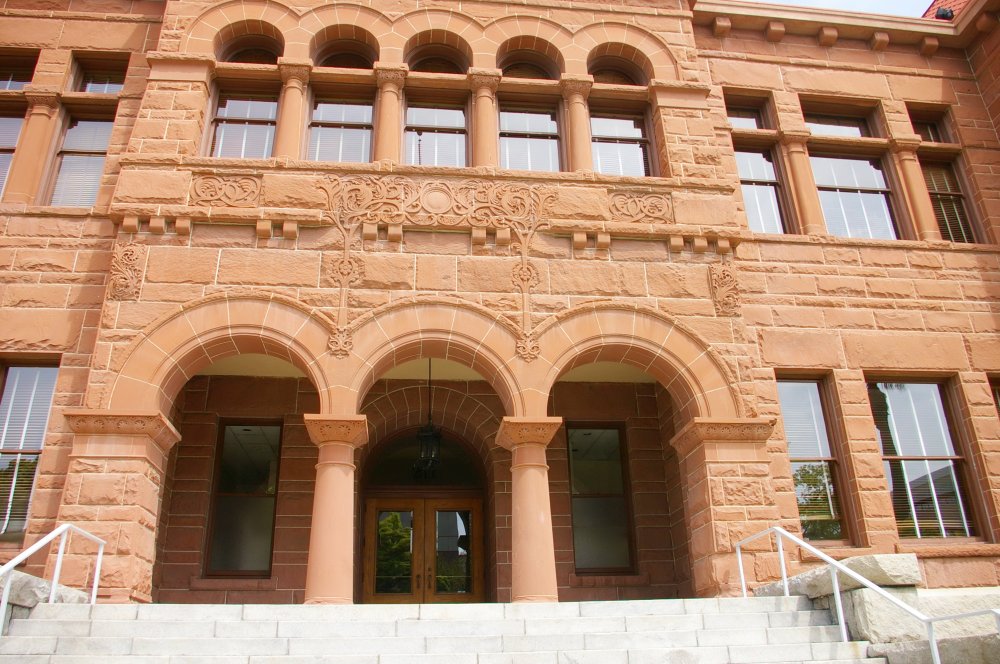 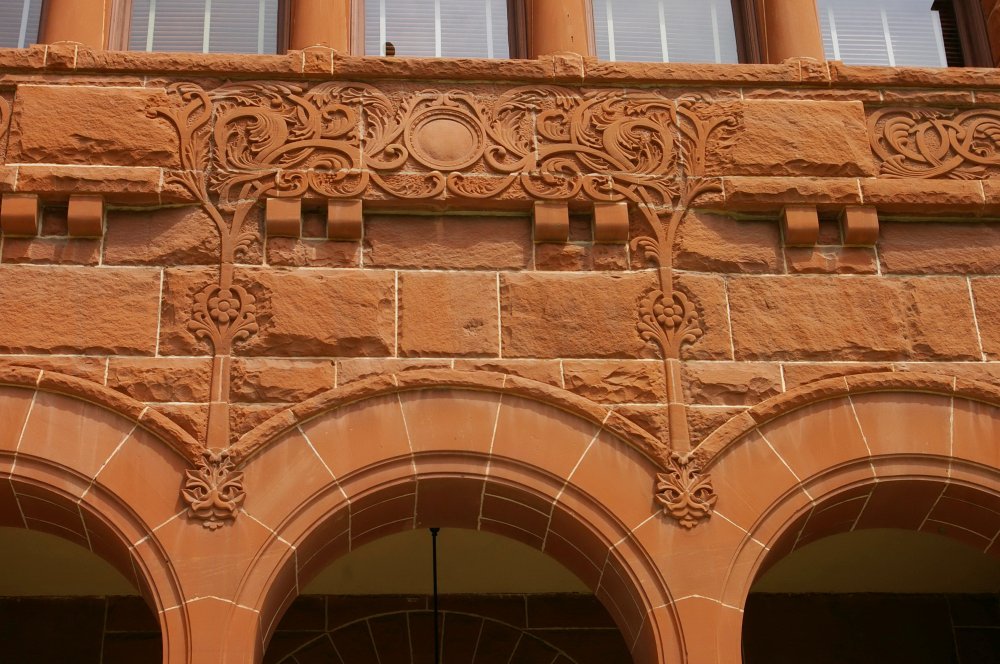 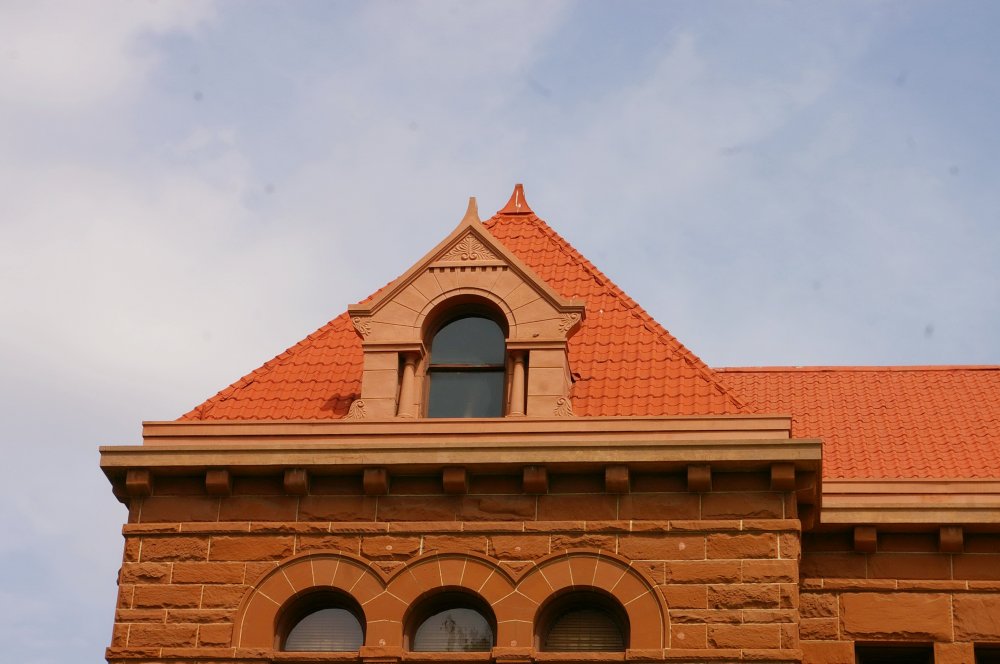 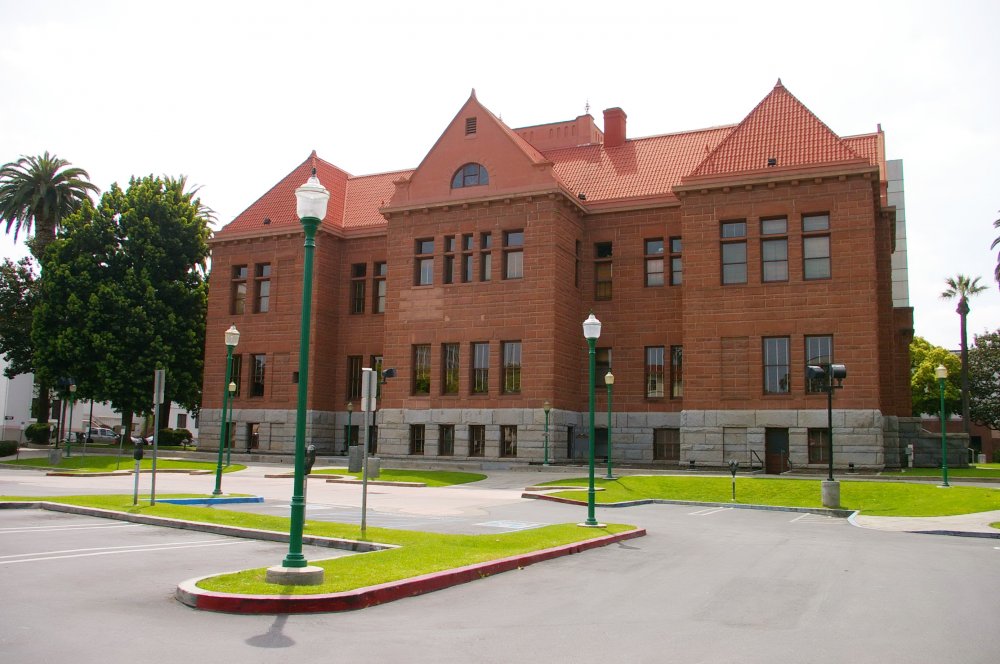 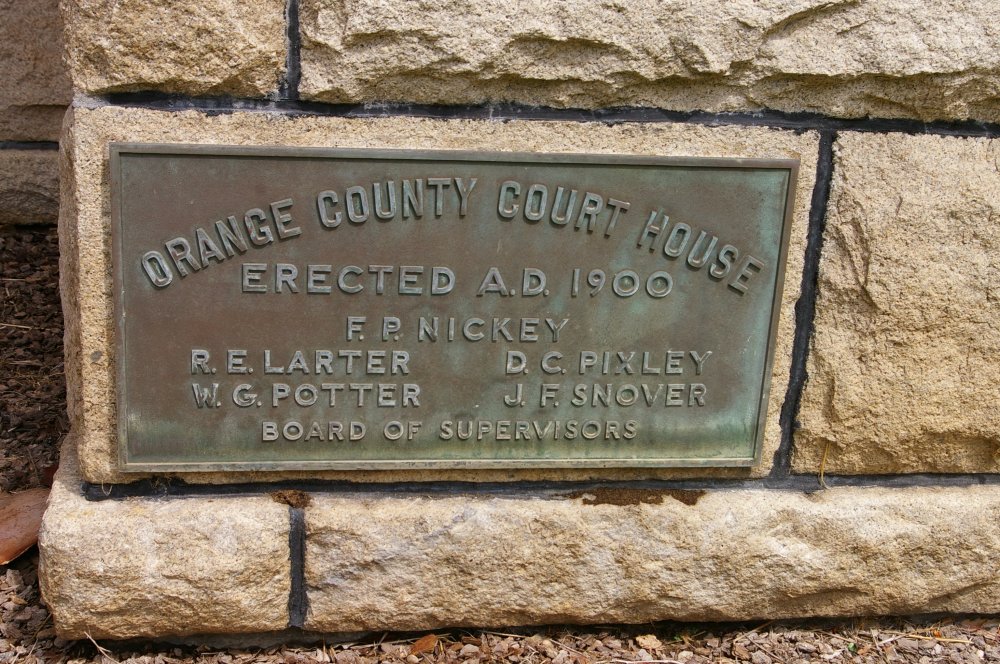 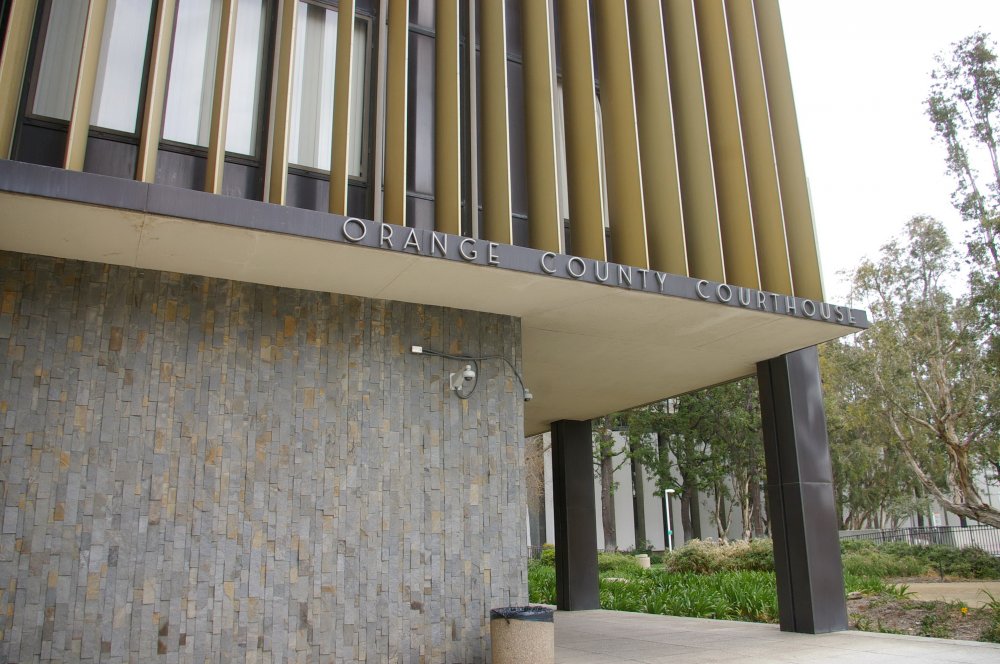 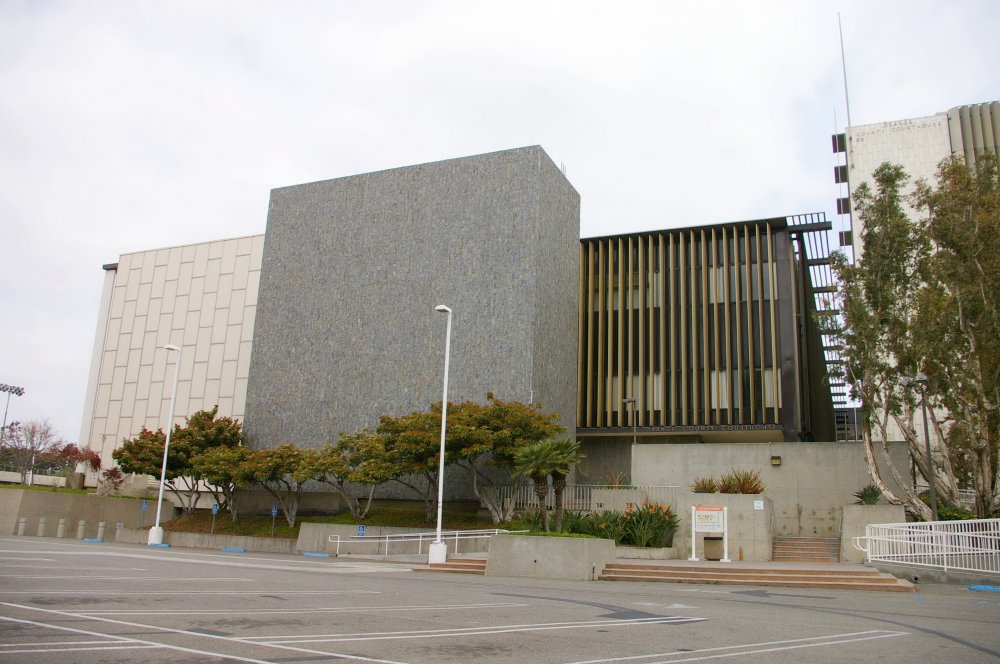 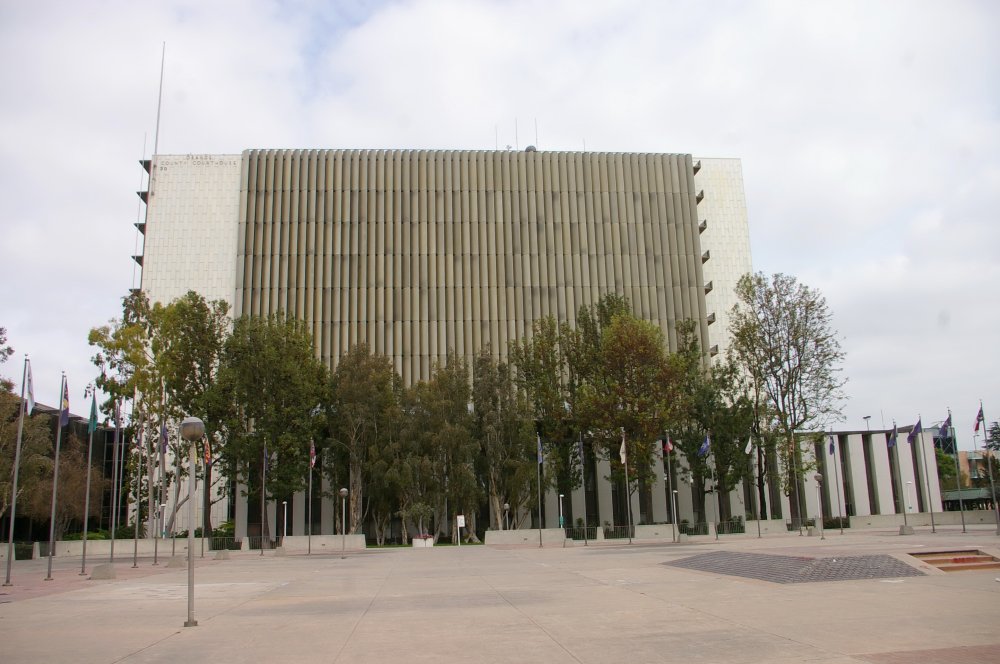