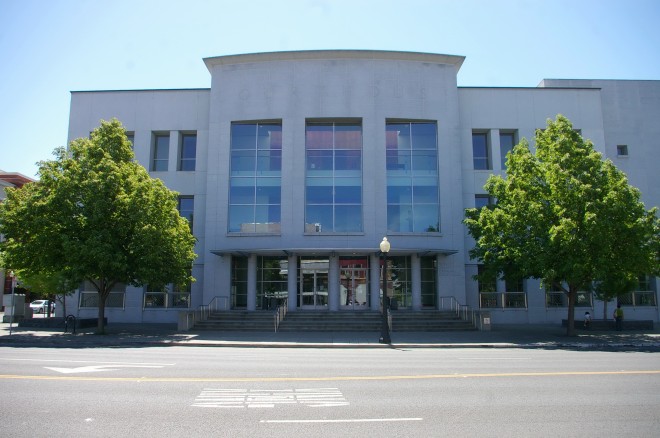 Napa County is named for the native American group called the Napans.

Description:  The building faces north and is a three story concrete and glass structure. The north front has a projecting center section with semi-circular canopy, five columns and glass entrance on the first story and three large windows on the second and third stories. The roof line is flat. 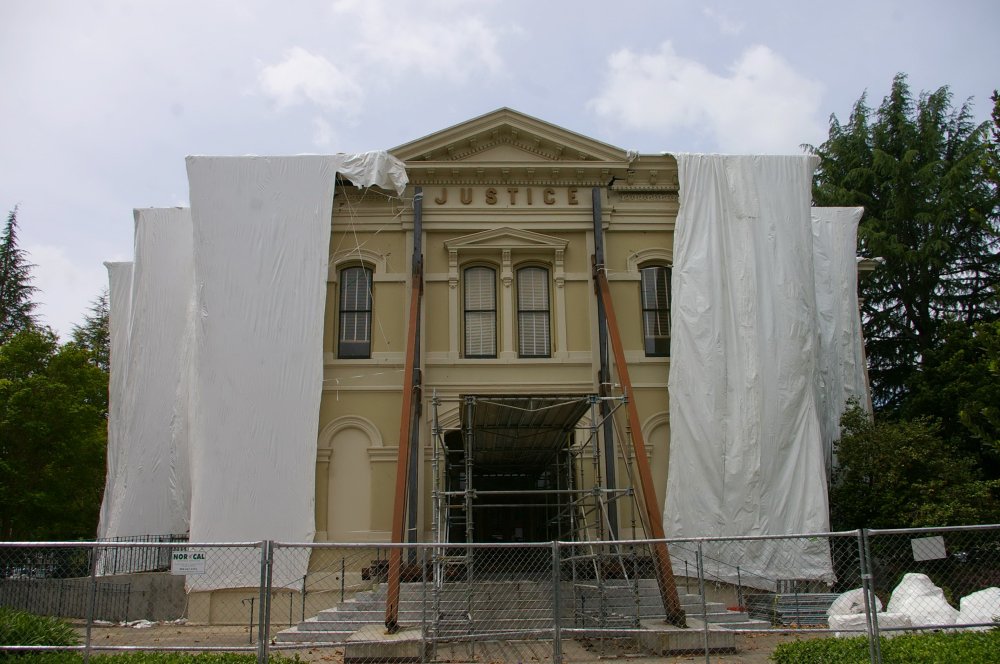 Description:  The building faces east and is a two story brick and cement structure. The building is part of the Courthouse Plaza complex. The outer walls are coated with Rosendale cement. The east front has a large central arch with recessed entrance. Vertical piasters run along the exterior and there is a small pediment at the roof line.  The building is tiered outwards as it extends west. The windows have segmented arched hoods. The roof is hipped. A three story addition constructed in 1978, connected the building to the Hall of Records on the west side. The architect was Angello-Vitiello-Associates Inc. of Sacramento. The building was damaged by an earthquake on August 24, 2014. The damage is being assessed by AECOM. 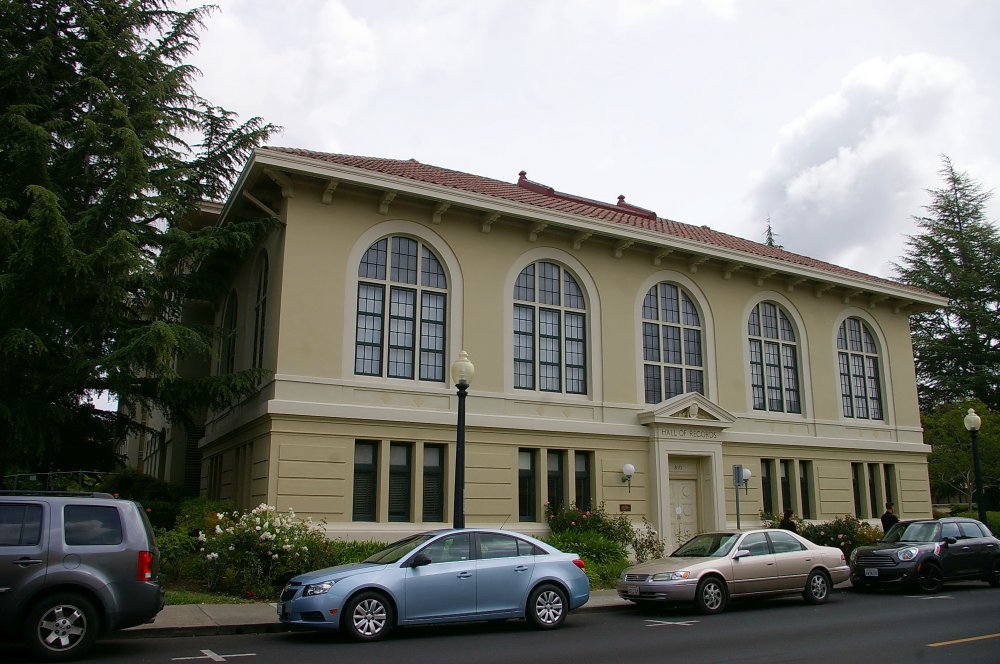 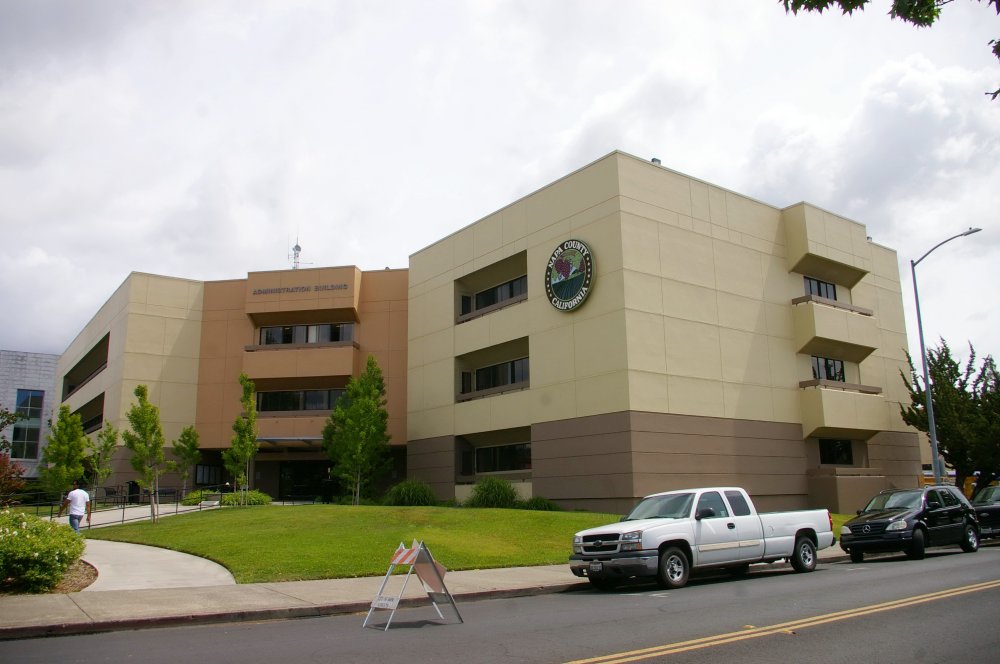 Description:  The building faces north and is a three story concrete structure. The building is located on landscaped grounds and has an east wing and a west wing joined by a central section having entrances on the south and north sides. The windows are horizontal and the roof line is flat. The building was damaged by an earthquake on August 24, 2014 and Murray Building Inc. are undertaking the restoration work. 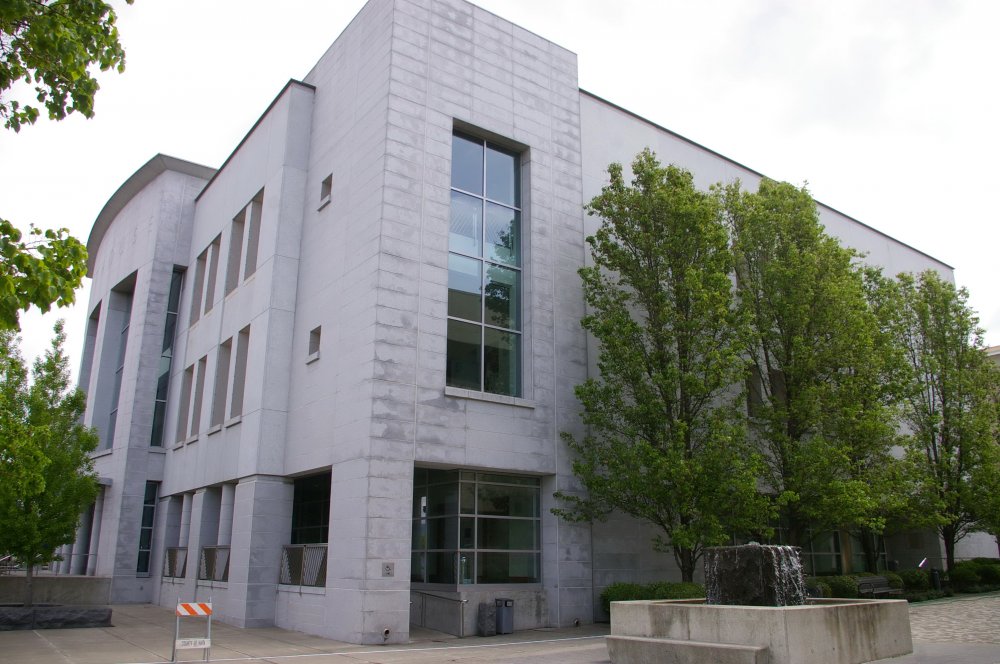