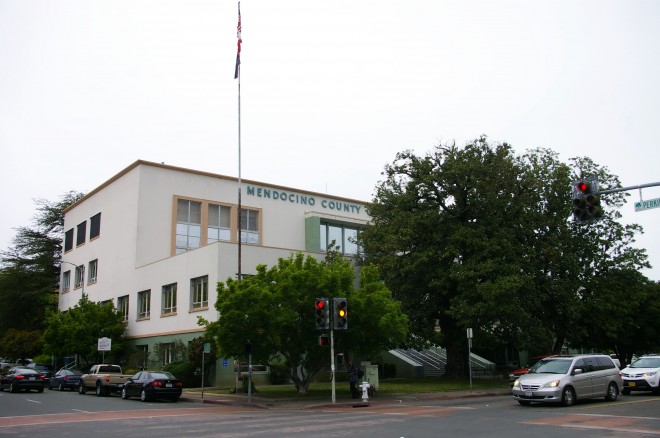 Mendocino County is named for Antonio de Mandoza, who was a Viceroy of Spain.

Description:  The building faces east and is a four story  structure. The building is located on landscaped grounds in the center of the city. The north and south wings project eastwards. The recessed center section has a wide set of steps leading to the entrance on the second story. The roof line is flat. On the west side is the old stone jail constructed in 1928.

Note:  A proposed new courthouse is to be constructed on East Clay Street in 2017. The architect is Skidmore, Owings and Merrill LLP. 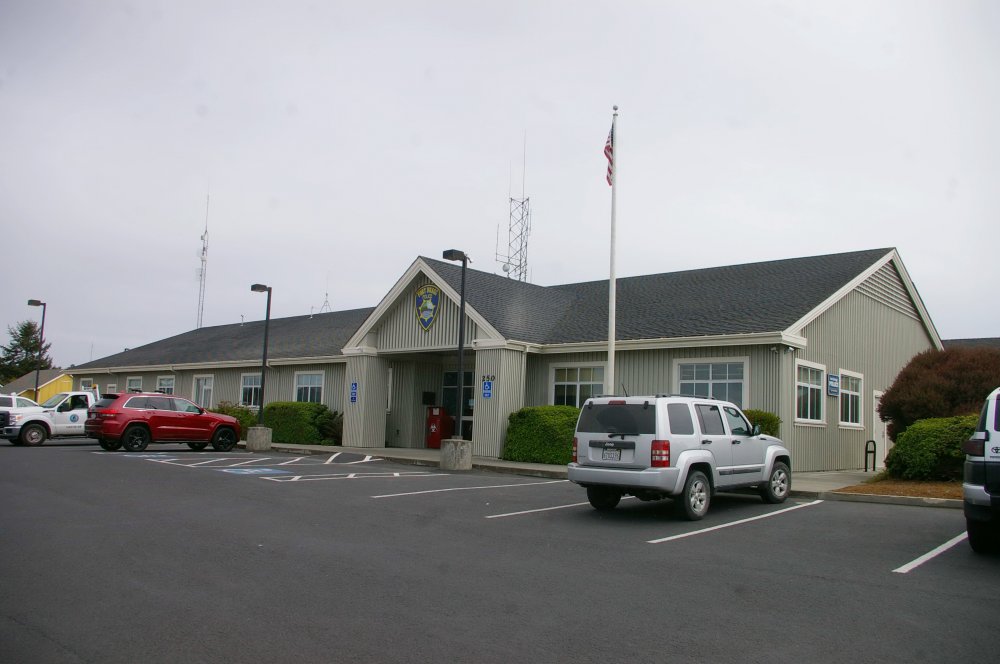 Description:  The building faces west and is a one story green colored structure. The building is located in the center of the city. The west front of the rectangular shaped has a wide projecting porch at the center. The building has double windows. The roof is hipped. 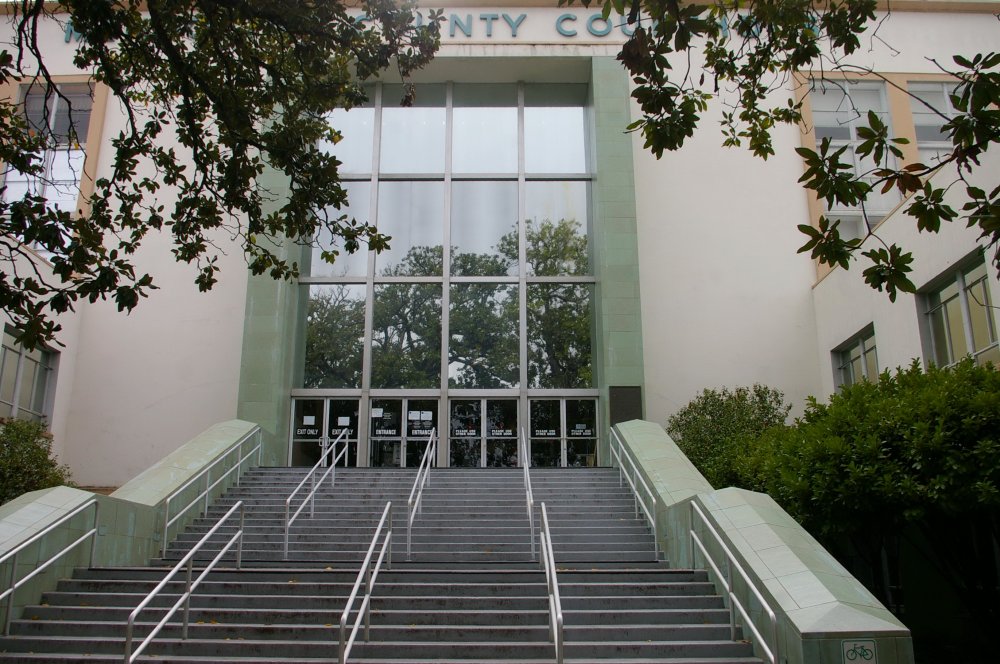 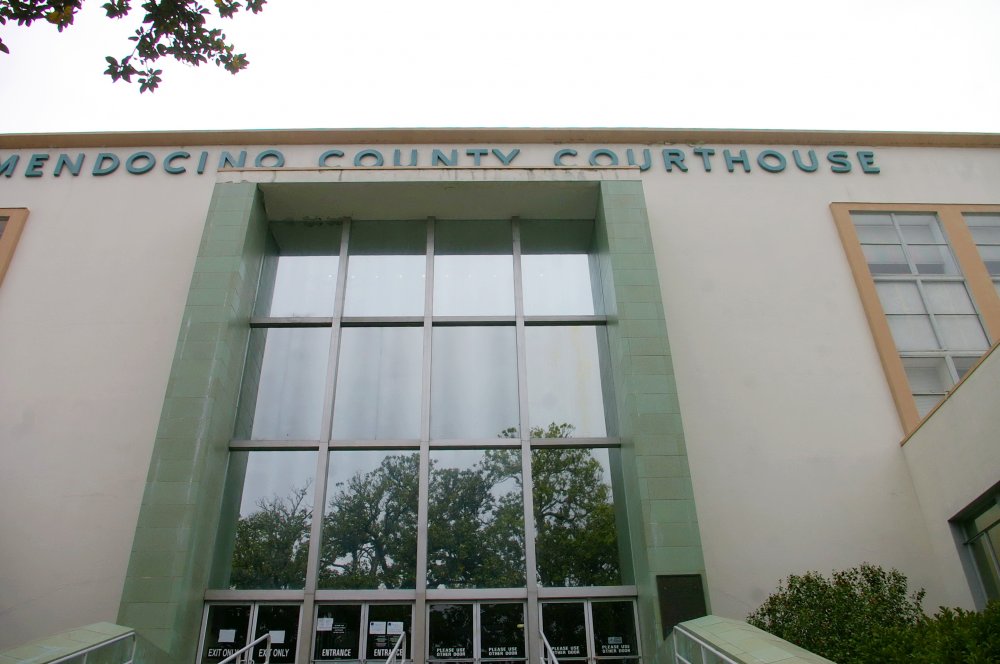 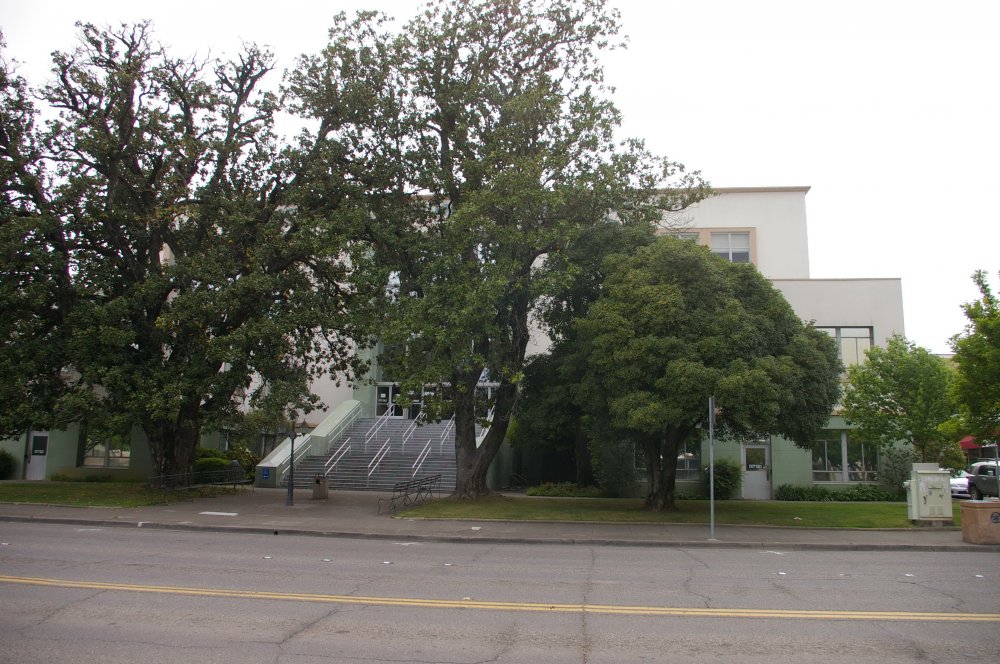 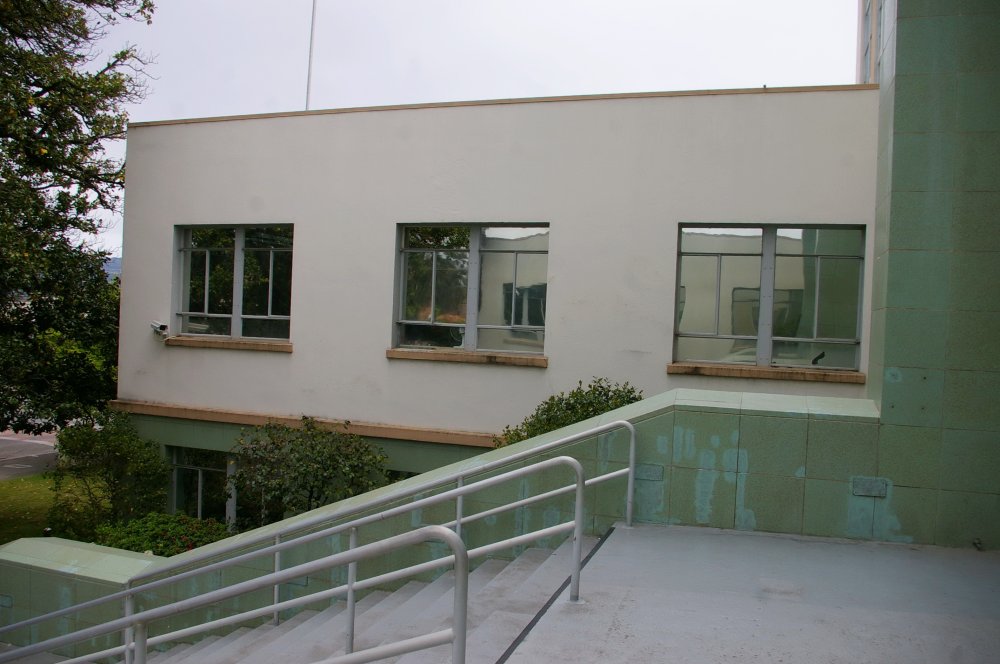 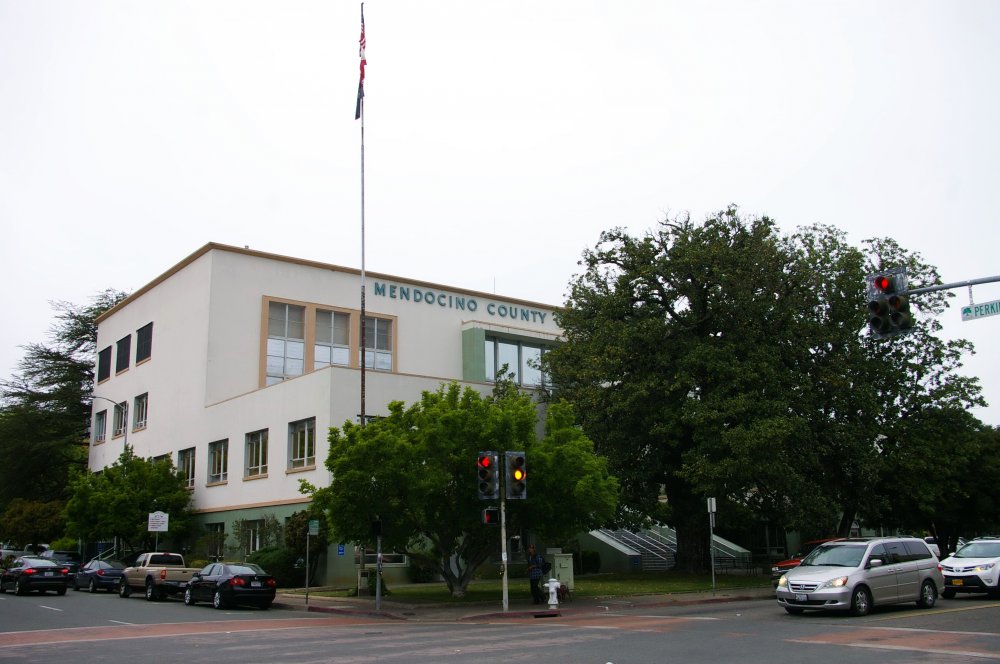 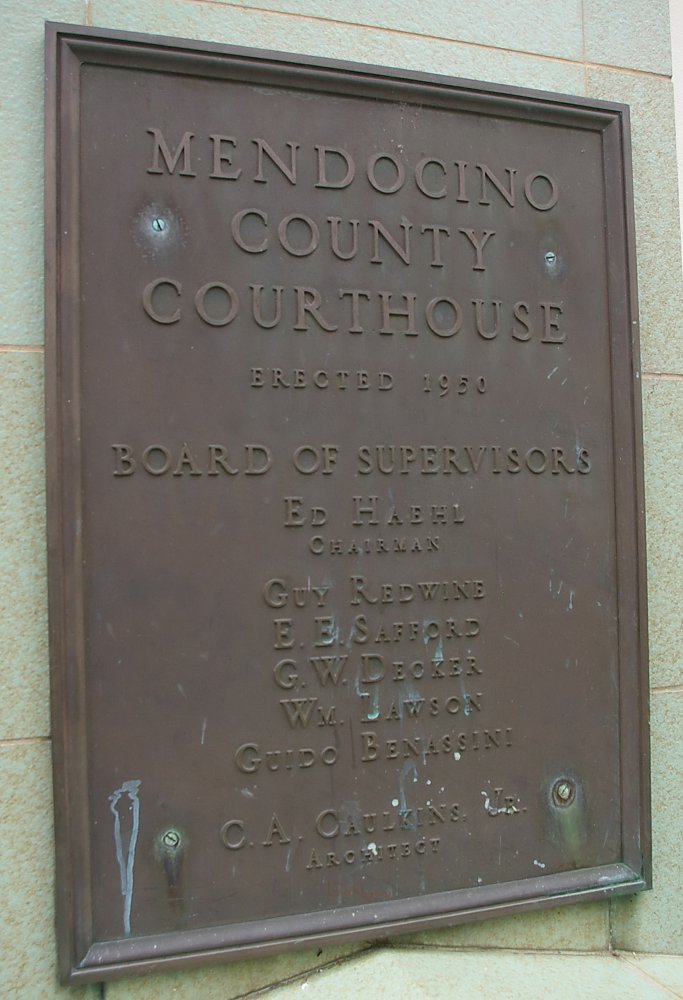 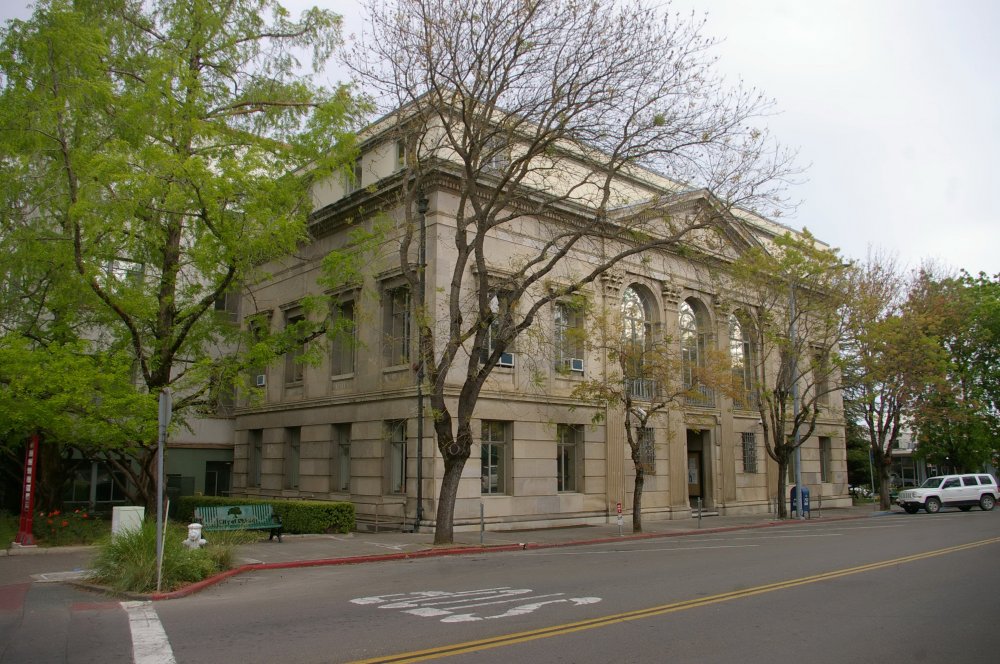 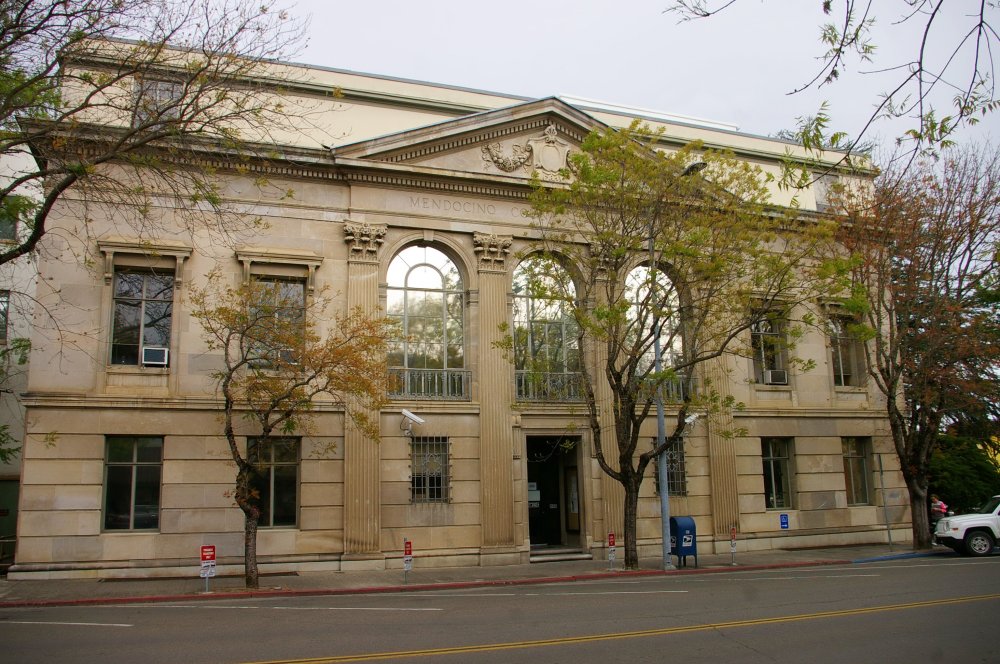 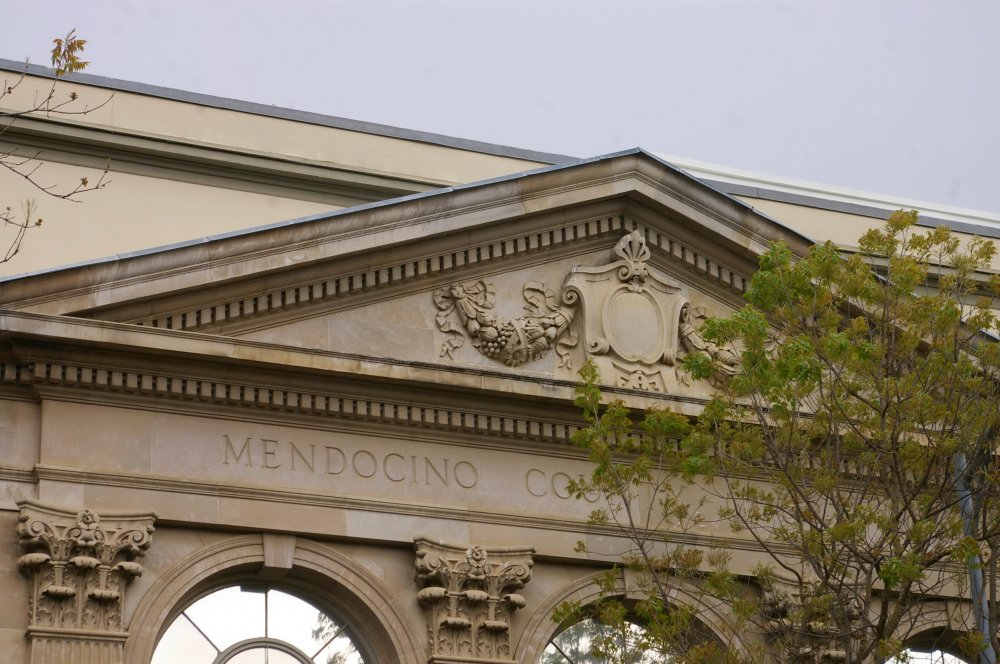 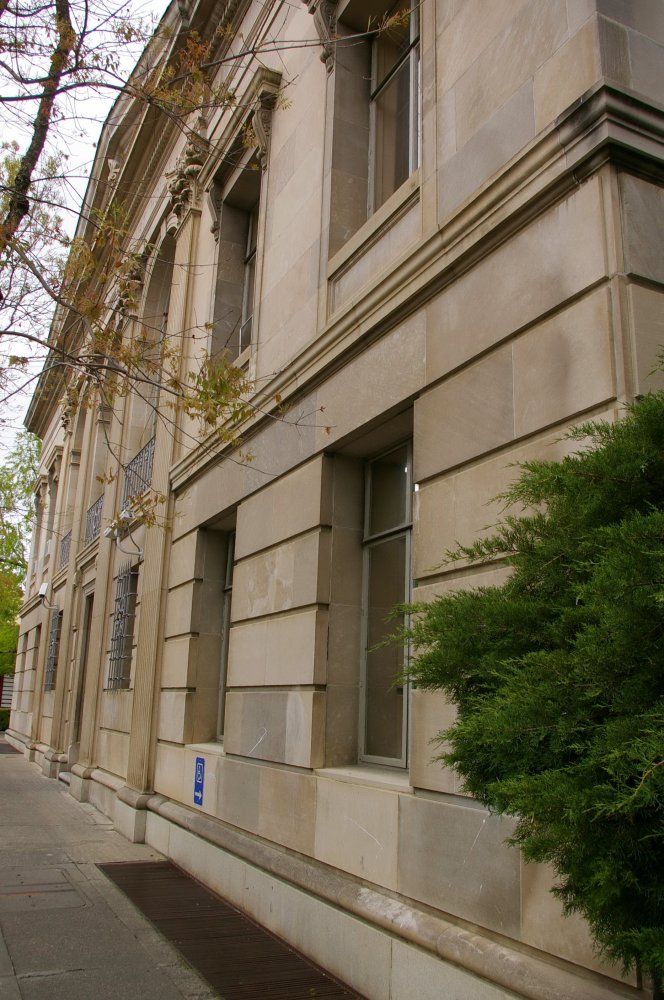 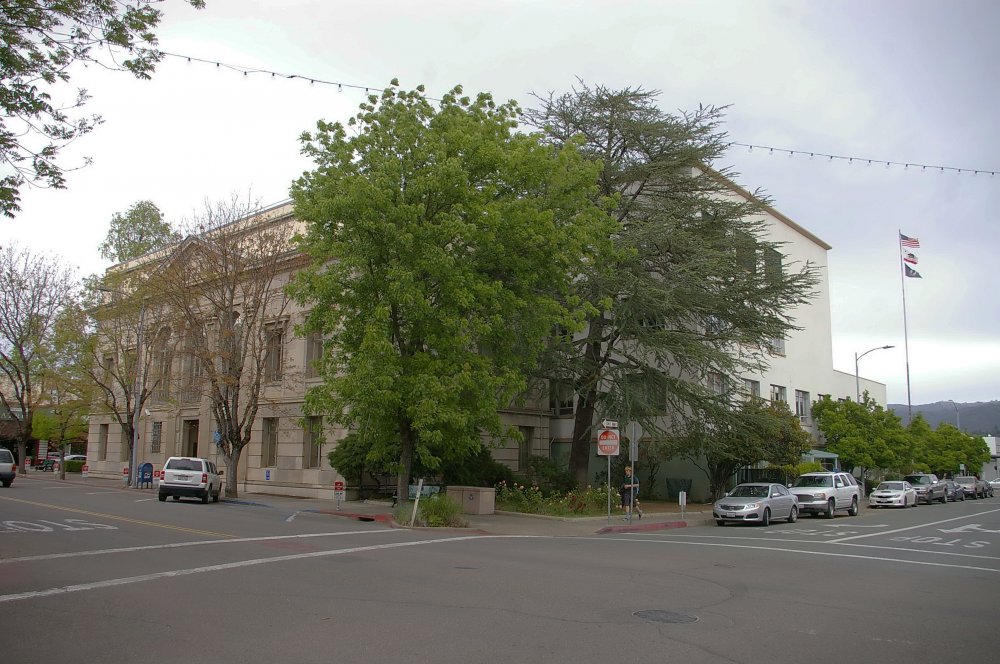 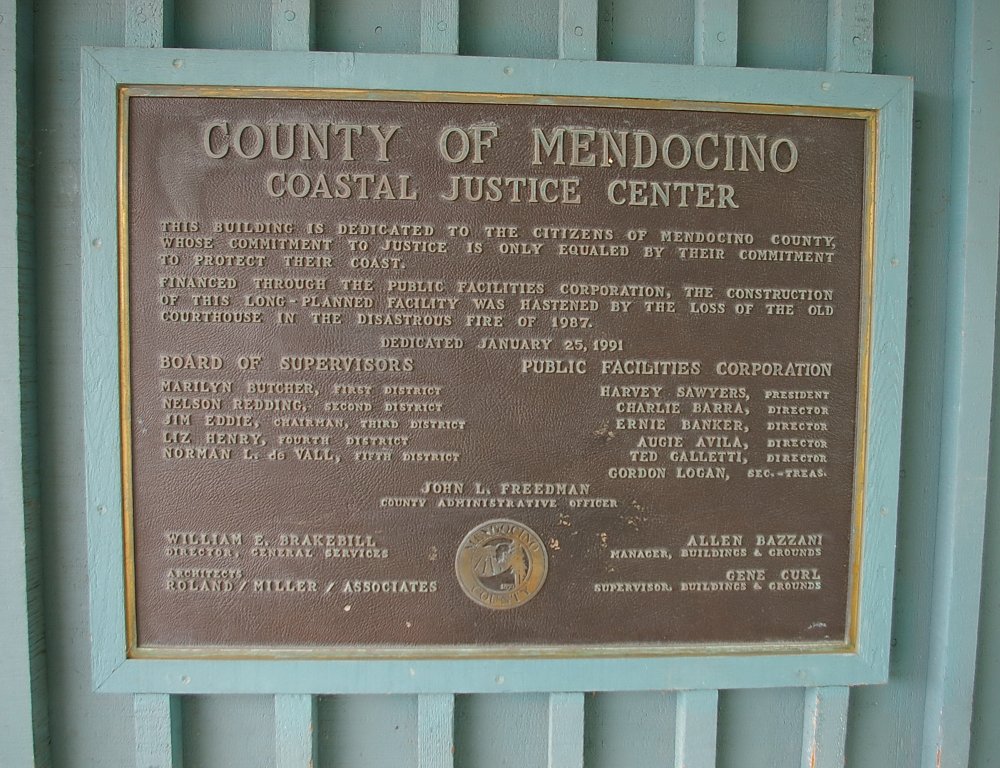