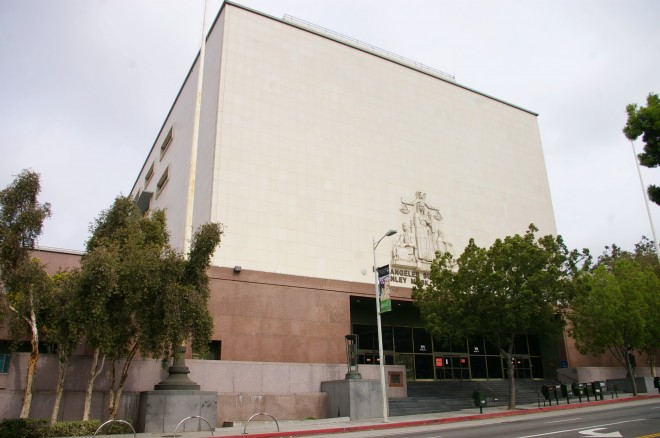 Los Angeles County is named for the Spanish word “the angels” from the name El Pueeblo de Nuestra Sehora de los Angeles del Rio de Porciuncula ( The Village of  Our Lady, the Queen of the Angels of the Porziuncola River ).

Note:  The previous courthouse was designed by Curlett, Eisen & Cuthbertson and constructed in 1891. 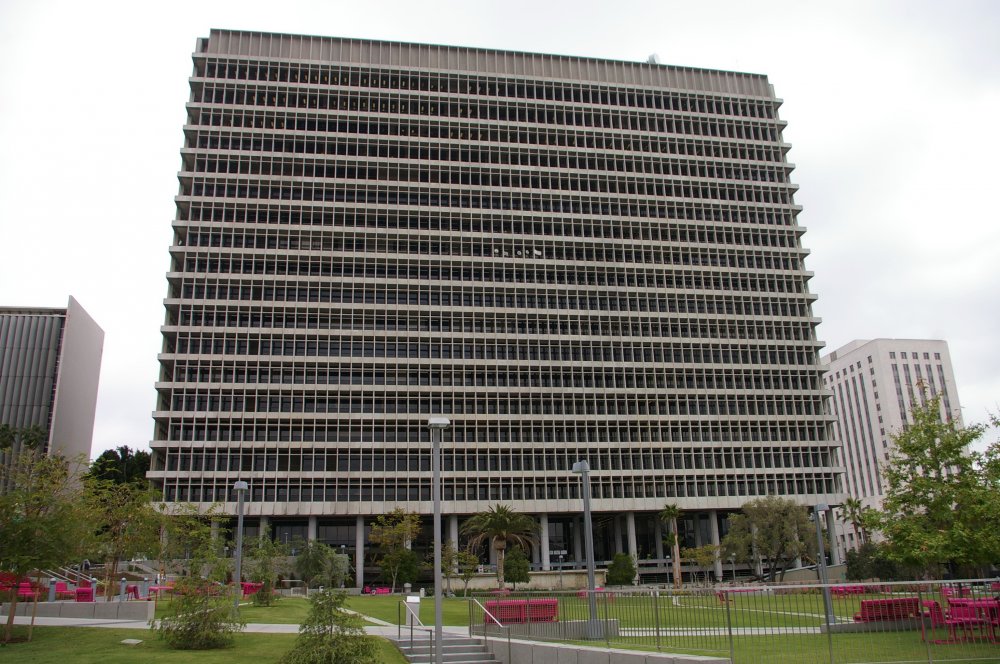 Description:  The building faces north and is a twenty-one story concrete and glass structure. The first two stories has vertical pillars with recessed glass walls. The windows are horizontal with concrete dividers between the floors. The roof line is flat. The building is names as the Clara Shortridge Foltz Criminal Justice Center.

Description:  The building faces southeast and is a fourteen story limestone and concrete structure. The building is located on landscaped grounds to the north of the Los Angeles City Hall. The southeast front has three large central arched entrances. The upper stories has a columned façade with recessed windows. The roof line is flat. The building was renovated in 2011 to 2015 after damage due to the 1994 earthquake. The architect was A C Martin Partners and the contractor was Clark Construction Group of Bethesda, Maryland. 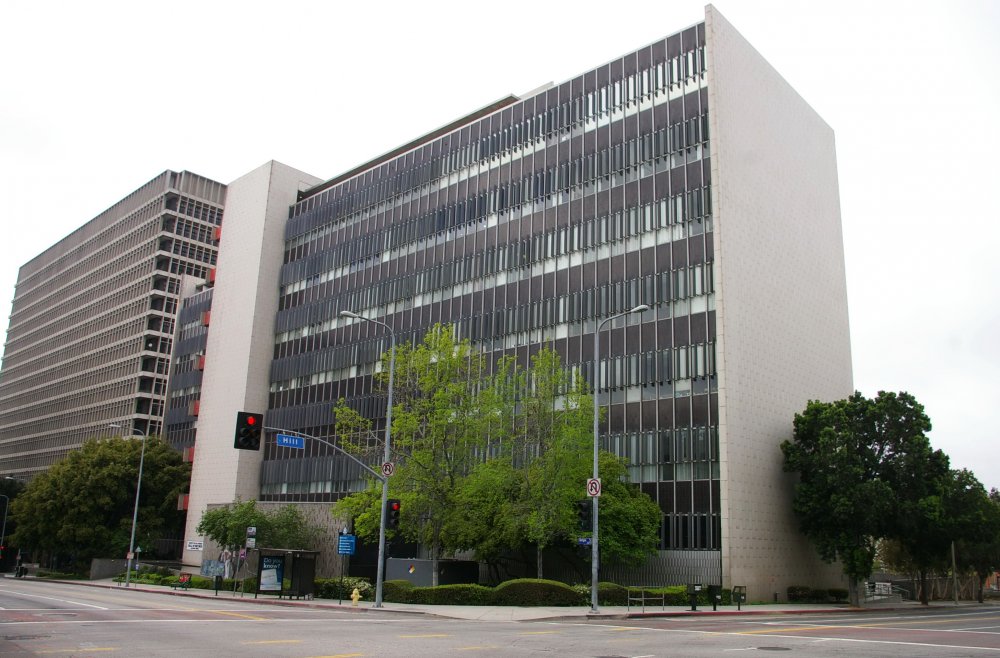 Description:  The building faces north and is a seven story concrete and glass structure. The north and front sides have horizontal windows with concrete dividers between the floors and vertical dividers. The east and west walls have no windows. The north side has a projection one story entrance section. The projecting central tower rises above the roof line and has no windows. 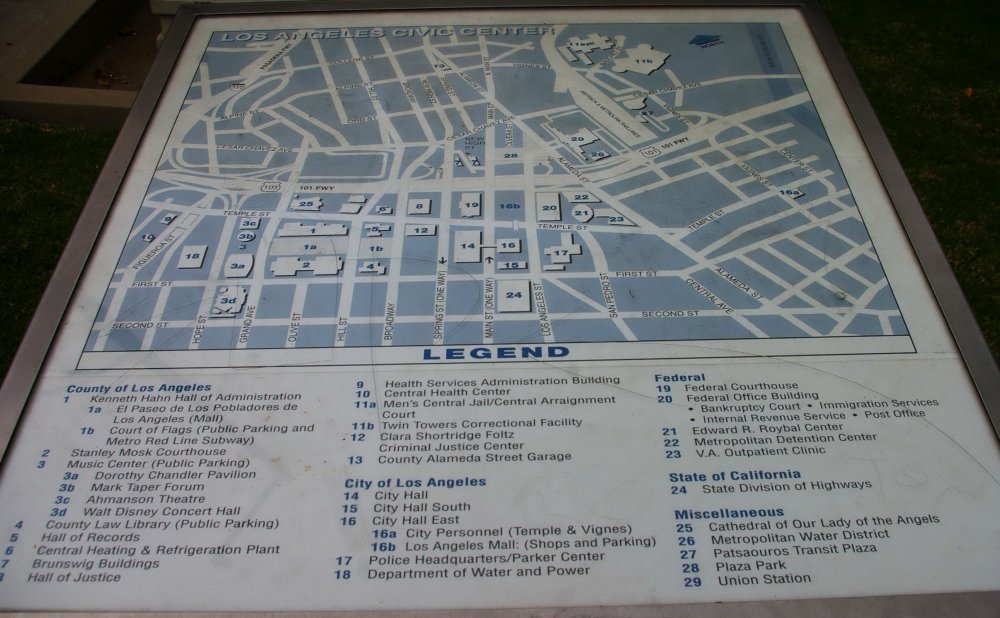 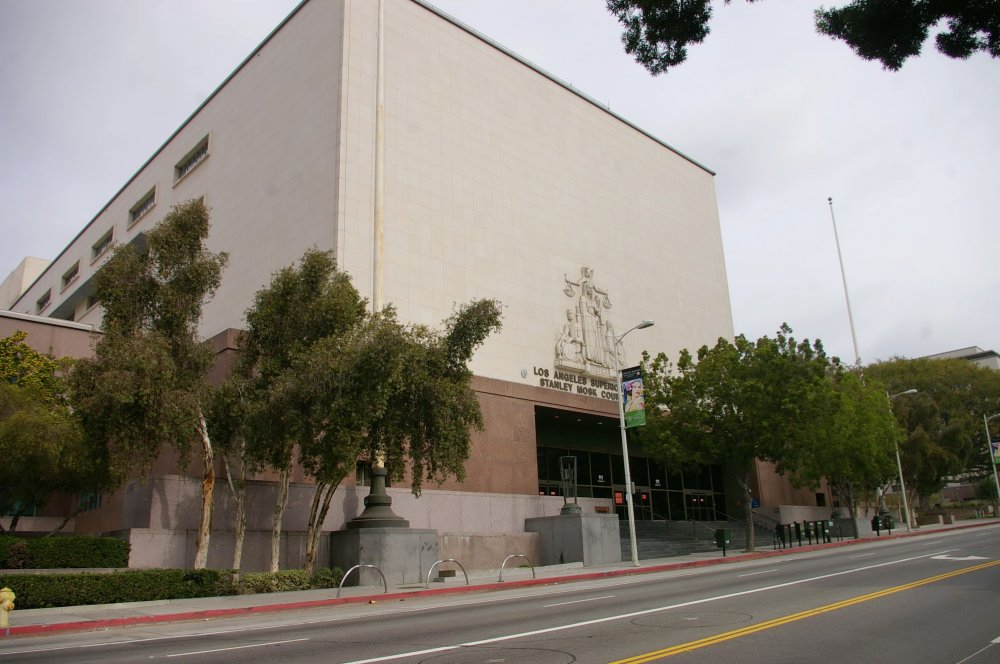 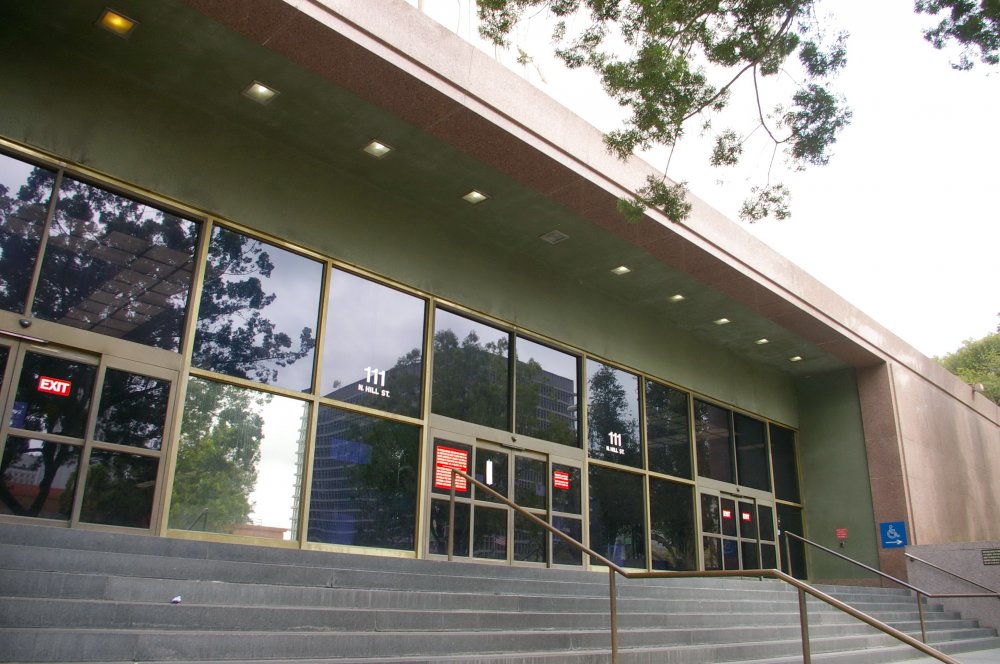 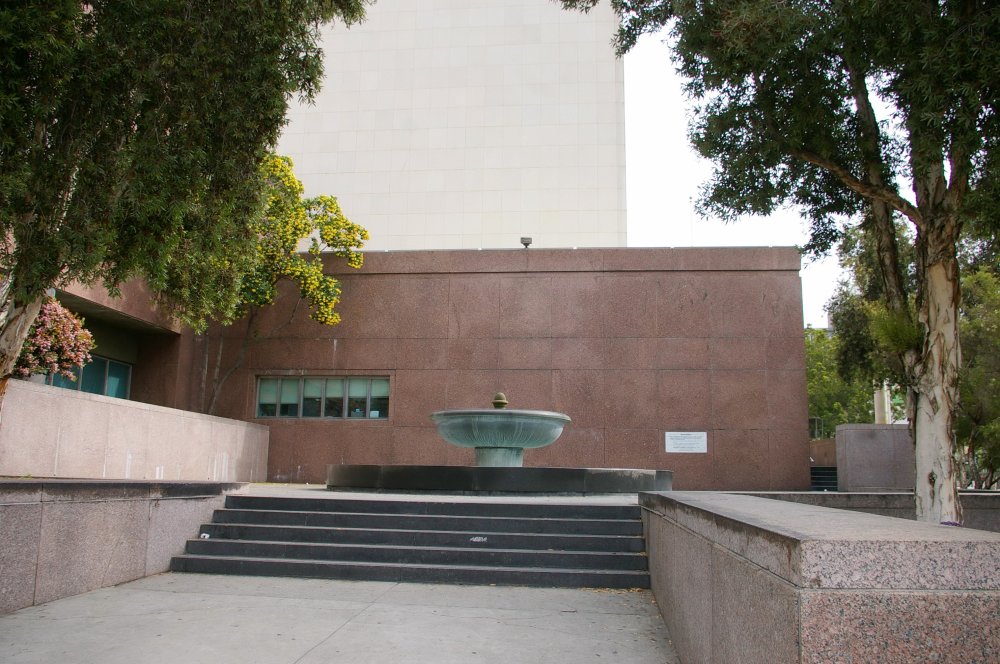 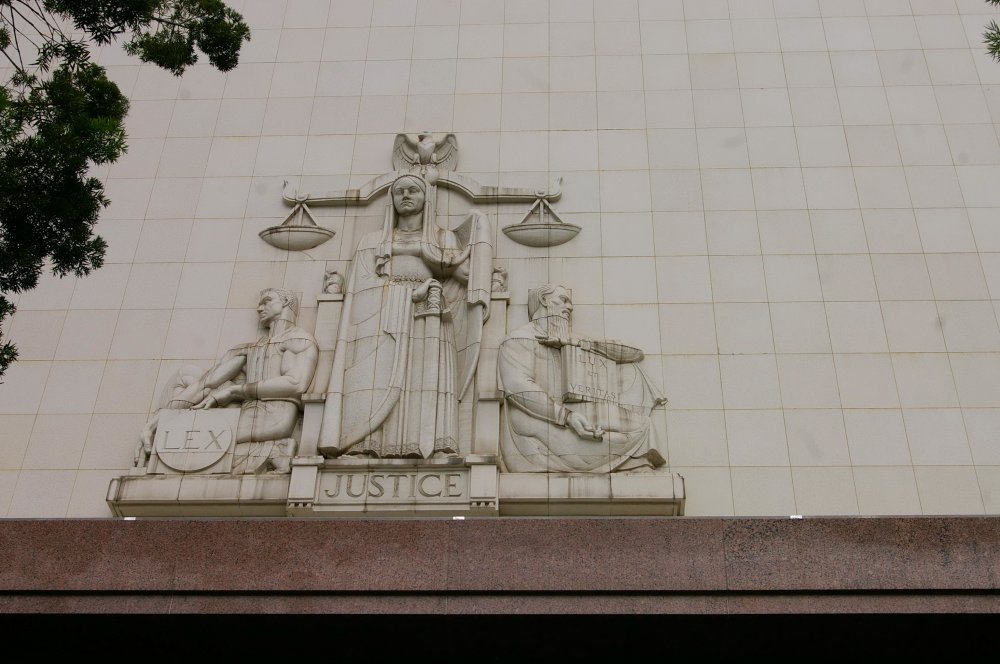 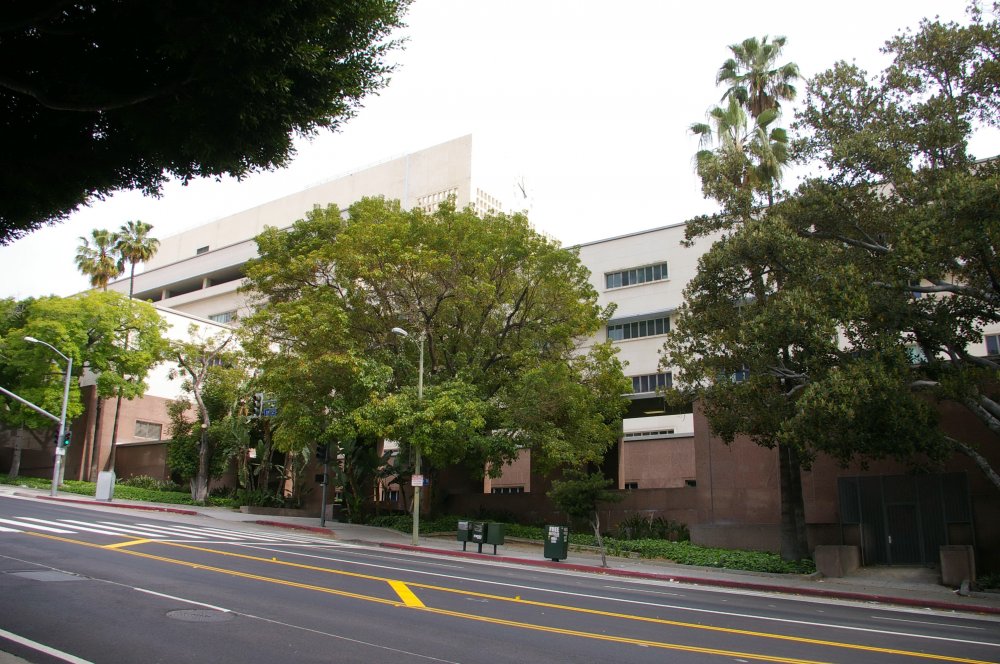 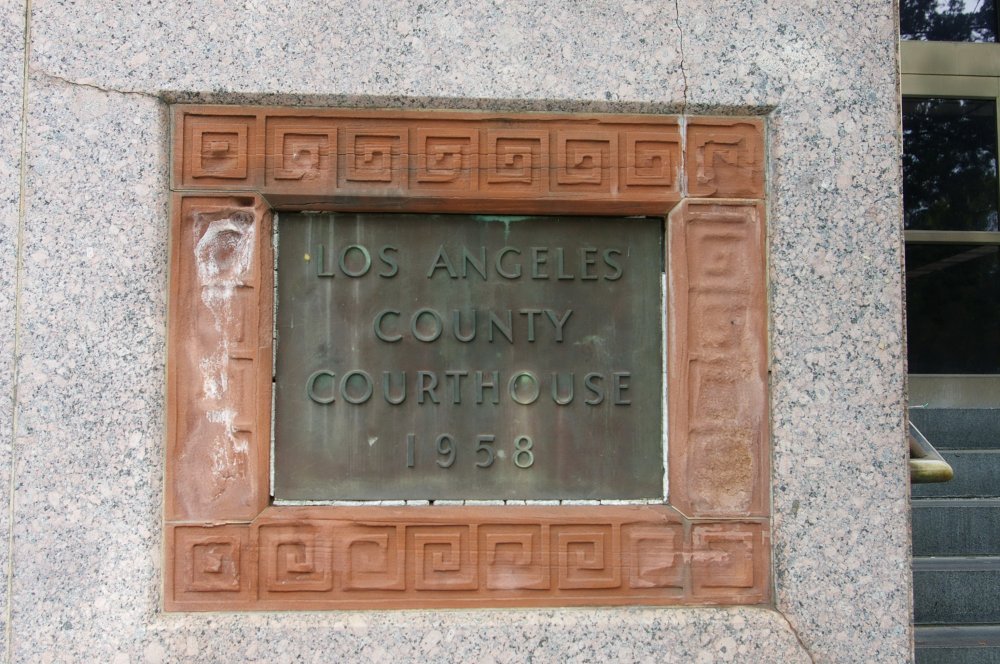 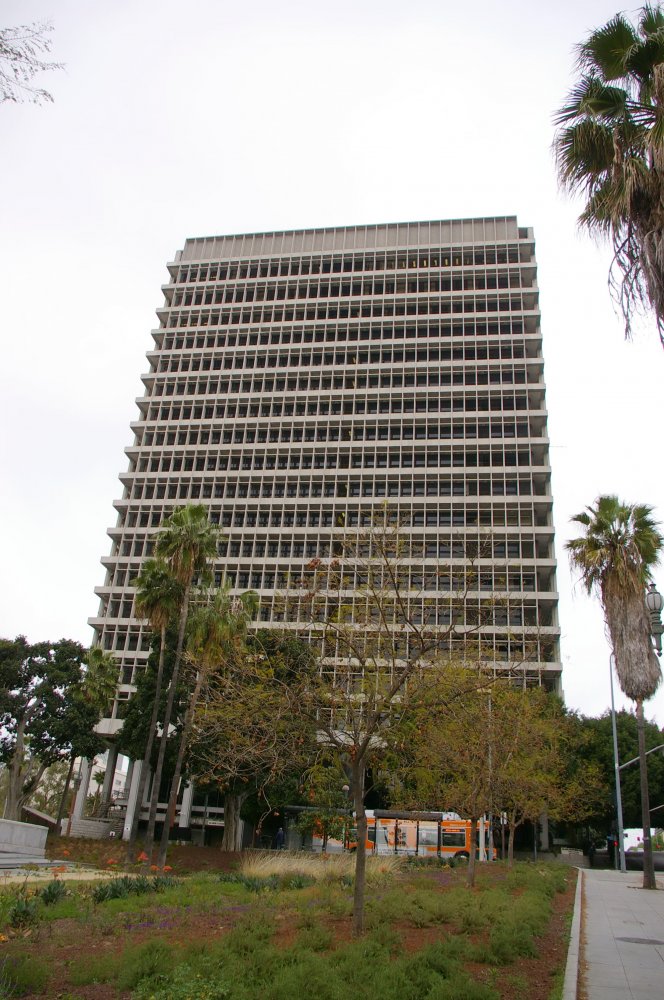 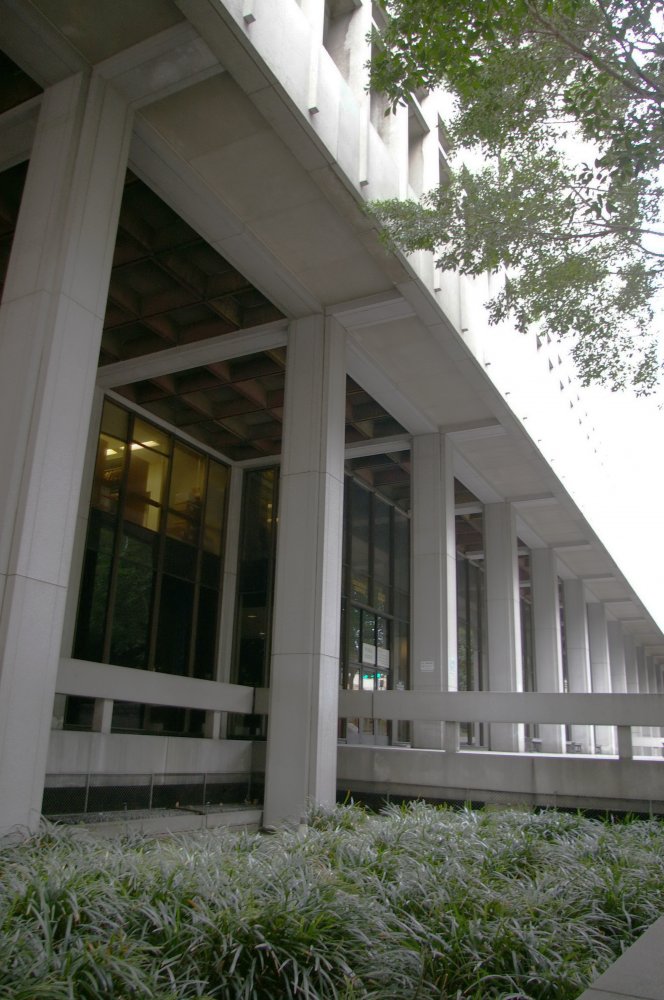 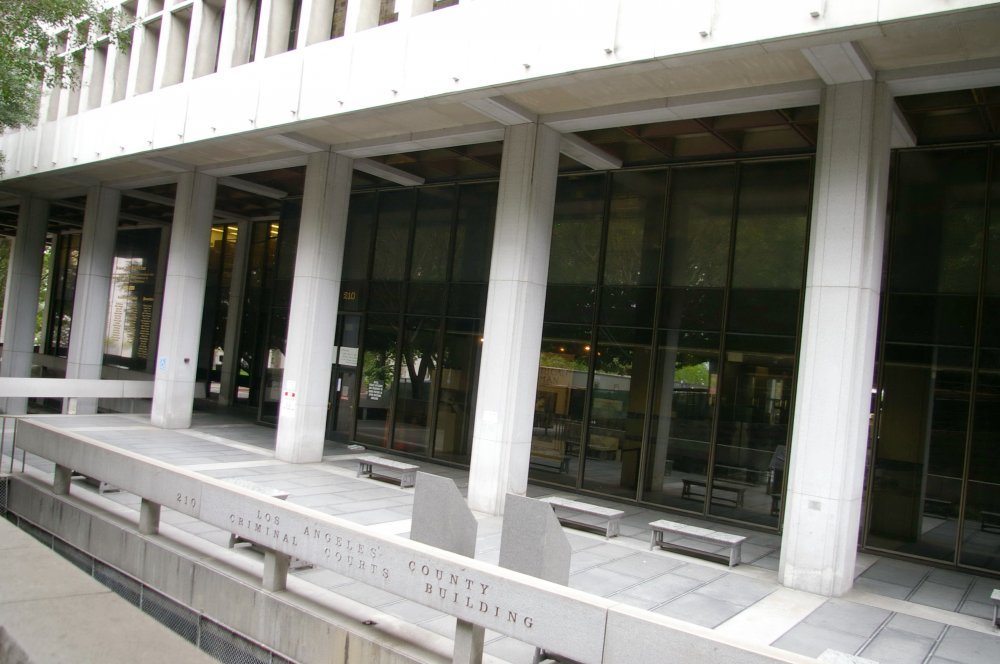 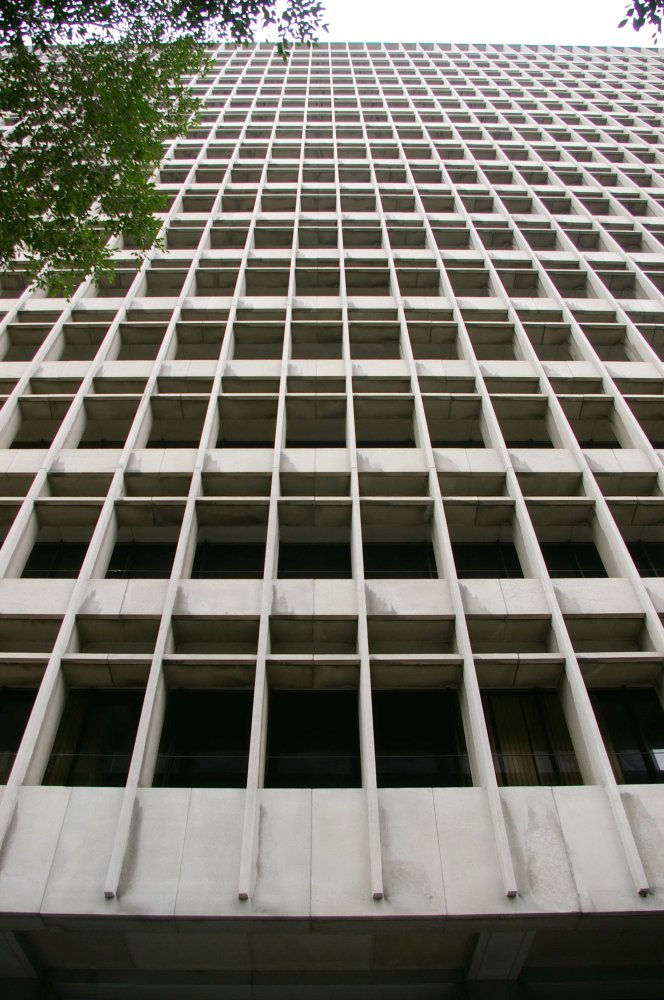 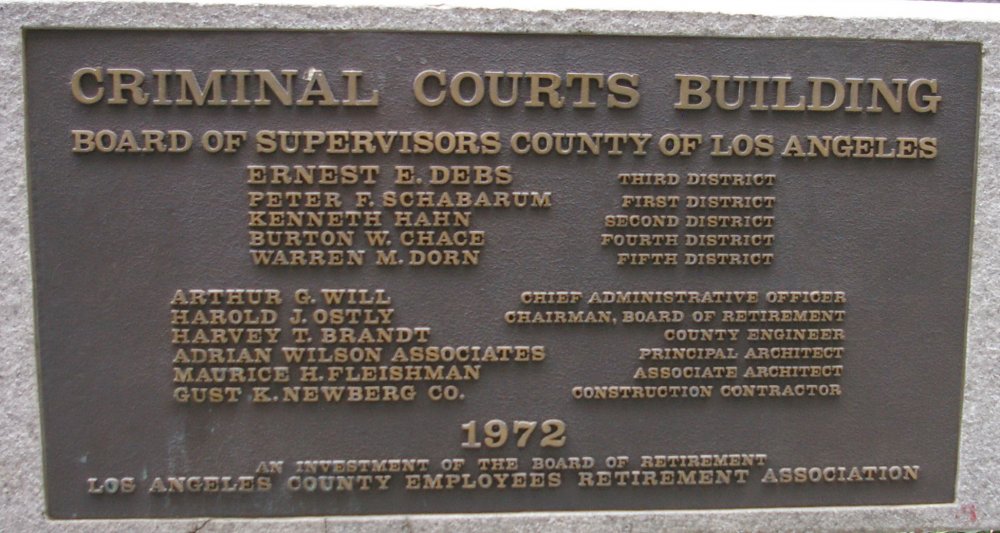