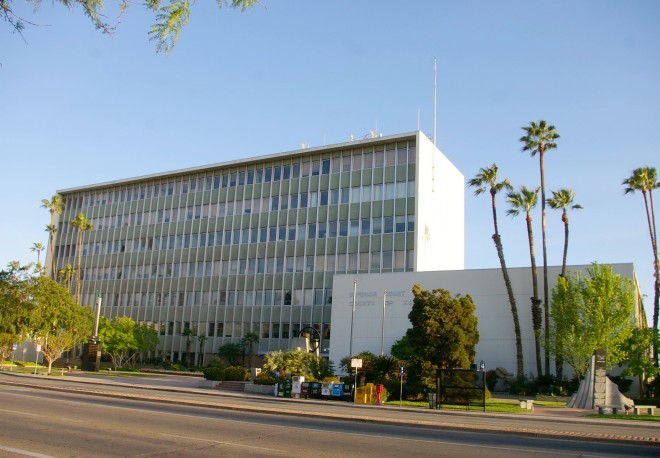 Kern County is named for the Kern River, which was named for Edward Kern, who was a cartographer for General John C Fremont’s 1845 expedition.

Note:  The former courthouse was damaged in an earthquake in 1952. Minor cases continue to be held at the building, though the primary criminal and civil courts for the county have been relocated a block east to the Kern County Civic Center and Justice Building. 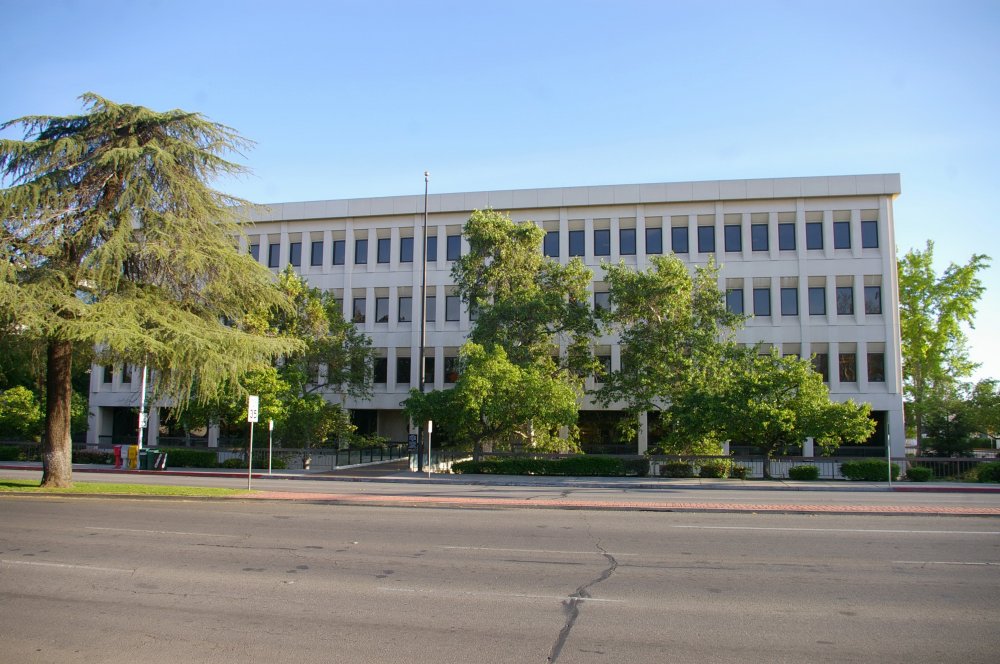 Description:  The building faces north and is a four story steel, concrete and glass structure. The rectangular building has a recessed first story with pillars running along the north front and with a central entrance. Below the first story is a sunken area front the basement. Along the west and south sides are rounded projecting sections. The roof line is flat. The building is the Civic Center and Justice Building. 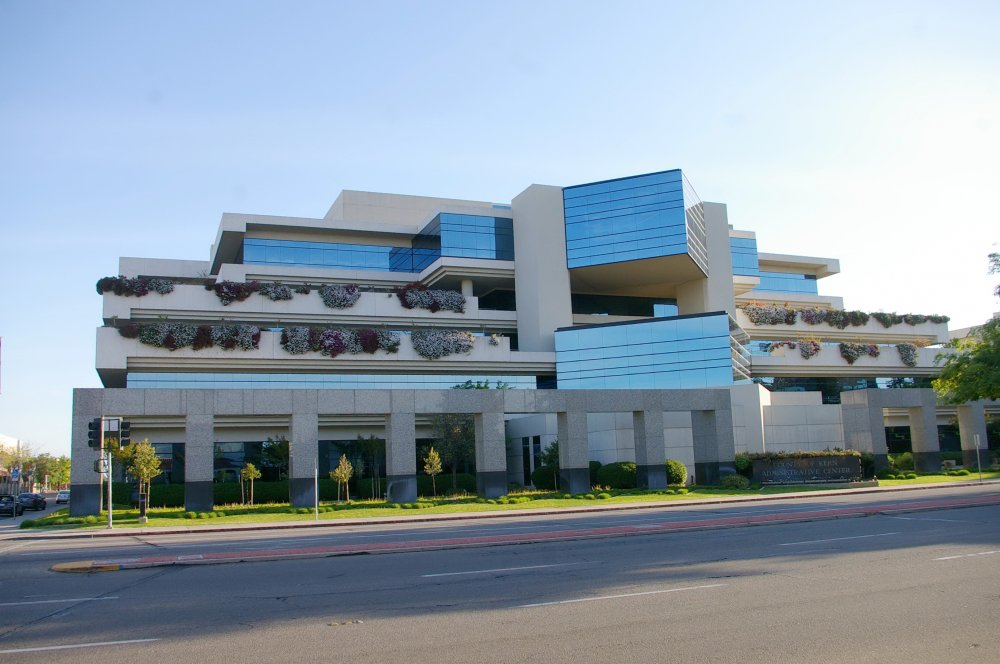 Description:  The building faces north and is a five story steel, concrete and glass structure. The north front has a wall of large pillars with cross pieces. The building rises in terraces with triangular projects of blue colored glass. The main entrance is aling the east side. The roof line is flat. On the west side is the Civic Center and Justice Building. 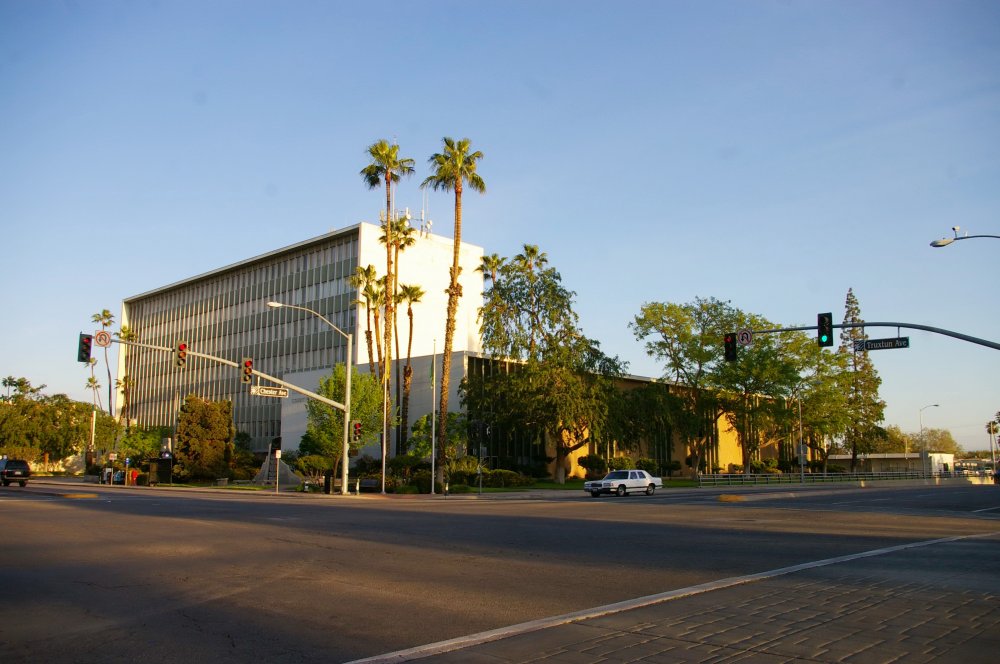 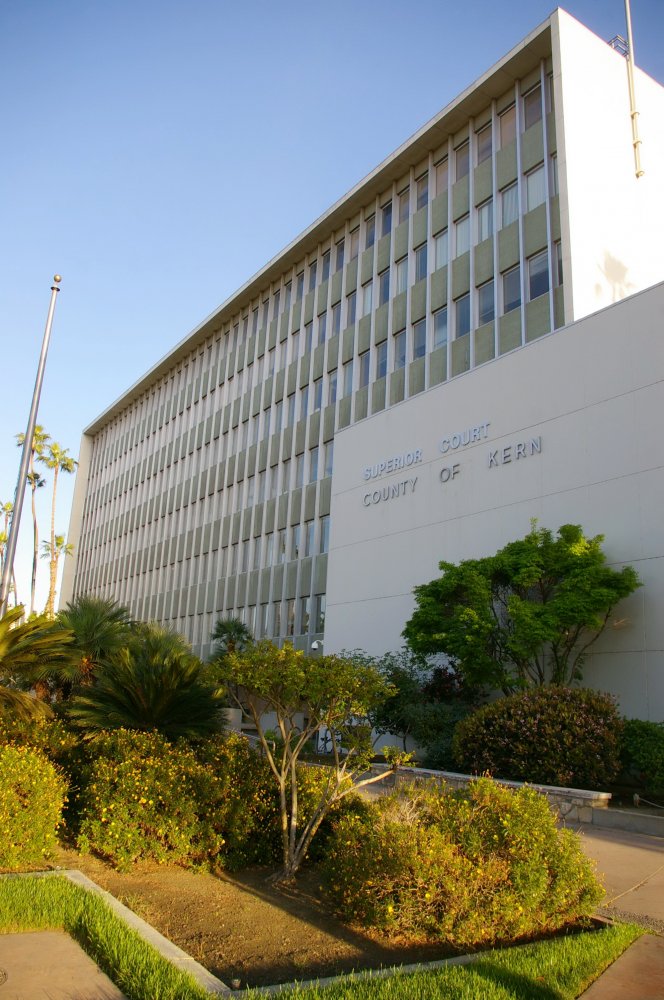 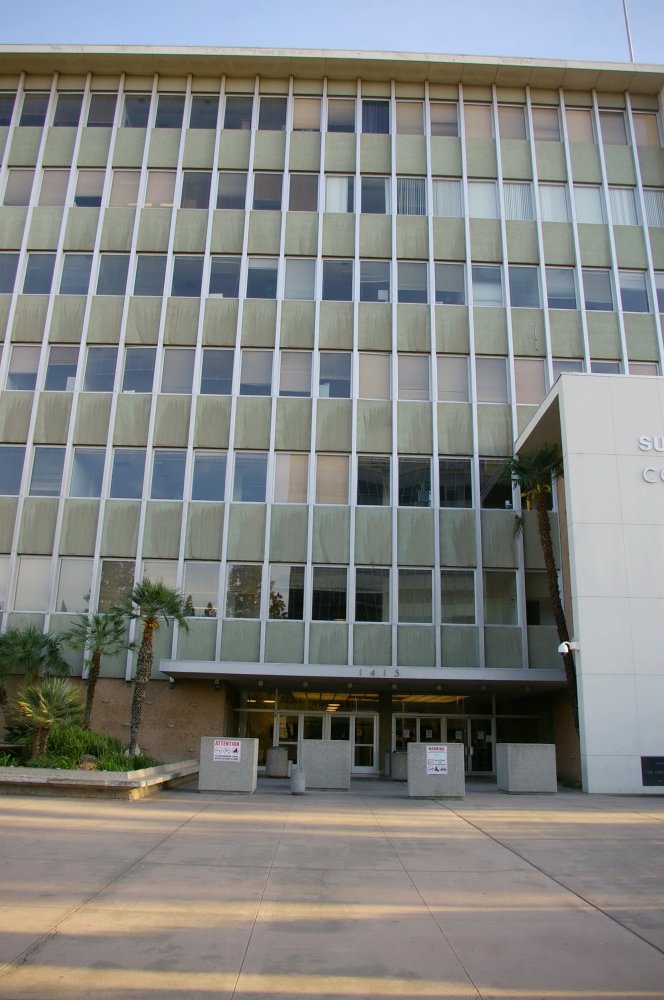 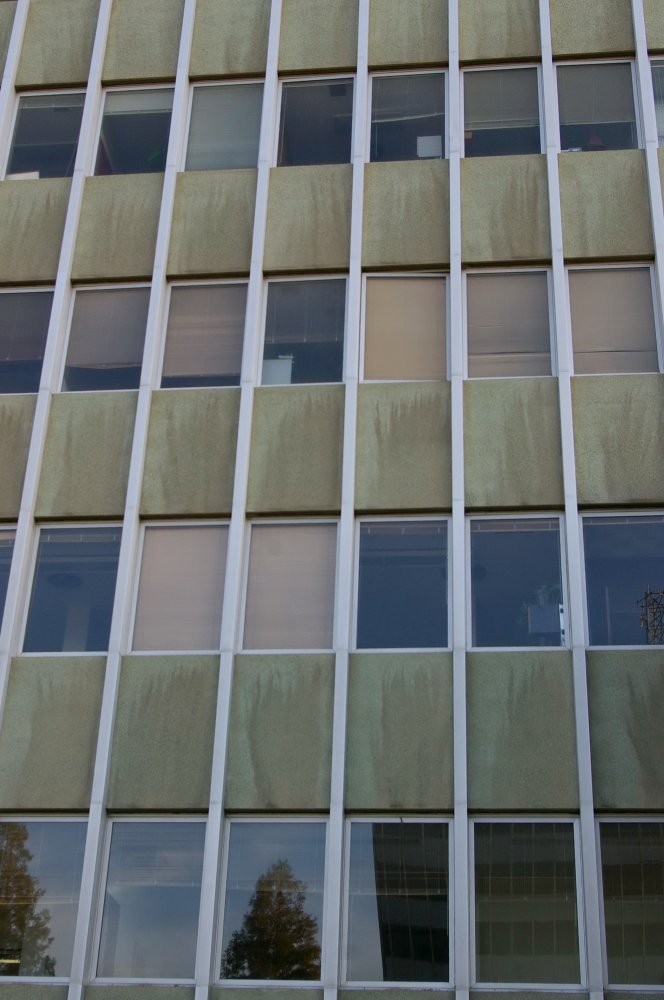 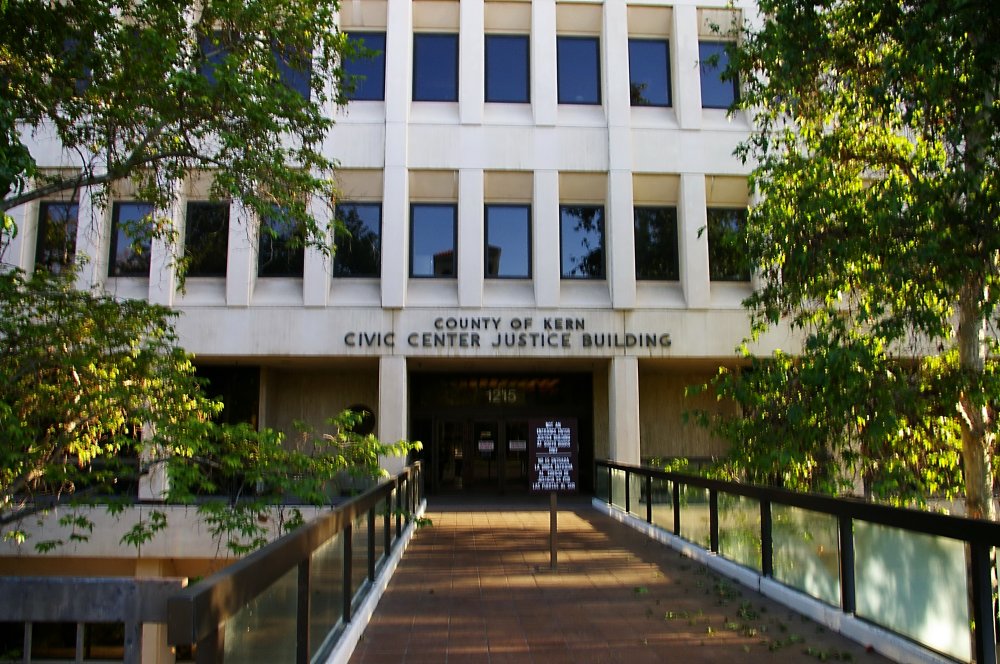 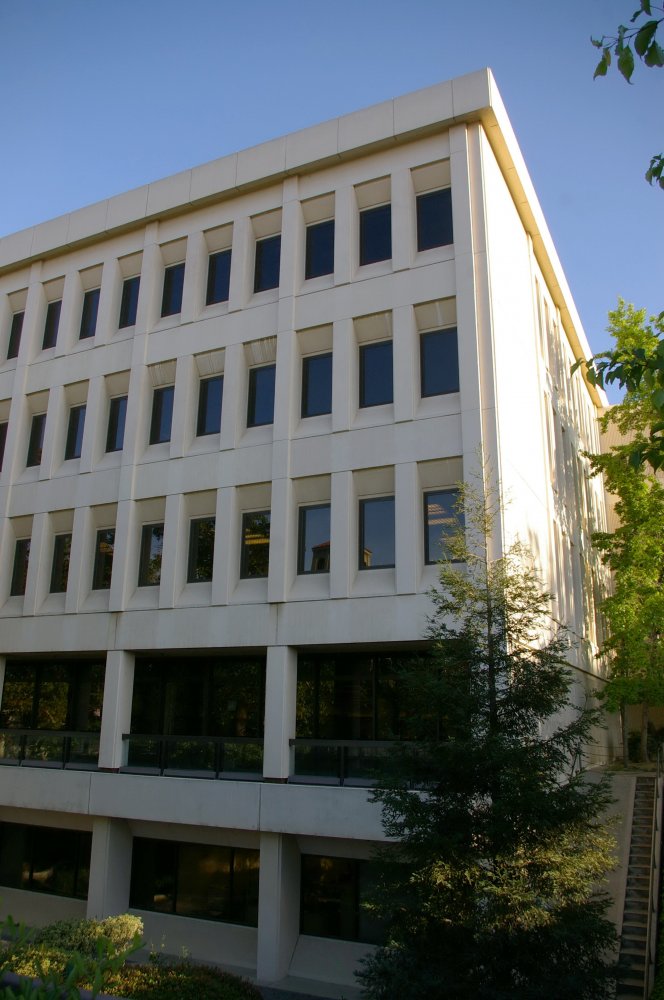 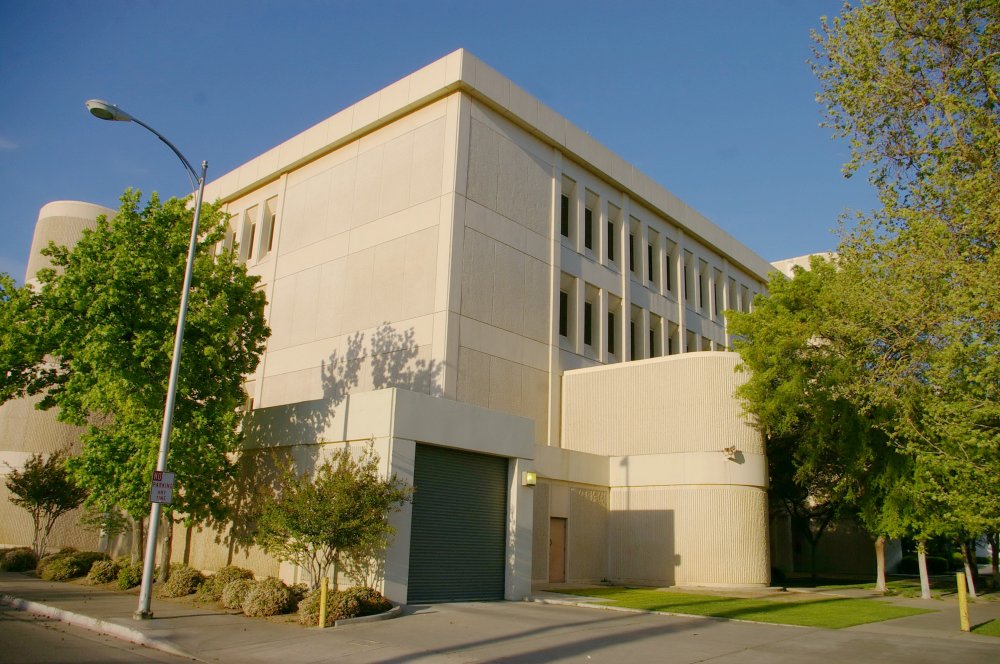