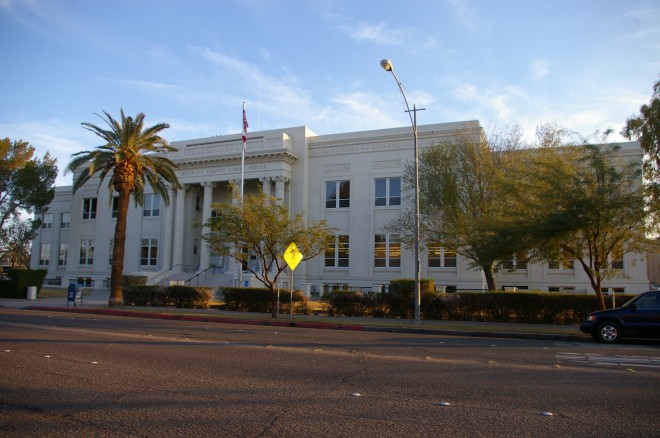 Description:  The building faces north and is a two story gray concrete structure. The  north front has a portico supported by six large stone Doric columns. Above the columns is a wide header with cornice and decorative patterns. The entrance is recessed. The east and west wings are lower. The building was damaged in the 1973 earthquake. 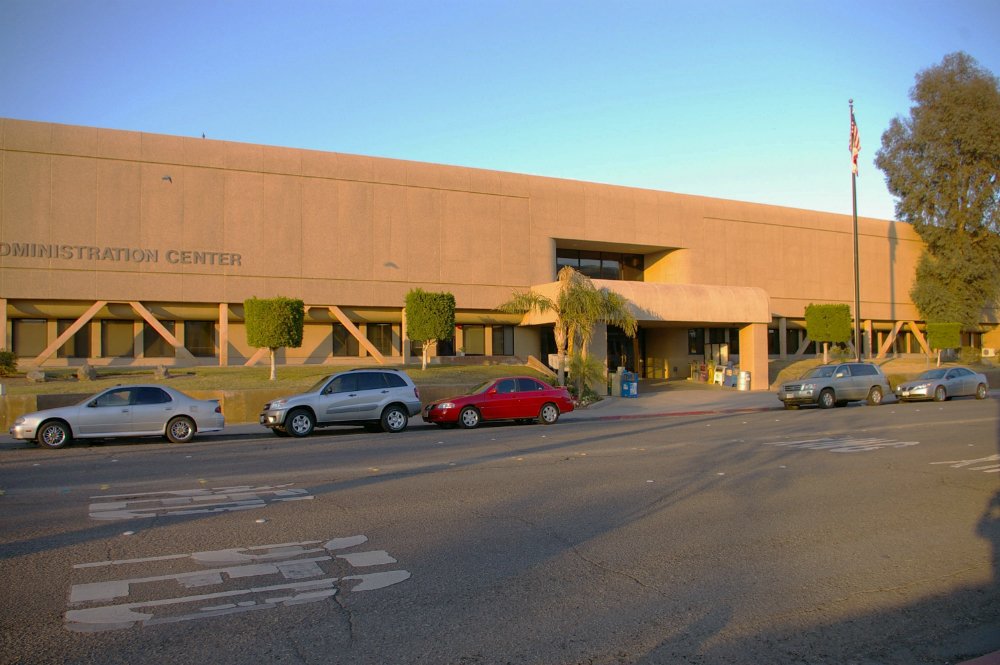 Description:  The building faces south and is a two story concrete, glass and steel structure. The south front has a central entrance with cement canopy supported by cement pillars. Over the entrance is a large window. Windows run along the first story only. 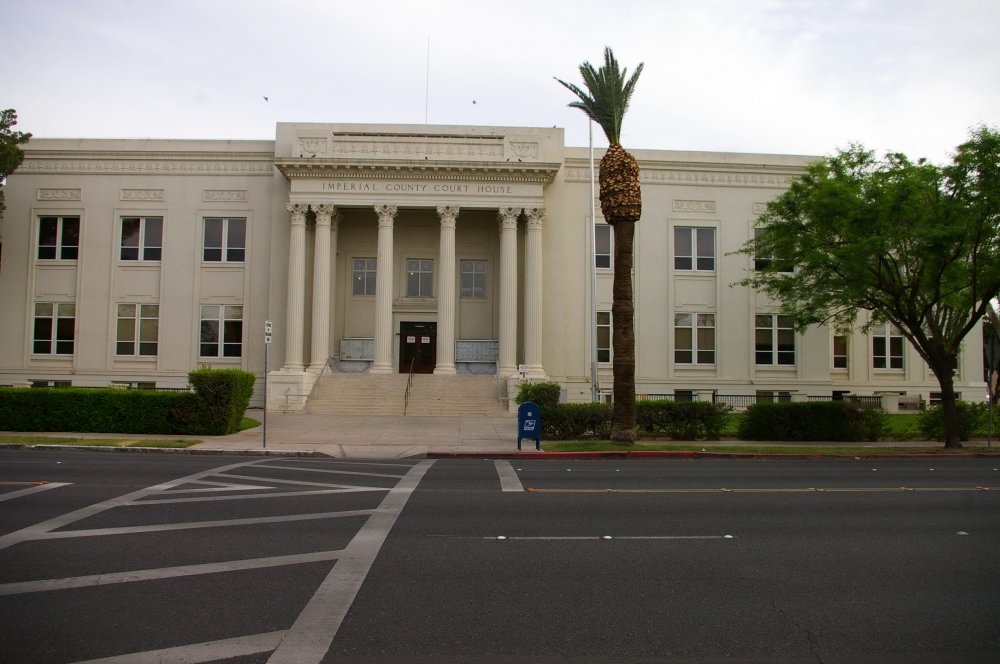 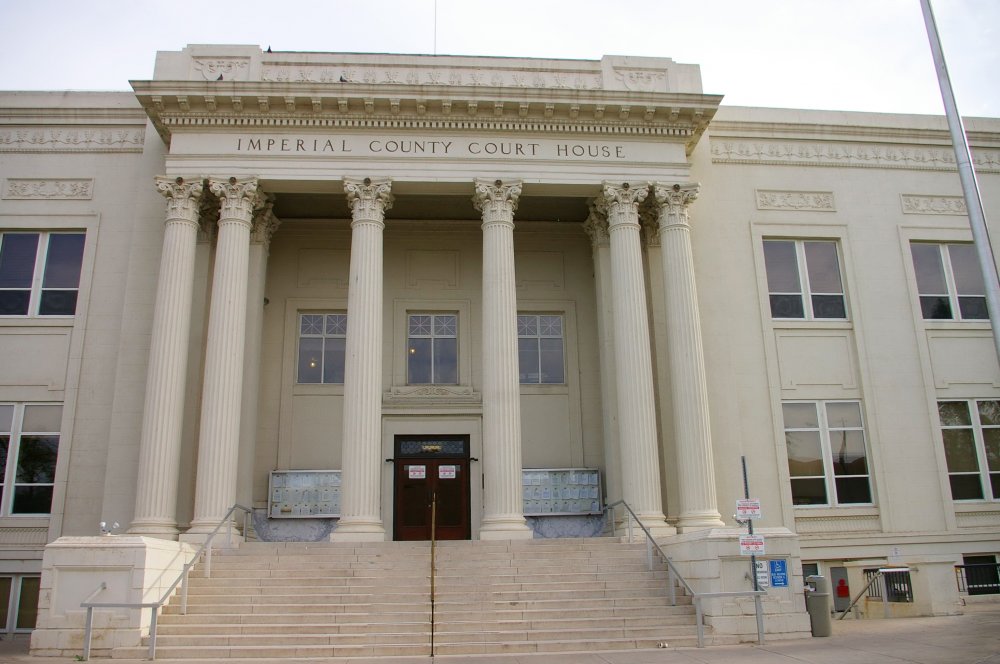 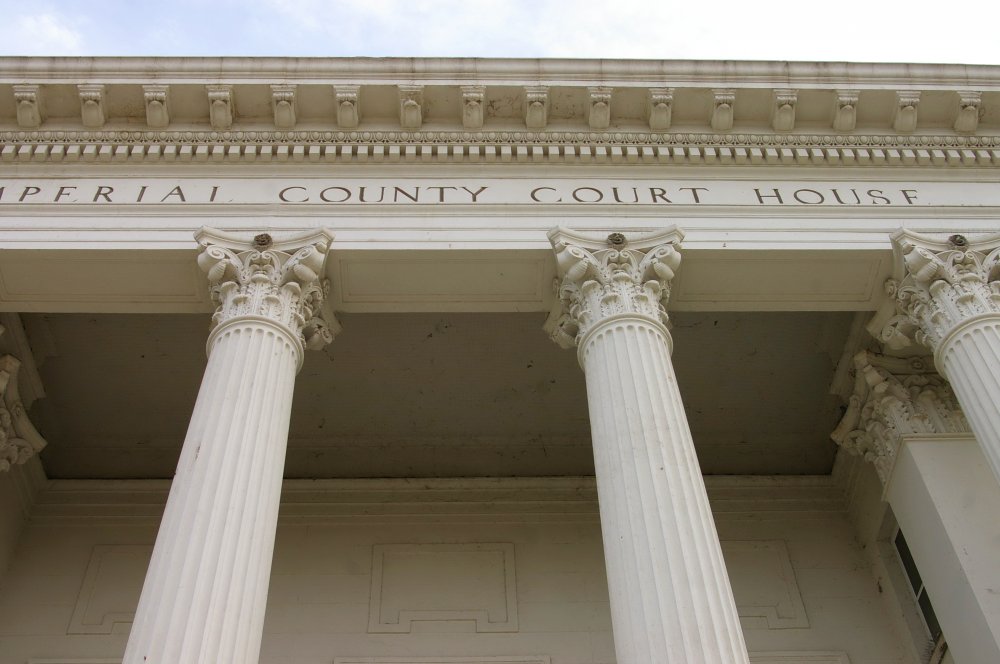 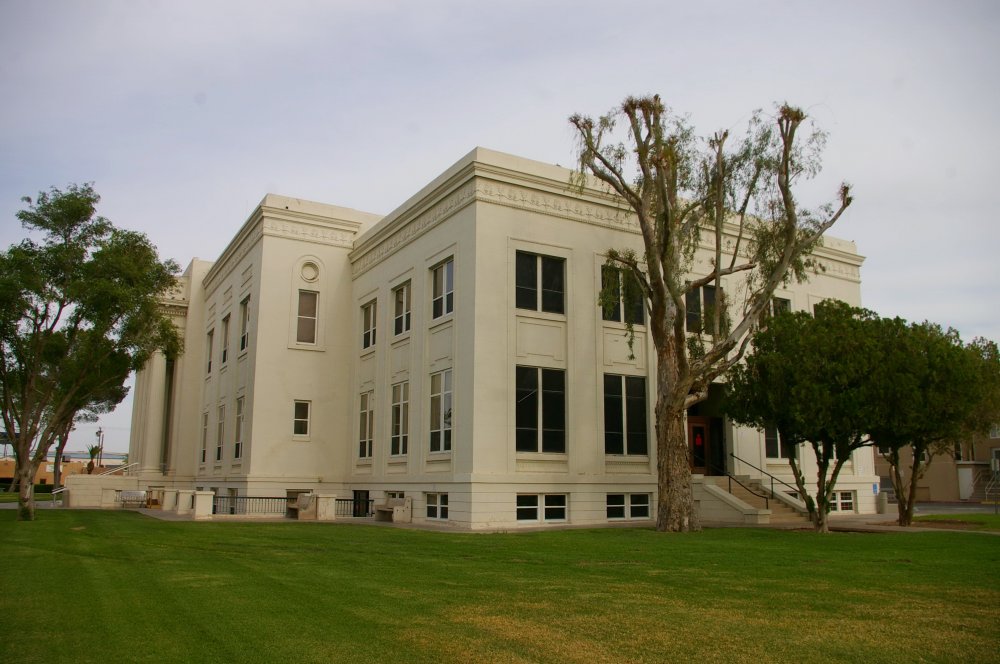 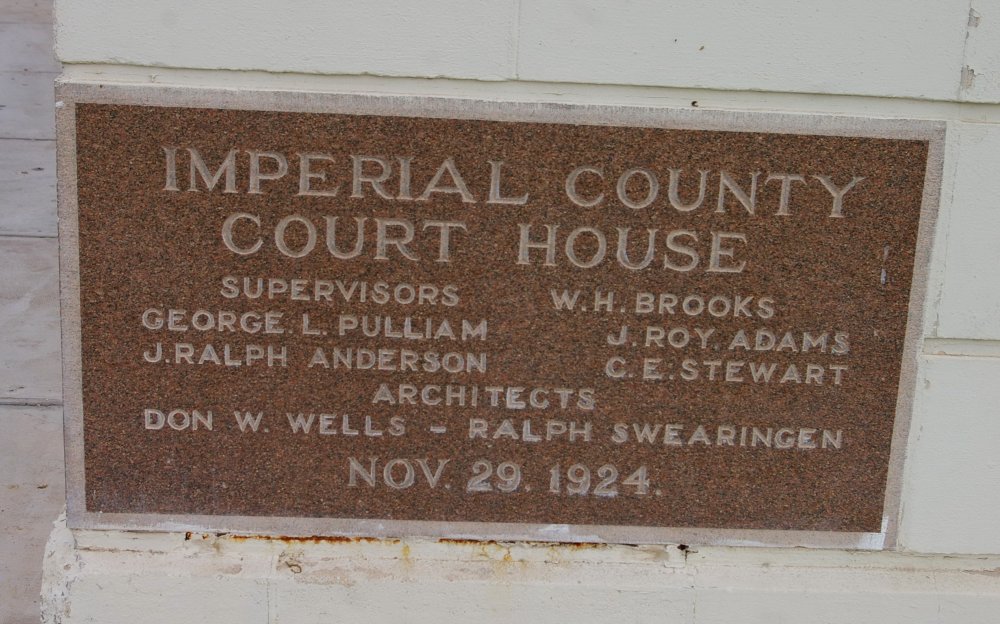 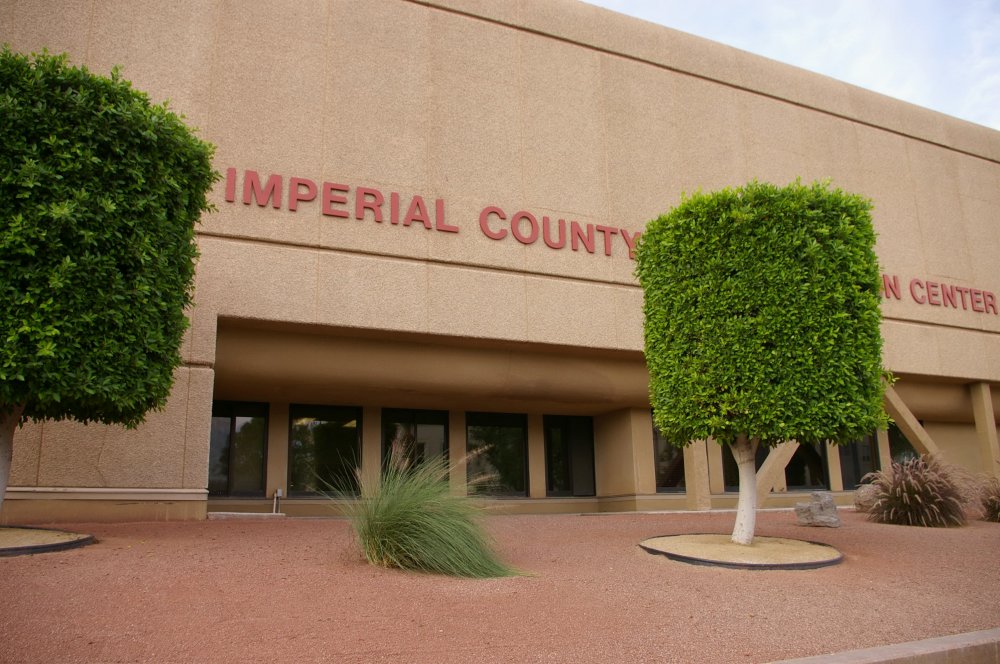 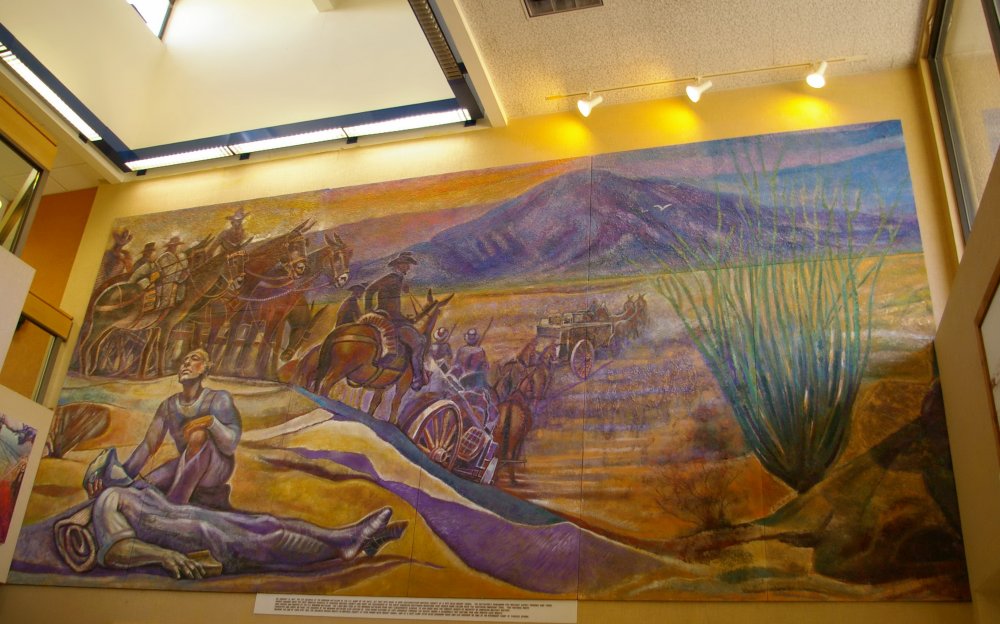 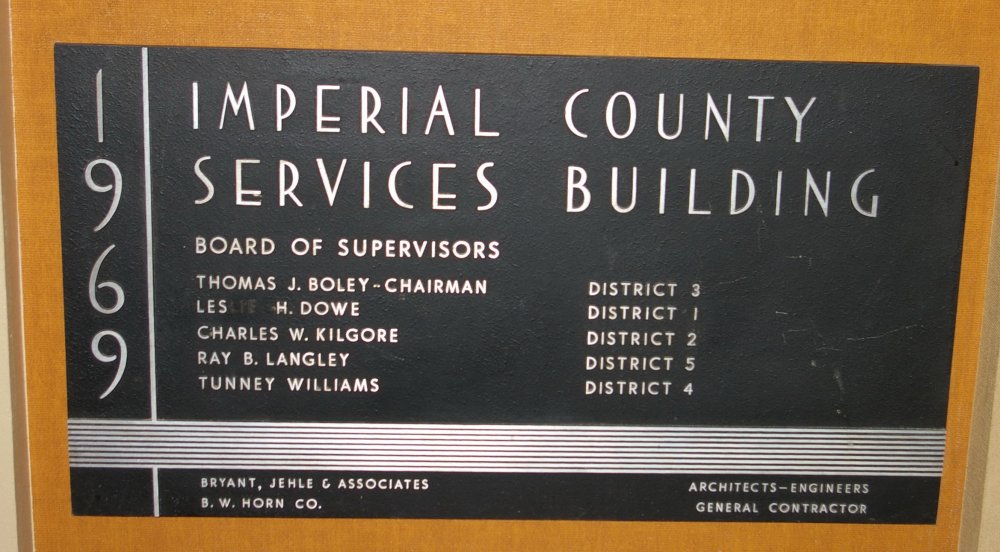