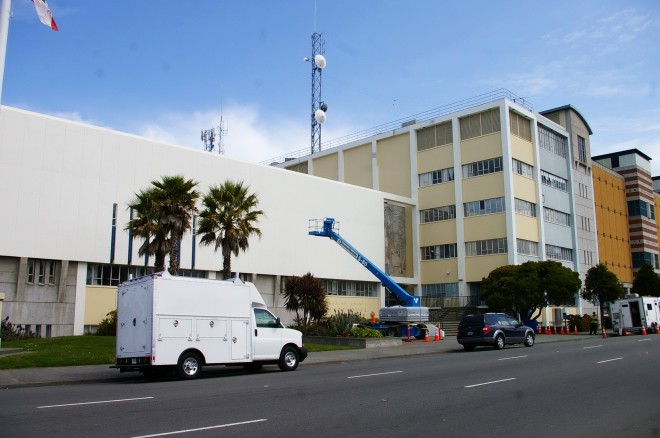 Humboldt County is named for Alexander von Humboldt, who was a German naturalist and explorer.

Description:  The building faces south and is a five story concrete and glass structure. The building is located on landscaped grounds in the center of the city. On the east side is the five story section with vertical concrete pilasters with horizontal windows between. On the west side is the three story section with recessed first story and white colored concrete on the second and third stories. At the junction of the two section is the glass entrance with large mural above. On the east side is the Jail.

Note:  The previous and first courthouse was a three story structure designed by Curtis & Bennett and built from 1885 to 1889. The building was torn down when the present courthouse was constructed and the old cornerstone was preserved. 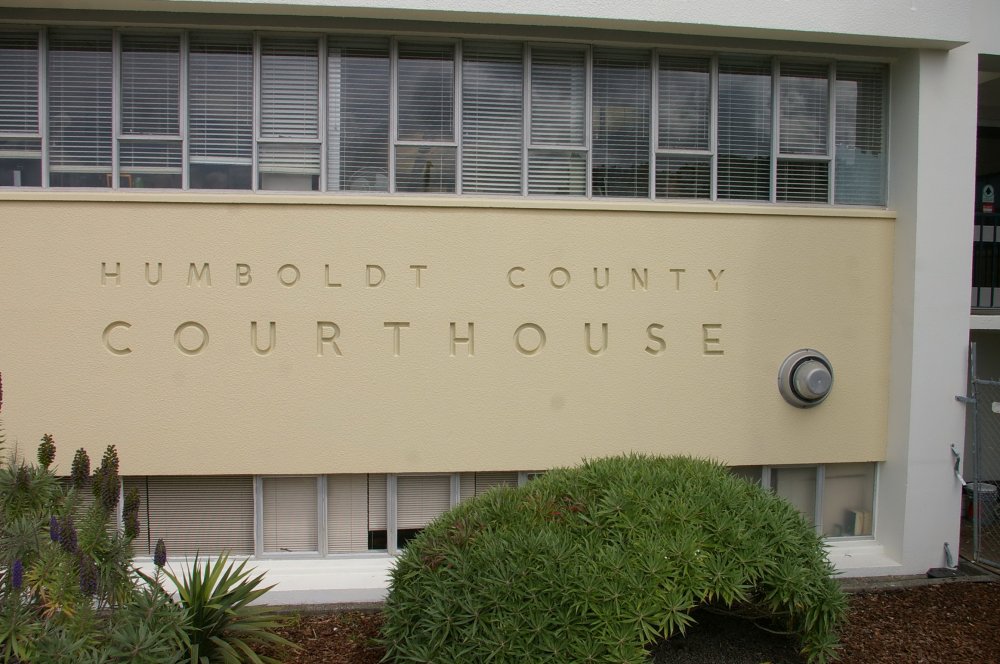 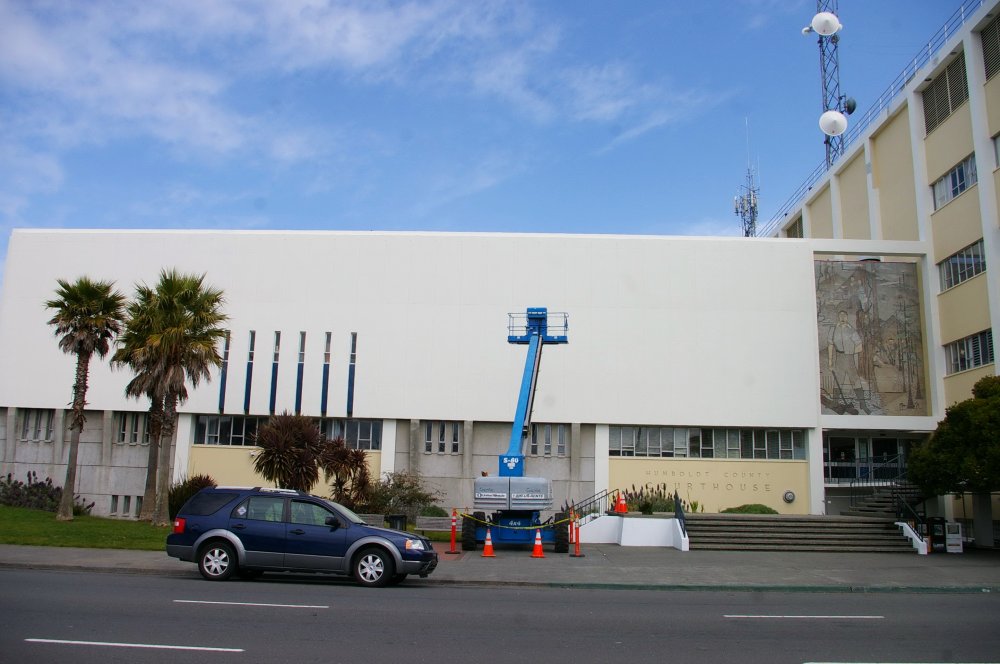 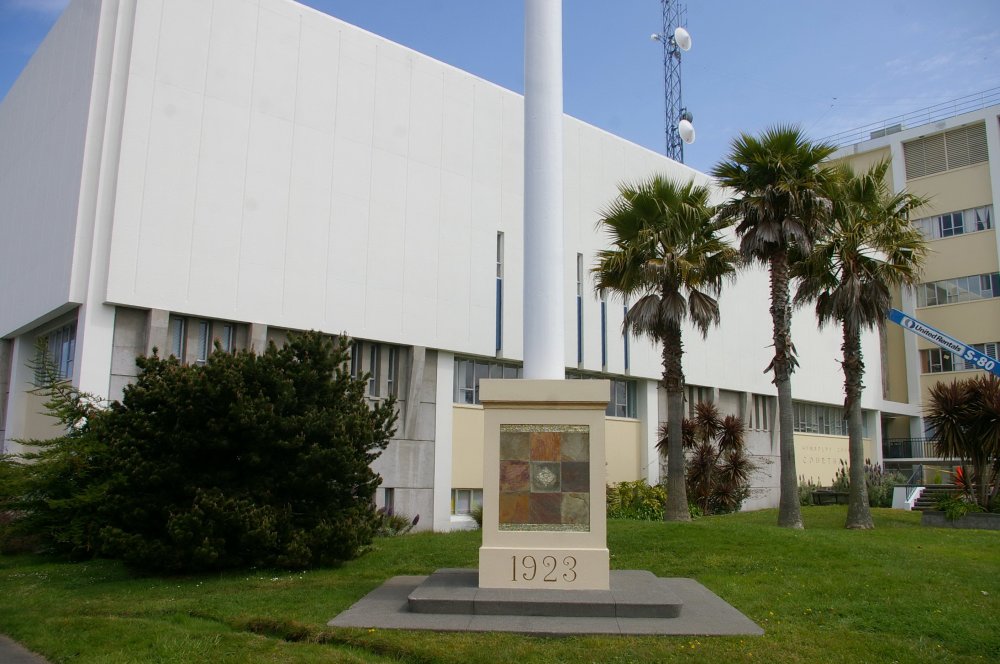 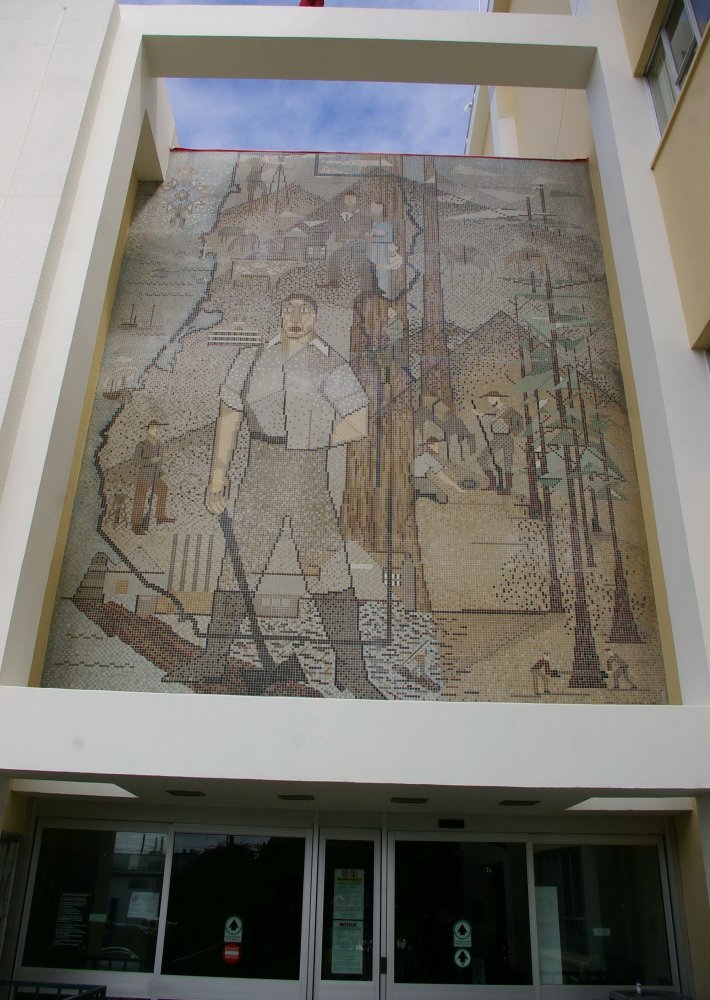 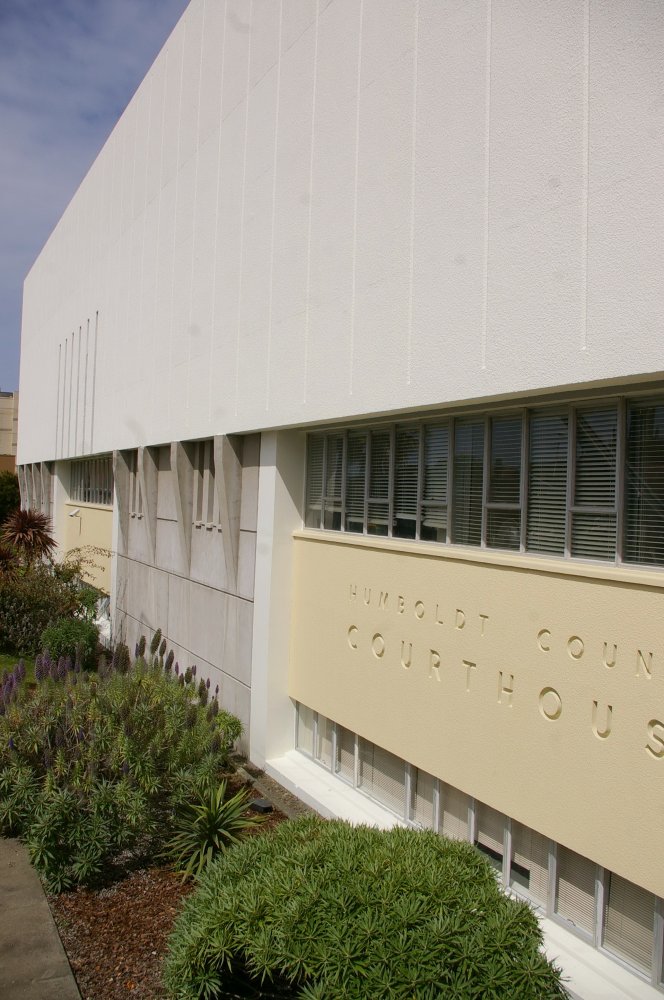 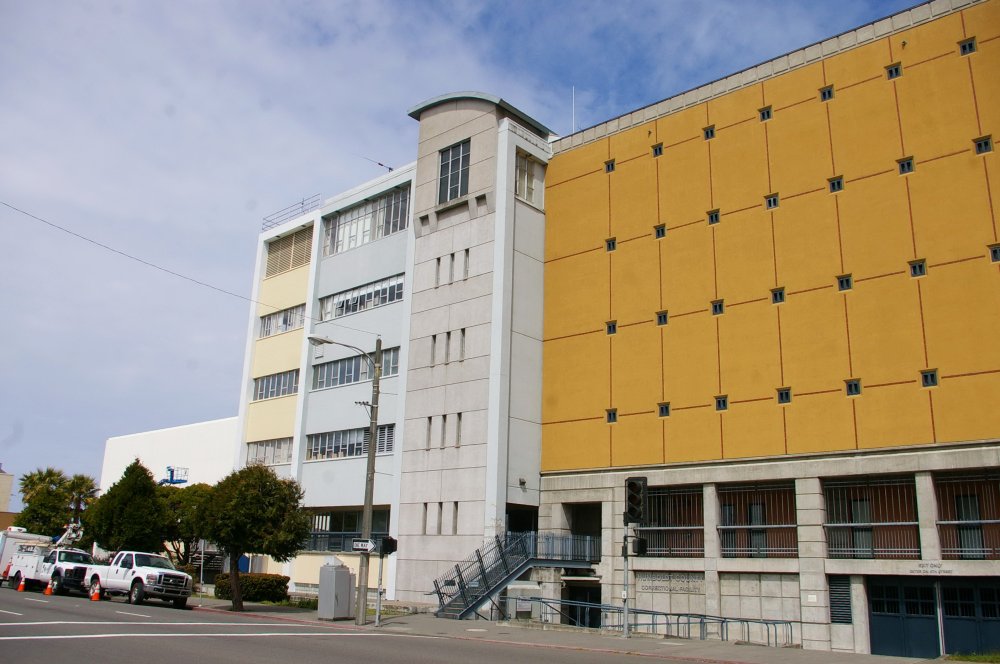 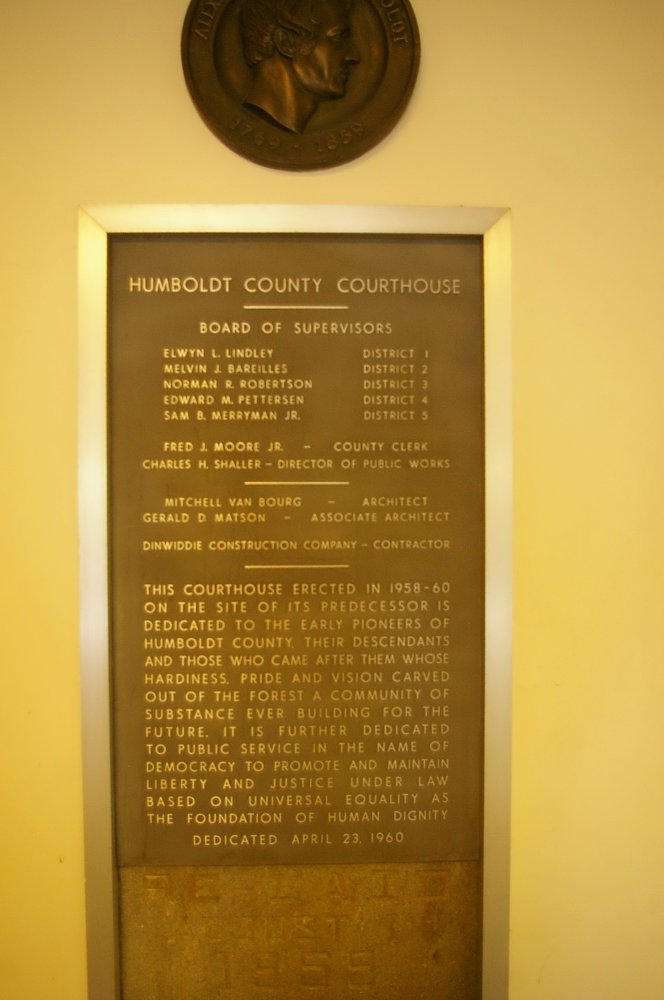 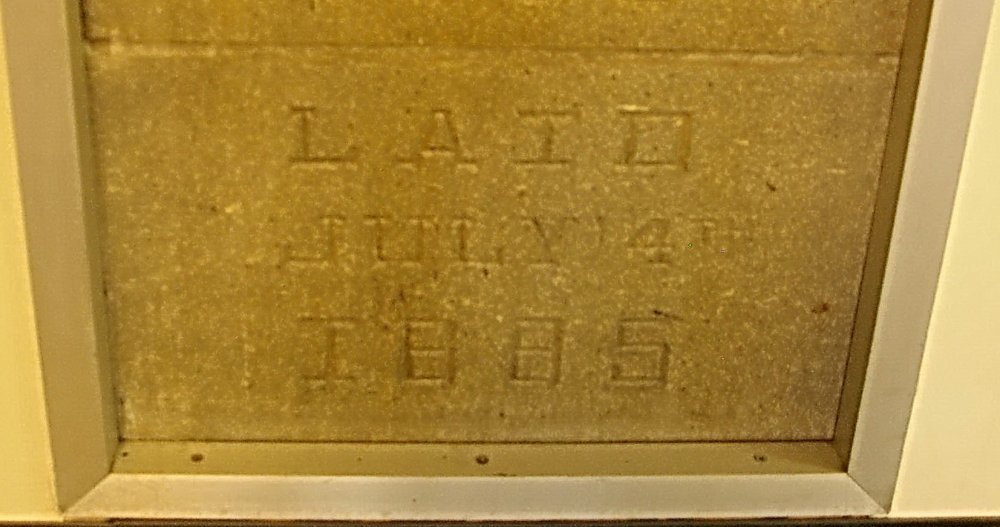