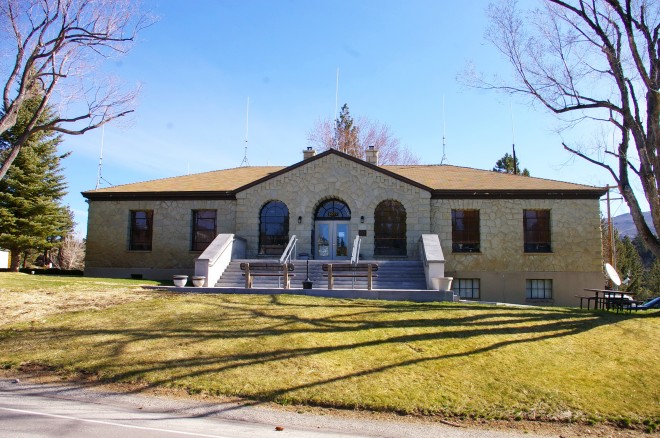 Alpine County is named for the alpine location high in the Sierra Nevada Mountains. 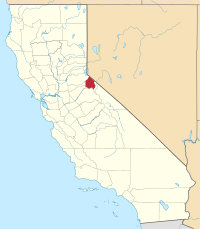 Description:  The building faces northwest and is a one story structure. The building sits landscaped grounds on the side of low slope in the center of Markleeville. The building is constructed of a light cream colored massive rhyolite tuff quarried from nearby Silver Mountain City. The northwest front has three arches with a central entrance on the first story. The roof rises to a peak. The roof is hipped. The interior has a mosaic entry hall with the large courtroom off the southeast side. The courtroom has two original oak and glass entry doors and built-in oak balustrades which separate the public from the formal section. The judge is placed behind another ornamented oak balustrade. The building houses the County Superior Court.

History:  The county was originally part of the Utah Territory and then the Nevada Territory until 1863. The county was created in 1864 and Silver Mountain City was selected as the county seat. The first county jail was erected. The county seat was moved to Markleeville in 1875. The first courthouse was the Odd Fellows Hall, a two story frame structure built in 1873. The second and present courthouse was constructed in 1928 to 1929 at a cost of $23,743. 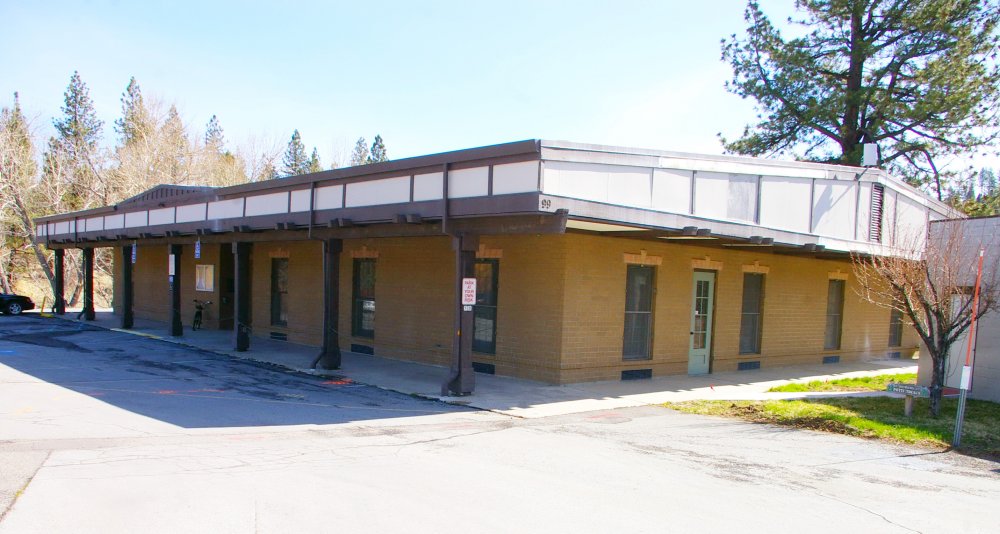 Description:  The building faces northwest and is a one story buff colored brick and concrete structure. The building is located on landscaped grounds in the center of Markleeville on northeast side of the courthouse. The building is square shaped with a long porch on the northwest side supported by seven pillars. The roof is low slope. 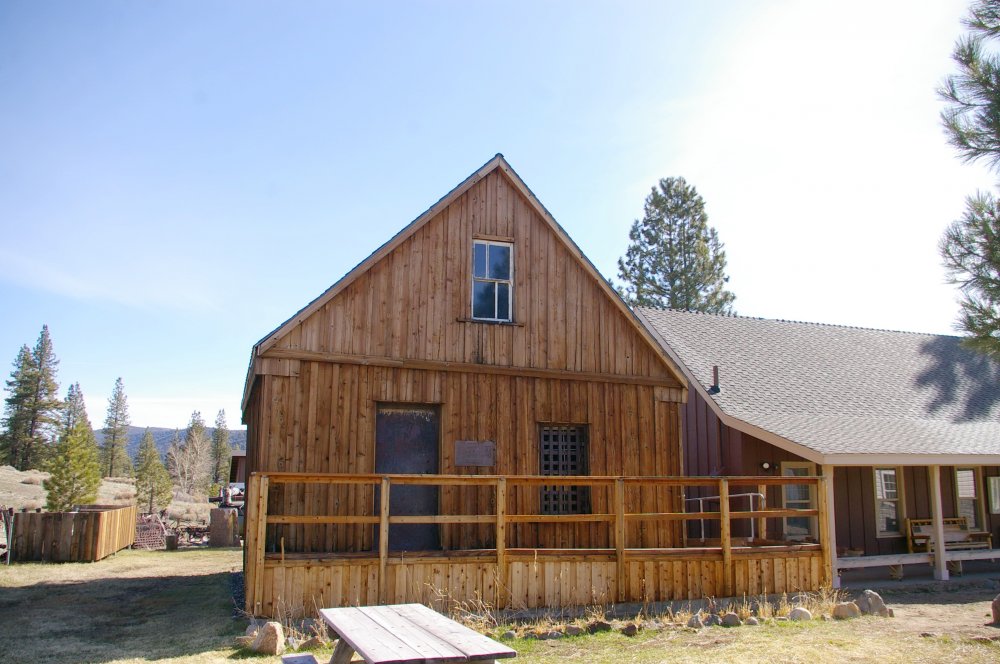 Description:  The building faces northwest and is a one story log structure. The building is located on landscaped grounds of the Alpine County Museum in the center of Markleeville. 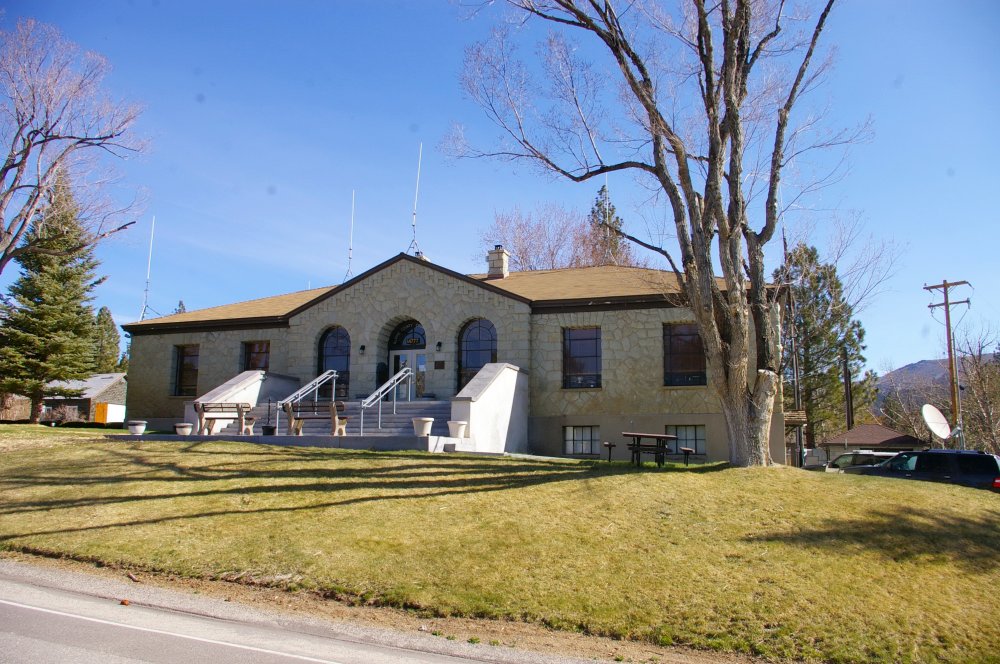 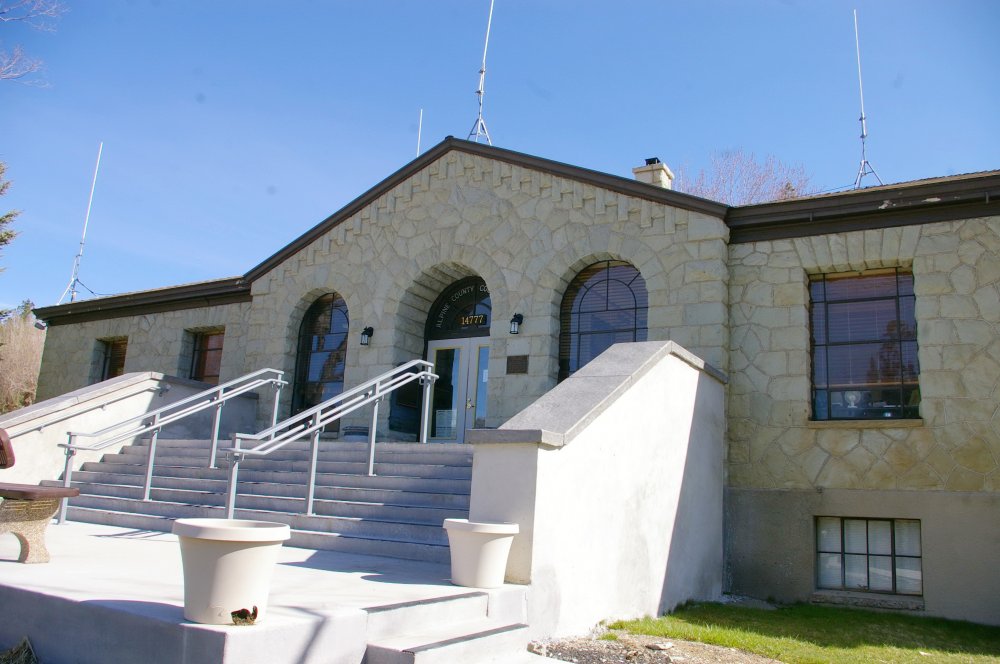 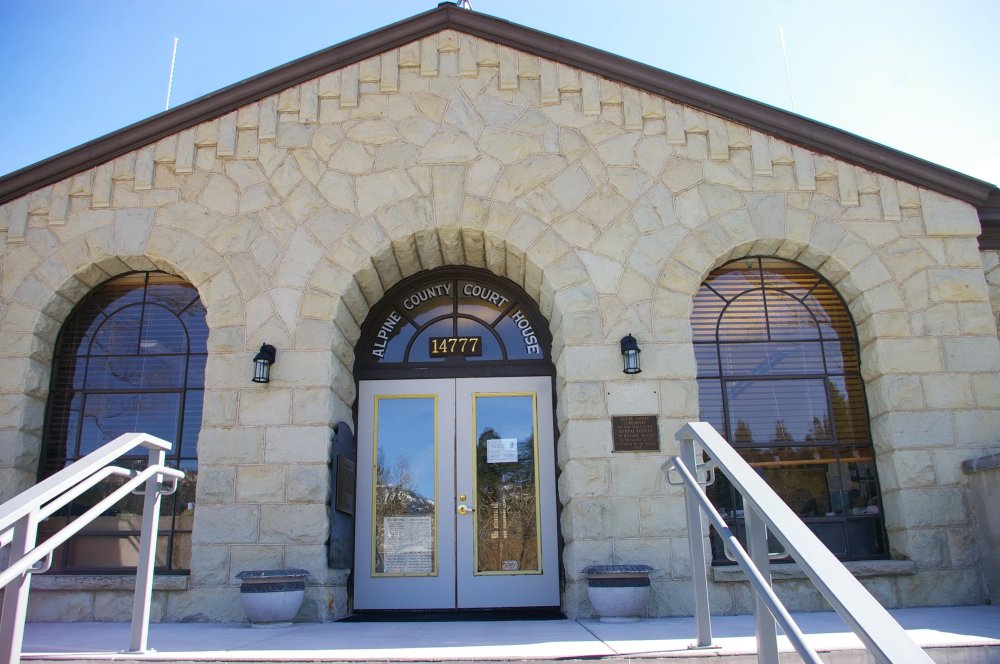 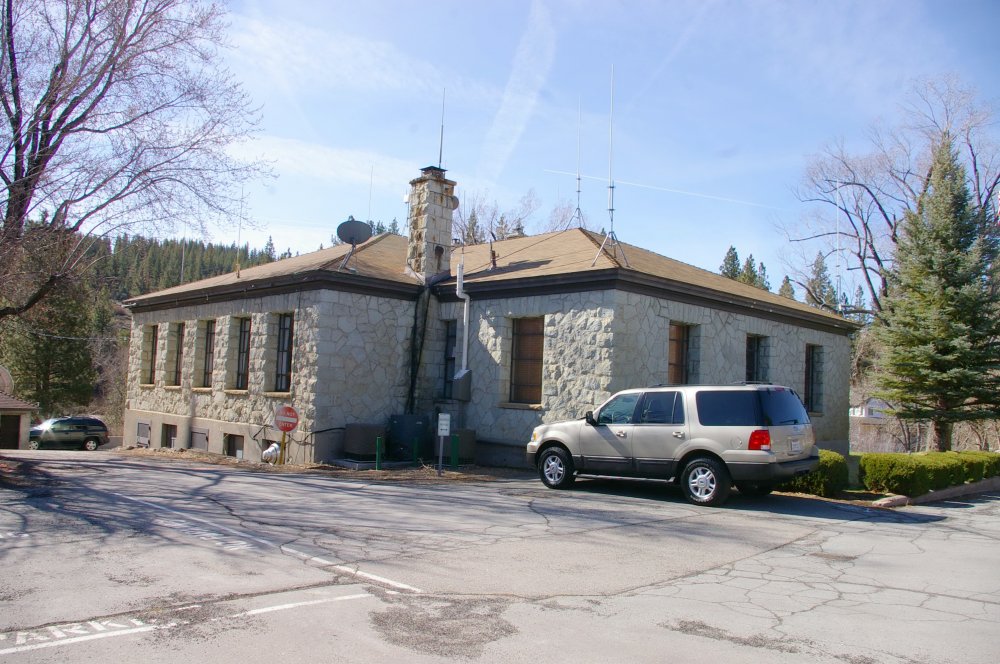 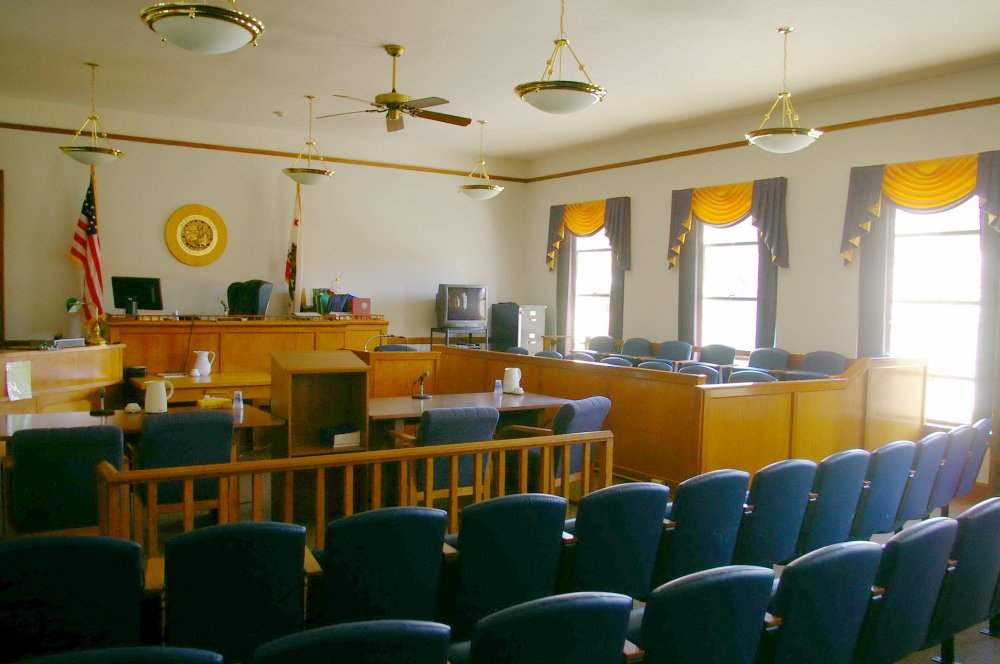 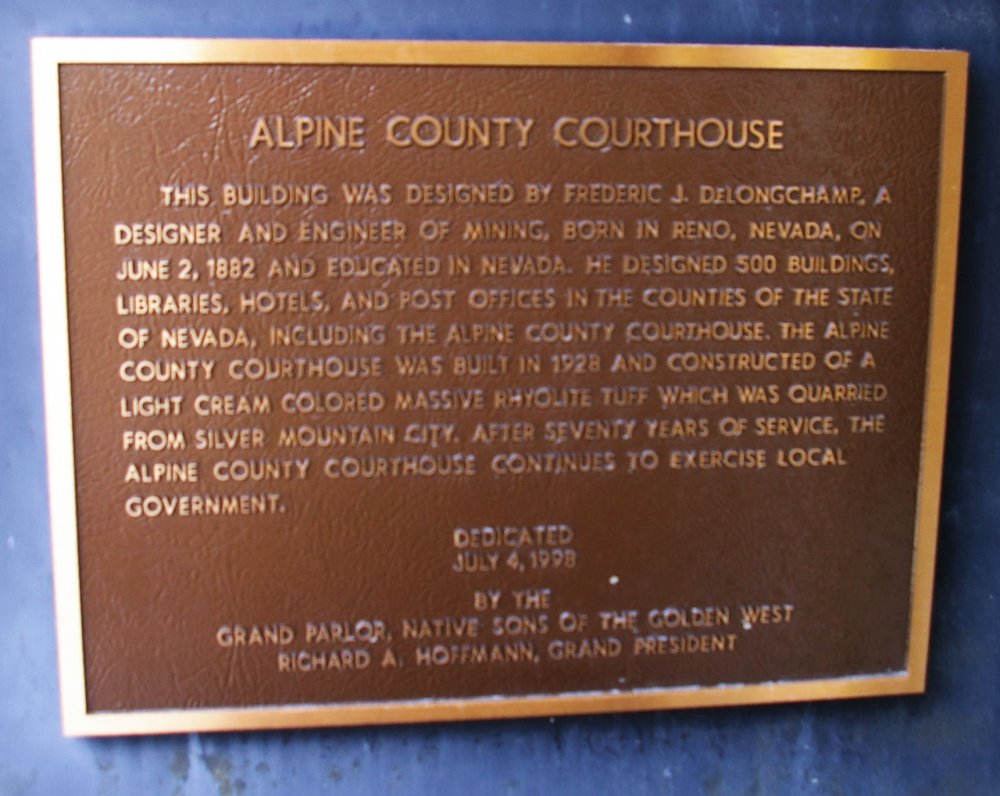 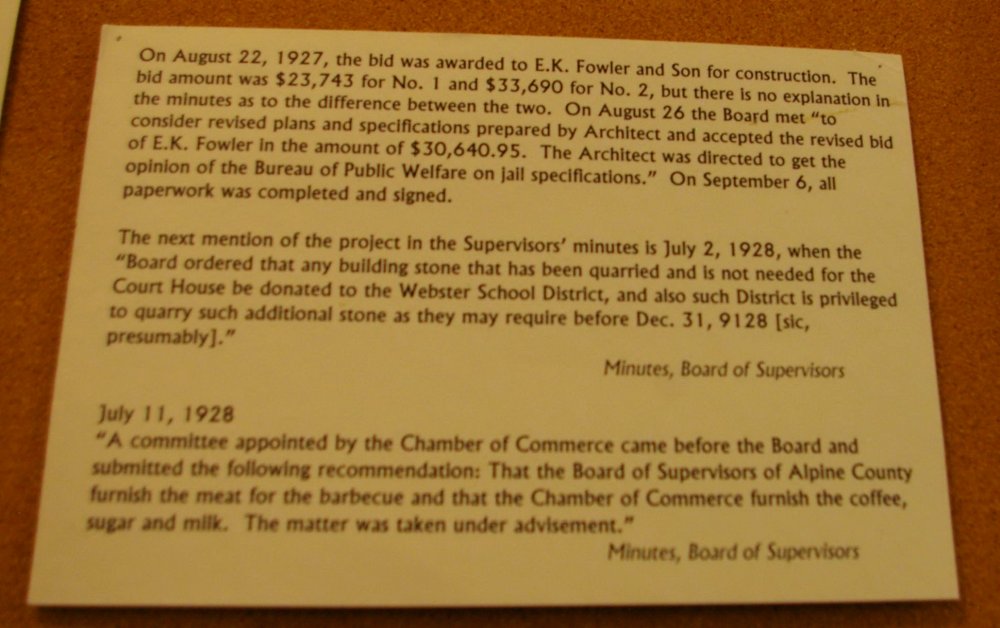 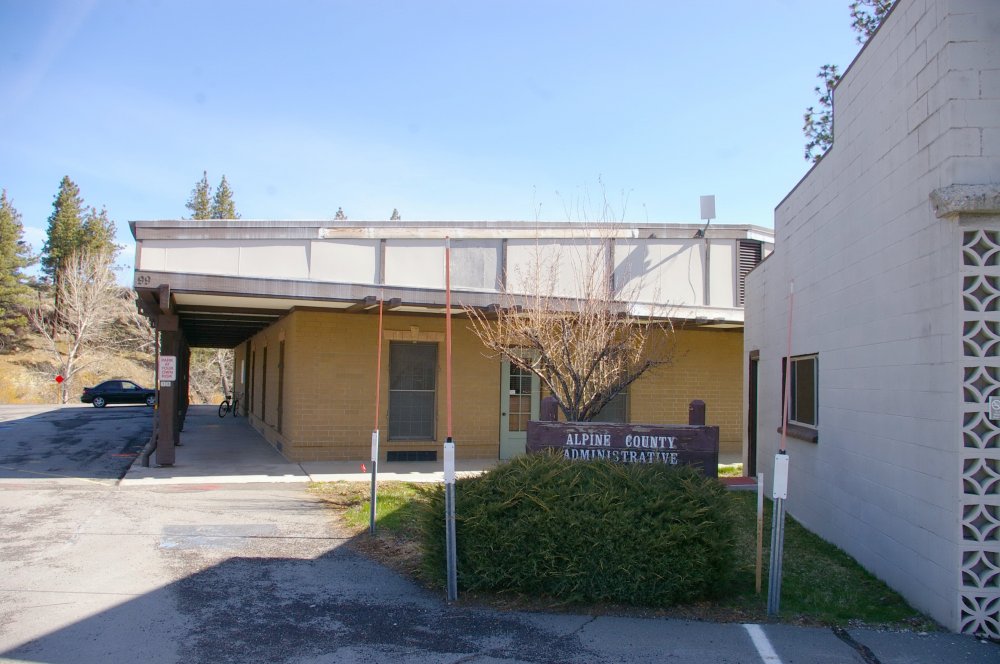 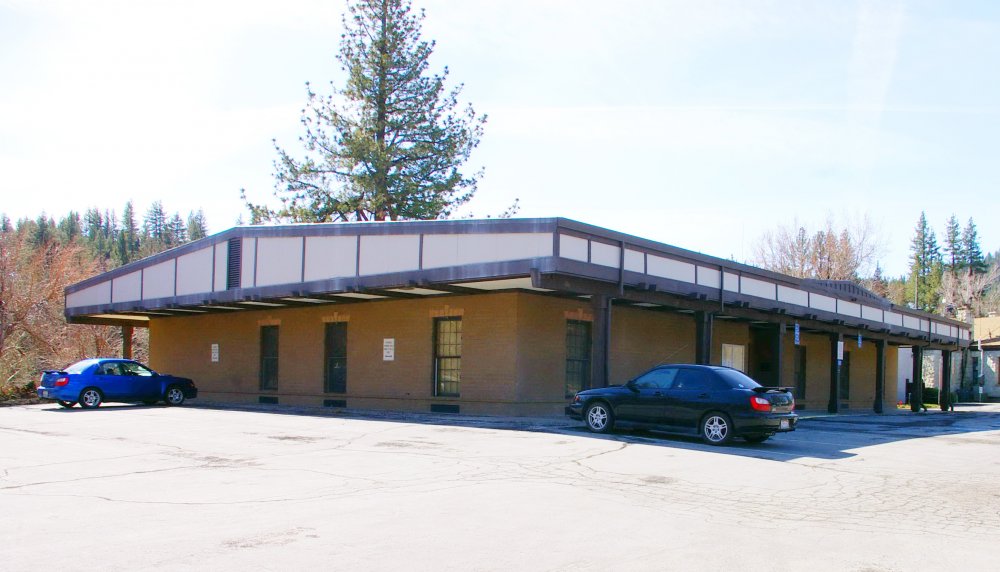 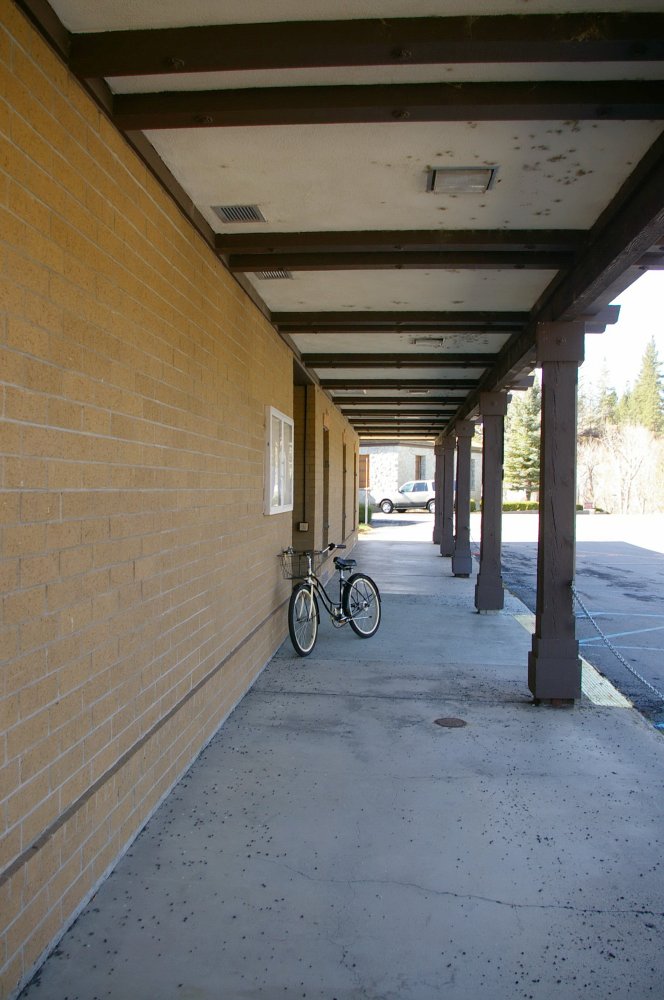 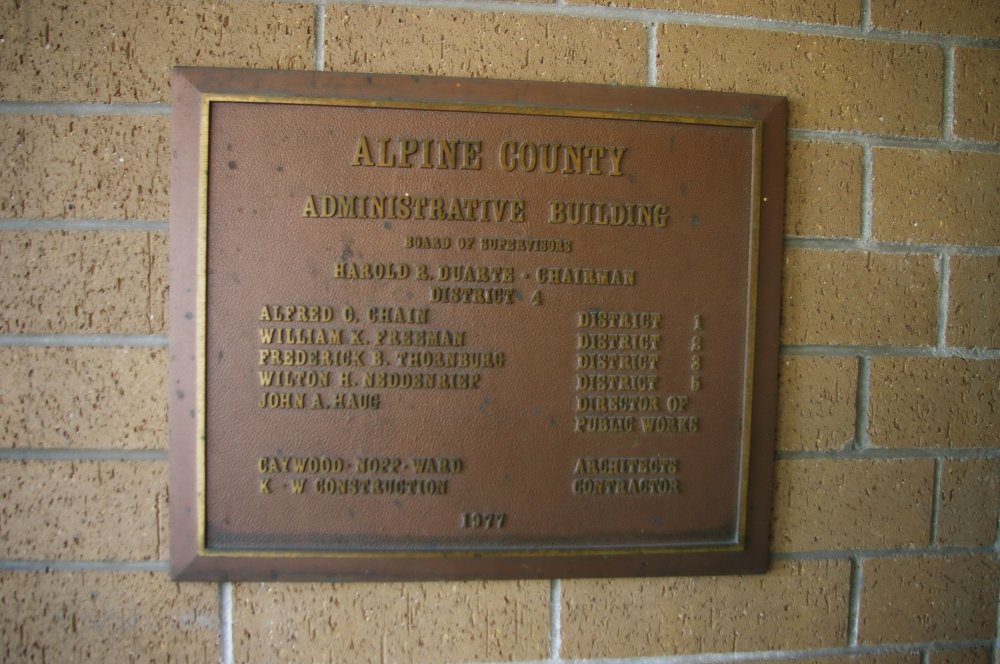